I was disappointed to miss the second day of exploration, but Montezuma’s Revenge was giving me a good working over. Eric Seymour was kind enough to supply me with pictures and a brief description of day two.

The group rappelled in below a fifty-foot waterfall that landed on rocks. We had scouted the gorge from above the day before and found two slides and one waterfall we guessed at forty feet.


Phil Boyer rappelling into the gorge. 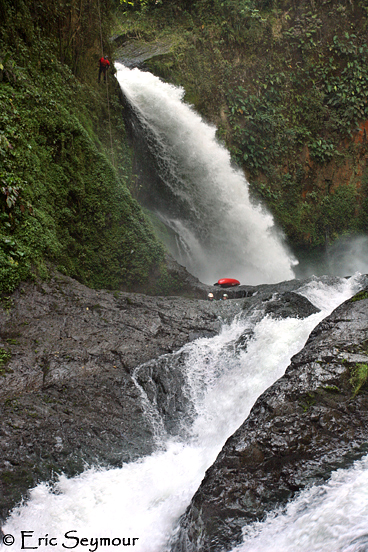 The first rapid was a big slide into a gigantic hole, which Ben probed without problems. 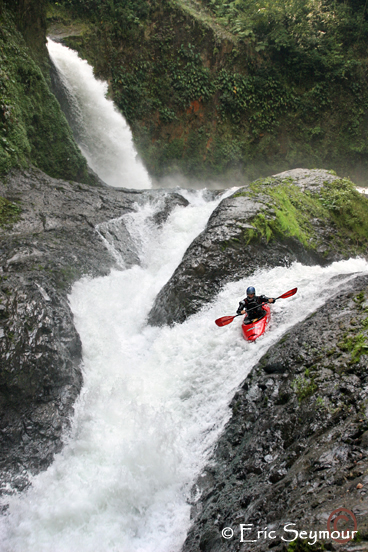 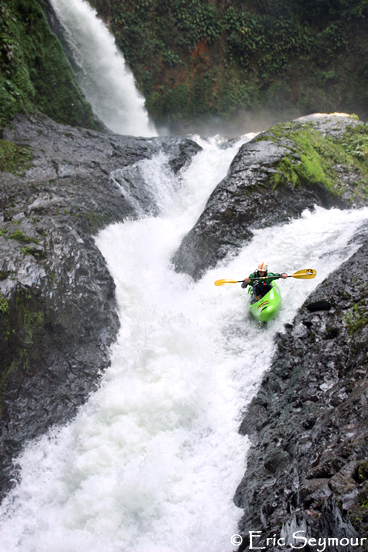 Next up for the group was a slide into a twenty-foot waterfall that landed in a boxed in cauldron at the lip of the larger waterfall. Eric probed this one, so no pictures of the entrance drop. After a clean run down the larger falls Eric signaled back to the group that the mandatory, unscoutable at river level waterfall was around fifty feet high. 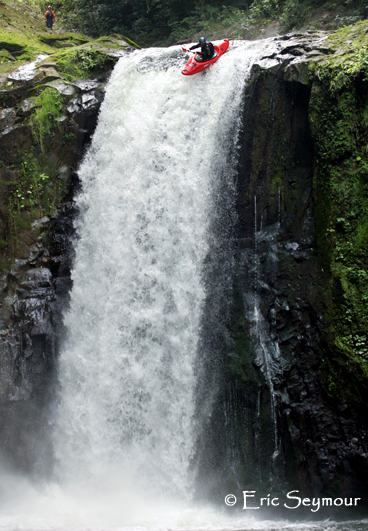 Eric has this to say about the waterfall “I also put in a photo of nick after he broke his paddle over his hip. He was in a lot of pain and not happy. Ben landed on his side and was not happy. Rafa lost his paddle and hand rolled up.”


Nick Troutman dealing with a good amount of pain. 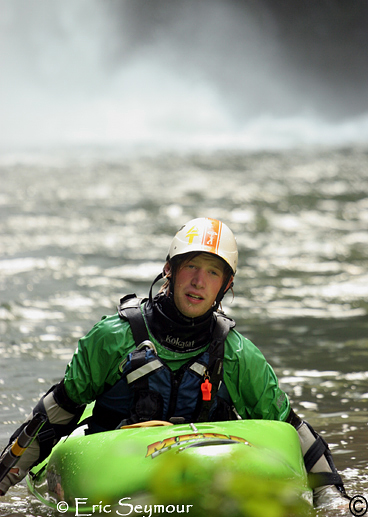 This run looks epic, and I am sure others will run it in the future! Thanks again to Eric Seymour for all the photographs.