Argentina & Chile
The road follows the canyon rim for the duration of the Bakers first gorge. We drive along and make a few side hikes, looking at the rapids from high above. We know things always look smaller from high above yet are fooled even with experience. Class II wave train...looks good to go. Energy levels rise as we finish scouting. It looks big, but how much volume is in the river we just don't understand.

Yoshihiro Takahashi slides into the beautiful Rio Baker a few kilometers above the Neff confluence. 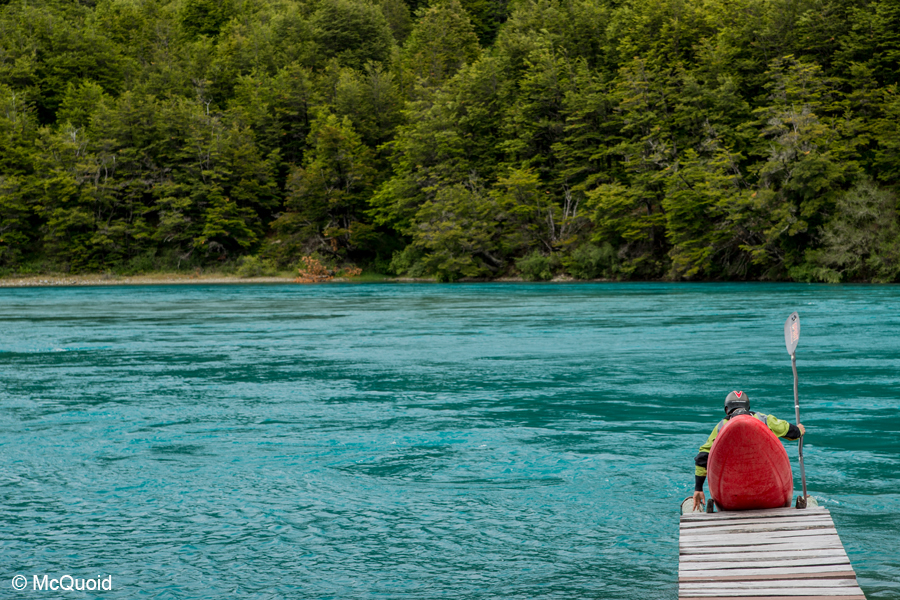 A dock for each person, Rok Sribar. 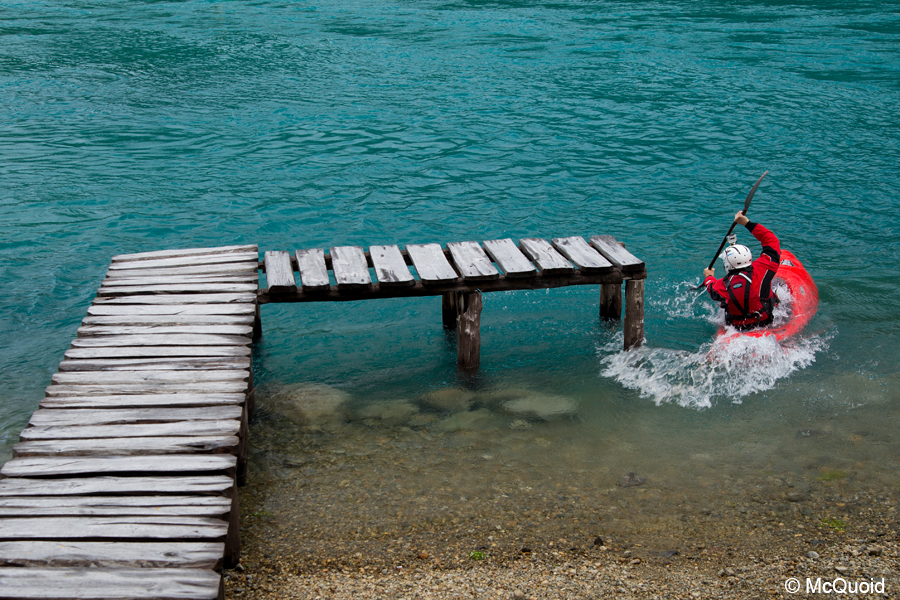 The first few kilometers are scenic and we float along enjoying the water color. There is only one rapid before the confluence with Rio Neff where the water color changes due to the silty brown-grey Neff. Salto Neff is a magnificent rapid, with what I believe to be the largest hole I've ever seen. Contemplating running it is truly terrifying. 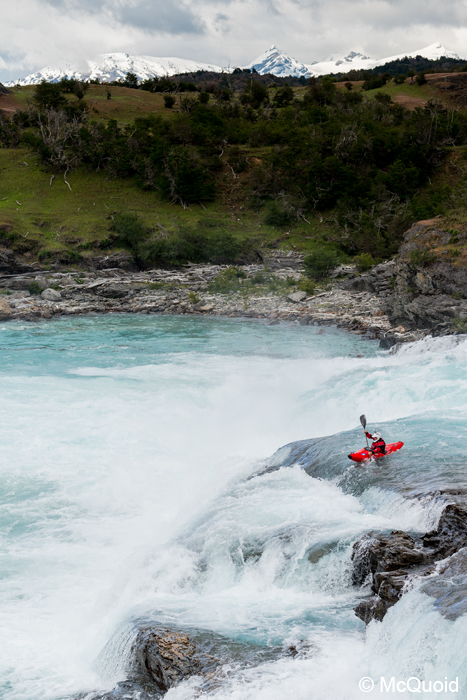 The far river left channel is most commonly run, Yoshi Takahashi lines it up. 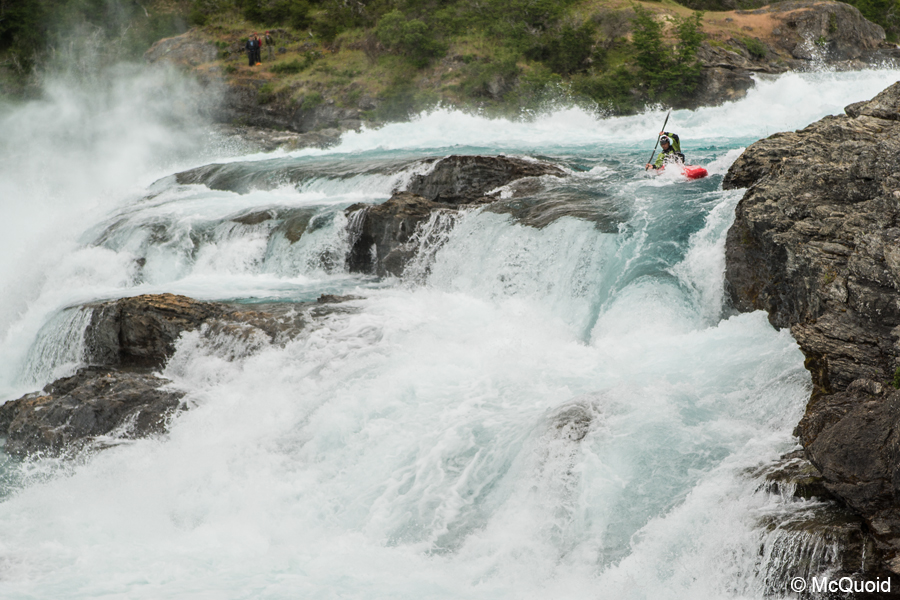 Below Salto Neff is one of the few places where you get a sense for the volume of the Rio Baker. It's more like an ocean than a river, it literally haves waves even in the pool.  Andrej Bijuklic. 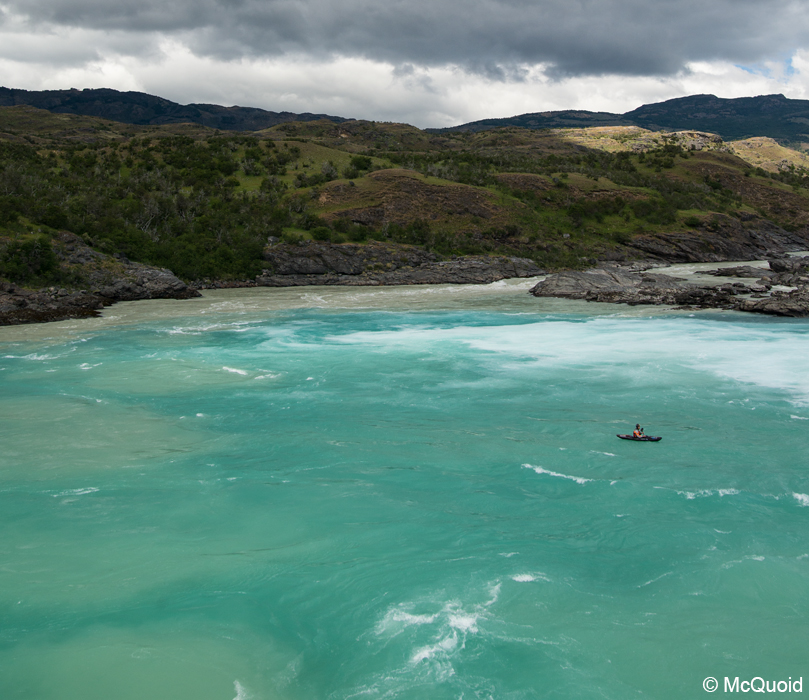 From below, Rok Sribar takes the left line of Salto Neff. 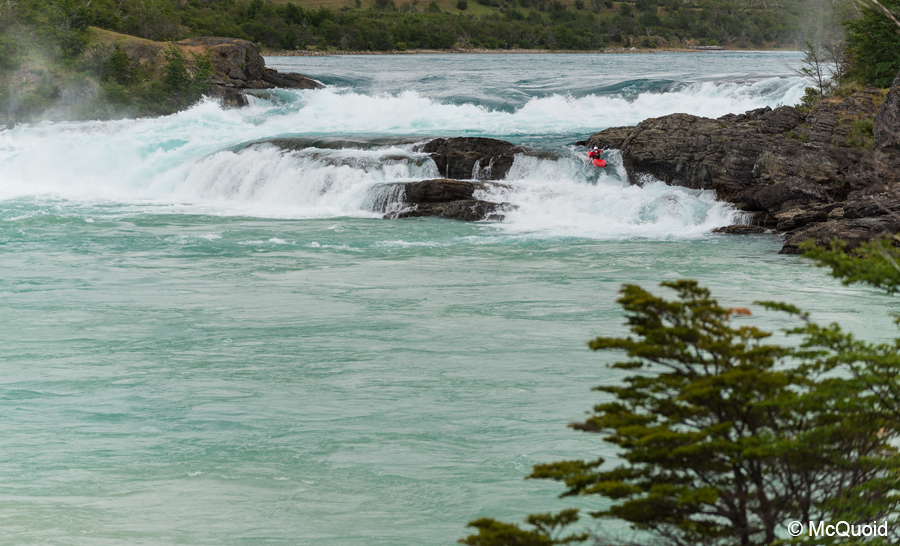 We'd heard rumors of someone accidentally missing the line up top at Salto Neff and going down the main hole. I did some research and found that the main hole has been run, but not on accident. What puzzles me most is how the first person to run it managed to fit balls that big in a kayak. Aniol Serasolses, Ron Fisher and Arnd Schaeftlein all gave it a go.


If you've been there you understand...Aniol Serasolses heading right on Salto Neff. Photograph thanks to Jakub Sedivy. 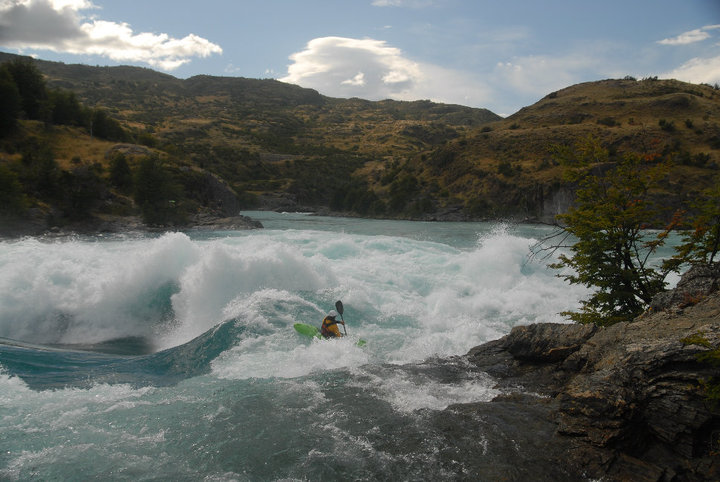 Past Salto Neff the Rio Baker descends into a gorge with four rapids. The amount of volume, an estimated 60,000cfs, in such a tight canyon is the true definition of dynamic. The river is always changing, but thankfully only has a few key spots to avoid.
Igor Mlekuž getting right of the hole in the first rapid, which leads directly into the second rapid, a very large wave train. 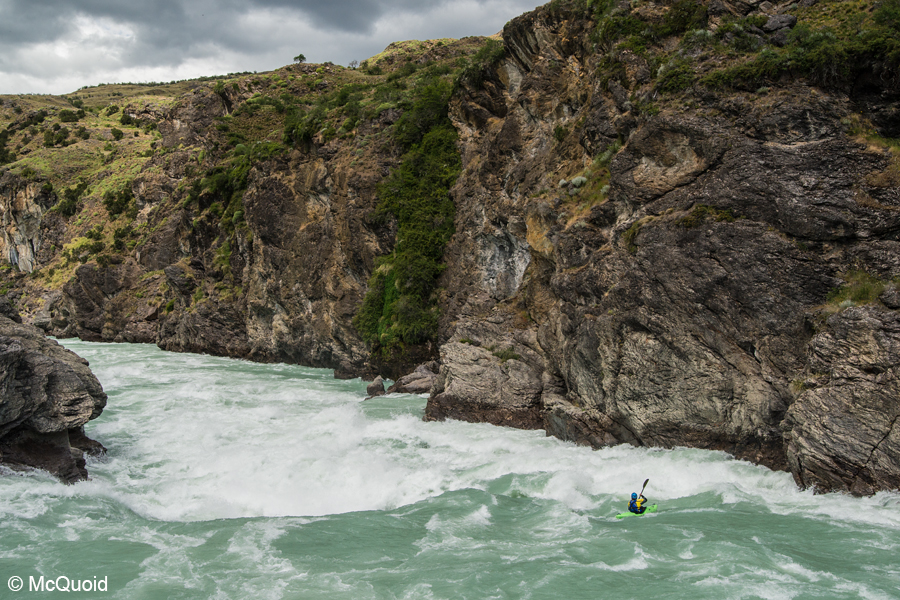 Rok Sribar and Yoshi Takahashi above the third rapid. 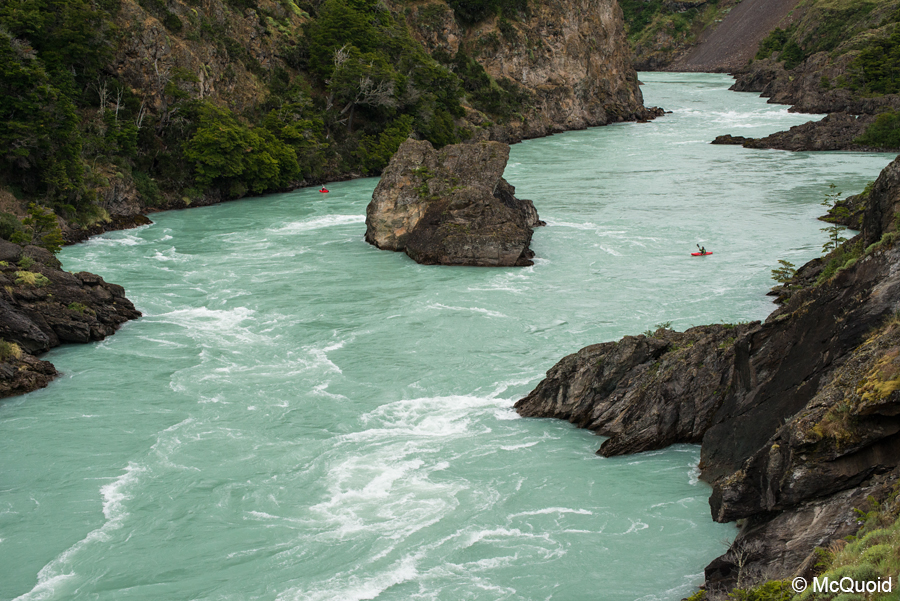 The hard part about the third crux rapid is staying on line coming in, the boils are so big they will move you twenty feet in a second or two. A hole on the top left must be skirted, but a large eddy is waiting on the right as well. We've heard of people getting into this eddy and having to portage out, no easy task as getting out of a kayak in an eddy that surges 10' is no small task. 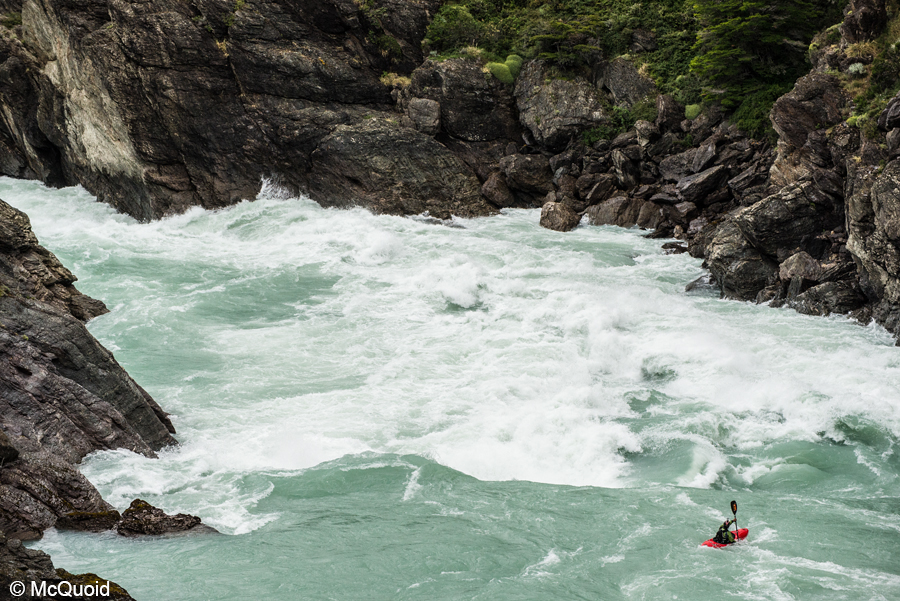 It's hard to see, but the river drops about fifteen feet into the first wave. Take a moment to ponder the wall of water Rok Sribar is about to crash into. 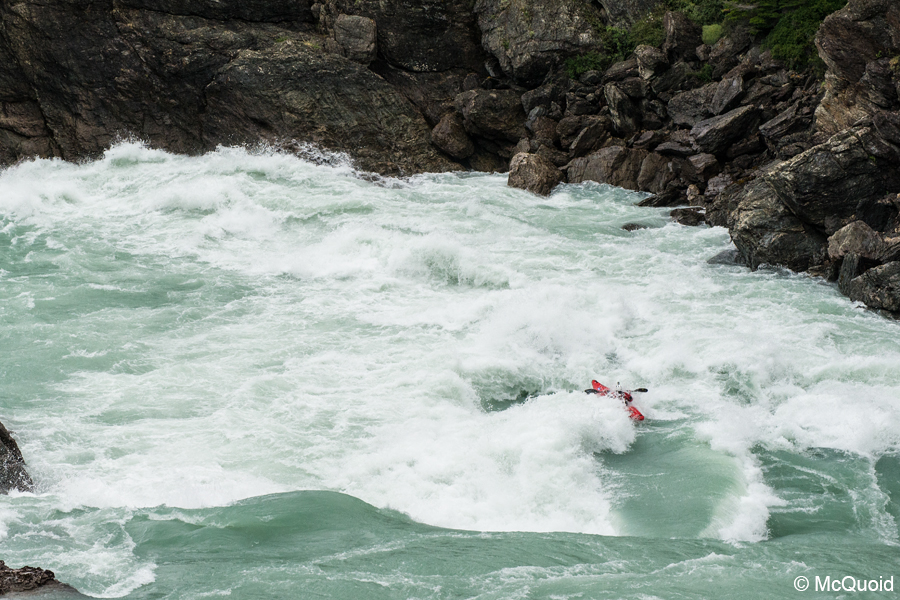 A final rapid waits at the exit to the gorge, it has a classic big water line cutting between two holes. Igor Mlekuž. 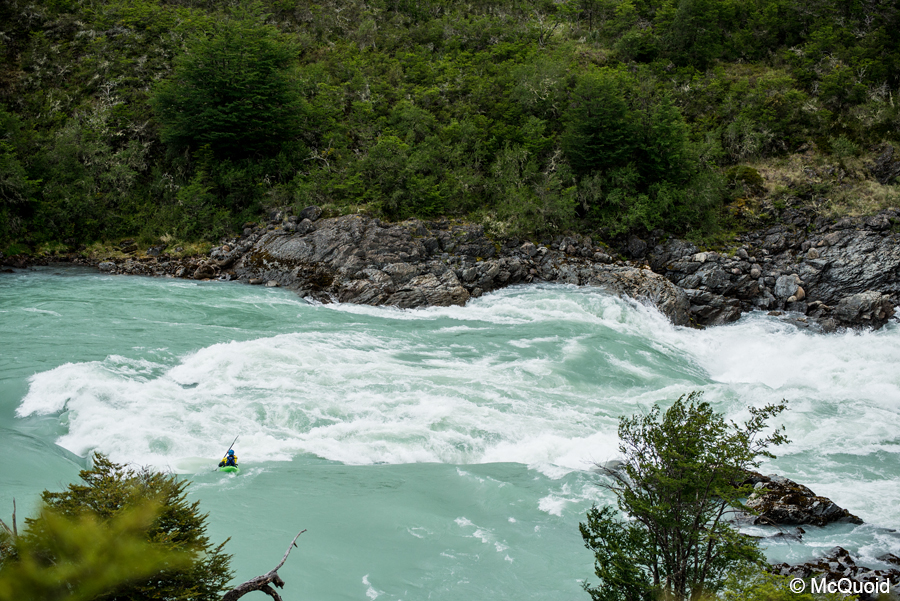 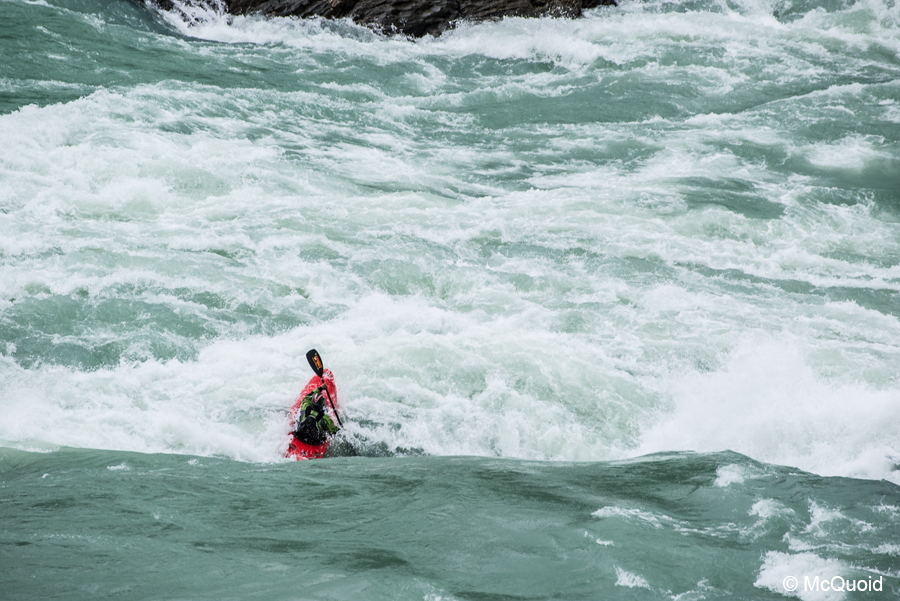 The second canyon has no real "rapids" but is full of big eddy lines that will pull a creekboat under. It's often more exciting than the first gorge, but all read and run.


Team Suran loads up at what you would think is a footbridge, until you see a dump truck go over it. 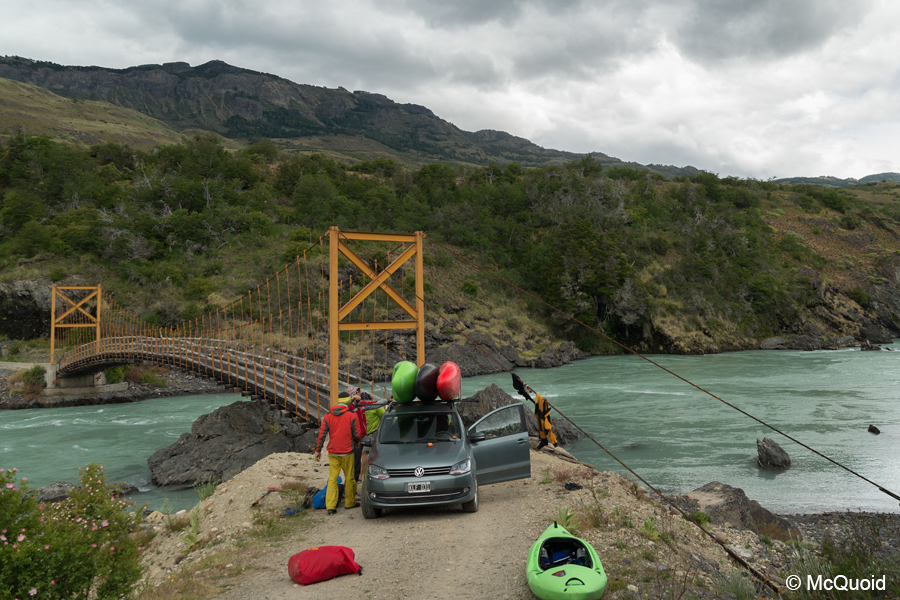 I've heard many a story of how remote the Rio Baker is. It is remote, yet it isn't. The amenities are there if you're willing to pay, and have been for years thanks to it's popularity for fishing. It's normally warm and sunny at Rio Baker, but we are here quite early in the season and it's off and on rain the whole time. With temps around 44f/6c we're sick of camping in the rain manage to secure off season rates at a nice cabin. The second we get the fireplace going it's worth it. 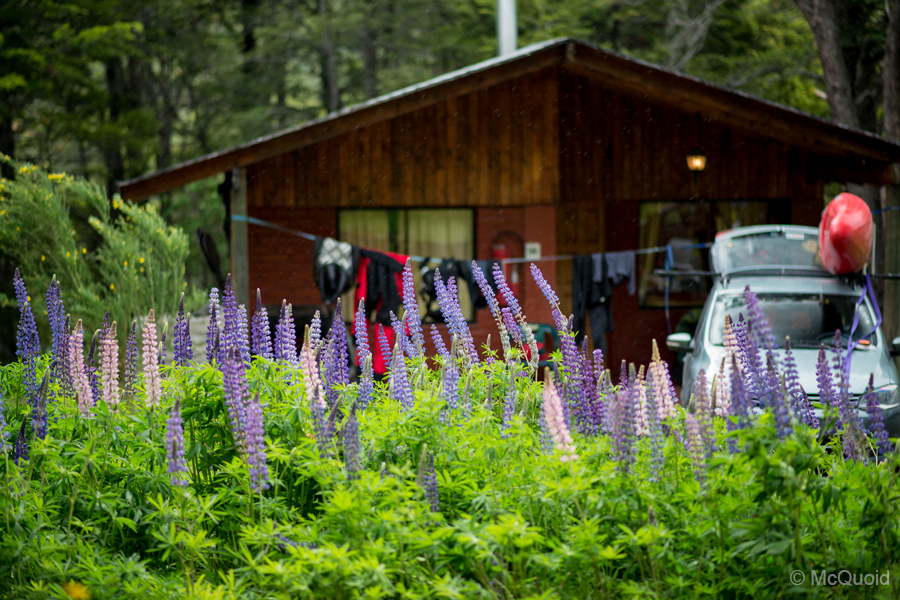 Paddling the third canyon of the Rio Baker.