We're on a limited schedule and choose to drive through the night to the port. It's just a shade under 600km from Bovec to Livorno, Italy. As it's dark we don't see anything. We wake up ready to board the ferry to Corsica, a few of us getting our first look at the Mediterranean.

It's a busy port with an interesting mix of old and new buildings. 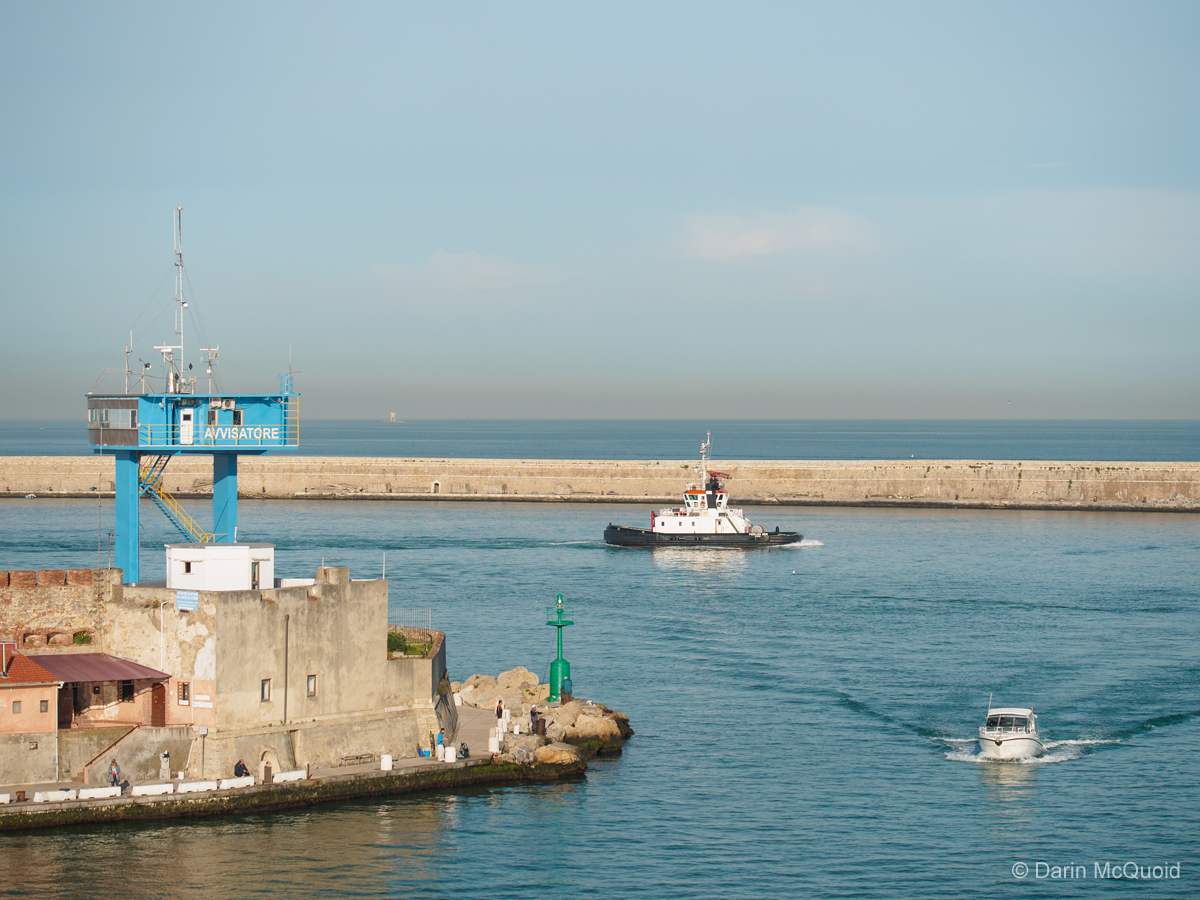 Interesting, rare to see many people fishing in a commercial bay stateside. 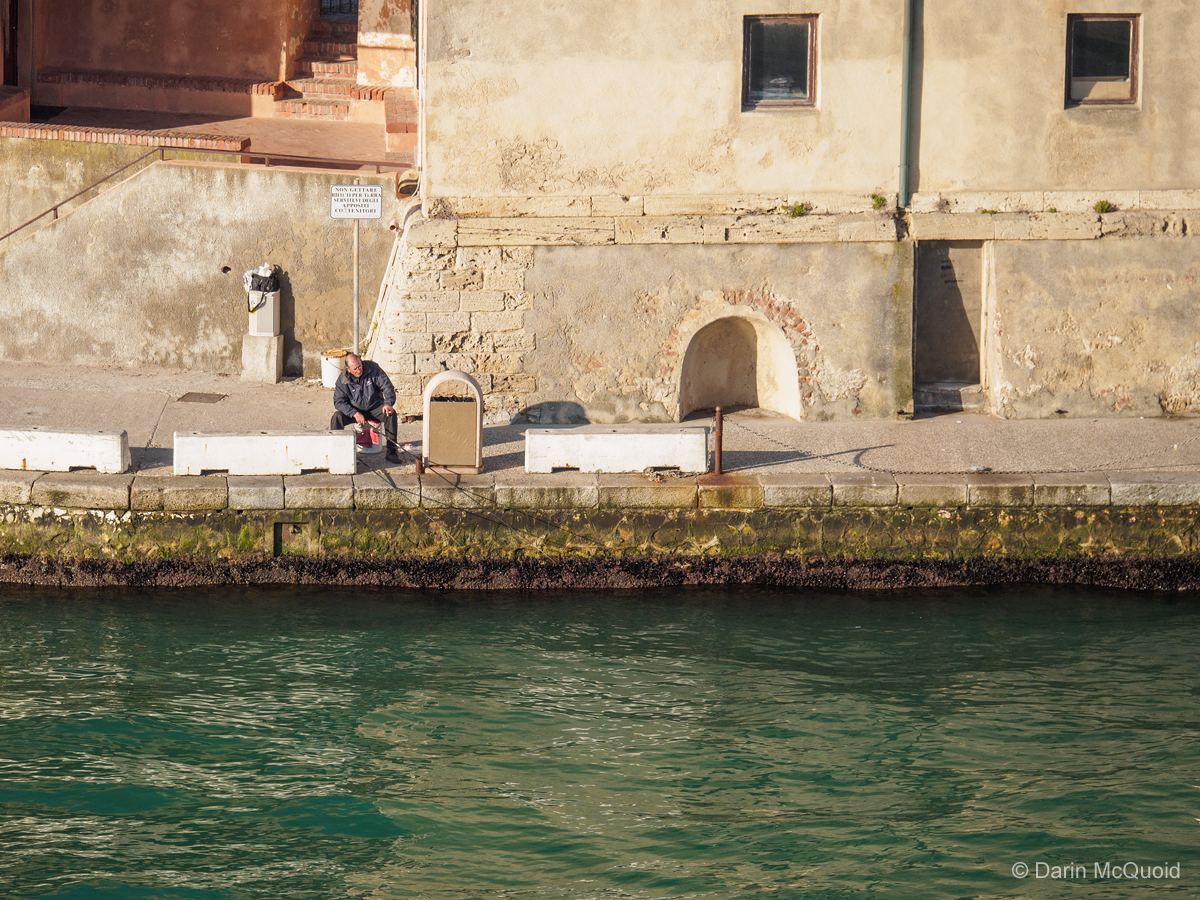 A sailboat breezes by with Isola d'Elba in the background, reminding me of where the trouble comes from in the Count of Monte Cristo. Seeing how close it is to Italy and his home island of Corsica, it's baffling this is where they exiled Napoleon. 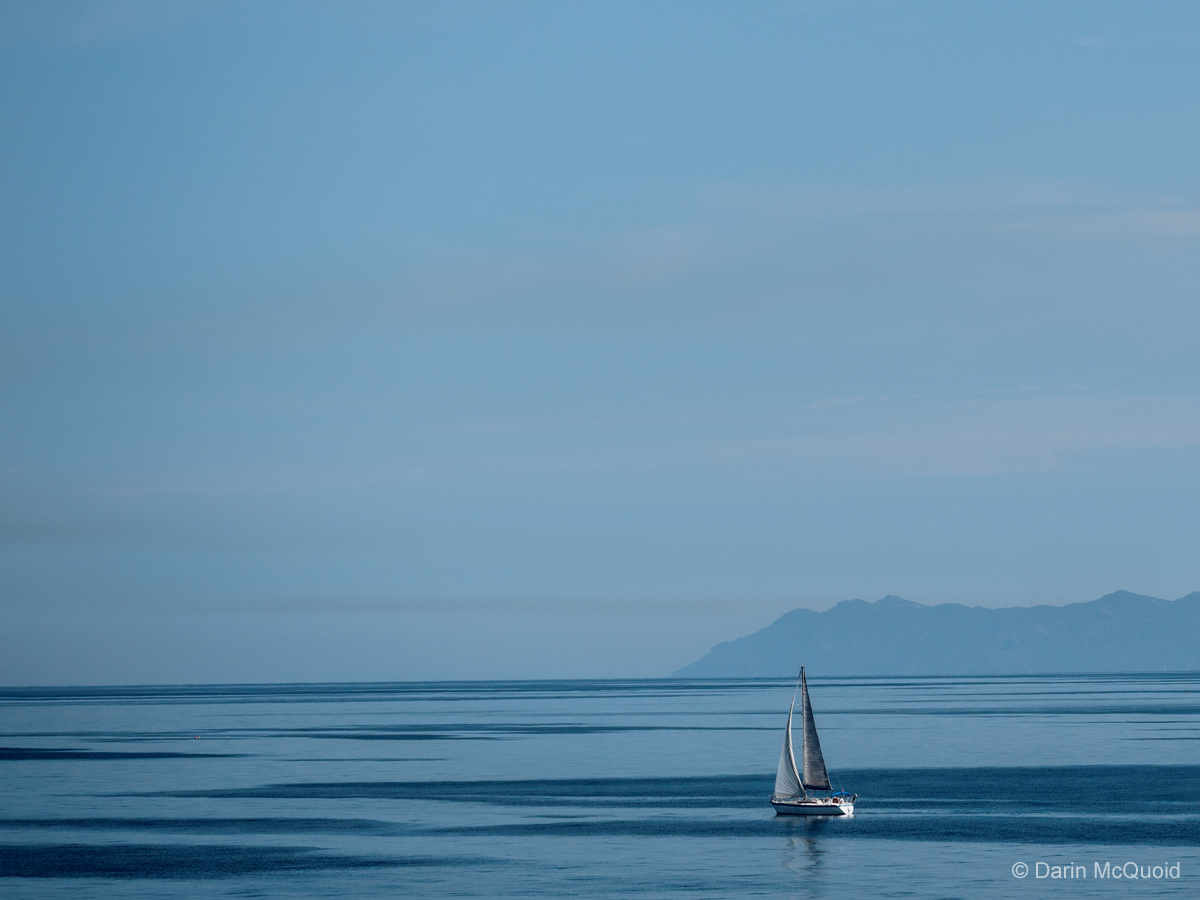 Turn around and we've arrived in Bastia, the second largest city in Corsica. The influx of kayakers here is fun to see. 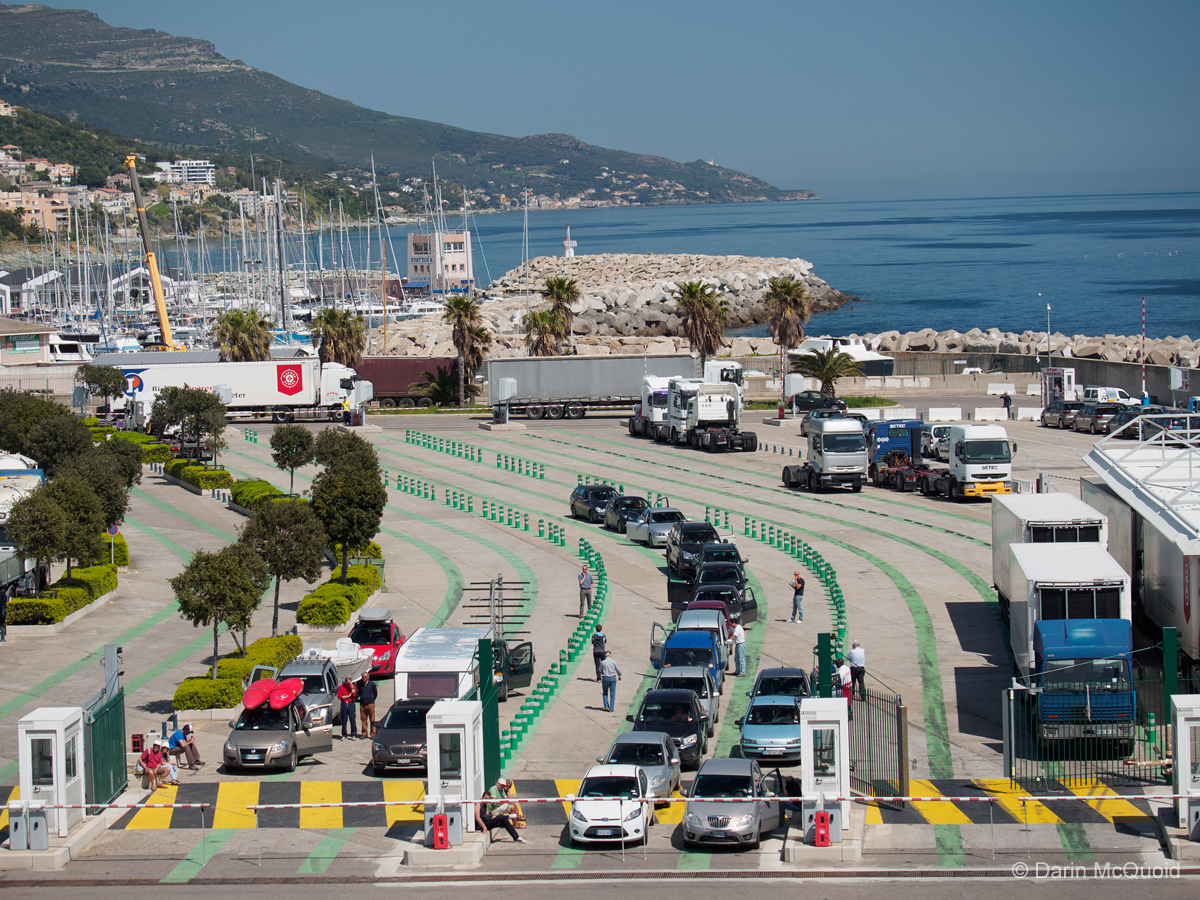 We land just after noon and the day  is progressing rapidly, we head two hours south and a bit inland to Ghisonia to meet up with Toro, Rok's friend from Switzerland and make a quick run down the Upper Fium Orbo. The run starts off full of fun boulder gardens. This seems like the perfect flow. We cruise down as Toro knows the lines. 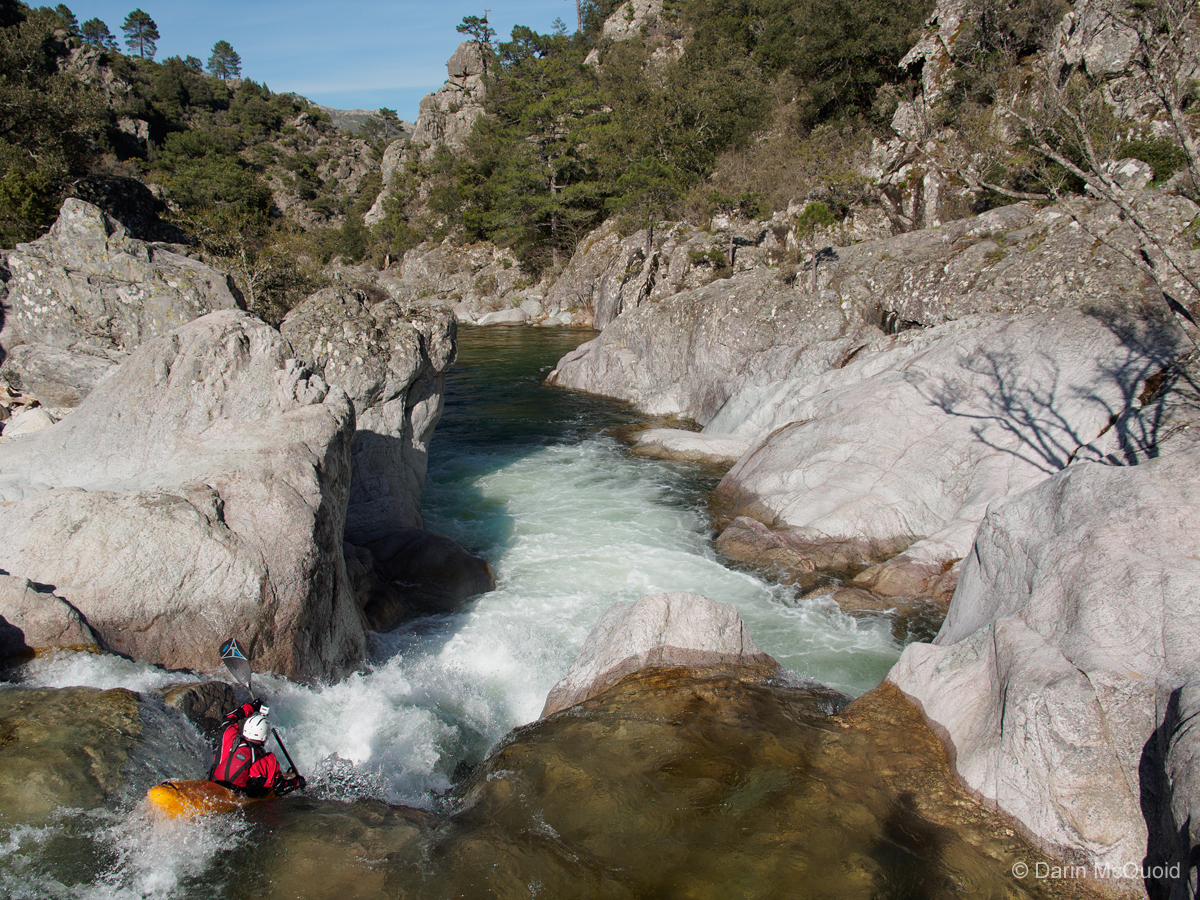 Eric Petlock drops into the same. 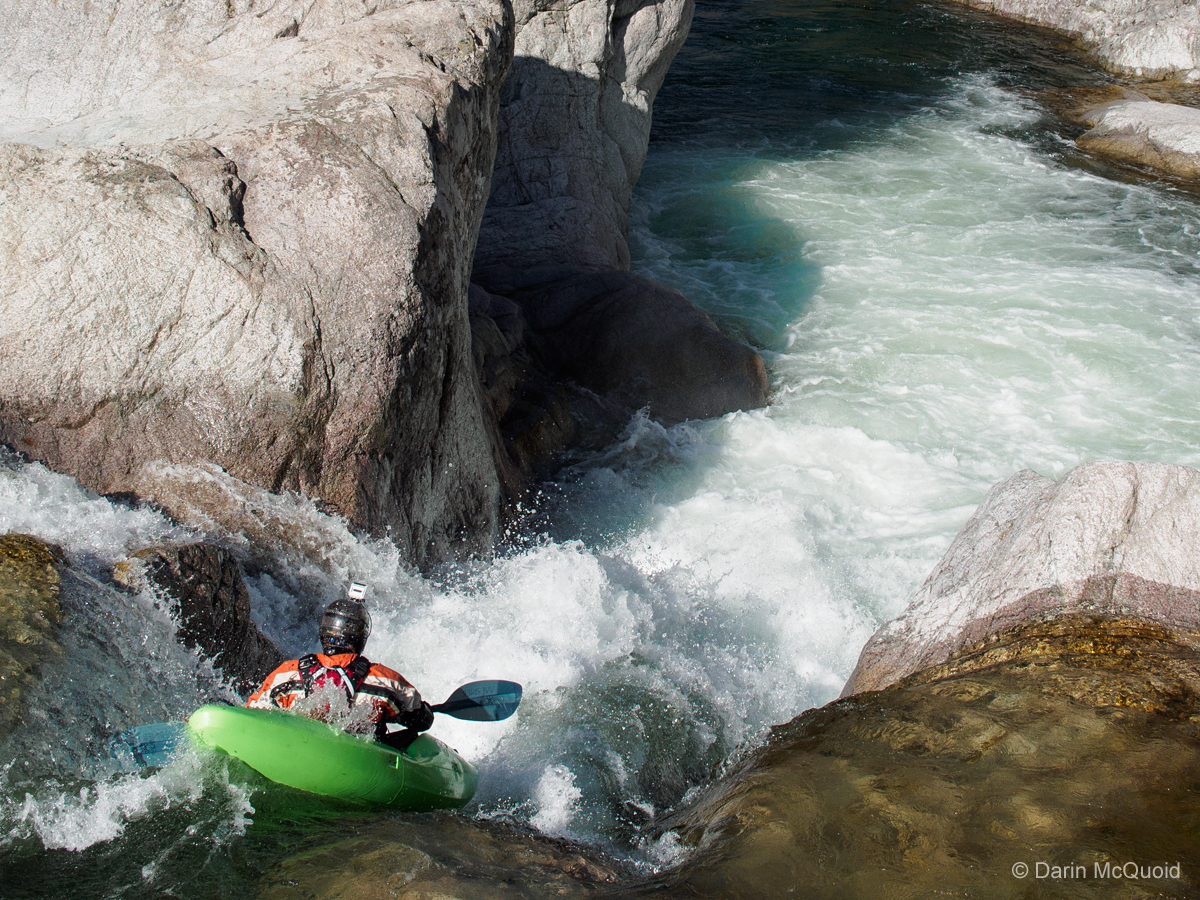 We boogie down a bit more read and run then portage a whole gorge. At lower flows it's possible to run it, but today it's a bit too high and the sun has started to drop rather quickly. We finish with just enough light left and no more photographs. Now the question is where to stay. There is a popular campground, but we decide camp at an older bridge over the Vecchio as it's our run for tomorrow. Camping can be an odd thing in Corsica, it's best to avoid poaching camping and pay the small fee at an established campground to avoid vandalized vehicles. As it's after dark when we arrive we figure it's not too big of a deal and saves us extra driving.

The Olympus E-M5 is no full frame camera when it comes to night shots. 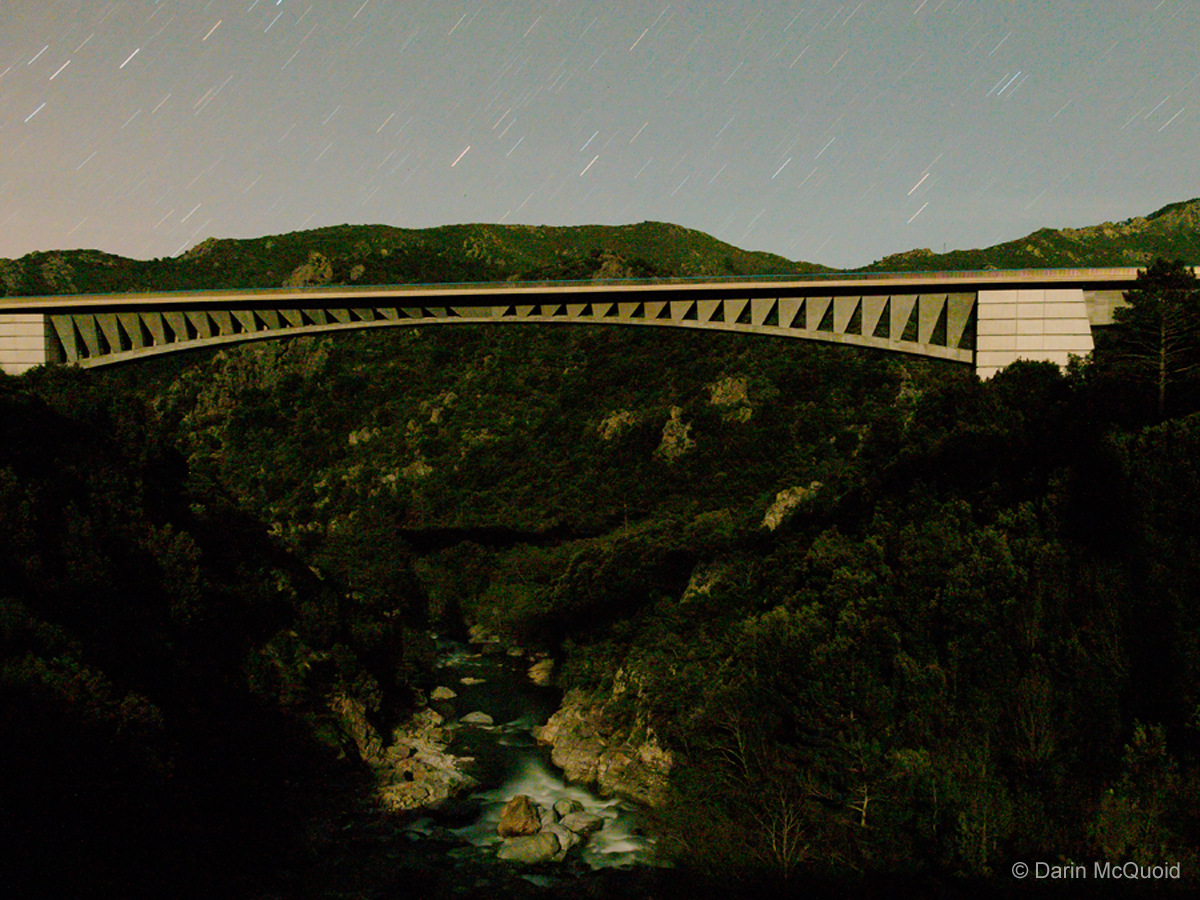 We wake to a glorious view in the morning.

Now for a little breakfast on the bridge and a taste of the Middle Vecchio.