Doctor's Brook
IV-V
With the Humber River behind us, we headed up to the Northern Peninsula and Cloud River. The Cloud is high on our to-do list, but our attempts to secure a float plane have been stymied by the pilots lucrative and steady business with moose hunters.

Eager eyes looked at water levels on each brook we passed while driving, but everything looked low, and when we swung into a pull out by Doctor’s Brook I had given up hope of getting on the water for the day. To my surprise the Doctor’s Brook was a little juicy. The stream bed had plenty of water in it, and a large slide just upstream from the highway crossing.

We quickly checked the topo for gradient, geared up and started hiking. We started off through some light brush, and were surprised and pleased to find a trail after a few minutes. The trail held strong for about a kilometer uphill, and then braided out and disappeared into forest and “tuckamore” that consistently thickened.


Jesse Coombs is probably still smiling while deep in the tuckamore. 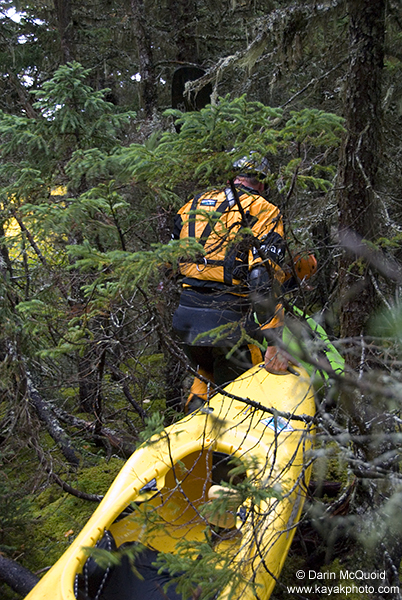 With much of the day already spent driving, we only had two hours to hike, and unanimously decided to put on the river at three in the afternoon. Great views in a small clearing before going back in to the thick of it. Jesse Coombs, Joel Kowalski and Dane Jackson. 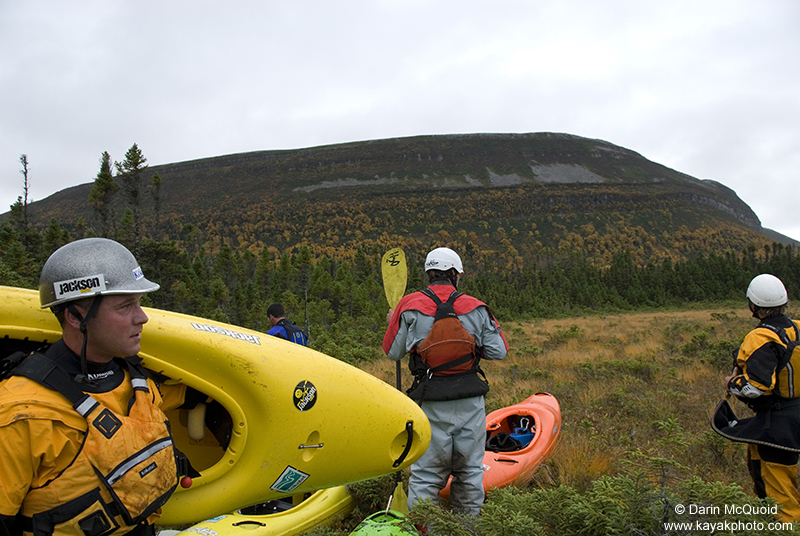 Steep slippery slopes led back down to the river, and sliding in we were surprised at how quickly the brook moved. With consistent gradient and a wide river bed the Doctor’s Brook still had plenty of eddys, and class II rapids leading into blind horizons prompted several scouts revealing superb ledges and a few long rapids with big holes. This was the warm up run we were looking for! It only took fifteen to twenty minutes for us to reach the top of the slide we had seen from the highway, running one big IV+ rapid and several fun class IV ledges. Nothing was too consequential, but a swim probably would have been long. From above it looked quite intimidating with a wide and tall horizon line. Dane Jackson was fired up about the slide and probed it with a great line down the middle, sneaking the large bottom hole on the left.


This picture does it no justice as Eric Jackson fires up the big slide of Doctor’s Brook. 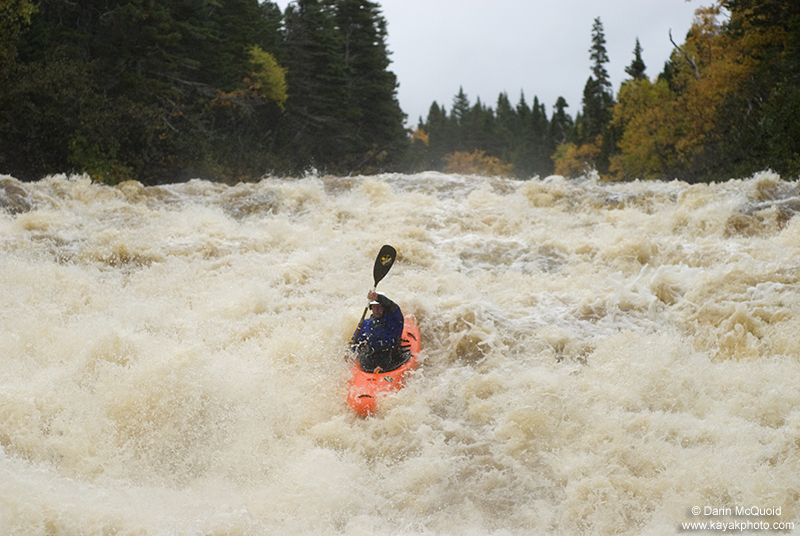 Jesse decided to go big and ran right, a line involving a more complex entrance with a monster hole, and leading right into the large bottom hole. 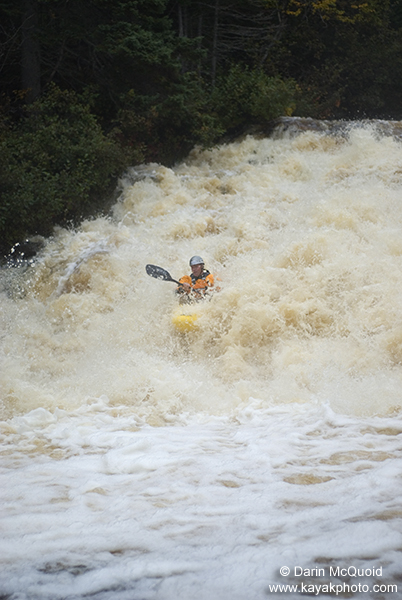 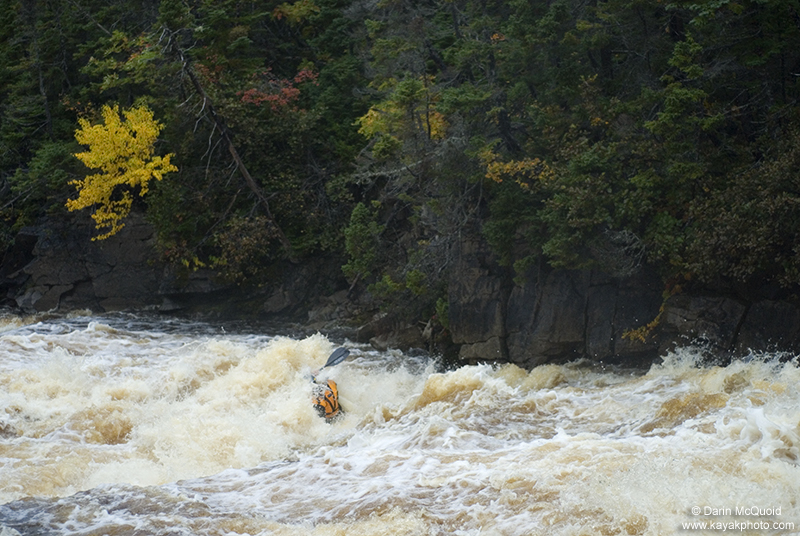 The at the lip view does it more justice. 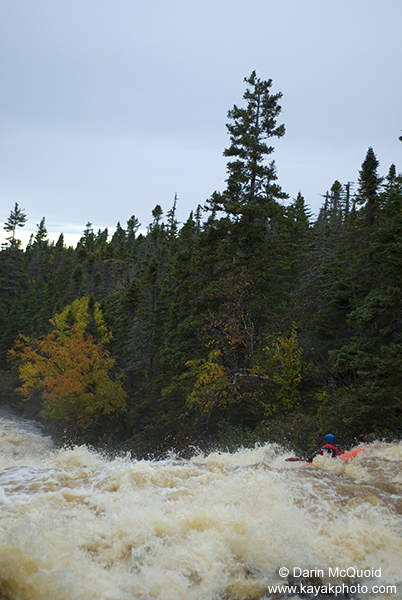 Below the slide only a few mellower drops continued down to the bridge, where we opted to paddle straight into the ocean, a new experience for all of us.


EJ and Ben take her home. 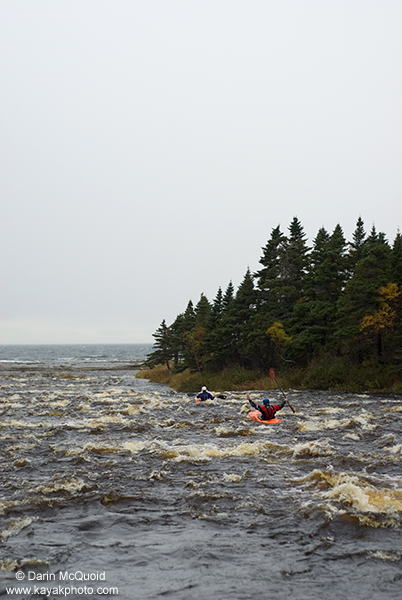 Finishing up the Doctor’s Brook the group was elated. We had water here so we scouted the maps for more local goods, sure to get some the next day with our high motivation.