We wrap up our time in Italy with a meal at the bottom of the Egua River. Now it's time for another push, about four hours of driving to get to the top of the Valle Verzasca in the Ticino region of Switzerland. We arrive late and there are not a lot of camping options. It's a good thing we arrive late in Sonogno though, as the most popular place to camp is a trailhead where it seems to be ok to camp in a van or a trailer, but not in a tent. It's really a bit of a gray area and depends on your luck. Arriving late and rising early we have no problems.


Sonogno is an incredible town, most  of it is car free. Incredible old buildings, exactly what I'd imagined when thinking of the Swiss Alps. 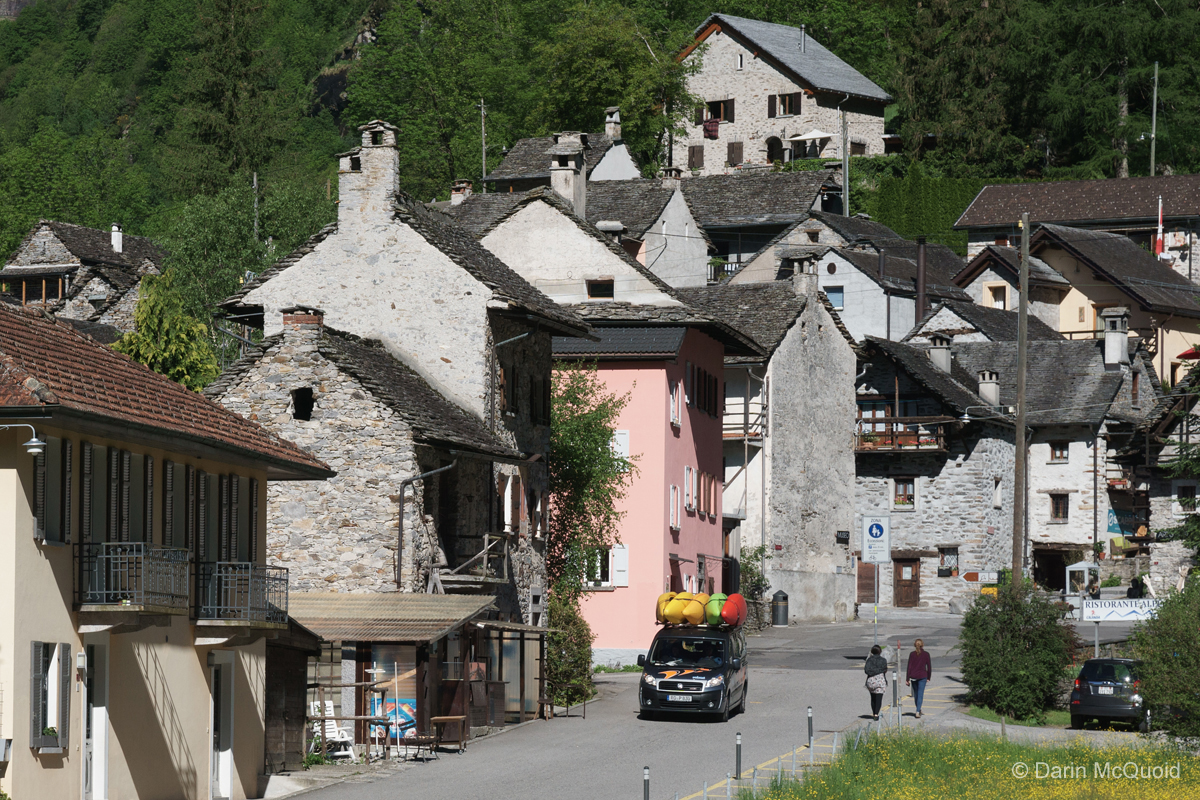 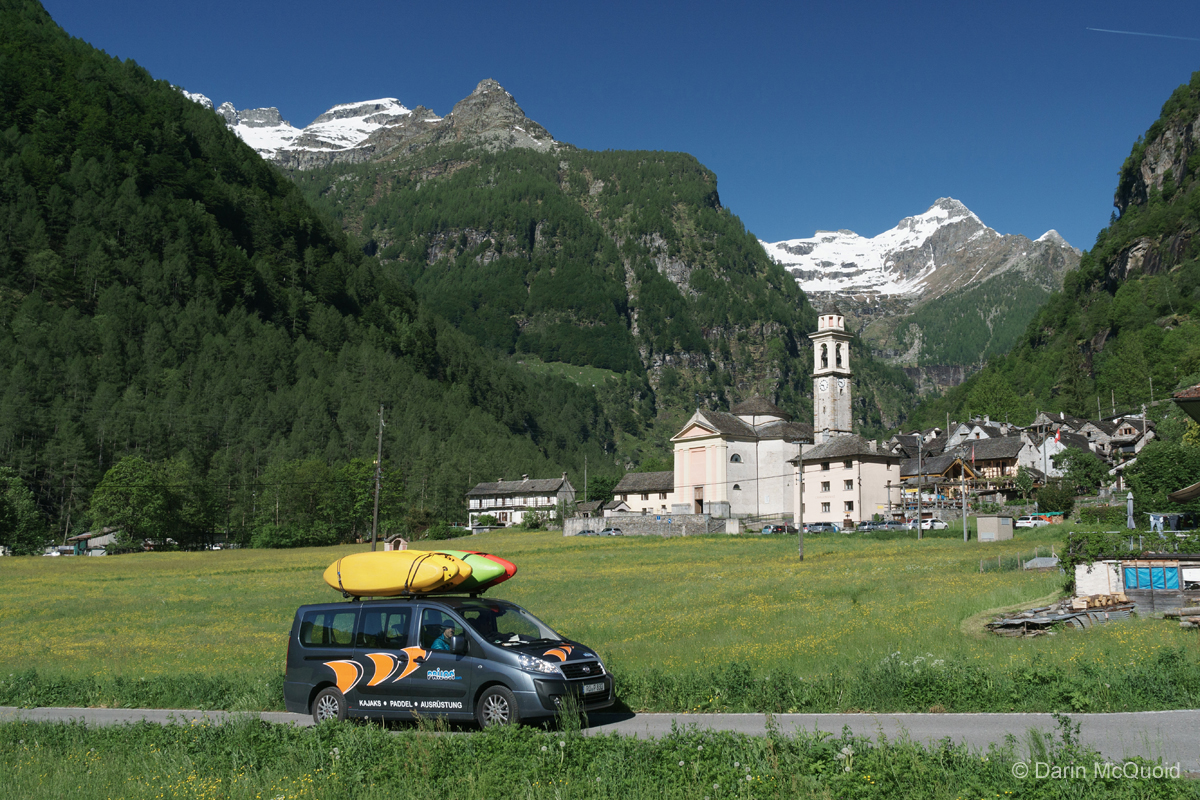 We walked around town for half an hour, waiting for a restaurant to open. Once that opened we fueled ourselves with cafe and croissants, then headed downstream to the Middle Verzasca. I took a lot of images of the beautiful town and neglected to transfer them before reformatting my memory card a couple weeks later. That can be the problem with using two camera bodies and being a space cadet as I can be. The Verzasca is well known for incredible water color, I was looking forward to photographing this classic run. The middle starts under a bridge with an incredible cataract upstream. A few of our group took the time to walk up and run the bottom of the cascade. 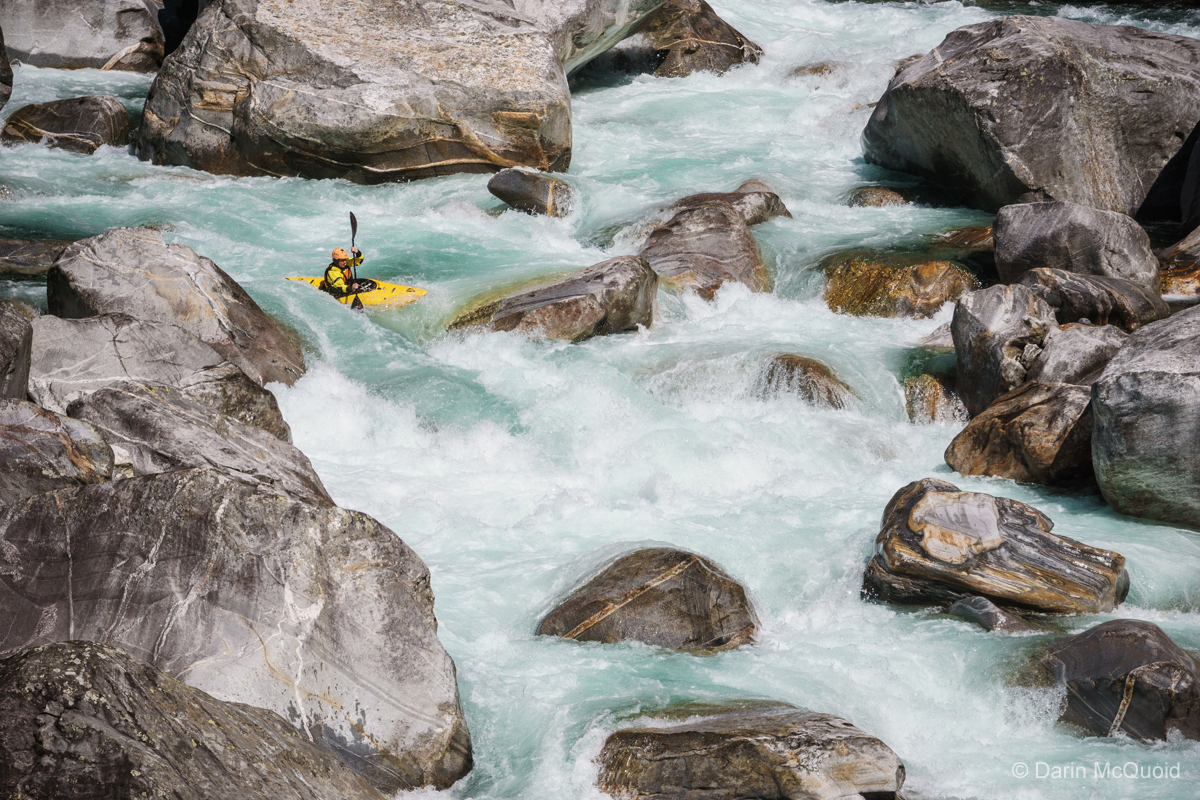 This river must get incredibly high, just look at the scour line and riverbed. Truly an incredible place, Toni Prijon soaks it in. 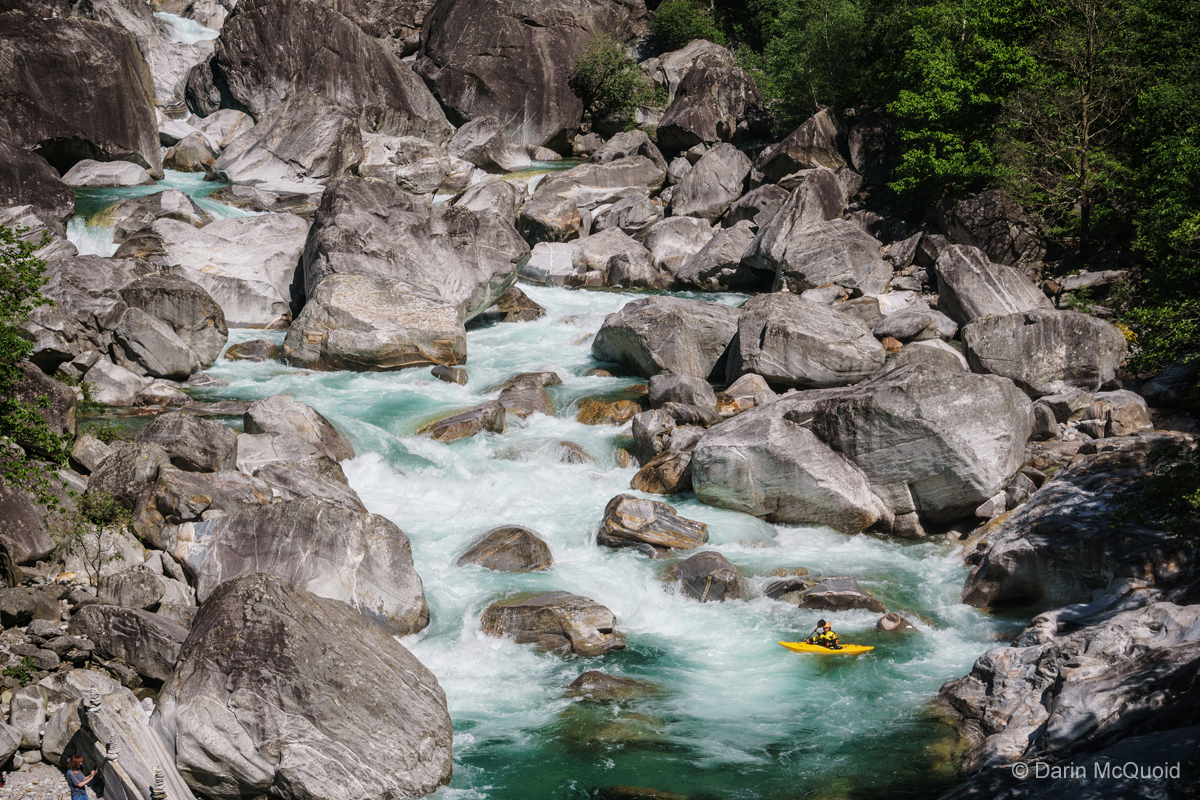 Water quality on the Verzasca living up to a well deserved reputation; Gerhard Braune. 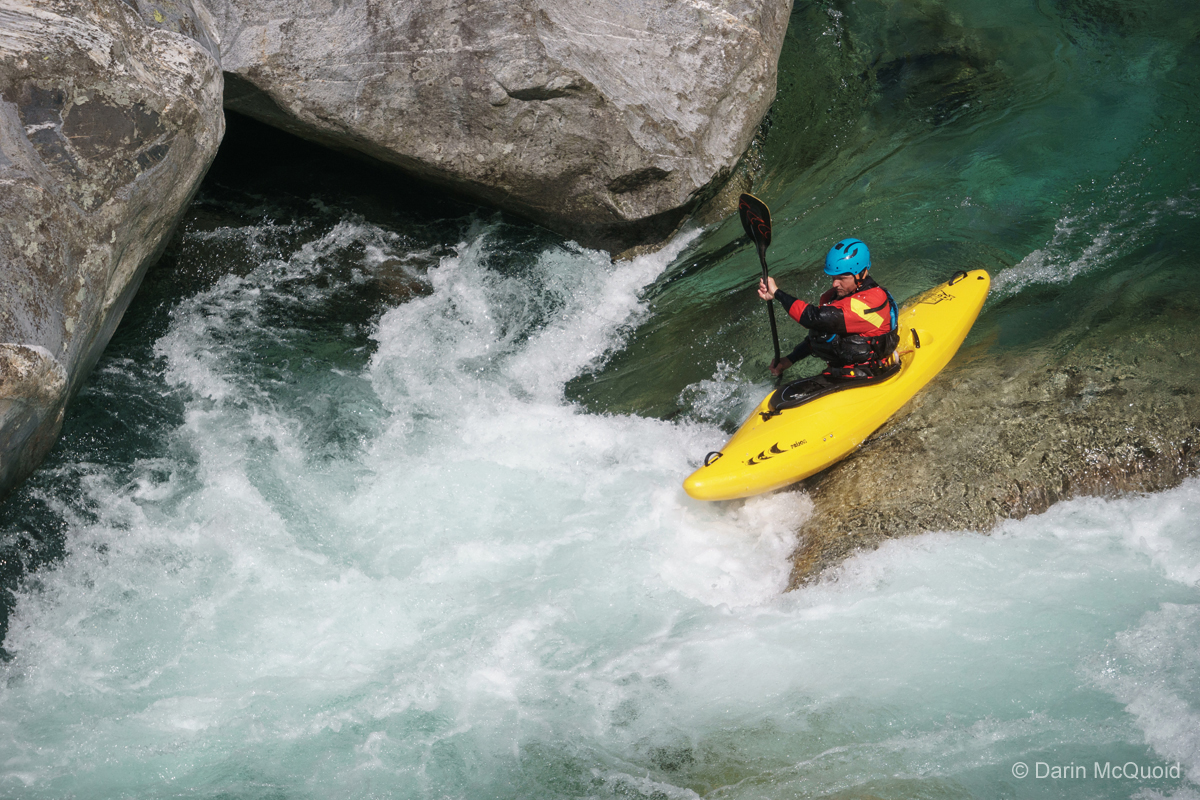 
The Middle Verzasca is all about boulder gardens, Gerhard Braune lines up the first one. 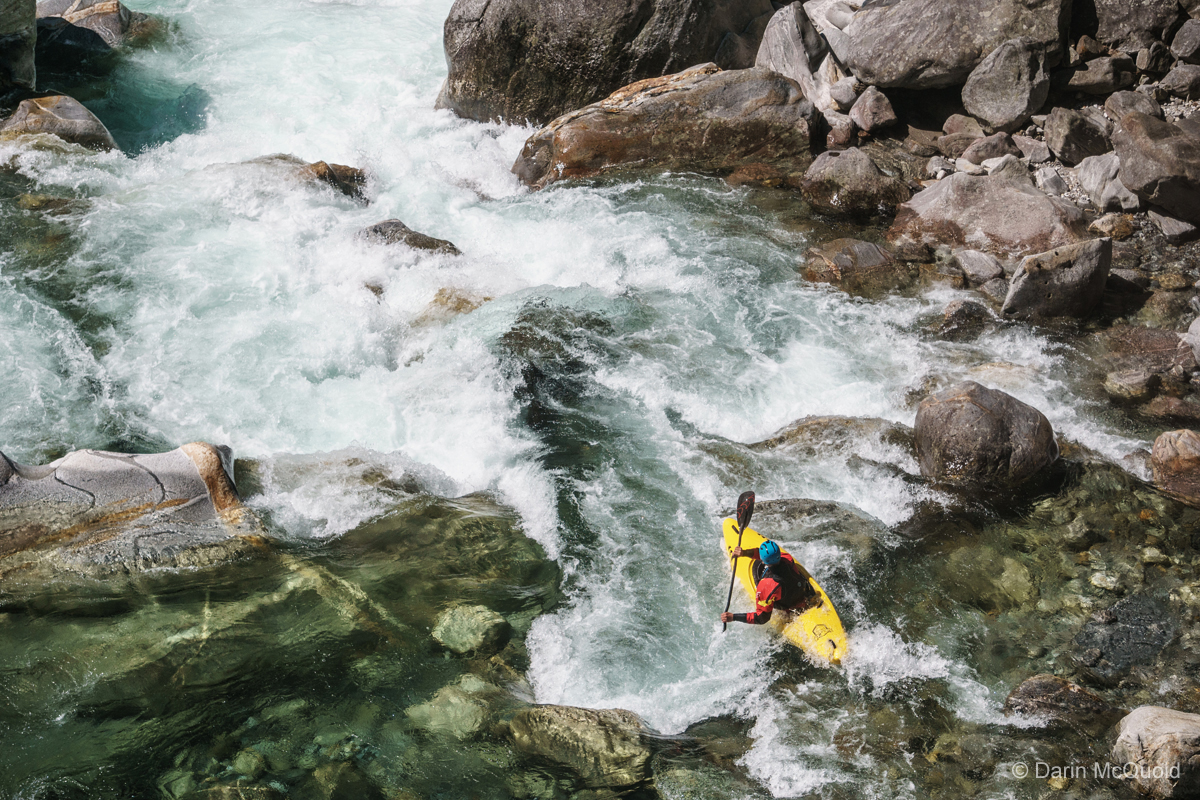 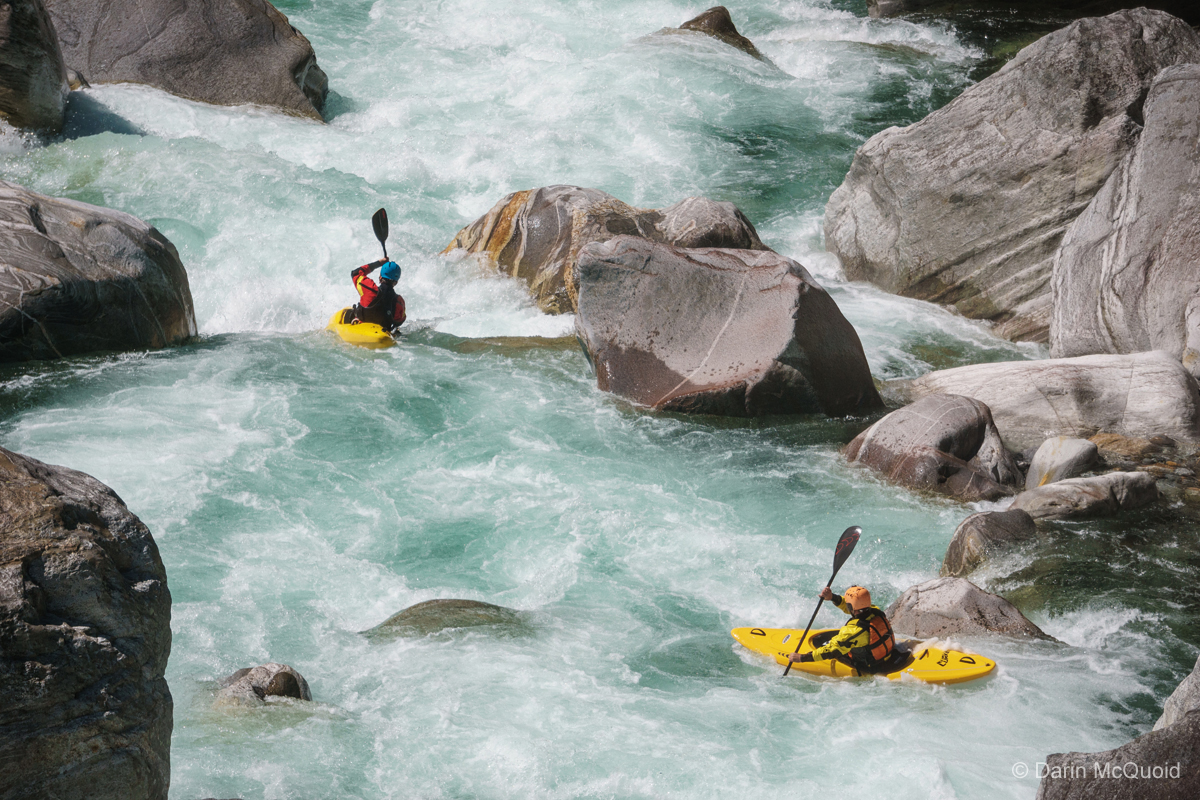 Just a little ways downstream we hop out for a scout as we don't know the run and things are pretty blind and very photogenic. Rok Sribar. 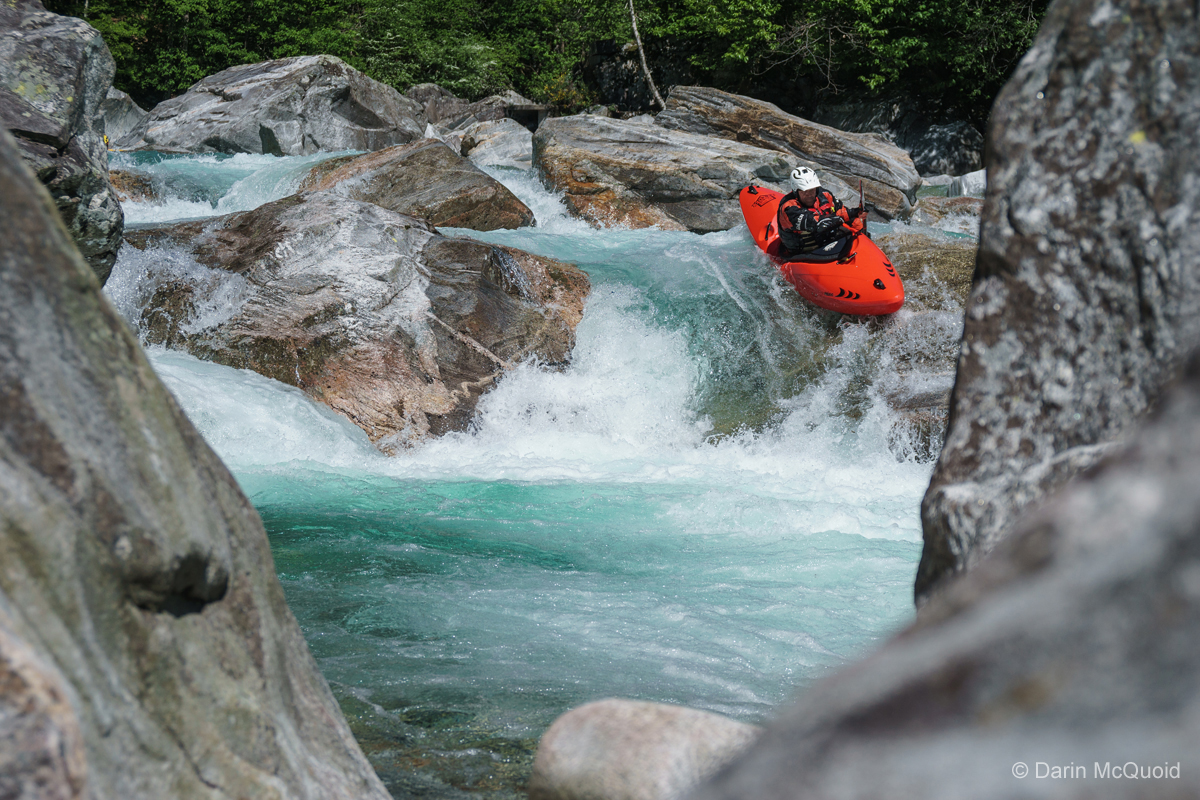 A different move in the same rapid, there were a variety of lines to take. Toni Prijon. 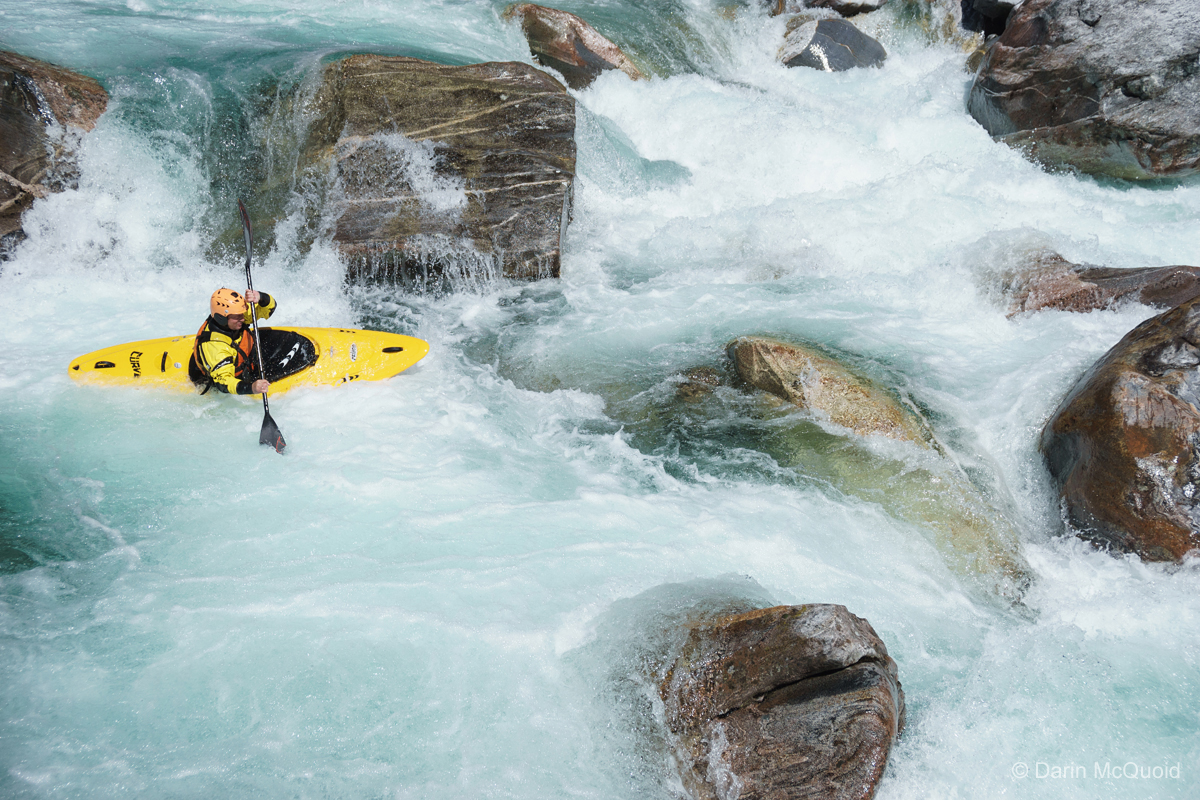 
After our scout the river mellowed out for a while and we enjoyed cruising some nice rapids, Rok Sribar lines up for a nice surf wave. 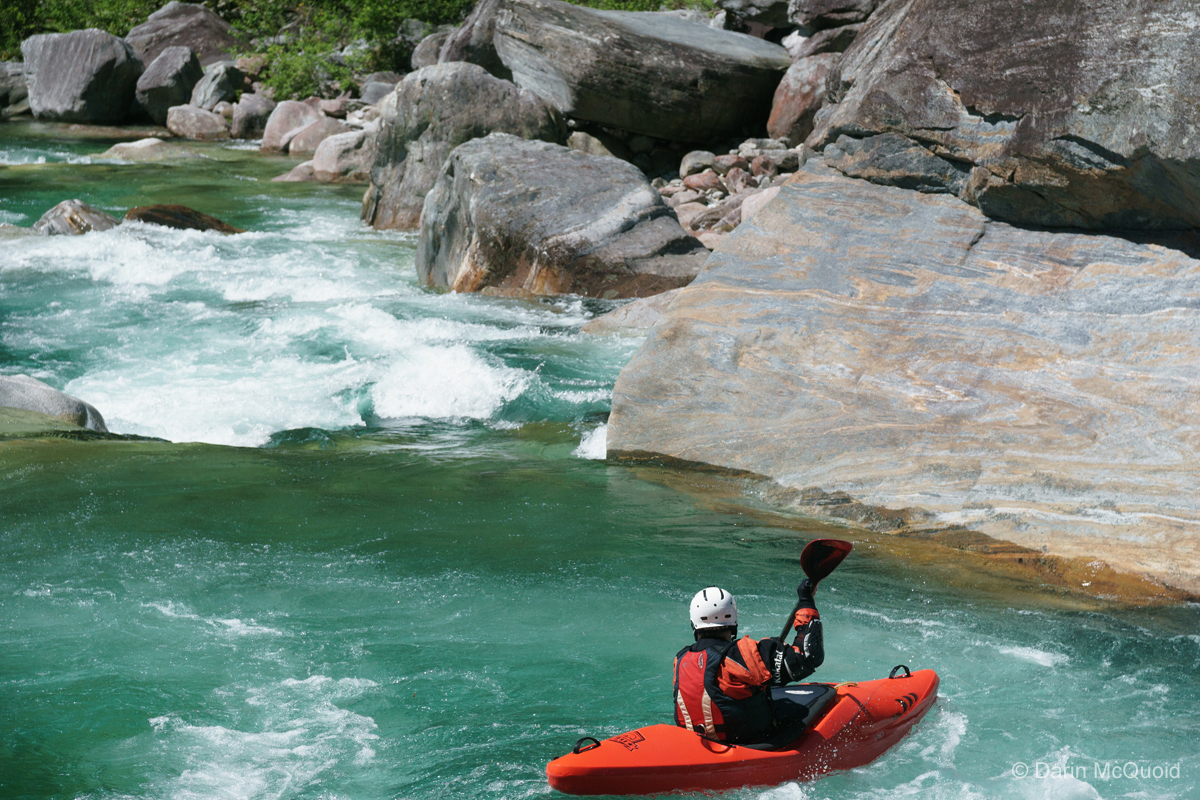 A quick scout for a ledge as the action picks up again and Gerhard Braune boofs. 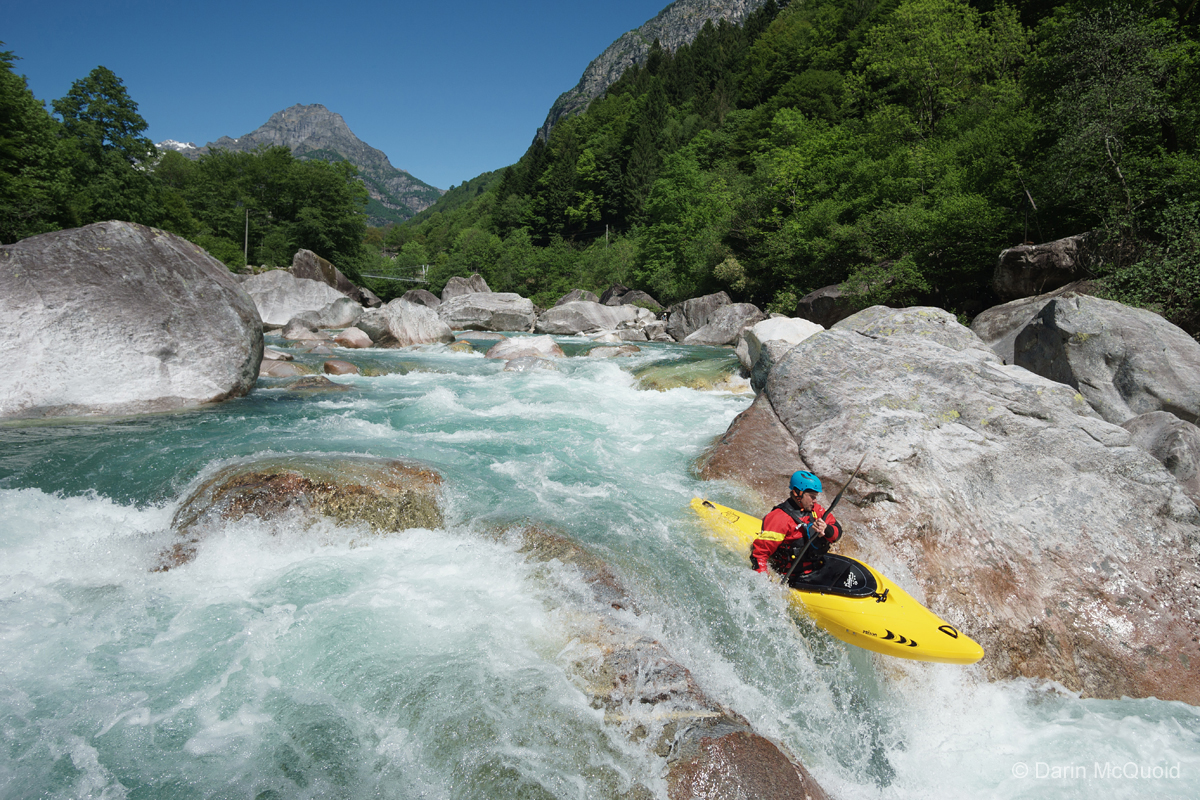 The Middle Verzsaca is an impressive combination of easy access, scenery and whitewater. Rok Sribar and Toni Prijon. 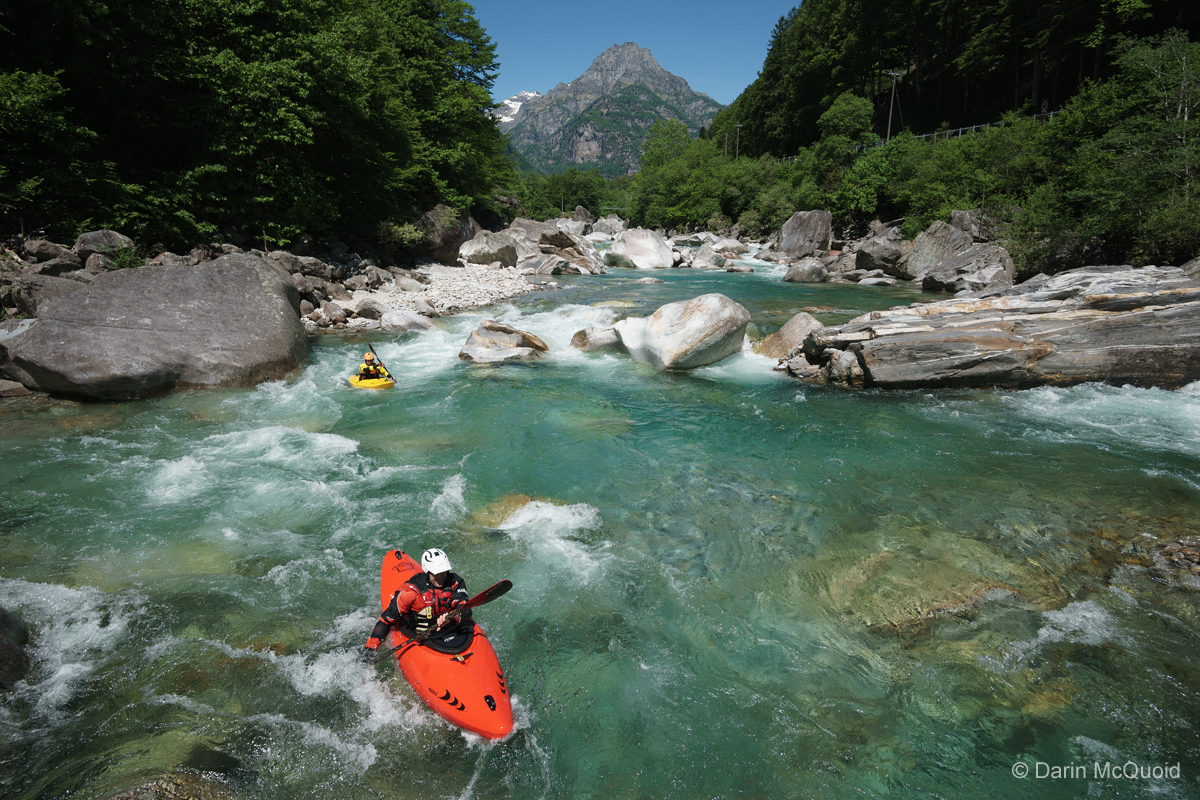 High quality boulder gardens are the norm, it feels like we have perfect flows, Gerhard Braune lines up another boof. 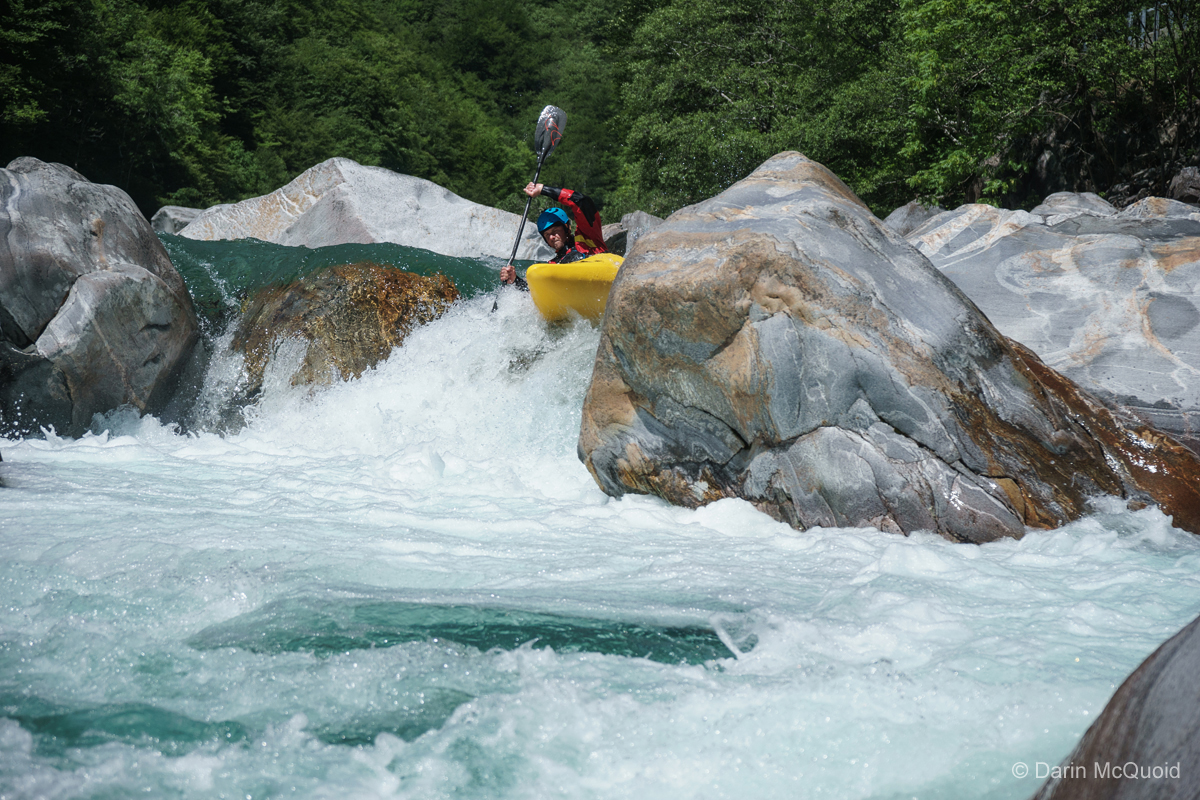 Toni Prijon looks focused as he lines up to clear a big hole in the little Curve 2.5. 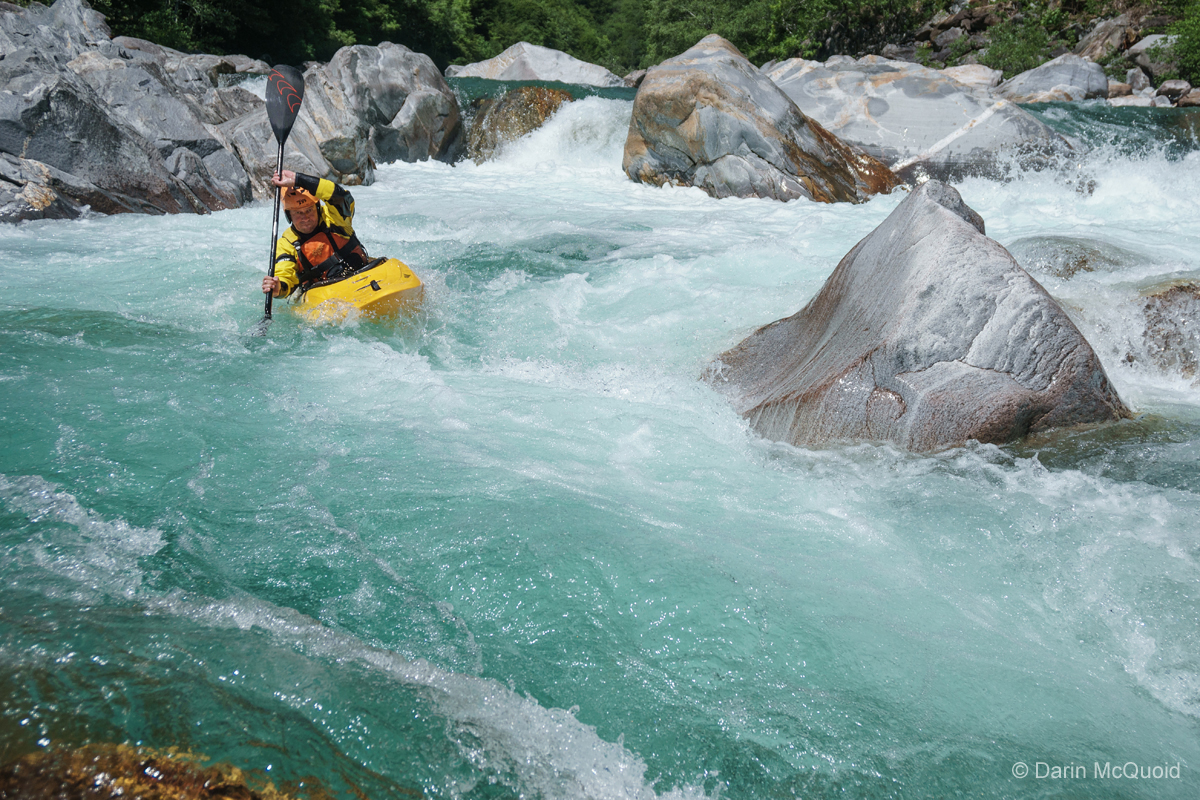 Downstream a group is scouting a more much channelized rapid, and we opt to follow someone who just got done scouting. Toni's face is an accurate description of how we feel about the Verzasca. 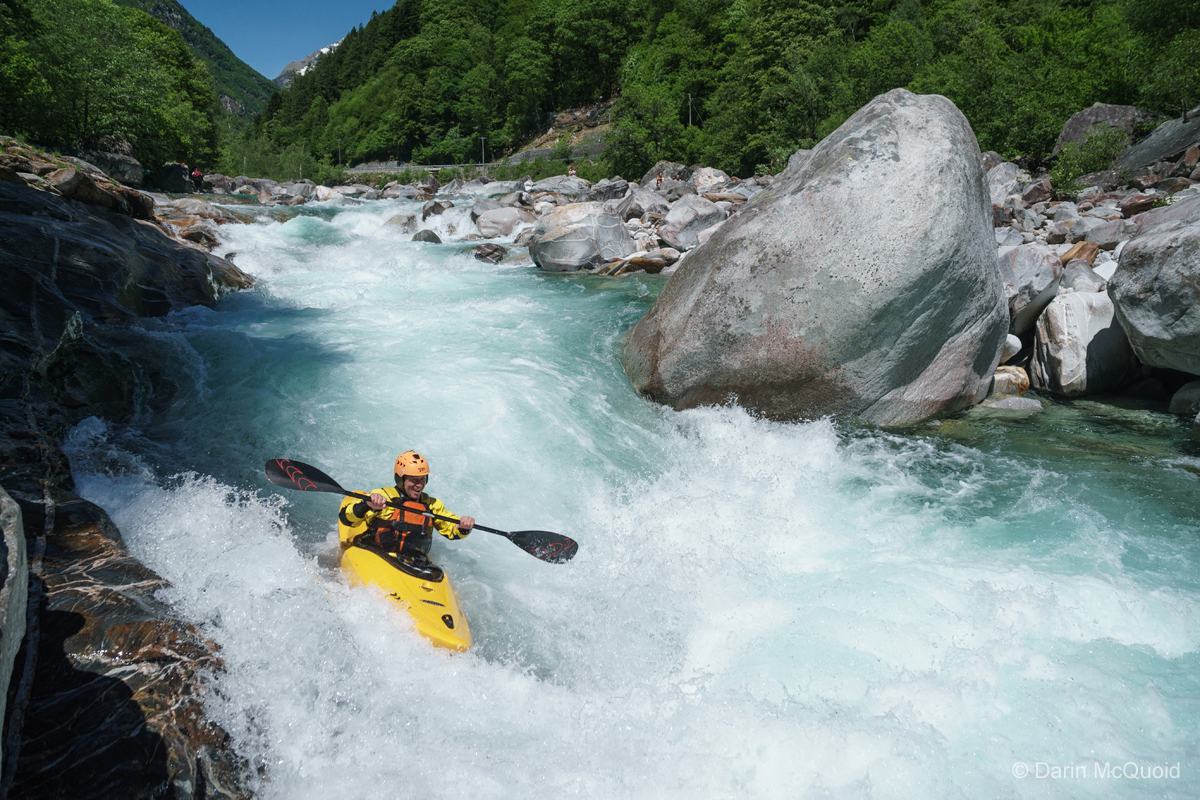 
At the end of the Middle Verzasca is Lucifer's Slide. As it's harder than anything else on the Middle it doesn't get run too often. Initially our group was split on running it. Rok and I were all about it, it's a very California styled feature; big, powerful, deep and minimal hazard, just a high chance of coming out upside down. 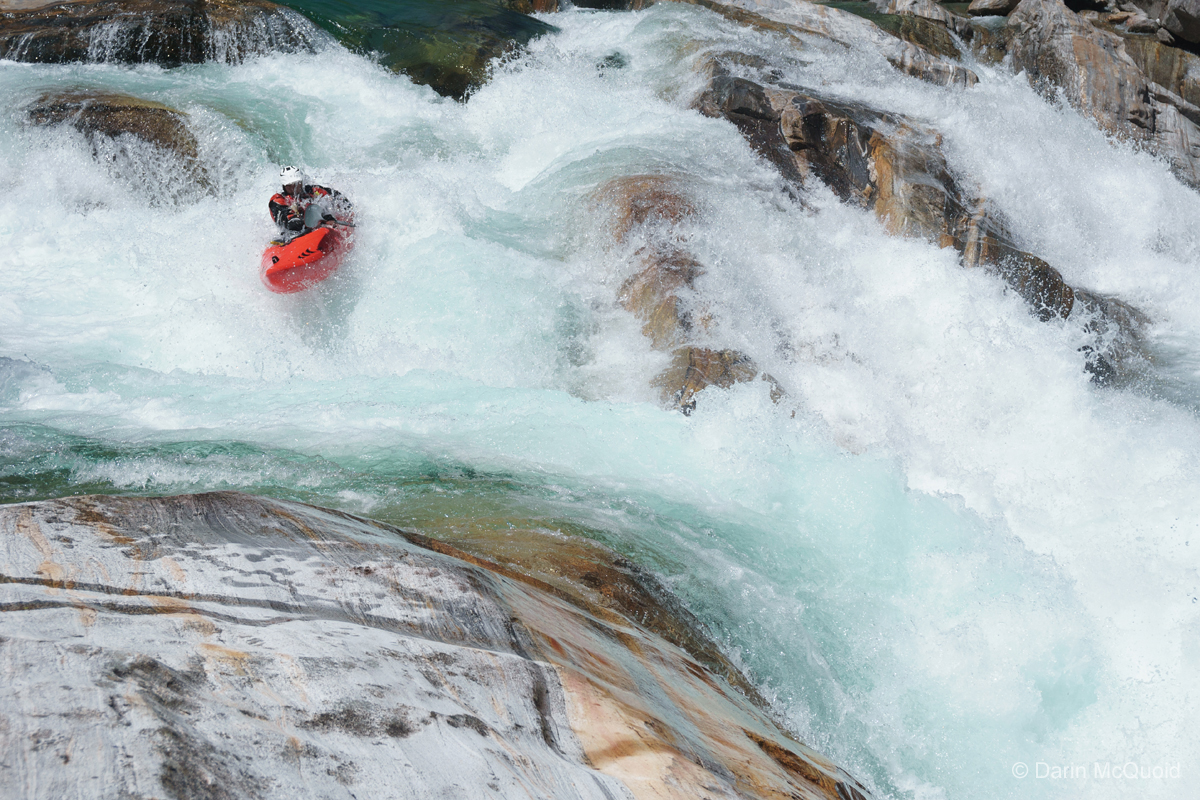 The author decides to give it a chance. Lucifer's slide is one of those rapids where a foot in the entrance makes all the difference, and here I'm already too far left. 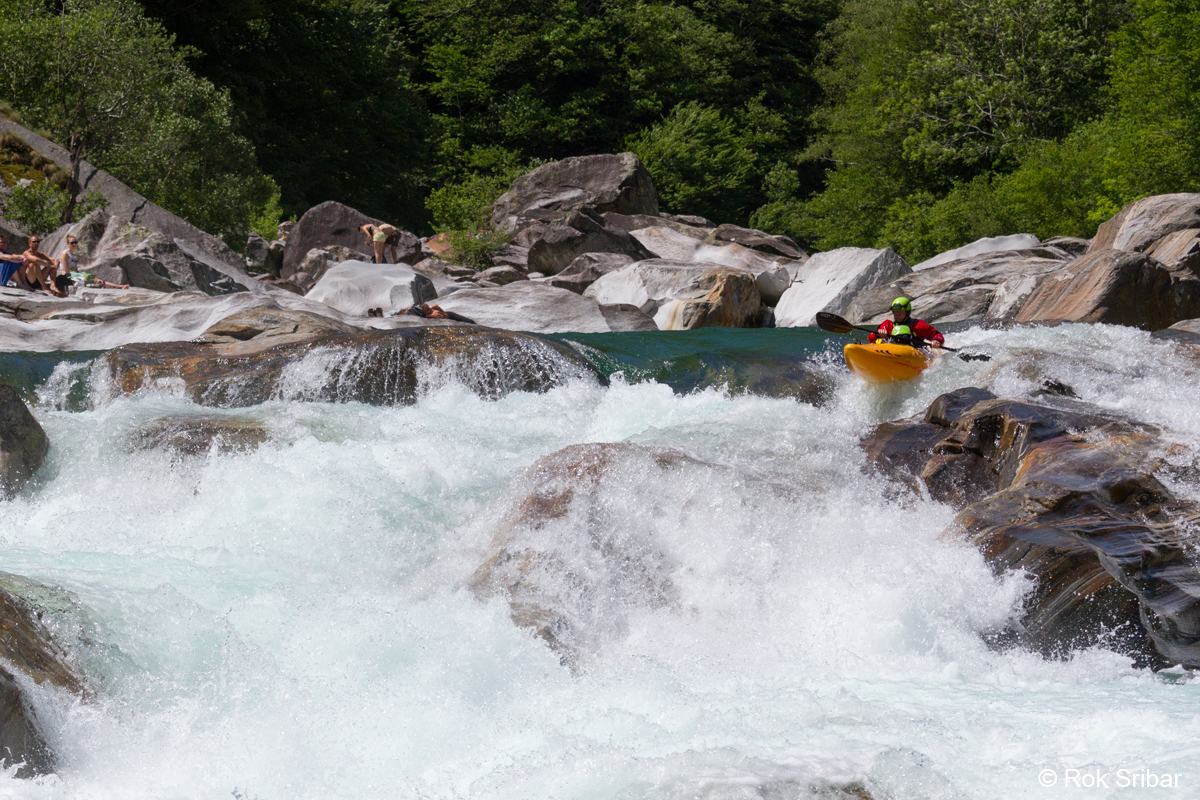 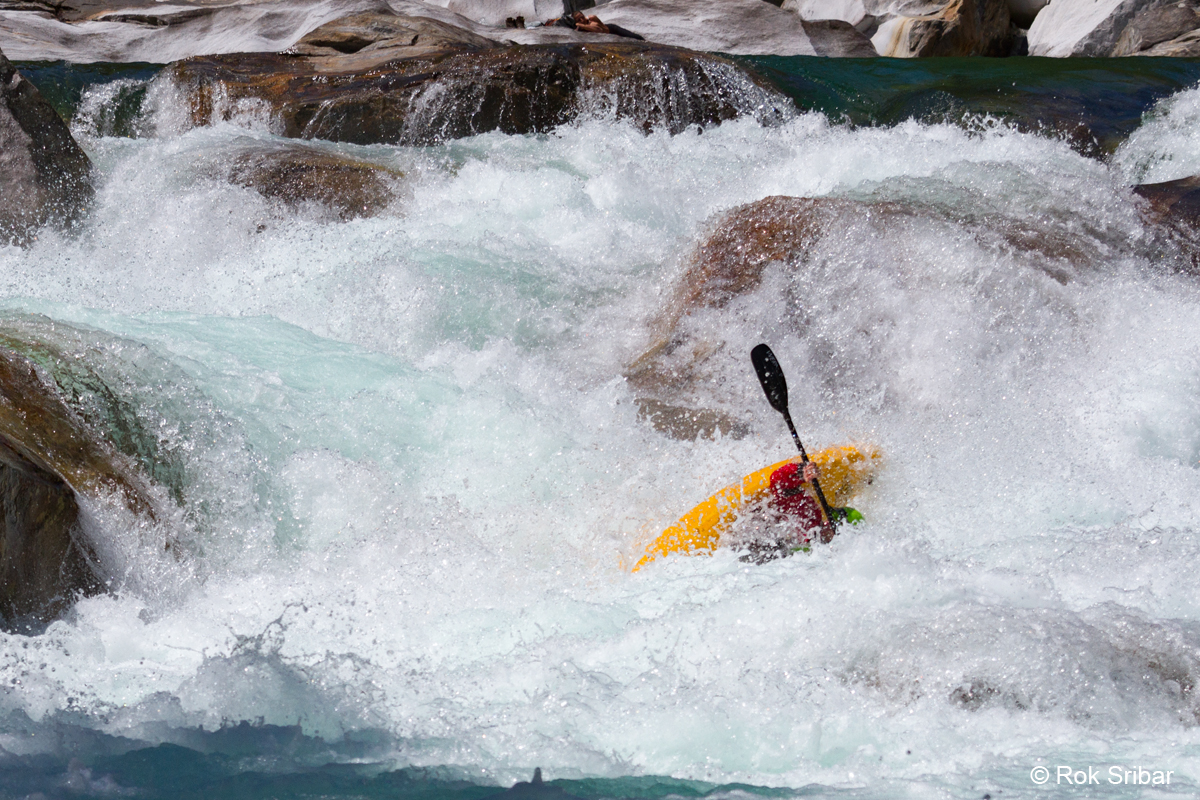 After watching us Gerhard Braune learned from out mistakes and styled it. 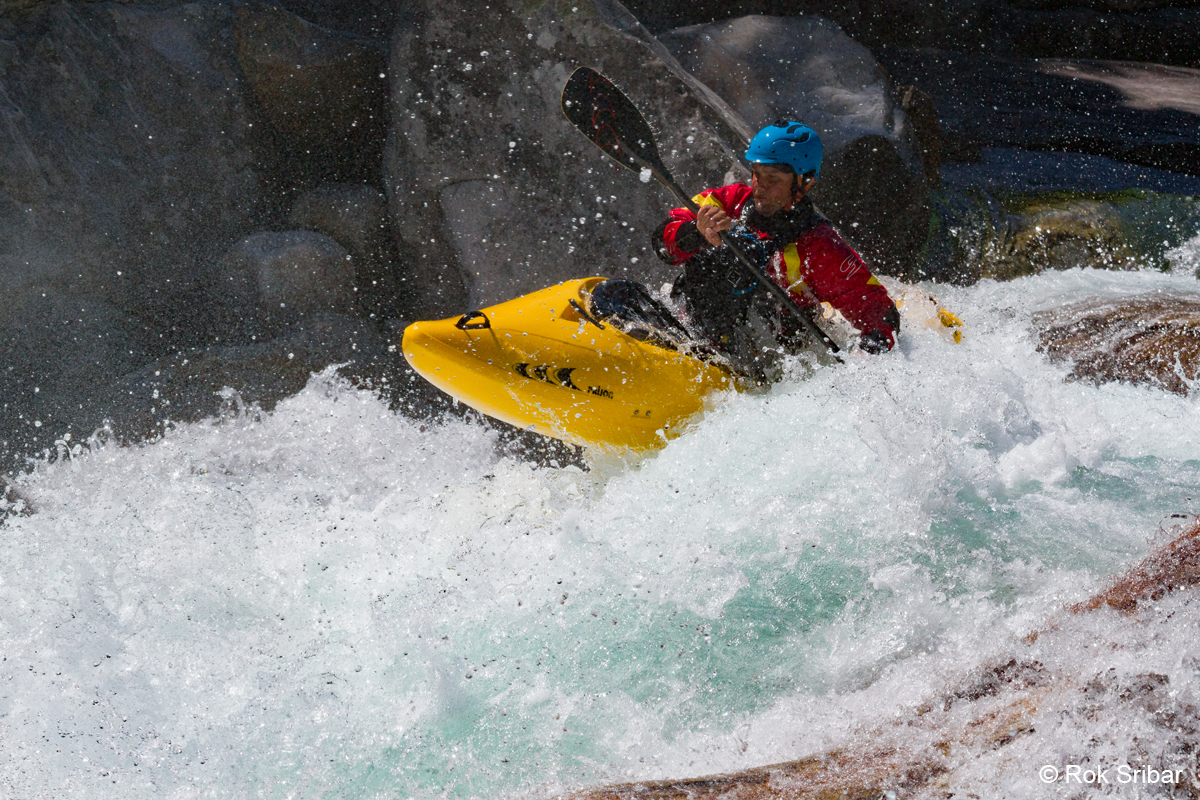 Lucifer's Slide is the typical take-out for the Middle Verzasca, but we wanted to run the most photographed rapid in Europe, which is just below an infamous waterfall with a cave. The rapid is known as The Snail and has an incredible look to it. Toni Prijon seal launches in. 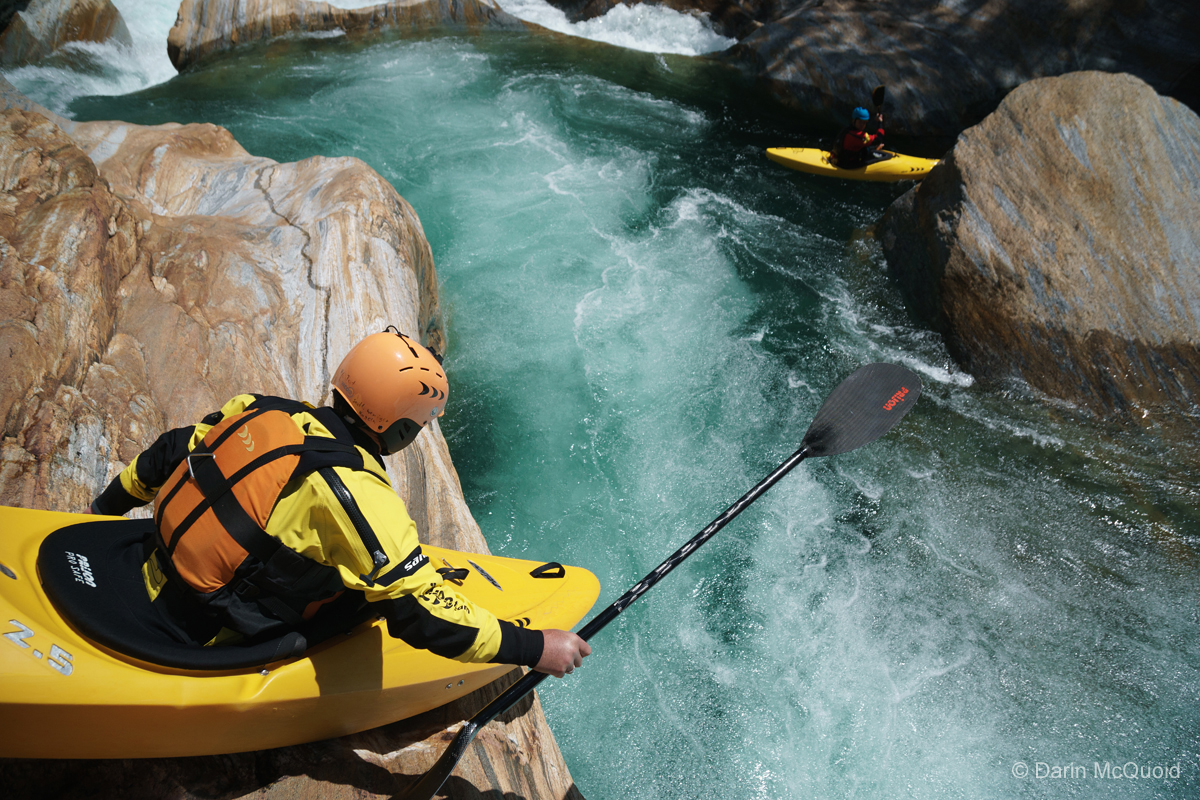 What a crazy slot and bedrock, Toni Prijon gets high up the wall at our healthy flow. 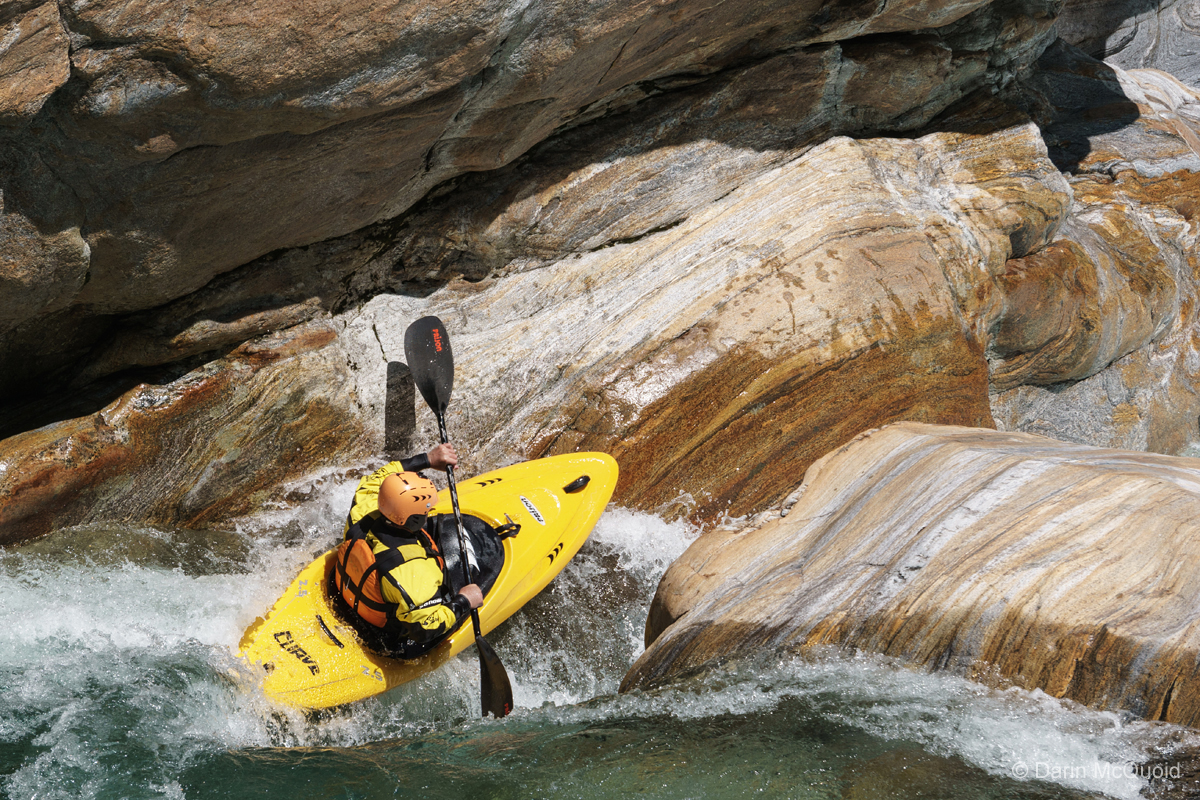 We find an easy way to walk back up on the right bank and run several laps through the Snail, it's incredibly fun. 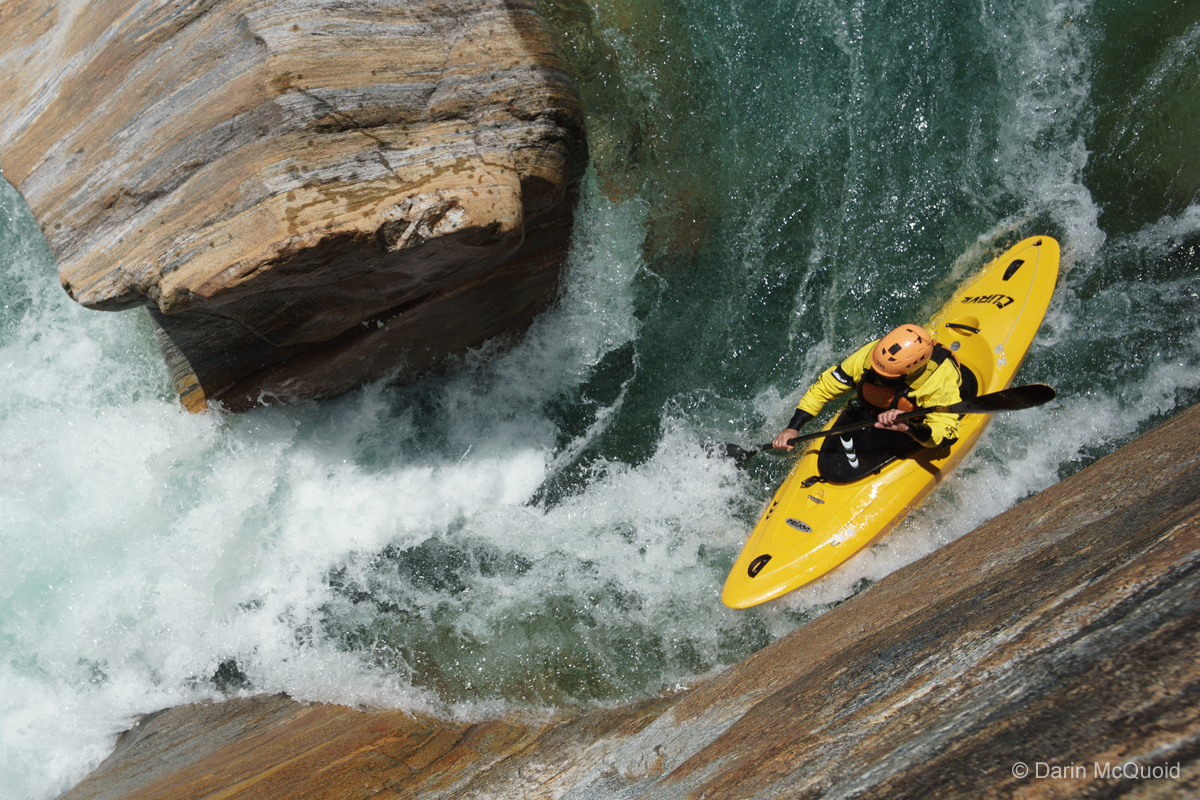 Downstream are a few nice rapids before one of the most amazing bridges in the world, what an incredible take out. 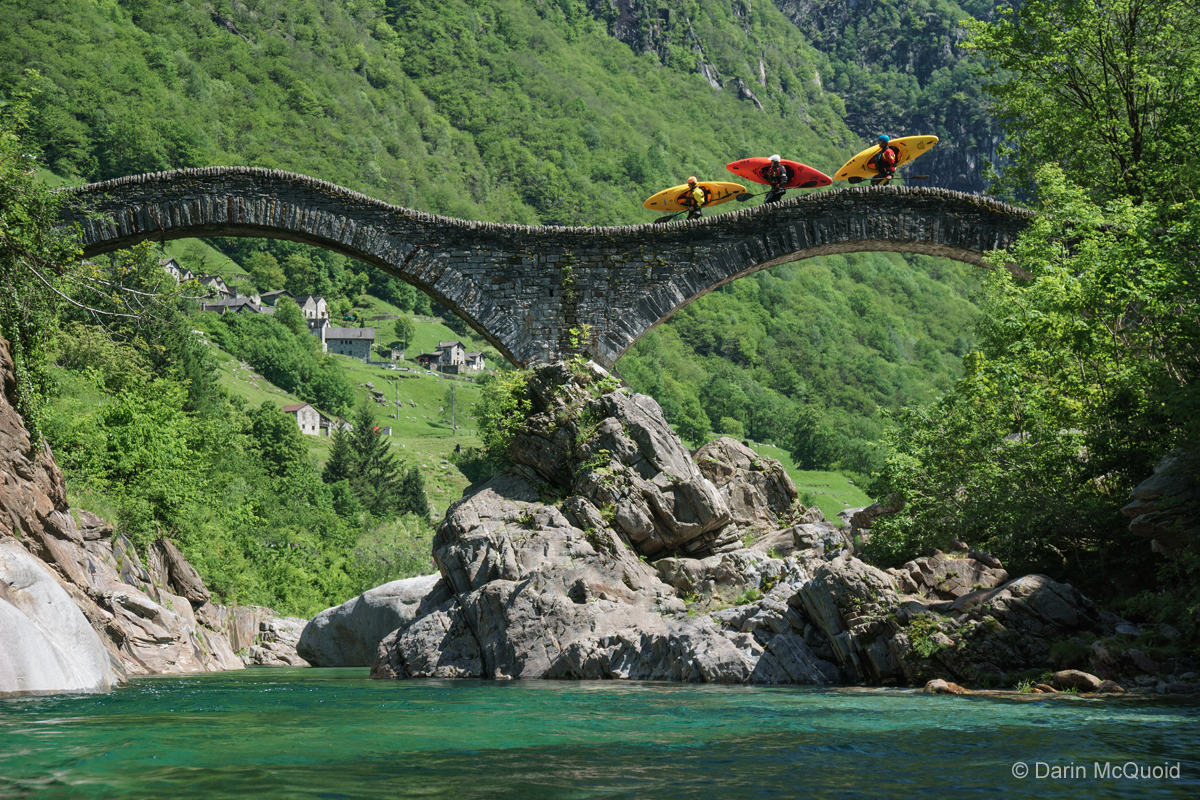 
Finishing the Verzasca we're out of time. The whirlwind tour has come to and end, now we just have a long drive back to Germany, stuck in weekend tourist traffic but with many a view on the return home. This brief taste of the area was just enough to make me want more!


Whitewater photography always takes a toll on equipment, Nikon Polarizer II explaining why I was getting some low contrast shots and having trouble auto-focusing. 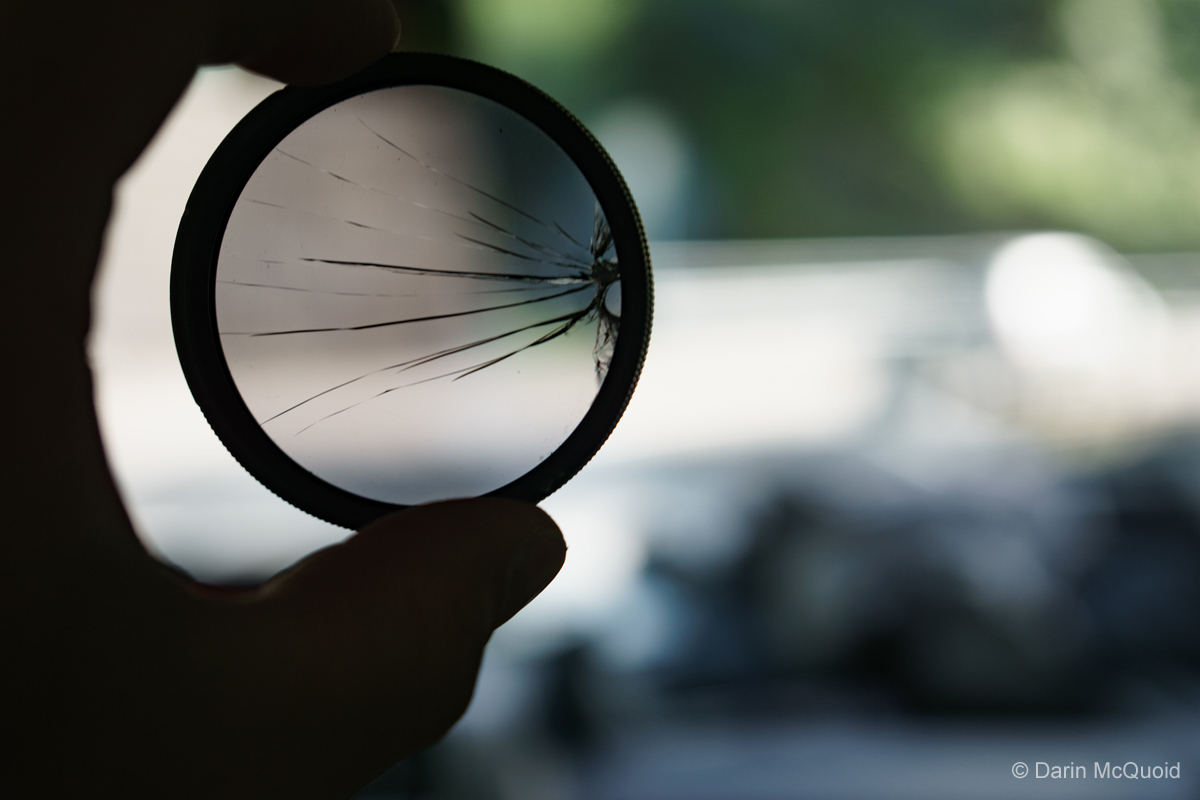