Scouting completed the day before we were on a mission to get on and off the water. The falls are roadside and a popular tourist activity. Kayaking is not a major sport in Japan, and legality is decided by authorities at the moment, so it was in our best interest to get in and out. For lighting I'd have preferred waiting until the evening when it was all the in the shade. The even lighting made the greens stand out even more than they did in the direct sunlight, but such is the nature of kayaking. 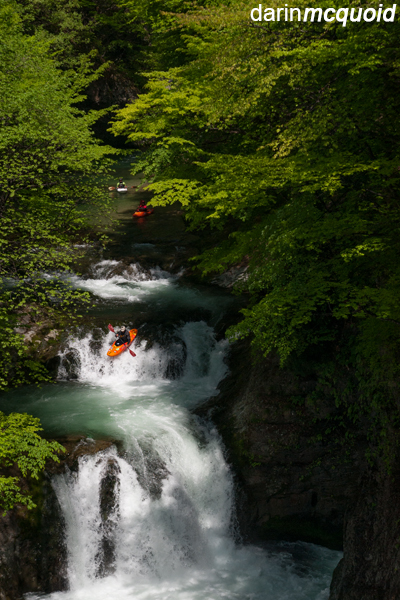 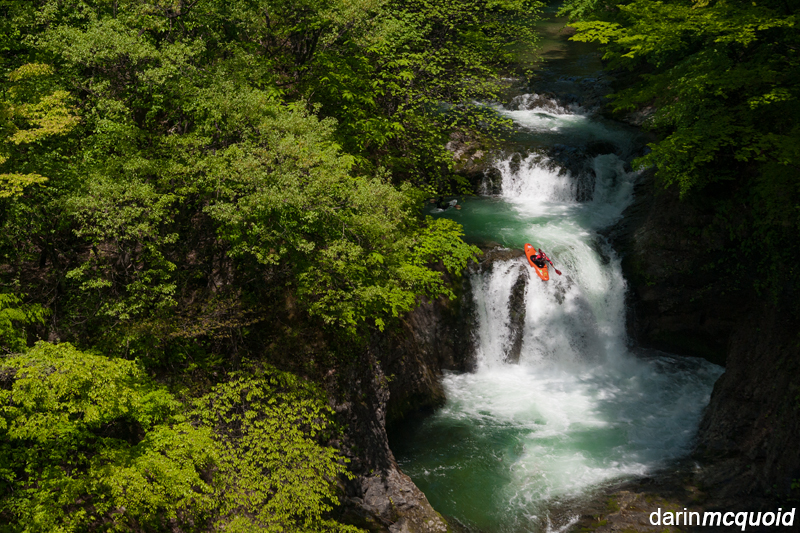 The three tiered drop wound around the corner to the eddy above the reason we were there. Ryan Knight and Yoshihiro Takahashi. 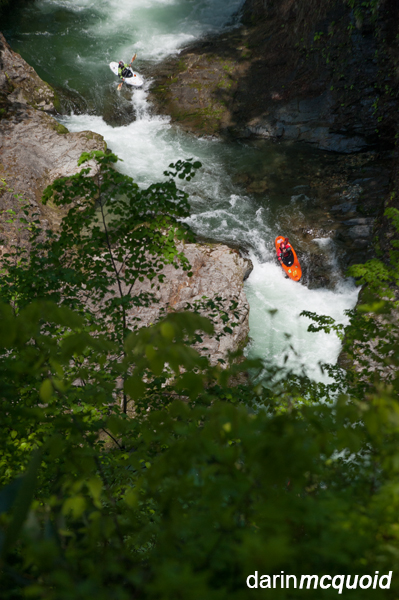 It's always hard to tell the height on a waterfall from above. We'd estimated thirty to forty feet, and as Cody and Yoshi stood at the lip it looked to be about forty feet. 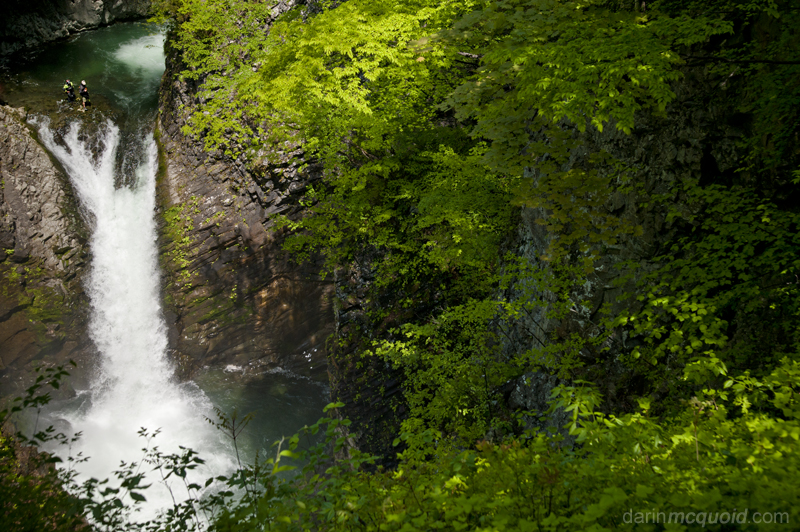 As our local guide Yoshi had more than earned the right to the first descent of Phoenix Falls and didn't hesitate to make it. 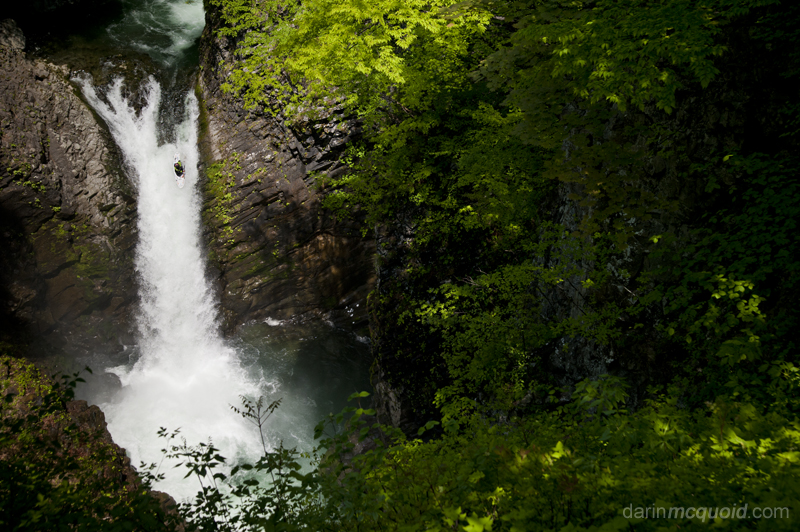 Have I ever said how much I hate the white liquidlogic boats? What a terrible idea, they just don't photograph well. If he was in a red or orange boat the image would pop with contrast between the boat and the green on the sides.

Ryan Knight charges off the same. 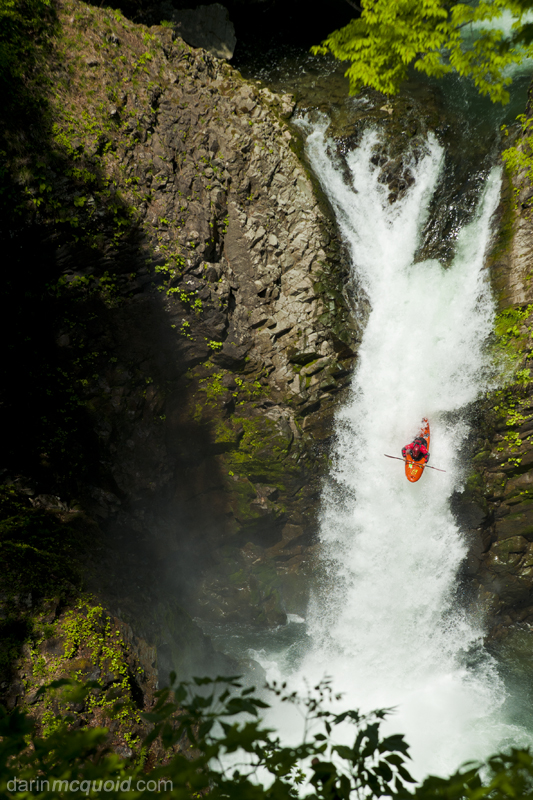 
I really like the above image. It has a nice balance of light and dark. I could have avoided having the foliage in the bottom of the frame, but leaving it in added mystery and heightened suspense in the image. Now note the top right corner. Even at f/8 the lens shows a decentering defect, everything up there is soft. Quality control is one of the largest problems with third party lens supplies. They make some gems, but even in the gems you need to look out for some duds. Retrospectively I probably should have changed to the Nikkor 70-300VR but already had the Tamron on for the horizontal images, and no one wanted to wait too long to run the falls.