Japan 2012
Nishizawa Canyon of the Fuefukigawa may be Japan's most iconic river. In some ways it's similar to Dry Meadow Creek, what was once California's icon river. Both require a good amount of hiking for relatively few drops. Thankfully there is more kayaking on the Fuefukigawa and a good trail for access. 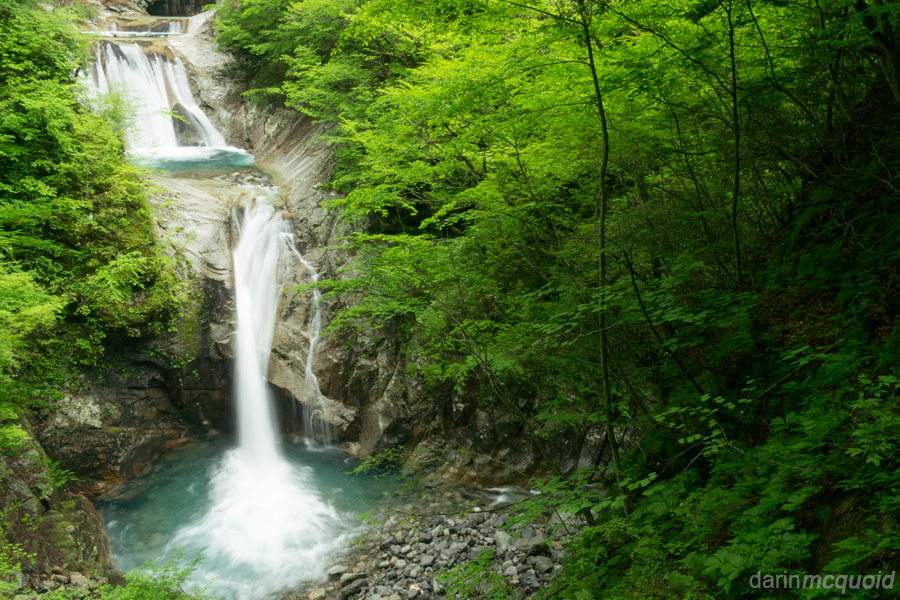 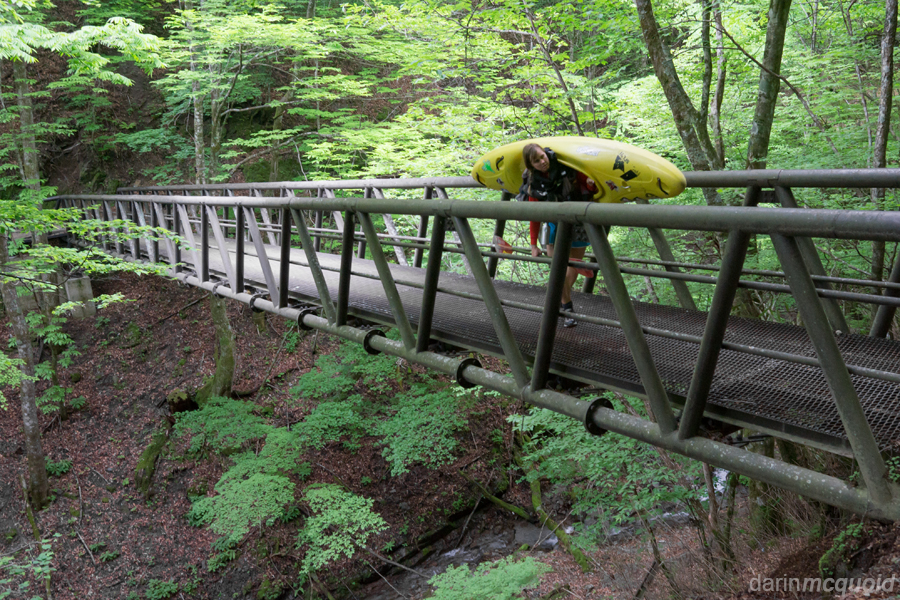 On the Fuefukigawa the clean bits of whitewater are monumentally good. Daniel Brasuell in the teacups. 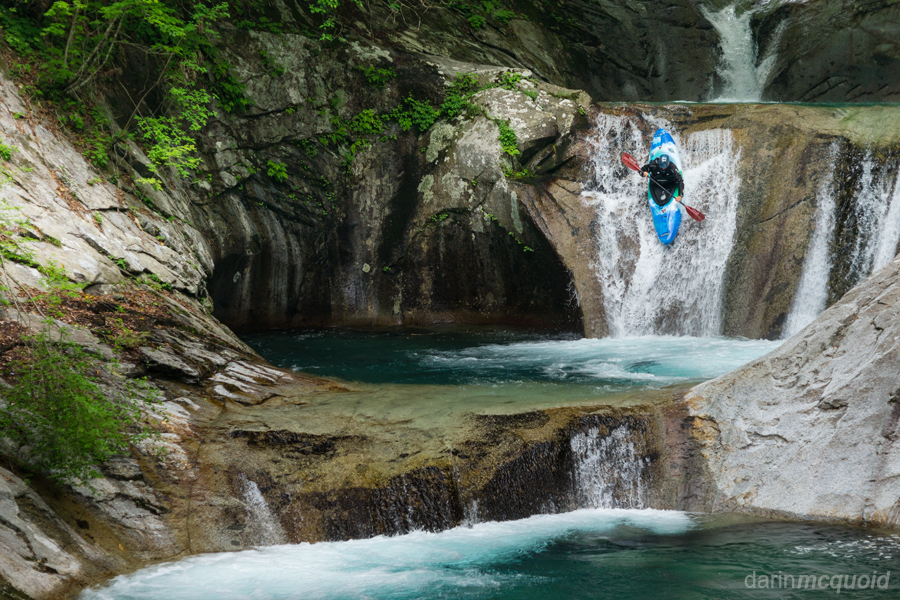 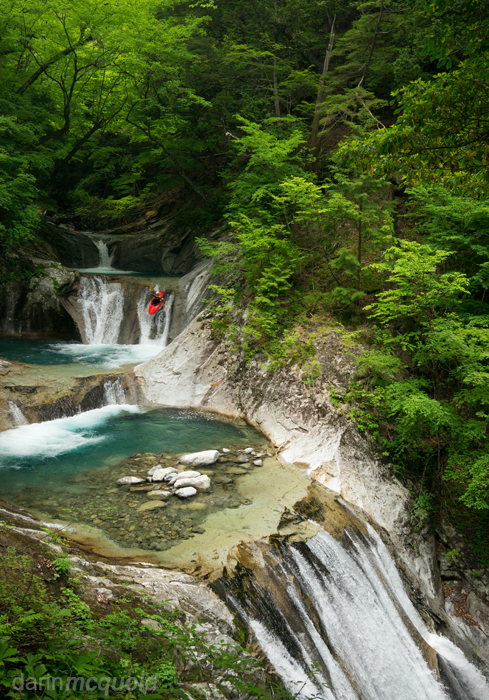 Shannamar Dewey starts one of the most photogenic sequences in the world. 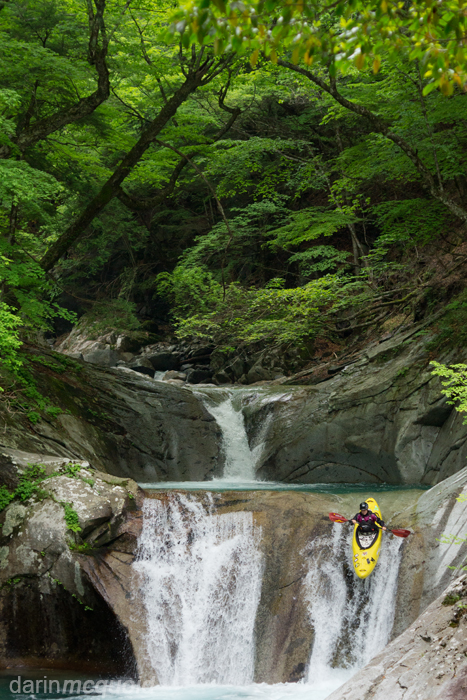 David Maurier with an interesting little splash in the teacups. 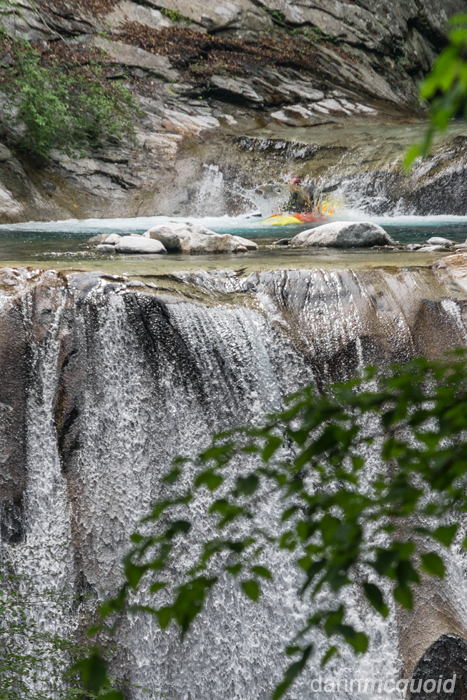 Rok Sribar and a bit of whitewater perfection. 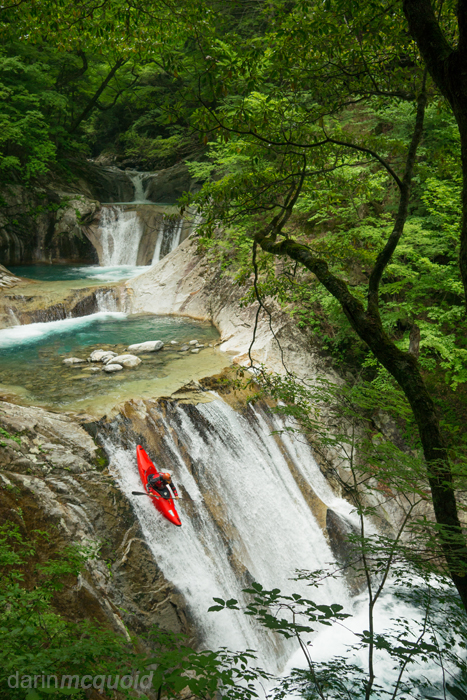 The largest drop on the Fuefukigawa is questionable. If it was the first day of a trip I still doubt most would run it, the chance of taking a hit and sustaining a minor injury is too high at low flows. But a minor injury on the last day, well that's not such a big deal. 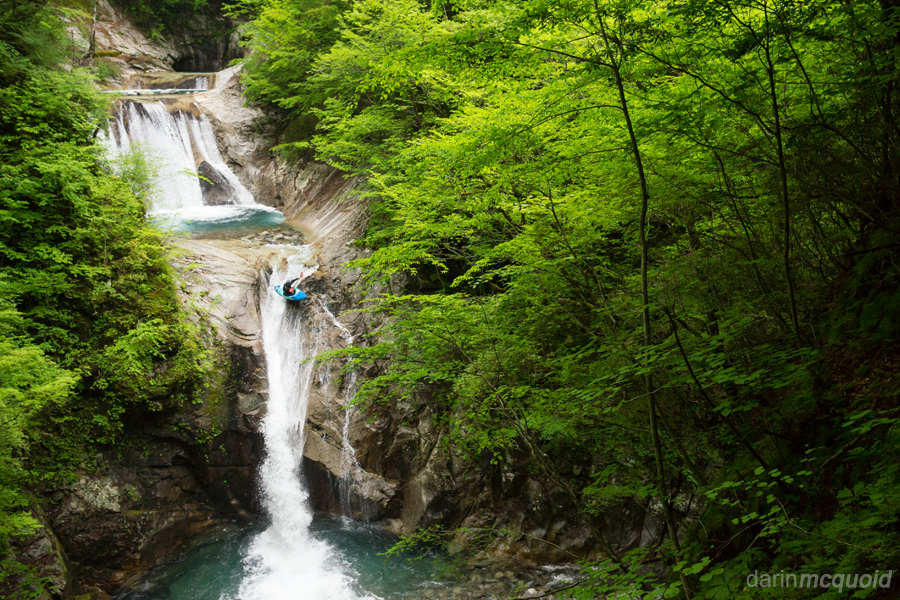 At this moment I pause to question the choice kayak companies make when they pawn off poorly colored boats on team members. Yes, they will be harder for dealers to sell too. Yes, getting an image published is free advertising. In this case the image with the red boat was published over the blue and white one. In fact I've never sold an image with a blue and white kayak in it, yet plenty with red. Interesting.


Yoshihiro Takahashi takes it down the crack. 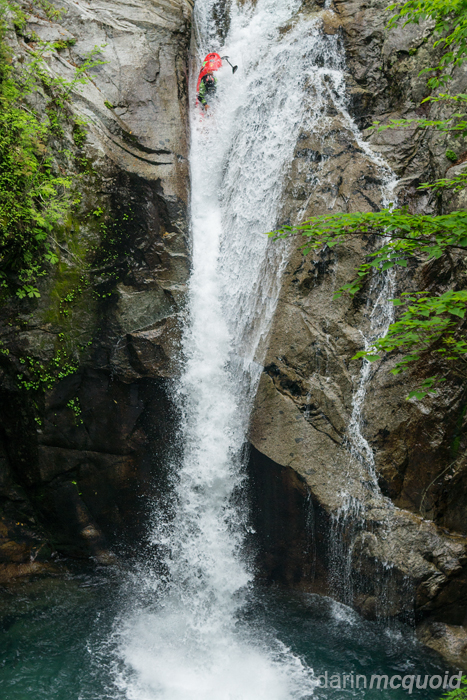 Remote yet not with a trail aside the water. Shannamar Dewey, Laura Farrell and Diane Gaydos. 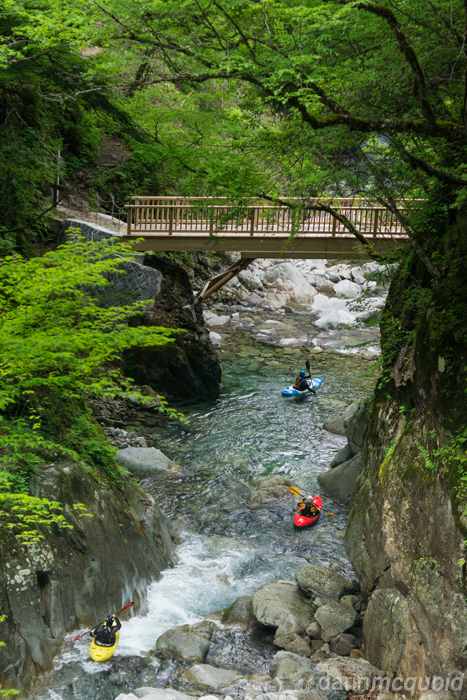 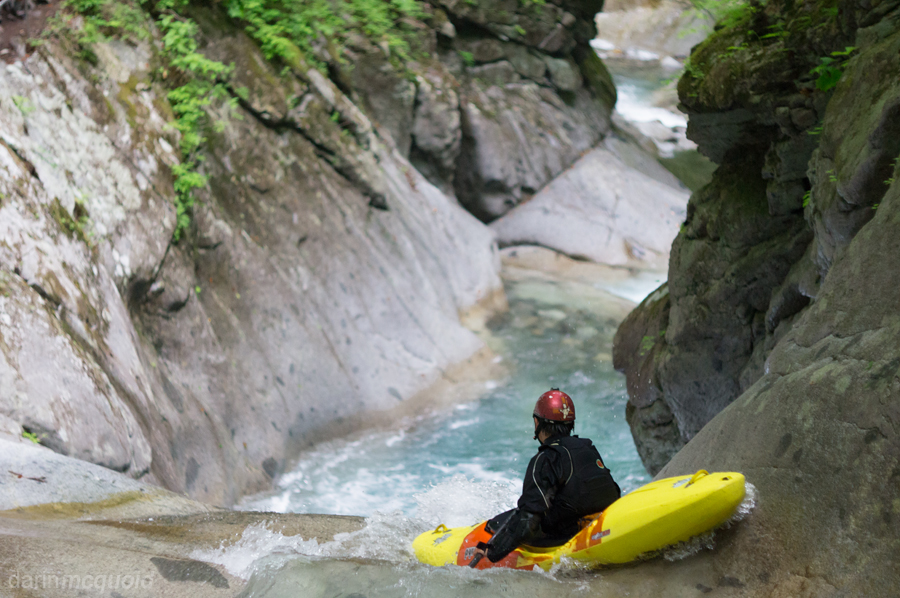 Diane Gaydos drops in as the team waits below. 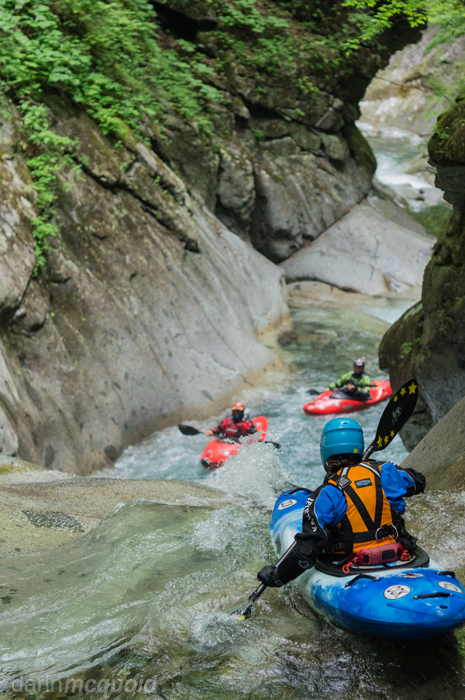 Not in pictures are quite a few manky, shallow boulder gardens and a portage or two. Still worth it. Yoshihiro Takahashi drops into a two stage waterfall. 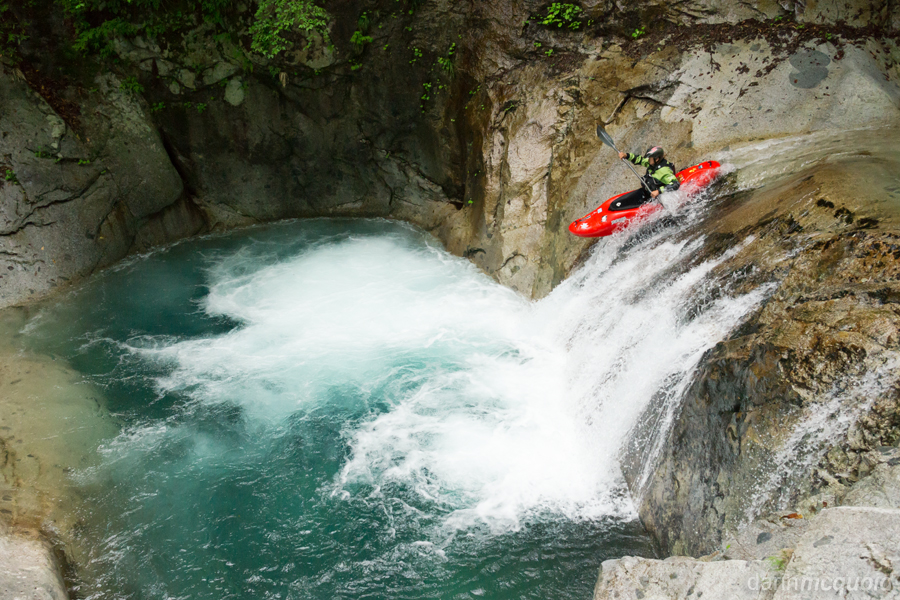 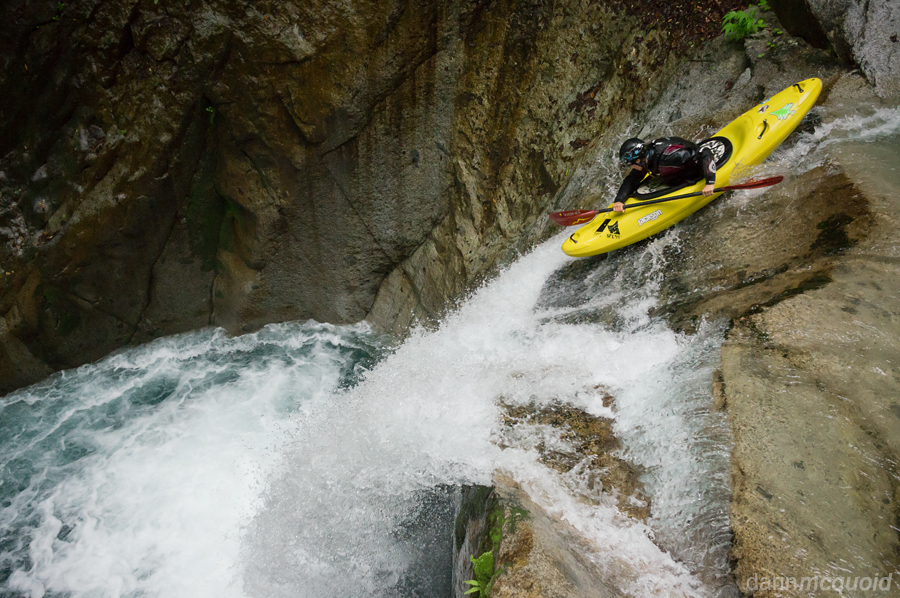 Yoshihiro Takahashi enjoying a waterfall in scenery only Japan can provide. 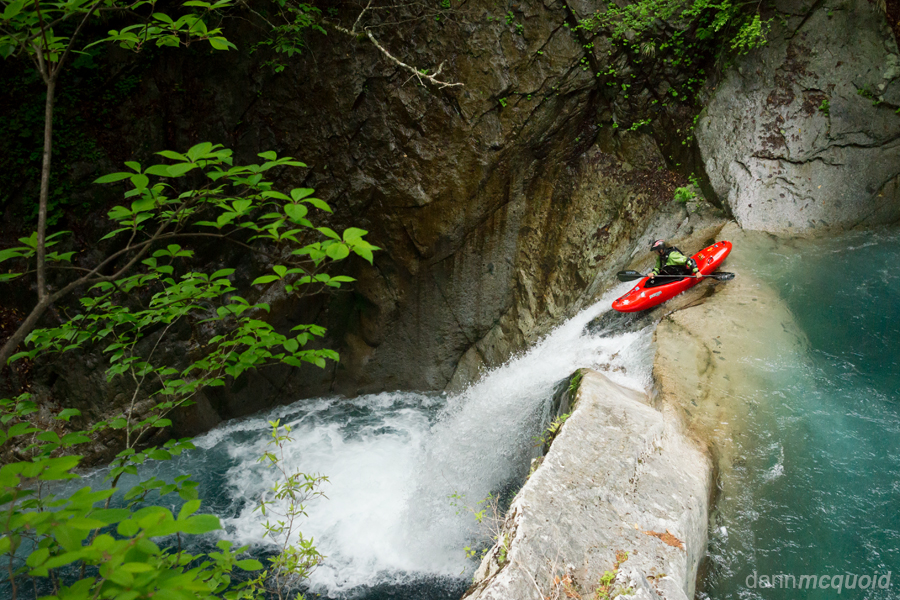 Eventually the Fuefukigawa turns into a strange series of shallow dams made to control erosion. We hike out on the trail with big grins, only disappointed that our time in Japan is at an end. Apparently the fall colors on the Fuefukigawa are something to behold, that's something I'd love to come back and photograph people kayaking through one day...

Thanks again to Yoshihiro Takahashi for hosting us, and his immeasurable patience with our volume levels. With the right person, Japan is an incredibly accessible destination. If you want to get off the beaten whitewater path, experience wonderful culture, history and whitewater, consider hiring Yoshi as a guide. Spirit Japan


The Fuefukigawa is featured in Daniel's video number Sixty-Eight.