Little Harbor River
IV-V
Had we finally been defeated after a month of bushwhacking, cold weather and minimal flows? During our time in Newfoundland we put for the effort, driving over 5,000 kilometers, including a trip to Labrador and Quebec in pursuit of water. While checking the flight schedule in Deer Lake we found we had several hours to kill before Ben's flight out.

Going to a local eatery to capture Chris’s footage, we were able to check the weather and email. Our local contact, Chris Buchanan, had sent an email about rain on the west coast of the island. Chris and I had a flight out of St Johns and several errands to run in town, so we dropped Ben off for his flight and embarked on the all day drive to St Johns.


It was nearly midnight when we arrived, tired but energetic from the lack of exercise. Lacking a phone and not wanting to wake our locals, we camped out in town and waited to see what our last two days would bring. 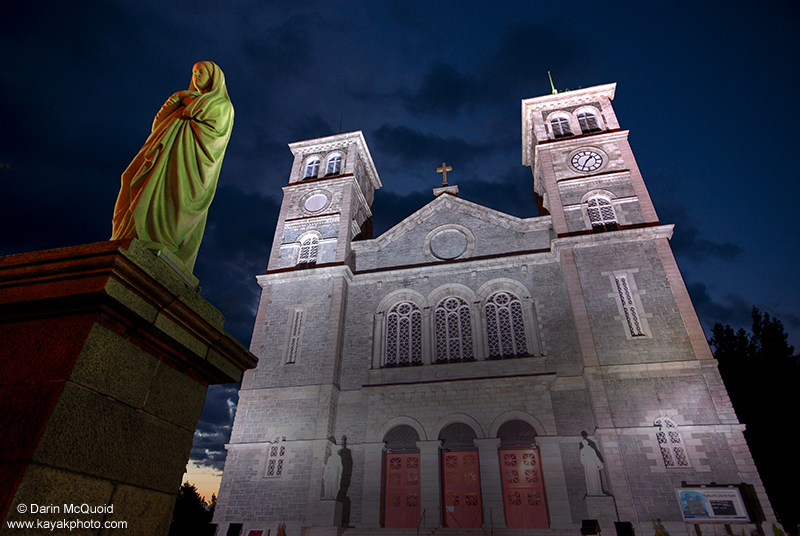 While cleaning out borrowed gear and our car we got in contact with Chris, who had the afternoon off and thought flows might still be up a little. We ran just out of town for a quick run down Bay Bulls Brook.


Chris Korbulic having a great run down the largest drop of Bay Bulls. 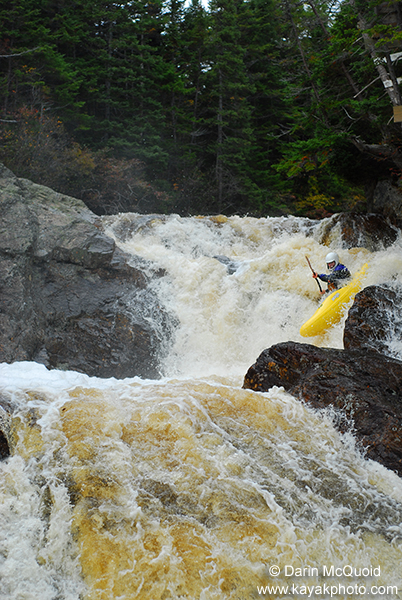 Chris Buchanan on the same. 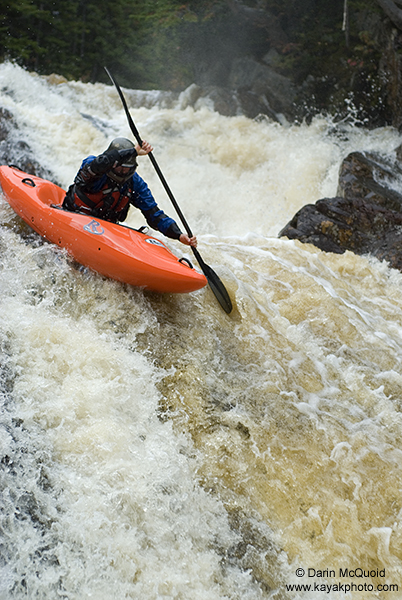 Our appetites were awakened by this bit paddling, and when an un-run waterfall within two hours of town was mentioned, we were in. Joined by KNL member Dave MacDonald we set off for what was promised to be a “fifty minute” hike on a “trail” accessing Little Harbor River. We all knew Chris was blowing sunshine up our skirts on this one, and soon enough the trail disappeared into bogs and tuckamore. 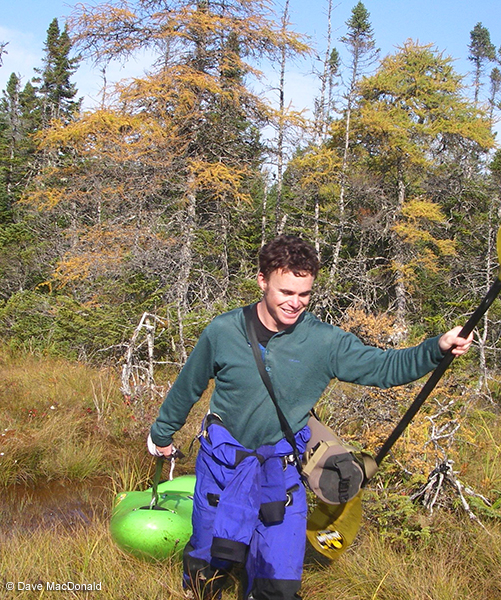 Where did the trail go? Dave MacDonald enjoying the view. 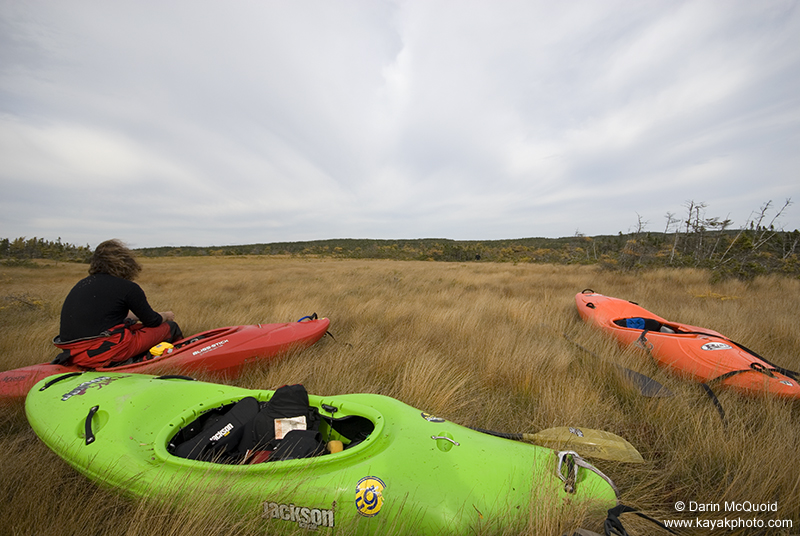 It wasn’t too bad at first, but in the last half kilometer it turned into a full on mission through thick blowdown. 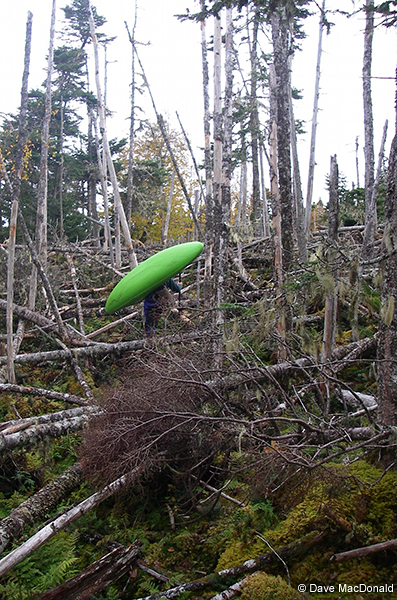 We could hear it long before we got there. Chris and Dave thought it would go but weren’t completely sure. What a beautiful sight after the hike. 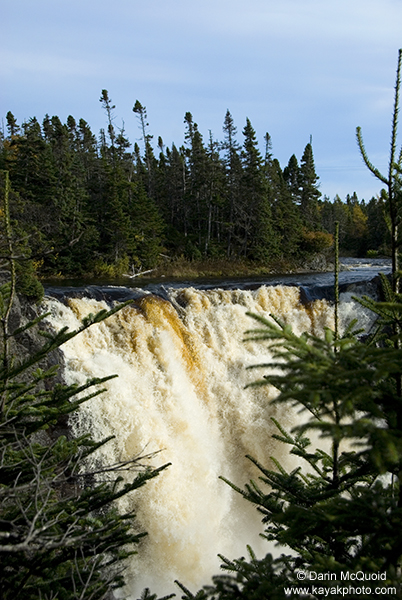 Typical to Newfoundland this drop had many ill placed flakes and ledges, but we knew there had to be a line in it somewhere. After some fairly extensive scouting we found a good looking line about three feet wide, dropping over a green tongue between two flakes and melting a fold and free falling into the hopefully deep pool.


The author lining it up at the lip, courtesy Dave MacDonald 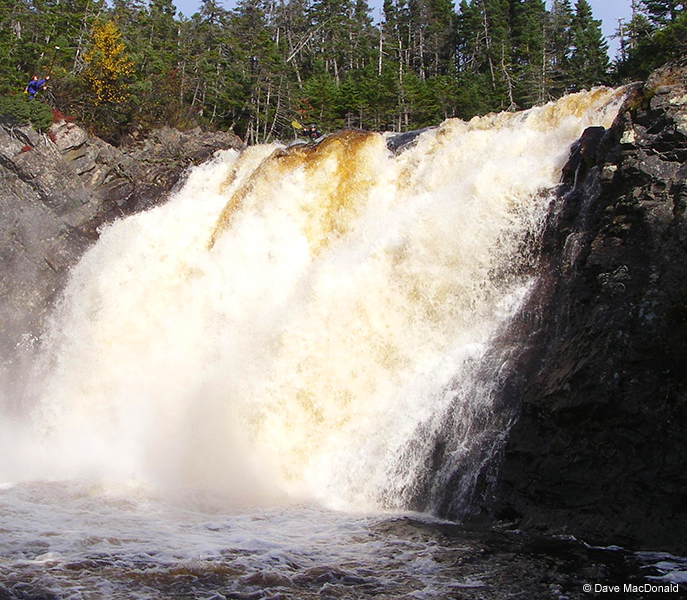 Following a perfect eddy line as a line up marker, I dropped over the lip expected to bump a flake a little on the way down, but accelerated over the lip with no contact and tucked halfway down, melting into the bottom and resurfacing upright with a grin miles wide. Epic photo taken by Dave MacDonald.

With the line being even cleaner than it looked, Chris Buchanan followed next, stomping a great line. 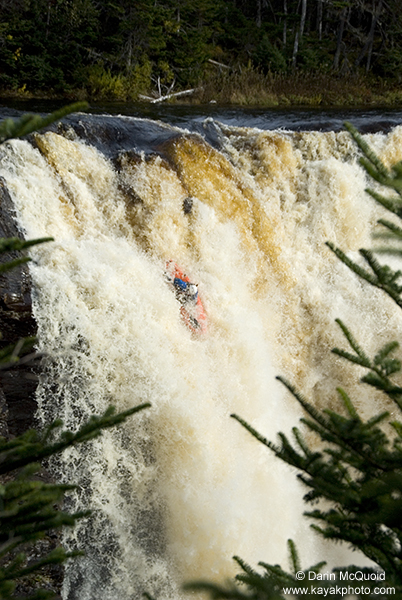 There was no better way to finish our trip then by running a nice waterfall. During the paddle down to the inlet and our cars we enjoyed gorgeous scenery and good company, dreaming of coming back to Newfoundland with better flows for more kayaking. 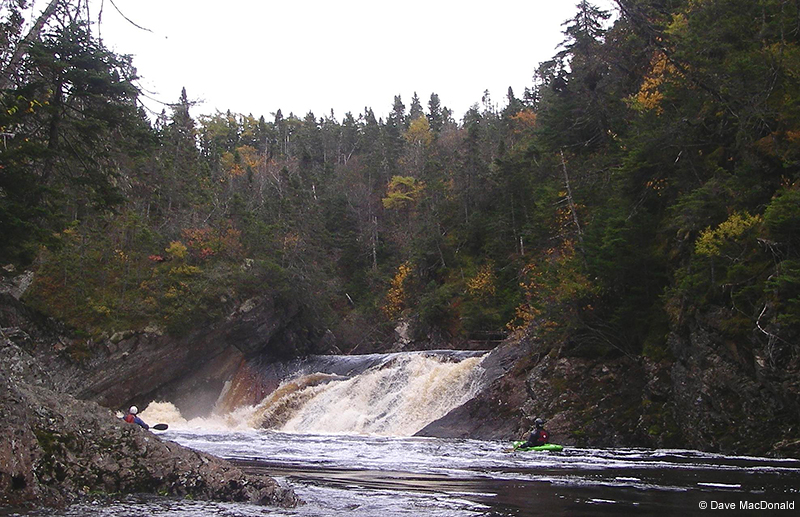