Many great adventures start with...misadventures. We had a obscure run scoped out, a tributary to the North Fork of the Middle Fork American. We even had settle shut, and were cruising to put on to a nice overnighter when the road conditions said otherwise. Only eight miles from the start of the hike...hmm best to leave this one for later.


Cody Howard and Will Pruett 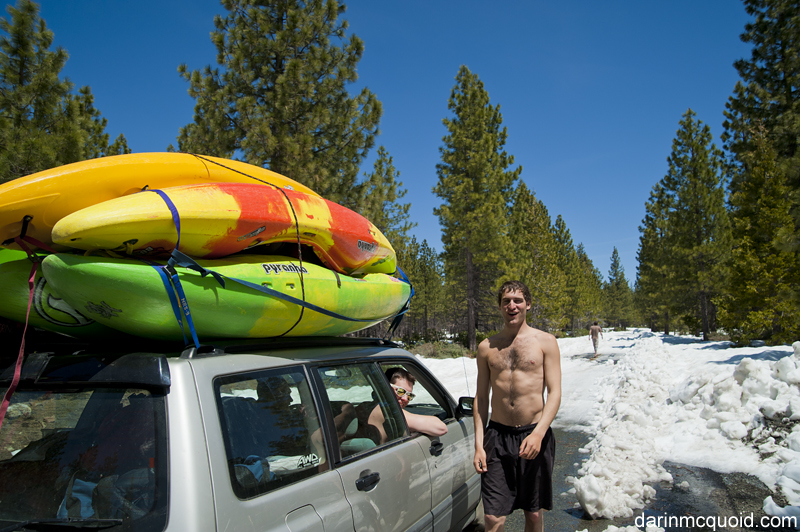 Well we were in the Middle American drainage, which is quite a ways out in the middle of nowhere, so what else was there to do? We came up with Long Canyon Creek, an obscure tributary to the Rubicon River. We had conflicting beta of one group doing it in a day, and another in three long days. As we had food and gear for two, we assumed we were hitting a happy middle ground and moved our take-out vehicle from the NF MF American to Ralston Powerhouse, only a mile or two away.

The whole road was paved and clear of snow. On the other hand it was late afternoon and the water levels looked pretty low. With all the driving behind us we decided to put on, hoping for lots of accretion and looking forward to a similar sized tributary called Wallace Creek. Agreeing that at least one person would break their kayak we put on in the warm afternoon glow.

A bit minimal at put-it. 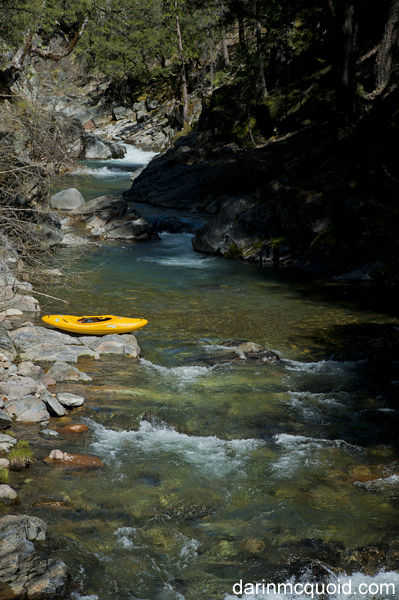 The gazateer was scoured by some of the team and showed a mellow nearly flat four miles, a super steep section and a flat paddle out to the Rubicon. The first corner surprised us a bit. It's not flat. Not flat at all. In fact any more water and it would be rather pushy. 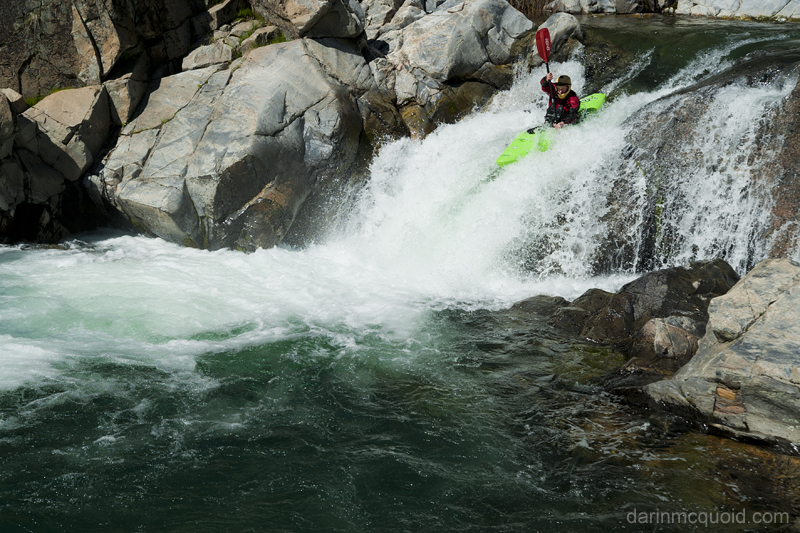 Looking downstream from said boof. Sorry for the bad light, most the images captured were to show the creek not artistic merit. 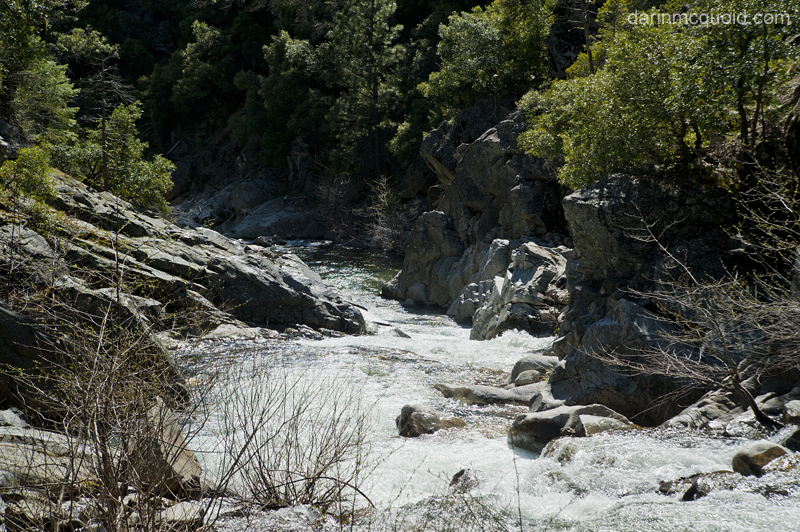 A quarter mile into the run and we're all grins, exclaiming how much better it was than expected. It was a bit low and rocky, but there was a lot of bedrock too.


Taylor Cavin slides away as does the sunlight in the canyon. 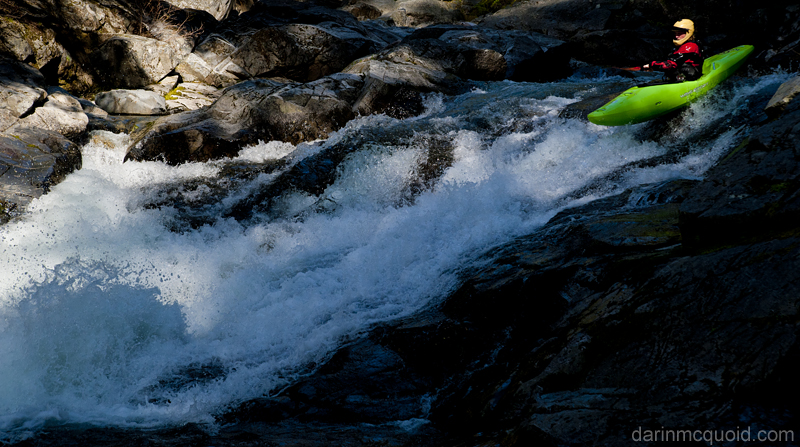 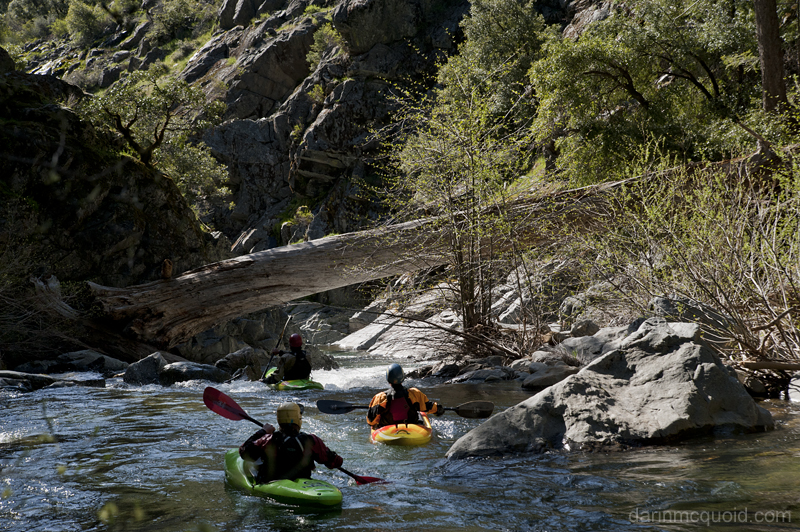 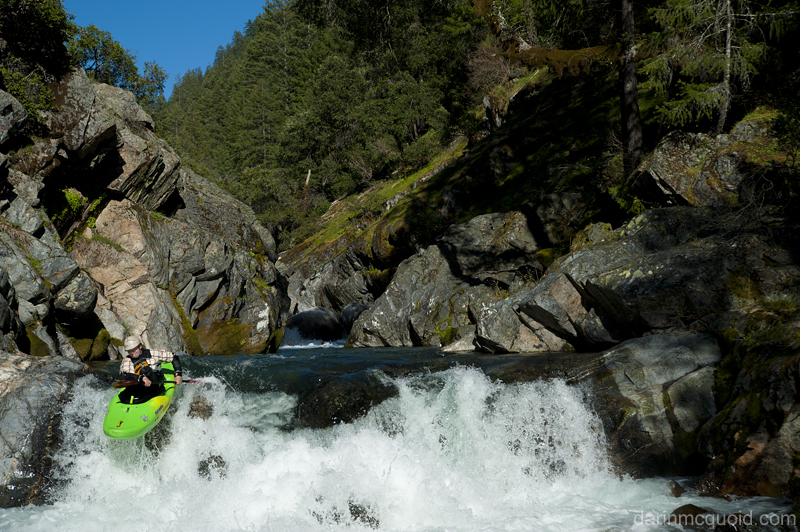 The pace continued for quite some time, a boulder garden or two followed by a bedrock drop or two. Nothing over ten to fifteen feet in a single drop but it nice and steep, feeling like 200fpm or so. There was the odd log portage here and there but nothing strenuous. 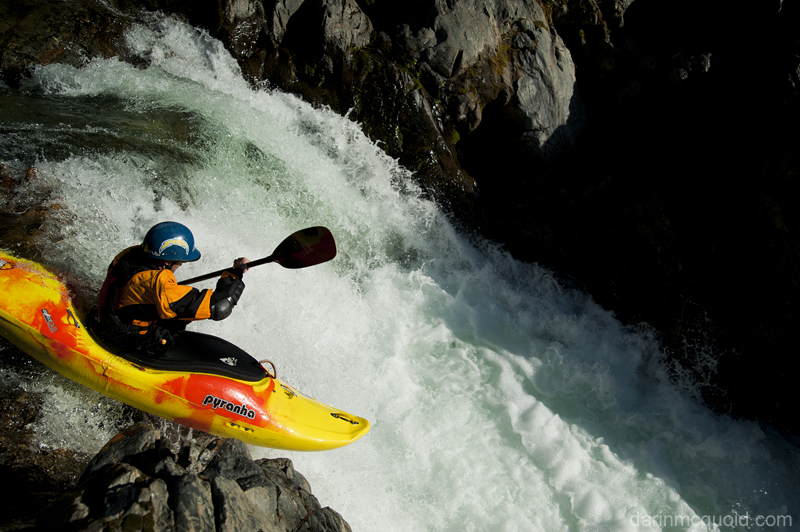 Then everything changes. The river grows steeper and a team member suffers a massive crack in their boat. It's time to camp but the canyon walls drop straight to the river, in the last few hours I have not seen one campsite. We push hard to the confluence with Wallace Creek hoping for a confluence camp, but are greeted by more sheer walls.


Time to put away the camera and make downstream headway as the river gets tougher with twice the flow. 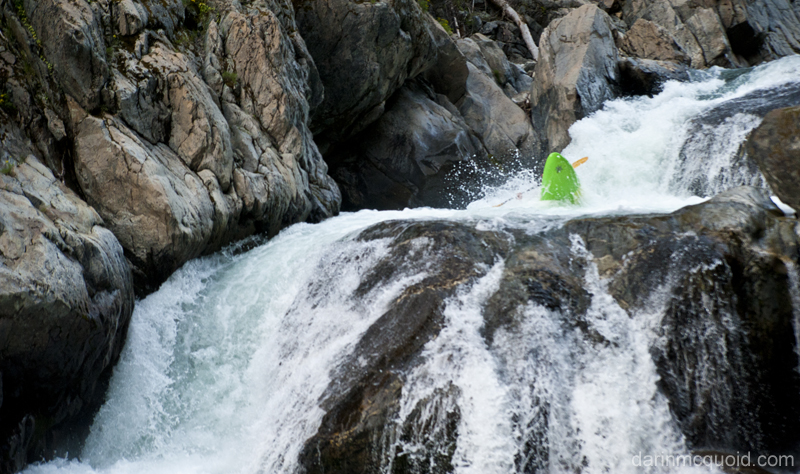 Two or three rapids at a time we make progress to only to be halted by the draining progress. Relief is tangibly present  as a campsite is found on a rock ledge, and we quickly unload and get a fire going. 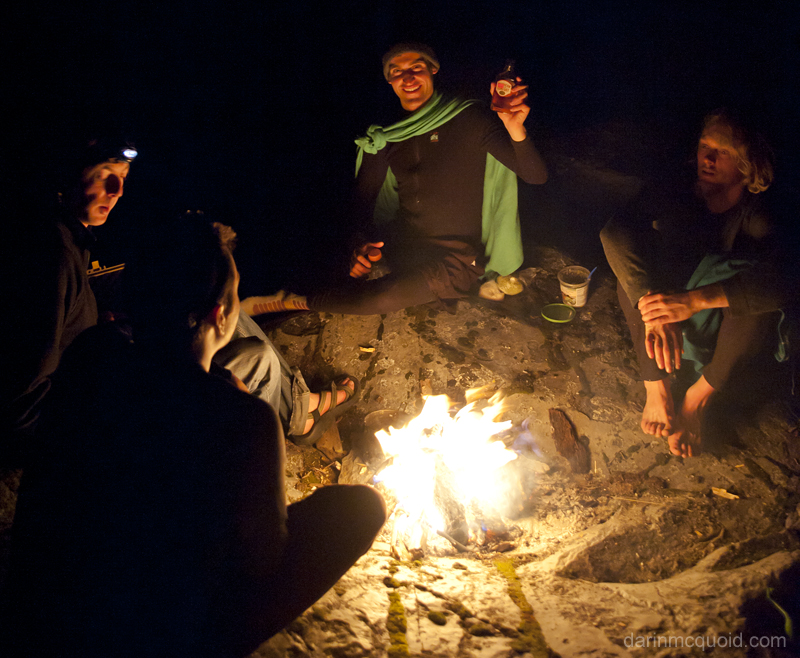 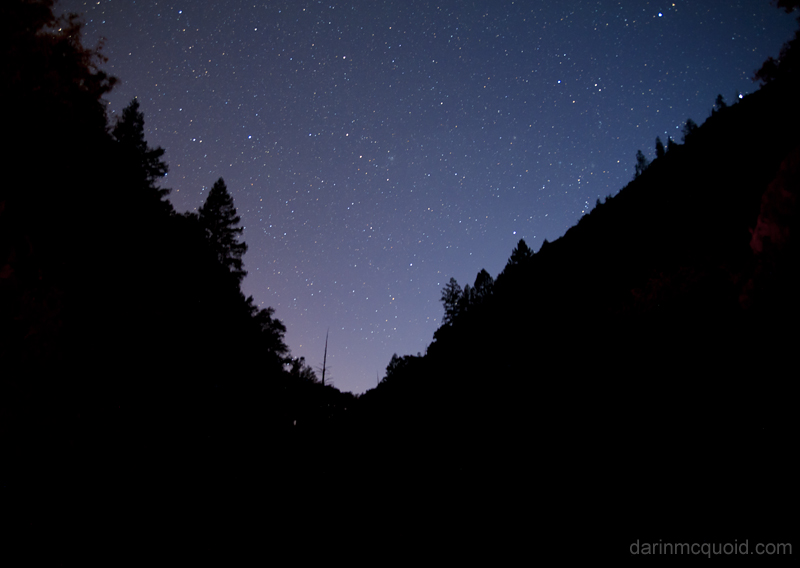 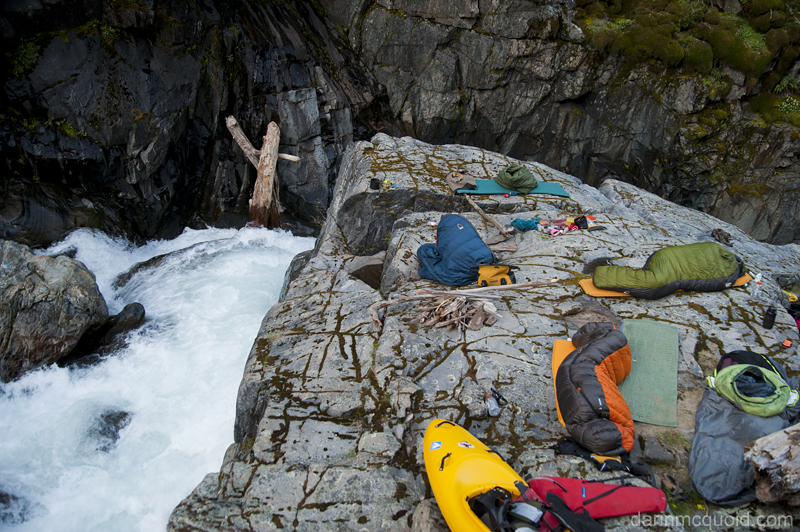 The day starts off with a bang after the camp portage. The river seems steeper and flows adequate. Cody Howard gets in it on a lead in rapid. 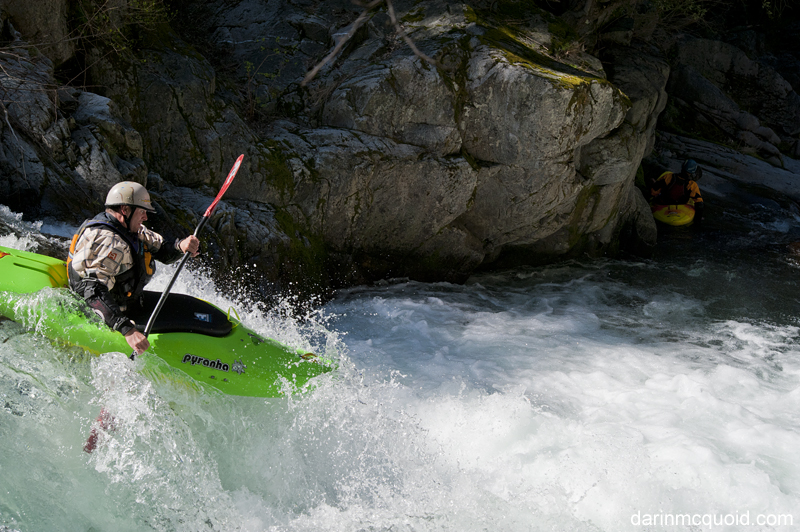 Pretty nice gorge down there... 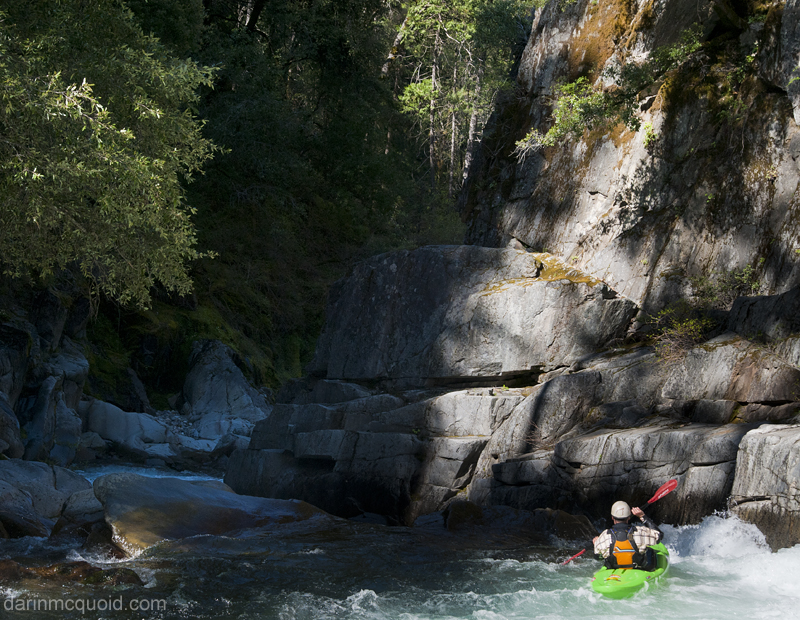 Scouts were more common, and we are forced high up to scout a significant slide. Will Pruett lines up one of the better looking cascades of the run. 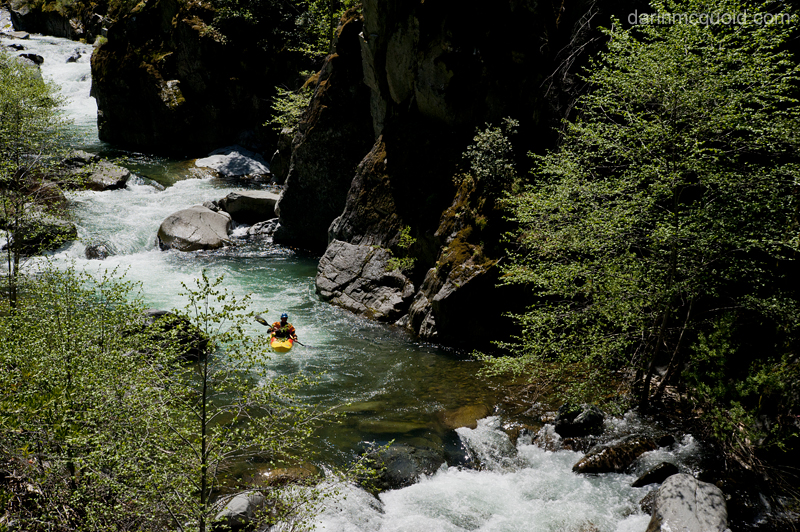 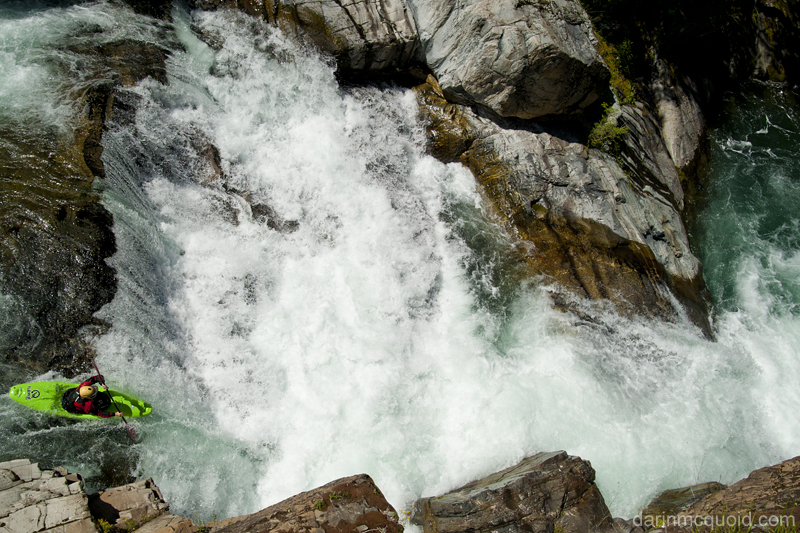 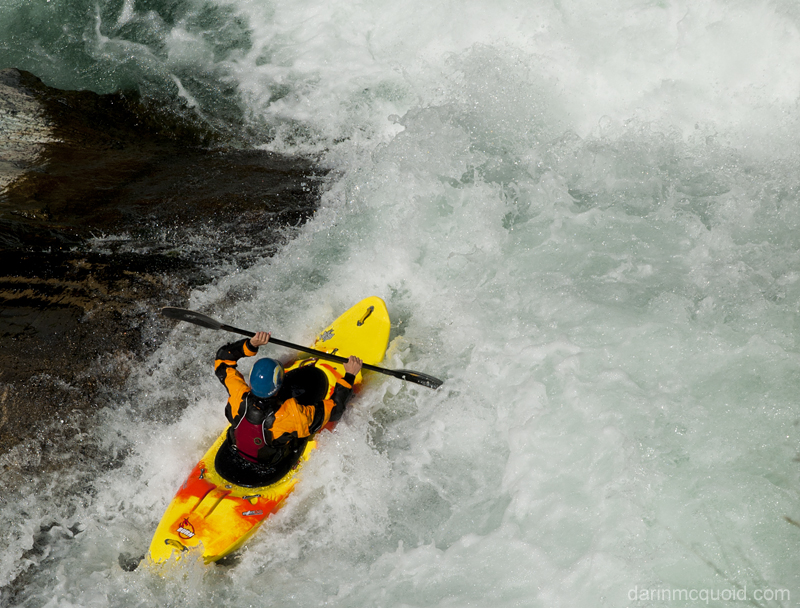 Taylor Cavin on the bottom of the photogenic boof and slide. 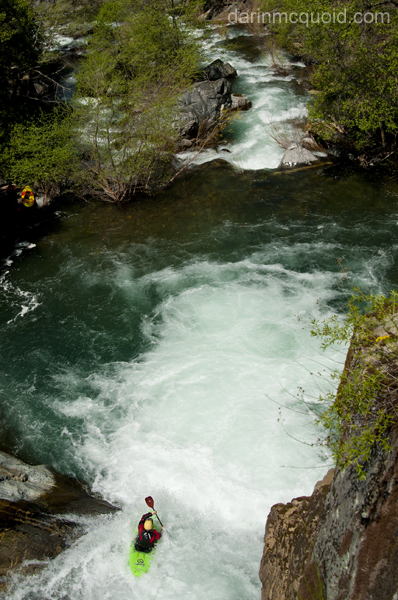 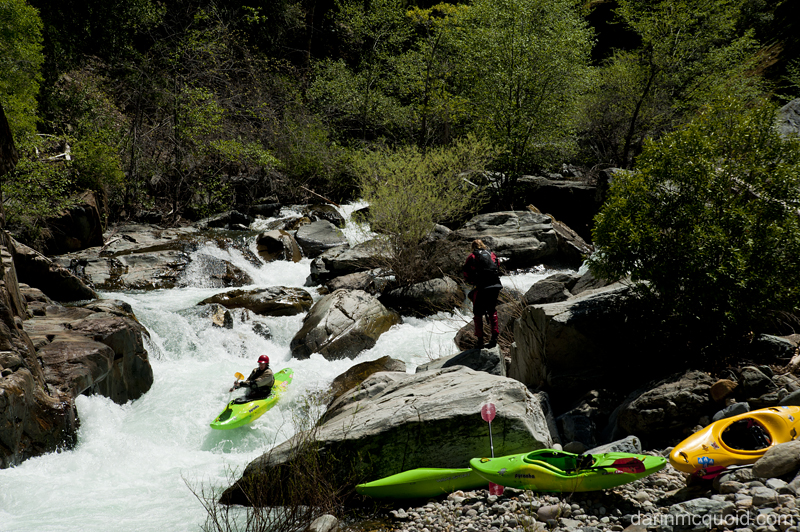 Cody Howard boofs the next ledge, which would apparently be terrifying with more water. 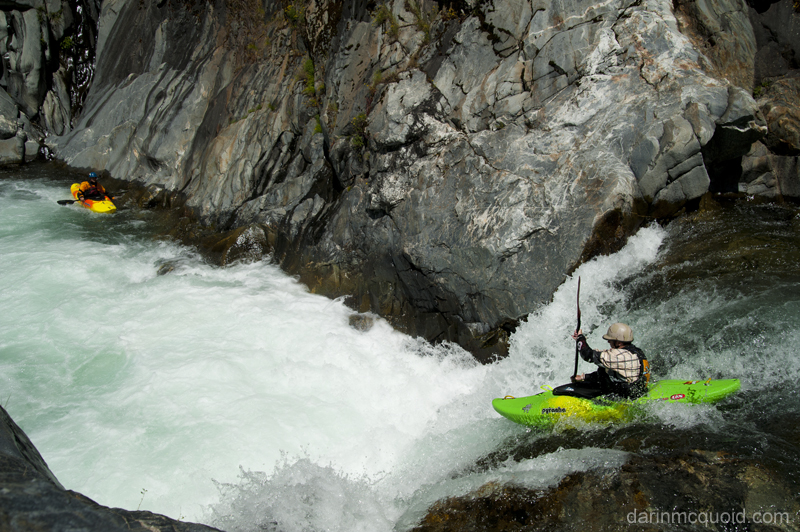 Now things have gotten a little more complicated. We have not one but three cracked boats. The confluence with the Rubicon is not in sight and Long Canyon is as steep as ever. Our method pace turns into a bit of a bombs away frenzy as we go as far as possible before drain sessions. 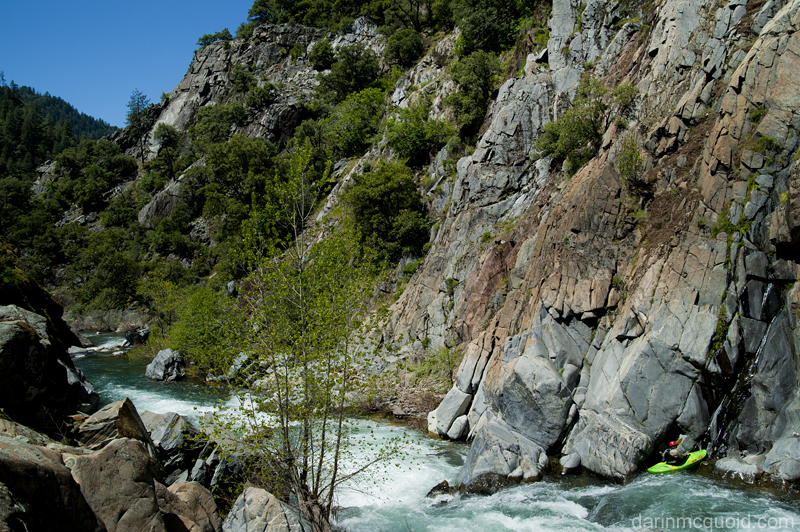 A larger horizon dictates a quick scout, thankfully it's good to go because it's mandatory. 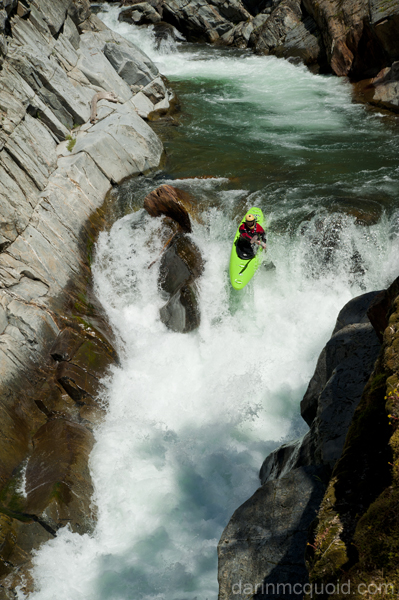 Bombs away again and again through complicated, mutli move bolder gardens. Amazingly they all go and have just enough eddies to feel marginally in control. Around three in the afternoon we hoot and holler as we see the Rubicon confluence. Time to relax and see about patching up gear for the paddle out. 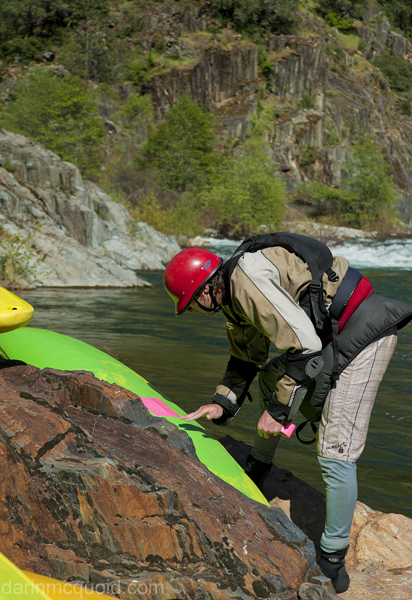 Finally out of the canyon and able to relax and enjoy the sights. We saw a ton of these guys in Long Canyon too. 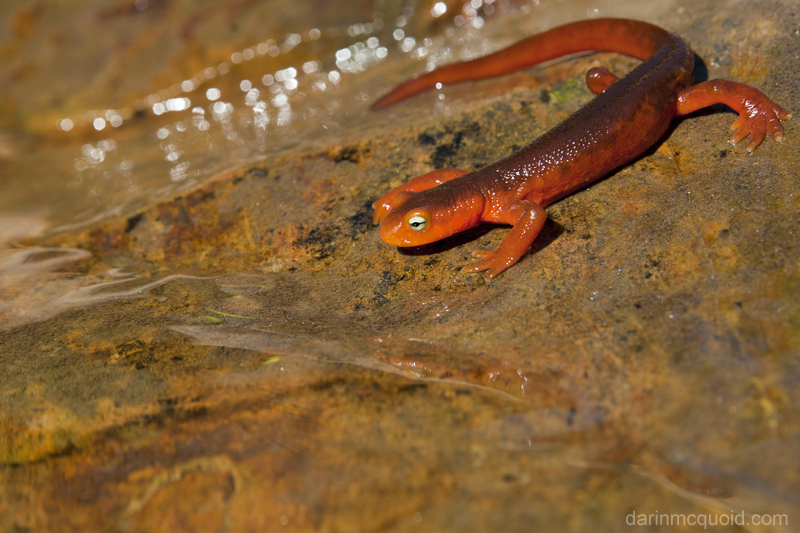 In retrospect, Long Canyon Creek is a bit of a classic. Slightly manky in spots and a bit tougher than expected, we agreed that it was one of the harder runs in the state due to the remote canyon, character and quantity of rapids. It's been described as "ten miles of Shirttail" which is probably pretty accurate.

Stats according to Google Earth: 8.75 miles at an average of  275fpm on Long Canyon Creek followed by three on the Rubicon.

Put in: Continue past Raltson Powerhouse and stay right at any forks in the paved road, until the first creek you cross, which is Long Canyon Creek.