During our second dinner in Pakistan we debated the merits of two options. One was to put on the Indus the following day and after completing the desired section, explore rivers in the Hunza Valley region. The second was renting jeep that would drive us up to Askole, where the road ends near the Baltoro Glacier; the beginning of the K2 trek.


Good morning to the “foothills”. 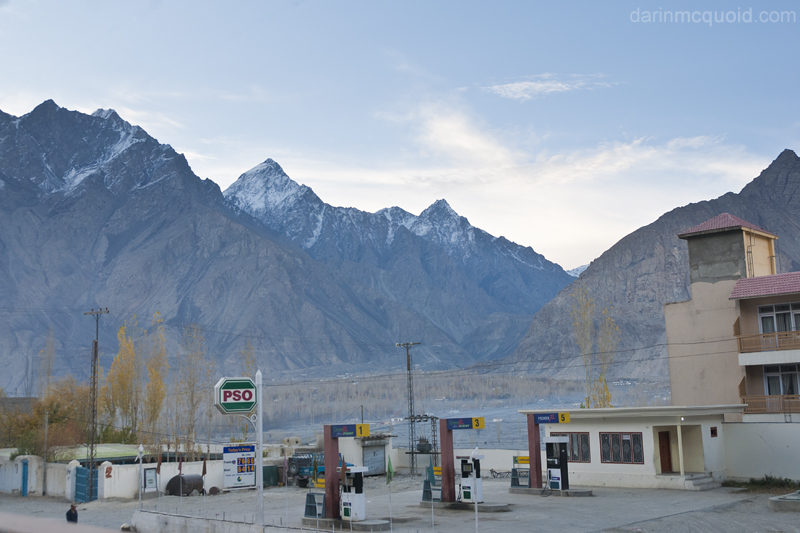 Unfortunately during the night Chris got sick, and we all hoped it was just a quick case of food poisoning, and he rested while we mastered breakfast at the hotel.

During breakfast the next morning the group generally consented that once we put on the Indus we wouldn’t make the long drive back up to Skardu, so it would be fortuitous to explore the area while we were here. It would be a gamble, but it was a group decision so we finished taming our meal and strolled around town while Roland worked on engaging a jeep, because our vans wouldn’t make it up the rough road to Askole. We hoped to explore a tight canyon on the Braldu River.


Come to find out our hotel doubled as a cement block manufacturing plant, I guess this is where the advertised “garden” would have been. 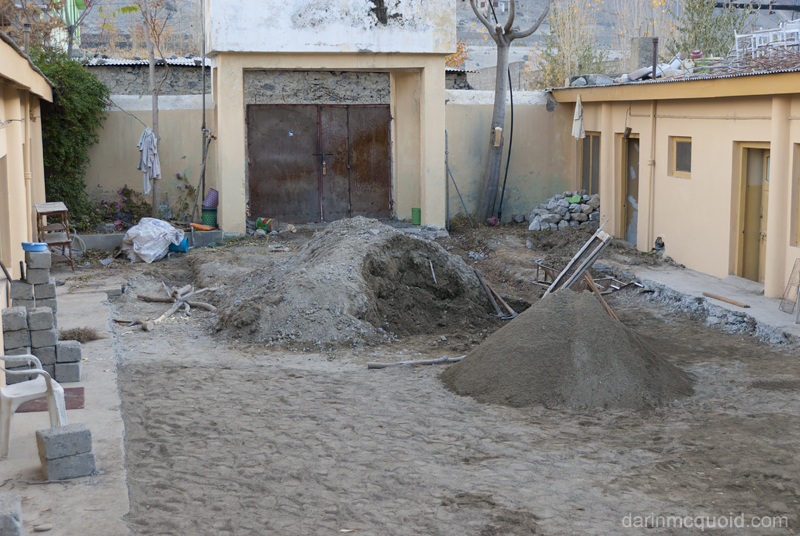 Our initial jeep findings were too expensive, and when we found out it had no reverse we were glad we hadn’t rented this one as we pushed it back out into the street. 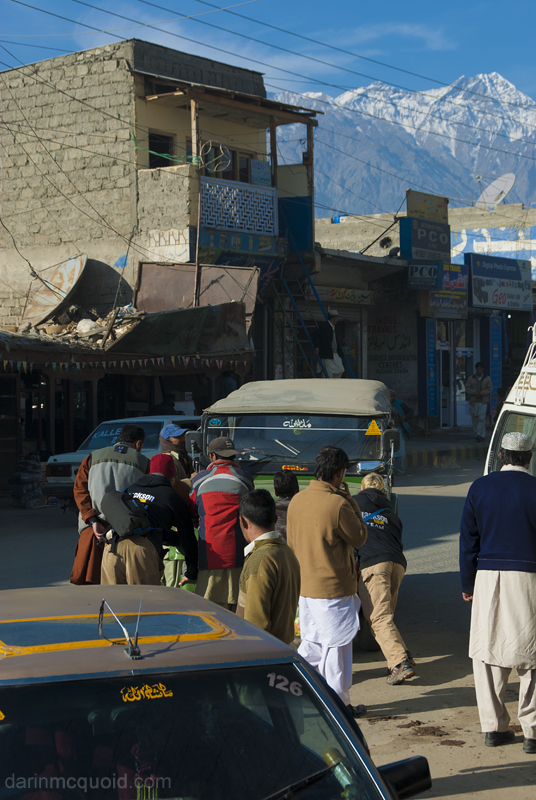 Contrary to this laughable photo, Pakistan is the cleanest third world country I have been to. 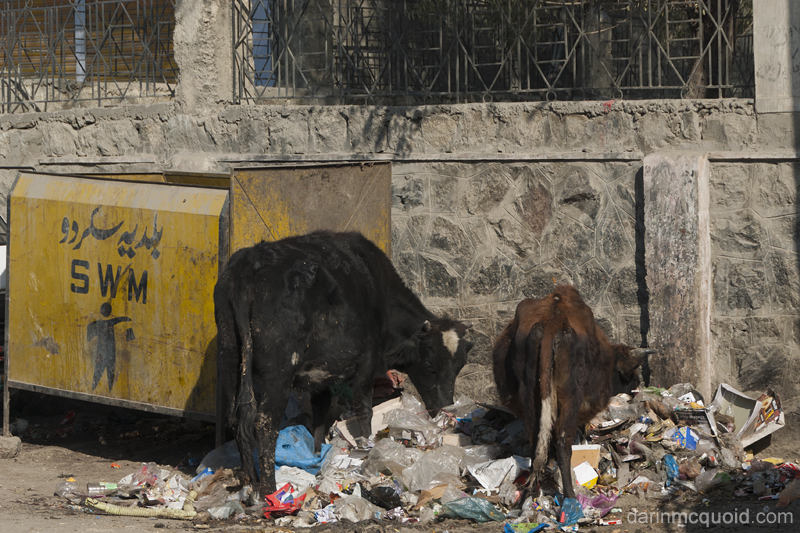 Pakistan is not quite up to California’s “hands free” cell phone laws, but having a police officer on the back must make it safer. 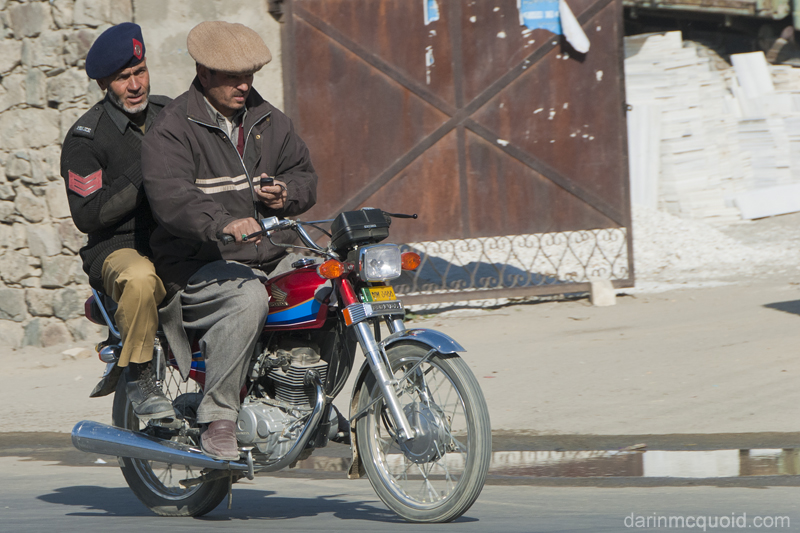 Once we secured a “jeep”, a sweet old Toyota Land Cruiser, we loaded it up with all six of us plus the driver, our boats and overnight gear, and were in route to Askole. On the way we stopped in Shikar for lunch and were swarmed by friendly school kids. 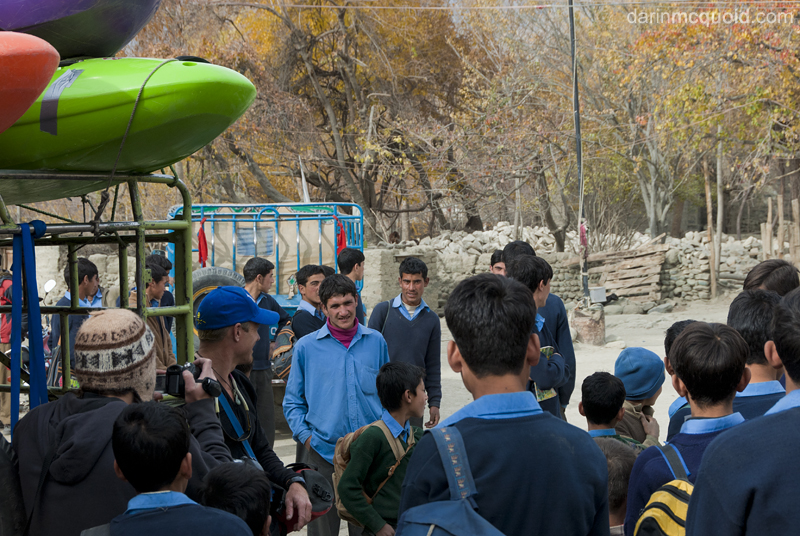 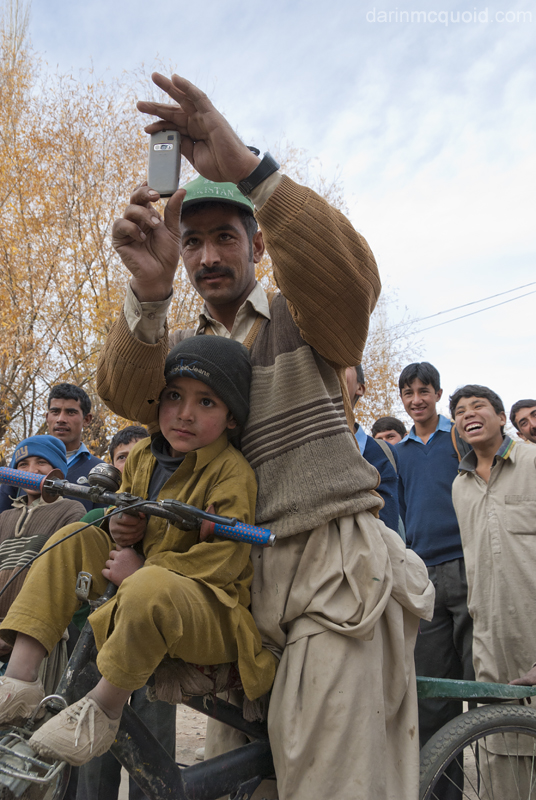 We enjoyed the ever present dahl and chai, and hit the road again. The road continued to wind up the valley, but the going was slow. We were continually in awe of the scenery. Occasionally friendly locals would hop on for a quick ride between towns.

Coming around a corner we passed a group of women and who shocked us with the unmistakable hand across the throat signal, followed by spitting on the ground in our direction. This is the ultimate Balti insult, and the reason became clear as we drove past a school fenced by a cement wall, adorned with the slogans “I hate America” and “Down with America”. We were obviously passing Taliban funded madrassas, a growing problem for villages too small to receive government schools.


Three Cups of Tea is an engaging read about Pakistan’s school situation.


This was the only negative interaction we’d had so far, and shrugged it off as we motored through several more friendly towns before reaching a military check post. In an effort to hinder movement of the extremist groups, there many active military and police check points.


The scenery was pleasant at this check point…unfortunately about this time Phil got sick too. 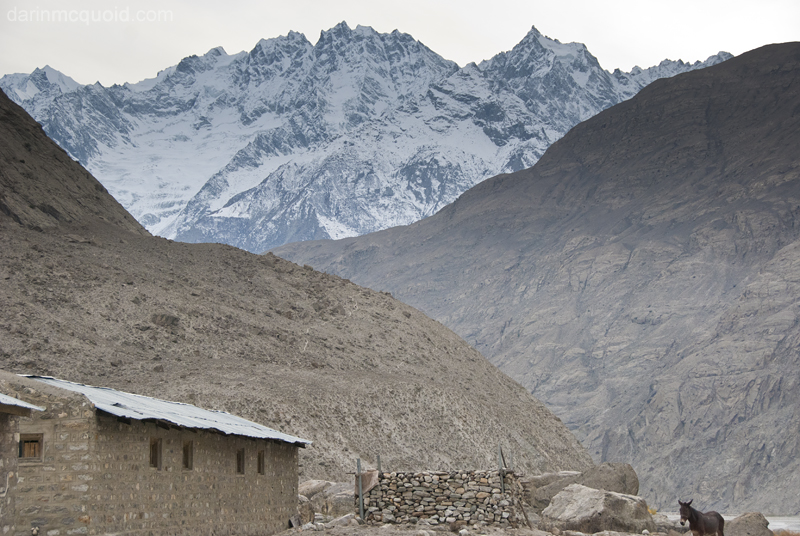 To date on the trip all the check points had been brief stops to record passport and visa numbers, but this post is on the single route to K2. The only tourists they are used to are climbers or trekkers, and for both activities a permit was expected. Technically we didn’t need one, but they weren’t sure about that and treated us to tea while making some calls…and more calls. Eventually our pleasant hosts gave us the thumbs up, except that a quarter mile down the road was a police check point, and they would ask for the permit and didn’t have a phone, so we might be able to talk our way through. During the whole process we checked out the area and noted the river really looked too low anyways. We decided to cut our losses and head back to Skardu and put in on the Indus, and passed a rough night with Phil recovering while Rafa and Ben got hit by the flu. 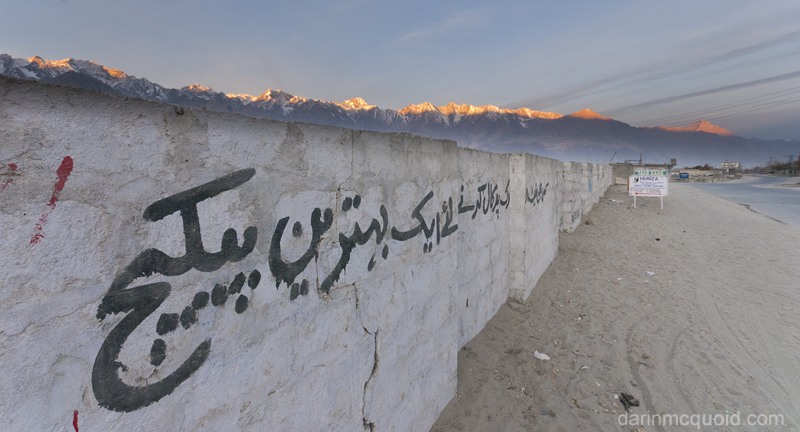 We headed to the Indus River oblivious to the stir we had created yesterday. On the way we took a break to see how the locals go fishing. I can’t imagine how cold this must be! 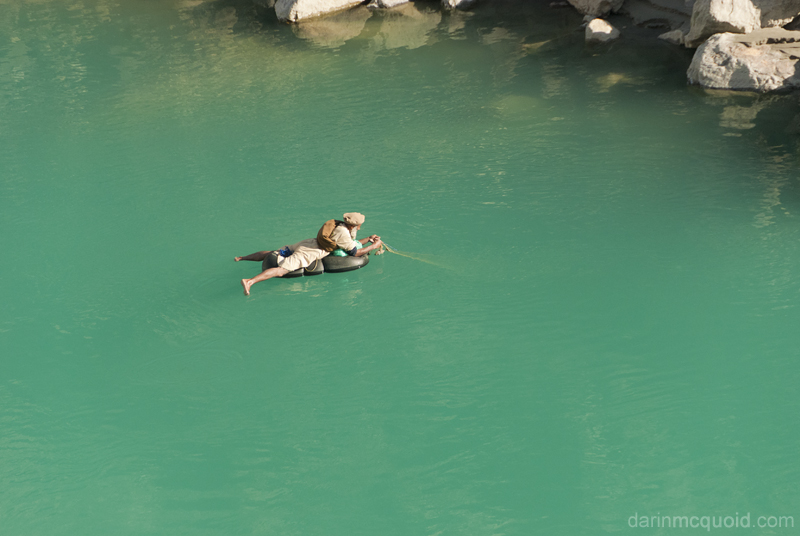 We were packing our boats and overnight gear when Roland disappeared. We hoped he was just walking around and finished up, but right as we were fully geared up he returned with bad news. Because of our stop last night, all the local police knew we were in the area, and to cover their rear ends, wanted to make sure we had a permit. They told us we would have to talk to the local District Controller, so we were forced to abort for the day and schedule a meeting on the next.

This worked out well for me, because I ended up with the flu and spent the following day purging while our permit was drafted by the local authorities. They were more than helpful with the process and after one more night in Skardu we were destined to finally put on the Indus.


Skardu sunset from what felt like my death chamber. 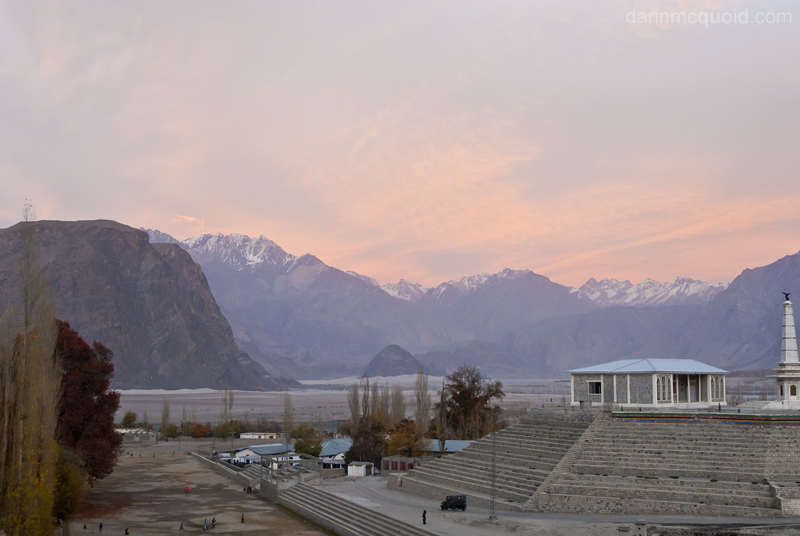