Park and Play on the Klamath "Schoolhouse" 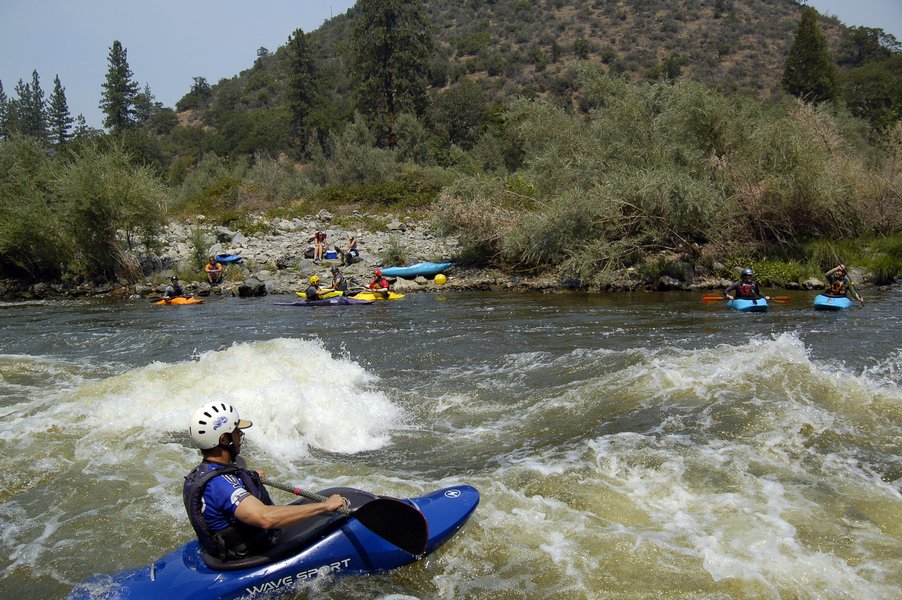 
Schoolhouse is the most well-known and widely used playspot on the Klamath River. This isn’t surprising considering it’s proximity to Ashland, Oregon and I5. Schoolhouse is a pretty average playspot that offers up a decent amount of hole moves, but isn’t terribly retentive either. It has fantastic eddy service, eddy lines are rare, a nice deep hole, and warm water that doesn’t require a drytop. Ideal flow is around 900 at Iron Gate Dam, but the feature is “in” from 700-1150cfs. If you don’t know where it is, directions tend to be a bit vague. All pictures are at 1050 and the video is at 900. When I arrived at noon I surfed alone for about an hour, but by three there were fifteen people in the eddy, which is a huge lineup for the spot, the previous high I had ever seen was four.

The best directions I can give are to drive downriver from I5 until “Tree of Heaven Campground” and proceed 7.5 miles further downriver. This is roughly 25 miles off I5 but I have not used my odometer from I5 so that part is just a guess. At 7.4 miles you will see this small sign off on the right hand side of the road. 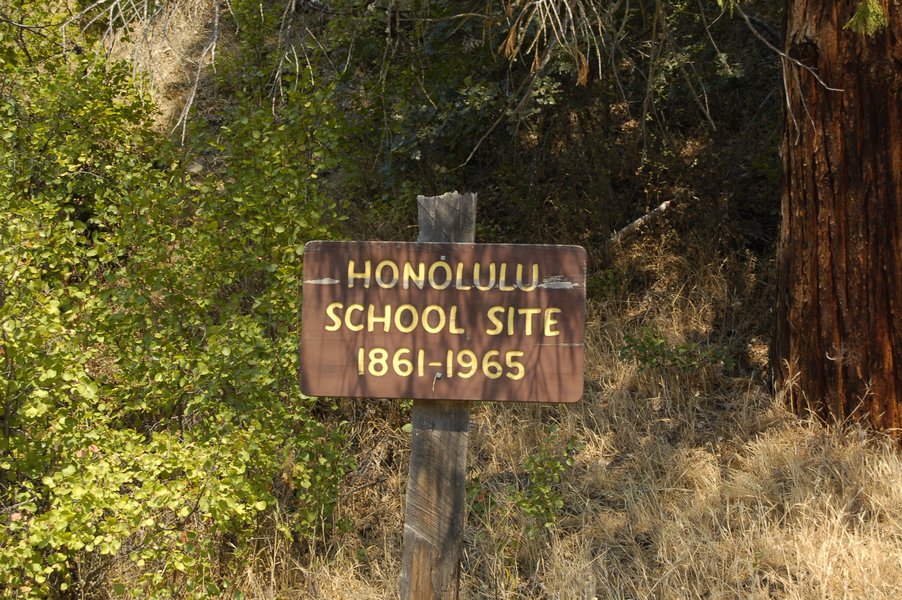 On the left hand side of the 30mph corner you will see a small turn out, drive past it a ¼ mile and turn around at Empire Creek. Go ¼ mile back up river and park in the turnout on the corner. Rumor has it CHP has been aggressive at ticketing cars parked facing downriver in the turnout. Follow the path down to the water and veer right when the path meets the water. It’s pretty obvious. 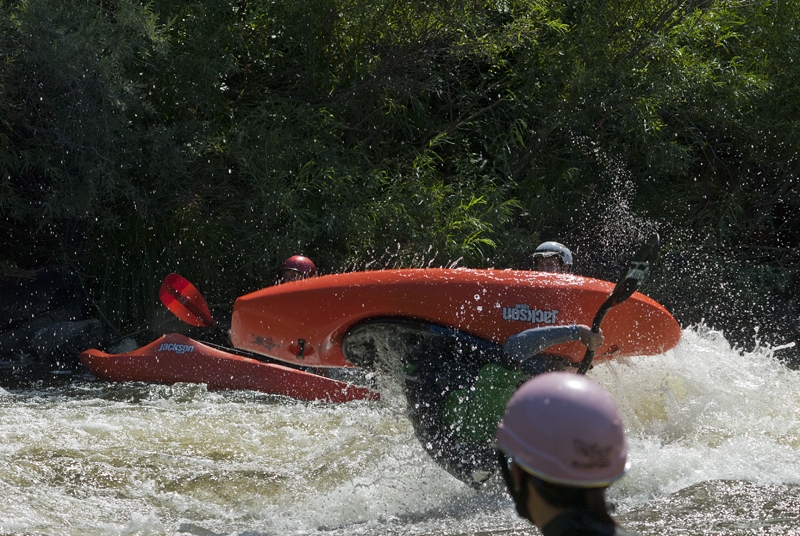 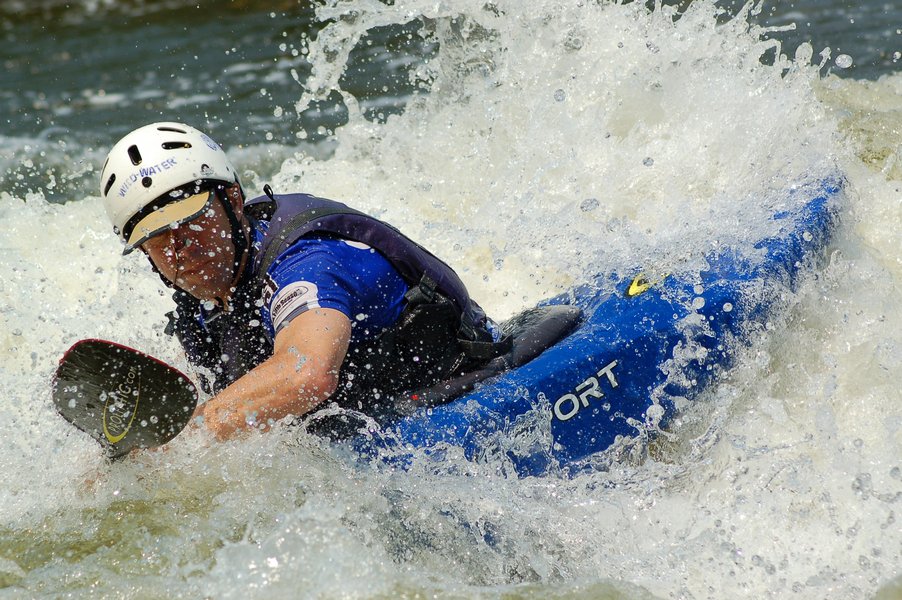 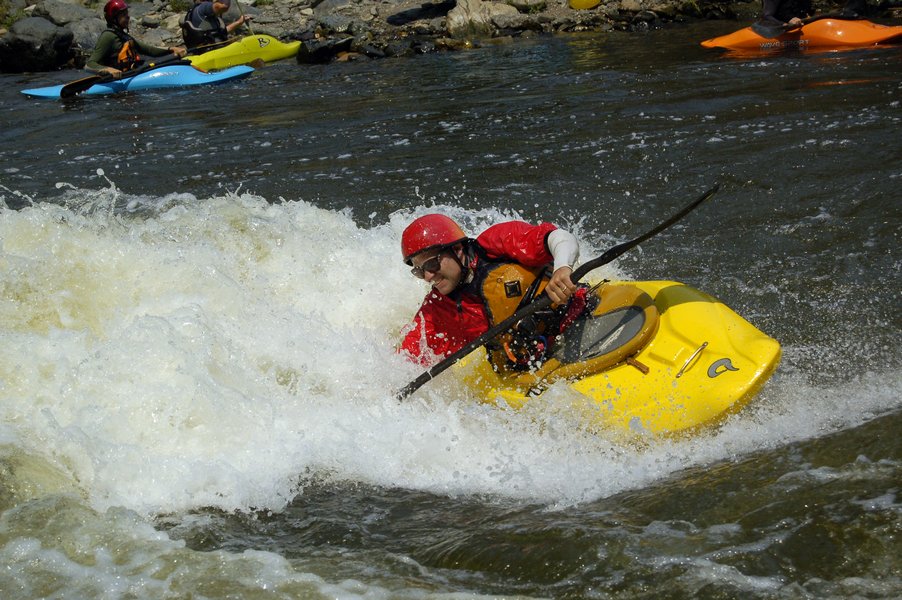 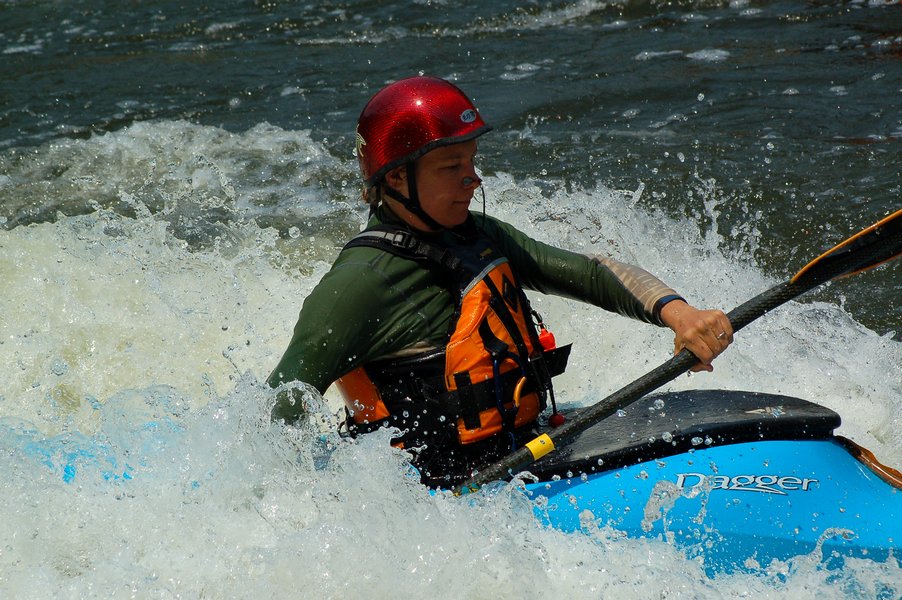 If your timing is right, the blackberry picking is fabulous too. 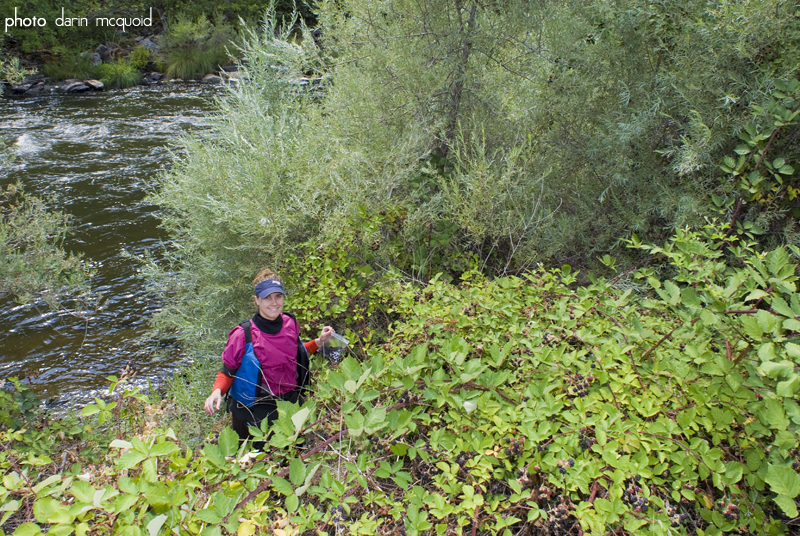