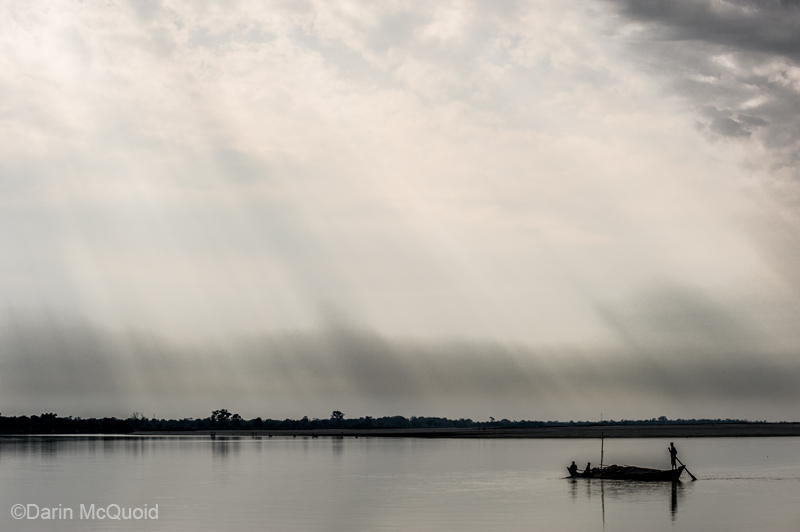 The Yarlung Tsangpo and associated legendary expeditions are some of the most well known kayaking feats. If you've watched any films or read literature on it, you'll know the Yarlung Tsangpo descends from high in Tibet, and has been run down to the confluence with the Po-Tsangpo and then the last eight miles are untouched. These last miles are a no go, not so much because of to the V+ whitewater, but due to the tense border dispute between China and India. The Chinese government won't allow expeditions to get close to the border. What happens to the Yarlung Tsangpo below? Upon entering India, the Yarlung Tsangpo is known as the Siang. The Siang then flows for many miles to the confluence with the Lohit River, where it becomes the  Brahmaputra.

Thankfully India has a much more relaxed policy the border, and it's possible to paddle the Siang River within viewing distance of China. Getting there however, is no small task. First up is catching the ferry out of Dibrugarh in Assam to end up in Pasighat, Arunachal Pradesh. It's strange to take a ferry on a river you'll soon be paddling on.


If you're used to the typical massive North American ferry you'll be in for a surprise. 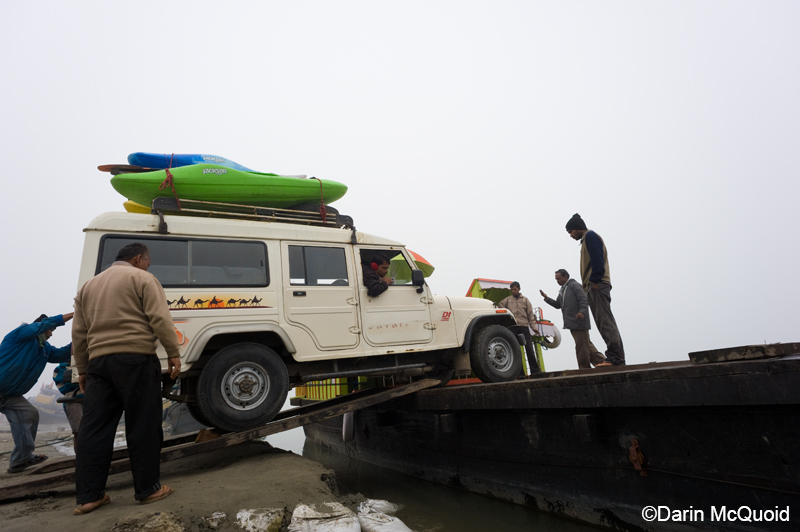 The auxiliary engines get to work. 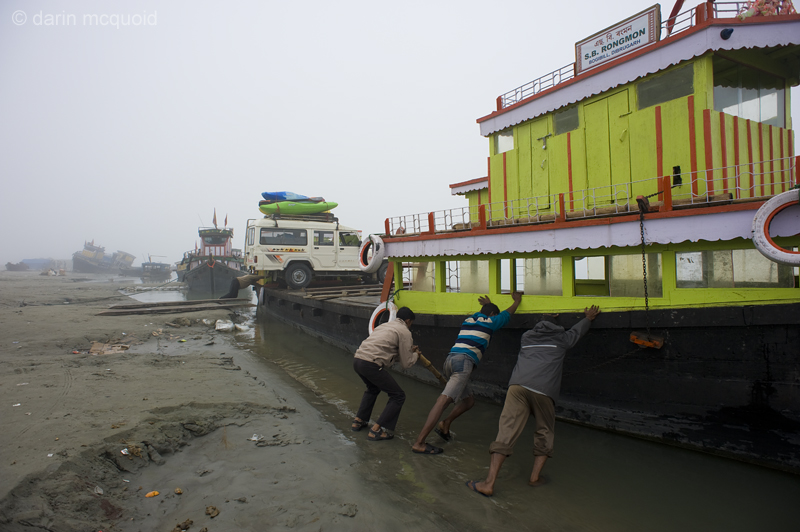 Once in Pasighat, it's a full two days drive to put-in near Tuting. Not a lot of miles, but a lot of rough road.

David Migoya and a praying mantis during a break from the drive.

A little spicy, even for the Mexican contingent. Everyone was crying from the peppers. 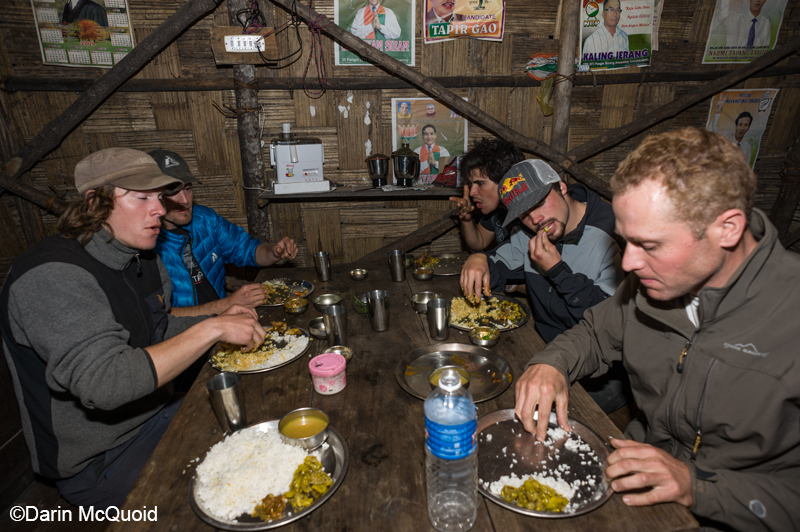 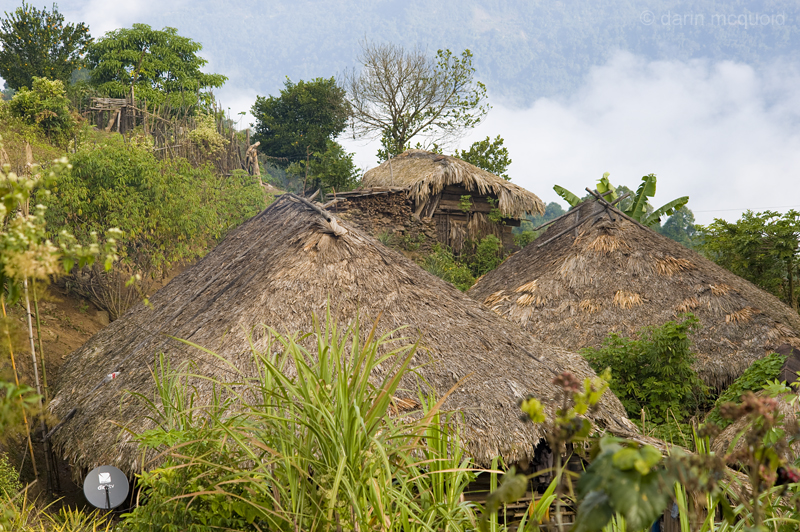 The drive is not only tediously long, but the road is very rough. Plus cheap rentals in India only have leaf springs for suspension. They ride as smooth as that technology would imply. 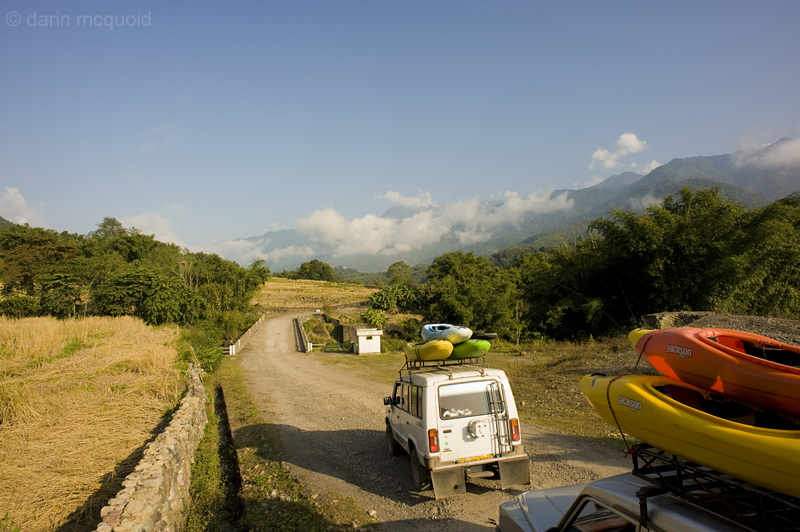 Only a few hours out of our destination we made a little pit stop. Follow the small creek a few hundred yards to park and paddle. The rapid is one nice big wave train with incredibly dynamic waves. 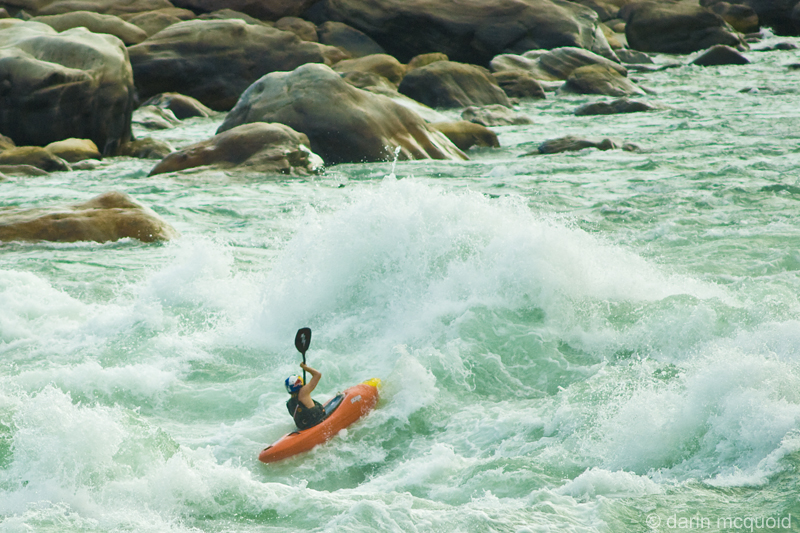 Dynamic indeed, the river will dictate the amount of beat down received as the big waves like to break. Daniel Migoya 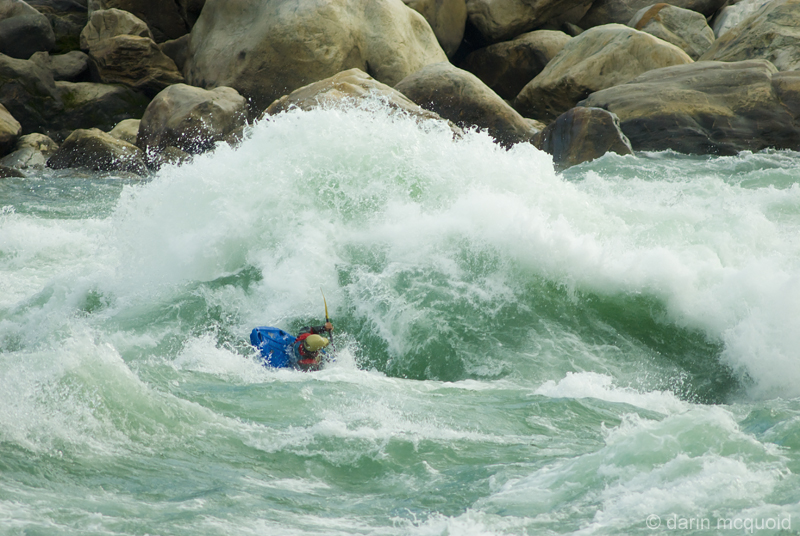 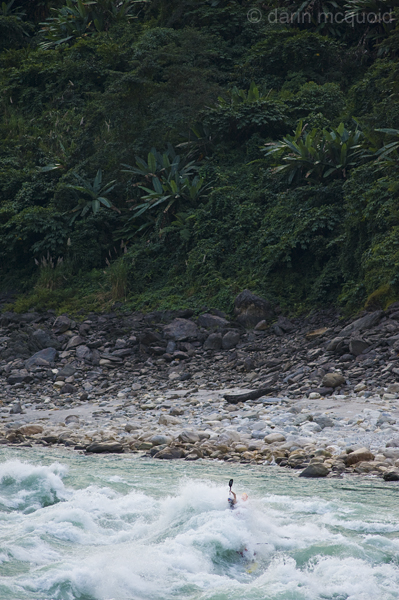 Rejuvenated by the big water, the days of driving behind us were quickly forgotten as we made one final push to reach put-in. Just a few years prior this was a foot trail but the road has been extended for border security reasons. 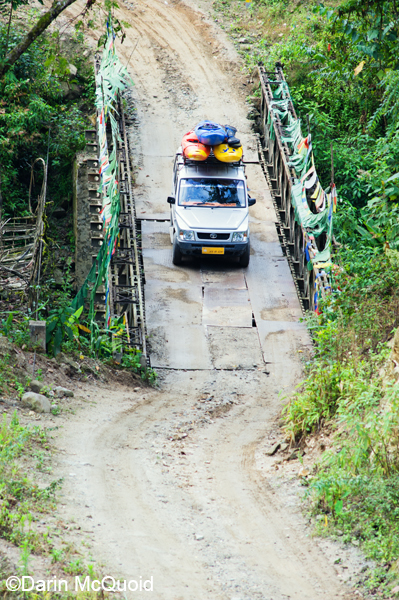 At the put-in it's possible to walk up and run a bonus rapid. Simply walking up the rapid takes nearly thirty minutes due to its length and the size of the boulders that need be scrambled. It might not be the hardest rapid by any stretch of the imagination, but the bonus rapid is simply one of the largest I've seen.


The time it takes to paddle up the eddy and ferry out can be measured in minutes. 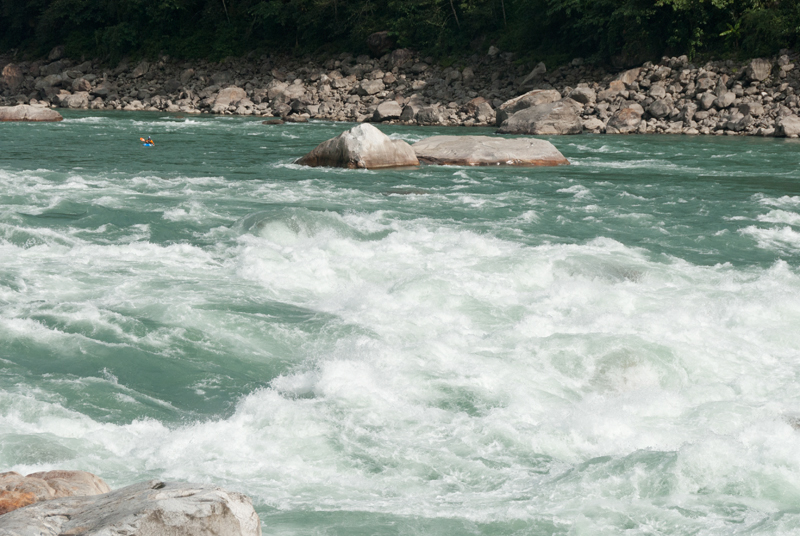 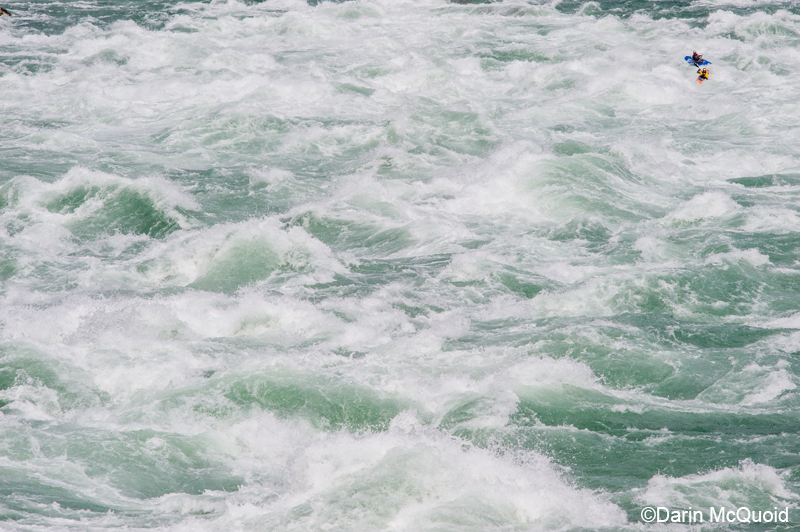 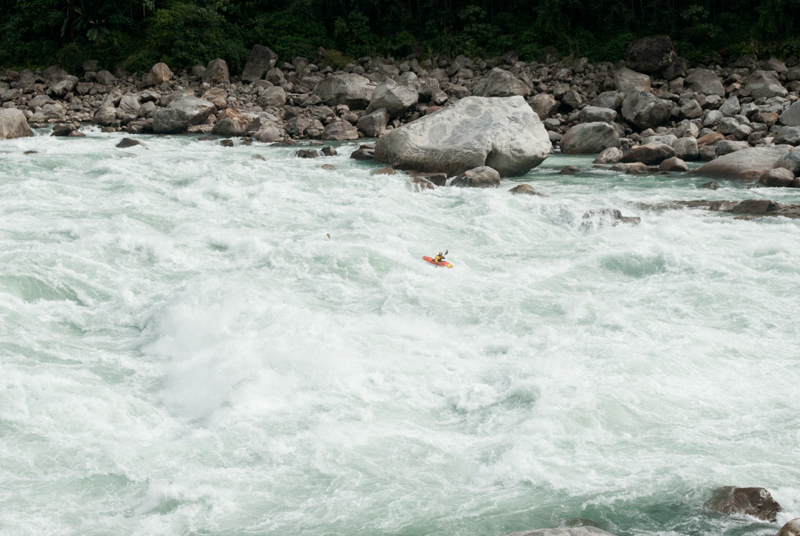 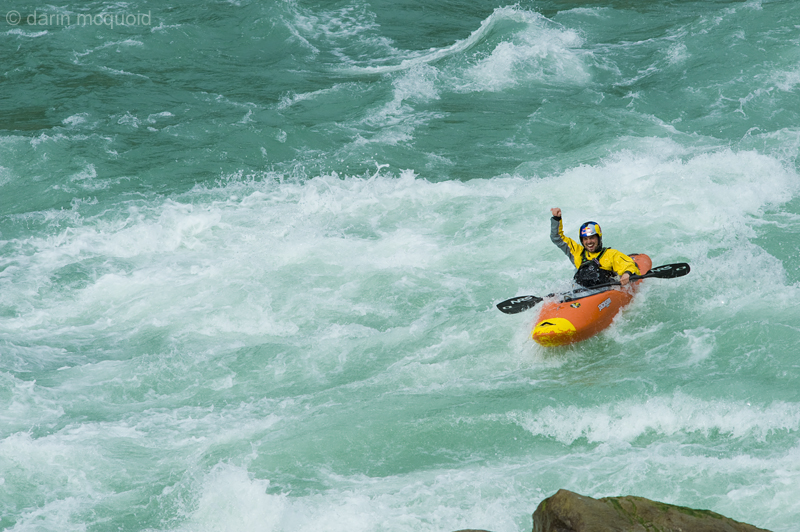 Below the "warm up" this rarely run section of river continues in wondrous style. Crystal blue water, pool drop character and many unique rapids made the Siang everything I had dreamt big water could be. To me, fun big water is not about super tough rapids with death holes like the Rondu Gorge of the Indus, but about class II and III rapids taken to a massive scale. This is really what the Siang is all about, some massive waves and the odd big hole to dodge, with the occasional tough rapid mixed in but not the norm.

The Wall is one of  of the tough ones. I remember watching it in video and wondering just how massive it must really be in person. Standing on the bank there was no doubt about the size of the rapid. Gradient starts off smooth, so the river has a unique glassy smooth character as it accelerates. 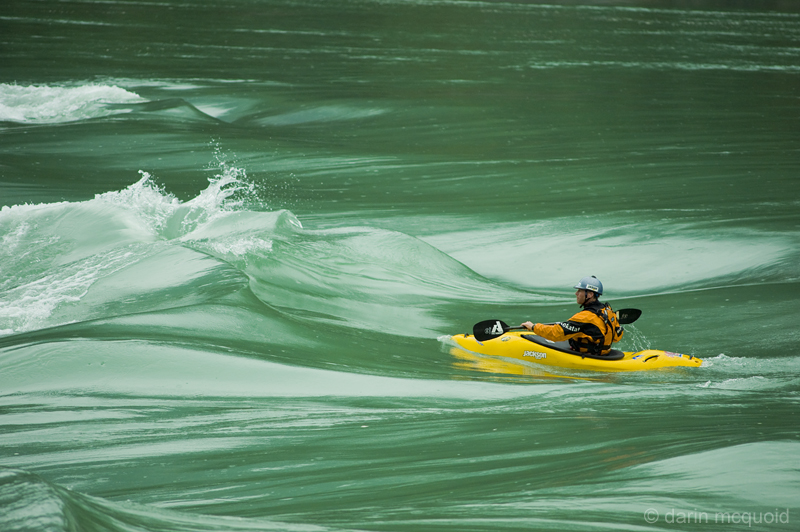 The rapid is both simple and complex. It's like a feature often seen on II-III rivers and creeks. The river flows over a riffle, with 2/3 of the water channelized to one side. That channel loses gradient a little slower than the rest of the riffle, and slams into the wall at the bottom. Just imagine multiplying the size of that by ten or more.


Jesse Coombs enters the meat of The Wall. 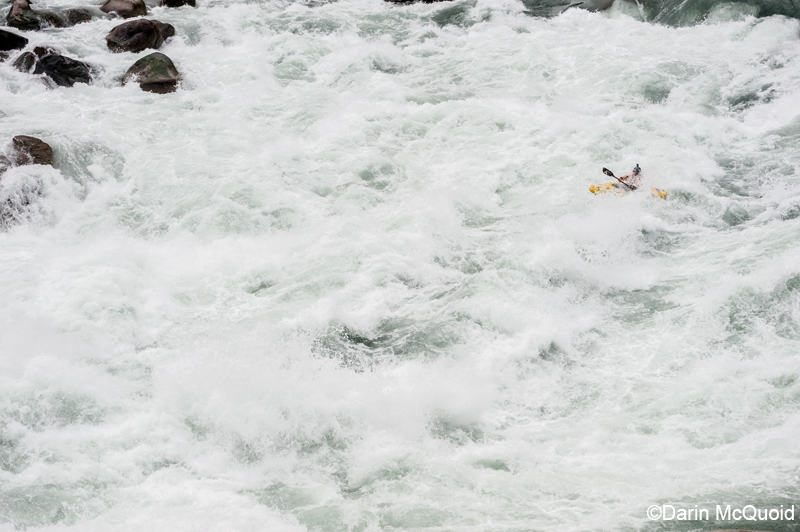 The crux of the wall is making it through an exploding wave hole with any sense of control, or recovering quickly.

Rafa Ortiz fights off the wall. 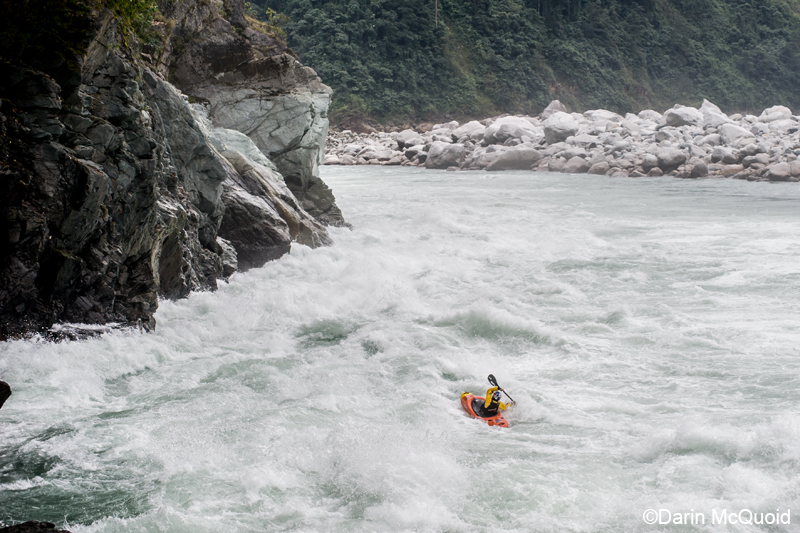 Perhaps the funniest thing about The Wall, is that even if you're lucky enough to style it, you'll probably roll when your boat gets swallowed in the eddy line at the bottom where the other 1/3 of the river meets the main flow. Thankfully there is a large pool to recover in, and get ready for the aesthetically pleasing rapid that follows.


One of a kind on a Siang, Jesse and Rafa ride the tube. 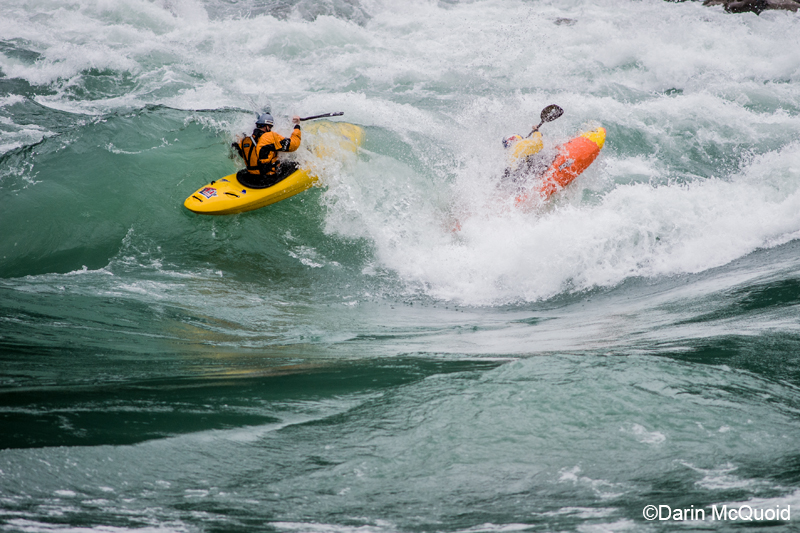 One more big one before take-out: The Fantastic Four. Arguably the world's largest class IV, after running a variety of lines we discovered it was quite a roll of the dice, and all you needed was a strong roll. A very strong roll.


Jesse Coombs starting it off right. 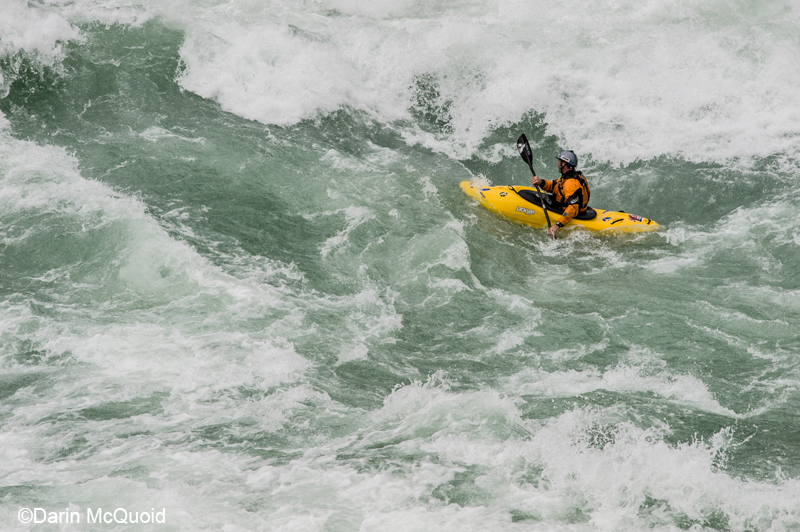 Rafa Ortiz as the hole suddenly turns into a massive green wave. 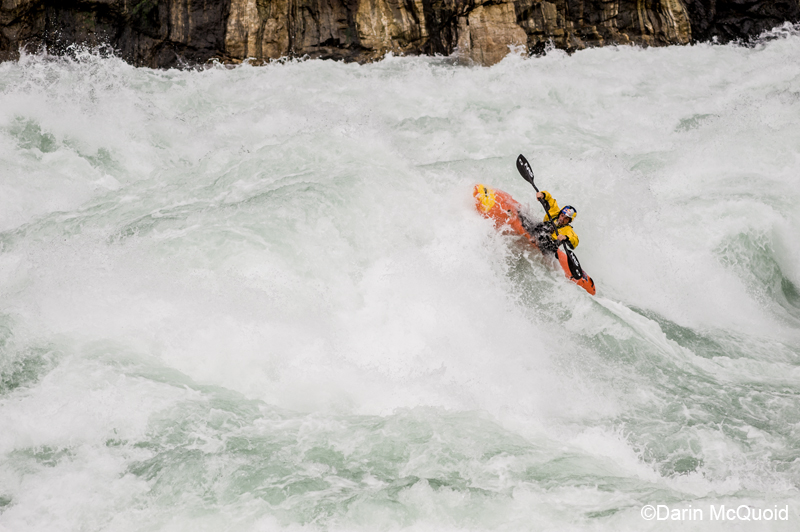 Jesse Coombs in the "run out" 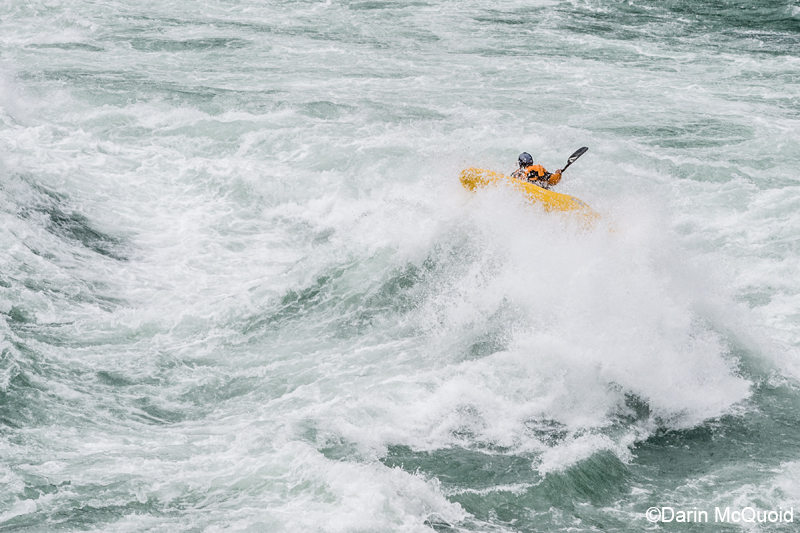 Shortly below the Fantastic Four is the first take-out option. The nearly kilometer long bridge is right in town and convenient, but also humbling. As a suspension bridge it's quite unstable, and getting passed by children carrying more weight than you is rather embarrassing but part of the experience.


So long it's actually quite tiring, Jesse Coombs finishes a magnificent day. 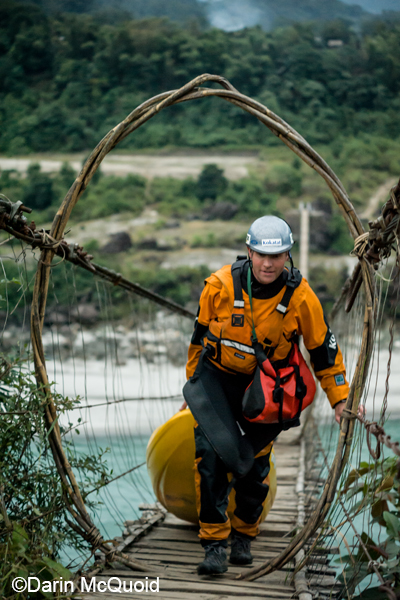 This section of the Yarlung Tsangpo aka Siang aka Brahmaputra is one of the finest big water destinations in the world. Not only is there this amazing section of river, but there are days of rafting and kayaking below.

This isn't a commercial page, but I can't say enough good things about River India, which  is a fantastic company run by Roland Stevenson. They are not only nice people, but employ local guides and play a big role in the local community. If you love rafting and trips like the Grand Canyon, I can't say enough about getting in touch with Roland to get the kind of big water multi-day rafting experience you can only have in India.

If this river at all interests you, today is the time to plan your trip. In 2010 China announced official plans to dam to Yarlung Tsangpo. While the dam is still a long ways out, it will eventually happen. They will not say if the water will continue into India or be diverted, as a diversion has the distinct possibility of  starting a war.

The rapids are so big the appear on Google Maps....

Google Maps market for Tuting, Arunachal Pradesh, India, the put-in for rafting and take-out for our run. 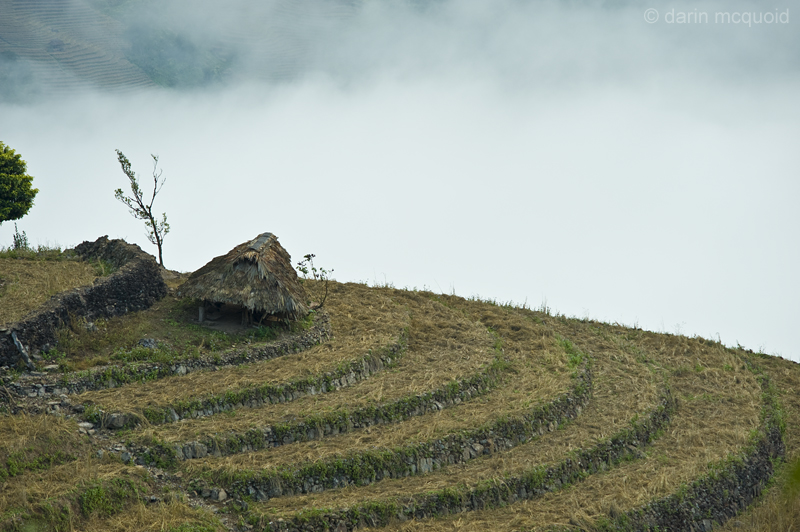