The Thompson is about three hours from Vancouver, has a park and play spot called "The Frog" and a big water class III-IV play run. We were told to expect to be alone up there during the week, but were pleasantly surprised to run into several boaters at the Frog, with more and more showing up. I geared up and gone on, its a good play spot with one major downside. It likes to surf you into the middle of the river, and you can't get the eddy from the middle of the river, so like Skookumchuck lots of walking was in order for me.  A little beta for The Frog. 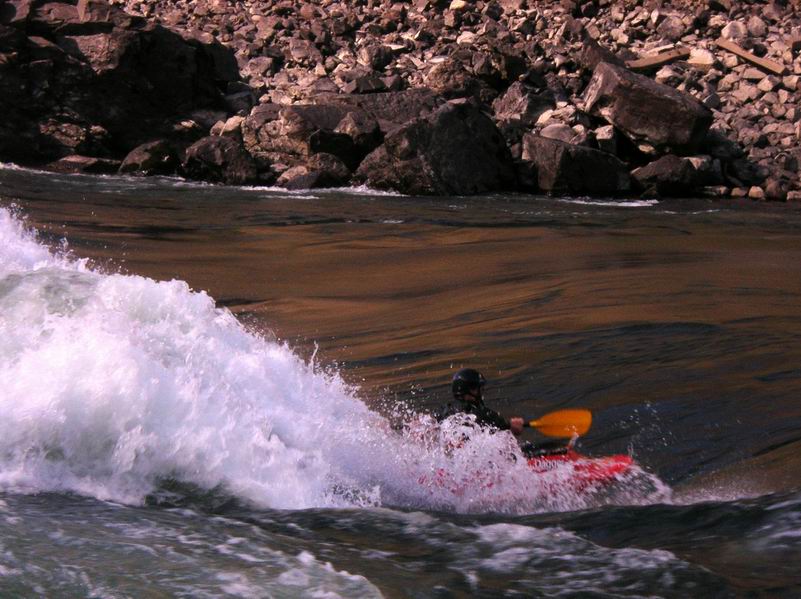 Quick video of the Frog.

After about an hour or two surf session lots of people were there and we all decided to do the run. We ended up with 8-10 people on the water and it was a blast. 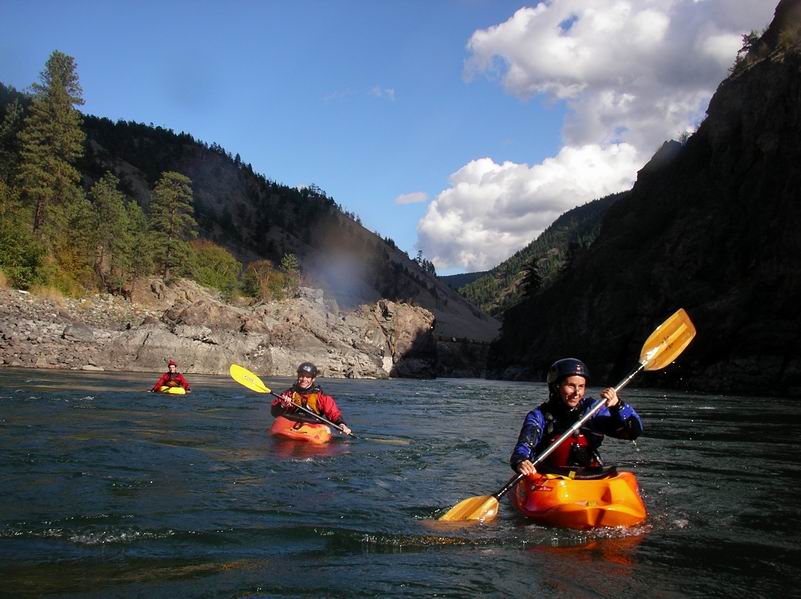 The Thompson was "low" at 14,500cfs, and was a mecca for hucking wave-wheels off all the gigantic wave trains, and entertaining to watch multiple people being trashed in big water eddy lines. Good scenery as well, 10,000' mountains with a little snow. 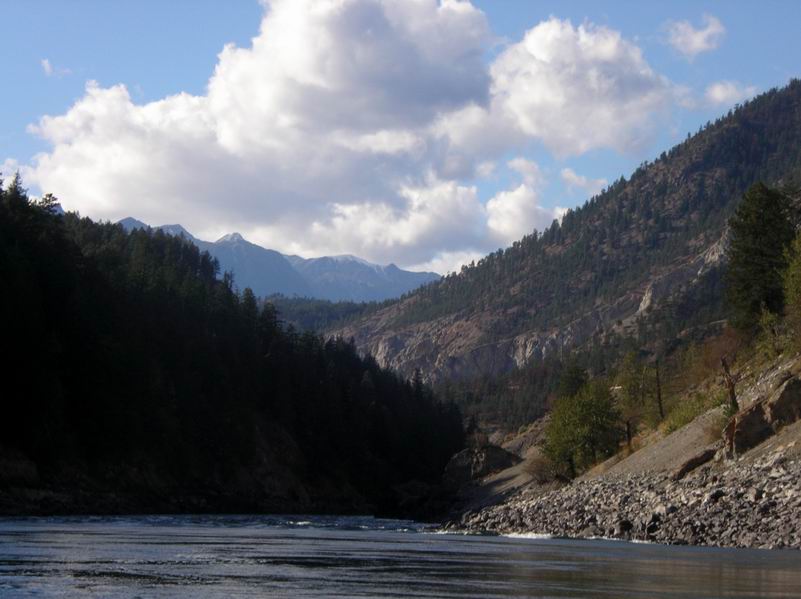 About half-way through the run we eddied out to look at a catch it on the fly wave that was a blast. Looking downstream at it. 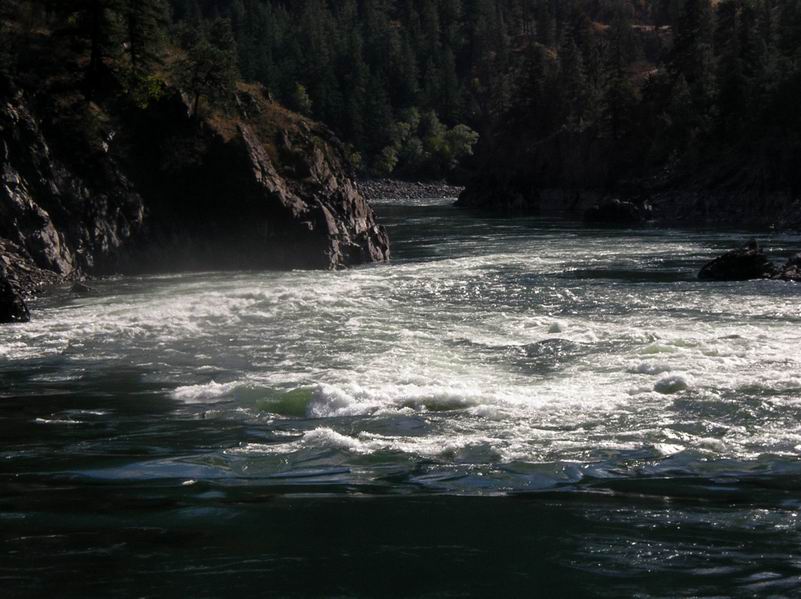 This slightly boring video is me surfing the wave, and if you look closely you can see people play in the eddy on the left of the rapid. The eddy was somewhere between fun and scary, sometimes you would move out into the current and nothing would happen, but occasionally you would move out into a whirlpool and get spun and sucked underwater...in your boat, I found these to be larger than the Skook ones, but very fun. After this rapid the run mellowed out and had a bit of a long flat but not too bad at the end. Well worth traveling to, the next day we played at the Frog and headed back for California.


Playing at the Frog. 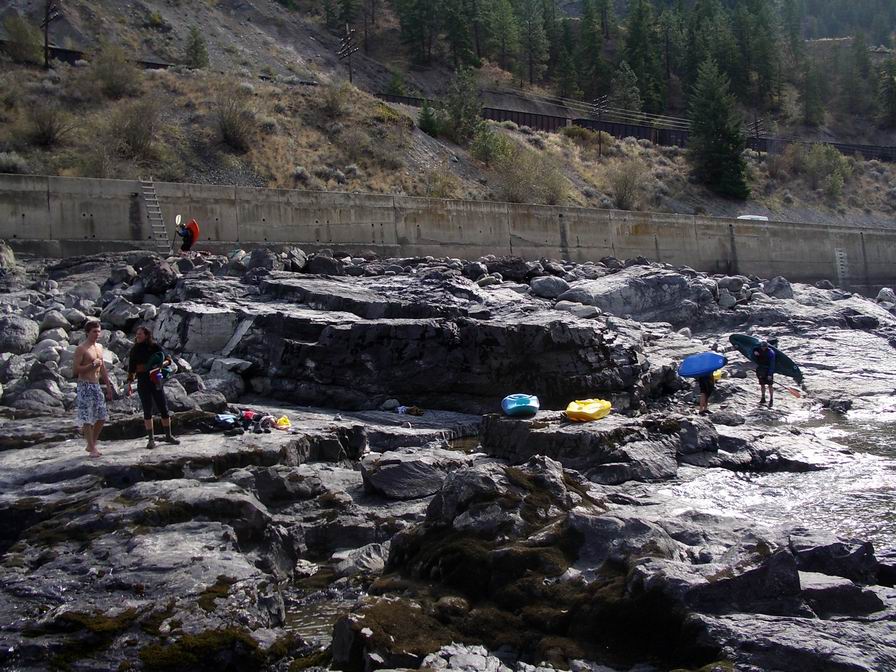 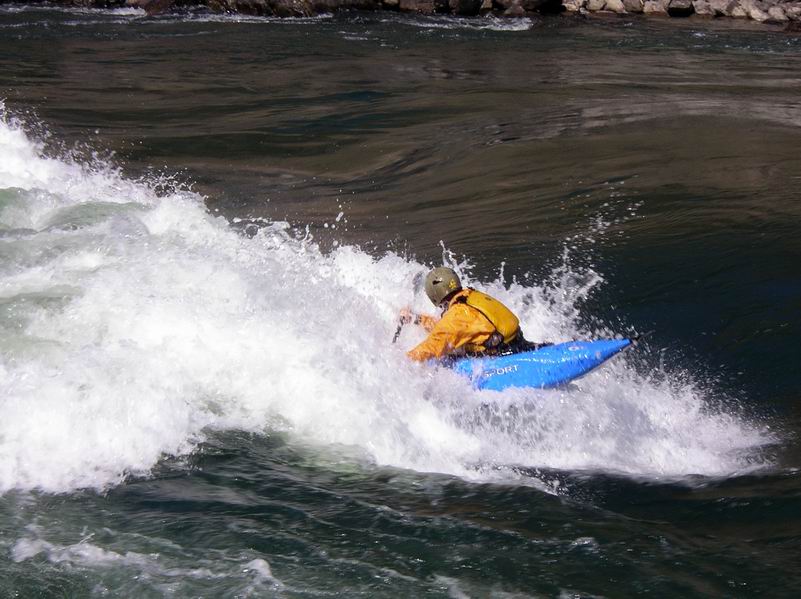 Free camping in Washington is hard to find, but questionably legal camping has great morning views.