Torrent River
V
The Cloud River is one of the larger drainages in Newfoundland. We had perfect flows and it had still not rained, so we knew we had our work cut out for us to find something with water. We also had to make it back to Deer Lake to drop off some of the crew at the airport in two days. We started the drive south with our fingers crossed, but found everything to be dismally low, and pulled into Rocky Harbor to check the weather and stay the night.


The evening was delightful and the forecast called for overnight rain. 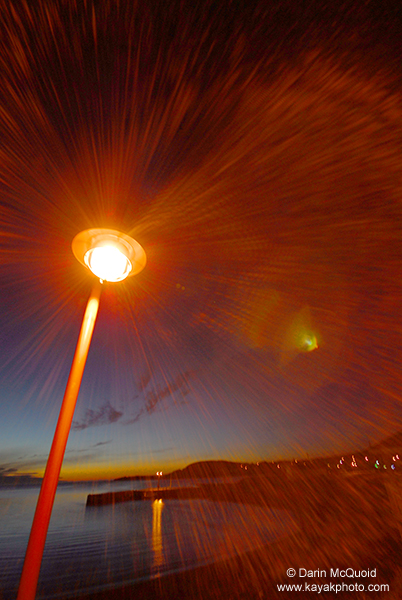 As evening turned into night it brought minimal amounts of rain but plenty of wind, at speeds high enough to blow me around in the tent. Good thing it was tied to the car. Water levels didn’t come up overnight, and after dropping off some of the boys and getting a new rental, we headed up to Labrador figuring that there would be water in at least the Bradore River.


The wonderful ferry to Labrador. 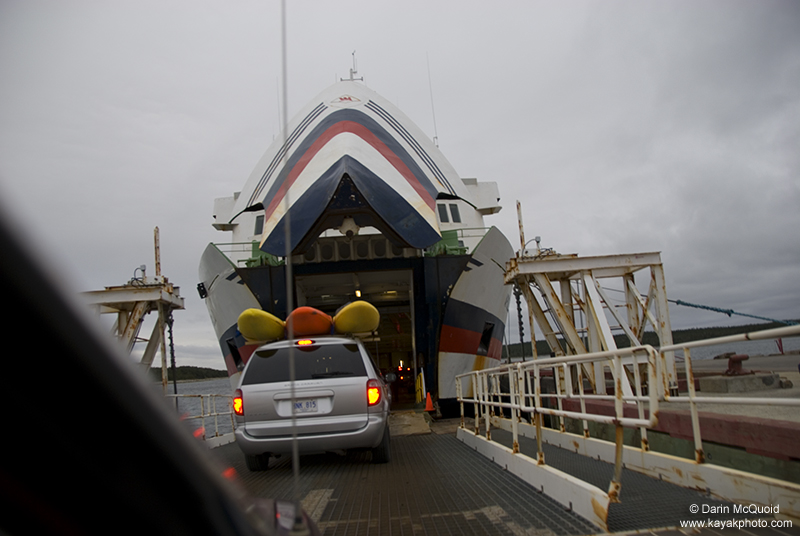 Once in Labrador we drove straight to the Bradore and camped out. Waking up to a cold morning we found that flows were way too low. 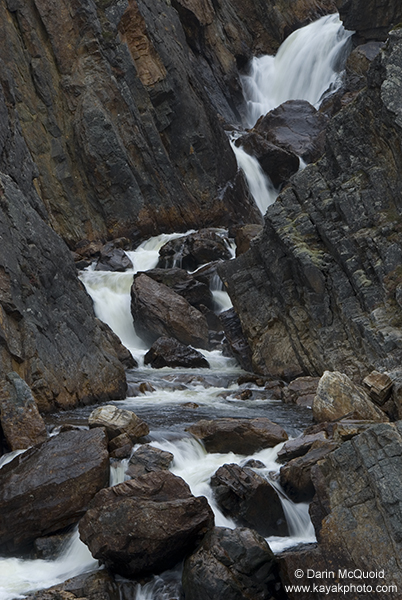 So we drove south all the way to the end of the road, literally. 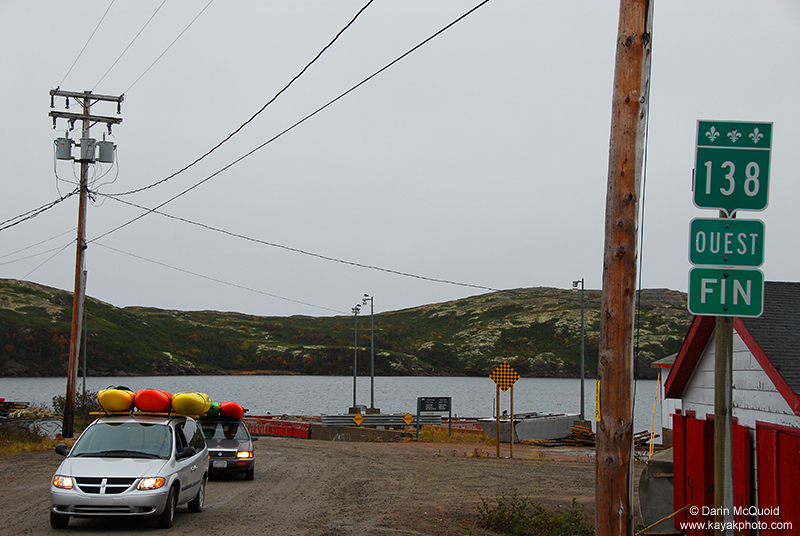 Then we drove more heading north. 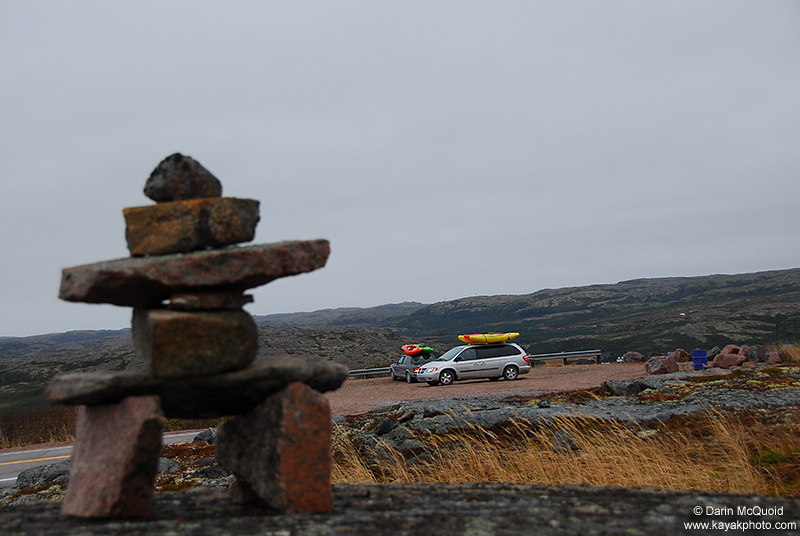 We drove all the way up to the Pinware River and found that it had a class II-III section flowing, but caught a spike from a snow machine in a tire and had to turn back south to get it fixed. 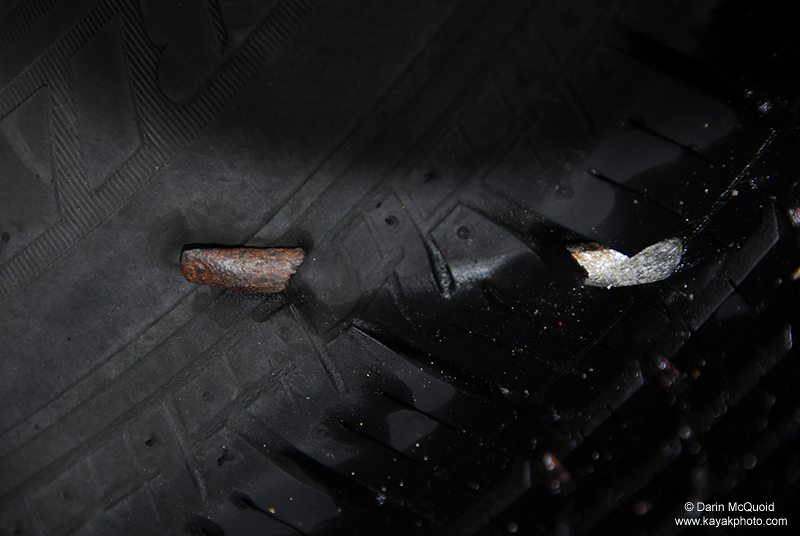 Discouraged by no water and a daytime high of one, and with a forecast for “frozen rain pellets” we got back on the ferry to Newfoundland. 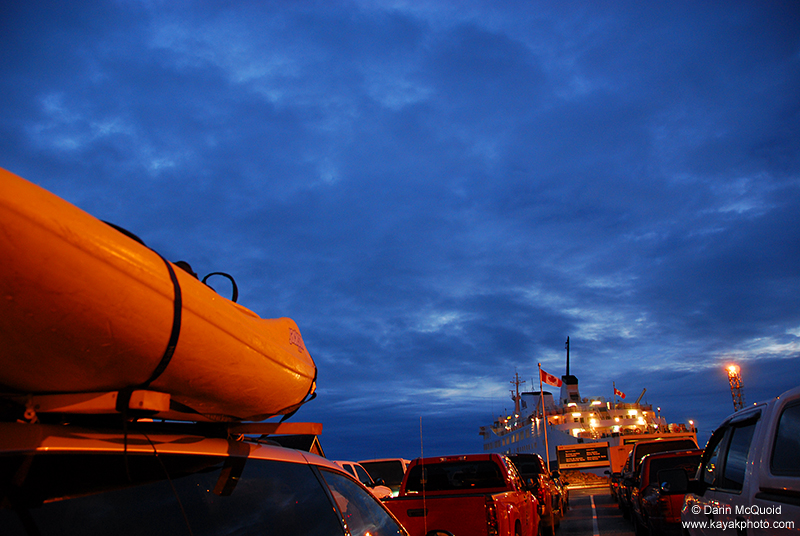 Back on the island we decide to head south, hope for good weather, and if there wasn’t any in the forecast, fly standby home. We had driven past the Torrent River three times already, but knowing Brandon Knapp and Johnny had already run it, we ignored it. Knowing they had a serious lack of water when they ran it prompted us to take a look, and it turned into a quick park and huck in the cold weather. We were psyched just to get on the water at this point, and the chunky waterfall looked pleasing.

Then we quickly packed up and headed to Corner Brook, hoping that the rain in the forecast would come through for us.