Friendly locals on the Alseseca.

With our two previous days lacking any serious paddling, we had high hopes of being able to scout and run the gorge we were denied at on Day Six. After two days of minimal downstream progress, we were starting to get a little short on time and still had four or five kilometers to complete in three days.
We headed to the take-out bridge with hopes of finding or cutting a trail upstream to scout the gorge. Only Israel, Thayer and Lucas had seen the take-out bridge the day before, and the rest of us were impressed by how small the bridge was. This bridge is about eighty feet over the gorge, which is obviously very narrow and walled in.


Eric Jackson, Nick Troutman and Heather Herbeck on the bridge over the Middle Alseseca. 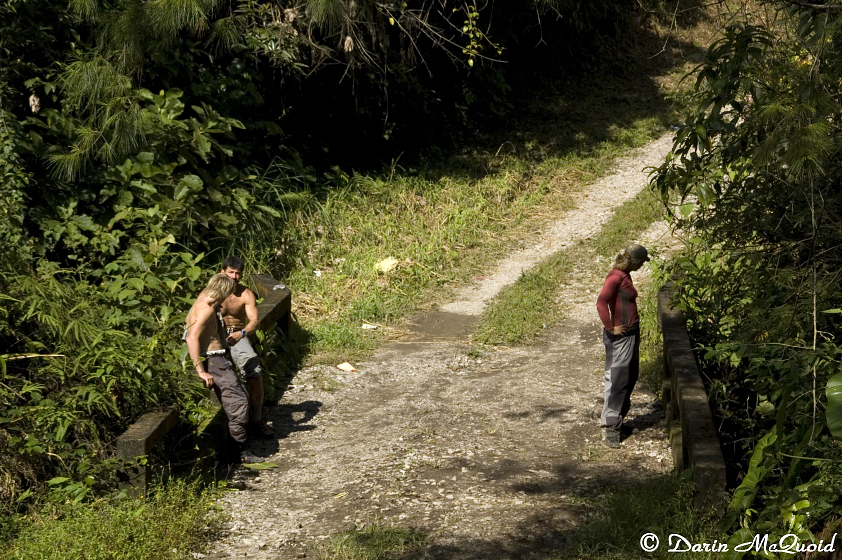 The local ants were busy on one side of the bridge, the spot not to sit. 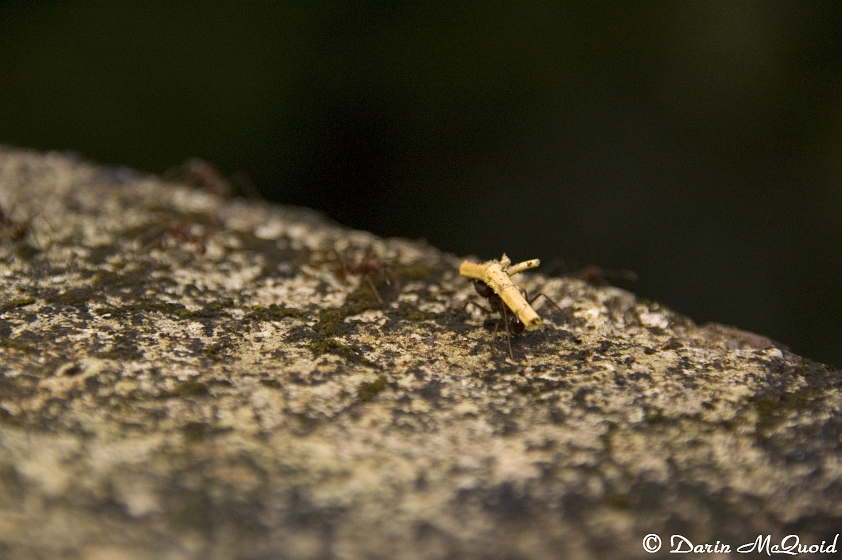 After a little bit of recon work we found a small slightly overgrown trail near the bridge, and most of the group scouted up the gorge. I figured we didn’t need an eight person scouting, so Israel and I caught up on our sleep for a while. The scout group was able to scout ninety percent of the gorge, but couldn’t get a view on one rapid at the very top. They did a see a twenty some foot waterfall and a decent sized slide in the gorge, so we headed up to the small town to hike back in to our boats.
On the water it was nice to make quick time rerunning rapids back to the entrance of the gorge, where we pushed on into the inescapable gorge. Just around the first corner in the gorge we found the rapid that couldn’t be seen from above. It was a smallish rapid with a possibly sticky hole, EJ probed it well and had no problems. I opted to go second, managed to piton the left wall on my entrance and lost all my speed, but thankfully went right through the hole, showing it wasn’t sticky.

Some fun class III went around the next corner, where Ben got out to scout the twenty footer as much as possible from above. We then proceeded taking turns off the clean waterfall, when my turn was up I peeled out into the current without much speed and felt a little funky entering the swirly water above the falls. Approaching the lip of the falls there wasn’t much I knew about it, nor needed to as it rolled off nicely into a big boil so I plugged away. Resurfacing I was dismayed to find my skirt halfway off, and myself upside down on the right wall. Several poor roll attempts later and I swam, embarrassing, I was lifting my head, but thankfully there was a spot for me to get out and drain my boat while the rest of the team went off the falls, so no pictures.
Next up was the slide that the group scouted. Somehow I got it stuck in my head that it was a nice low angle slide. The move was starting left driving right, I like slides so I opted to probe. At the lip I was surprised at how steep it was, there was nothing low angle about this slide! The bottom had a large soft hole that took all of us deep, and required a roll in a big eddy line that caused no problems. Rolling up I was amazed at the gorge I was in, the walls didn’t touch, but they did overlap.


The slide into the gorge, looks like a tunnel here but the walls don’t touch, they just overlap at different heights. 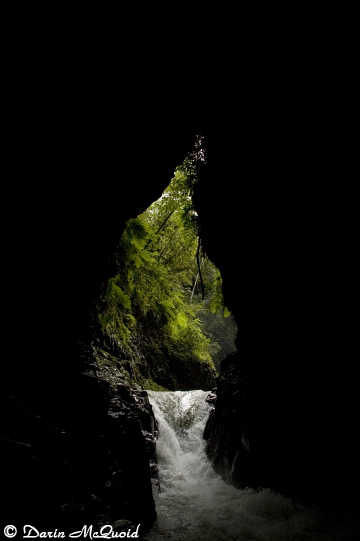 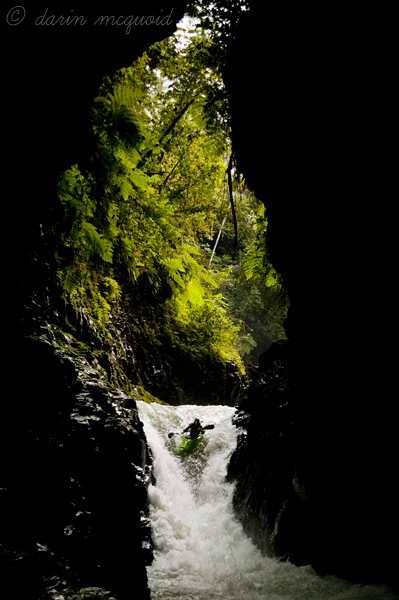 The lighting issues with a shot like this are pretty complex, but it sure gives it a neat look. Nick Troutman about to slide in. 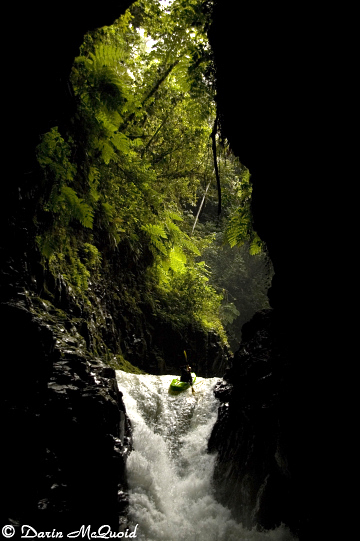 The gorge was flat water but no wider than six feet in a few spots, but opened up a few hundred yards after the bridge and we were able to hike up to the cars, with another section finished and one more to go.