As the rest of the group arrived it appeared that to our horror we were under the Newfoundland expedition curse. In the ‘90s, Brandon Knapp and Johnny Kern made a spring journey to Newfoundland and got skunked by low flows their whole trip. After a five dry days it seemed that we were under the same curse, and started following their footsteps for guaranteed flows. Looking through Brandon’s website I had seen a picture labeled “Johnny Humber” and with this clue plugged into our local contact we got directions for the falls just out of our current location in Deer Lake.


The new arrivals finish loading the rental and are ready to get it. 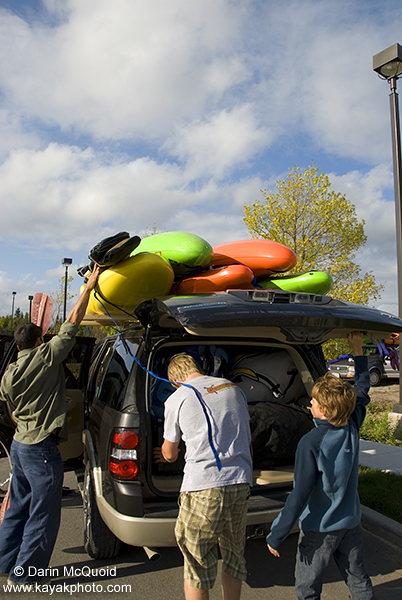 Fired up with the arrival of more paddlers, we spent a few hours of driving, backtracking, four wheeling and dealing with general logistical problems. We couldn’t find the falls we were looking for, but made it to “Big Falls” a six foot ledge on the Humber River. Optimism was still high, and after we weighed options we were off to “Star Pond” where a high gradient brook had our hopes set high. With over fifty kilometers of dirt roads and over four hours of driving behind us, we found our brook. The gradient was there, but where was the water? Newfoundland isn’t shy of using hydro projects to supply electricity to the island, and we were on the road again.

Dry weather prevailed another night as we camped out, and headed for Black Brook. Upon arrival we found access to be good, a nice bridge to lake run, and flows were low but in the upper section the river looked to hold its (lack of) water well. Stoked to be on the water we had to scrape over a few rocky spots before the river turned to bedrock, where it dropped over a nice series of ledges and slides that would be beautiful at high water. I’d imagine at high flows sticky holes would rear up all over in this section. 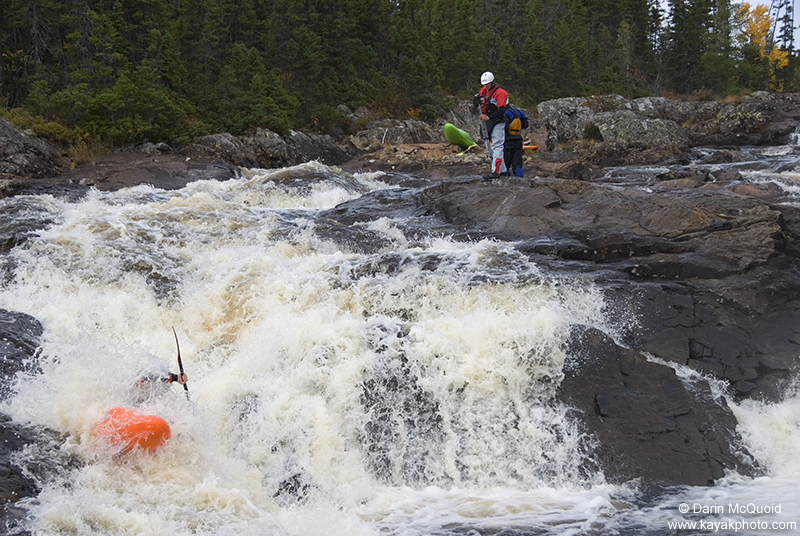 Making quick time down the low volume slides we were at a halfway bridge only too soon, and debated taking out there, or continuing down through the rocky sections to a waterfall that was marked on the map. Opting to push on down stream, the next several kilometers were torture at our low flows, full gorilla boating over the wide stream bed filled with rocks.

Numbed by all the scraping and bashing after only too long we saw a large horizon line and got out to scout. The river split into two channels and dropped through either a sluice box, ledge, ledge rapid, or a bouldery lead-in to a nice, somewhat clean slide. It looked like it would be easy enough to run the right side sluice, ferry across and hike back up for the left slide.


Nick Troutman has a nice clean line down through the sluice into the first boof. 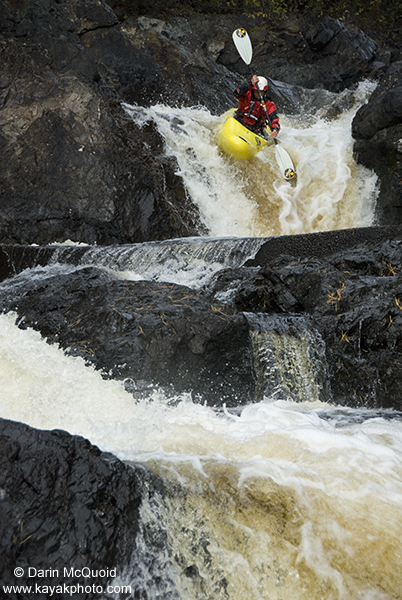 Nick again with an equally nice line for the final boof. 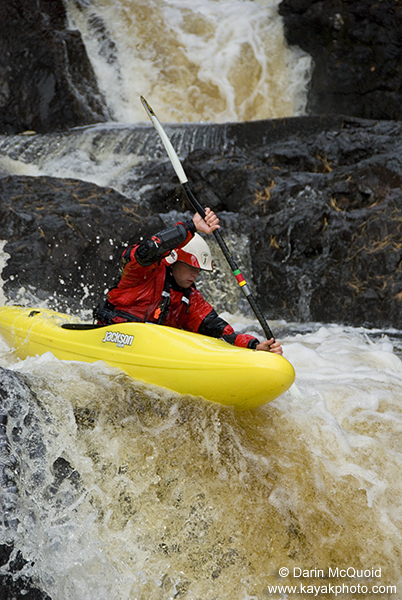 The whole group fired off the right slide, with some entertaining results, four pitons and a few missed boofs, but no carnage of consequence. Switching over to the right side of the island we found the clean slide to have a questionable depth lead-in boof. After some inspection Ben fired it off first and with a boof, it was plenty deep.


Dane Jackson straightens it out for the slide. 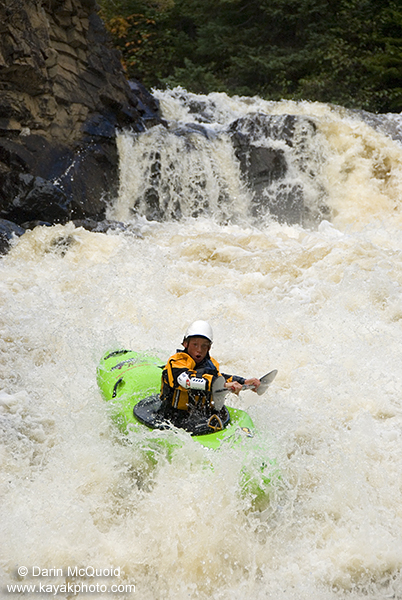 Eric Jackson throwing some style out on the slide. 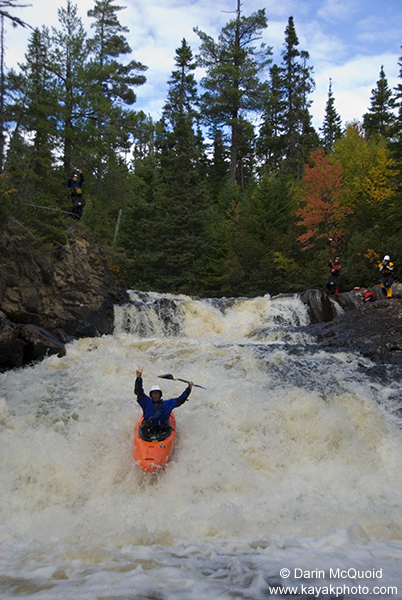 The rest of our lines went without anything remarkable happening, and we resumed another two kilometers of low water boulder torture down to a small lake. Paddling across didn’t take long, and soon enough a few of the boys ran the shuttle while we dried out by a fire and looked forward to our next mission.

With low flows, Black Brook was too low in between the bedrock sections and in general IV-IV+ character, but at higher flows this would be a rocking IV-V run that we would love to get back on, and has every right of becoming a local classic.