Despite our "epic party night" in Molina we wake early and hop back on Interstate 5, heading south to the well known Pucon region where we'll hopefully find more water It's 600km and ten odd hours, so we dedicate the whole day to driving, arriving in Pucon without enough daylight to paddle anything.
Keeping it classy, we make breakfast at a gas station. 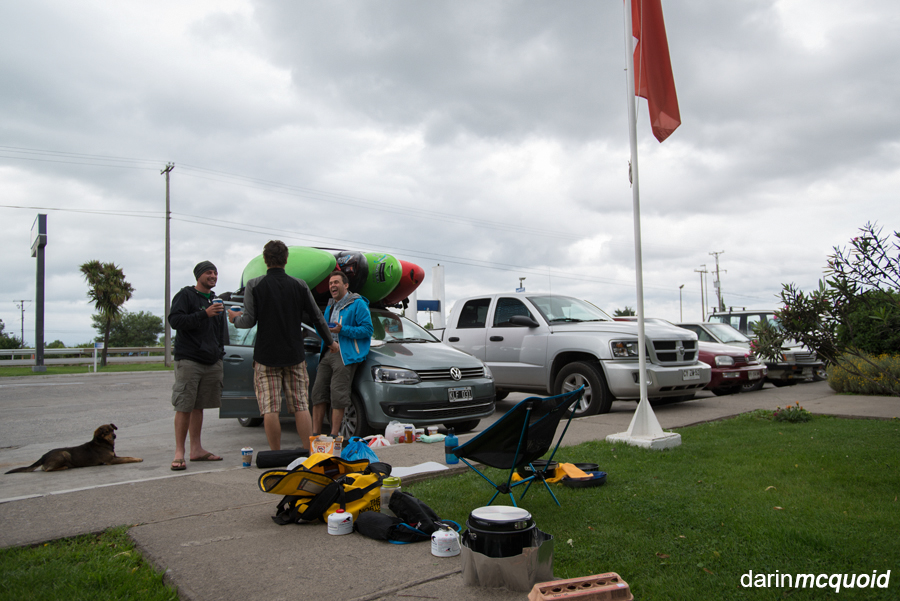 A hostel in town suits our needs and we relax for the evening. Early the next morning our good friend Yoshihiro Takahashi comes in on a bus. Although he is quite jet-lagged we coerce him into joining us for a run on the well known Rio Palguin.


Yoshi seal launches into the Palguin. 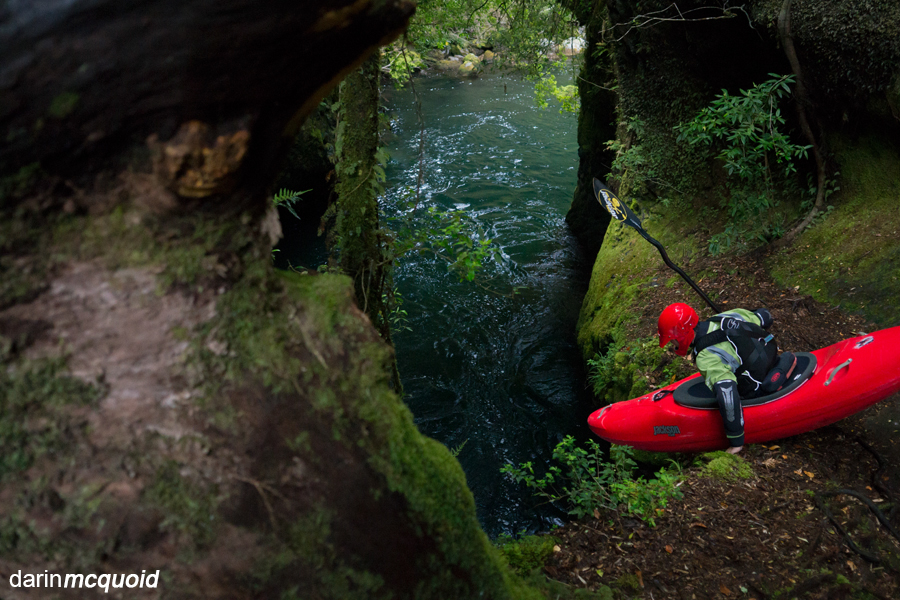 Put in is an incredible land bridge. Really the photos don't explain how cool it is. Fabian Bonanno seal launches. 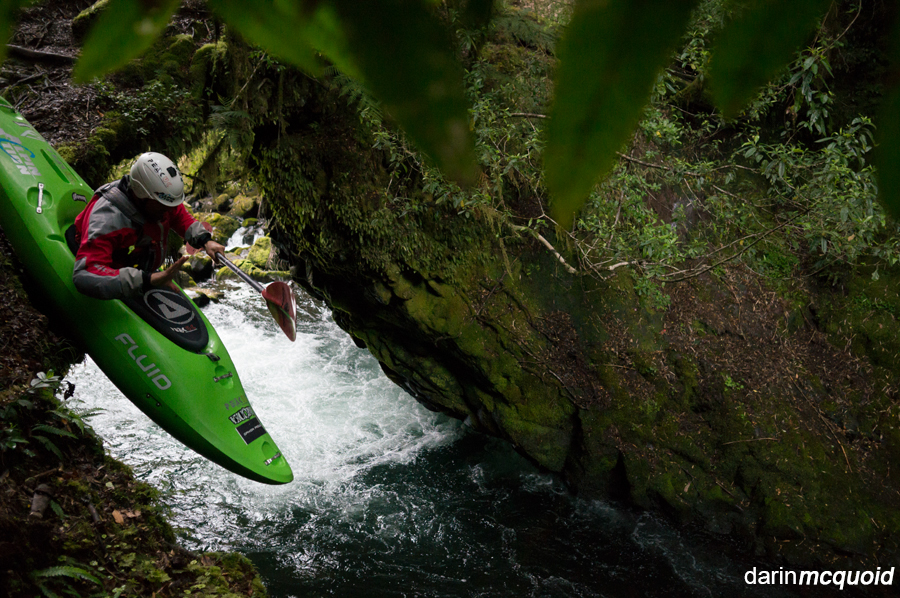 None of us known the run, but with a few quick scouts we make quick progress, running a few unusual lines here and there. Yoshi on an early falls. 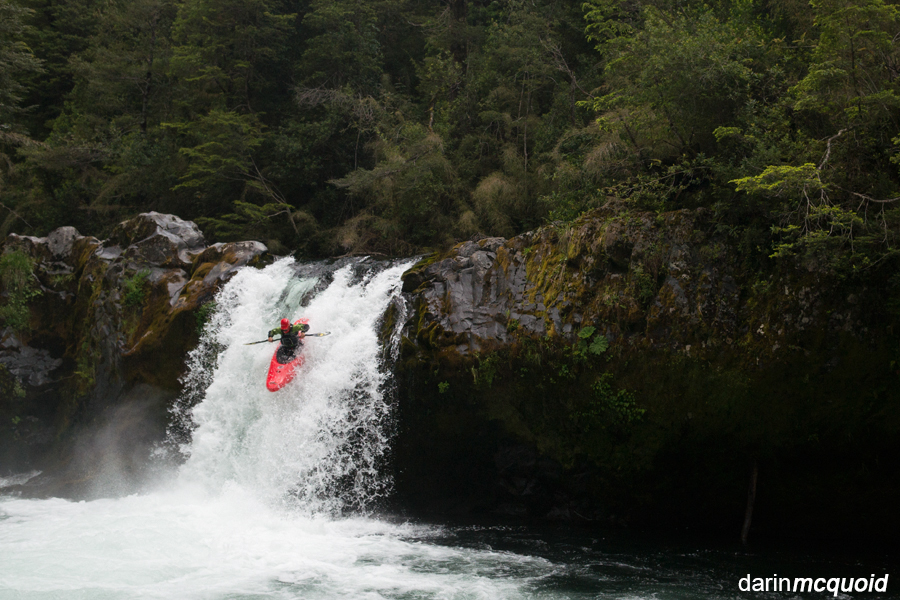 We find out after that run that people normally run the other channels than a few we are running. Flows are quite low and we are making up things as they go. 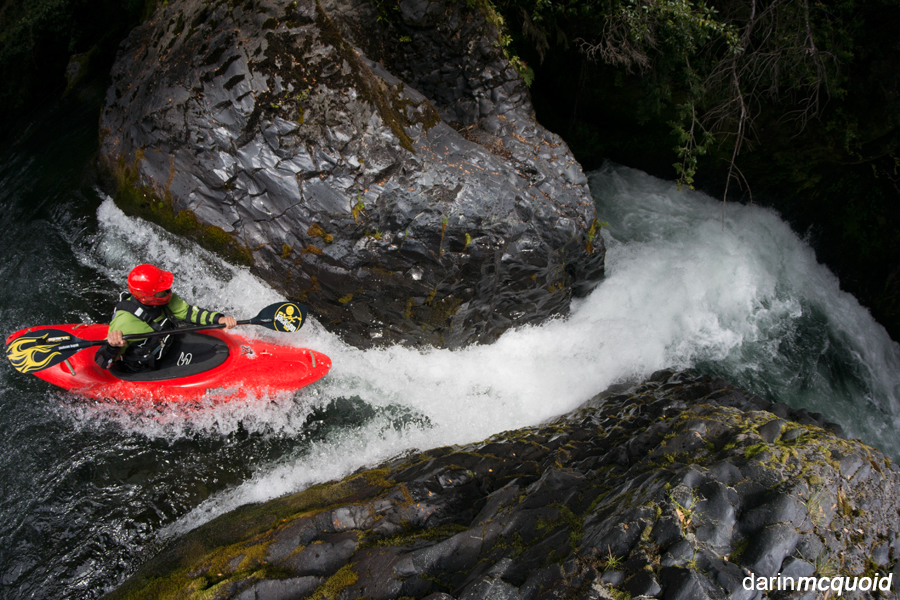 Quite soon and we are making our first group scout. I'd seen a good bit of "the portage" in videos and assume that people are running it all the time. No need to scout then! I hope back in my boat and have a classic line through "the portage" flipping after the first drop and running the bottom upside down. The rest of the team follows and all goes well for everyone, despite all of us being upside down. 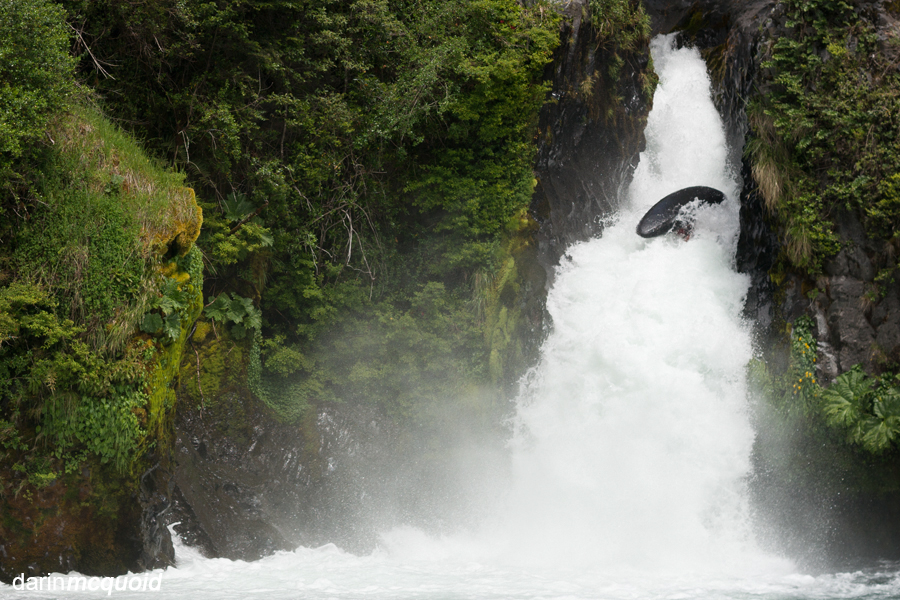 Yoshihiro Takahashi follows through what may go better with more water. 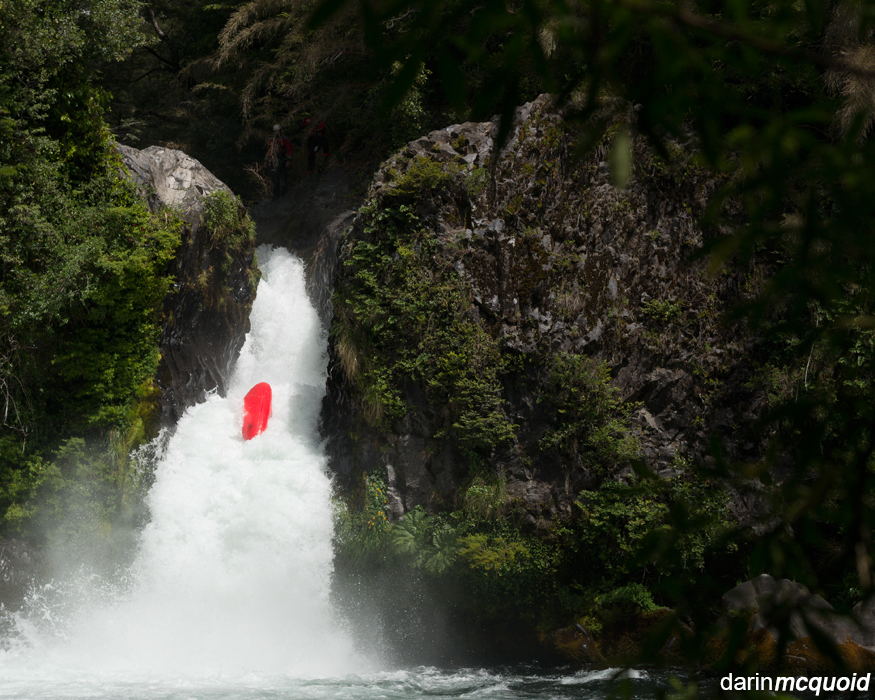 Igor Mlekuž launches one of the best - boof to swim. 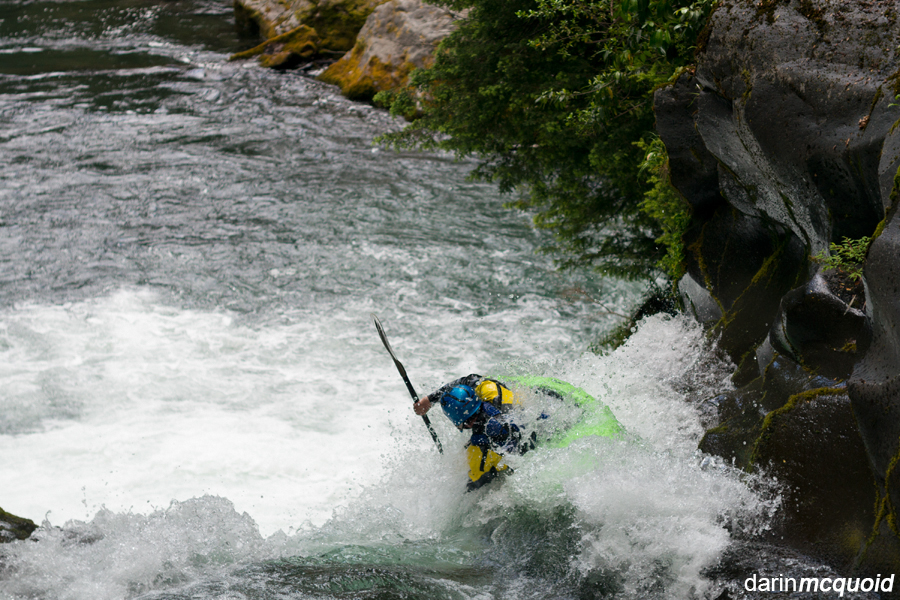 Due to low water levels, boof to swim is just boof and very fun. Yoshi Takahashi. 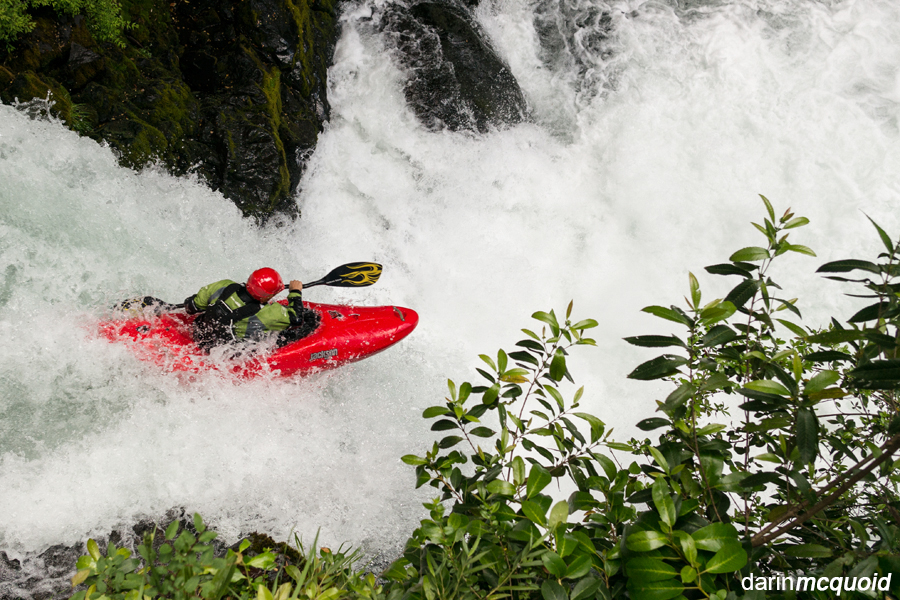 Middle Palguin is probably the worlds most run large waterfall. Or perhaps that honor goes to Metlako on Eagle Creek in Oregon? Regardless, Middle Palguin is shorter but considerably more complicated than Metlako. It also looks gigantic while we scout it, because we're another twenty feet above the lip. None on our team seem particularly fond of seal launching. The lower water probably makes the "stout ten" entrance falls easier too, and we all run it. Age is not everything, but whether we like it or not our bodies are not as resilient as we get older, and we inherently make more conservative decisions.The highlight of the day is watching Rok Sribar (48) have a great run down Middle Palguin. 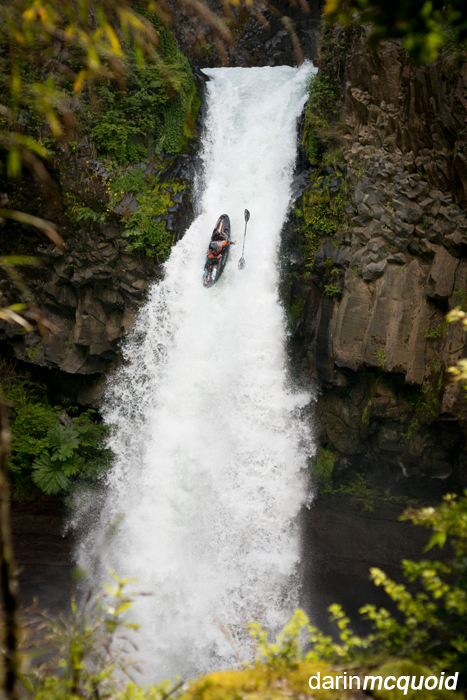 Rok Sribar lines up the lip. 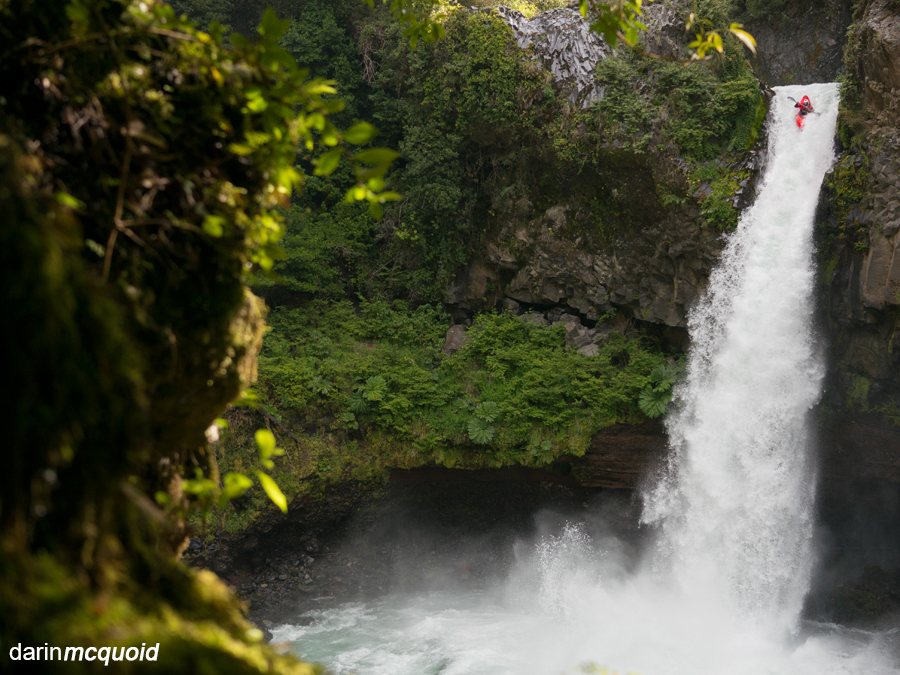 Clay Wright told us to do the whole run and his beta is spot on. It's not particularly long and the rest of the run goes well with us making a portage here or there for some nasty crack drops. Only too soon it's all over and we head back to Pucon to lay some plans for the next several days.


What's up next? (coming soon)