Crapo Creek IV-V
Prior to my run on Crapo Creek I had read and been motivated by a run description several years ago on the now defunct CaliProduct page.

One saying I had previously heard about the run was that it was “Crape-o” (correct pronunciation) on the way in and “Crap-o” when you were done. Their write-up sums up the run pretty well, it’s really standard for the area, good drops interspersed with healthy amounts of mank and wood. We ended up having a longer hike in due to the road being in poor condition, perhaps a downhill mile on an old road, before scrambling downhill through several hundred yards through thick underbrush interlaced with poison oak. About when we all had our fill of the scramble we were at Crapo and flows were higher than any of the Caliproduct veterans had seen on the creek. We were all down for the Salmon Days fest and had a large crew with Charlie Center, Ben Wartburg (hurt shoulder no less), Scott Ligare, Dan “Newschool” Menten, Paul “Knoxville” Gamache, Jim Busse and myself. Seven, a large crew for a small creek like this but it worked out well. The high flows covered a lot of mank and we made good time down to the first drop, although Paul managed to break his paddle in the first quarter mile. 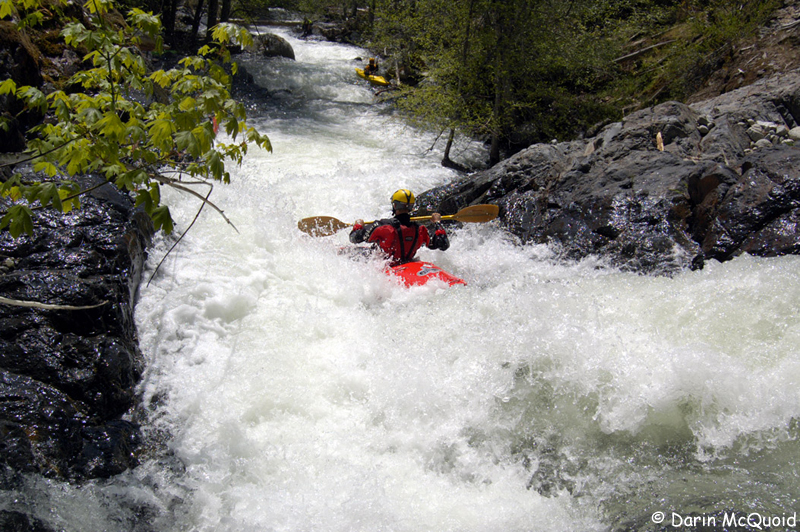 Dan Menten on the same drop. 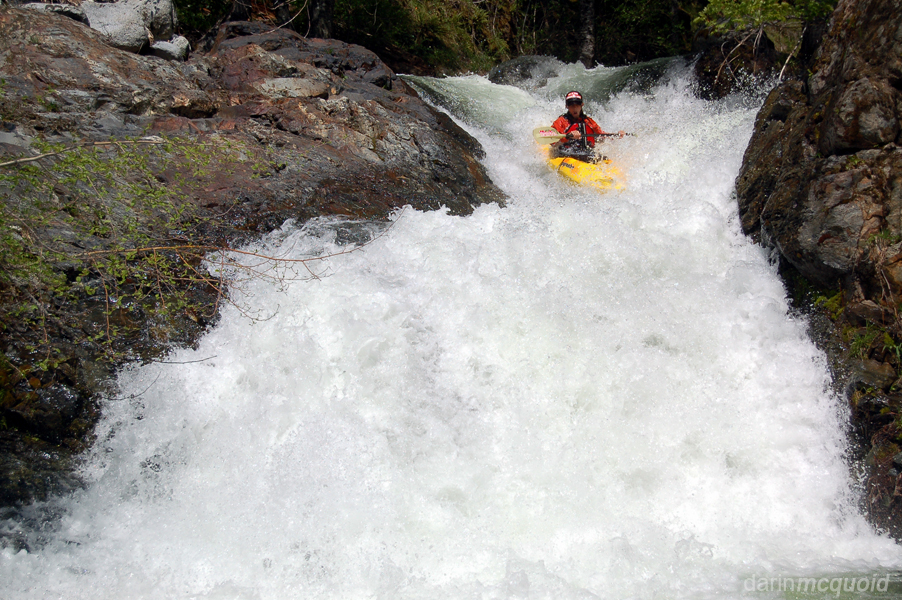 After a bit more boogie water, mank and a portage or two we were at the largest runnable drop of the run. 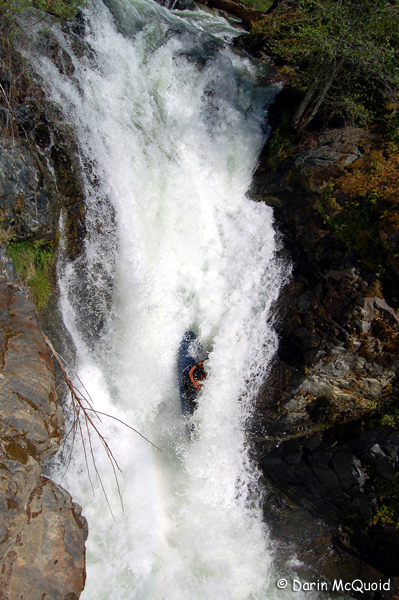 Scott Ligare on the same drop from a different angle. 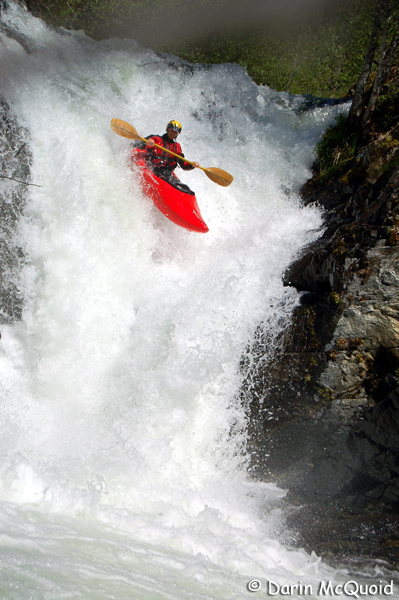 After this was an annoying portage back up the steep right bank due to a logjam on the next rapid downstream. After putting back in we were able to cover quite a distance with a few portages before the drop, which Ben scouted for wood and sent us off. 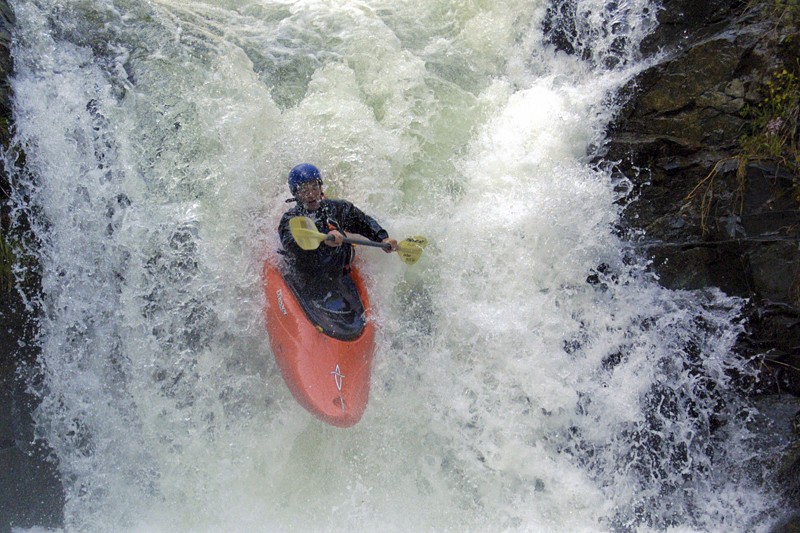 Dan, freewheeling it without scouting. 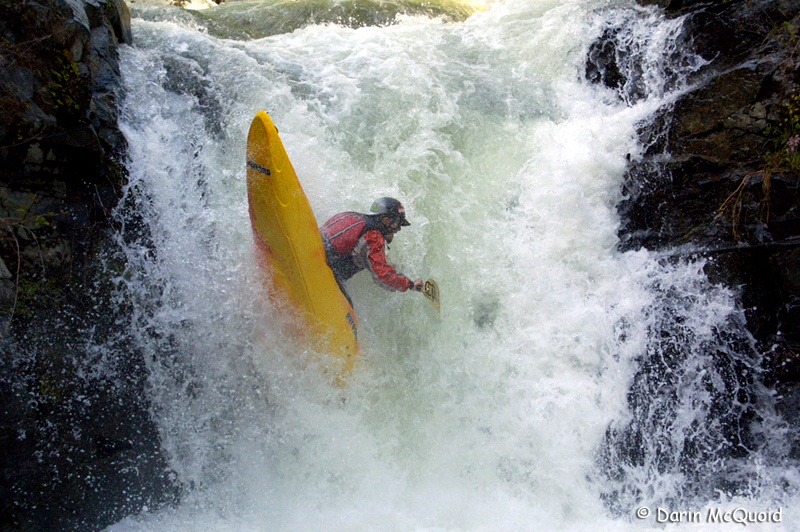 Everyone is having fun on Crapo. 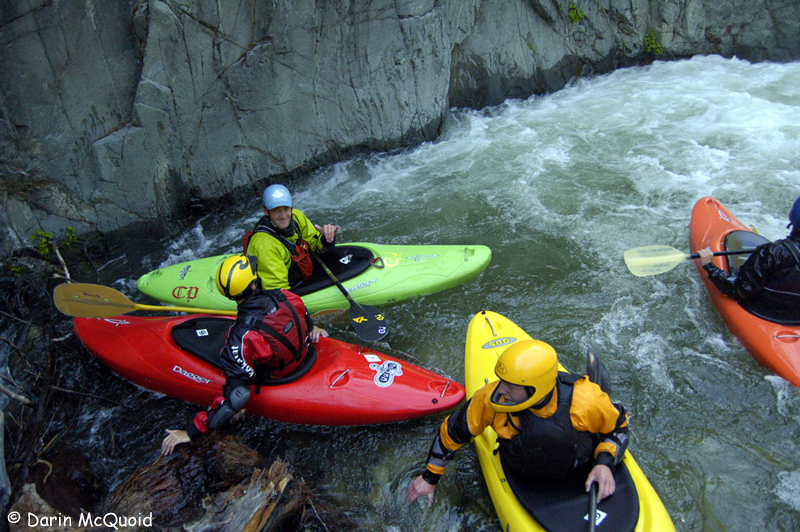 After this we only had one more quality rapid in store for us, a ramp into a fairly large hole, followed by a low angle slide and a 7’ drop that looked a bit sticky.


Charlie Center on the slide. 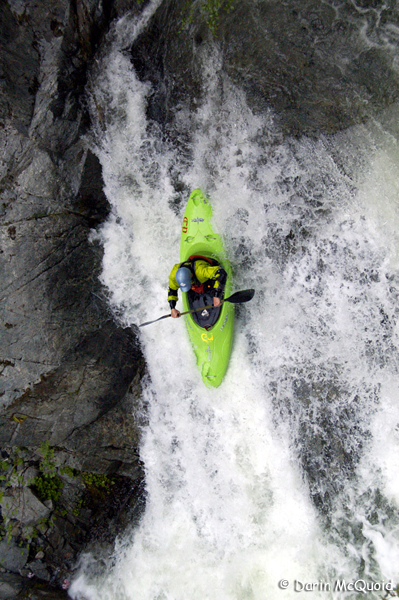 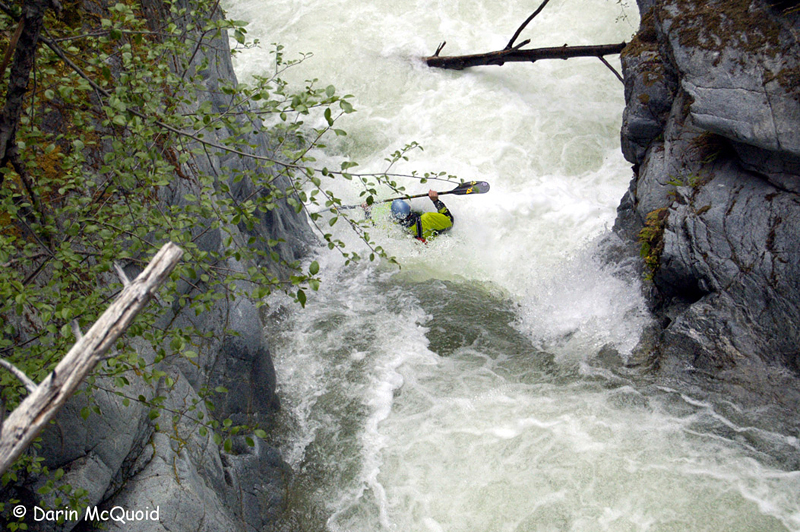 Paul and I both managed to miss the boof, I think I had a bit more momentum and plugged through while Paul had an entertaining surf and eventually worked his way out. After that it was all boogie water, mank, a portage down an old dam, and a portage around what used to be another clean waterfall that was choked with wood. This run is fun, and all agreed is a run you do once a year, forget about the wood and mank the next year and run it again. We had flows of 6.5 on the Salmon gauge, and thought flows were perfect.