Main Stem of the American River 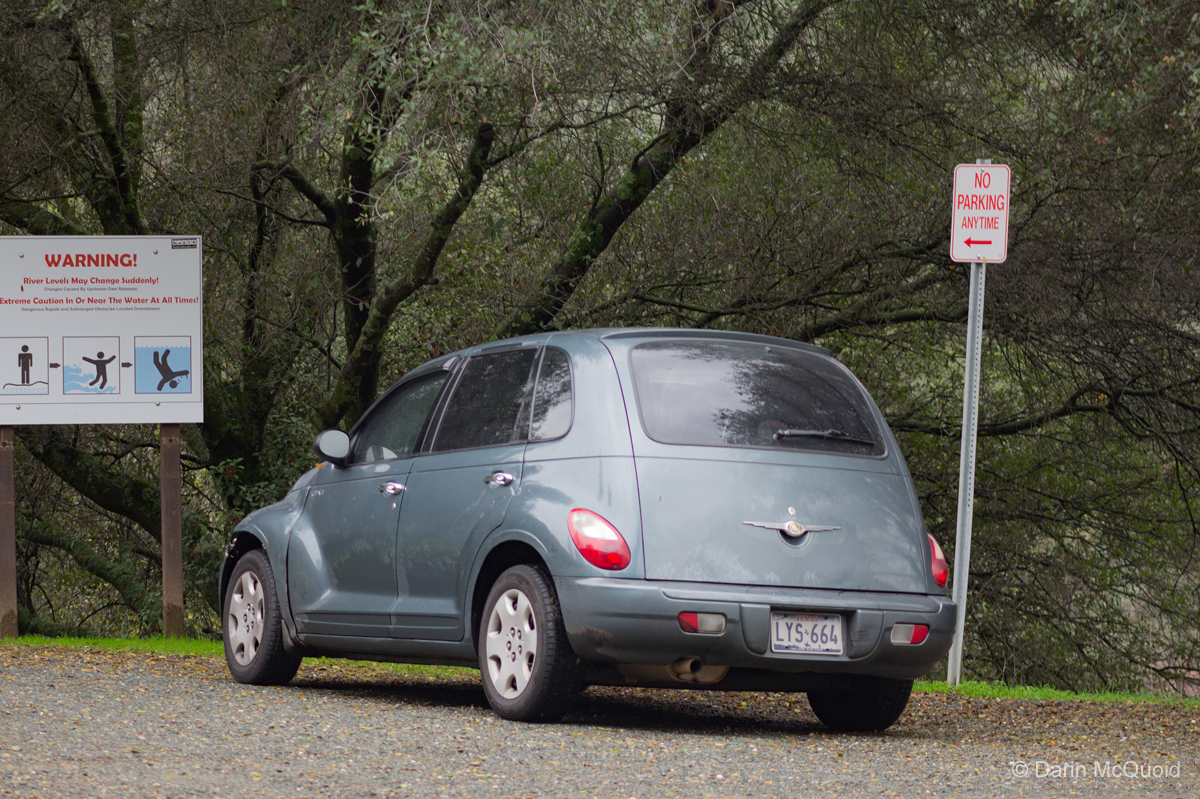 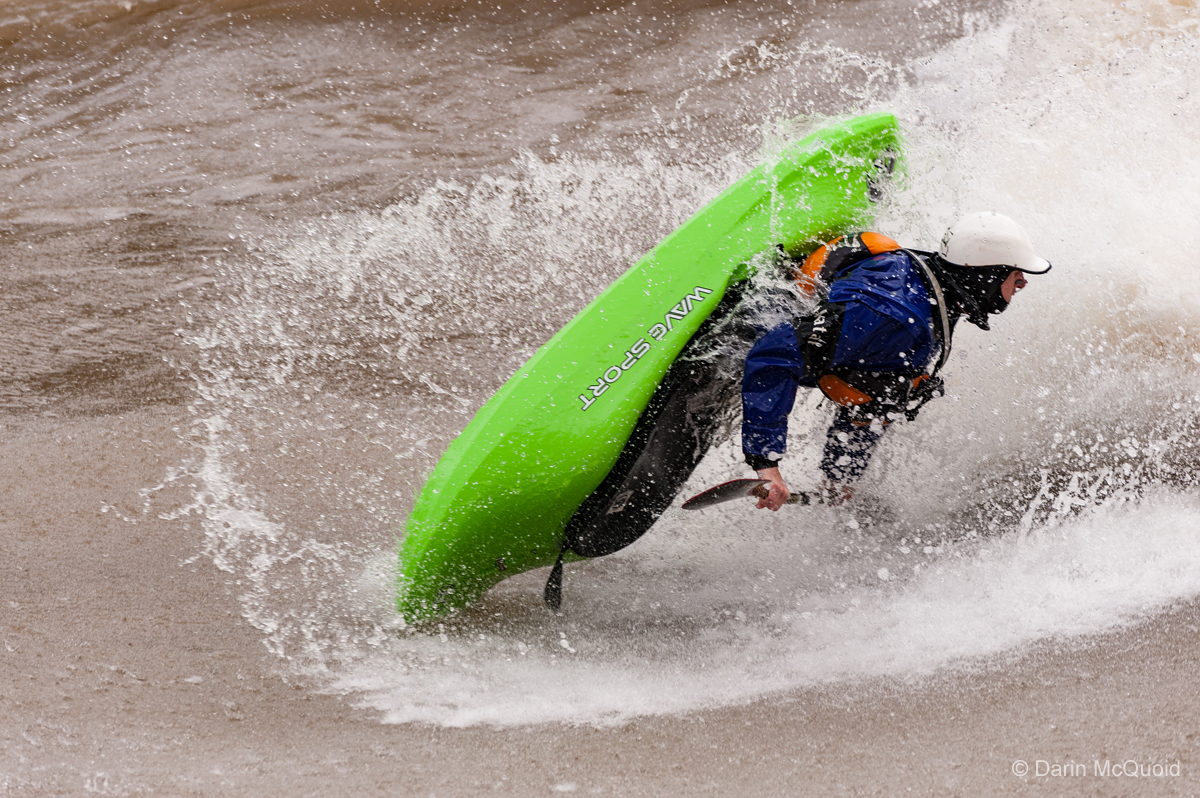 California's best playspot has a terrible name. That's all there is to it. The Gay Wave is apparently a popular alternative lifestyle hang out in the summer months. When the Middle Fork American and North Fork American are flooding for a combined flow of 20,000-30,000cfs this spot is as good as it gets. Located about a mile downstream of the Highway 49 crossing, the wave is big fast and bouncy. Eddy service is epic, nearly a mile long and feeds right onto the wave. Watch out for the occasional tree in the river.


Yes it's that wide, plenty of room for a party surf! 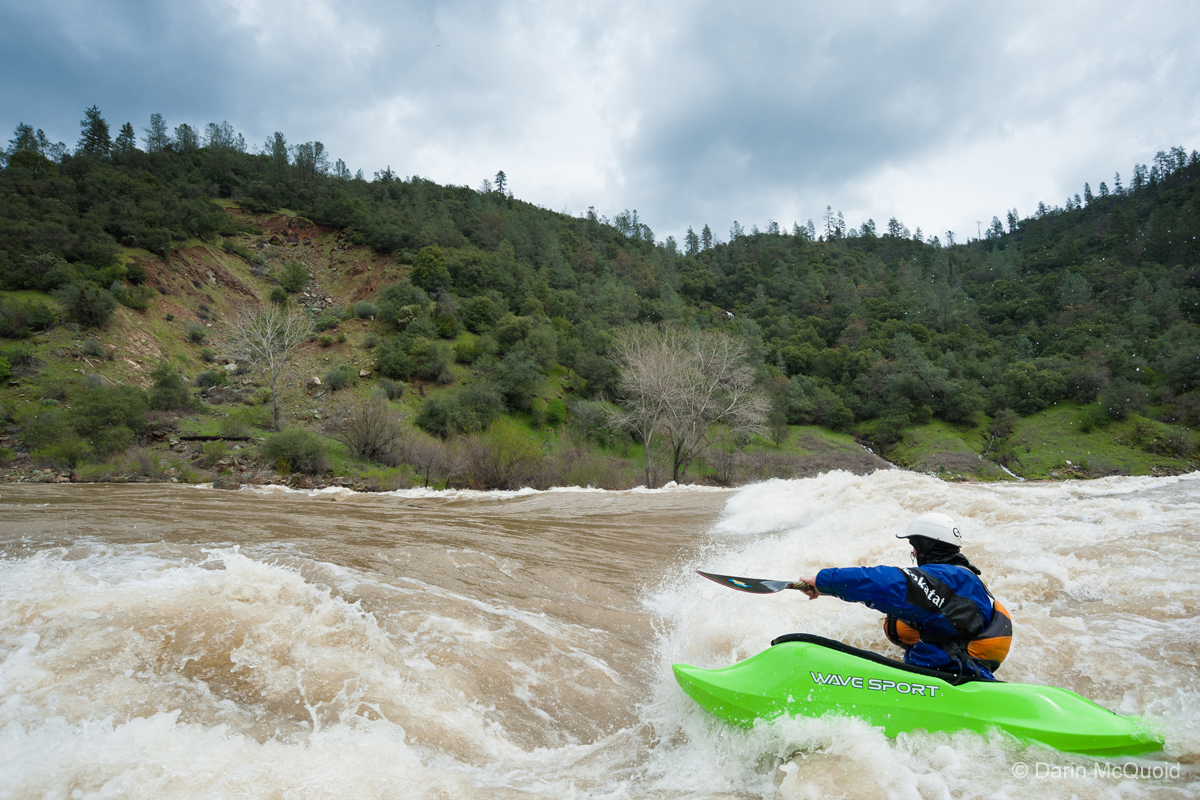 Once exhausted, you can either hike out a steep trail to the road, or continue on through the Auburn Playpark at high flows. Skirting to the far left is highly recommended. Then it's also possible to take out by hiking once again, up to the top of the road. If you don't want to hike, there really isn't any good news. Even if you paddle down to Folsom Lake and a few miles to Rattlesnake Bar, you still have to hike about a mile of flat, because the park will be closed when water is high enough. 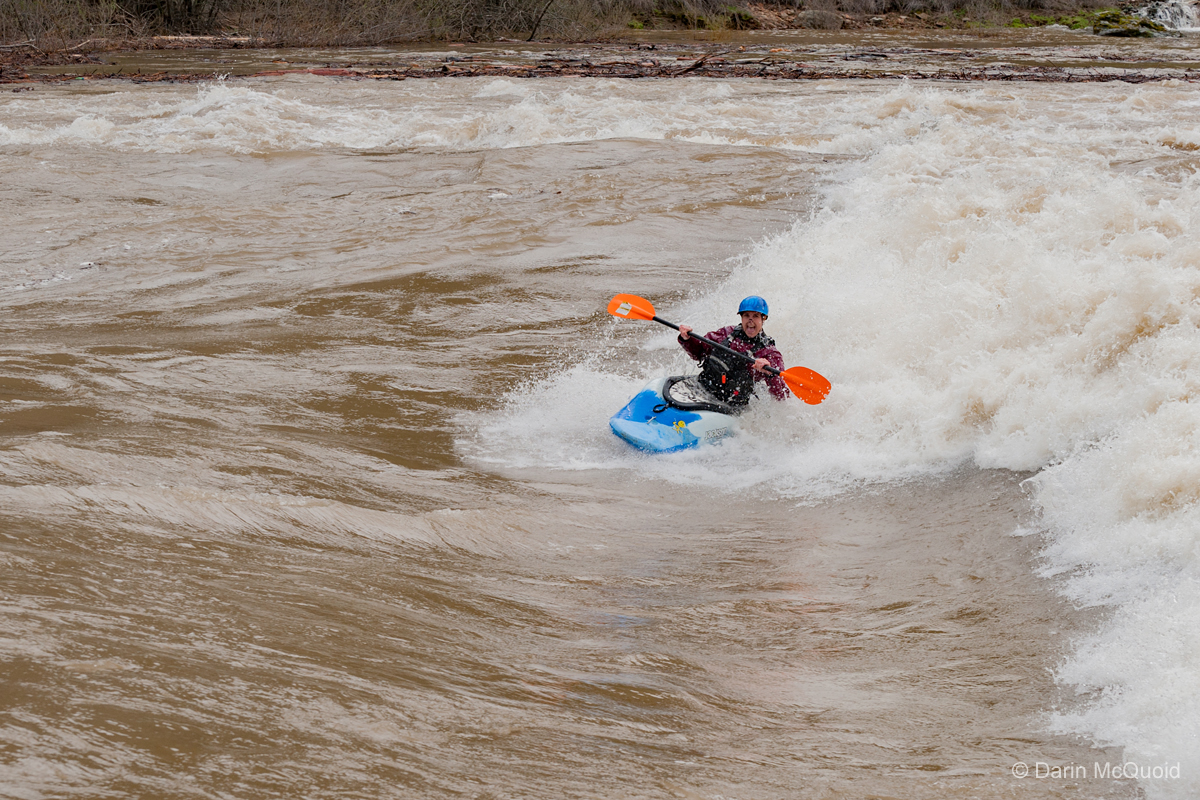 At high water the old Auburn Dam was quite a problem, although it was ran at low flows. Thanks to Reg Lake for sharing these classics. 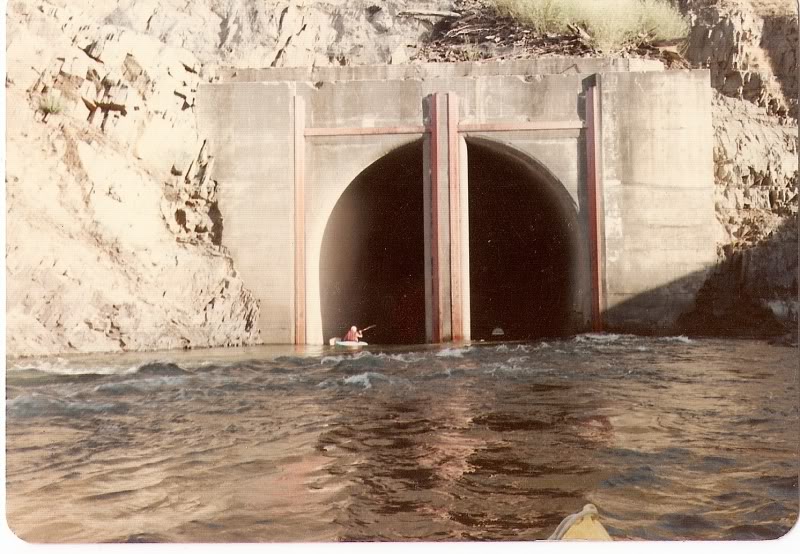 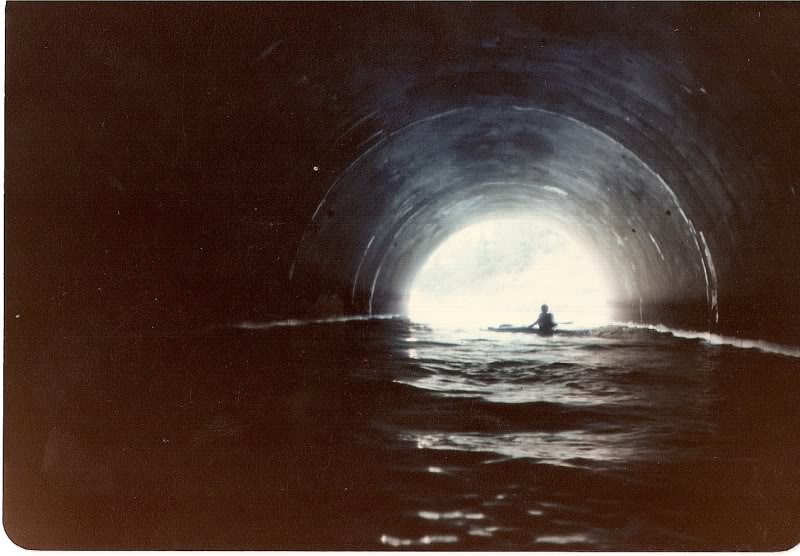 A few years ago the dam was removed and a playpark was put in. Unfortunately there is no access to the playpark, so it doesn't get used as often as it would if it didn't require a two mile hike to access. 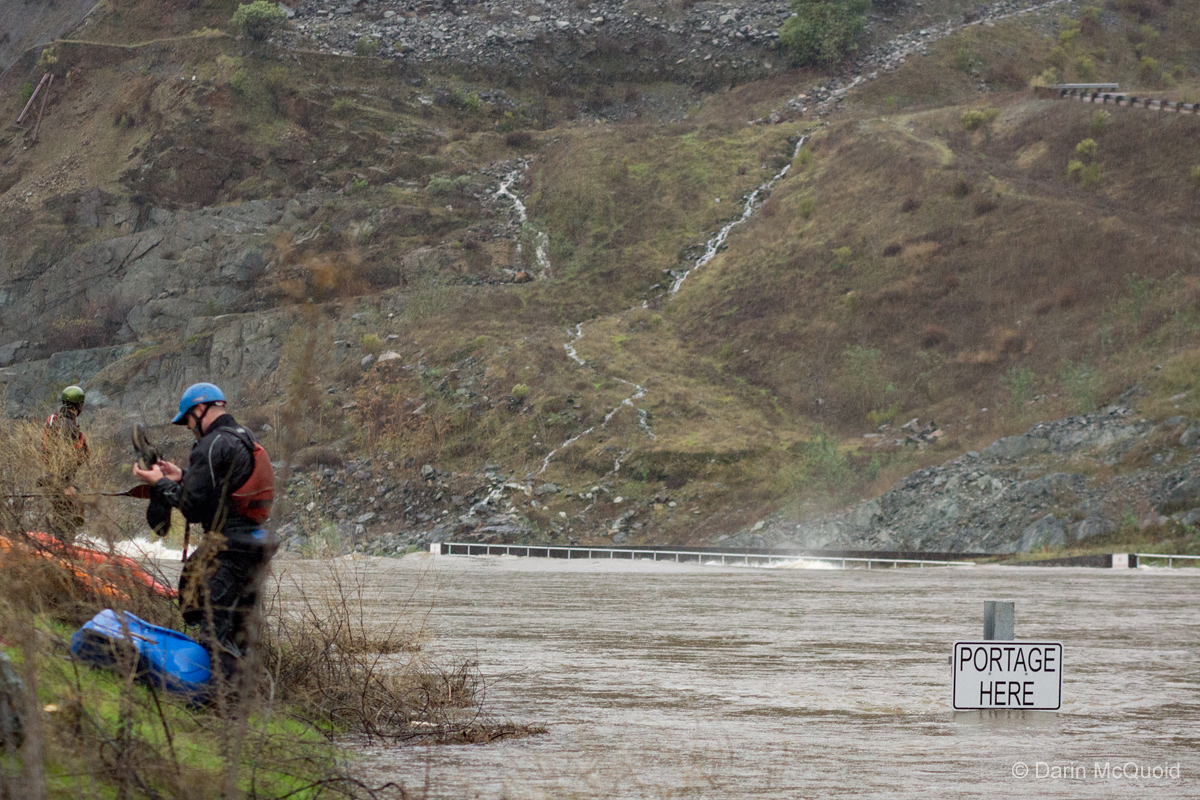 At high flows it's best skirted far on the left side of the channel. 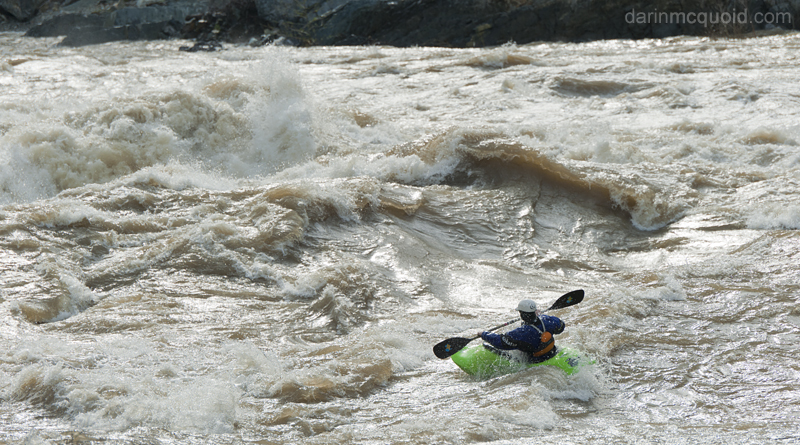 If the water is up and you are questioning how worth it is, Scott Ligare says it's the best wave he's ever surfed! 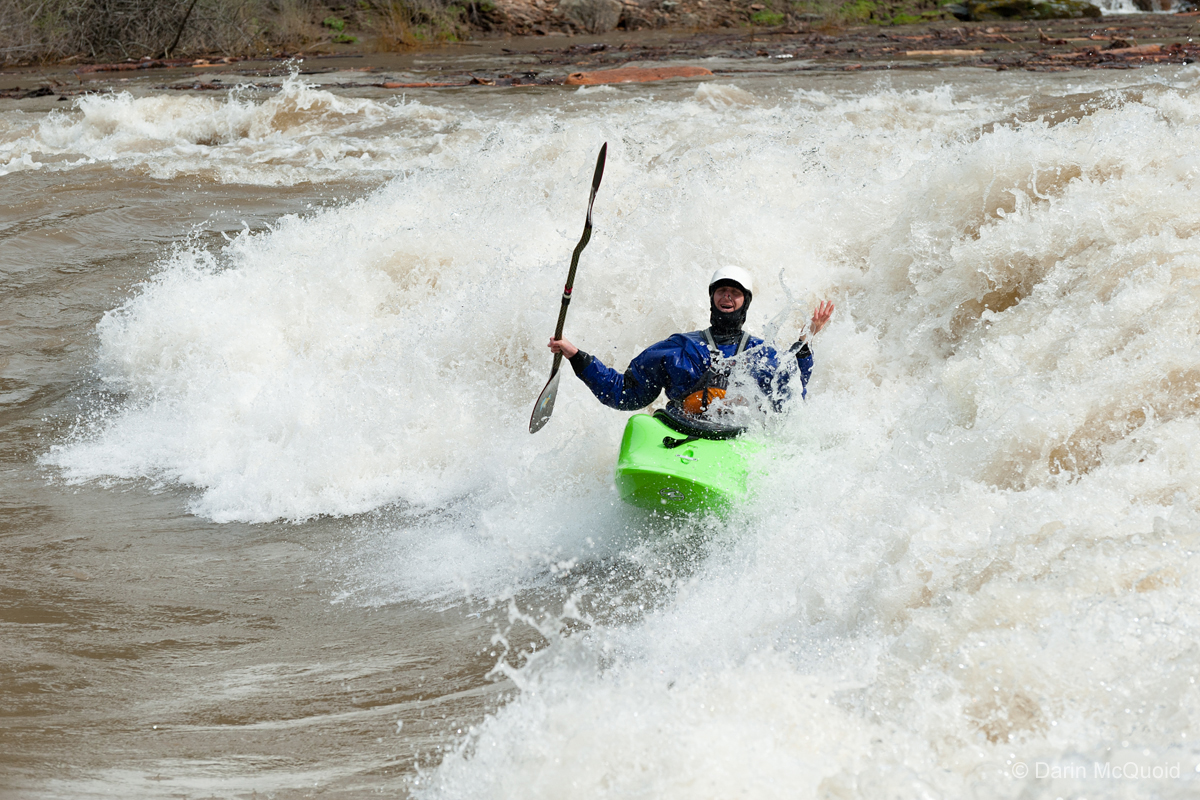 The gauges to check are the North Fork American and Middle Fork American. Combine the two and hope you have around 25,000 for optimal flow.

Google Map for Put-In and Take-Out.