One last day of paddling in Japan. Then we'd get cultured before going home. The river was another that Cody had done before, and close to Tokyo. No road access, just a two plus mile hike up to put in. The hike was on a narrow trail next to the river. I was amazed by the amount of people we saw on the trail. Not only people, but elderly. The Japanese retired get after it! In the US the trail could be considered pretty tough, lots of up and down, narrow and slippery in spots. Didn't slow 'em down at all. Ready to get in the water we were finally at the put-in and wasted no time immersing ourselves in the photogenic river.

Shon Bollock runs one as Ryan Knight and Yoshihiro Takahashi watch on. 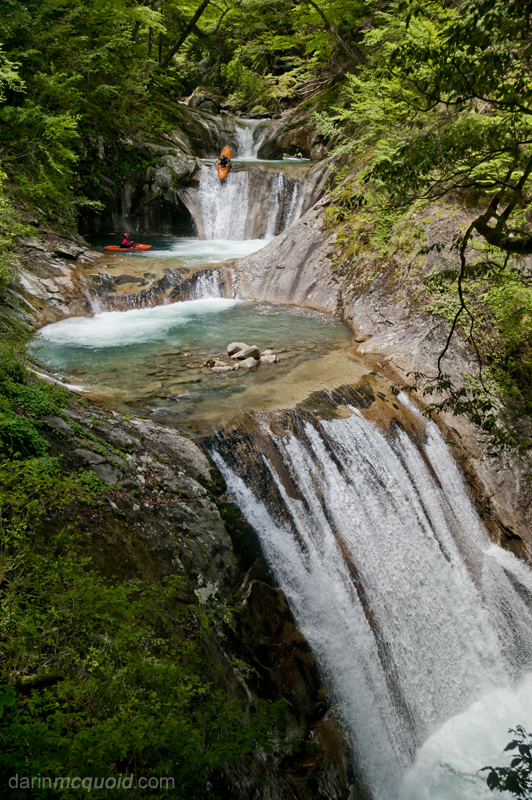 Yoshi enjoys the same nice slide in a beautiful setting. 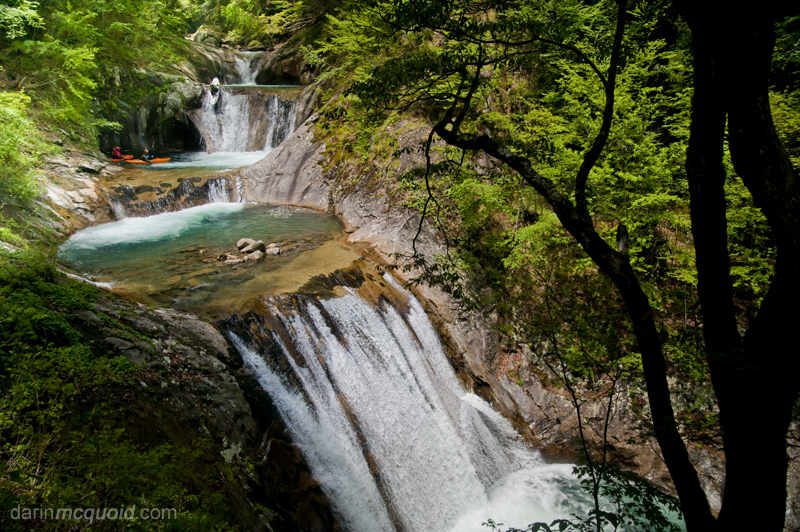 What a start, the river was all bedrock for the first five rapids, the largest being the most substantial of the run. 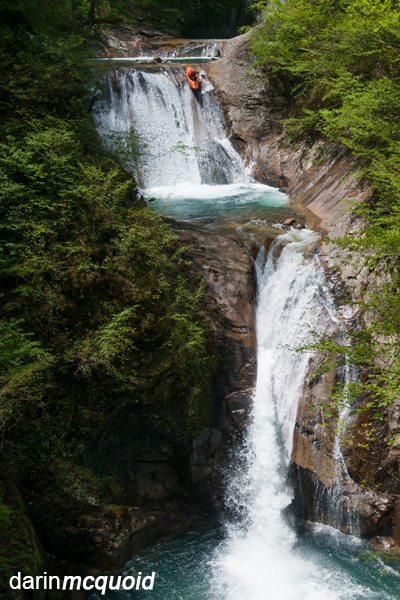 The largest was a tricky forty footer, of the very low volume variety. I think we would have been tempted to skip it if it was the first day in Japan. But it was the last day, so we decided to fire away. 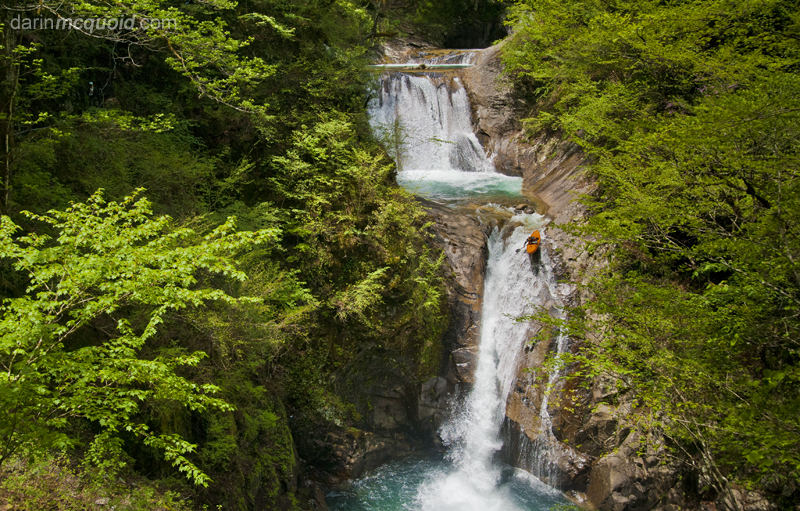 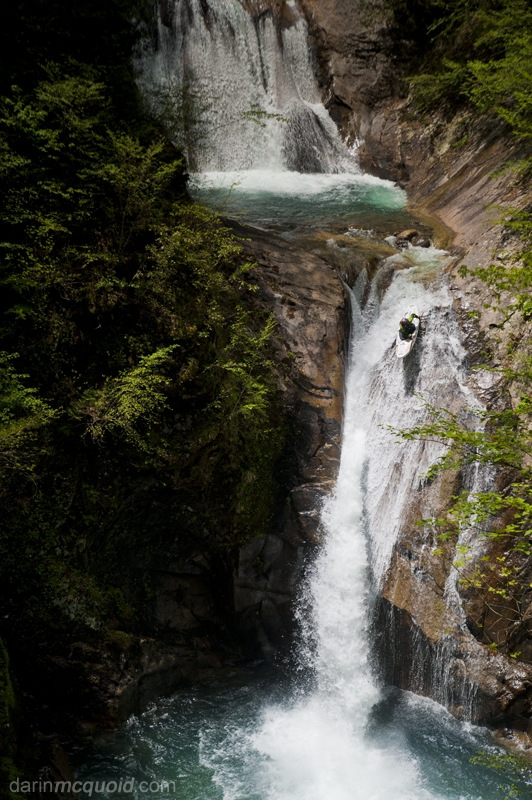 During the hike up we laughed about how small and chunky the creek looked. On the water it went a lot better than it looked, 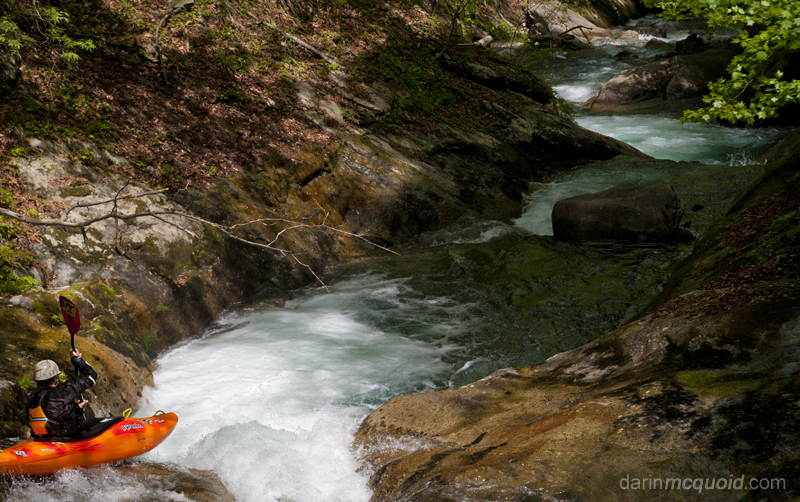 Cody enjoys a nice boof from yet another good sequence. 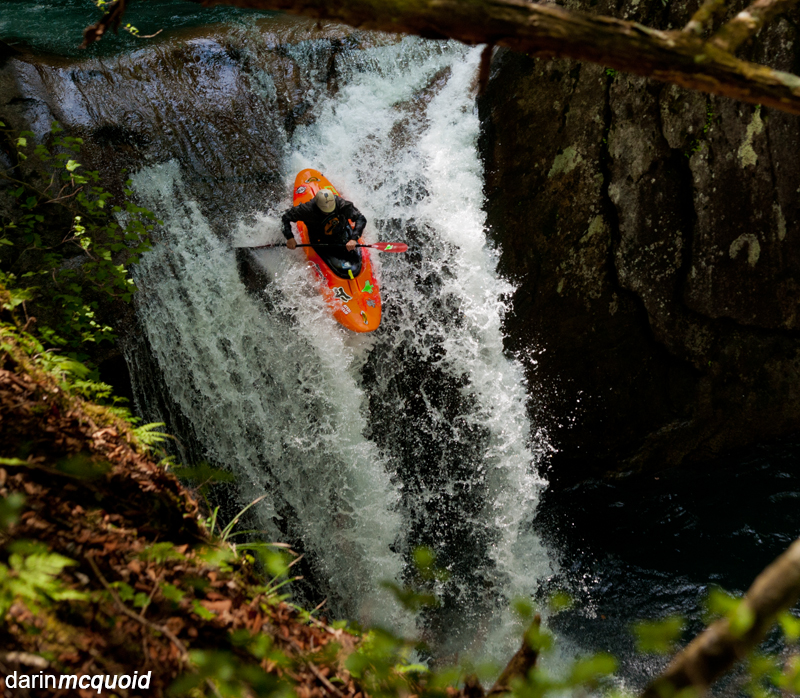 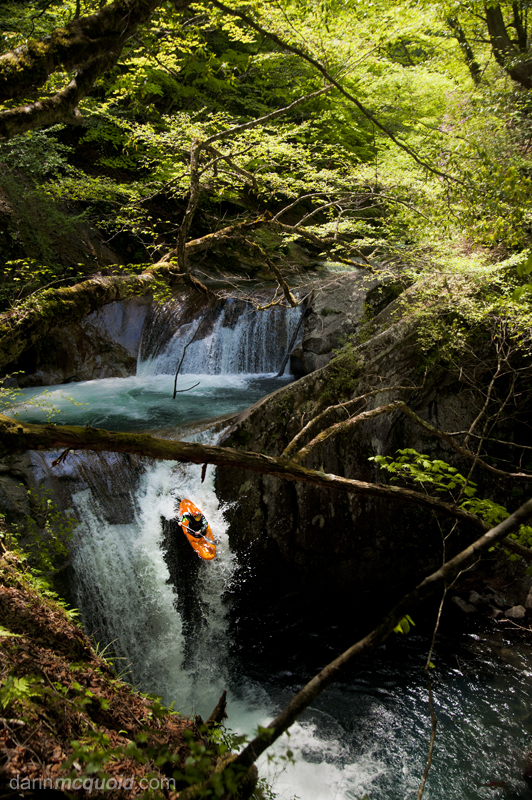 The downside to the run was that not only did we have to hike in, but after a mile of hiking the river turned into a series of low volume, twenty foot dams with no pools at the bottom. Looks like the party is over boys. The highlight was a group of Japanese tourist lining up and applauding our efforts! That was a first.


Not an official sponsor of the trip, but a thank you for the laughs, food and abused bathrooms.

The next day we walked around Tokyo while Cody and Brandy experienced Disneyland Japanese style.

Yoshi and Shon take a break. 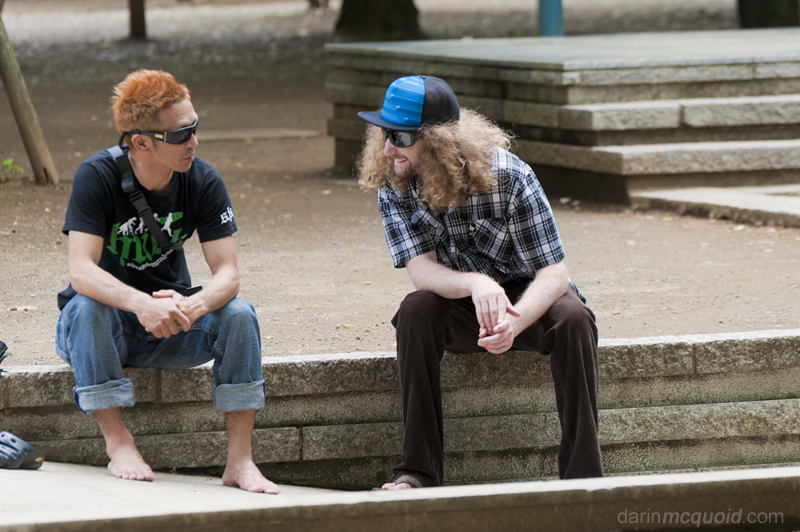 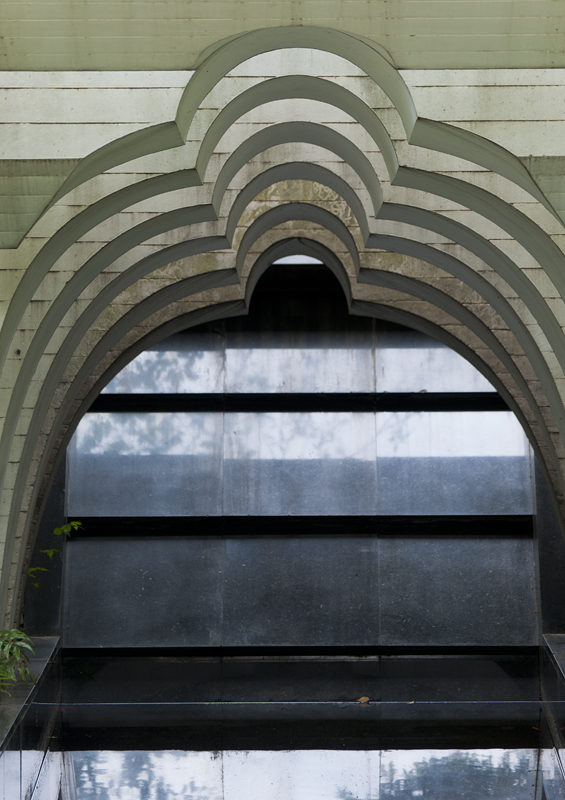 Nick Calderone asks if they will pretend to arrest him on the car. Not so much. 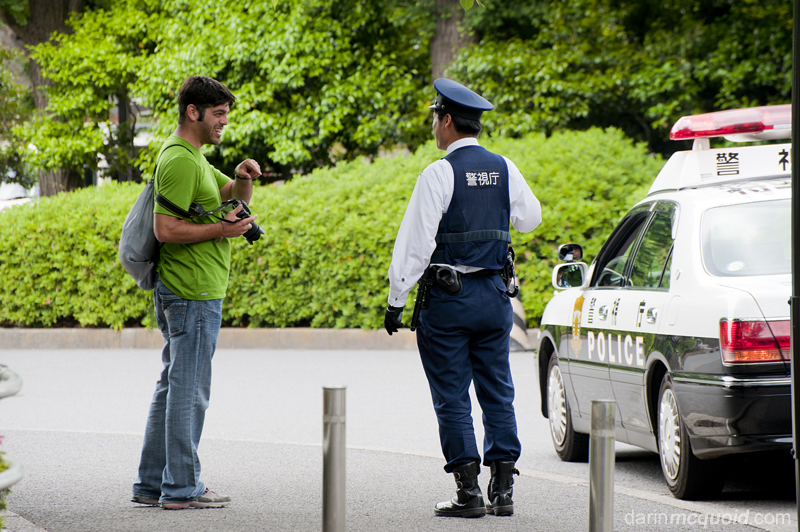 An incredible mix of new and old in Tokyo. 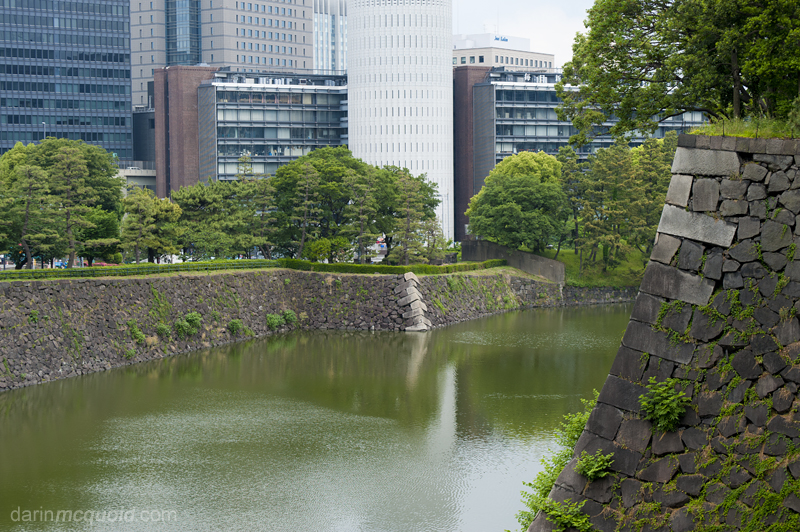 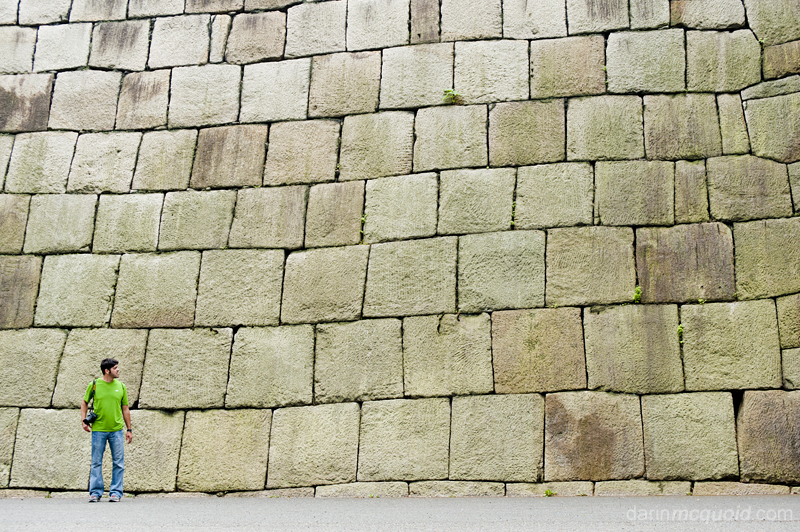 We spent a good amount of time hopping the subway to get around town, and then riding the subway to the train system to the hostel. Many moments of culture shock, but none in a negative sense.

Kind of funny to be the tourists with cameras staring wide eyed at everything. A couple subway images: 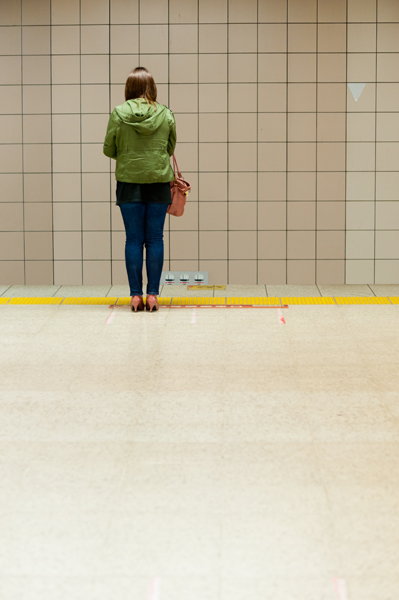 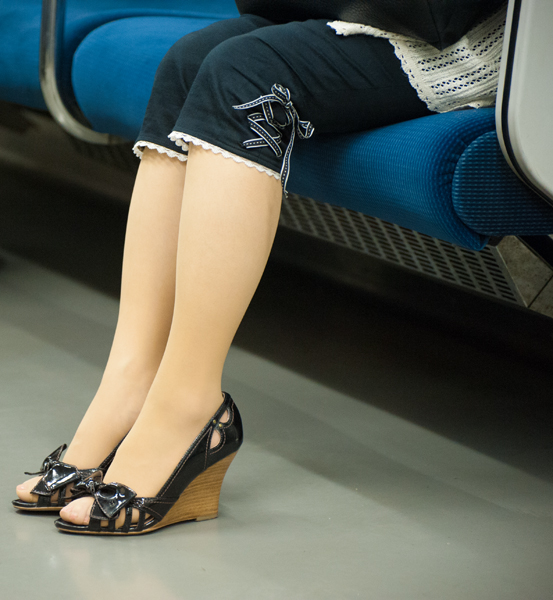 Our last day in country we just dried and repacked our gear. Our final meal was done in style, Yoshi hosted us to a Japanese style BBQ. We all sat around the grill and placed items on it, picking them off as they were done to perfection. A very fun way to make BBQ! 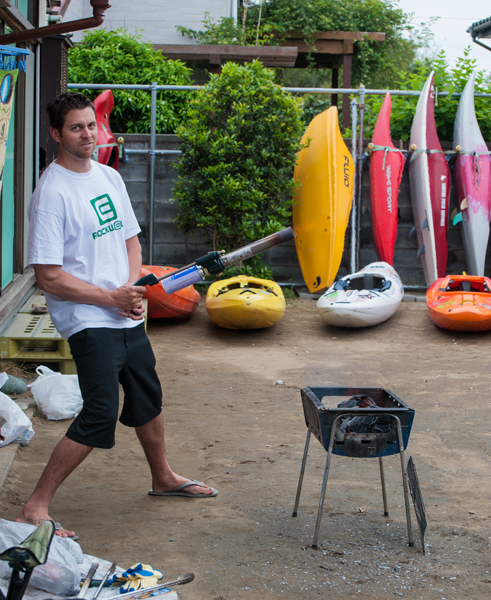 With a plane to catch there was no time to waste, jump starting the charcoal. 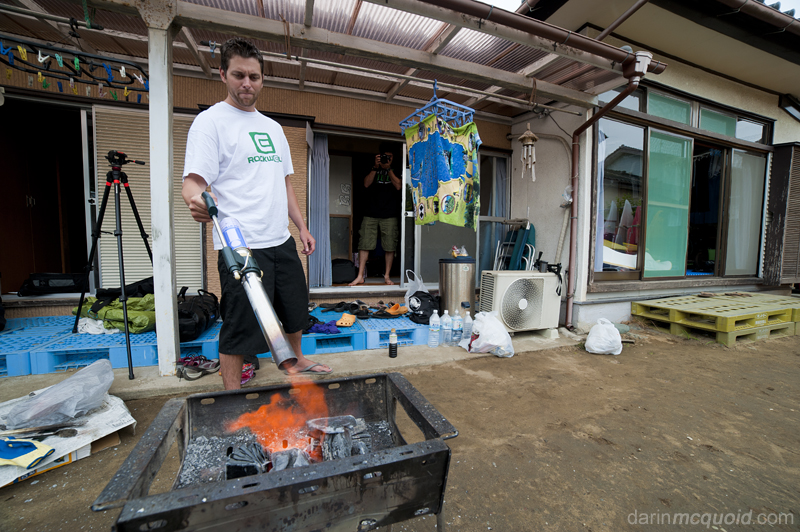 I can't say enough about Japan as a high quality paddling destination. I have no doubts I'll return. It's not the kind of place you need a several year break from to enjoy again. The people are awesome! Japan is not naturally a cheap country to travel in, everything is slightly more expensive than the states and there are few campgrounds. We more or less camped wherever and saved a ton of money by doing that.  There is no way our trip would have been possible without the help of Yoshihiro Takahashi. His generosity of time and equipment, namely his rafting van, also helped us keep cost down. He is a great person and we all owe him the deepest thanks for logistic support and patience with our group. I look forward to returning the favor in California one day!