Thanks to an unusually large snow pack this spring, we managed to get a late season run in on Mill Creek, with flows of 450cfs at Los Molinos. Mill Creek is a 30 mile class V mostly wilderness run that is listed on both Ca Creeking and in Holbeck & Stanley's Best Whitewater of California. It's a two day run and we were doing it at pretty low flows. I met Jon at his house in Redding the night before and we got a nice early start the next day, with a quick drive to the shuttle, part of which is 20 miles on a dirt road...ugh. As a highlight of the shuttle drive, we did see a bear that ran down the road for quite a ways, and took off once Jon managed to find his camera.We got an unusually early start and got on the river about 11:00, and started off with a nice brisk pace, stopping only to pick up random gear other campers and kayakers had lost, and adjusting to paddling a loaded boat.


Thanks to the low flows we were able to boat scout everything and after several miles made a scenic stop at a cable car crossing. 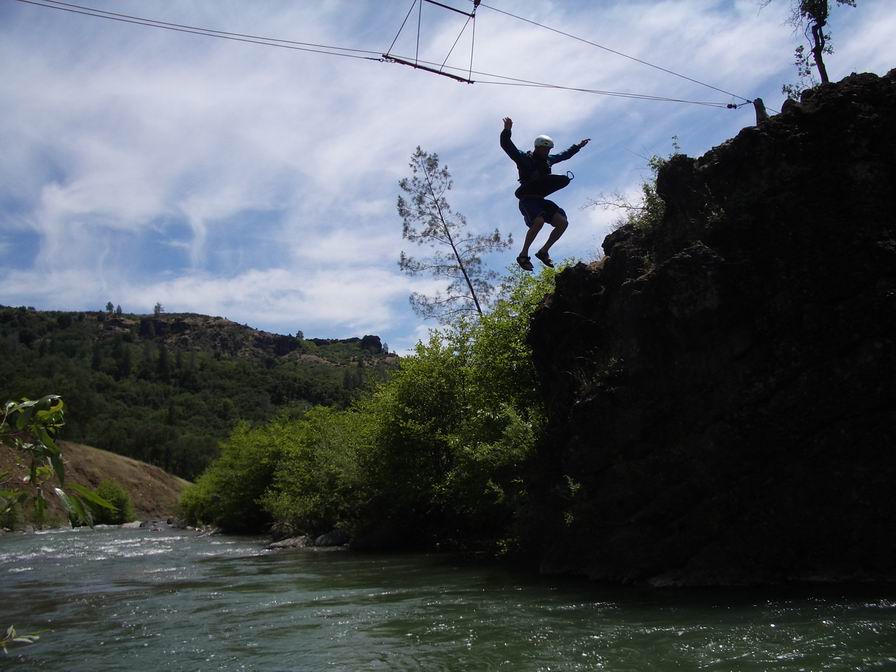 The crossing seems to service a cabin that seems to be inhabited and way, way off the grid. Far enough off the grid I wasn't interested in meeting the locals. (and I grew up way out in the sticks)


There is also some cool antique farming equipment. 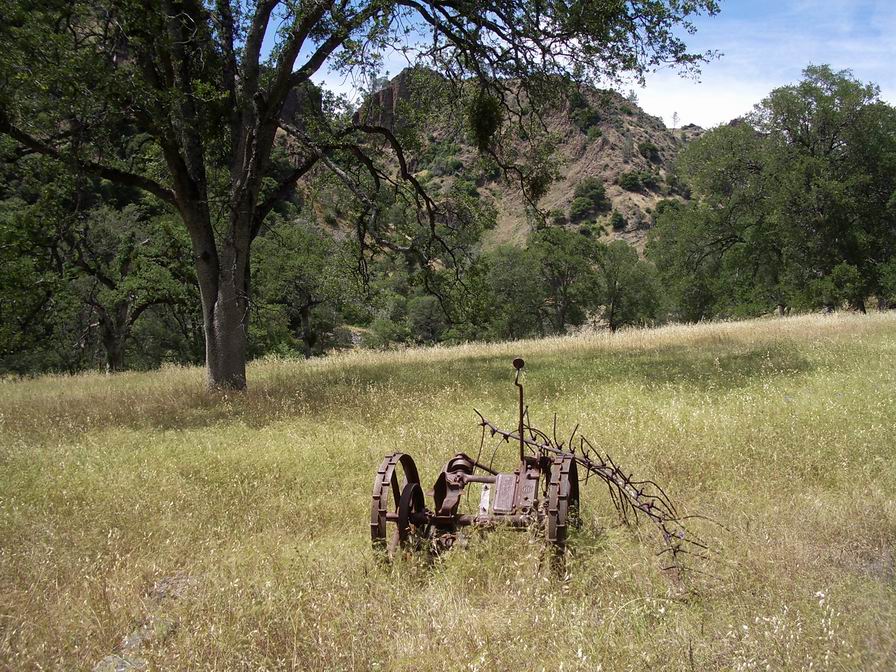 I'm not a huge high desert fan, but the scenery on this run was beautiful and has caves all over in the hills. 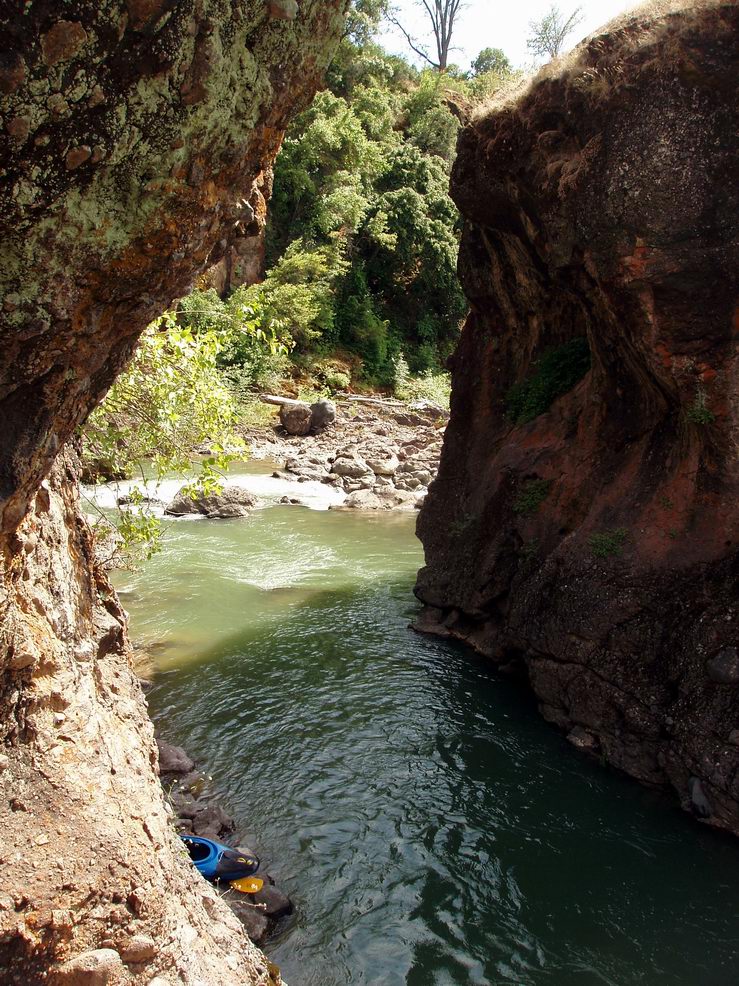 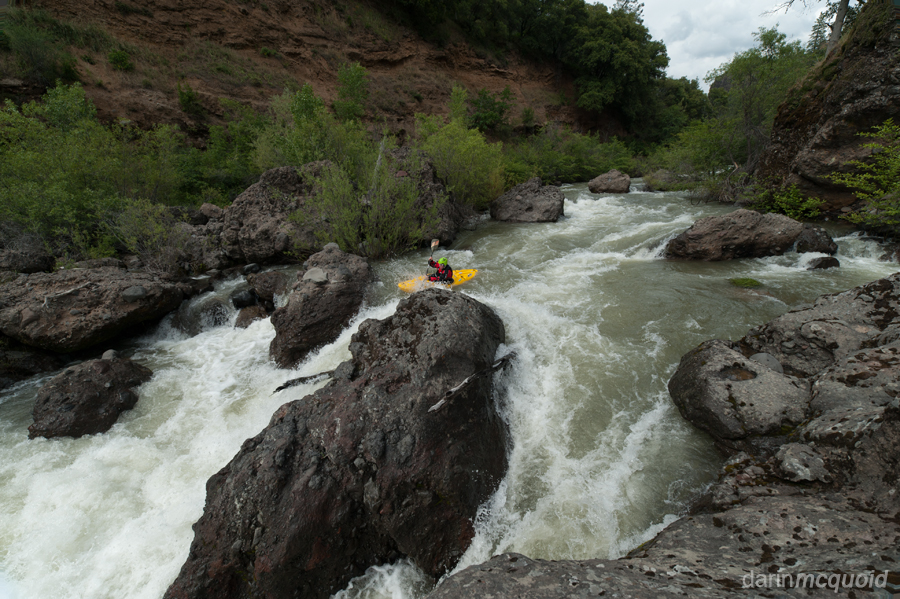 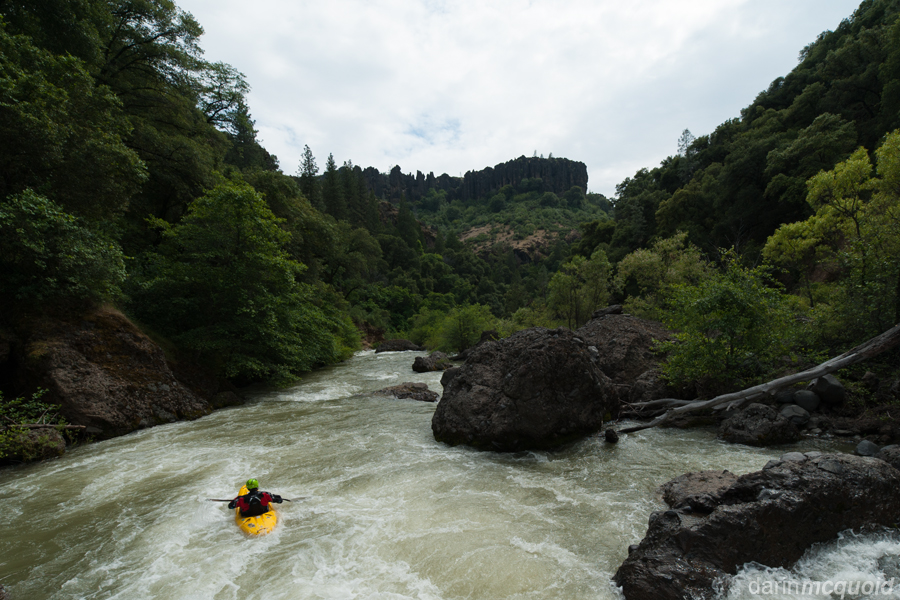 Camping earlier on our second run. 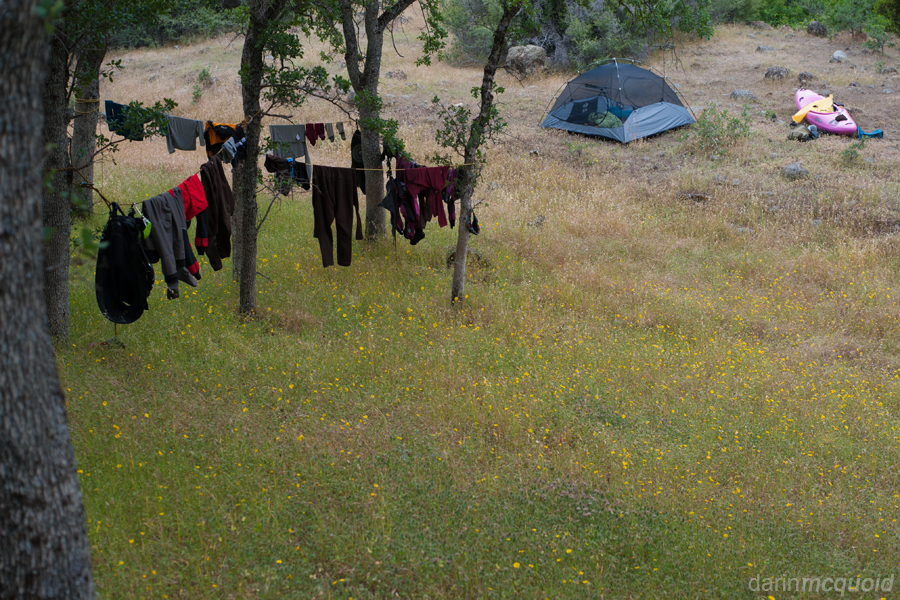 Out of camp the run is fun and entertaining. Shannamar Dewey 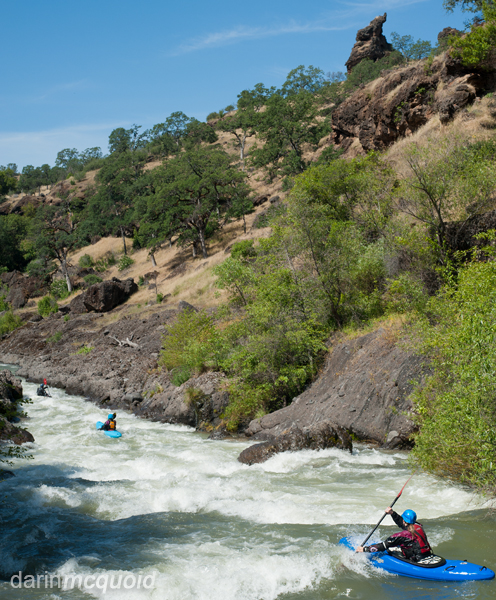 About this point I was starting to get really thirsty, having only brought a bottle filter for getting water. Mill Creek is volcanic and has a lot of silt in it, with a color similar to the Klamath, something I wasn't interested in putting my filter through the rigors of, so I started looking for side streams. The next several miles went fast, and Jon and I decided to camp at the next flat spot that had water. We eventually got out to check out some caves and relax and make a new game plan, as we were many miles into the run, it was 5:30 and there were no side creeks coming in at all. 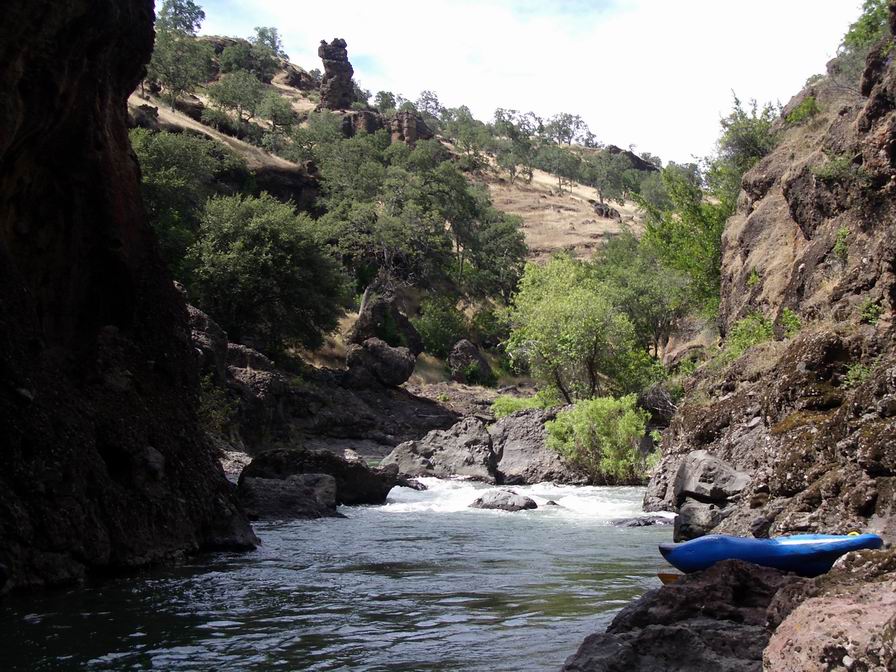 I believe we were right above "Deep Gorge" at this point, as this rapid was just beyond where we relaxed and snacked. I gave Jon hand signals and he ran this one, probably wishing he had scouted due to my poor signals. 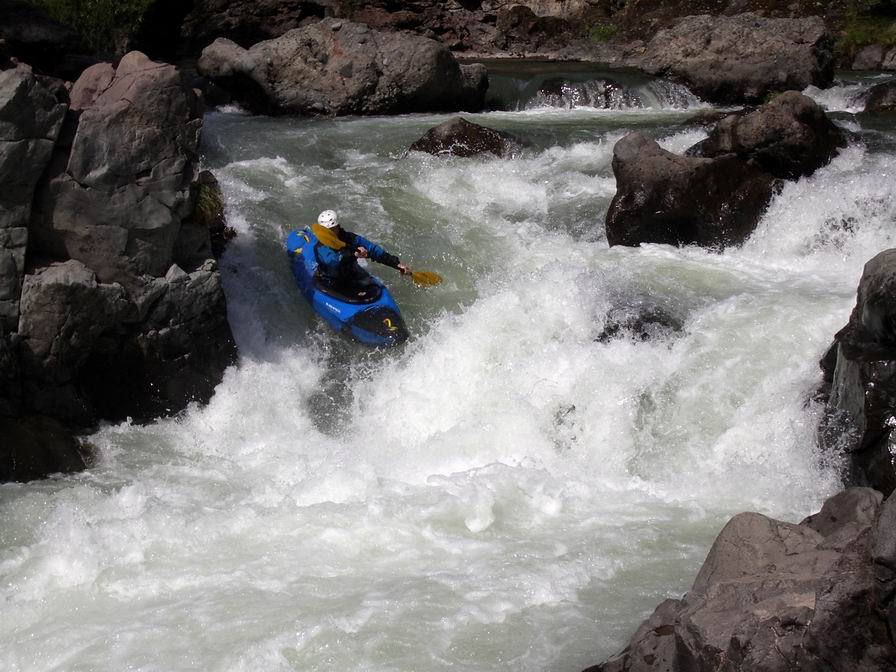 We decided to camp at the next creek or paddle all 30 miles, whichever came first. Another long stretch of river and we came to the portage, Dead Man's Narrows. At this point we weren't sure how far along the run we were, and missed the long but safe portage on river left, so we ran the entrance and eddied out for the somewhat sketchy river right portage. The final launch from this portage shoves you towards a undercut a lot harder then it looks like. 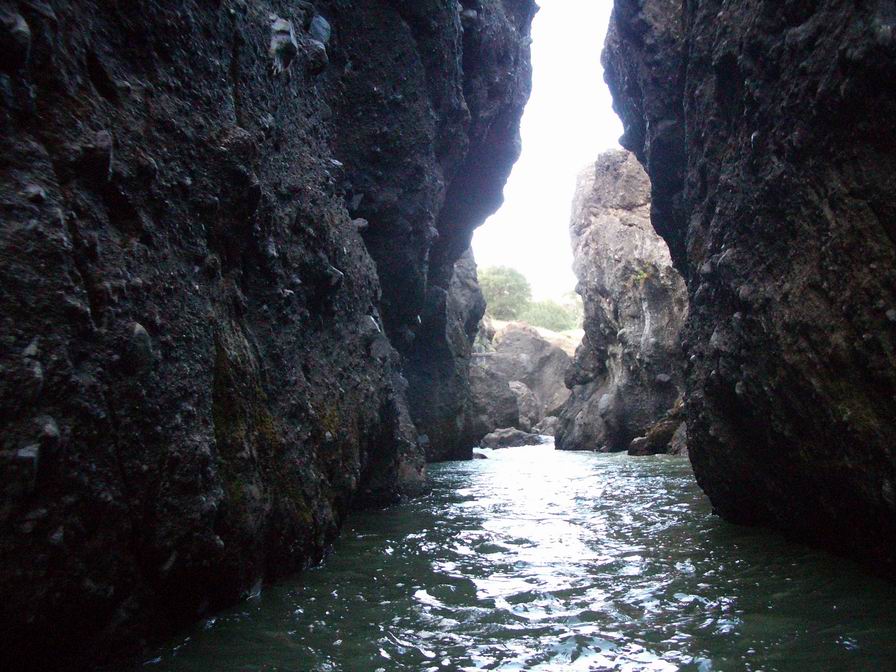 The right spot to get out... 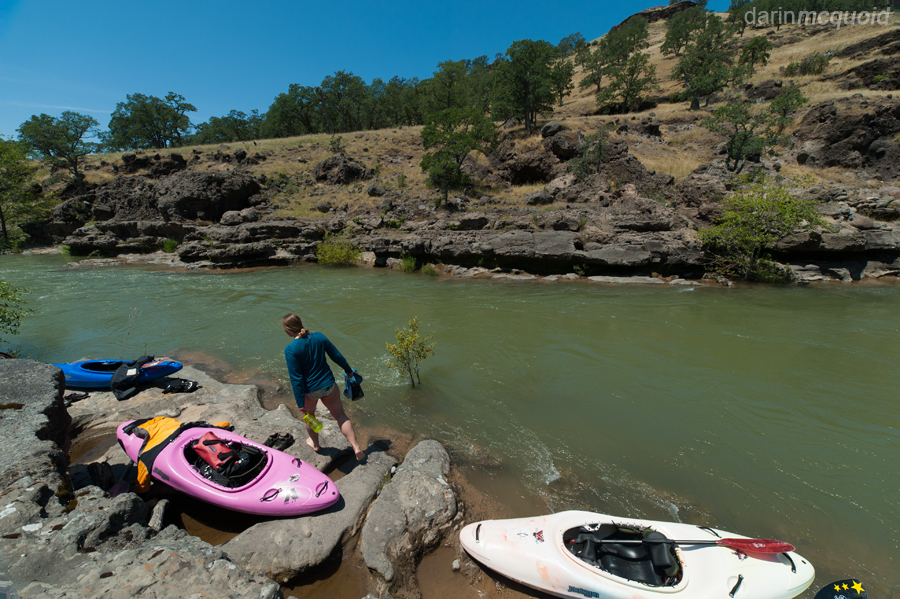 Looking down into the narrows. 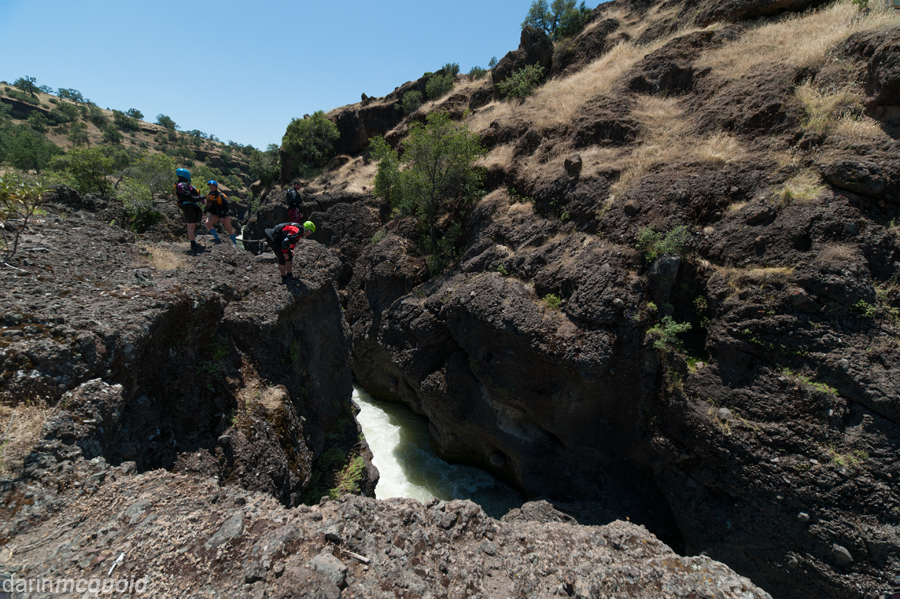 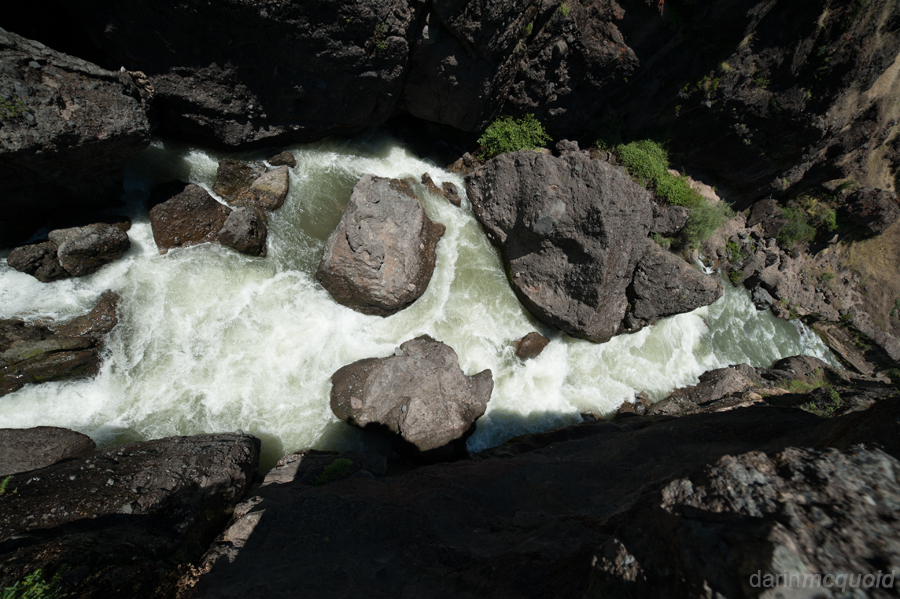 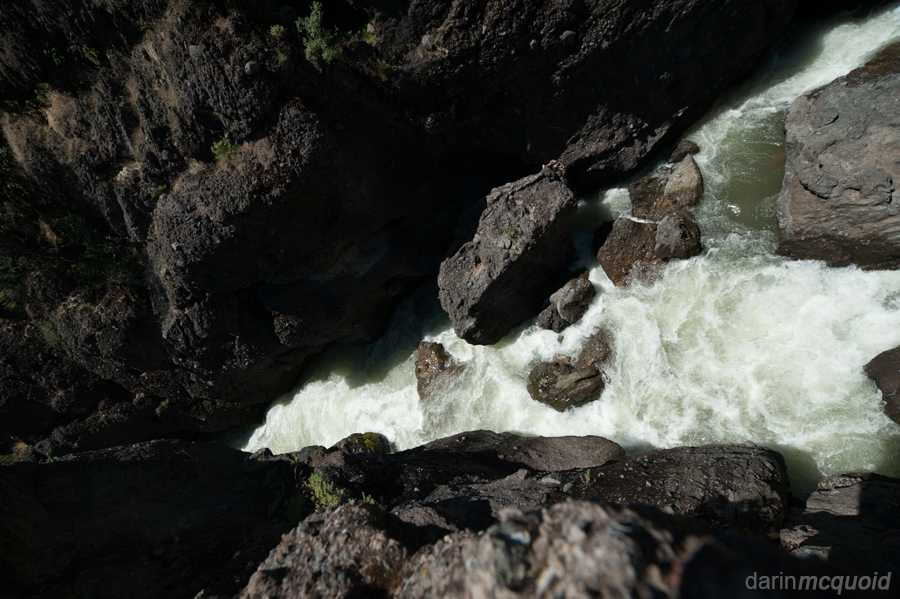 The portage is around mile 23, with a few drops and many very narrow spots after it. Beware of one longer rapid with a pin spot in the middle, in the top of this image. 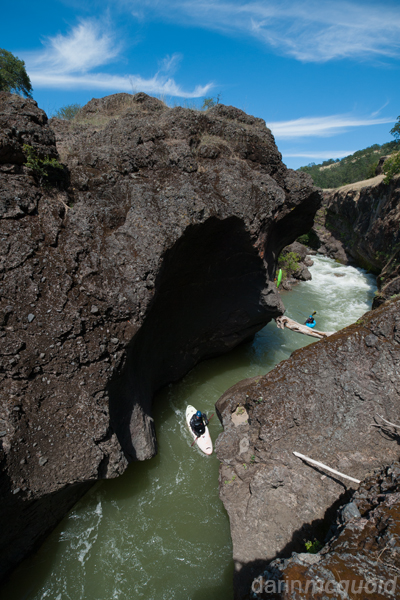 The surprise ledge at mile 25 gave me a really good surprise. By this point I was tired and feeling lazy (excuses) and I thought it was boat scout able on river right. Somehow I assumed the right wall against the bank would not be undercut (unlike every other rapid on this run) and that there would be an eddy on river right. Unfortunately the eddy did not exist, and the right side had fast moving water that pushed into an undercut rock in the right 1/3 of the river, and rebounded into the undercut bank. I debated swimming on the way in thinking I might have a better chance of flushing, but decided to stay in my boat...and went right through and came out upright with a small bruise on my elbow, and a huge grin of relief on my face. If I had scouted it I would have never run that side. Post scare the river mellowed out and at low flows we found all the low head dams to be runnable, and boogied on down to the takeout at 9:00pm, followed by a long drive back to the put-in.


We arrived at Ponderosa Road crossing around 11:30 that night. 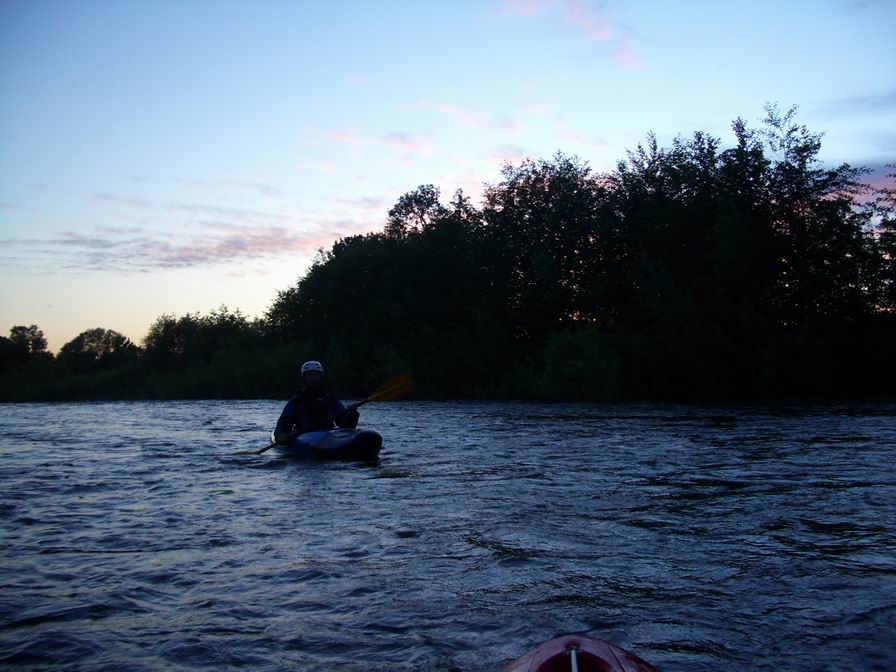 Mill Creek is high on my list of things to do again, but the generally short flow window and long dirt roads have kept me away. If you do manage to get it, the experience is worth the effort. Daniel has the best detailed beta at A Wet State .