County Line on Cresta, we miss you. 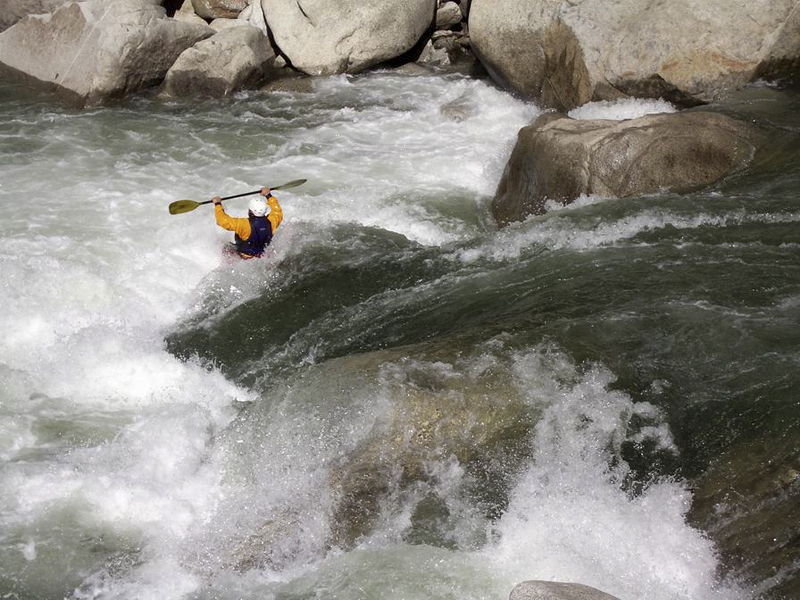 In years past, each weekend would see a release on the class IV Cresta run Saturday and on Sunday water in the Rock Creek/Tobin section. As of the last few years, the release has changed to Rock Creek/Tobin for both days..

The run can be split into three sections. The highest up river section is Rock Creek, a II-III run, with mostly class II and two significantly harder rapids. The take out for Rock Creek is the put in for Tobin, so if you run Rock Creek, be sure to scout your take out before putting on, it would be easy to miss. Tobin is generally considered a class V run due to hazards. The moves are not the hardest, and it's often run in playboats, but there are many sieves and you don't want to go down the wrong channel or swim. Going with someone that knows it for the first time is a wise choice. The run starts off pool drop, but the section between the bridges is more or less one long rapid that can be broken down into many sections.


Shannamar Dewey enjoys one of many fine boofs on Tobin. 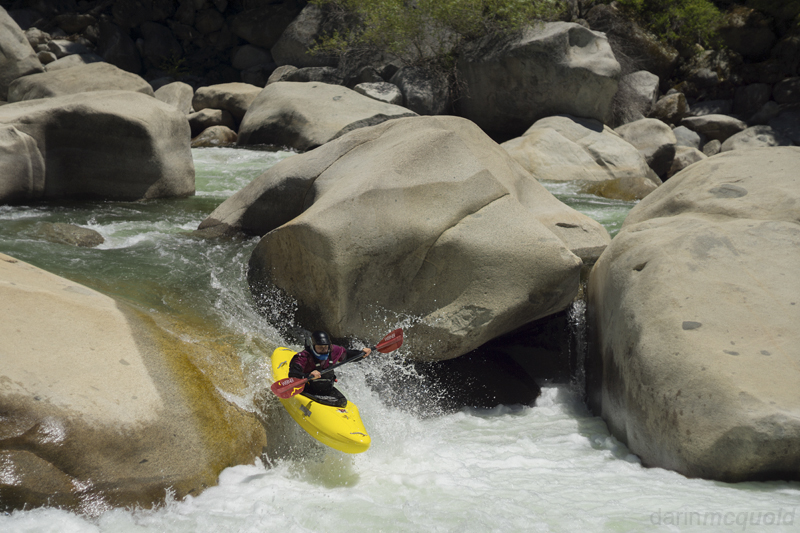 At 2,400cfs things get busy on Tobin. Summer releases are never this high. David Maurier in the flow. 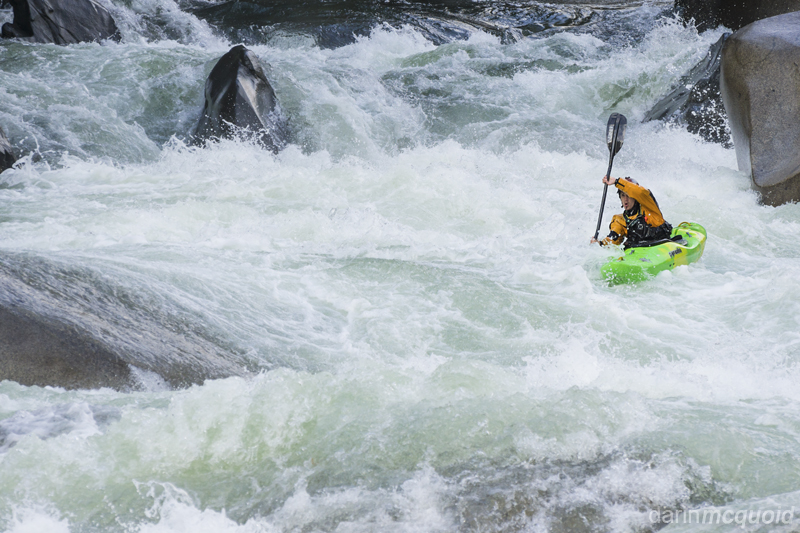 Amanda Burnham-Marusich nails a boof in the final rapid of Tobin. 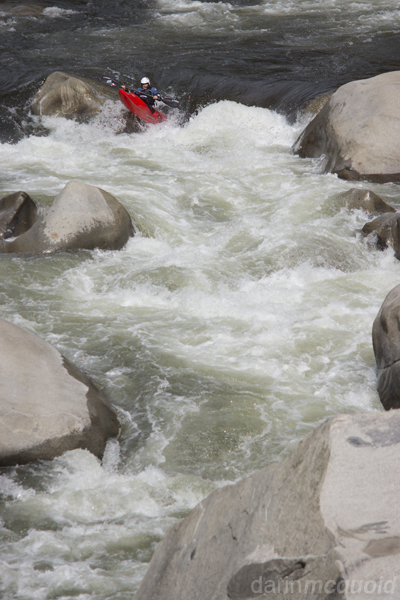 Tobin proper finishes at the green bridge which also marks the start of Lowbin, once considered just part of Tobin. It  is now often run by strong class IV boaters. Similar to Tobin it has quite a few hazards and is not a place to be out of your boat, once again best to go with a vetran your first time.


Ron Rodgers spins on a smooth rock in Lowbin 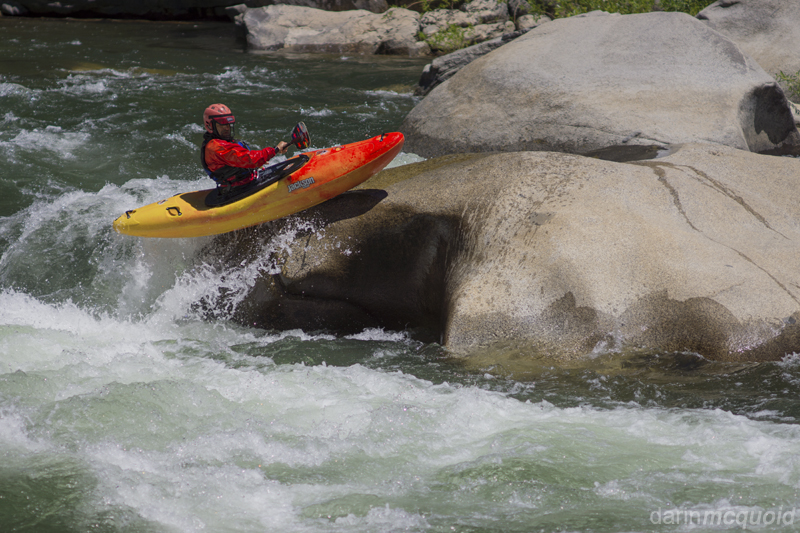 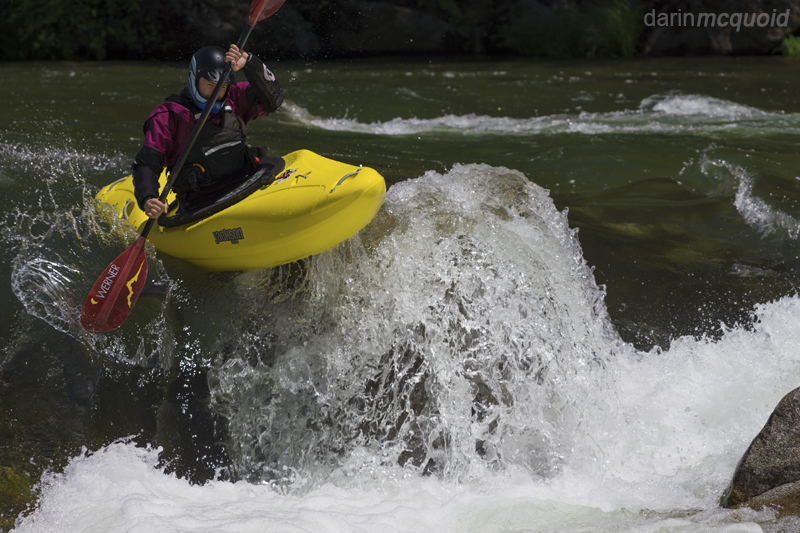 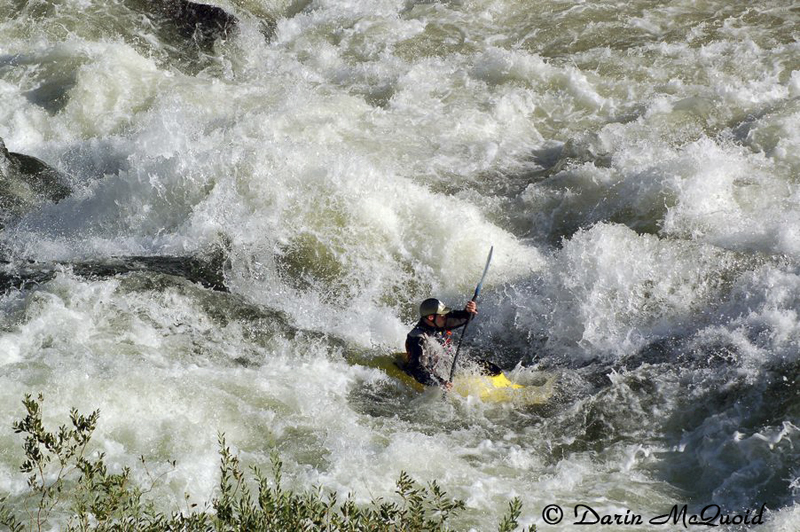 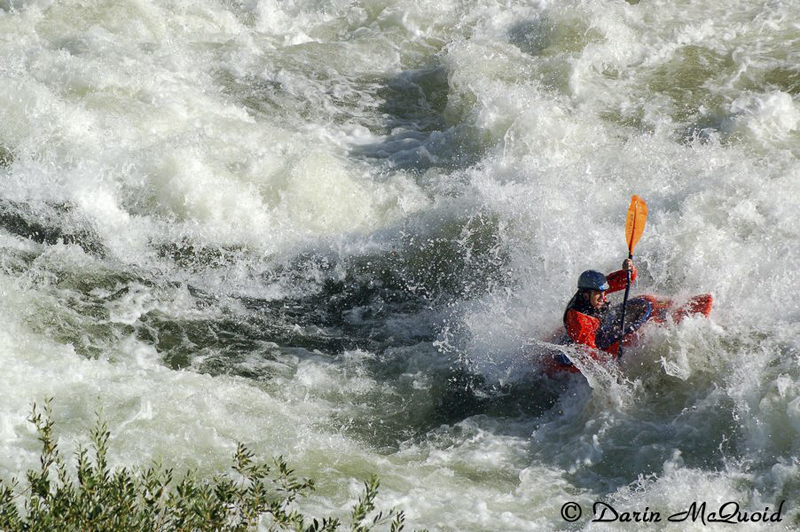 One of the best things about a weekend on the North Fork Feather is the almost guaranteed warm weather and plentiful free camping. 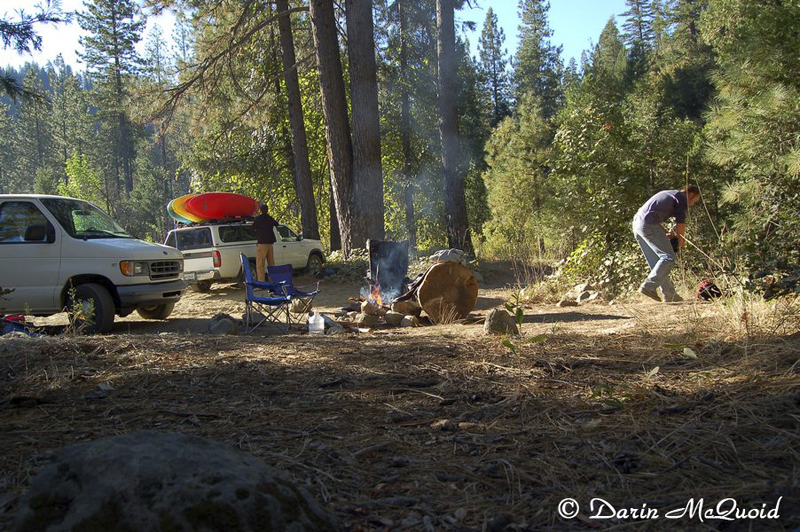 A big thanks goes out to  American Whitewater  for their work on the North Fork of the Feather River. If you enjoy this release or would like to in the future, consider joining American Whitewater and helping all paddlers enjoy the wonderful rivers of California.