Teesta. Tista or  टिस्टा. However you want to spell it the Teesta might just be the steepest large volume river in the world. All our time on the river would be spent in Northern Sikkim, which has it's own history beyond my ability to recap. Let's just say it's not your stereotypical image of India, but is more like Nepal..with less tourists.  Flowing off the world's third highest peak, Kanchenjunga, the river wastes no time in losing elevation. The river has a healthy rafting business below the steep sections, and even the steep sections have to some extent been explored via raft by the Indian Army. With ground support of one hundred people and a helicopter too. I'd be wishing for the same support at some moments in our trip.


One month in country, two bags and a boat. 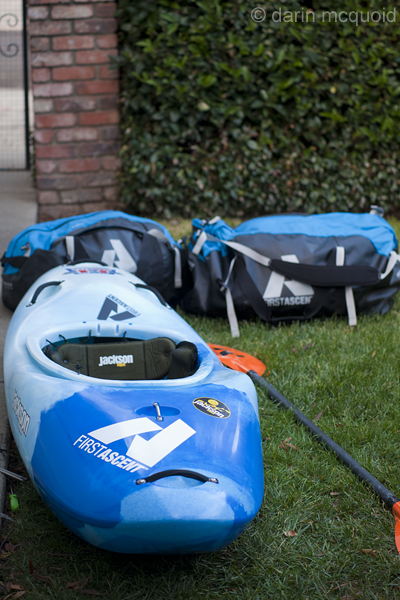 Almost exactly on the other side of the world, it takes a little bit of flying to get to India but the first view of the Himalaya makes it all worthwhile. 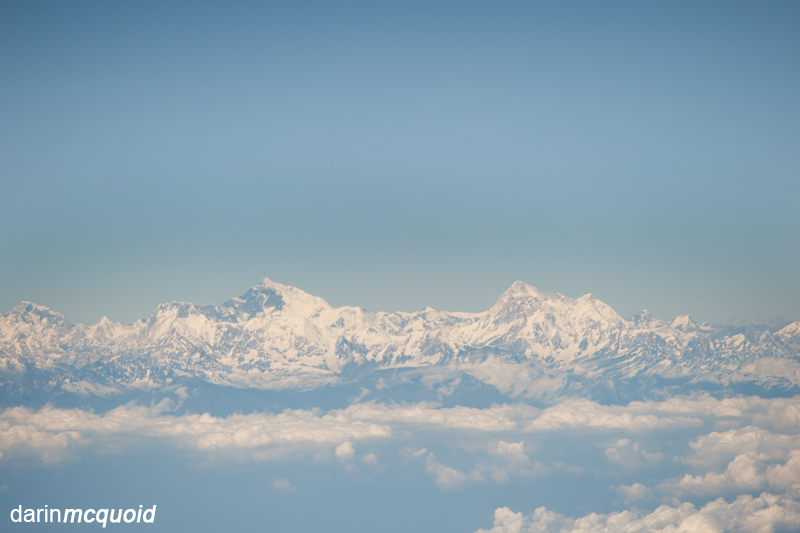 The Brahmaputra flowing out of the Himalaya 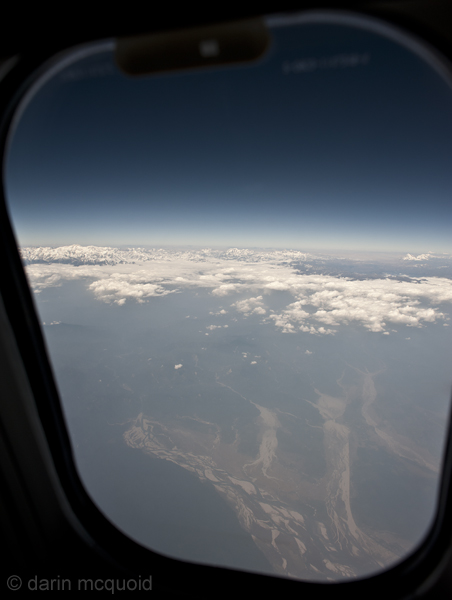 You have to be ready for things to go not at all according to plan on these trips, and this was no exception. Sorry, the road workers are on strike so you can't drive from Darjeeling to Sikkim today! 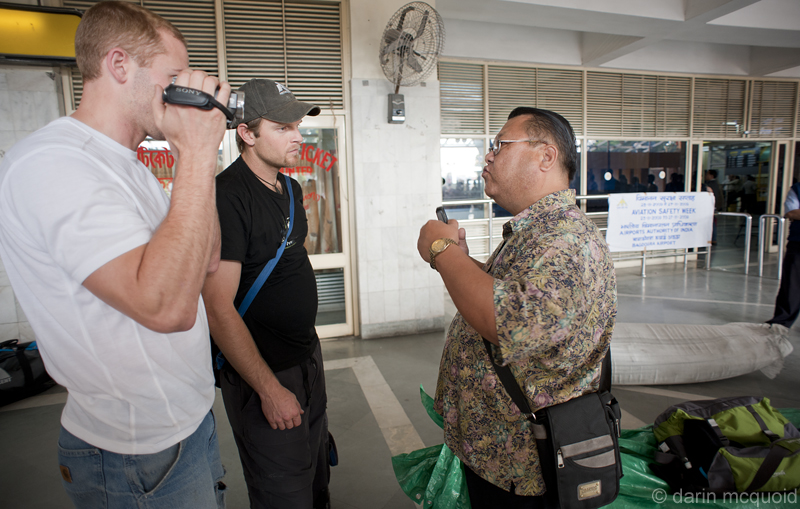 Still we had our car and driver booked for the day, so we chose to drive close to the Sikkim border. The mass of people you hear about in India, they're there. 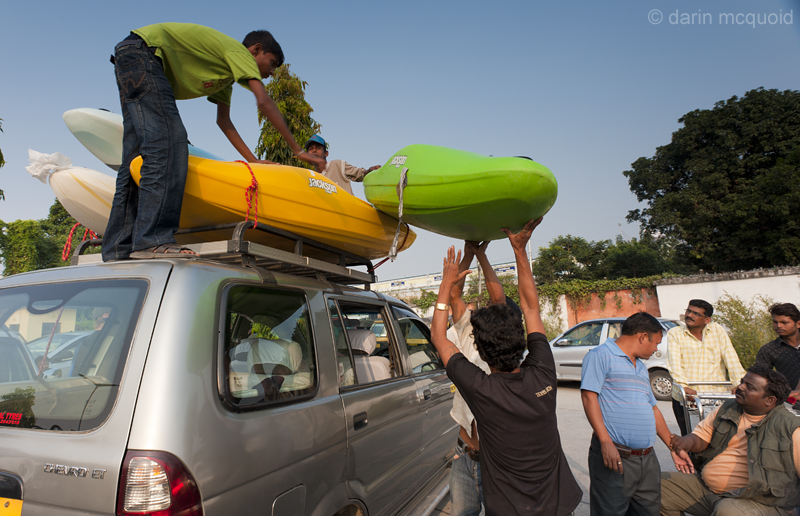 The good news is that if any problems are encountered you can just login to the police website. 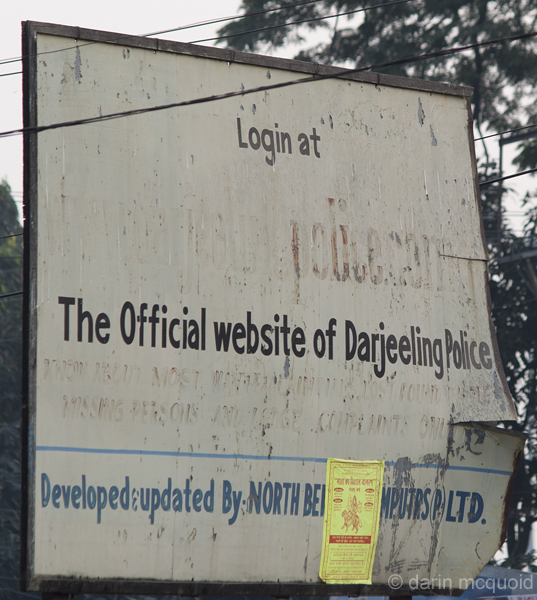 Just a few hours up the road we find nice accommodations for less than $10 per-person. 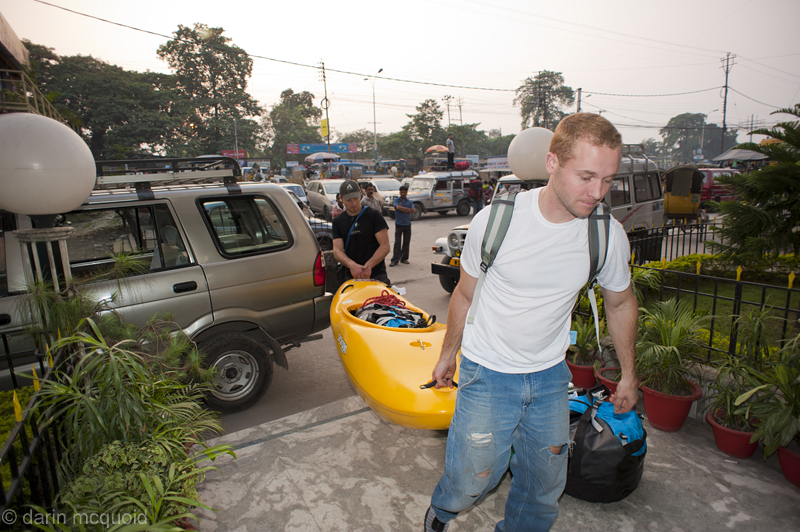 Hey that's the river we are headed to! 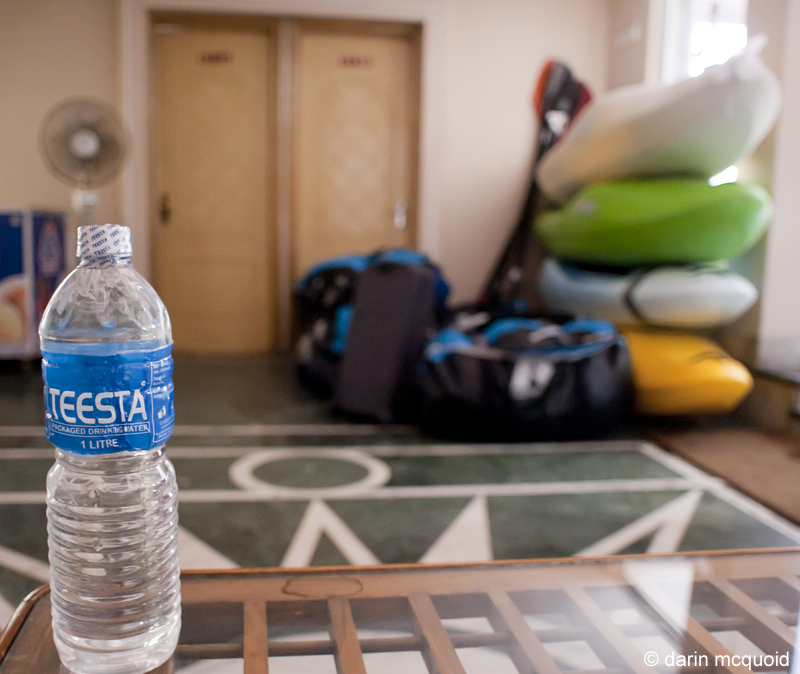 Well, looks like we made it just in time. The Teesta is undergoing a series of major hydroelectric projects. Most sections will be gone in just a few years as they are working at a furious pace. 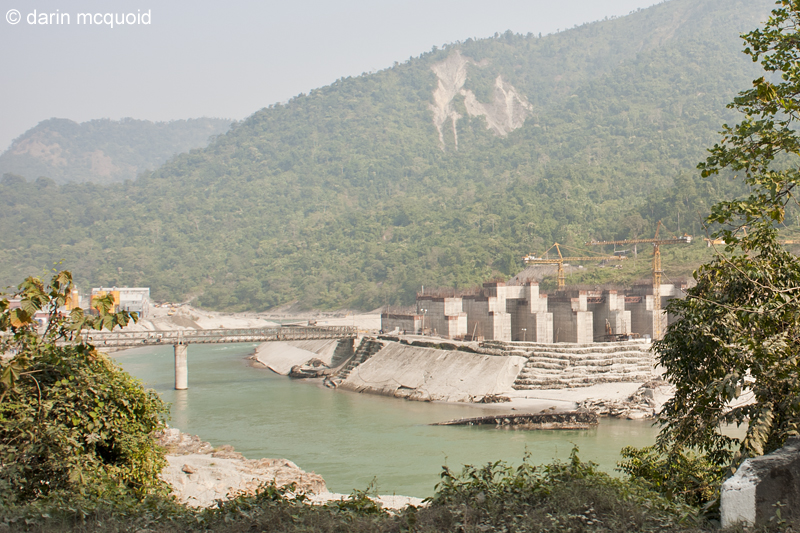 After a full days drive we arrive in Gangtok, Sikkim's capitol. Gangtok has a nice bazaar and views of  Kanchenjunga. 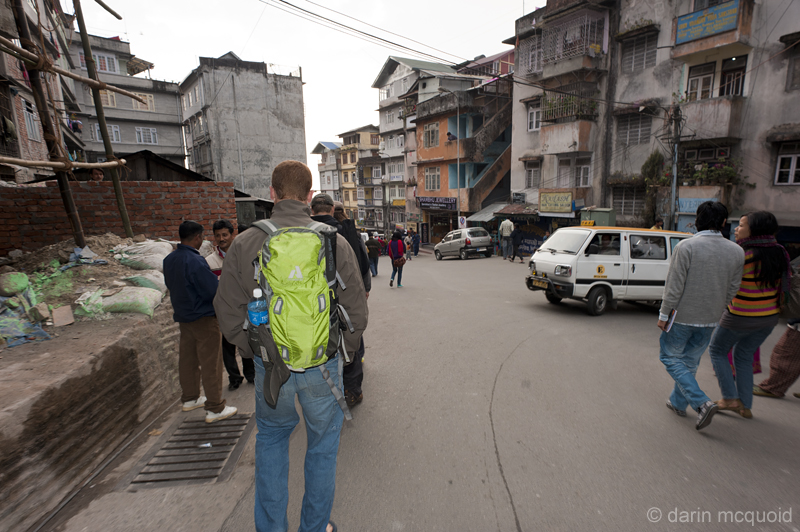 Not exactly what I had mentally pictured for India. 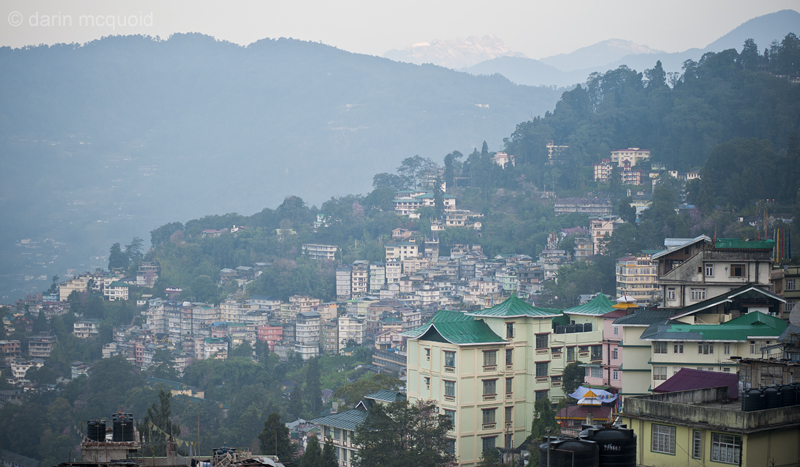 Not a bad view from our lodgings. Mount Kanchenjunga. 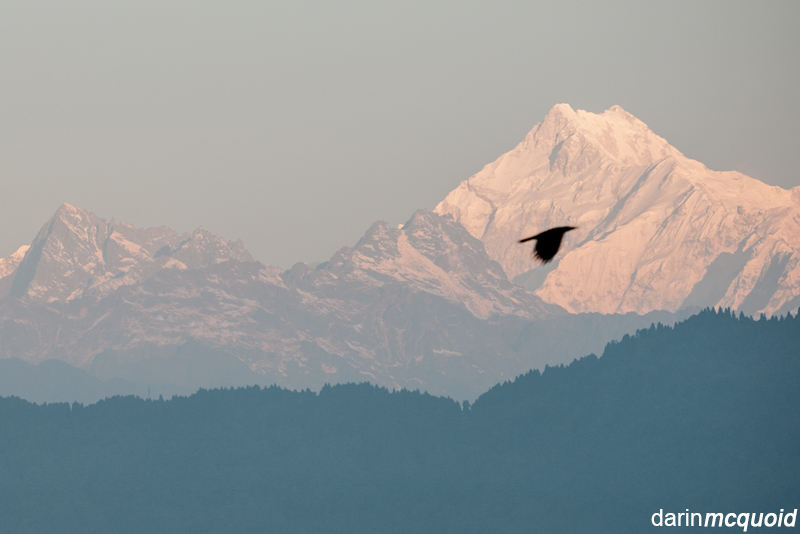 One of the toughest parts of international expeditions is the food. These rather lucky communities don't eat nearly as much pre-packaged or preservative infused food as we do. This can make it hard to pack for multi-day trips though!


Jesse and Ben check out the options. 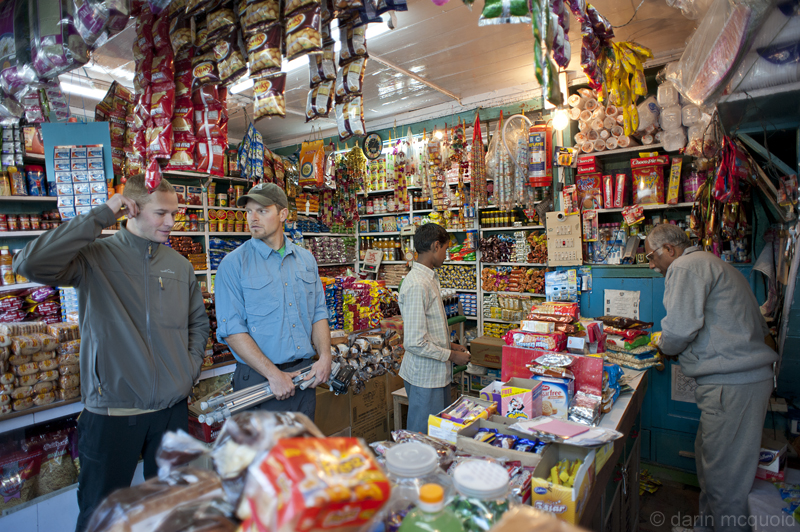 Traveling in Sikkim takes extra permits and jumping through hoops. North Sikkim multiplies that by ten for foreigners. We'd be limited to ten days, couldn't camp and had to have a paid driver and guide with us. Just two days of flying and two driving and we enter North Sikkim. Really this isn't that long compared to what it would have taken thirty years ago. 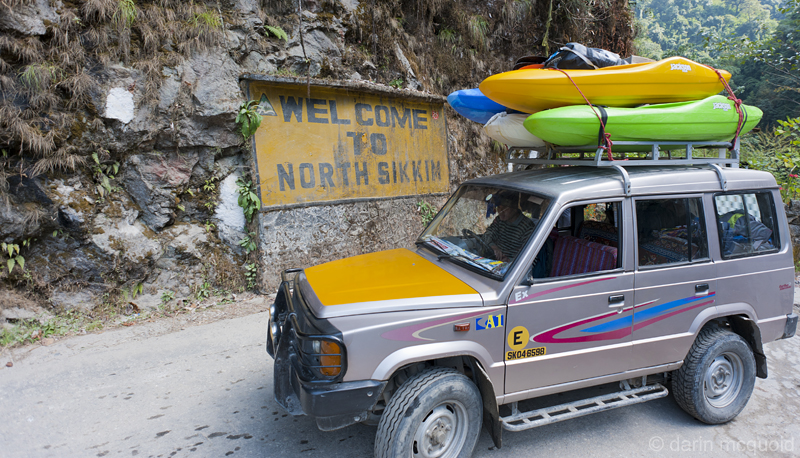 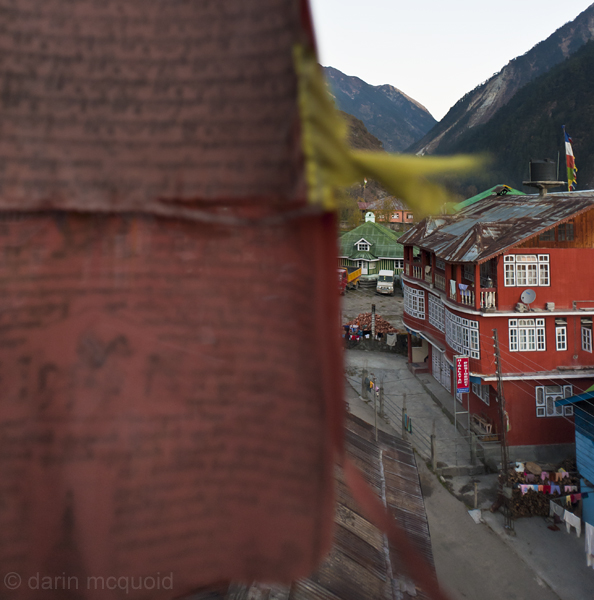 Rarely have a seen rivers too steep to run. Let alone flowing around ~1,000cfs at low water. Look for the jeep in the middle to give it perspective. 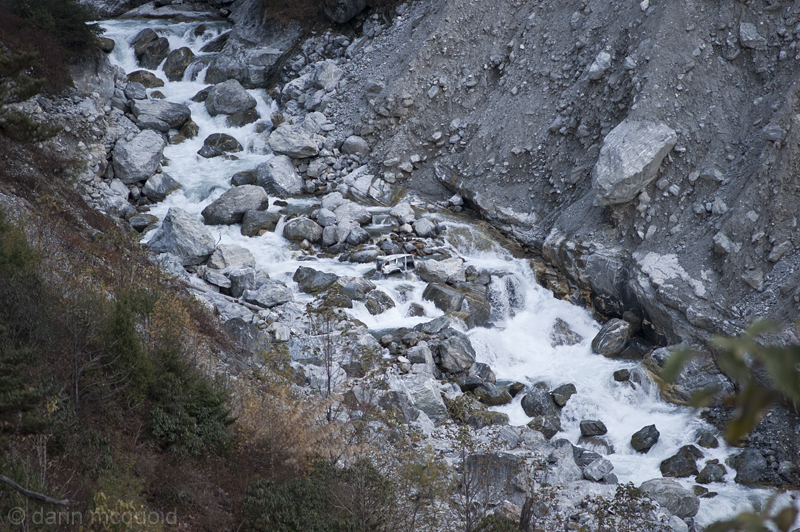 Hoping we'd be able to pick off a section above, we pushed as far up the watershed as was politically possible. No foreigners allowed past Thangu, our put- in at 14,000'. 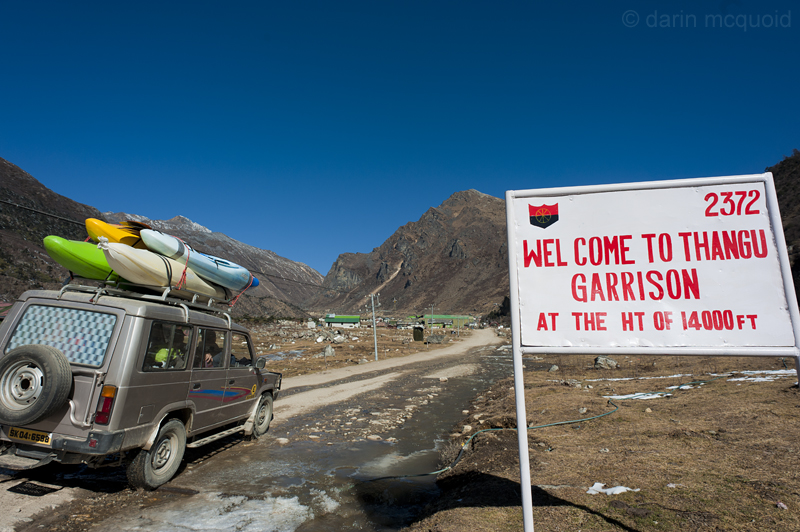 With nearly a week of non-stop travel behind us and ice on the ground we were both completly exhausted and ready to get a taste of whitewater on the Teesta River. To be continued in Teesta Two.