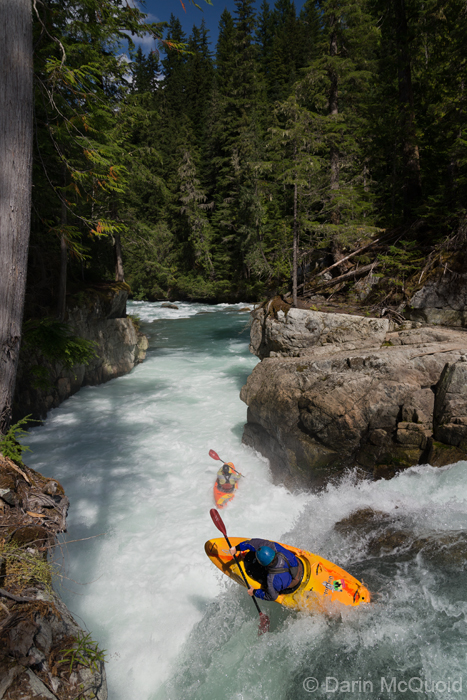 If  I was to design a "backyard run" it would probably be a lot like the Upper Cheakamus (Check-a-mus). This river is not only the perfect after work run, but so damn fun you can run laps all day. Located just south of Whistler proper almost two miles long, the Upper Cheak drops around 135 feet per mile. There are not a lot of photos of the river as it's very continuous and too fun to stop and take photos. The only glory boating here is at the put-in, the rest is pure soul boating. A few years ago a high water event at put-in blocked the main channel and forced water into a new channel. Normally this would create a big mess, but here it formed a nice ten foot falls that is great as long as there is enough water. 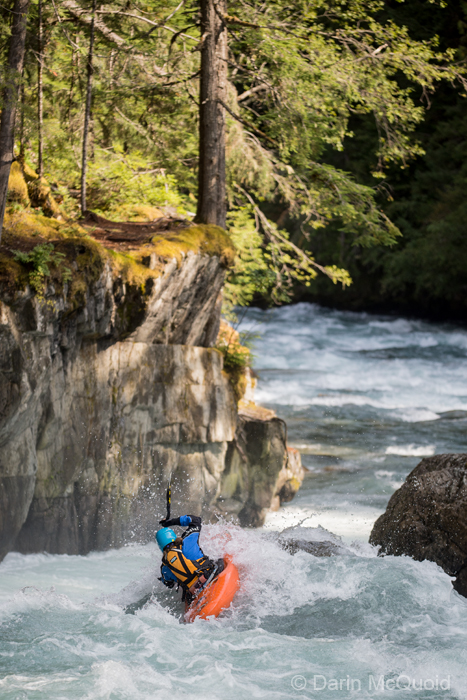 Diane Gaydos at the put-in falls. 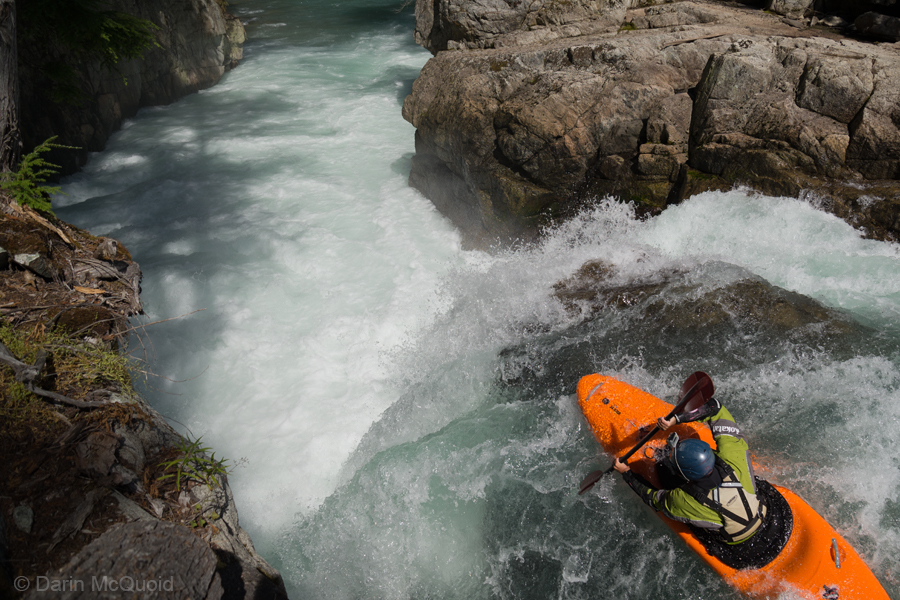 
Below the put in falls (it's easy to put in below them) the river is non-stop III-IV action for two miles, with one rapid verging on V in the middle. Just enough to keep you on your toes. As we lapped this run over the week at different levels I became amazed at how good it is. It's scary the first time because it feels like something major is around every corner that you can't stop above, but over time it's more fun and less stress. Even so on following laps moves are defined enough to remain interesting, there are fun eddies and hidden boofs to hit. Above three meters on the gauge it's very exciting and more class V as a swim would be unpleasant and probably result in a lost kayak. On the other hand it took us just over ten minutes to do the run at higher flows. The Upper Cheakamus is simply a river that words and media can't do justice to; even though it's short and roadside I'd consider it a bucket list run for the pure fun factor. 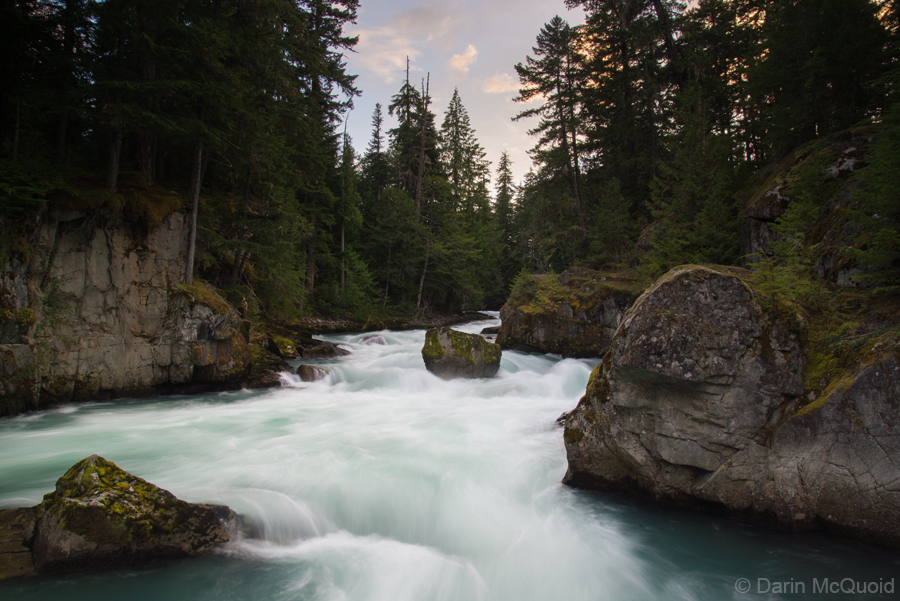 Looking upstream from take out. 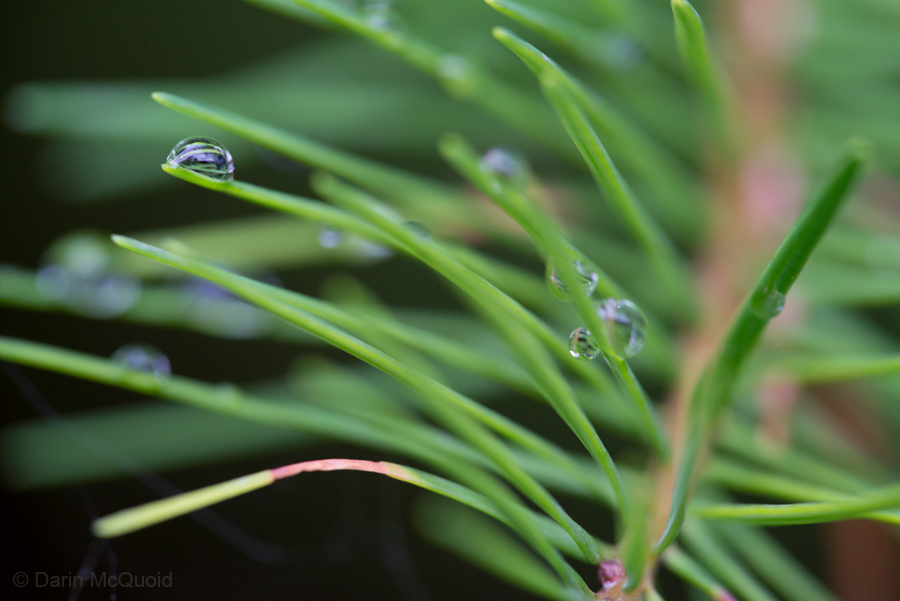 
Before the Olympics came to Whistler the Upper Cheakamus take out was the spot to camp. Now that the athlete village turned private home complex is just a hundred meters away...surprisingly it's still friendly for camping in 2013, but no idea how long that will last.

Take Out: House Rock Parking Area. From Highway 99 heading South out of Whistler turn left onto Cheakamus Lake Road. Ignore the immediate parking lot on the left and proceed to the first left turn before crossing a bridge. Immediately after the turn stay right and cross the river. After crossing the river House Rock Parking Area is the second left and has a large parking lot and grassy area.

Put-in: From House Rock Parking Area turn left on Cheakamus Lake Road and go upstream, just a short ways after passing Logger's Lake trailhead on the right look for the sign covered with kayaking stickers on your left. If it's a nice warm day there are fun rope swings up at Logger's Lake too.

For video the Upper Cheakamus is in Daniel's WA/BC 2 video.

Camping at the Callaghan take out.