We wake up on the beach to a beautiful day. The ocean in front of us, but turning around we get a mountain view that takes a moment to soak in.
What a view while sitting in the sand. 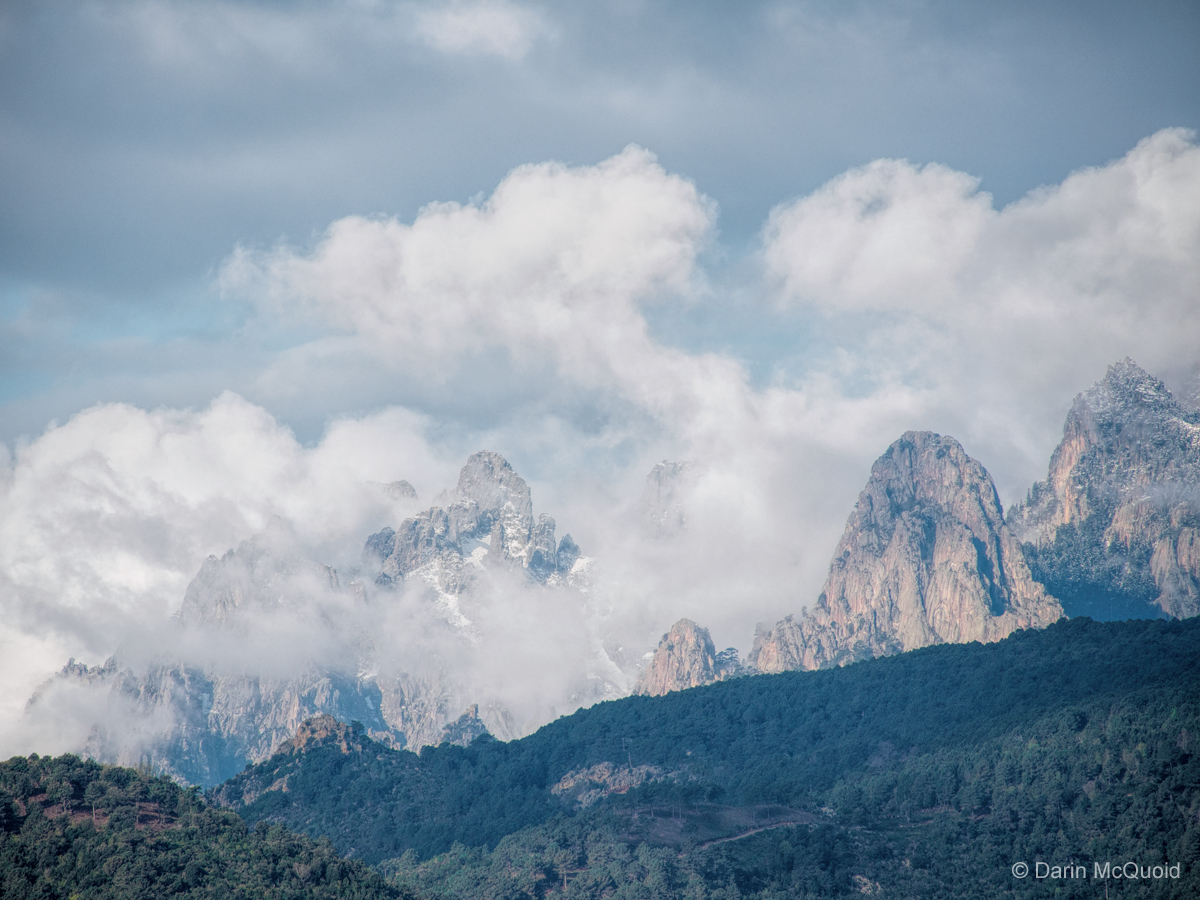 As we get breakfast at a cafe our new friends check flows and decide that today is probably going to be a wash. What we're hoping to run, the Codi, is too low. While they research options we decide to tour Bonifacio, which may be the most photographed town in the Mediterranean, which is saying a lot. 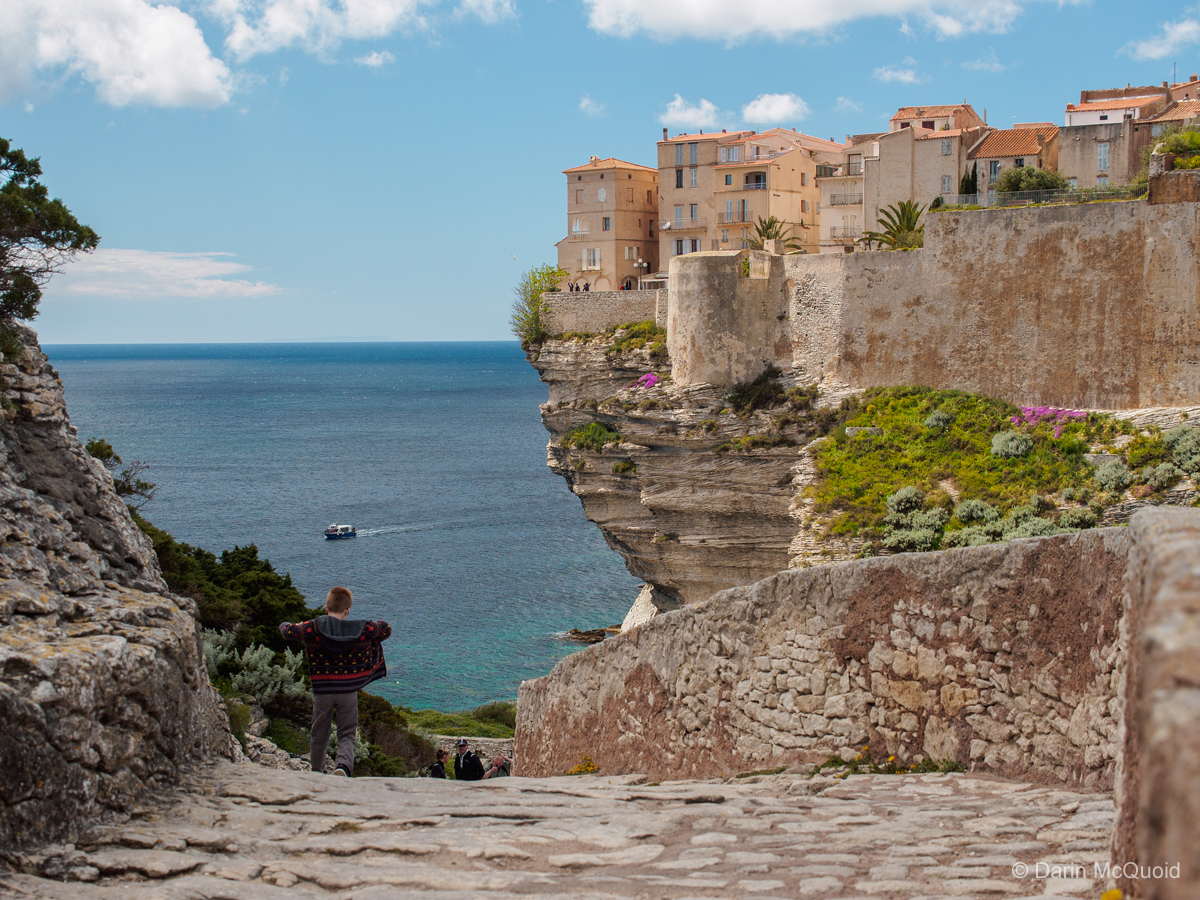 The sea color is hard to believe at times. 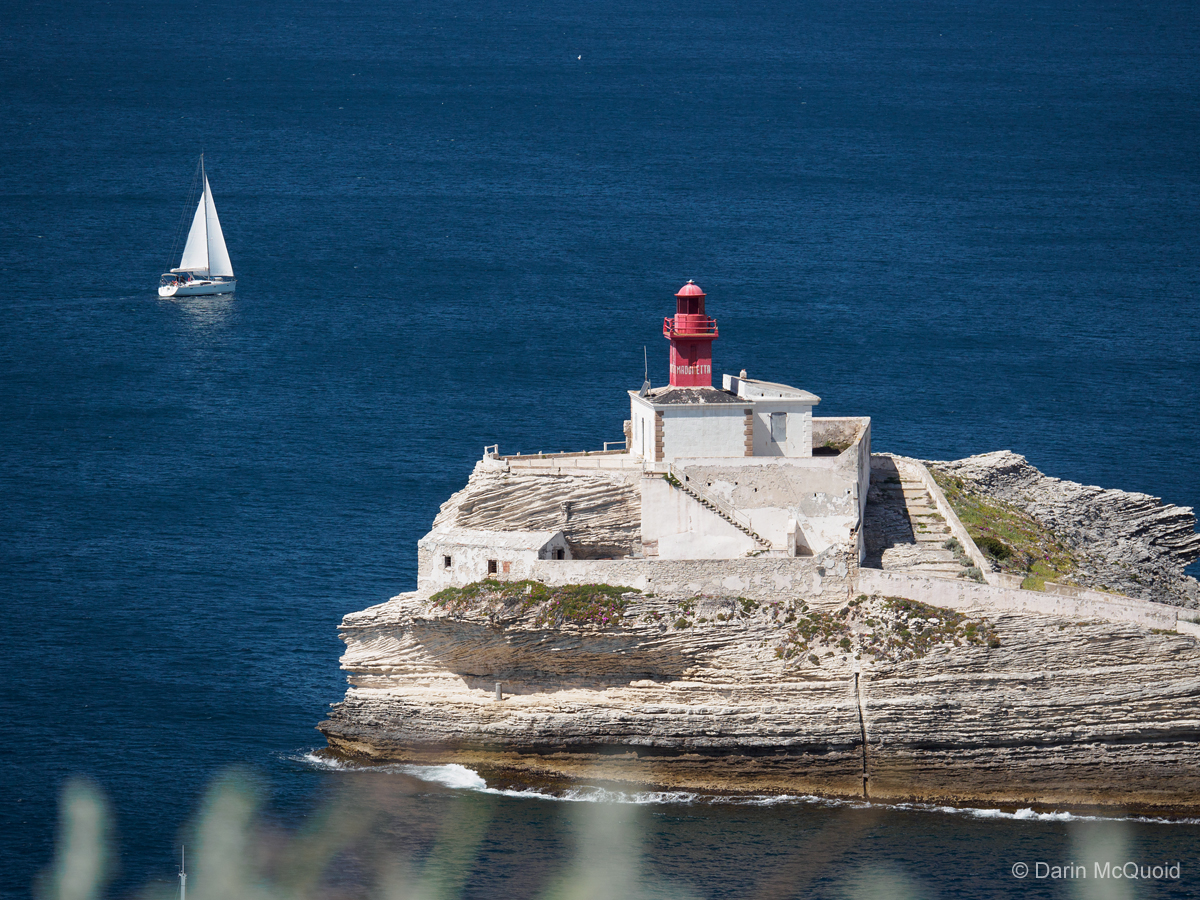 The architecture is interesting as it spans a few centuries. 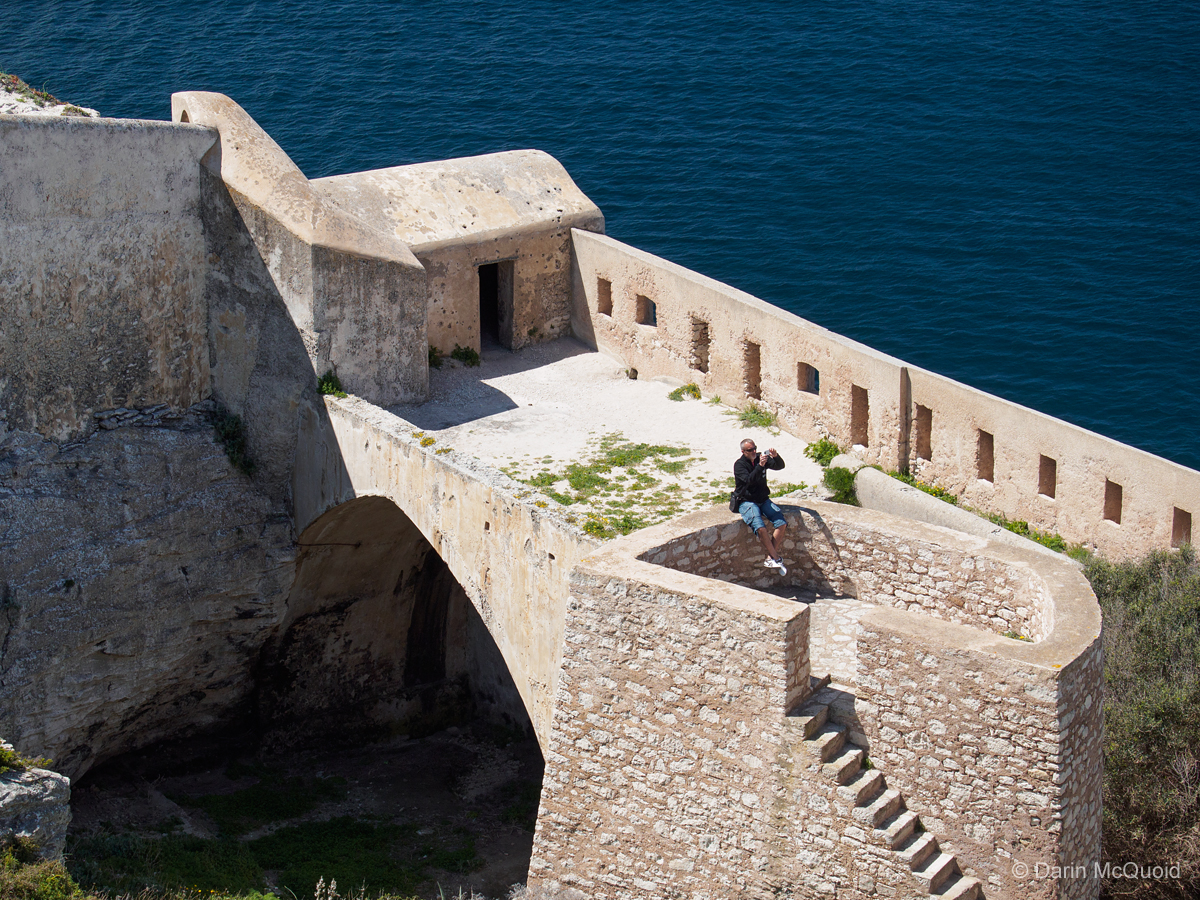 This ruin looks like it's been here a while. 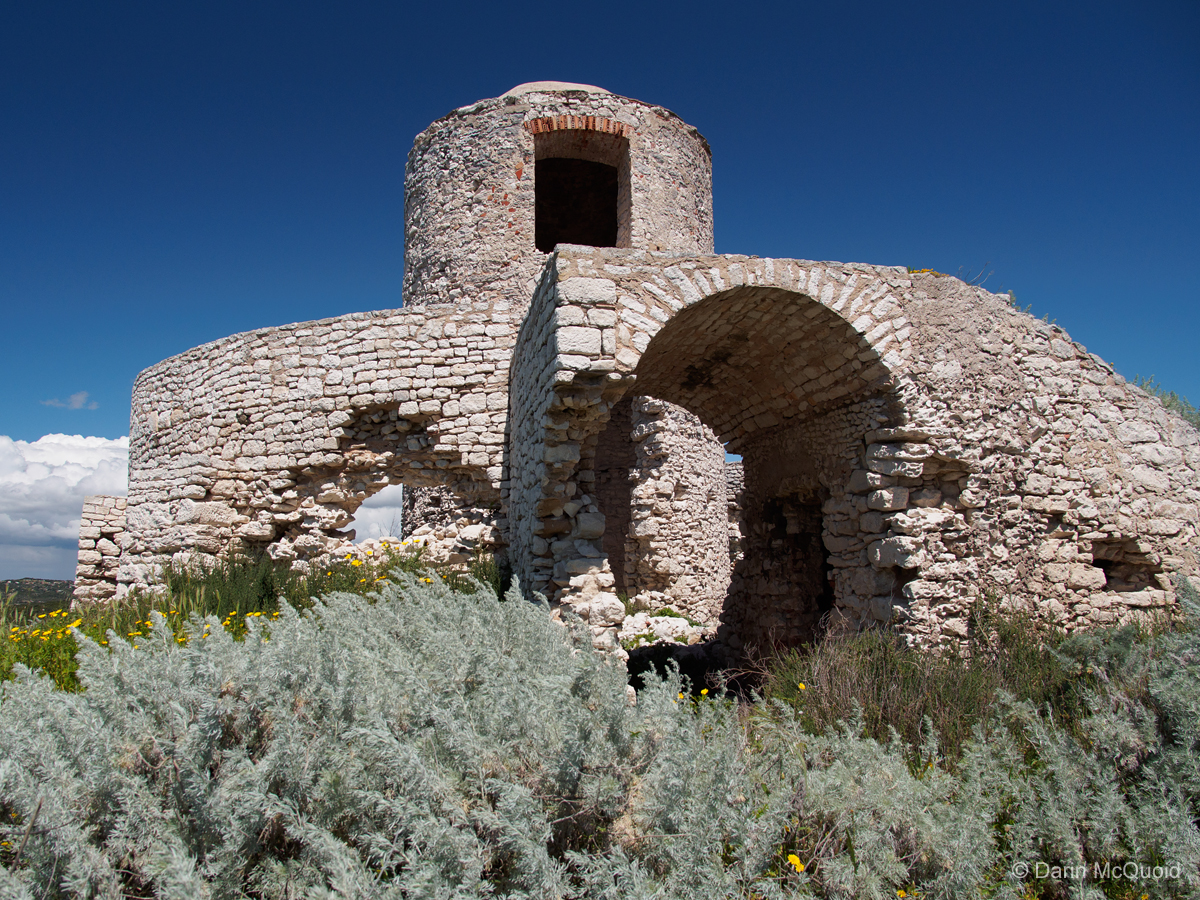 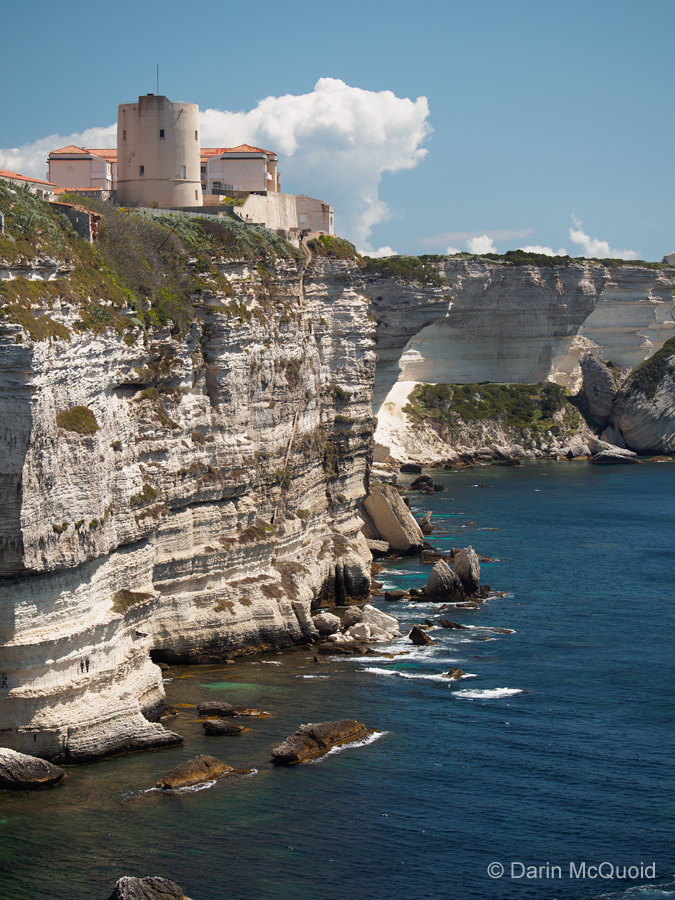 If you look closely you can see our car and kayaks on the way out of town. 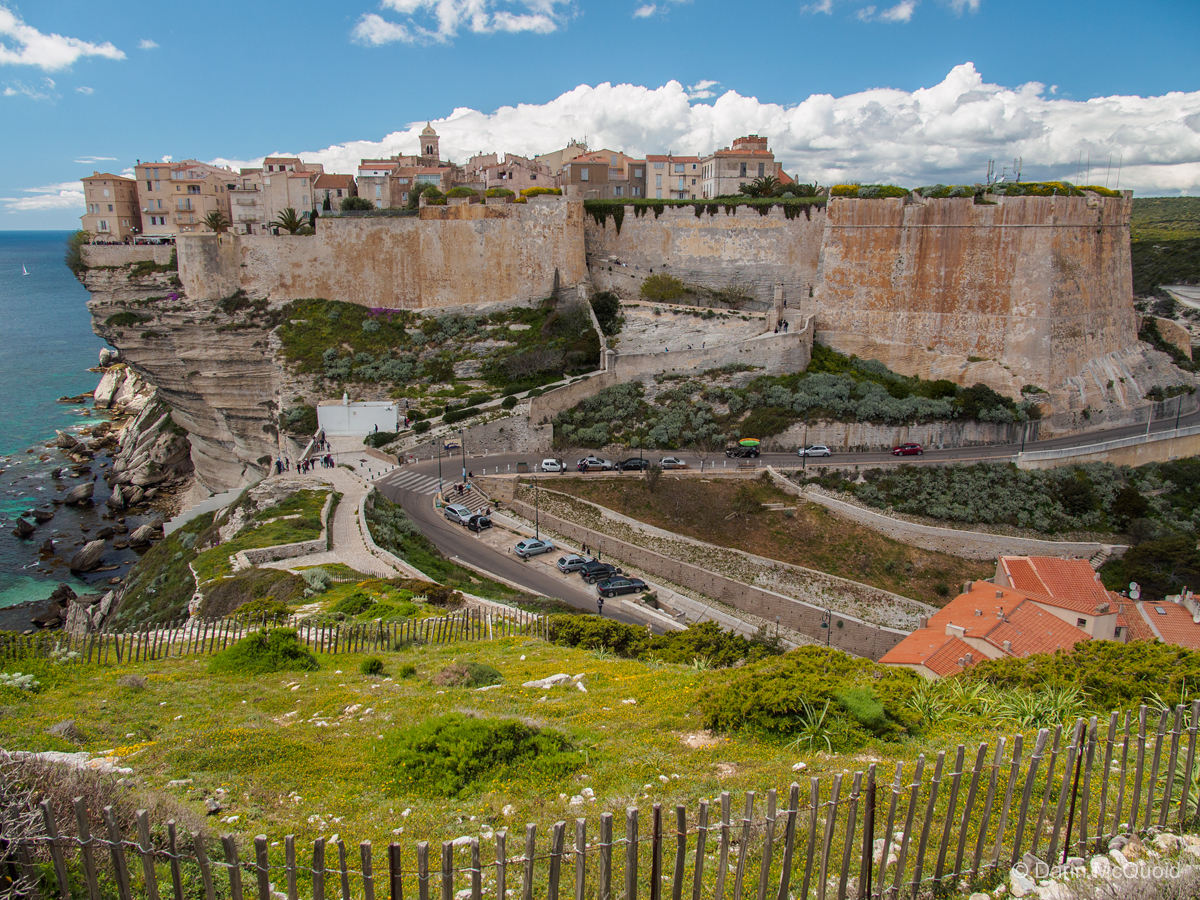 While we were being tourists, the judgment on Codi flows was rescinded. It was low but would still be fun. Apparently wildlife on the Codi can be an experience worth remember, just watch this video of the now famous Codi Cow.


I hop out for a quick scout of the first drop, Paul Gamache probes as Michael Wutti looks on. 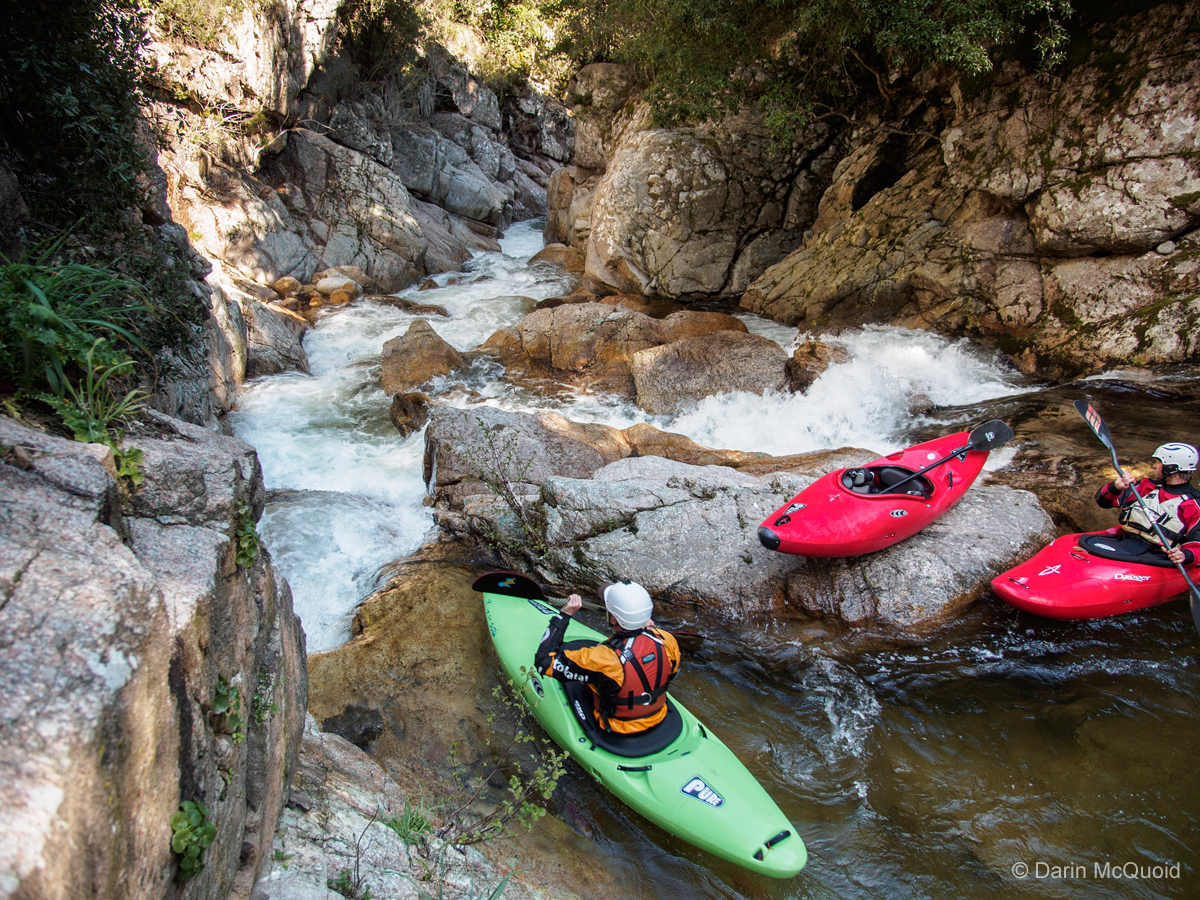 It's micro creeking but fun, we make good time read and running some fun rapids before we're all out to scout. It's an interesting drop, a nice slide to freefall, but the river makes a turn in the bottom and the right wall is undercut.

Daniel Brasuell with a focused look. 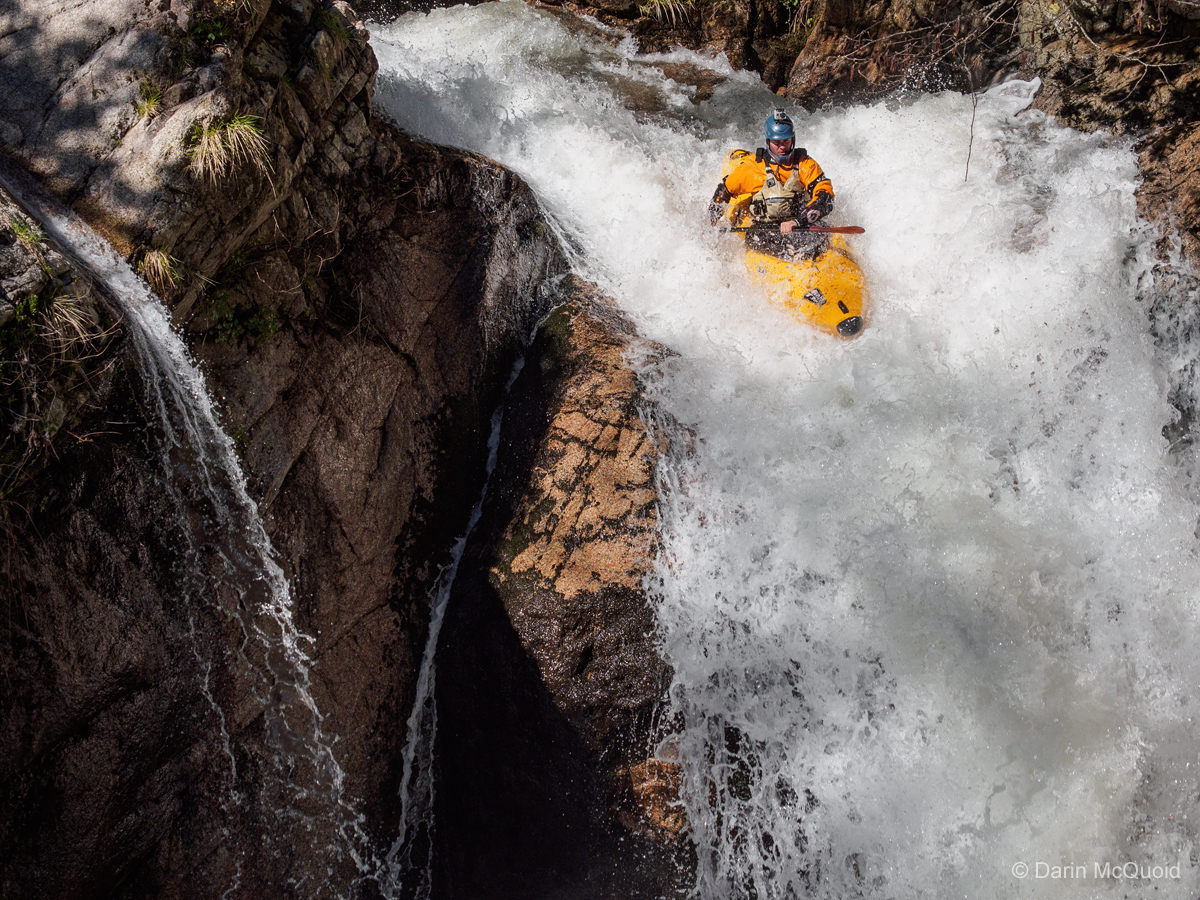 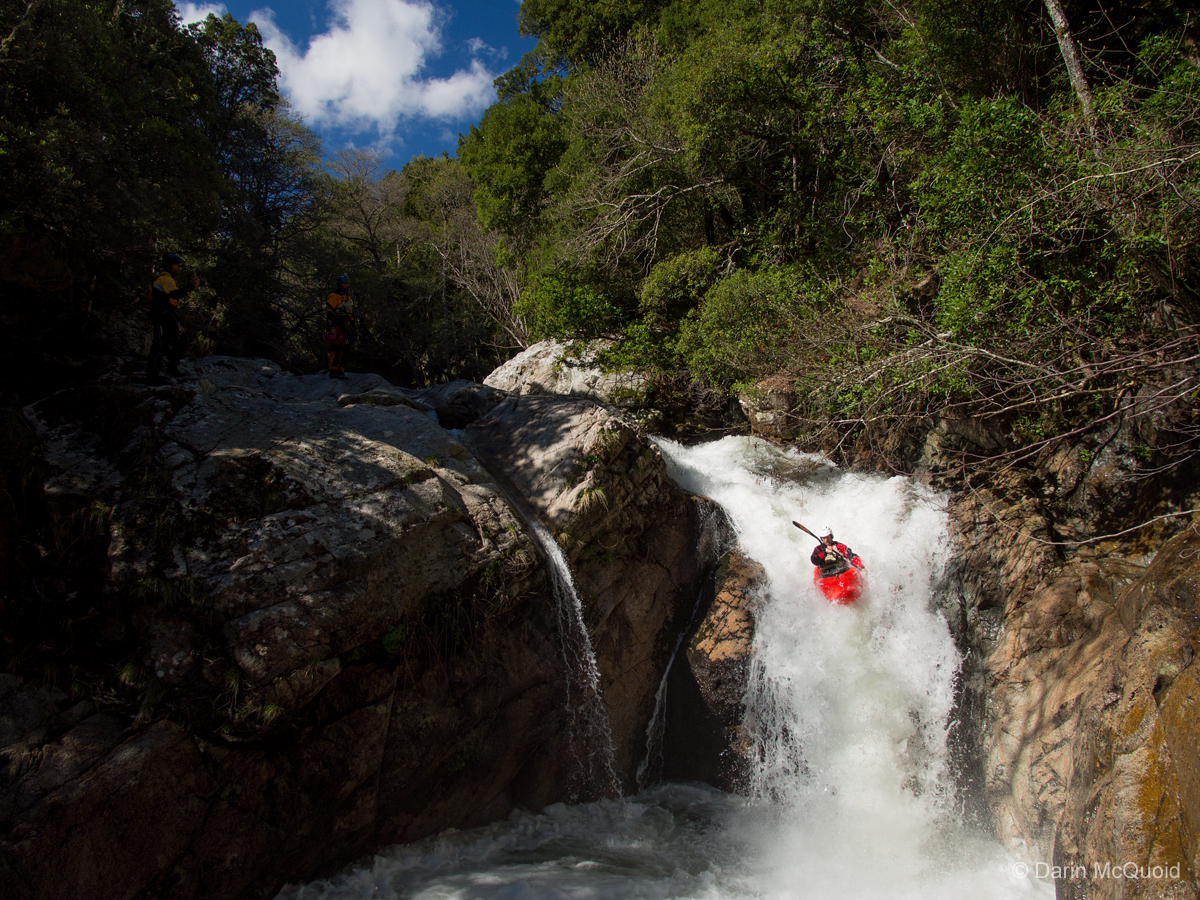 Somewhere in the middle we portage a crack, then good bedrock continues. Michael Stromer enjoying one of the better ones. 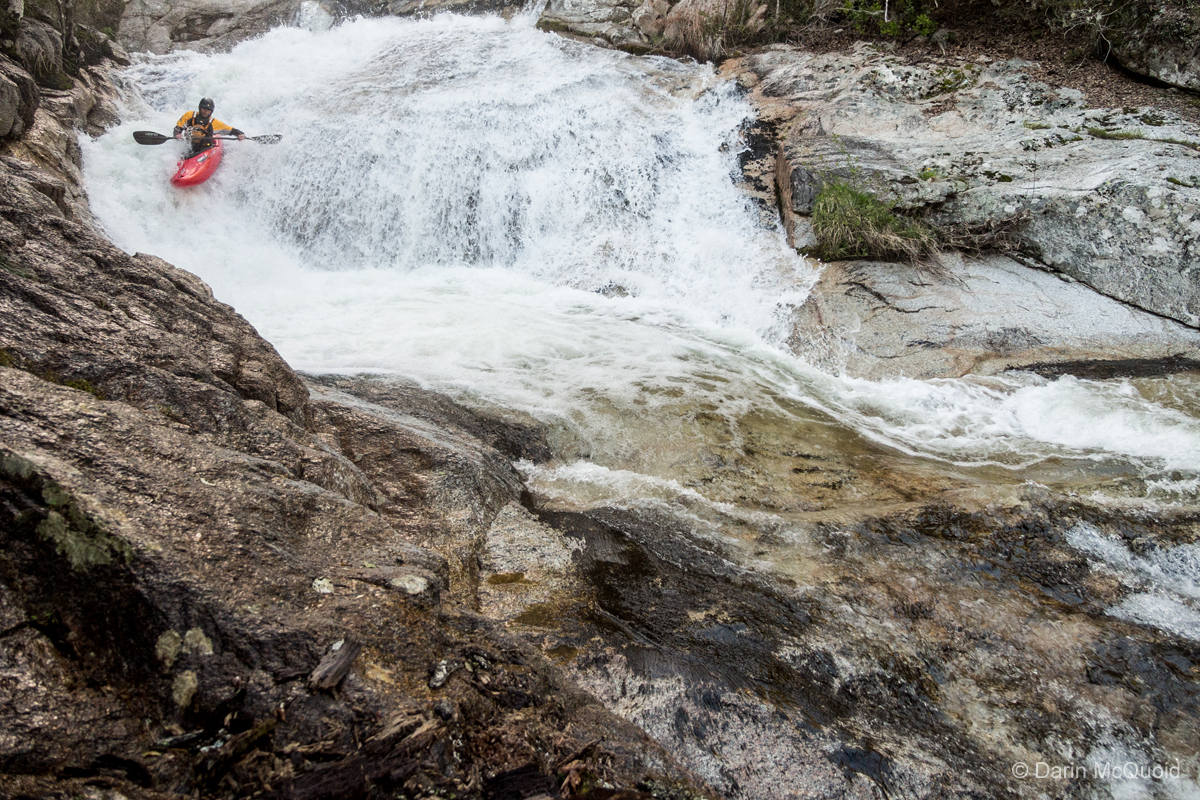 Paul Gamache heads into one of the best slides on the Codi. 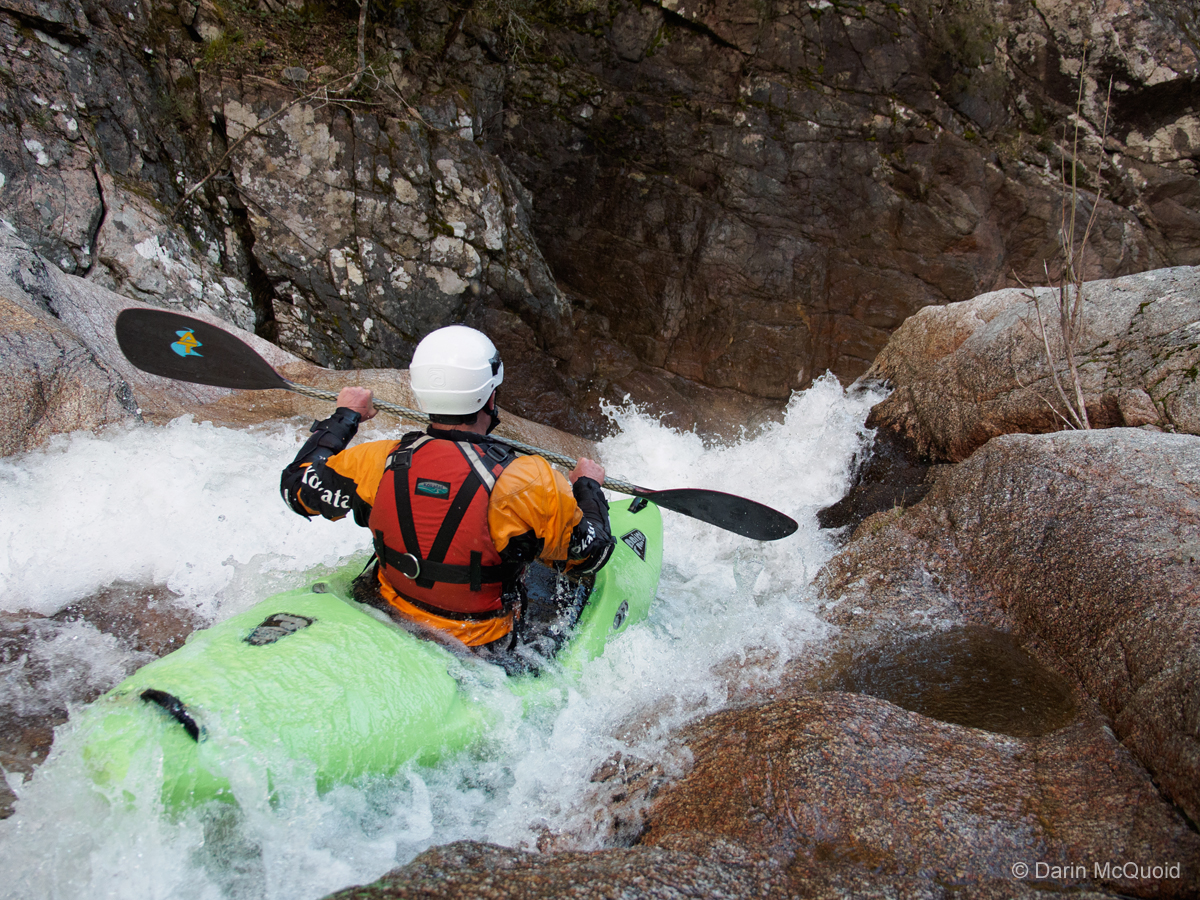 Suddenly the run is over and we're cruising through some low volume boulder gardens with great afternoon light. 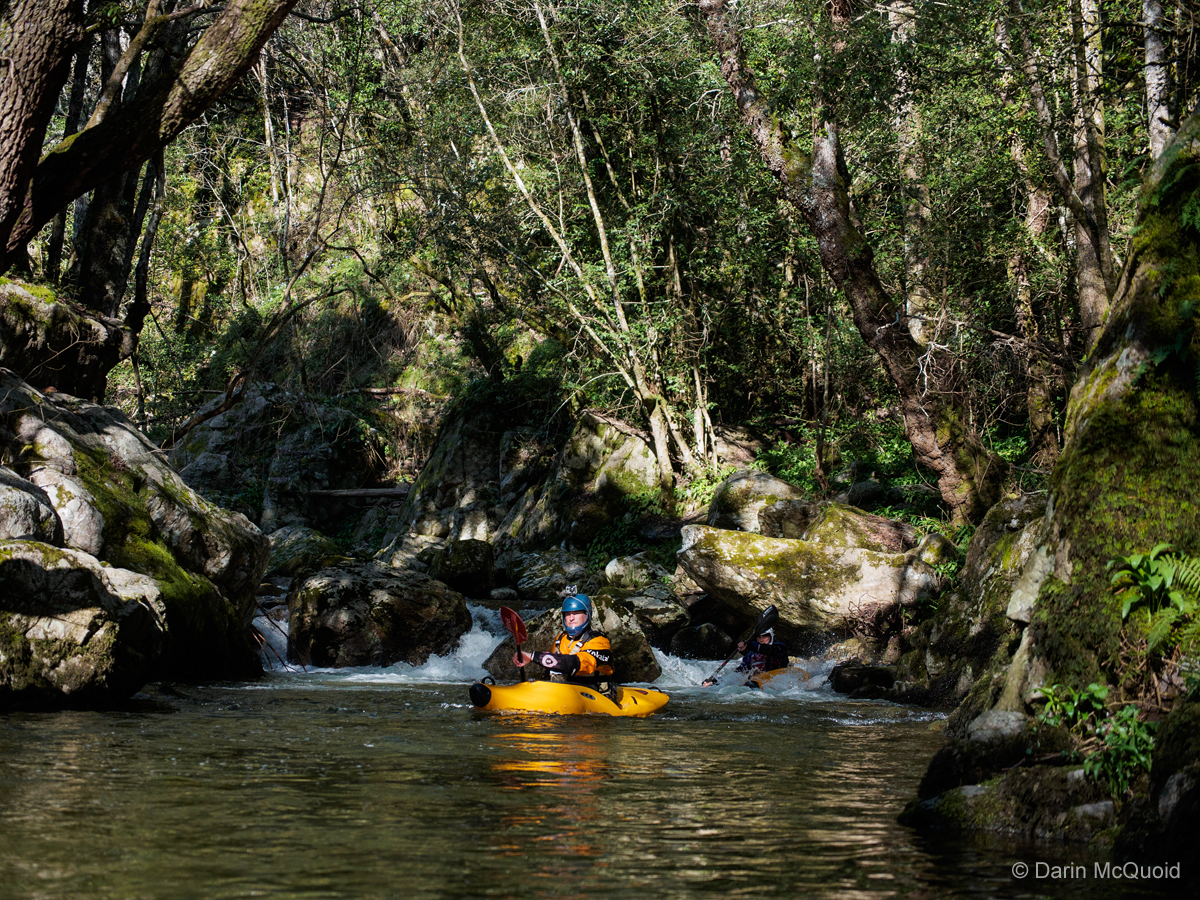 Traditionally the run continues a bit further, but there is a new dam at take out. It doesn't take anything out of the run, but the dam keepers are not friendly to kayakers. That's not too surprising considering how the majority of whitewater paddlers are outspoken against dams. Instead of risking conflict we take out at an ancient mill and hike uphill for five or ten minutes to reach the road.


I wonder if this was built before the arch was brought to Corsica, or did they just have the perfect rock on hand for the doorway? 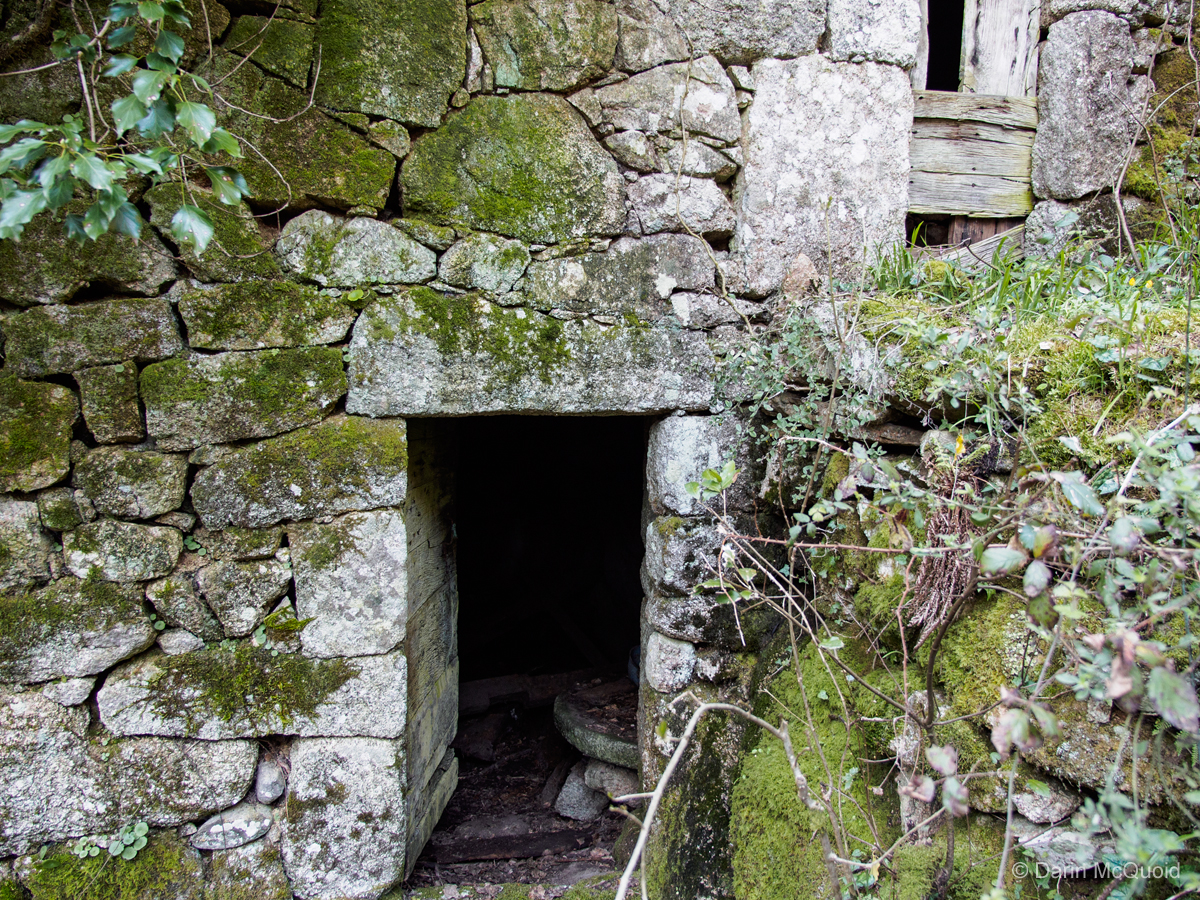 As there is nowhere to camp by the Codi we decide to motor west, driving into the night before finding somewhere to rest our heads. 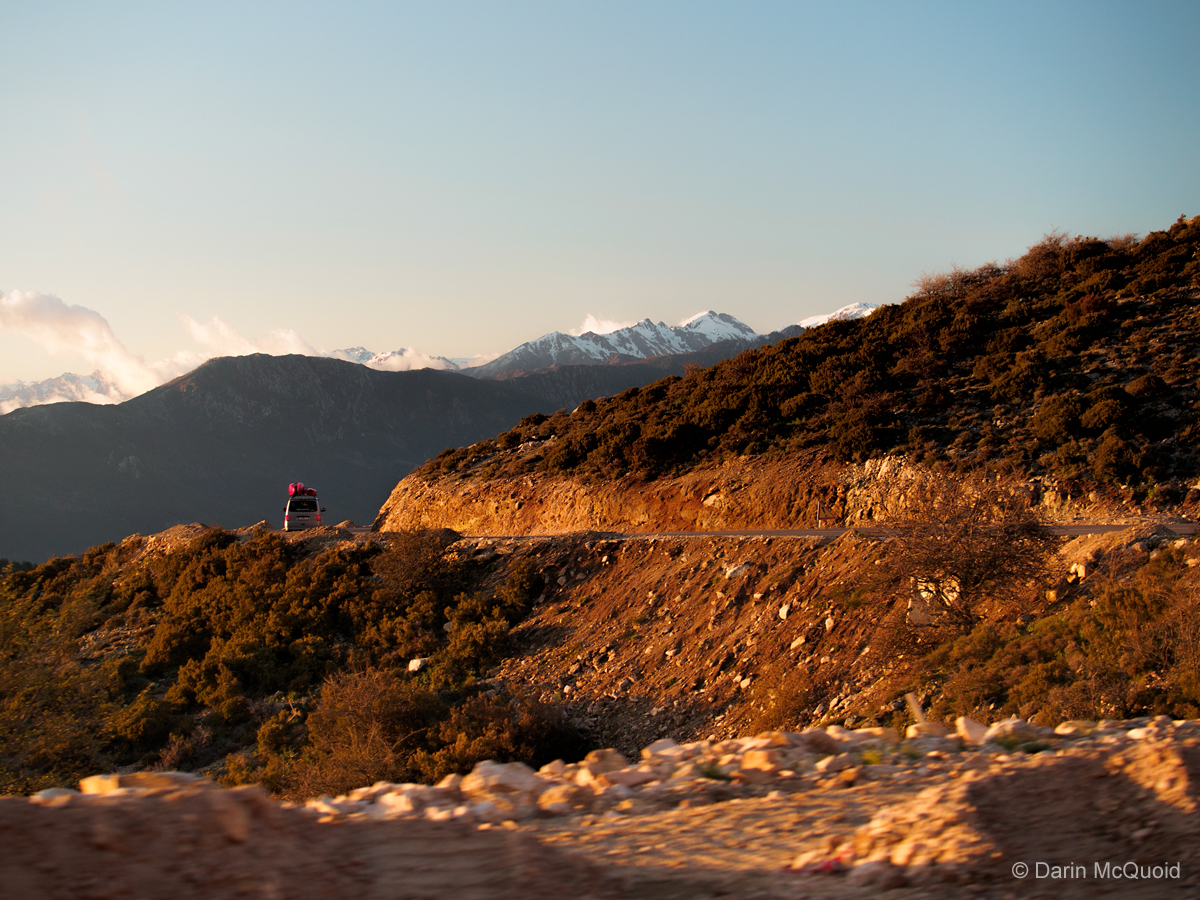