Leg Pond Feeder
V-V+
Elated by  Doctor’s Brook we checked the map and while driving to find more water, ran into some local hunters. Full of both local color and local knowledge they pointed us towards a “Niagara” sized waterfall on a tributary high up in the mountains. Satisfied with the beta we headed deep into the hills next morning, Chris and I struggled to keep the rental in sight as EJ flew down the pothole filled dirt roads.


Scurrying around a corner it came into view and we instantly knew we had found it, she certainly was large. View from about two kilometers away. 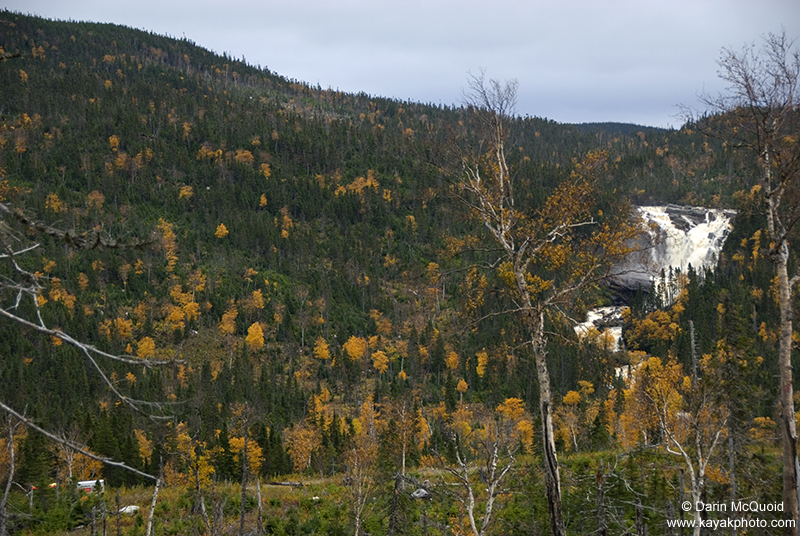 The falls were over a kilometer away and we were surrounded by logging roads. Wasting almost an hour of driving we were back where we had first seen the falls and commenced gearing up, using as much humor as possible to delay changing in frigid temperatures. “I’d better just stay here, the best shot is from the car”.


Eric Jackson showing off his backing up skills (they’re good). 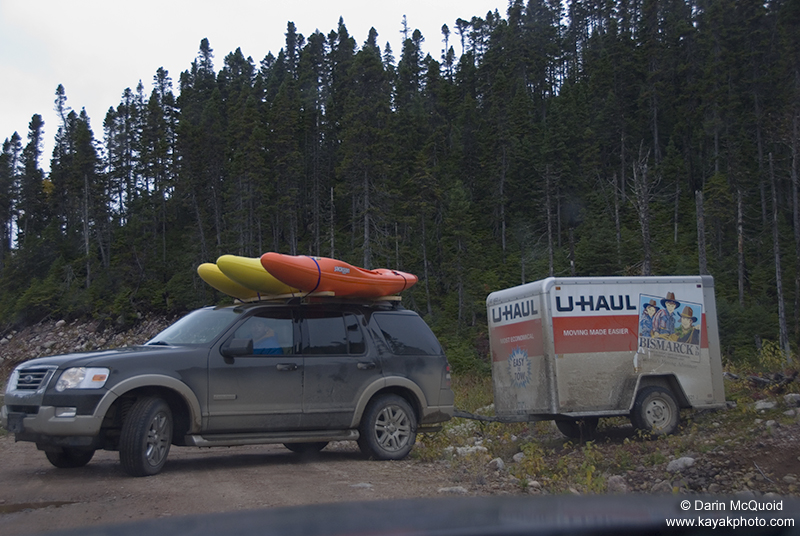 Thirty minutes of hiking through typical Newfoundland “tuckamore” and downed trees had our highly motivated group at the base of the falls. 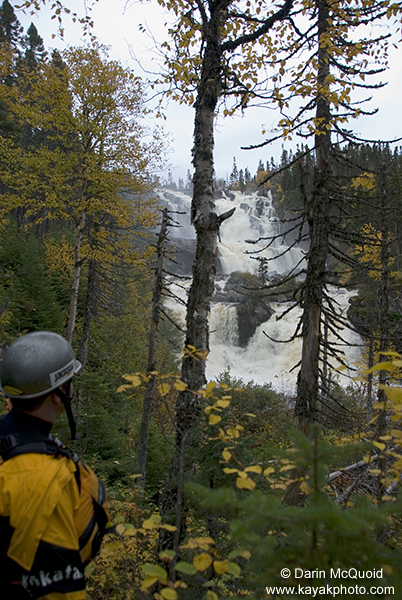 We all smiled looking at the stacked up gradient. 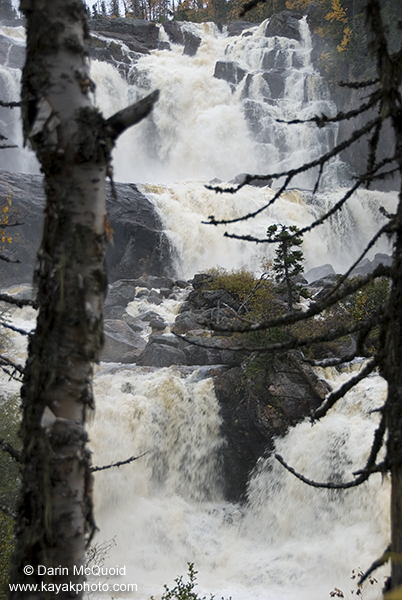 Post drooling over the gradient a quick hike led us to the base of the largest drop. The first big drop looked quite dubious from the road, and once we gained a view of the base our suspicions were confirmed. At most three inches of water was all the padded the landing of a fifty foot freefall. We had high hopes for the thirty to forty foot waterfall downstream, which unfortunately landed on a pile of rocks.


Well at least there was still plenty of gradient left. 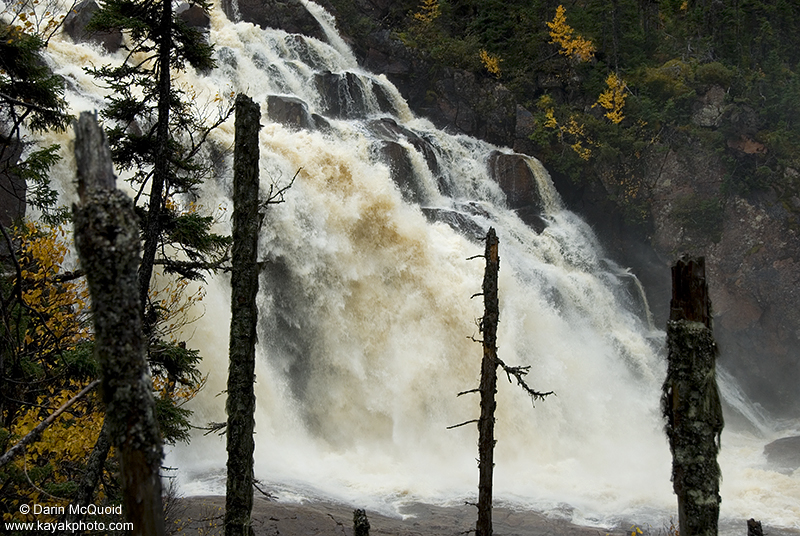 The boys scouting up the first good drop. 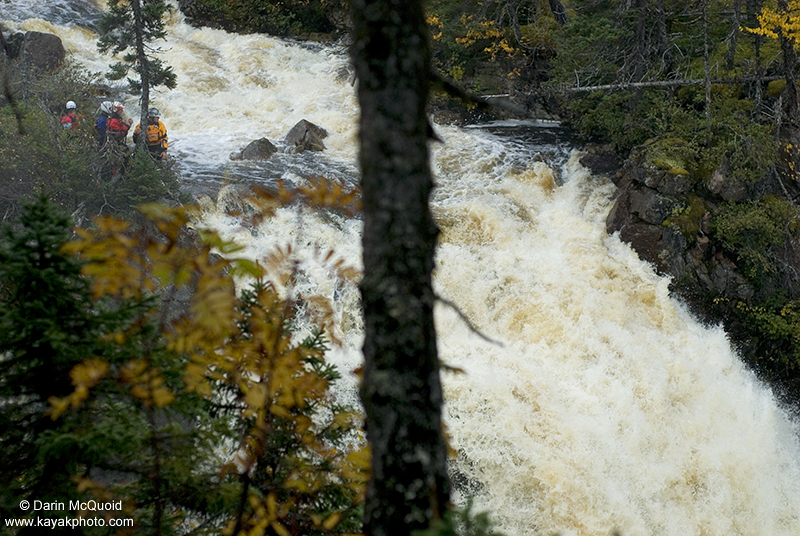 The river split around an island, the right side dropping full force onto rocks, and on the left a nice juicy lead in dropped over a thirty foot sliding waterfall that everyone enjoyed. 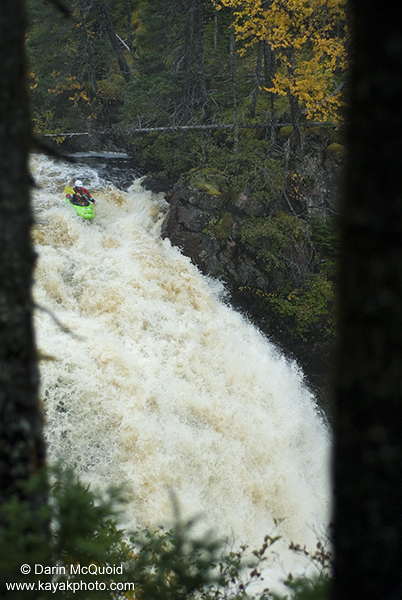 Just downstream was a slide that during the hike looked innocuous enough, but deeper inspection revealed a slide dropping about thirty feet, landing in a big hole on the right and a rock shelf on the left.


Ben opted to probe the slide first, and made a strong left to right move boofing through the hole with no problems. EJ followed suit with a different but equally effective line. 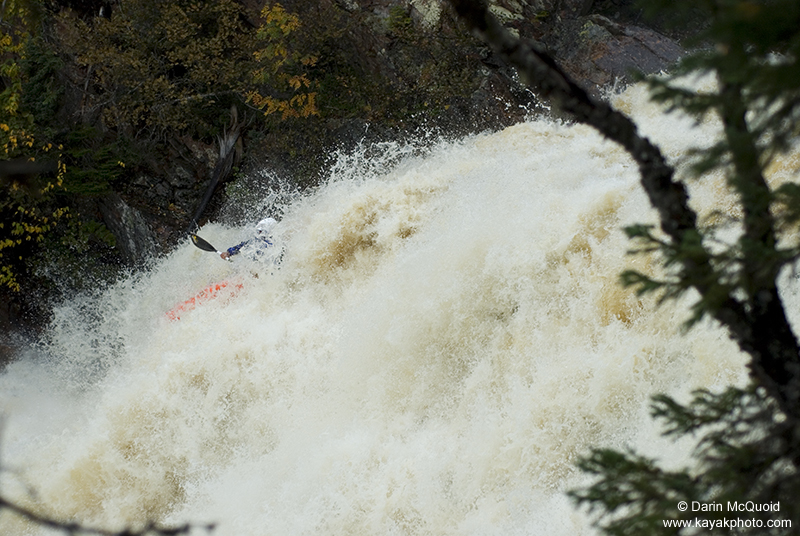 Dane Jackson went next, taking a piton and having one of the scariest swims I have ever been witness too, described in detail by EJ here. All I can say is he is an absolute champion to keep up the good attitude.

Chris and Joel went next, both styling the line and making it look easy. 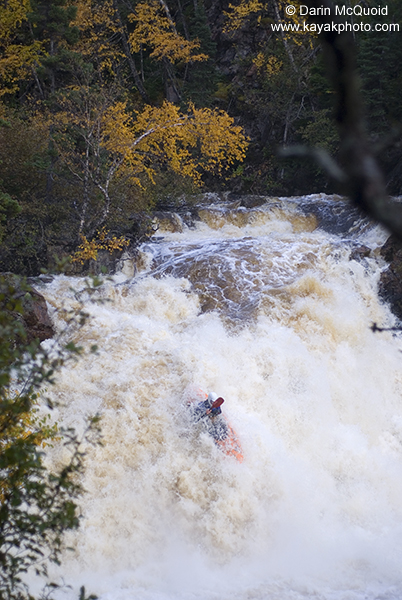 Filming from the top, Nick went last and was pushed too far right and clipped shallow rocks, causing us all to have a minor heart attack as he flipped over, falling onto the barely submerged shelf on the left. Ejecting on impact, Nick floated still in the water for a second before making an attempt to swim. EJ pulled him to shore where he signaled ok, suffering a concussion and sore back. We were all relieved the injuries were so minor considering the circumstances. 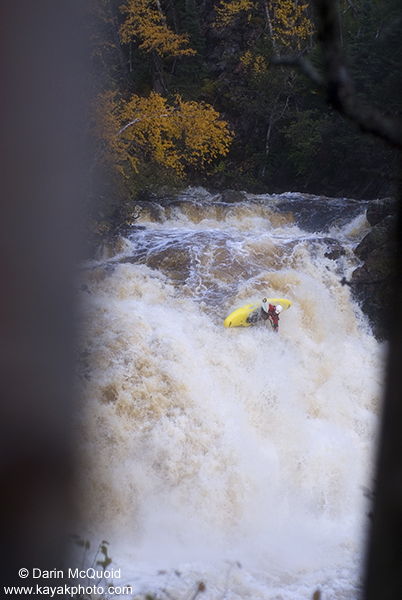 After the rough treatment by Leg Pond Feeder, we started the long drive back out to the highway. Thanks to Nick’s cell phone we were able to secure a flight through Portland Creek Outfitters. A late night drive took us all the way to the small port town of Roddickton on the east side of the Northern Peninsula. Here we would paddle out from our two day descent of the reputed Cloud River.

Some bumps and bruises, but thankfully everyone was ok. 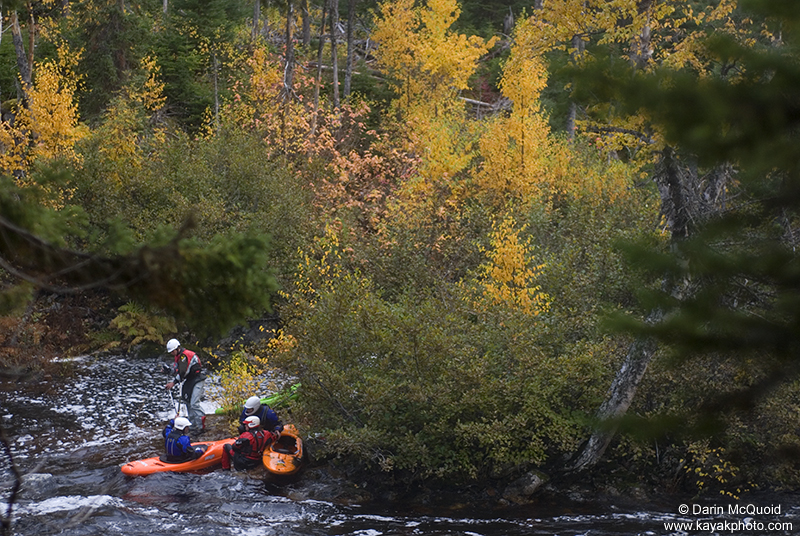