Another beautful day deep in the Rondu 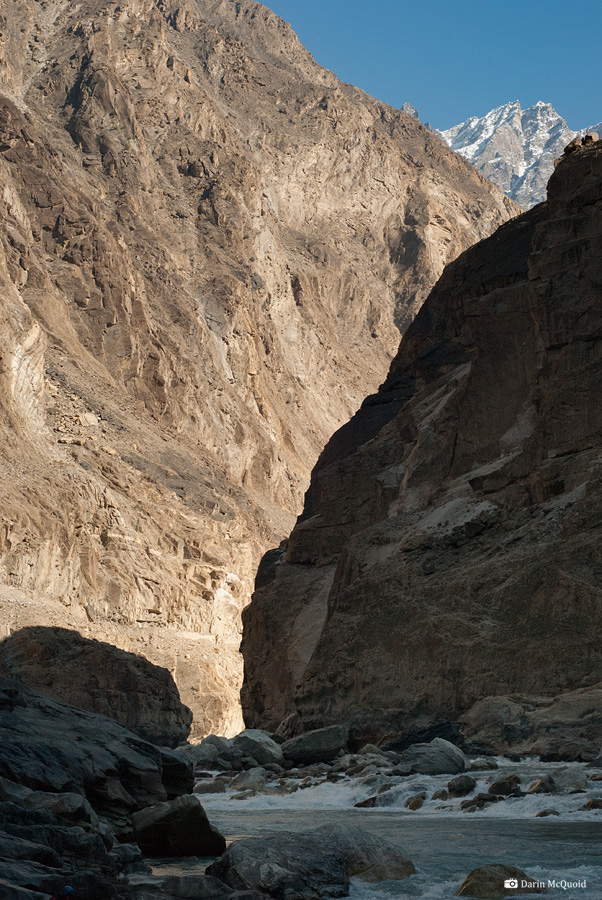 The team was happy to camp on yet another perfect sandy beach by the Indus. Boulders of large proportions littered all the beaches, offering up snug little alcoves for us to sleep in. On the water with the whole team again we ran some nice more cruisy stuff for a few kilometers. 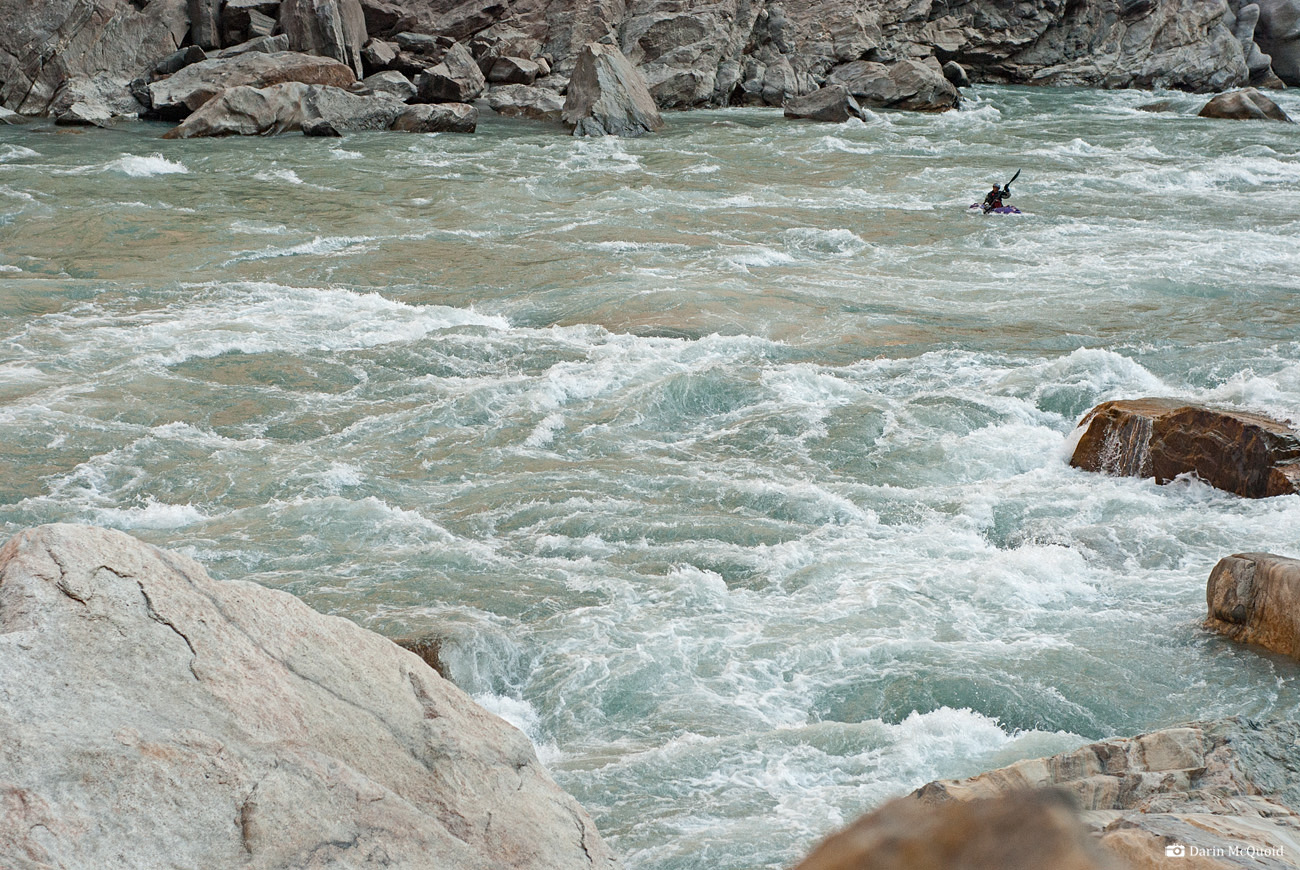 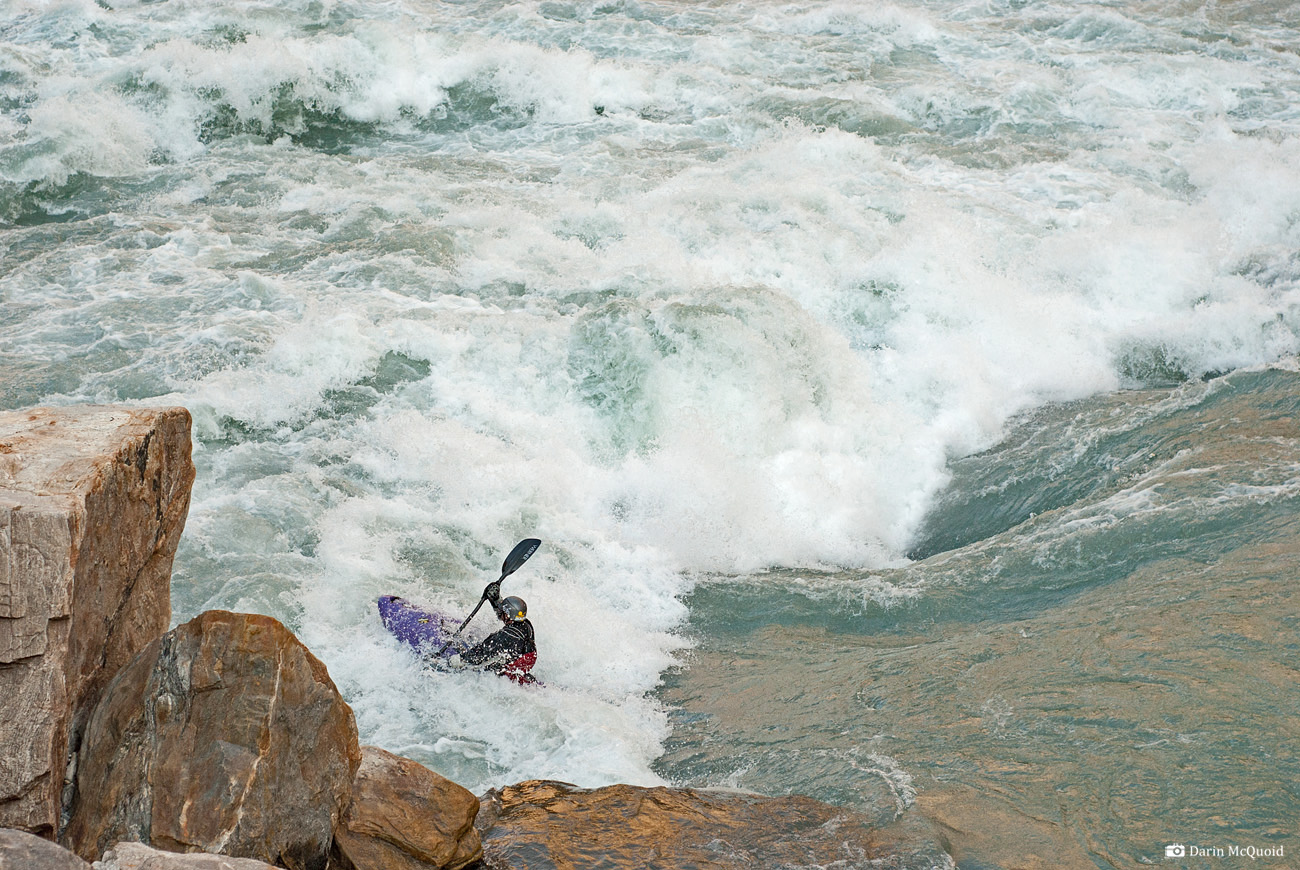 Then we arrived at the first considerable rapid which was, well rather considerable. The main line ran into an absurdly large backed up hole, and there was a "sneak" that sloped down into the hole too...I wasn't sure what the boils would do.


In the name of keeping our portages down, and just being Ben Stookesberry, he fired away at the big sneak line while we portaged. 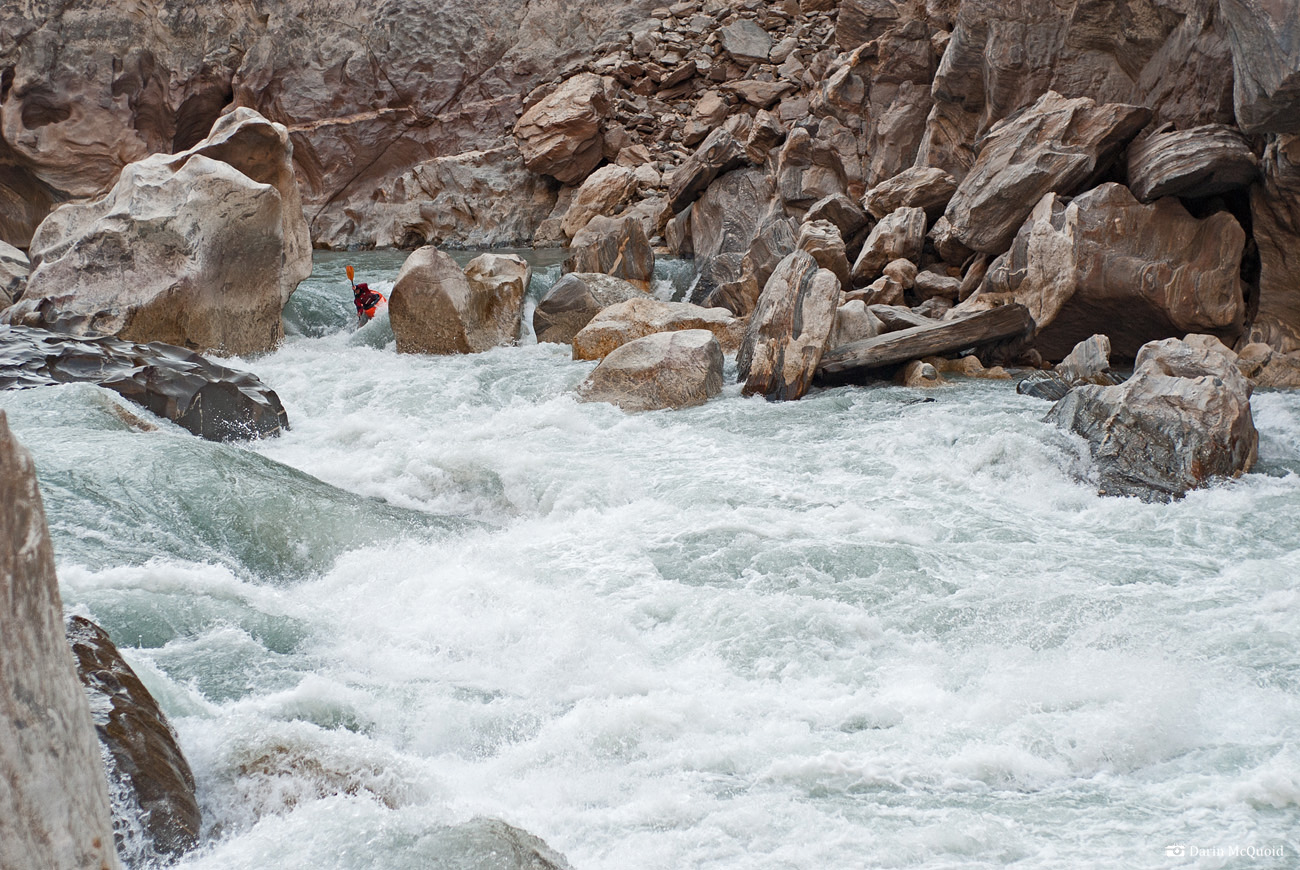 He finishes the above through the final crashing wave-hole. 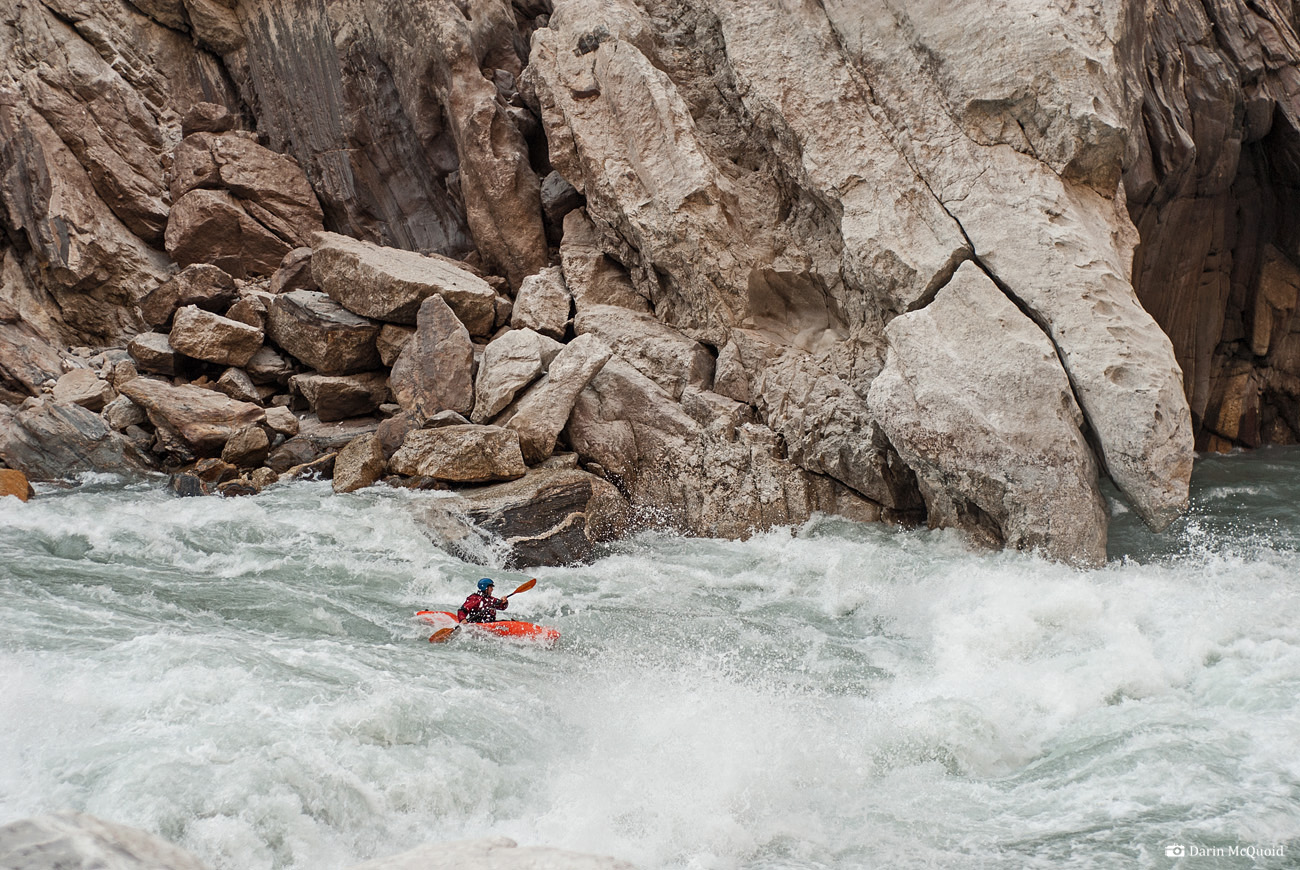 Our day went by quickly as we scouted more rapids and made typical big water "stay the hell away from that hole!" moves. The canyon was deep here, blocking out any trace of direct sunlight.


On a rare occasion I probed this rapid because the left line looked really fun, which it proved to be. Too dark to shoot my long lens, as a rather blurry shot of Phil Boyer shows. 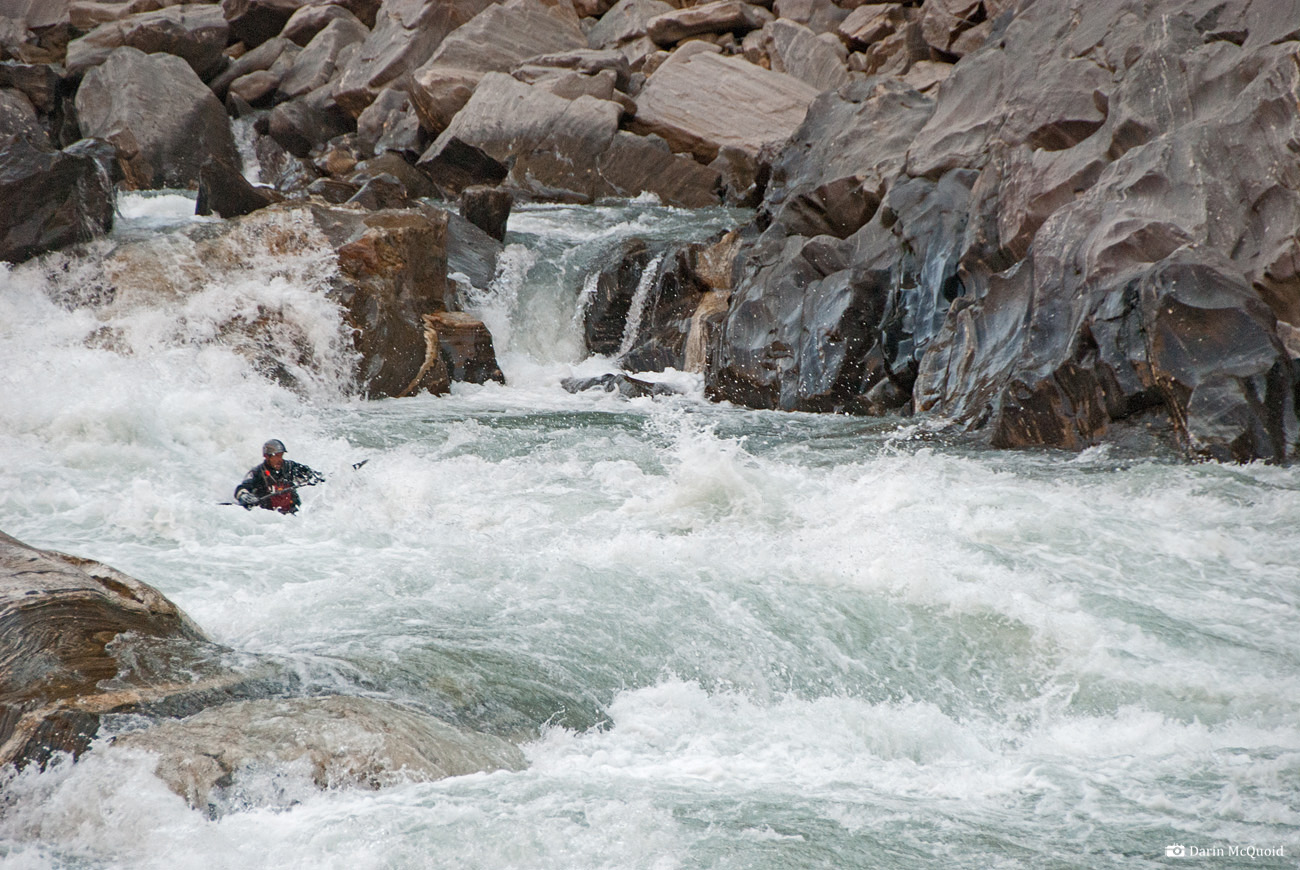 Swapped on the 50mm for a distant view as Chris Korbulic follows down the left, giving it a sense of scale to the above image. 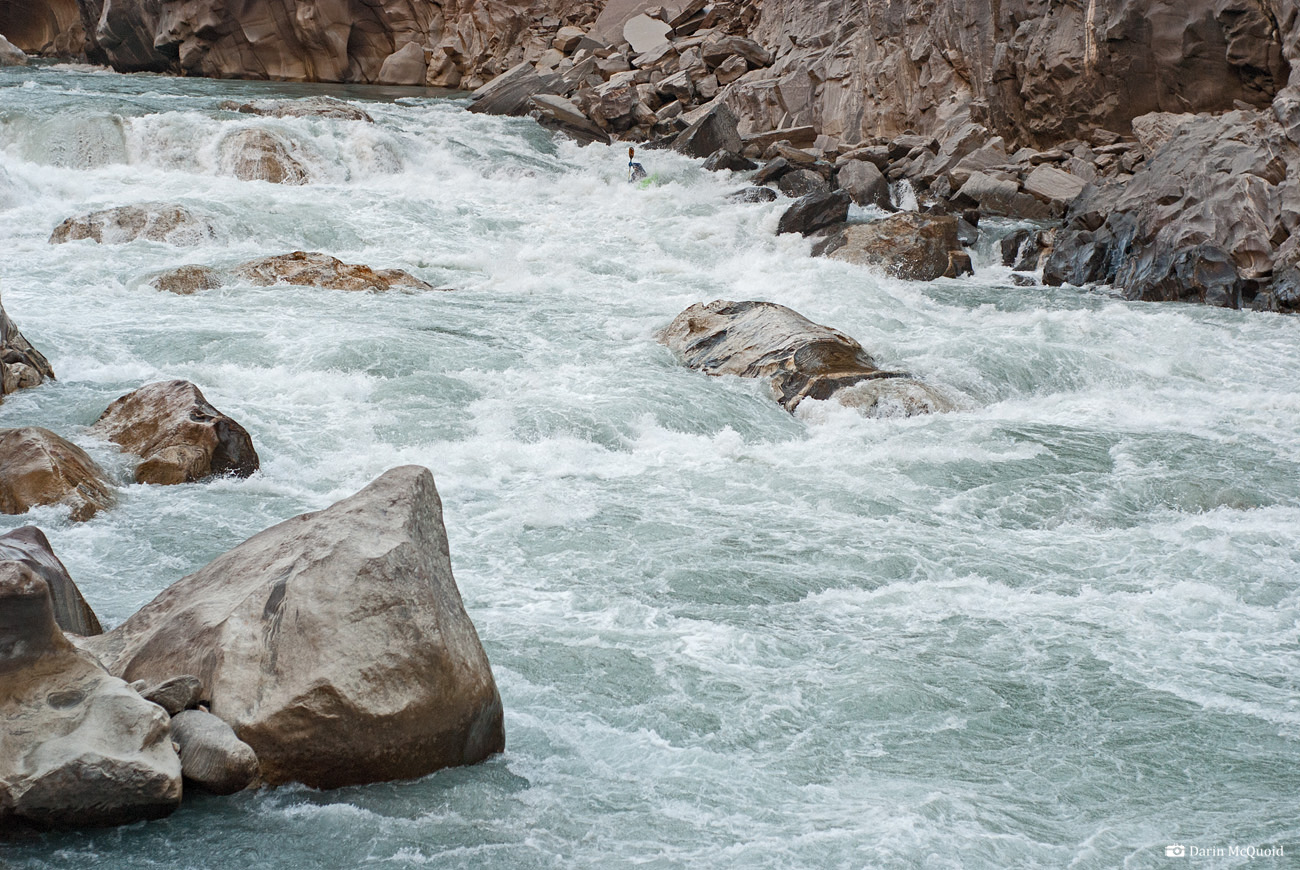 Day twelve was a confidence booster for the team, and we were all starting to feel at home in the big water, and what a place it was to be. 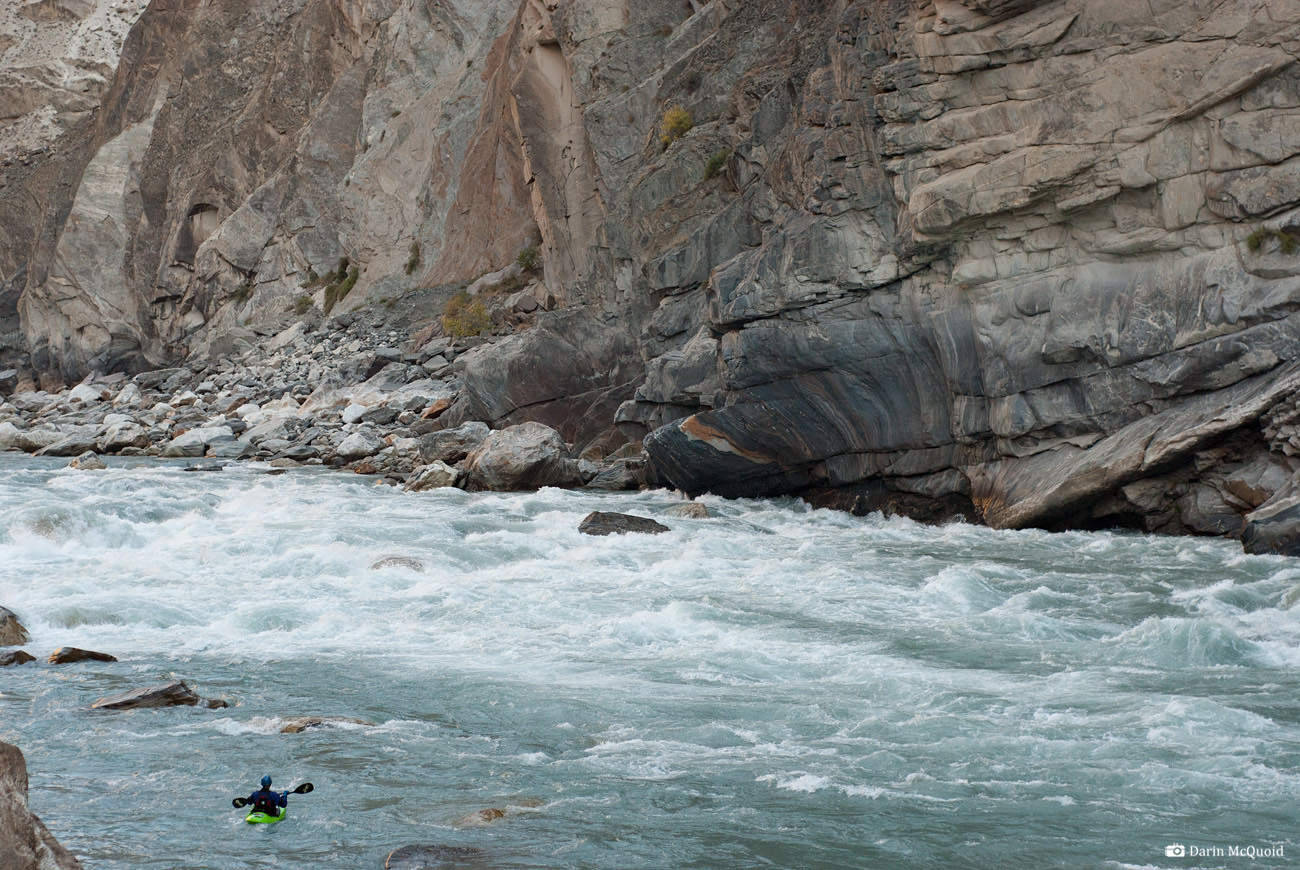 Deep in the gorge we found some of the most epic waves we had ever seen, all large enough to cause second thoughts. We regressed back to grade school and taunted each other with the immortal "I will if you will" wave surfing challenge.


Eventually we all did. 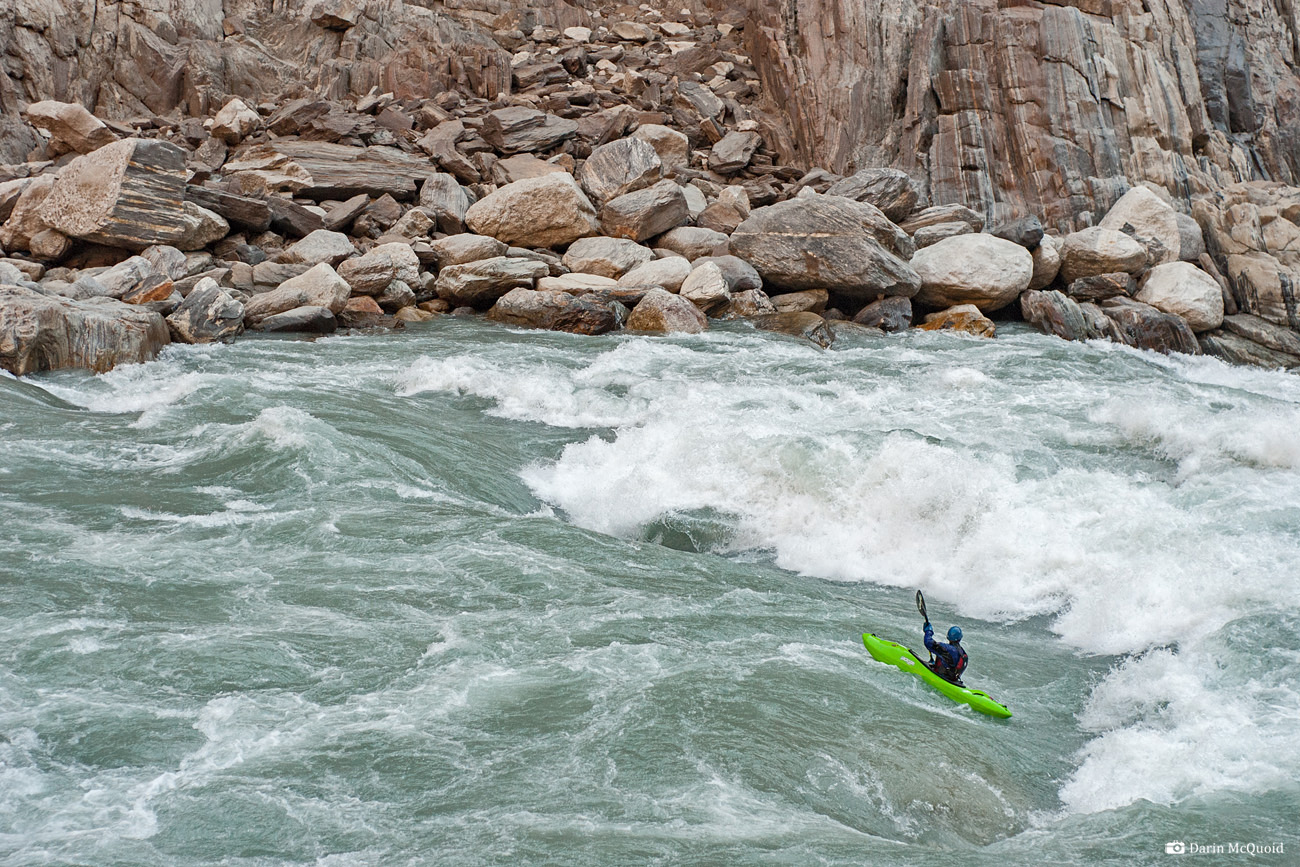 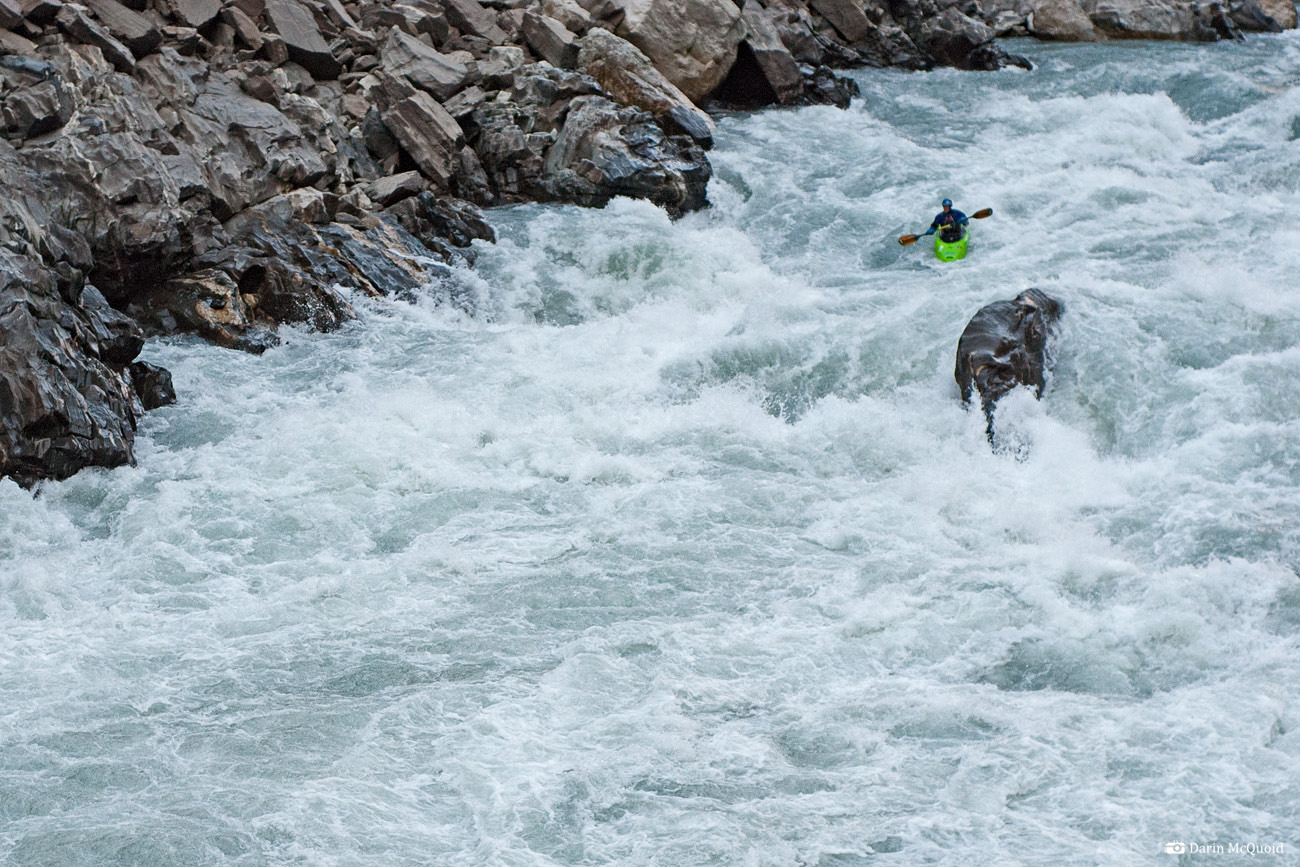 Day thirteen flew by in a rush of cascades full of waves and holes, many hard earned kilometers were paddled in our push for the confluence with the Gilgit.

The Karakoram gave us gorgeous views every day, and this was no exception. 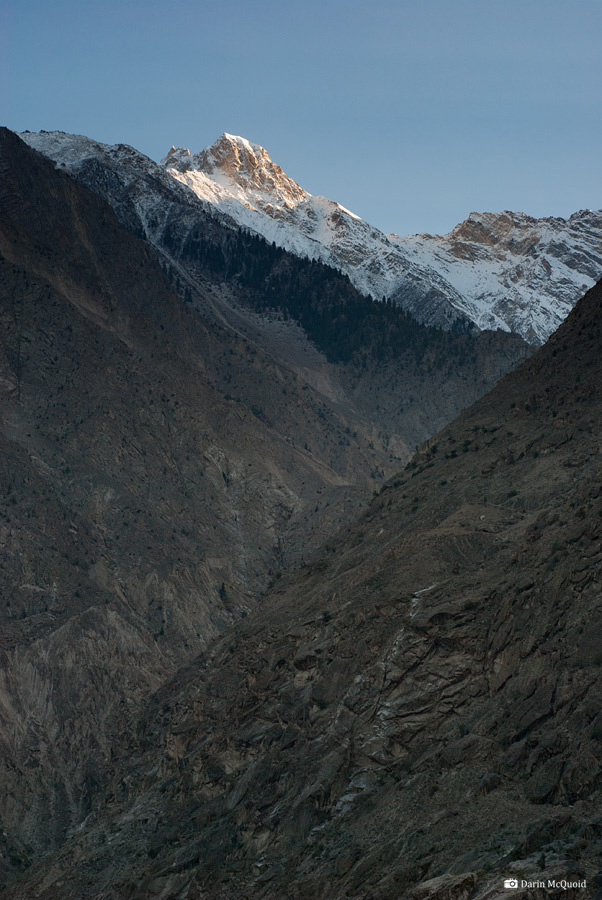