Generally referred to as the South Branch, the South Branch of the Middle Fork of the Feather River is one of California’s best waterfall runs, yet remains a seldom kayaked river. Until recently that is. As of the 2010 season this run has (rightfully so) become exceptionally popular. The South Branch has garnered attention is several kayaking videos, but legend of the portage and a short, hard to predict season has made the South Branch fly under the radar compared to other greats like the East Fork Kaweah and Big Kimshew Creek.

Although it was once considered a two day run, recent years have changed the perception of the South Branch. There are several options to running this gem:


1. The Top Half - run the first six miles and hike out at Seven Falls.

2. Overnight - do the whole run but in two days
a) Carry overnight gear and camp on the island at Seven Falls.
b) Hike out at Seven Falls and car camp, leaving your gear at the river.

3. The whole enchilada - If you know the run it's possible to just do it all in one day. 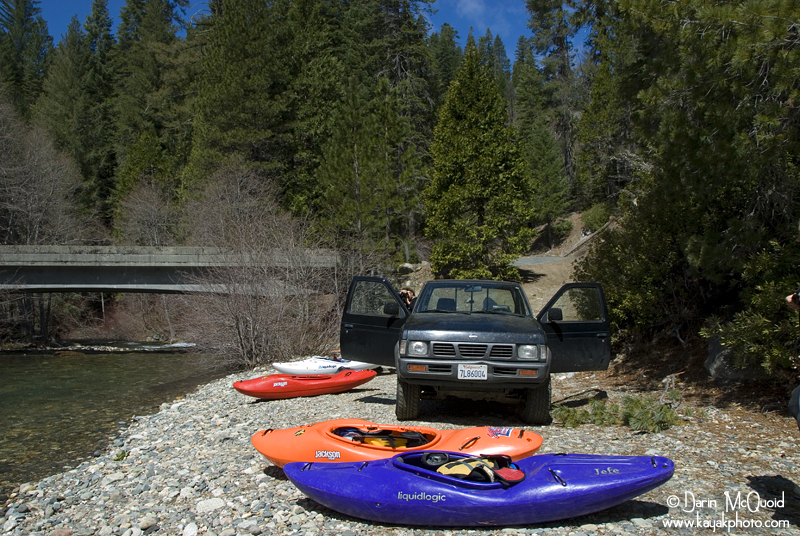 Flowing from a pristine watershed high up in the North Sierras, the South Branch flows into the Middle Feather at the legendary Milsap Bar. Milsap Bar is legendary for its status as the put-in for Bald Rock Canyon, take-out for Devil’s Canyon, Little North Fork of the Middle Fork, and South Branch. That’s right, all in one (somewhat) convenient location. Unfortunately Milsap Bar is also known for an incredible diversity of rednecks, tweekers, and all round crazy people. 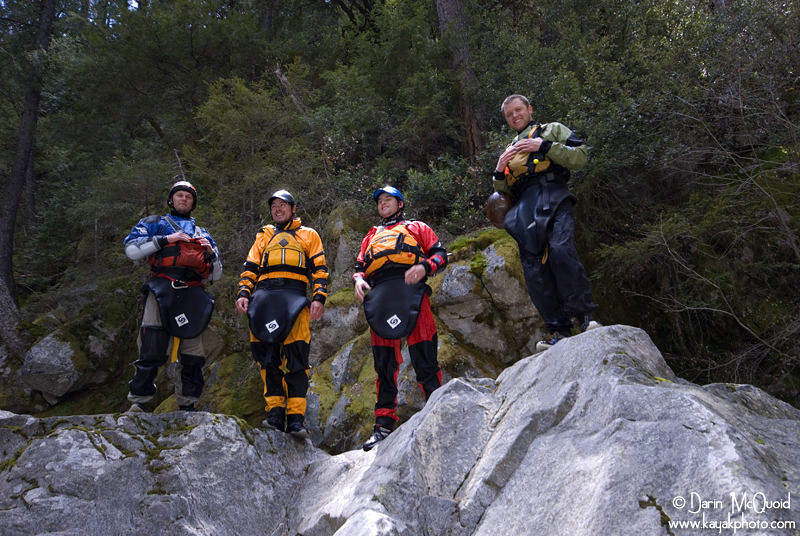 Well versed in the ways of the South Branch, Devin and Taylor led the boat scouting charge for the first two miles of boulder gardens, until we slowed the pace down to take photographs of one of the most beautiful sections of river I have ever seen.

Ryan on the first of the larger bedrock drops. 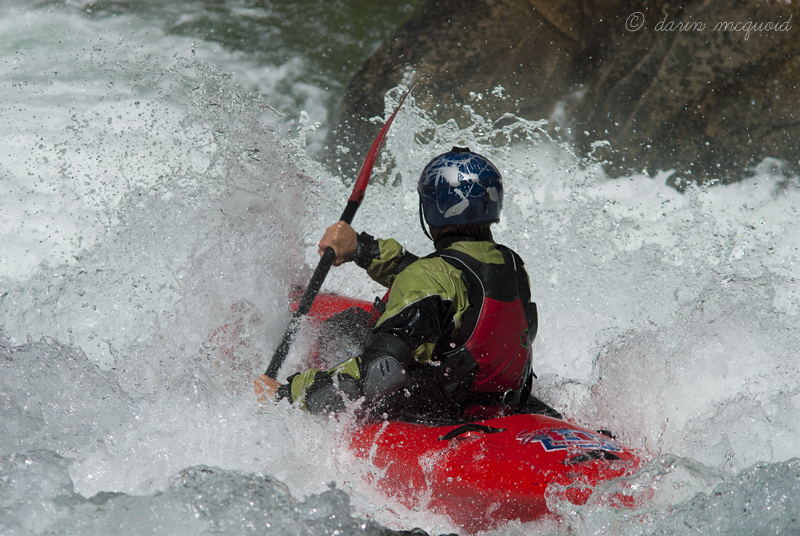 Ryan on the same, it really starts to drop off the face of the earth after this. 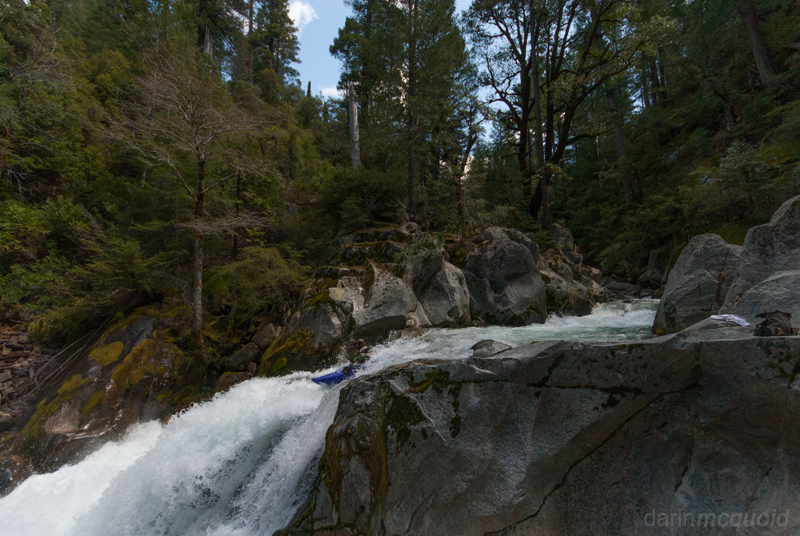 There were just a few small boulder gardens before it turned into pure bedrock. 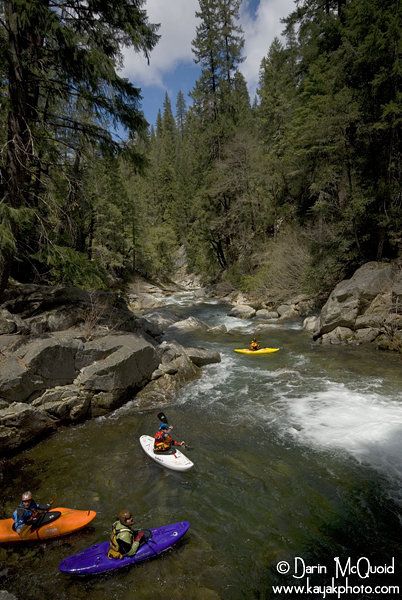 Devin boofing into the largest mandatory rapid on the South Branch. 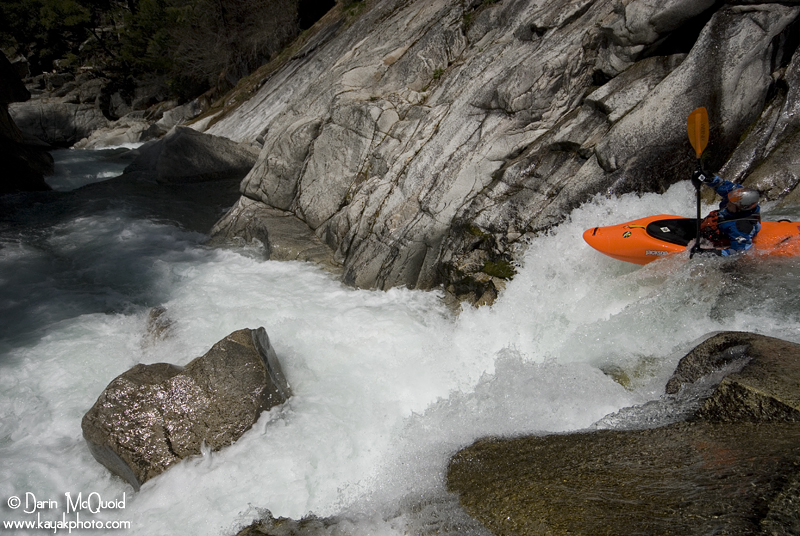 It's hard to scout this rapid, you want to finish dead center at the bottom to avoid a shallow landing on the left and a rock wall on the right, but the three move lead in and curler at the lip make it tough to line up.

Jonas Grunwald lines up the bottom half. 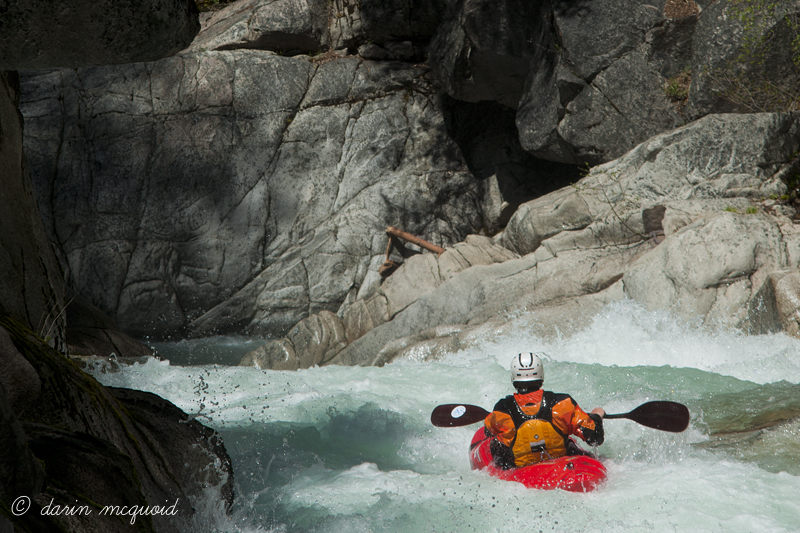 The next part of the river is beyond my abilities to articulate. Perfection manifested in granite and water, I will let the pictures do the talking, and it's just a whisper of how good it is. 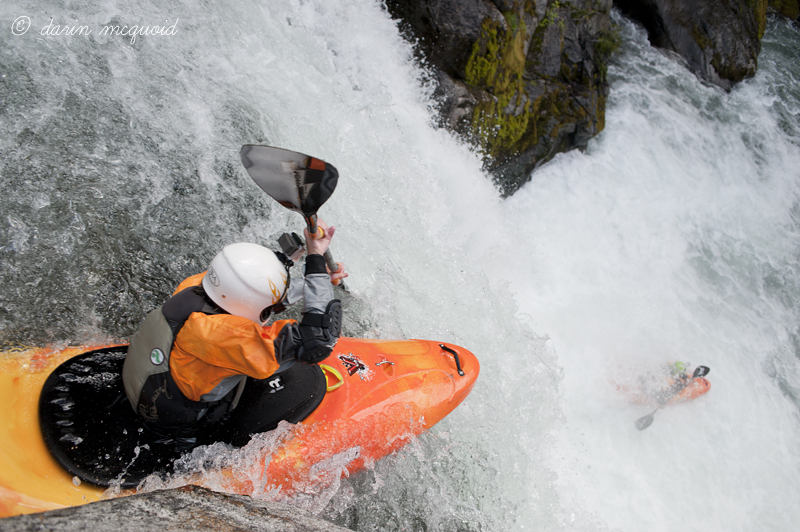 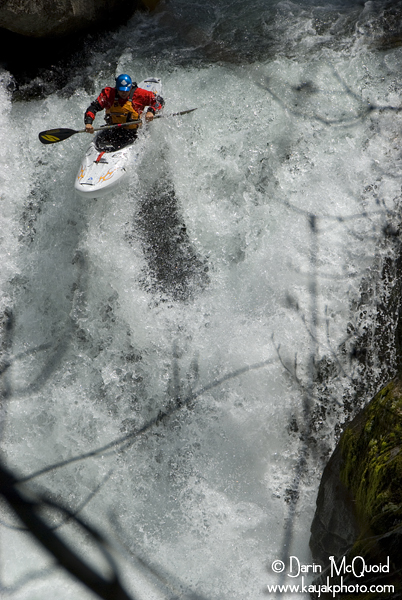 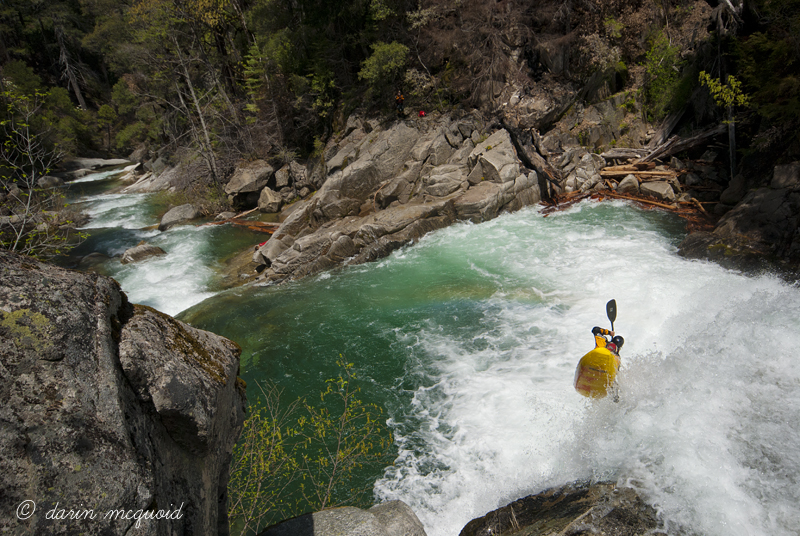 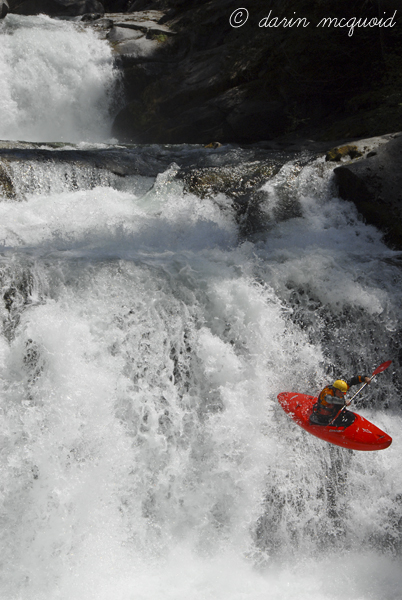 Taylor in the fun ledges below the 20-20 combo. 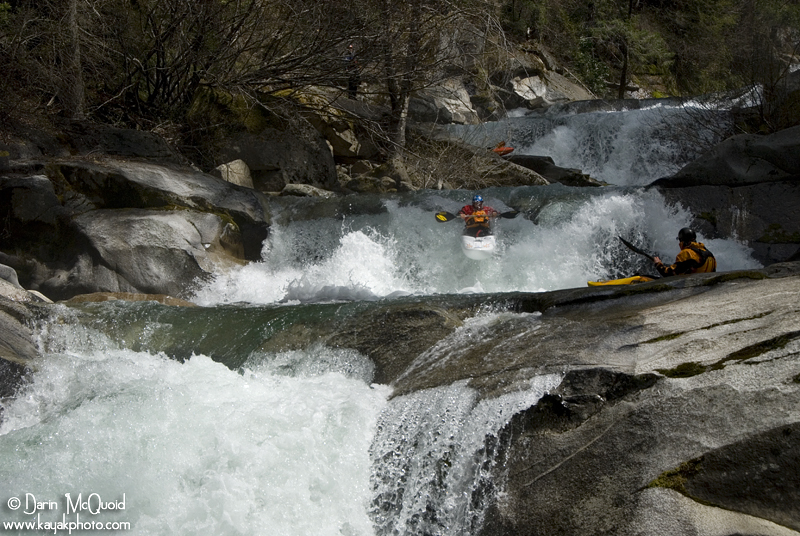 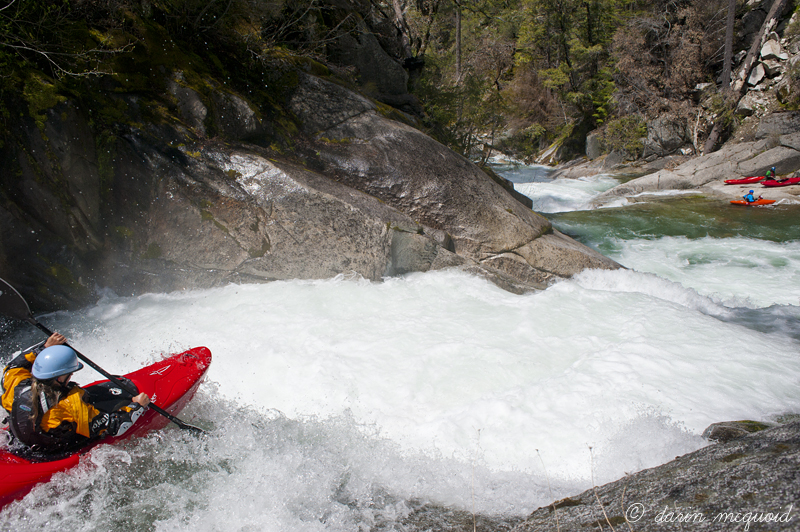 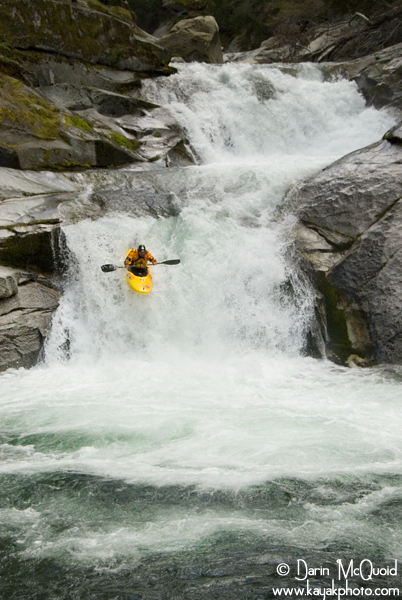 Devin and I probed a sweet boof to boof line on this rapid that used to be a portage. 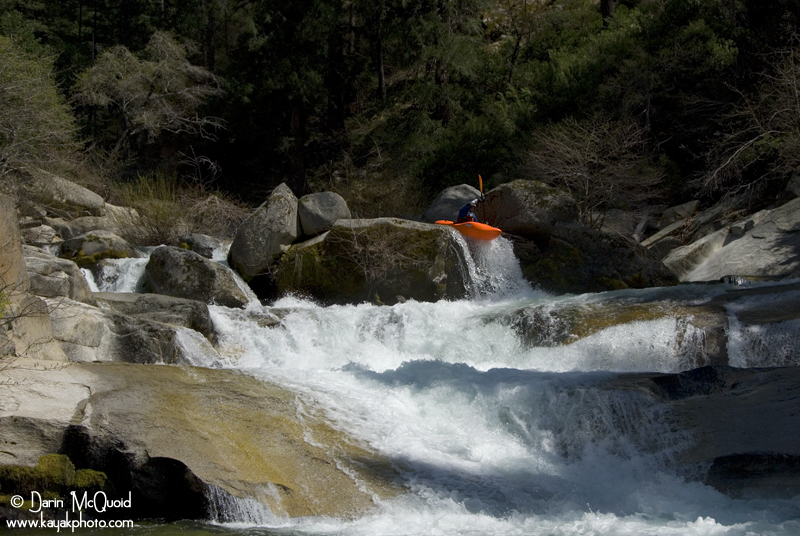 One of those that goes better than it looks...Nick Troutman 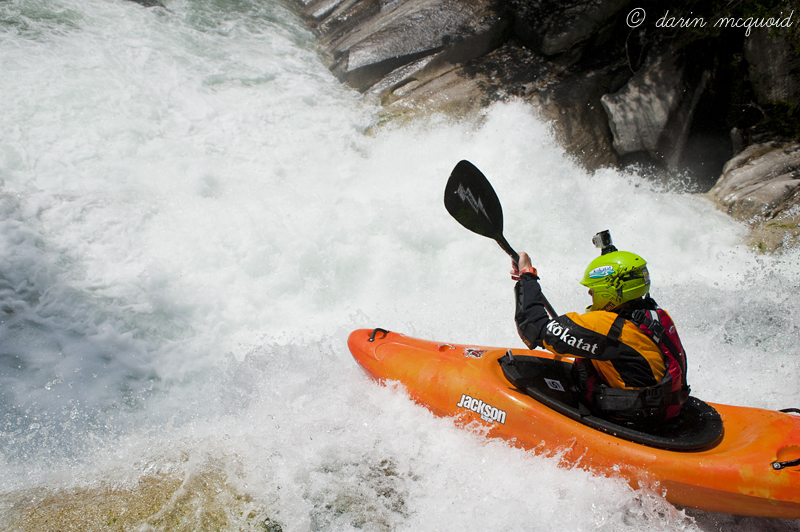 Just how stacked this run is, Ryan on the run out of the above drop with the next horizon line just downstream. 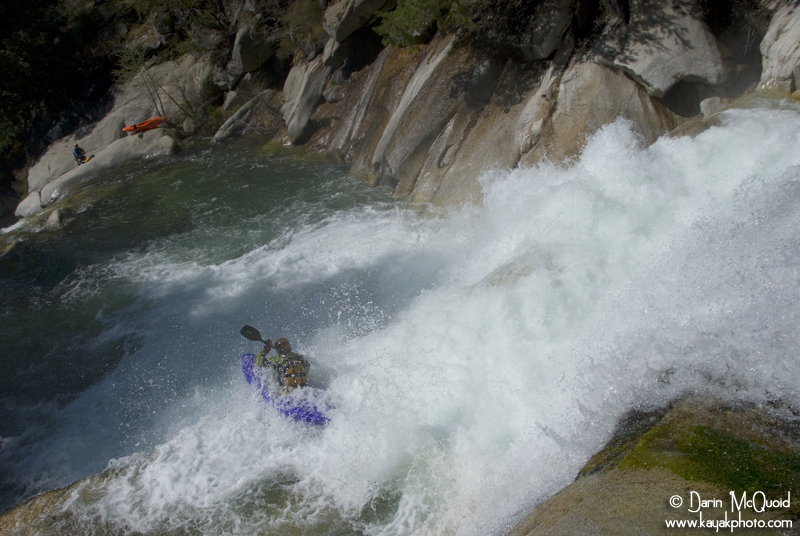 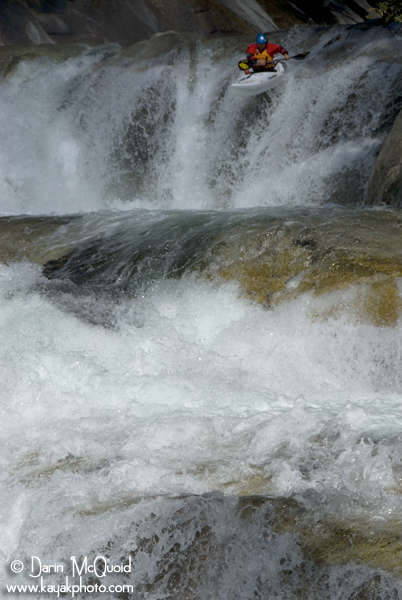 Devin on the same drop, with another horizon line just downstream. I thought I had seen runs drop off the face of the earth before, but nothing compares to the South Branch, over six hundred feet in a quarter mile. 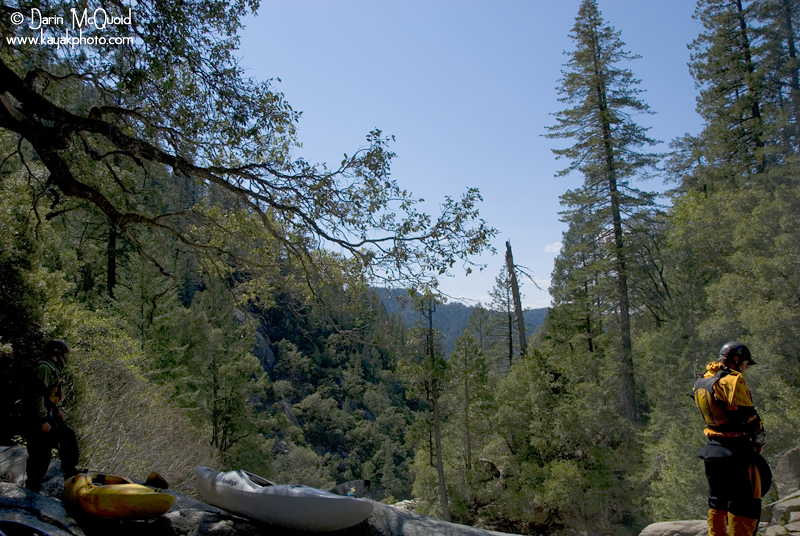 Thankfully some of it goes quite nicely, Eric Jackson making a mandatory move above 99 Problems. 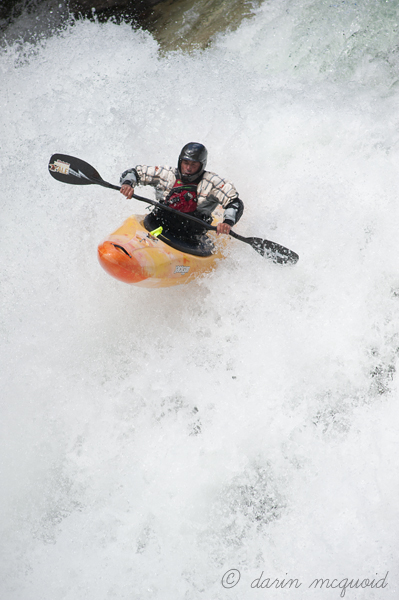 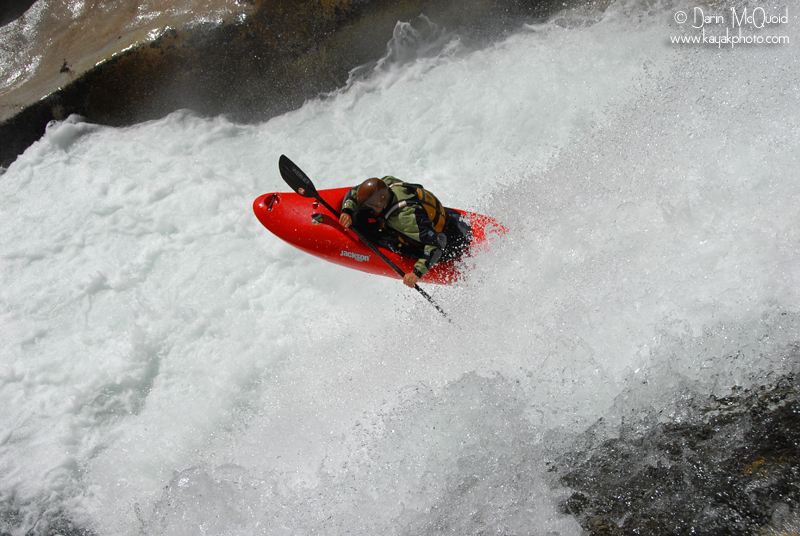 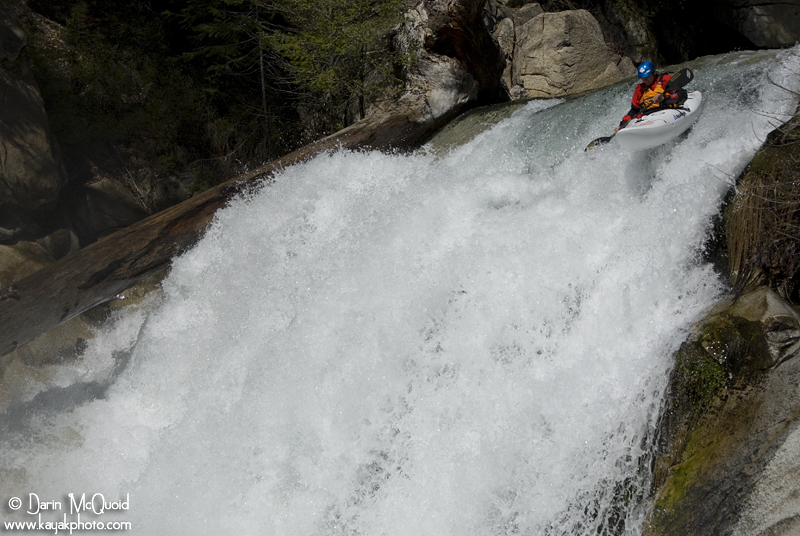 Next up is a portage around a forty foot waterfall with a tricky entrance, and the majority of flow landing on a rock shelf protruding from the right bank. Devin had the first and only descent of this falls for many years, but it's been run quite a bit in the last few years. With some carnage. We all portaged on the left. 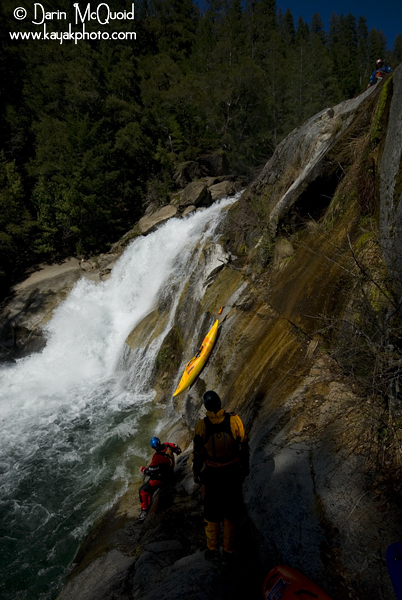 Returning for a two day run on the South Branch, Ryan and Devin were both fired up about the portage, and ran it for the second and third descent, at which point I guess it should be considered an optional portage. 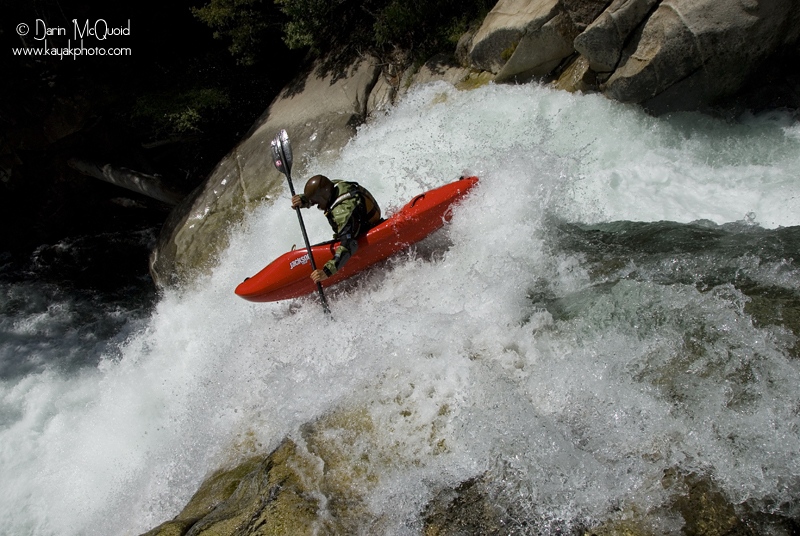 Devin Knight, running a new line for the third descent. 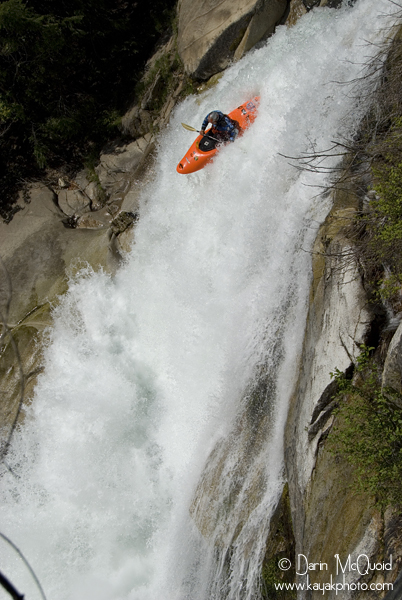 Taylor on yet another good slide, this one will take you to china. After taking paddlers to china, the river plunges over a hundred and fifty foot waterfall with a large rock shelf halfway down, so returning from china in style is mandatory. At high flows this is the crux move of the run. We portaged down the right and seal launched into the base, psyched for the grand finale. 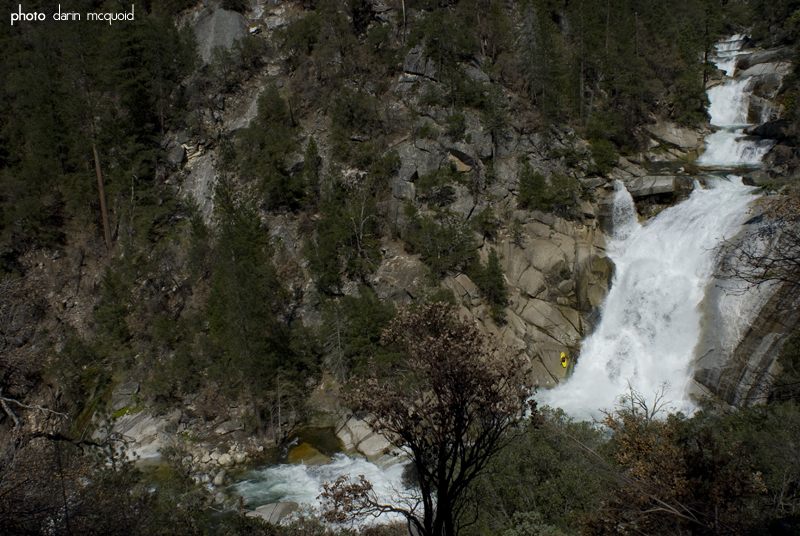 The grand finale on the South Branch Feather is a perfectly clean fifty five footer. I always assumed it was a really a slide, but in reality it free falls for thirty feet before reconnecting at the bottom.

Perfect way to end the perfect day, Matt Thomas on the final. 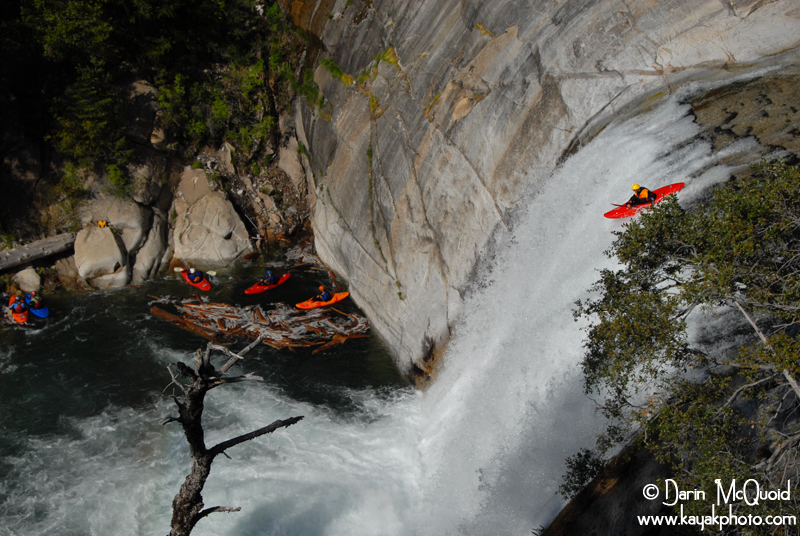 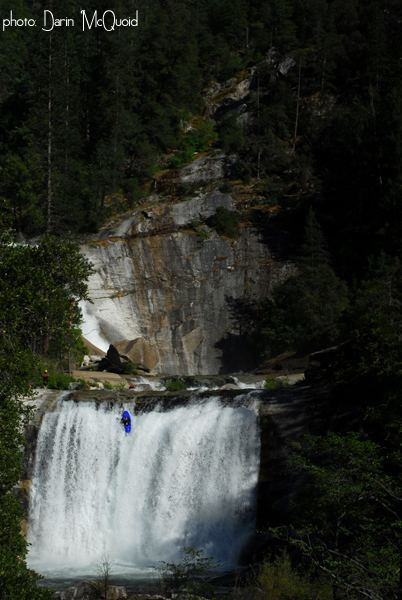 Below the grand finale is an island in the middle of the river. This island is the camping site for a two day run on the South Branch, and one of the most scenic camp sites in the world. Just below the island the river continues to plunge off Seven Falls, and there is a steep trail on river right leading up the slope to eventual road access.

Leon Turnbull has excellent directions to the take-out for the South Branch at his informative Waterfalls West write-up of Seven Falls. This is the preferred access to the South Branch, but most of the time if the South Branch is high enough to run, the road is snowed in. Alternate access is possible through Milsap Bar road, but it adds another hour of driving on rough dirt road.

Flows can be tough to predict for the South Branch. Running it in mid April, we had 1200cfs at Milsap Bar, and everyone thought levels were perfect. As the season goes on, the South Branch contributes less and less, and by May 1500 at Milsap is considered minimum for the South Branch. In 2009 people have run it in April at 1200 and 1500 and reported both to be low. I ran it at 2700 and 2900 in April, with perfect flows. Run at flows up to 3,800 at Milsap in 2010 I believe the gauge is less of a correlation than once believed, and it's up to the paddler to make the call at put-in.

Google Maps market to the Take Out. Put-In is just up the road where the bridge crosses...it's obvious.