We wake on the bridge over the Middle Vecchio. Toro needs to catch the ferry home in the early afternoon so we're quick to get on the water.

What a view with breakfast; water quality on the Middle Vecchio. 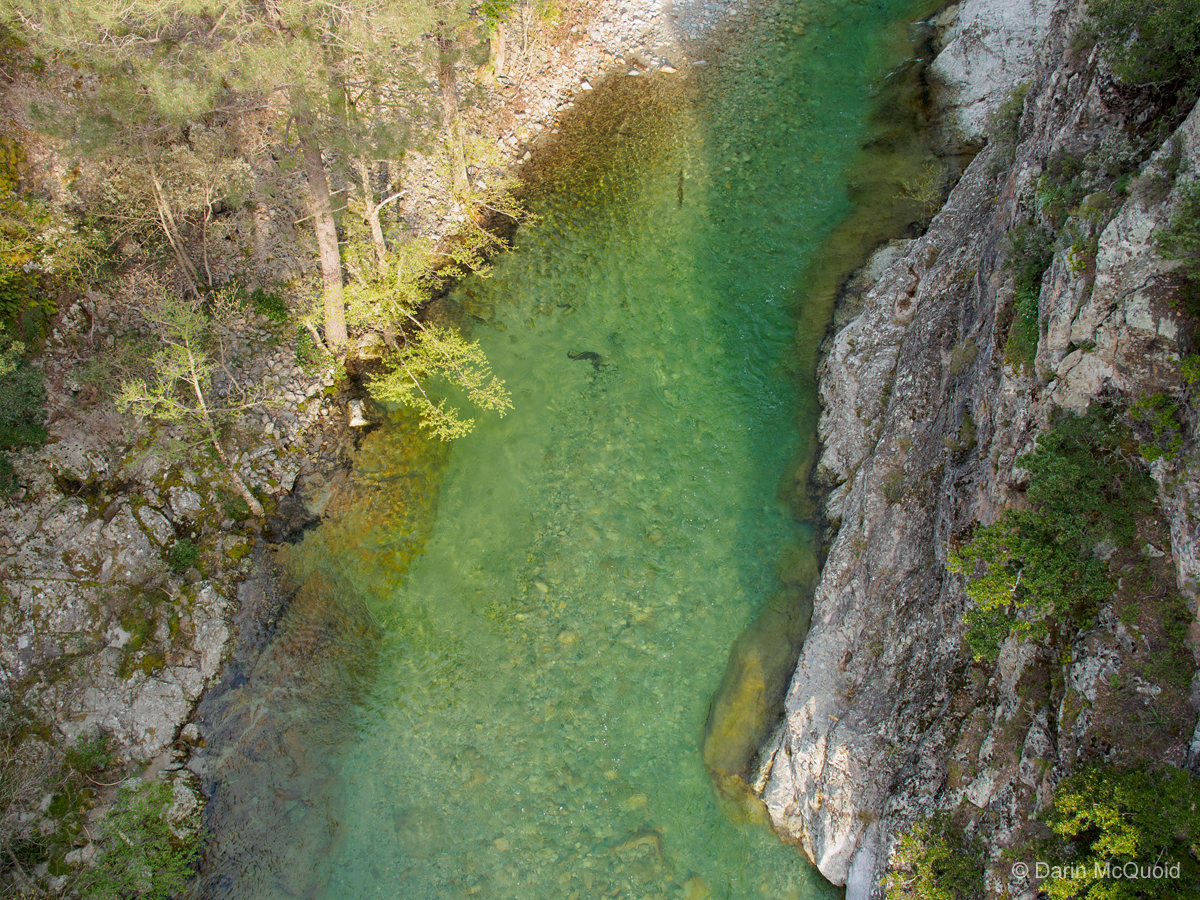 Three bridges at put-in, one for the train, a new highway bridge and the old one we are on. 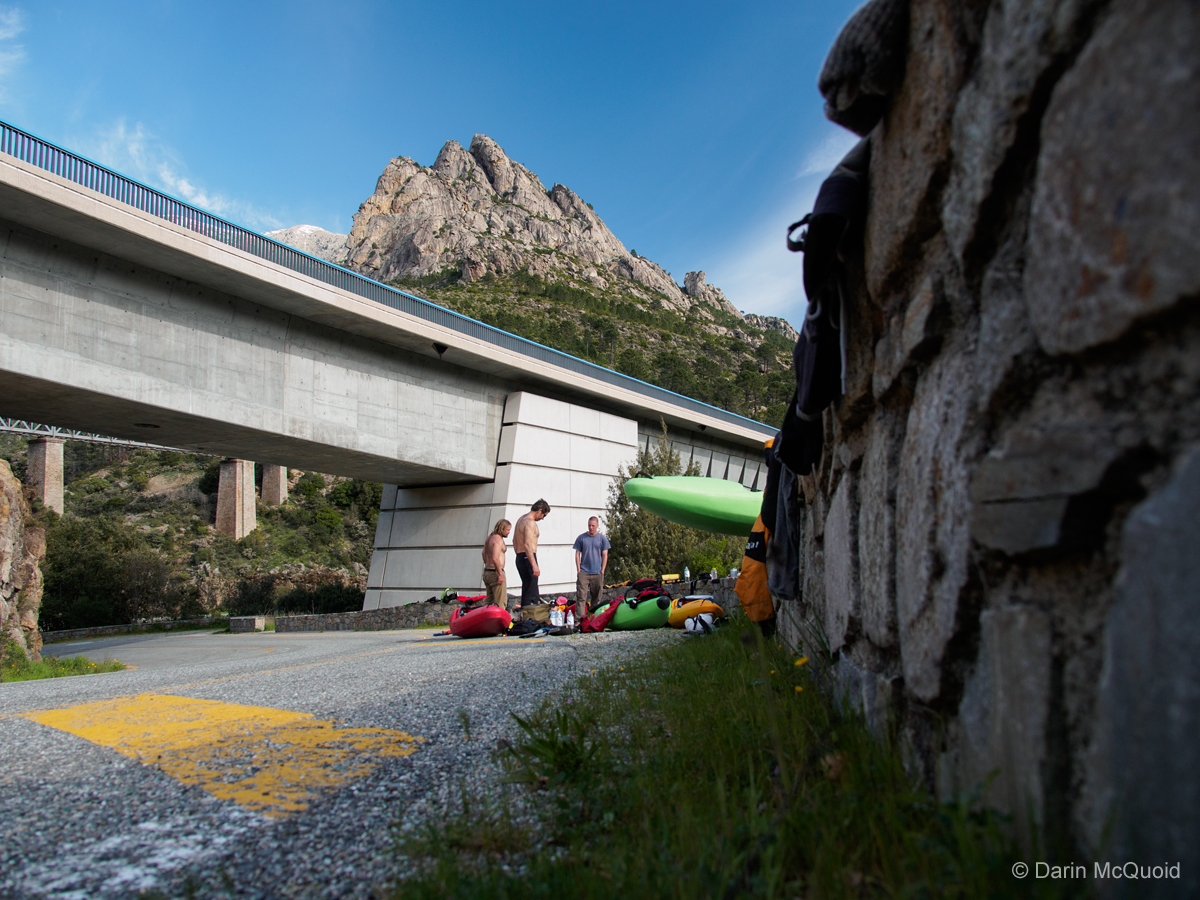 The Middle Vecchio is full of boulder gardens. Mostly class IV with a few nasty class V that I opt to walk. Due to this nature I don't take too many photographs. Here is Matais Nunez on one of the larger rapids near the end of the run. 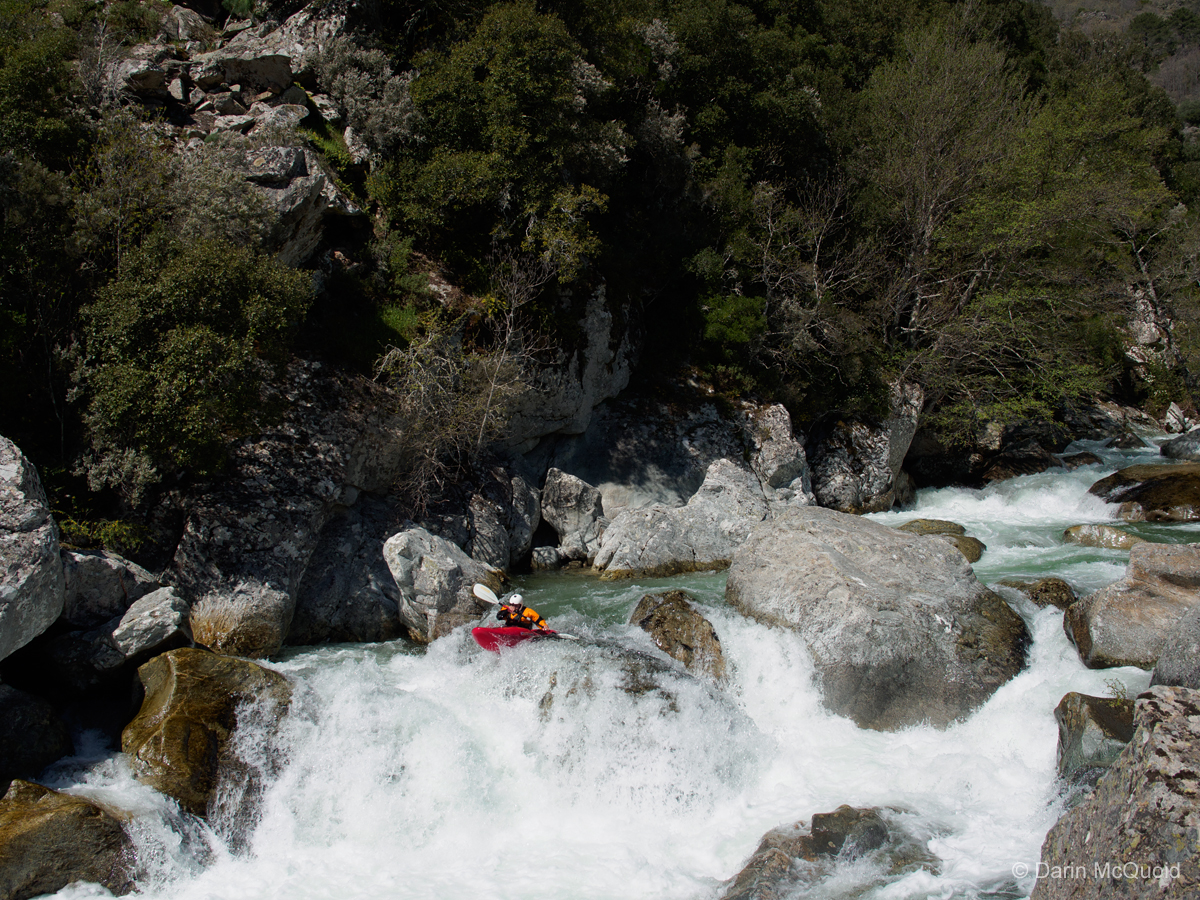 Turn around and it's some Roman era or earlier ruins. As an American it's almost too much to take in. 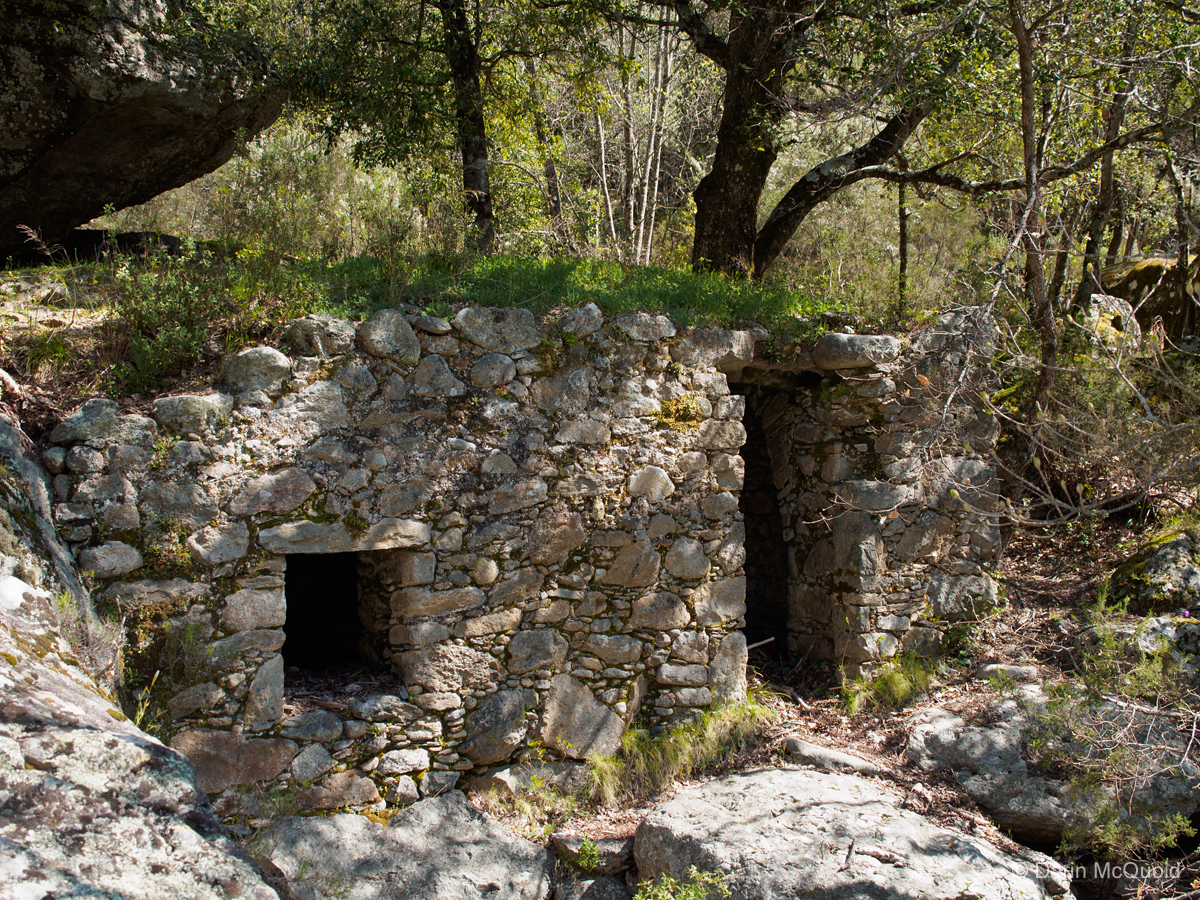 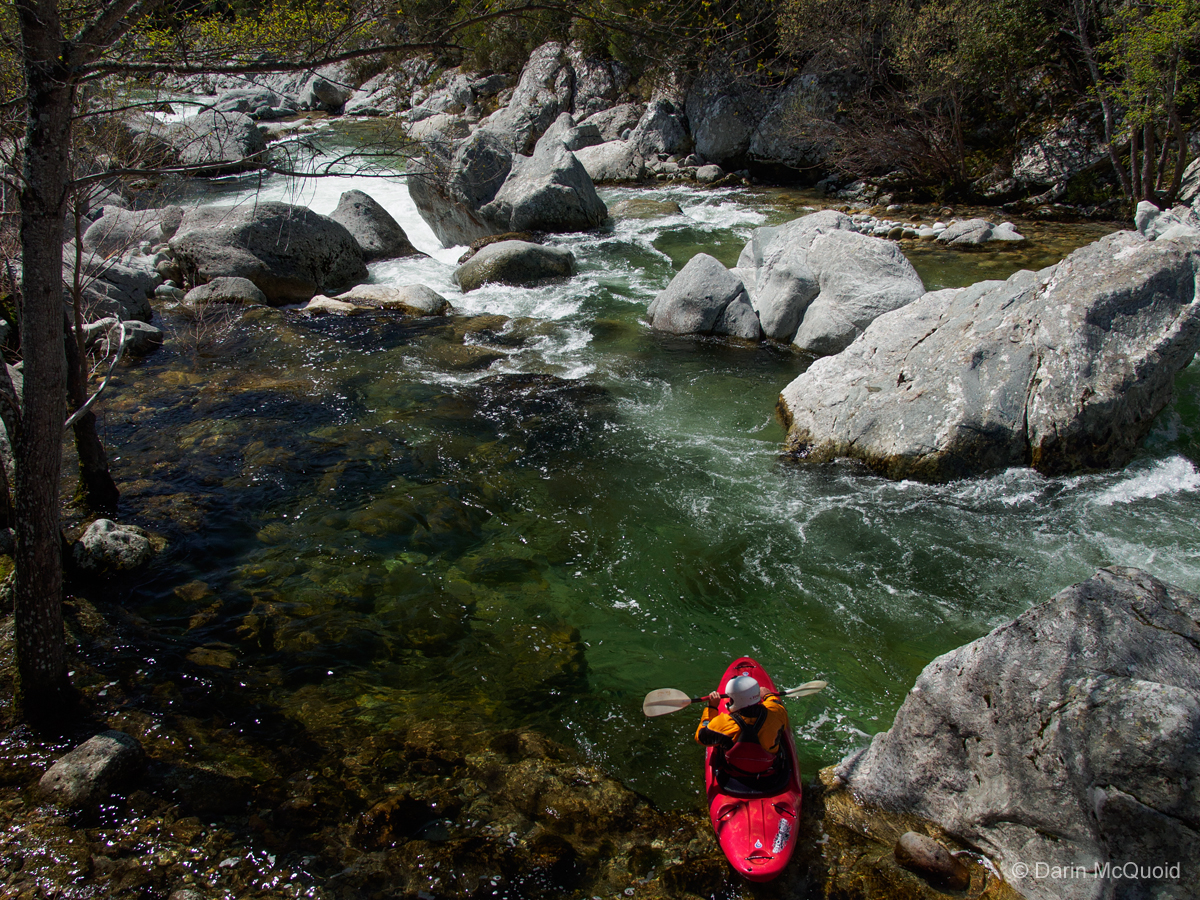 We finish the Middle Vecchio well before noon and Matais breaks into some of the notoriously stinky Corsican cheese. I'd swear it smells like unwashed base layers and he swears it tastes great. Once shuttle is undone we head to the de facto kayakers campground on the Tavignano to sort our gear and make room for Matais Nunez. He is impressive, a college professor in Bariloche, Argentina and full time dirtbag. He was riding along with Toro but is now our little sasquatch. It's still early enough to get one more run in.


Plenty of room, please move over for Mr. Sribar. 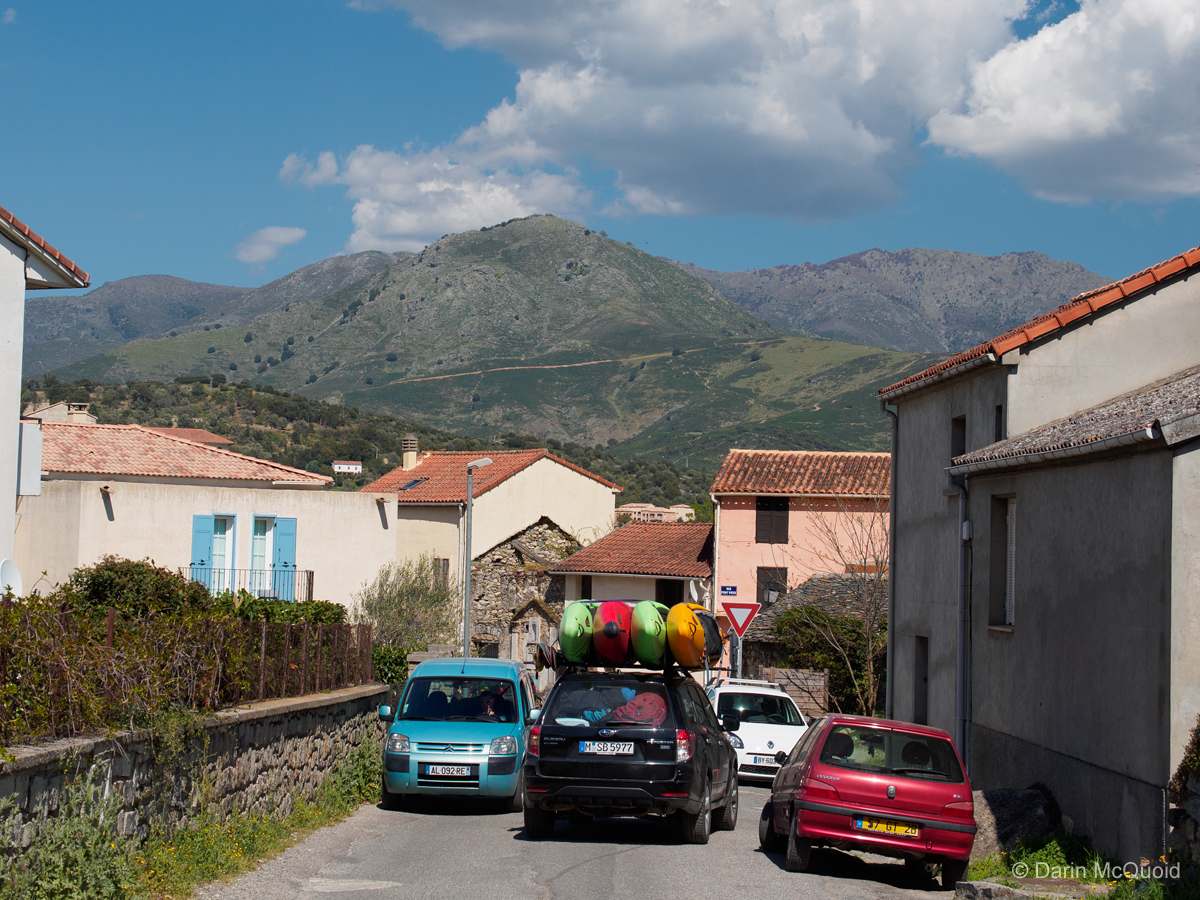 Nice flowers at the campground. 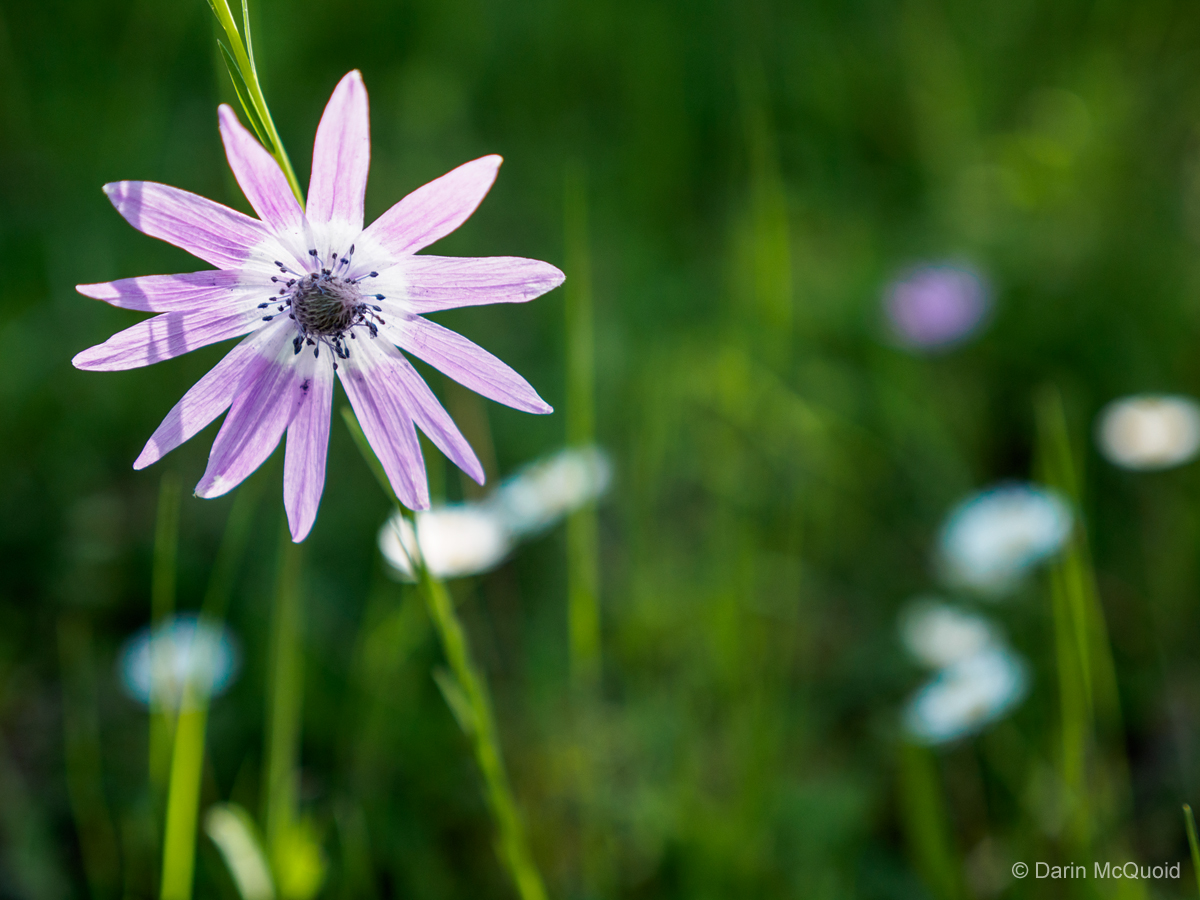 After a quick lunch at the campground we head up the Golo watershed to see what's possible. The top section of the Middle Golo does not look so nice... 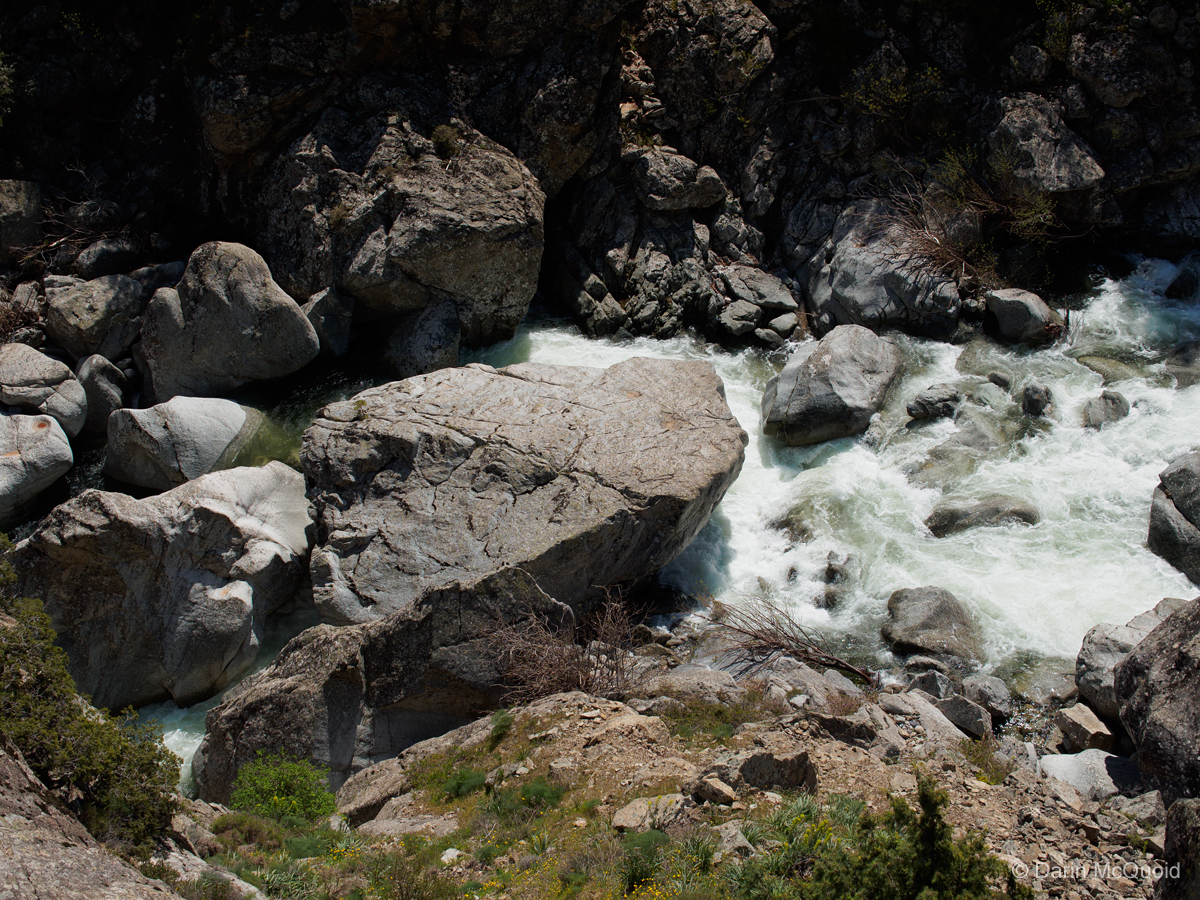 Driving up the Middle Golo. 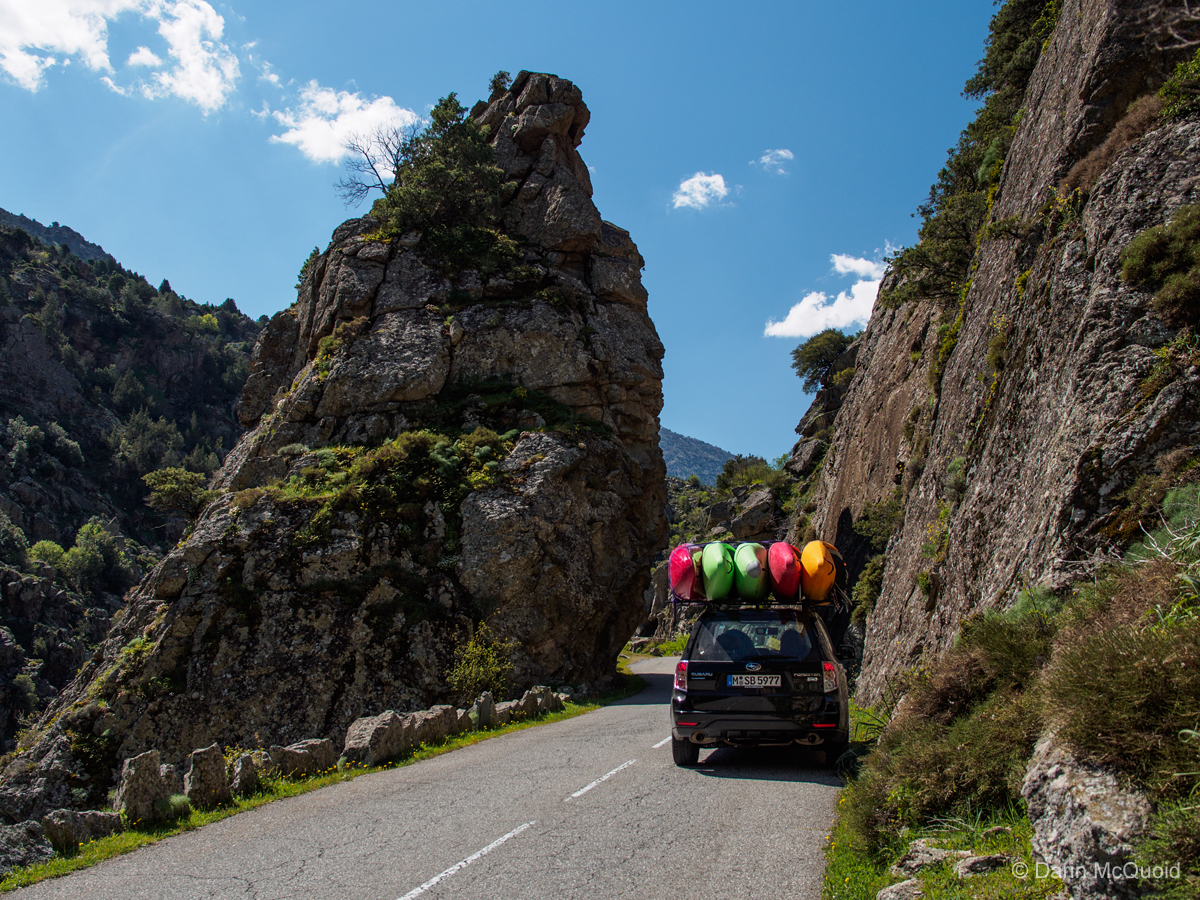 Looking at a tributary of the Middle Golo. We are not sure if this is the right tributary. It looks like a drainage ditch with wood but is supposed to be good. 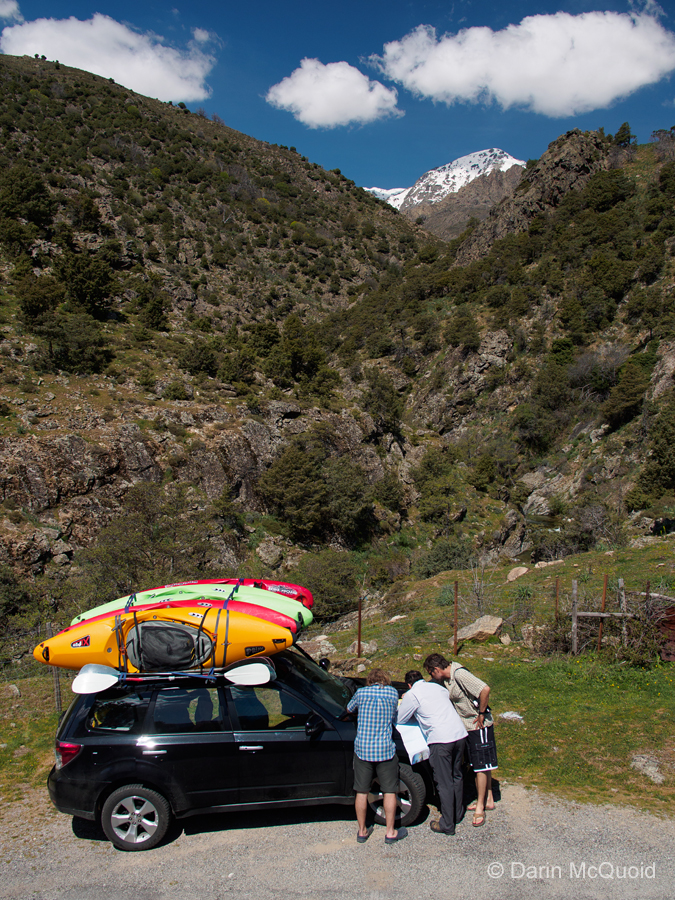 In light of how the tributary looked we opt for the Upper Golo, some California high-sierra scenery halfway across the world. Logistics are made simple, we'll hitch-hike the shuttle as it's a popular road. 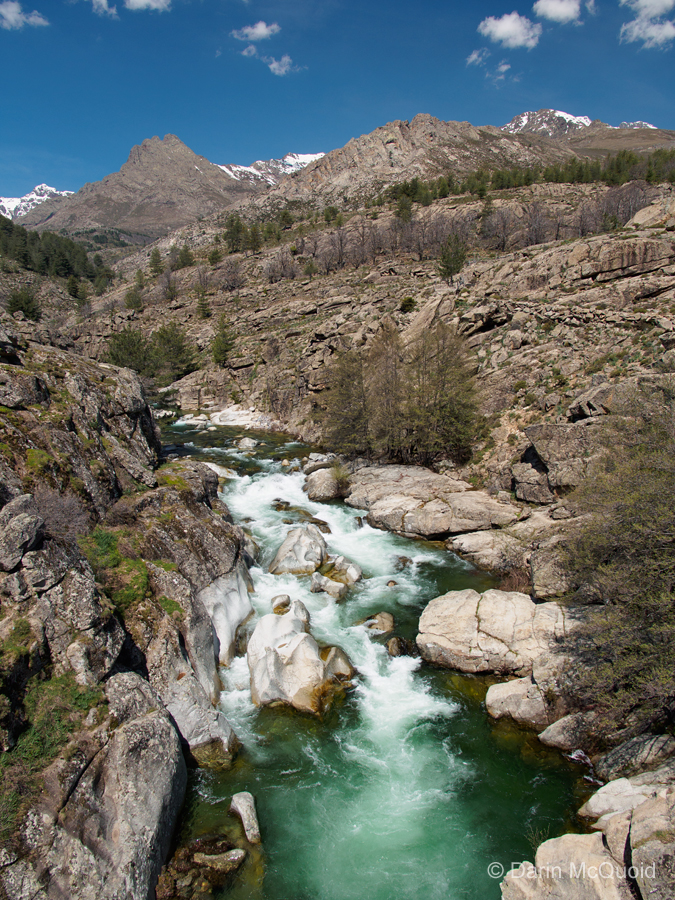 There is a ten minute hike in to the Upper Golo, nothing for Eric Petlock. 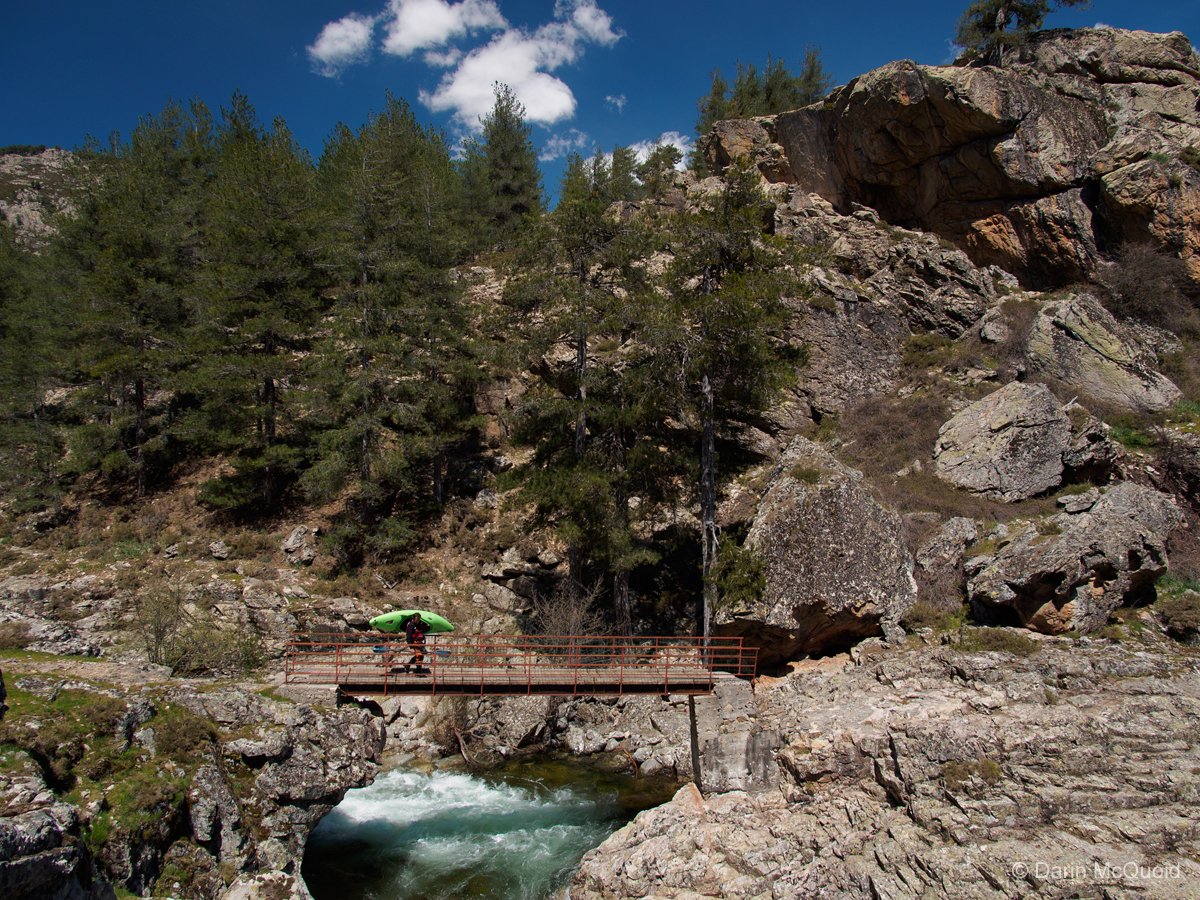 That water quality is what we all like to see, as is the action in the first series of rapids on the Upper Golo. Eric Petlock. 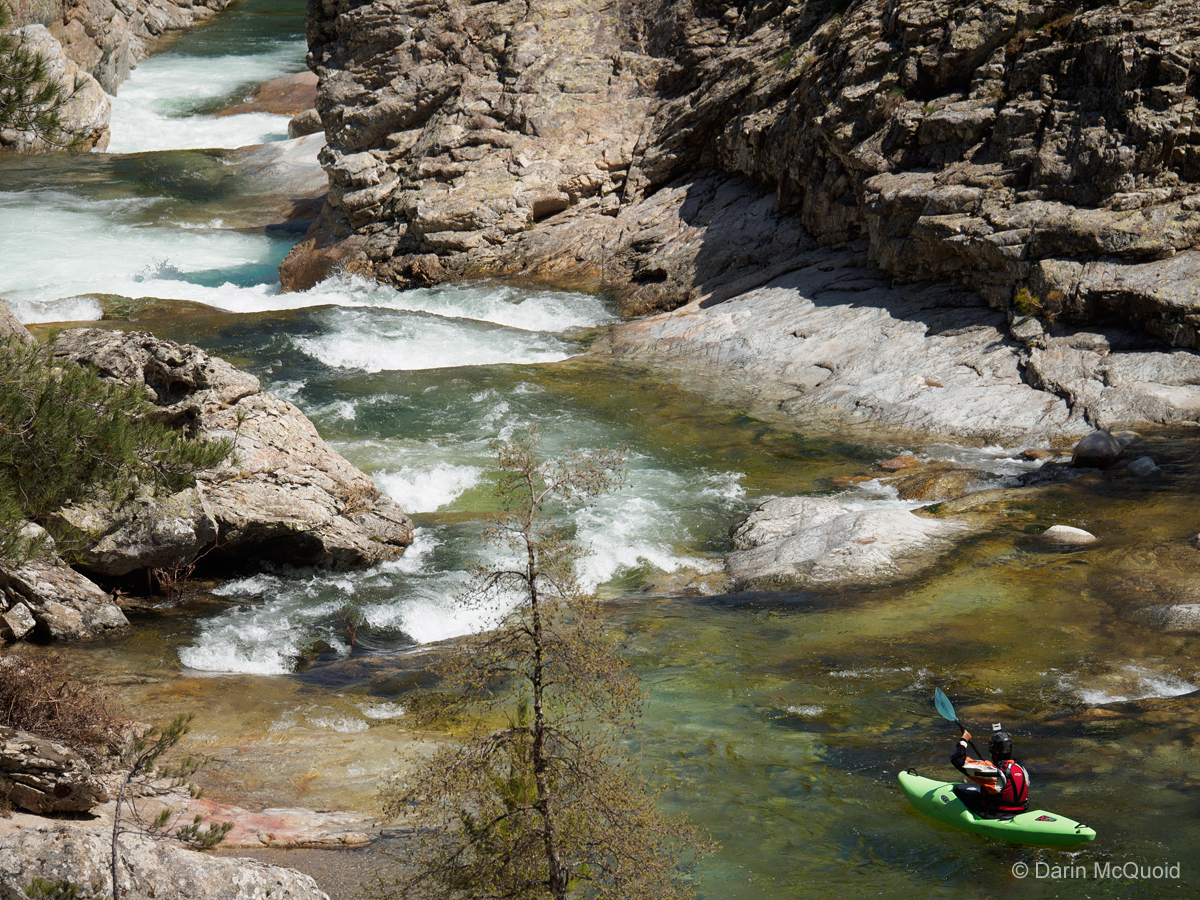 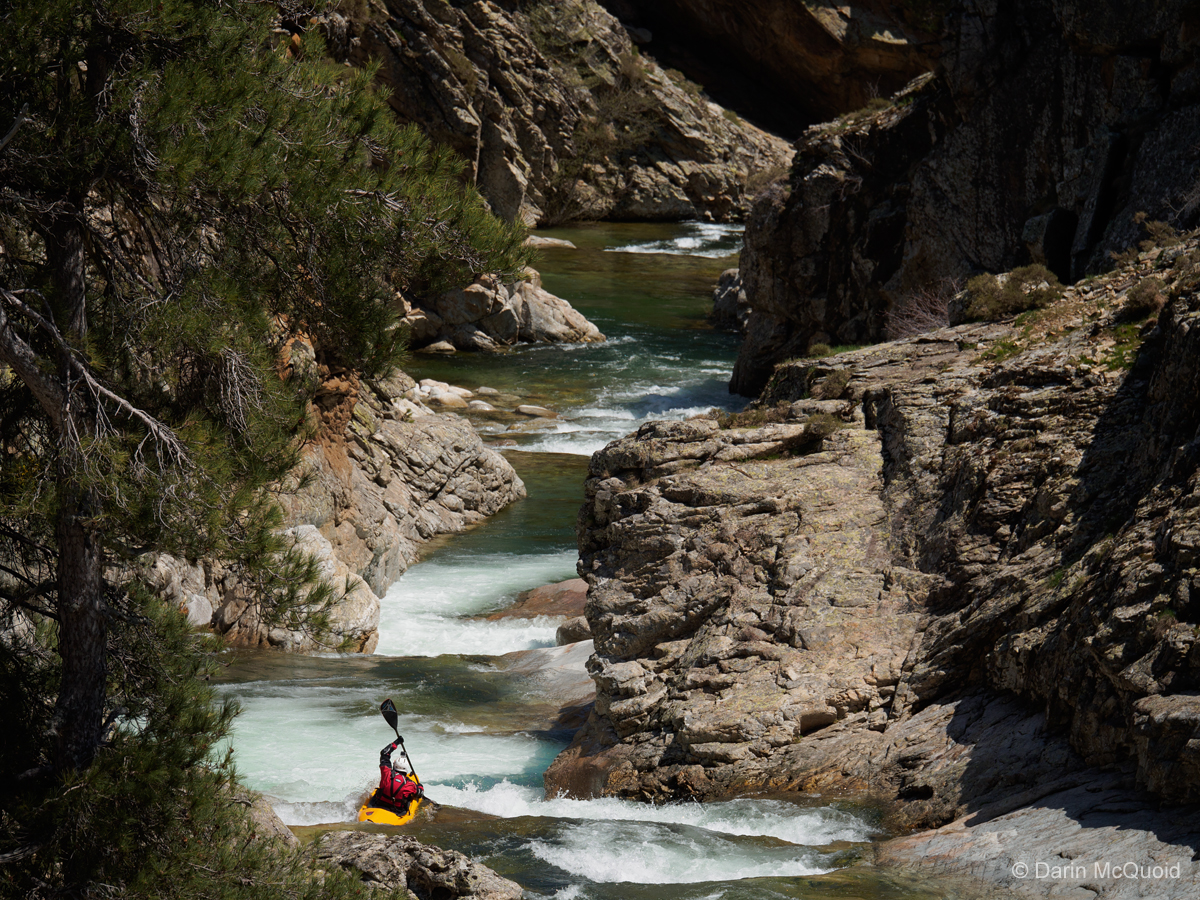 We cruise through the rest of the Upper Golo without scouting, and thus few photos. There are some moments of excitement but no swims. Paul Gamache enters the last mini gorge on the Upper Golo. 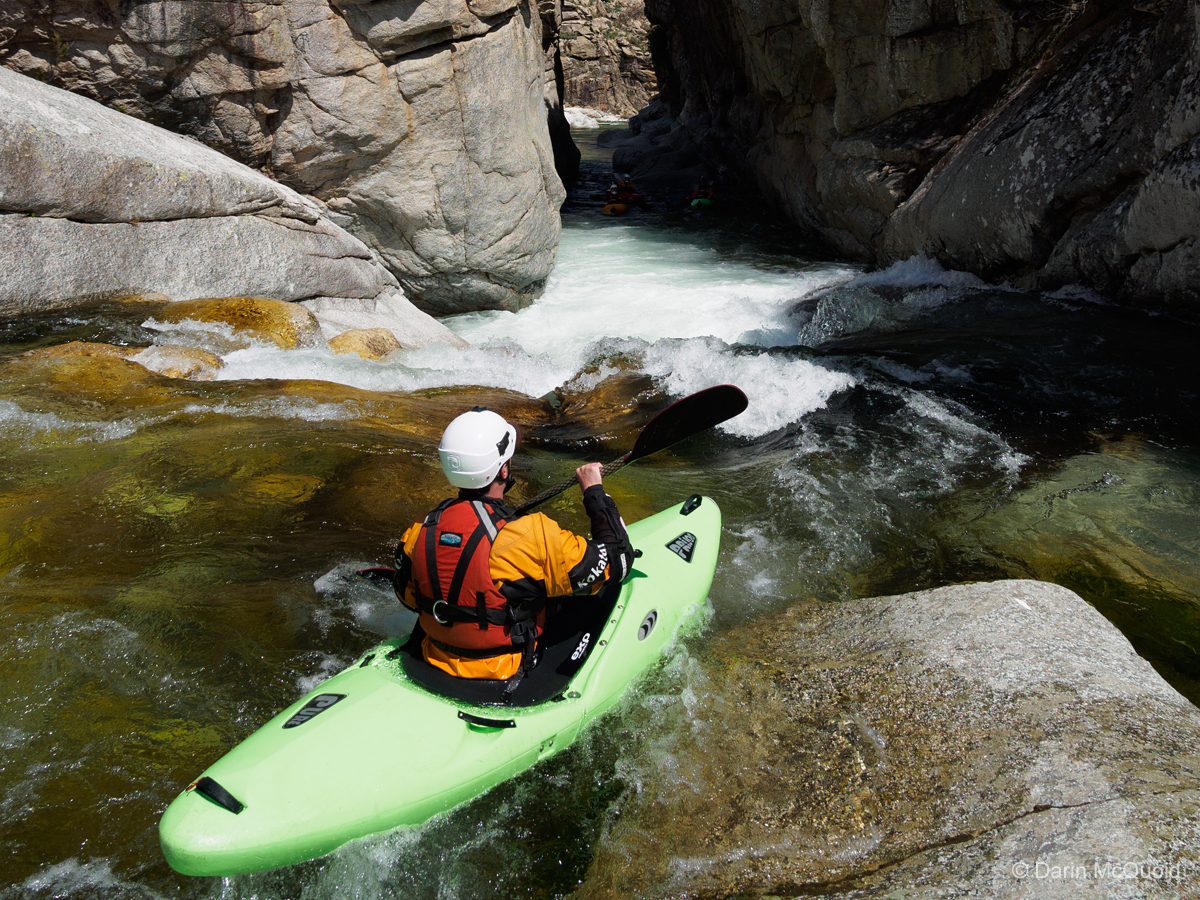 Just look at that hand built bridge that Matais Nunezs floats under. 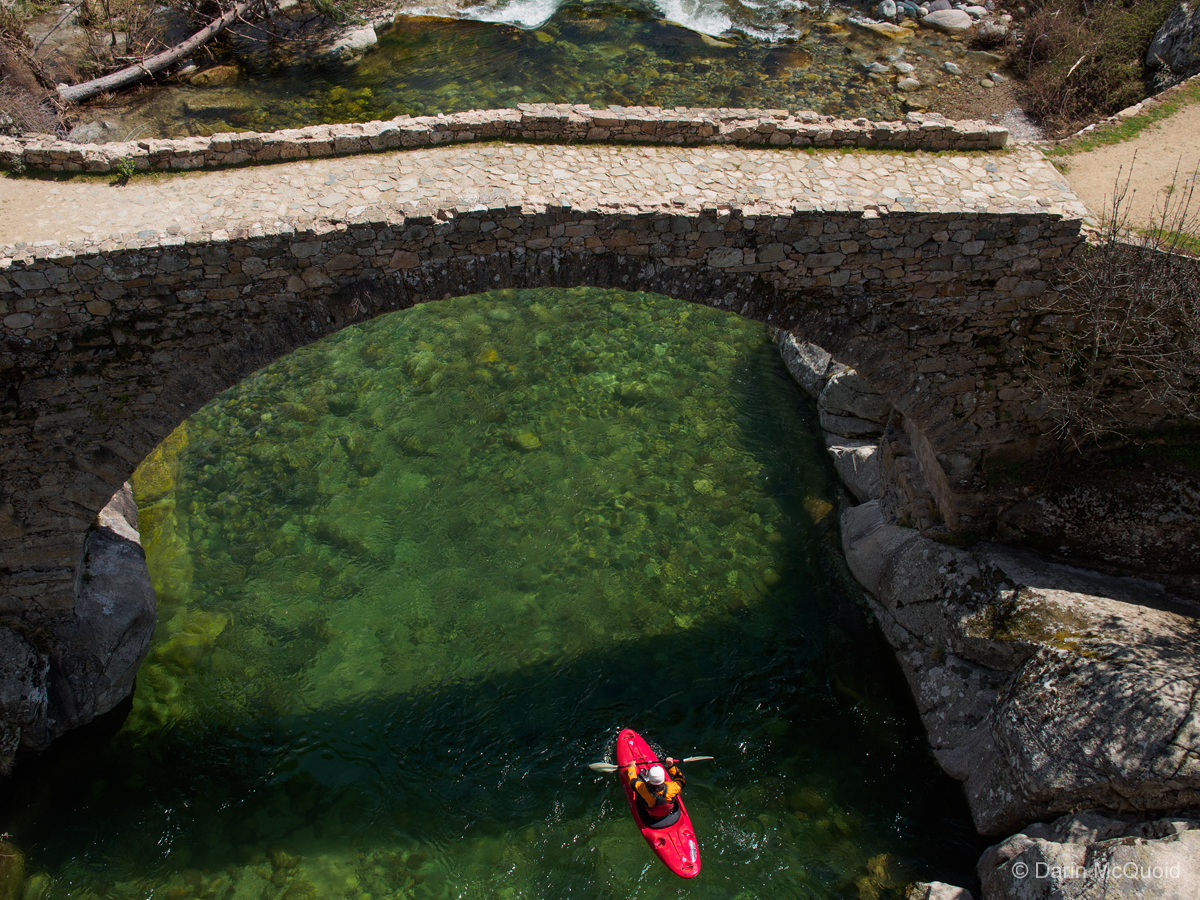 The sun is still out as we take off the Upper Golo. Half the flow at take out comes from a tributary called the Calasima. Matias ran it earlier in the week, and as we're at take out and he knows the lines it makes sense to put on, despite the late hour of the day.

As we put on flows are considerably higher than Matias's previous trip. Boulder gardens transition into bedrock, Eric Petlock goes over a ledge. 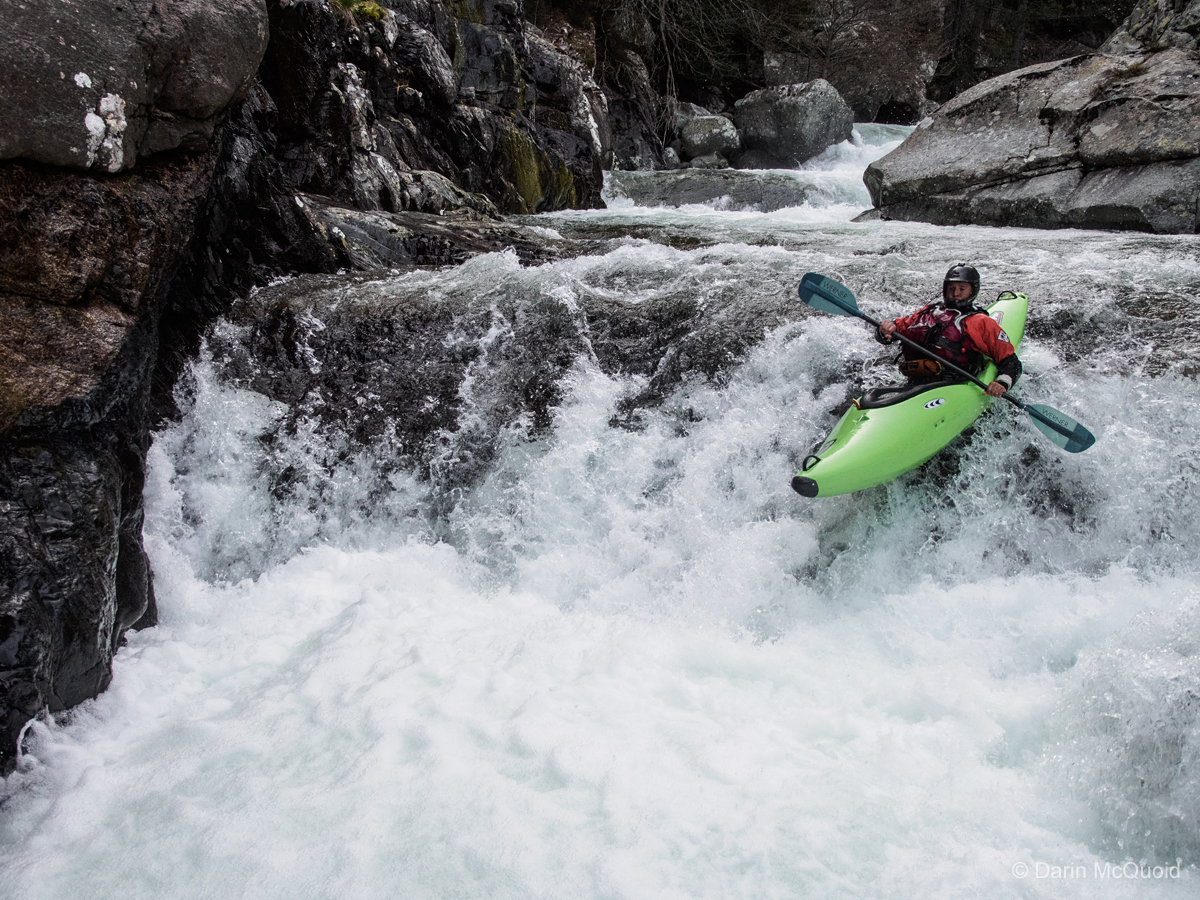 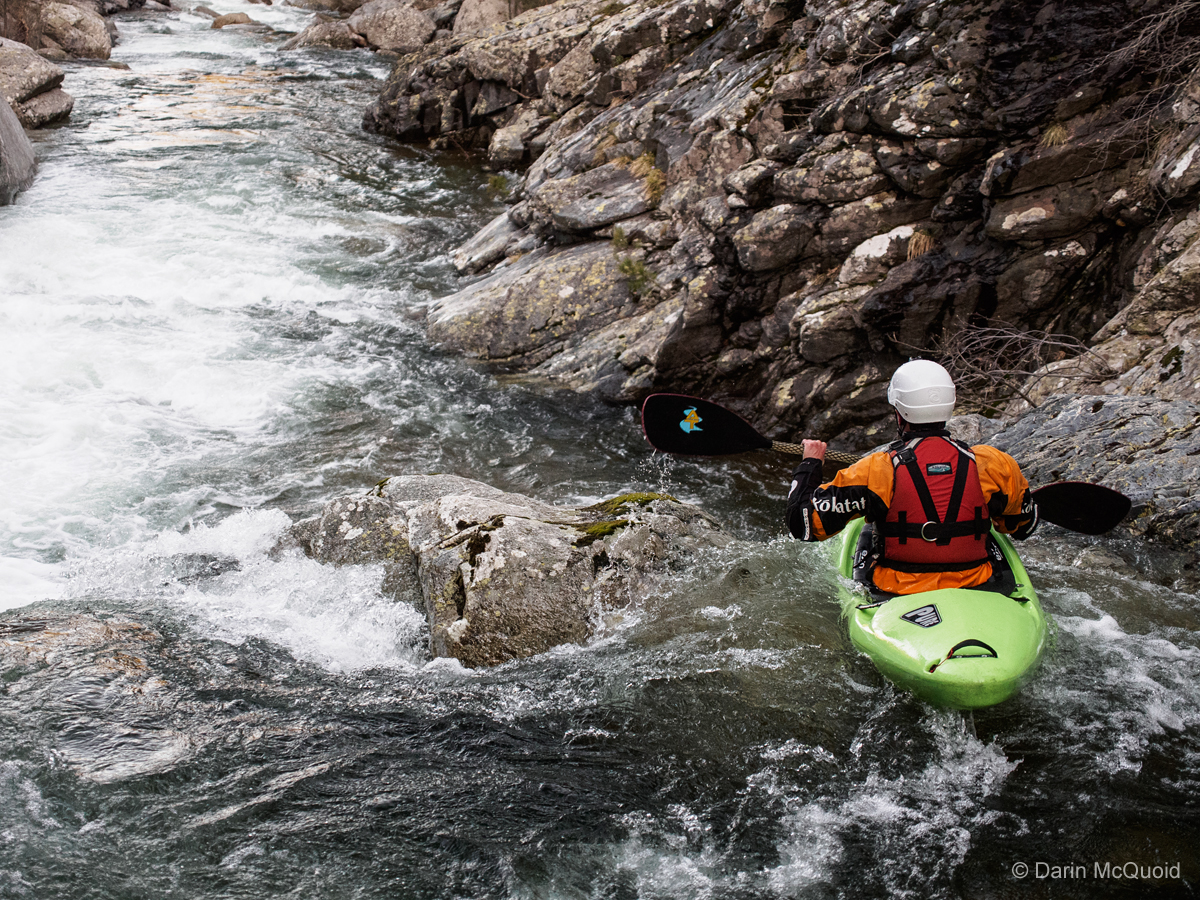 More ledges, Rok Sribar heads into one of the larger ones on the Calasima. 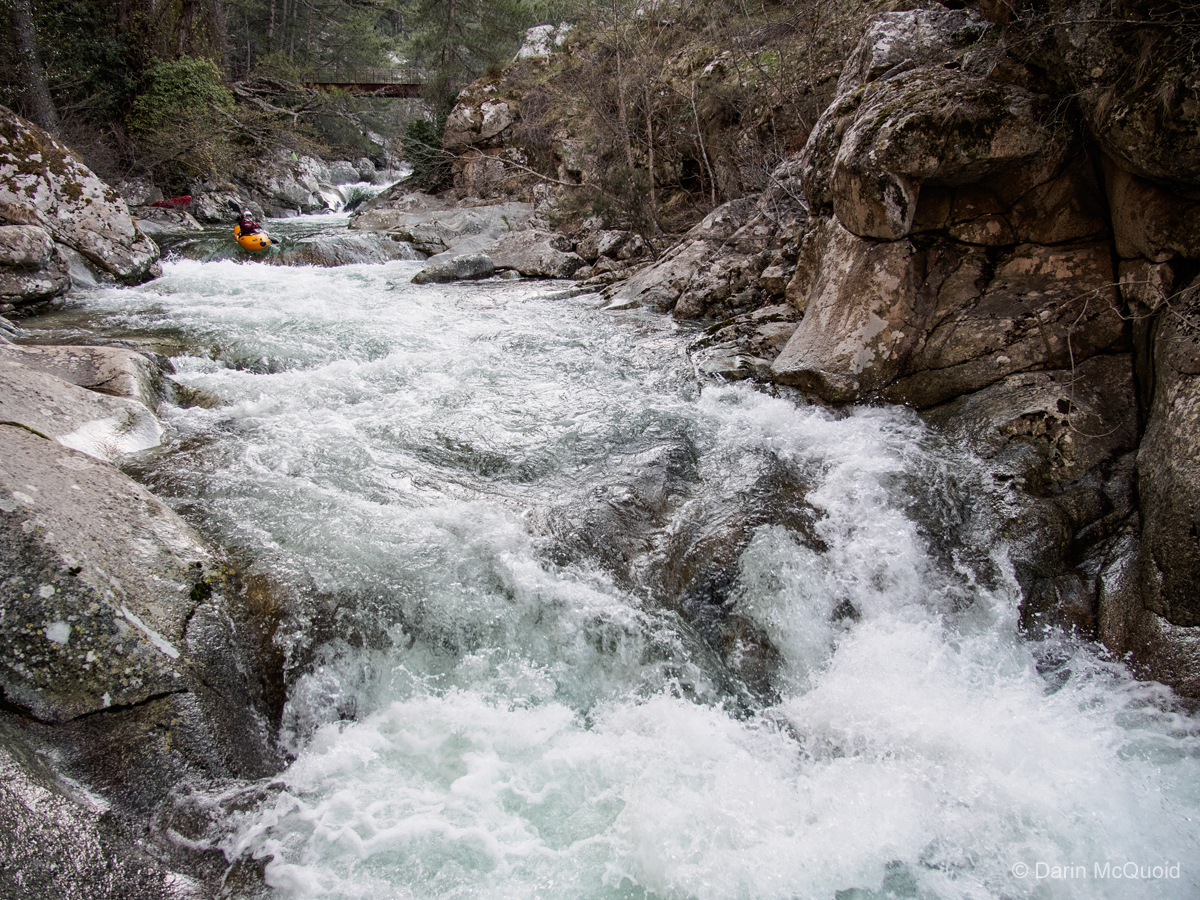 Rok Sribar enters the crux move of the rapid, too narrow to paddle and it would not be nice if you were upside down after the pinch. 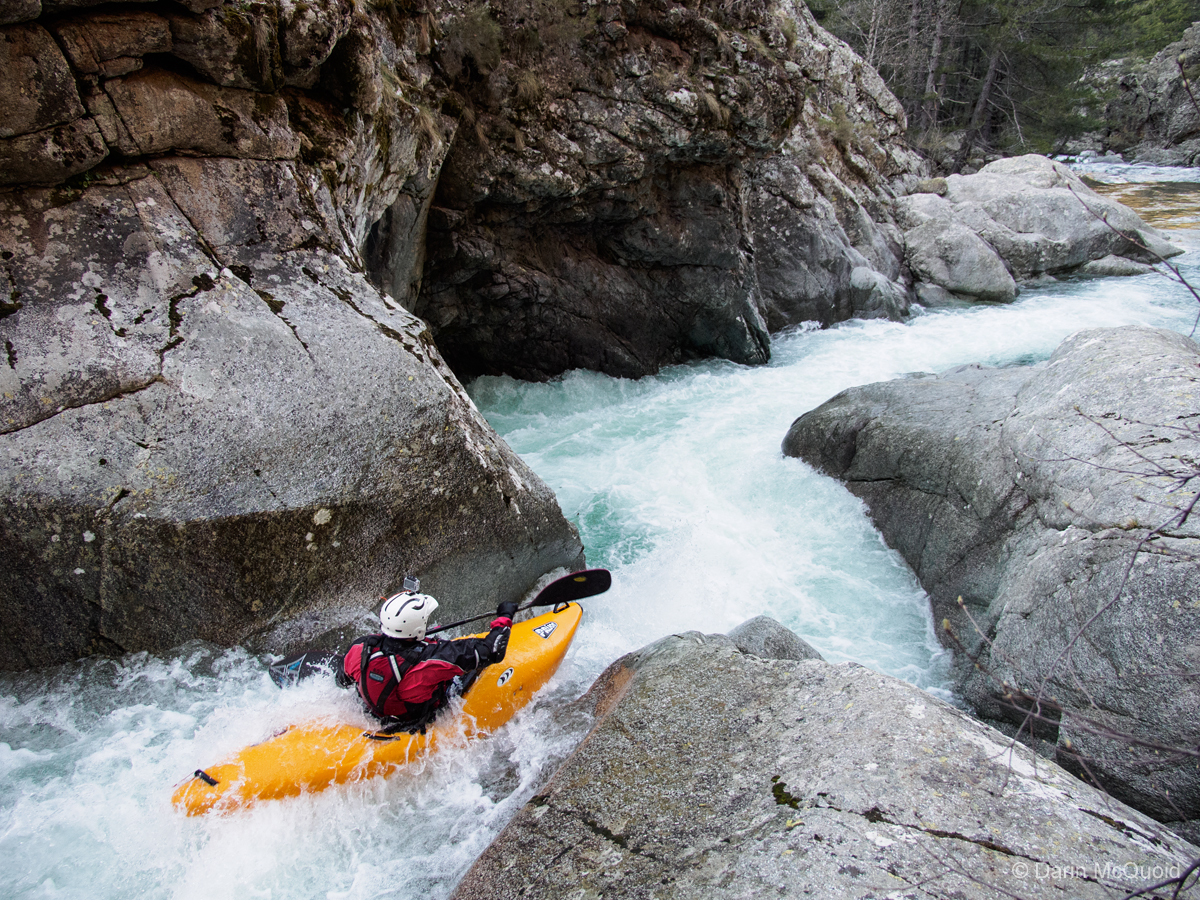 We've been boat scouting. After the pinch I asked if anything significant was left, the beta was that it's all good to go from here. Just a minute later we all ran a rapid that had been portaged last time he ran it. In the guide video it's "definitely a portage. I decided I'd scout a bit more after that.


Rok Sribar runs a rapid before as it turns back into boulder gardens. 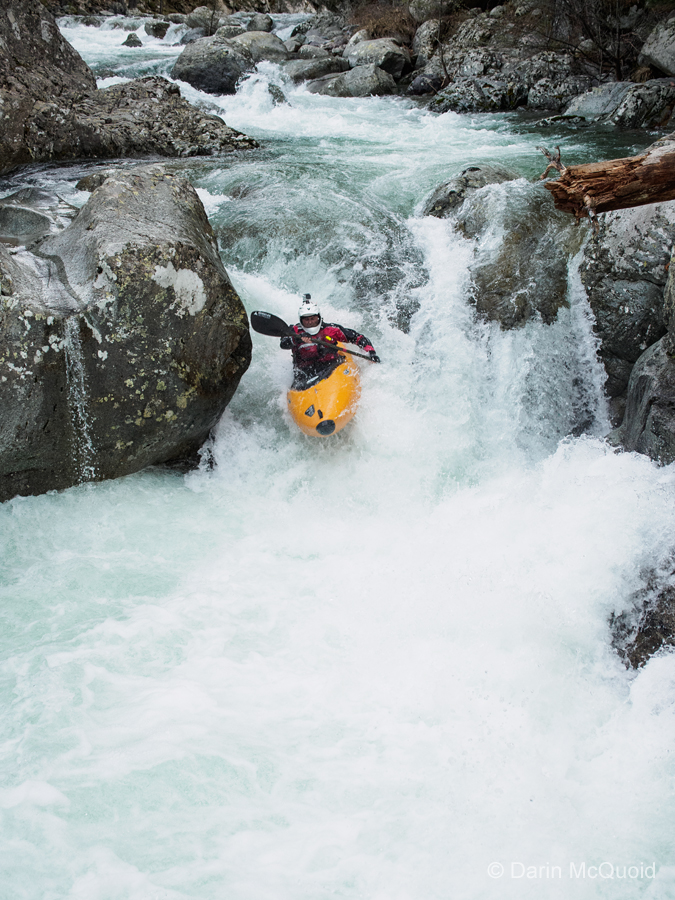 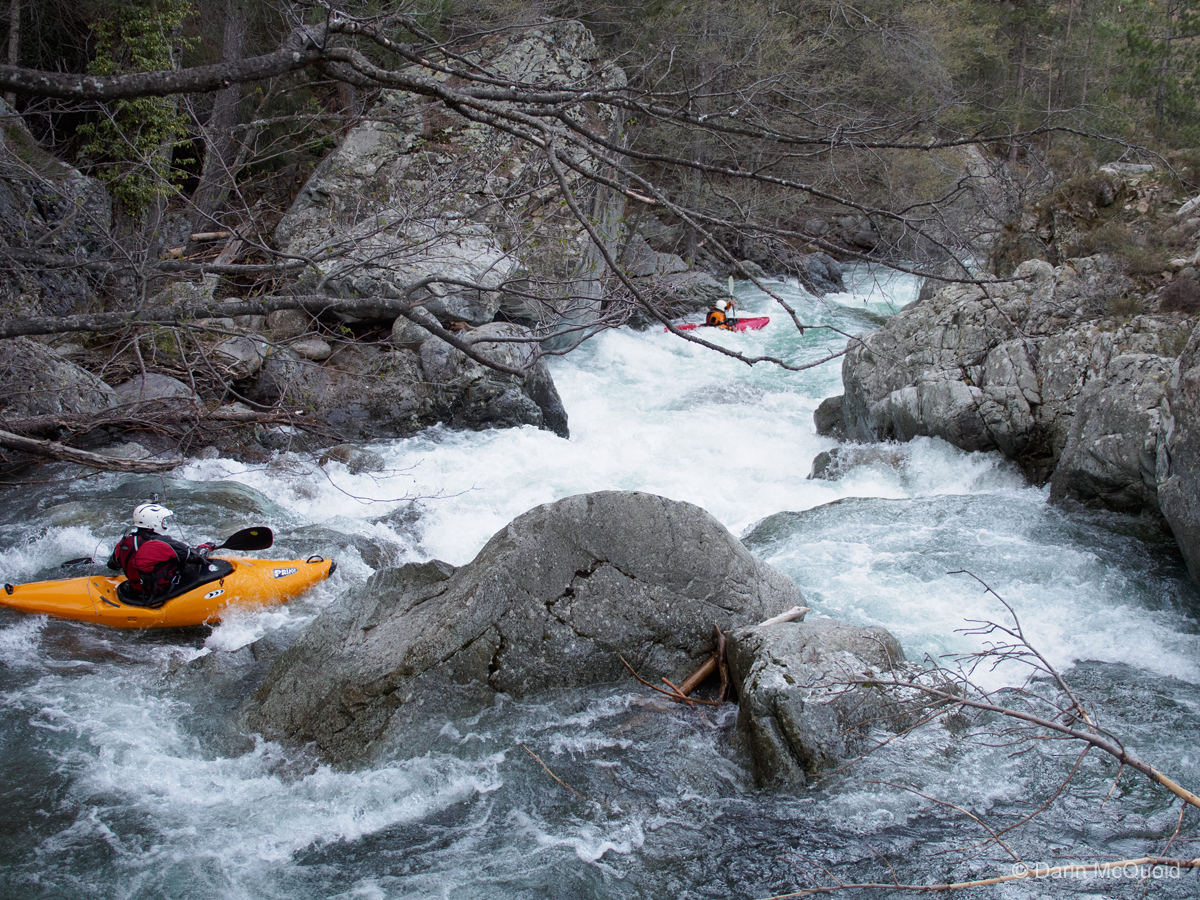 I was still a little on edge and scouted some extra bits. Rok Sribar paddles through some nice ledges. 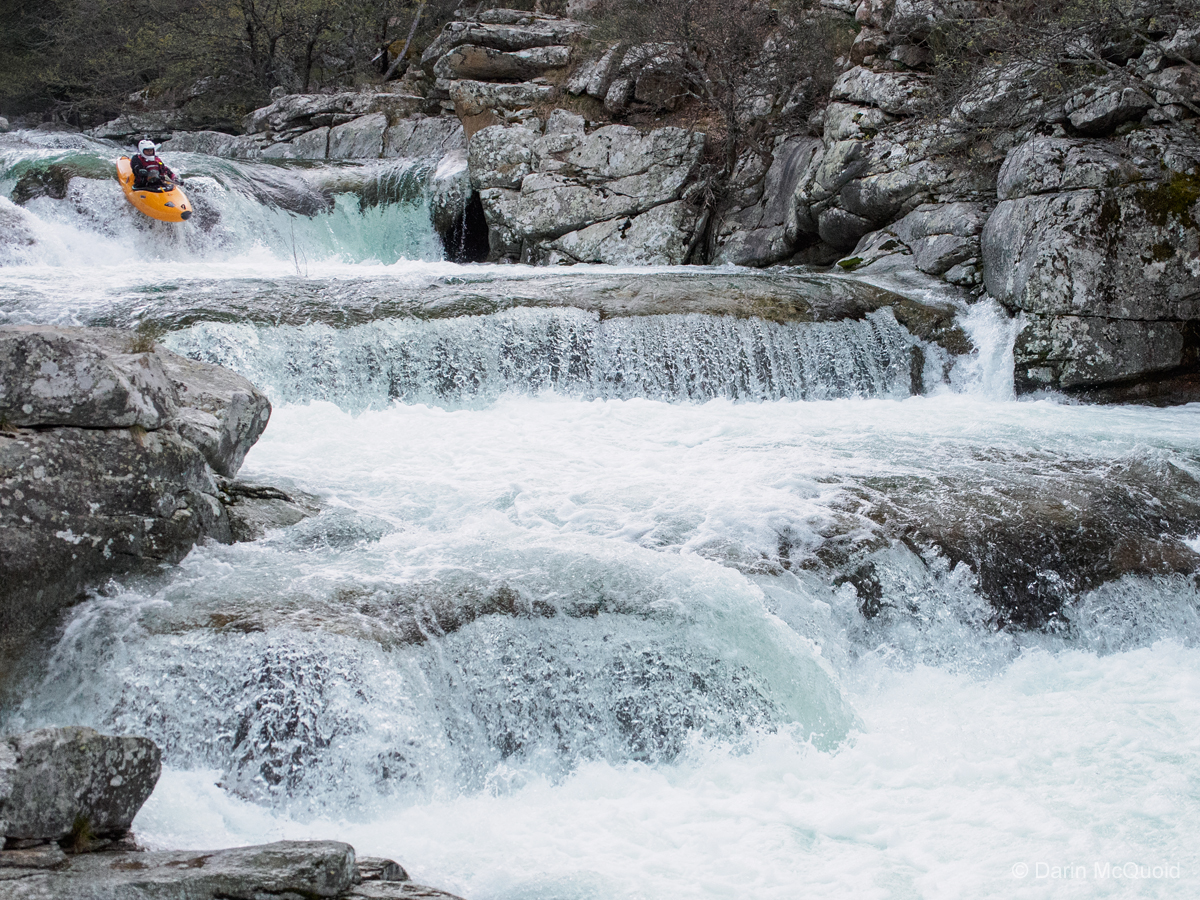 Our team reaches takeout  just before dark. Three rivers in one day, I didn't see that one coming. We head back to the campground on the Tavignano for dinner and good nights sleep.