To add a little spice to a great day on Clear Creek you can add in a short run down Five Mile Creek. Flows have to be high for this little creek to run, but when they are it's worth it. It's really just one rapid that you run. From the Clear Creek takout you drive about 200 yards up to the next small creek the road crosses over and park. Depending on your comfort level with wood you can put-in below the bridge and duck 3 major log jams, or carry down the right side of this creek for roughly 100 yards dodging plentiful poison oak and put in right above the drop. The drop is a 12' tall 16' long slide that bends to the right, a 5' long "pool" and a 6' ledge that has moving water into a clean 12-15' vertical fall. Ben Wartburg ran it first. He had a good line, making the initial slide look easy, but hit his bow on the rock to the left of the ledge, to straighten out and clean the rest of it.


The final falls. The ledge at the right of the first picture ends at the bottom of this picture. 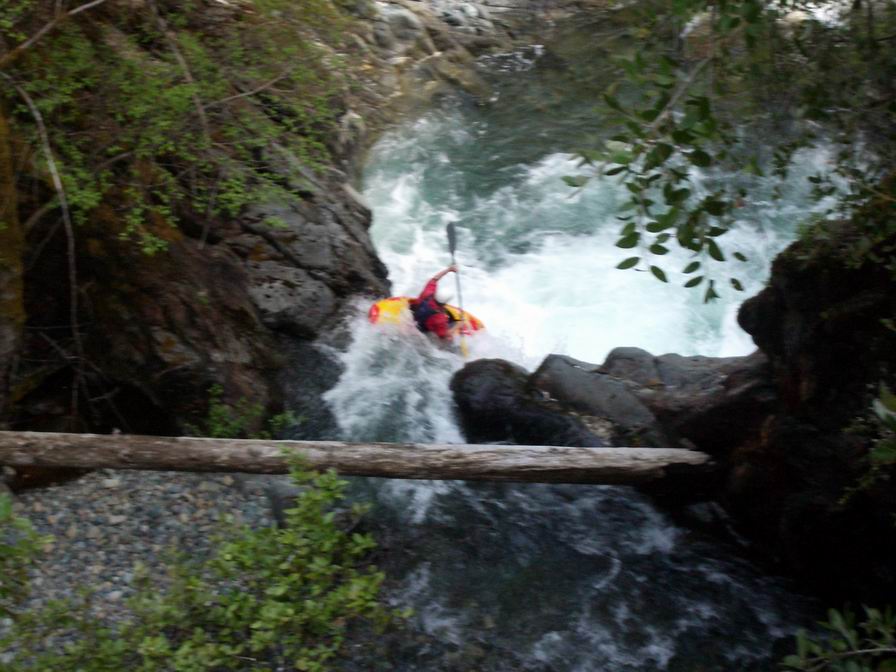 The next day Jon and I came back to run it. I think the water was a little lower. Jon, having no fear of wood, ducked all the log jams and went straight to the falls where I had hiked down to with my boat. I was on top scouting and taking pictures and after a quick scout Jon ran it. This slide pushes to the left into the wall, and Jon found out that a small underwater ledge also sticks out from the wall. About a half second after this picture the front of Jon's boat made contact with the said ledge and he flipped forward and landed upside down in the "pool" between drops. I honestly thought he was going to get hurt, but in classic Vengley style he rolled up while dropping over the 6' ledge and ran the waterfall at the bottom fine. Here he is moments before making contact. 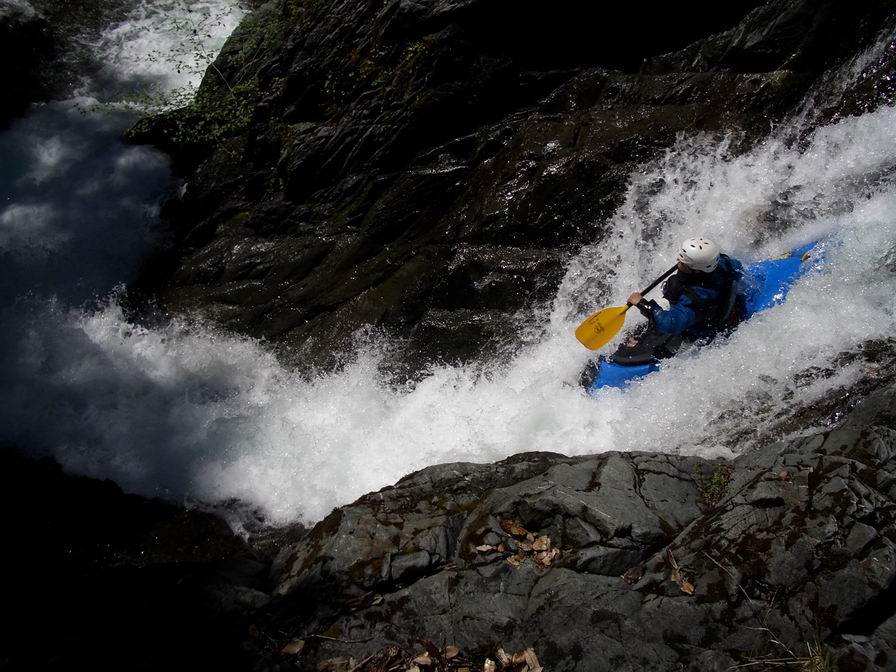 Post carnage I was highly motivated to be moving right down the slide. With minimal water flows it was pretty hard, I ended up taking the very bottom of the slide totally sideways, which actually worked out pretty well. I think this happened because I was leaning too far to my right while trying to boof, and landed with my weight on the right. It enabled me not to piton, and to have great setup time for the ledge, except I was so flustered I let myself get too close to the left wall initially.


Here is the video.


After the waterfall you are right above the Clear Creek portage and still get to run the last big one again. This is a great way to end a day on Clear Creek.