With two days of park and huck action behind us it was time to run some rivers. Well technically Eagle Creek could be called a run, but only marginally so. Now that we've spend a night in White Salmon we're able to connect with friends and head to the White Salmon River. This is all new territory for me, but paddling with locals we don't pay too much attention to beta and follow them around, first to the Farmlands section. Beautiful canyons with some nice rapids. We don't get out until Lava Falls where options are considered 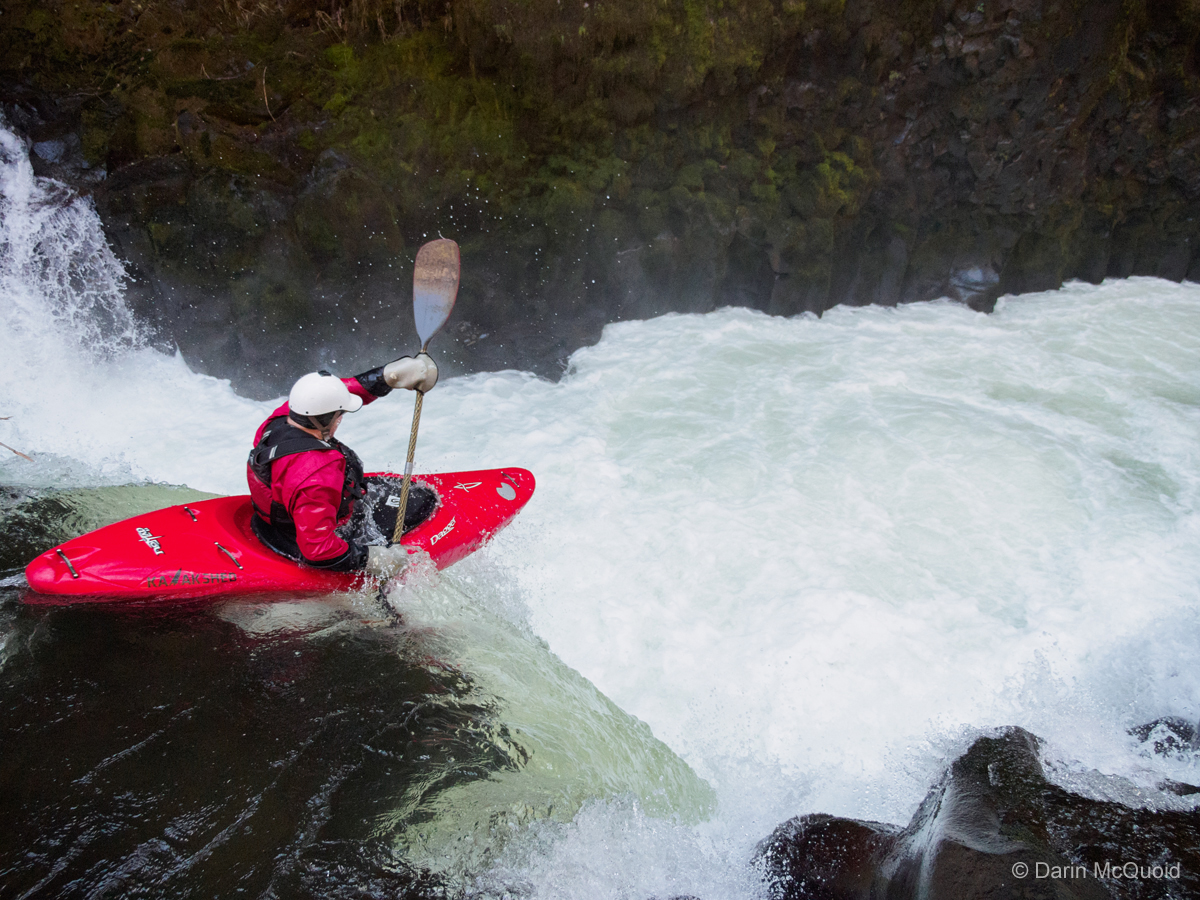 Jonas Grünwald at the lip of Lava Falls. 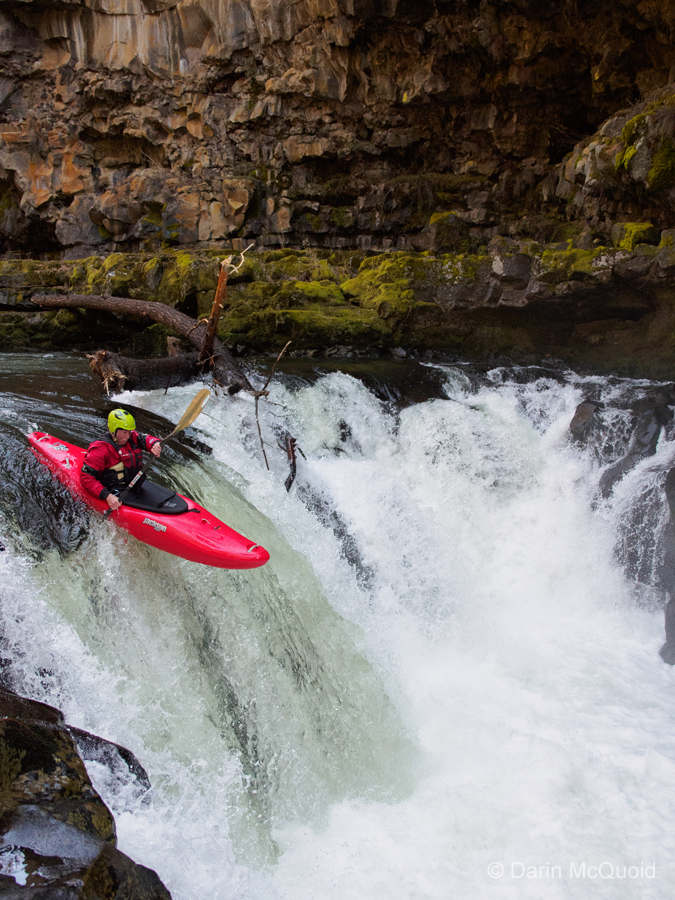 Looking downstream from Lava, what a glorious canyon. 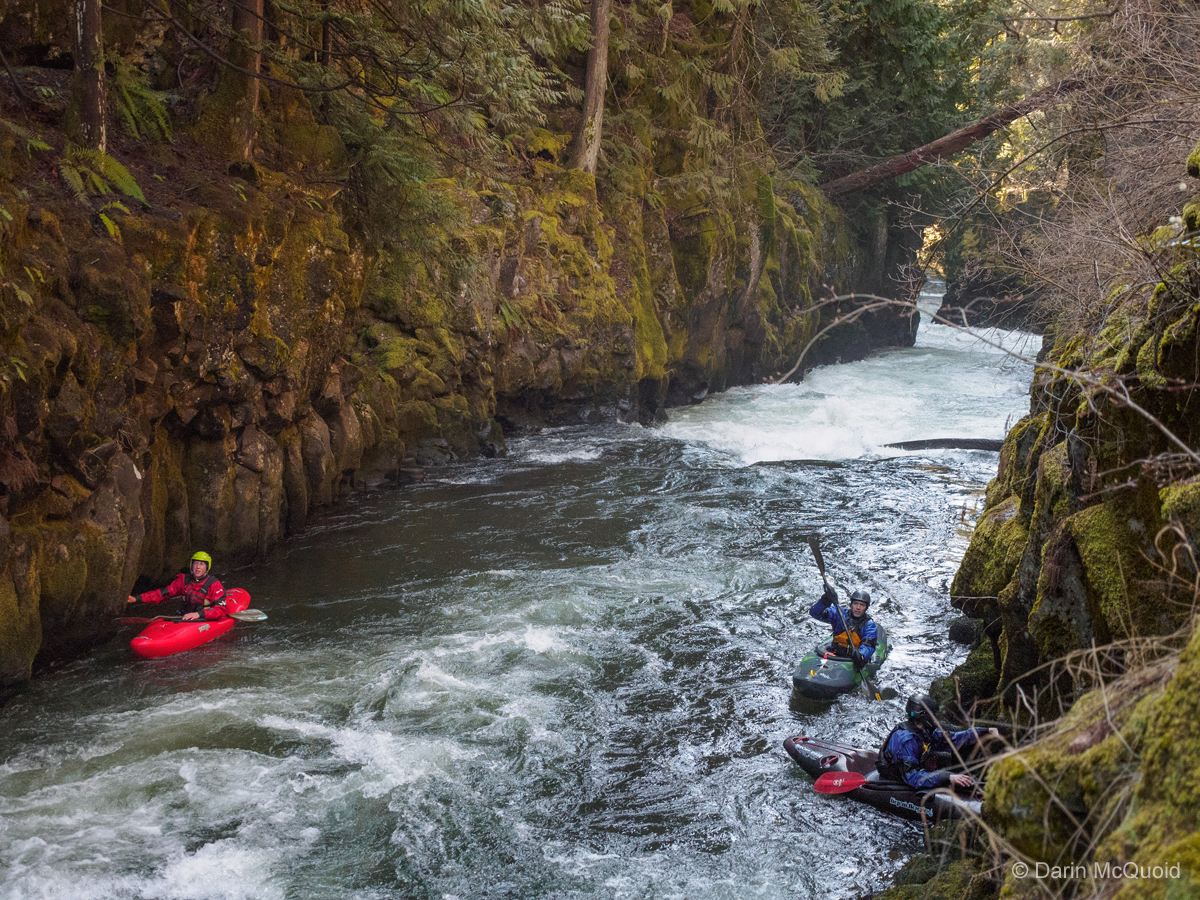 The rest of the run cruises by in a blur, and we get beta for Off Ramp, which Nate Herbeck runs below. 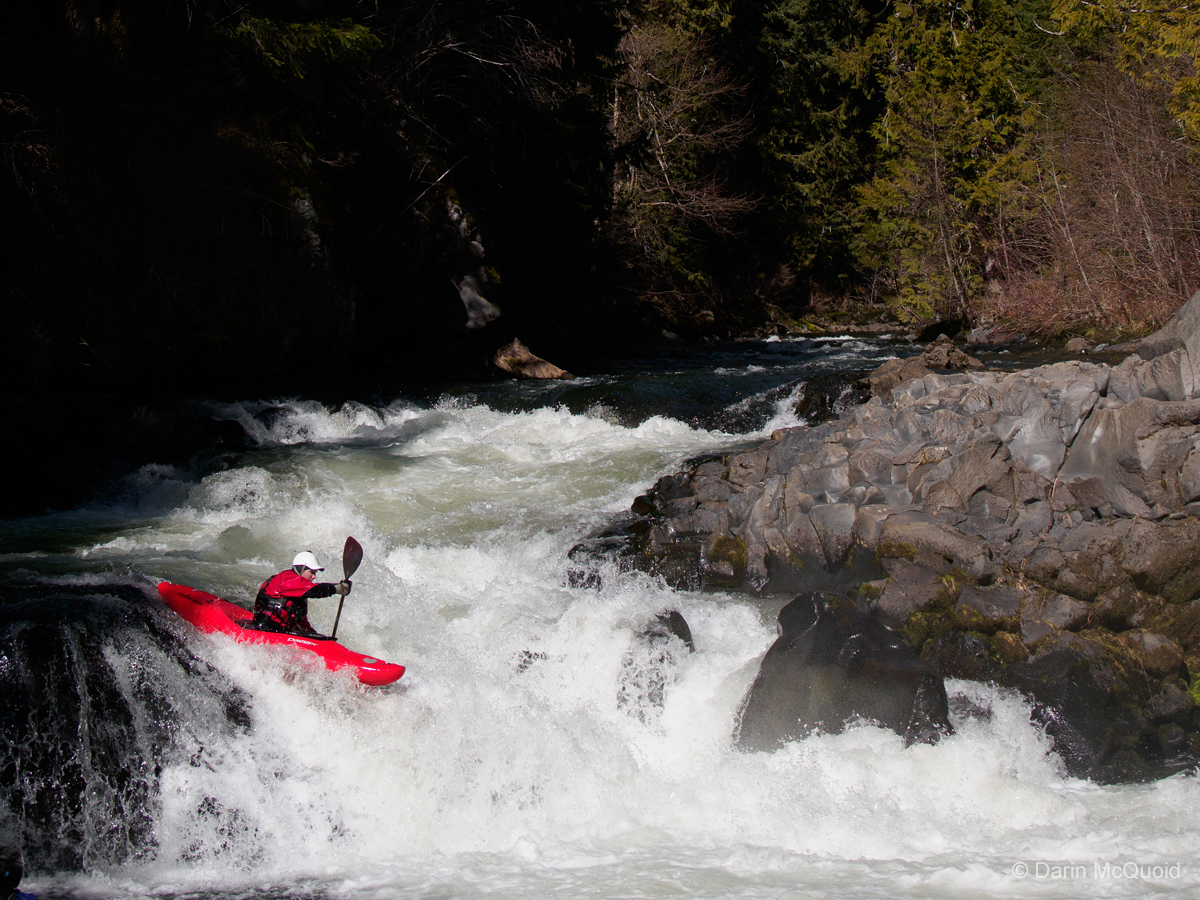 It's already late in the day, but Nate knows the run well so Jonas and I follow him for a quick no scout lap down Green Truss. It's a fantastic section, we finish with smiles plastered to our faces. 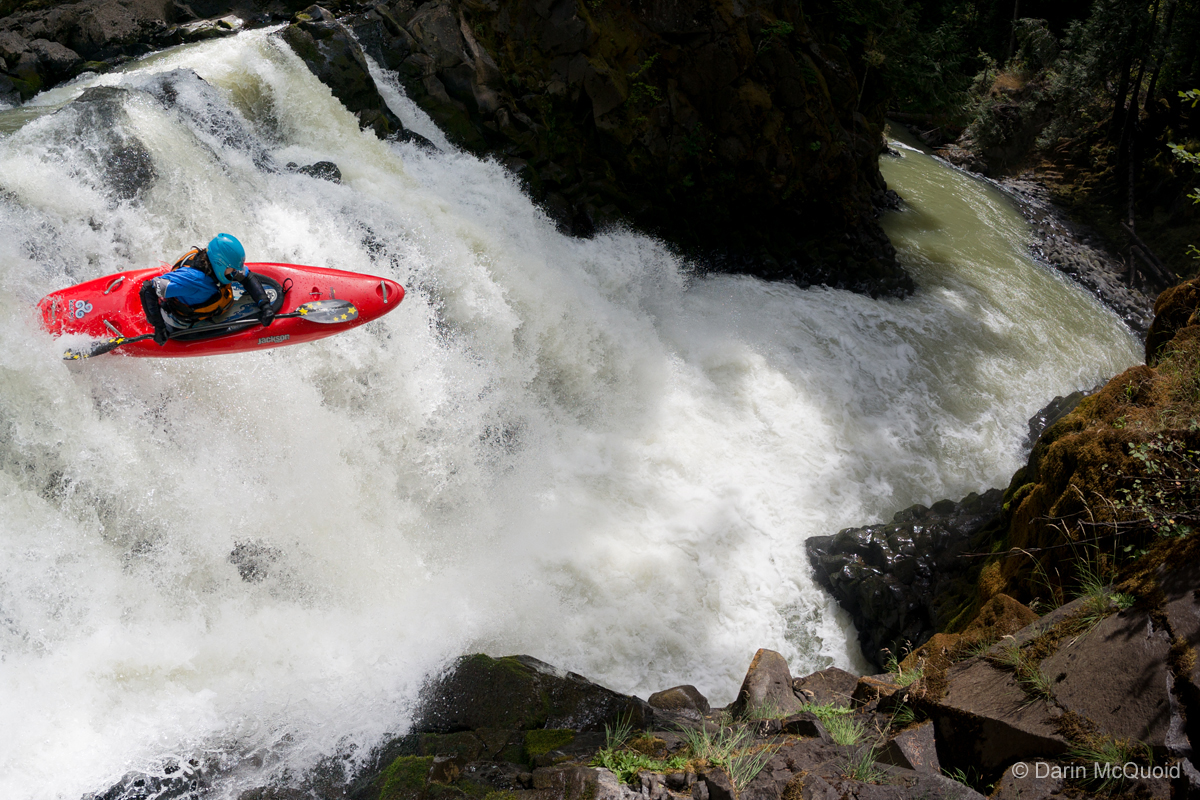 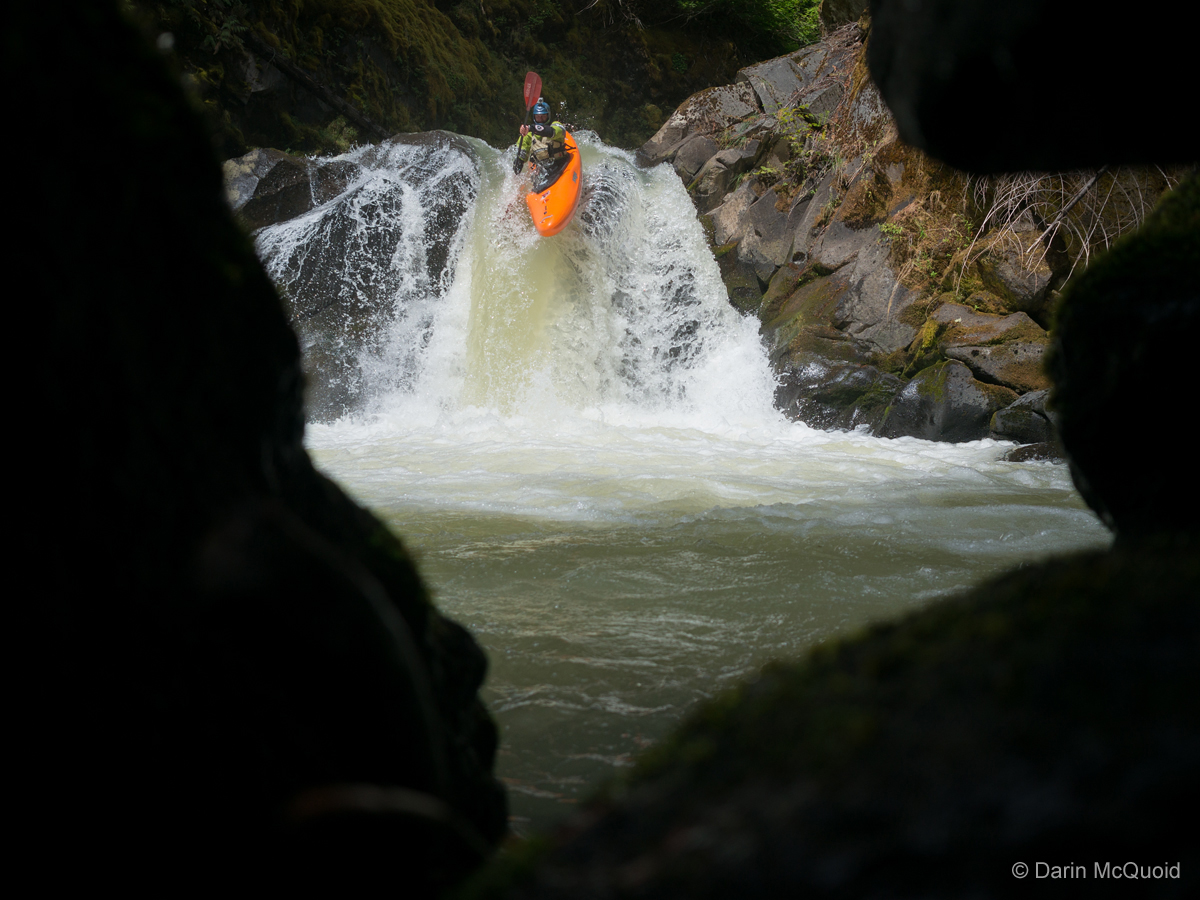 On the shuttle it's apparent why they call this the Farmlands section. 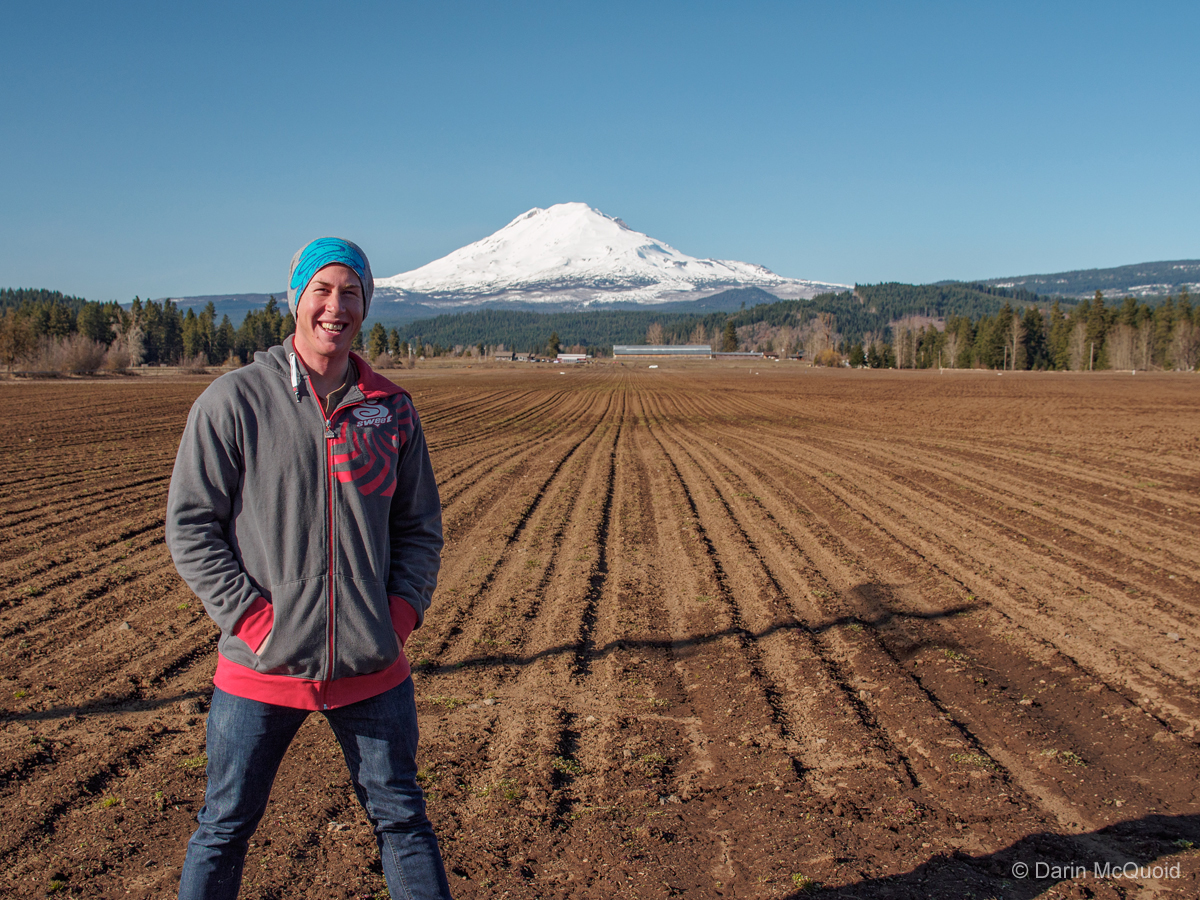 With the White Salmon behind us it's time for something else, and the Little White is in but low. How low I don't exactly remember, but locals say it's on the lower end and I believe them.

Jonas Grünwald with a nice line. 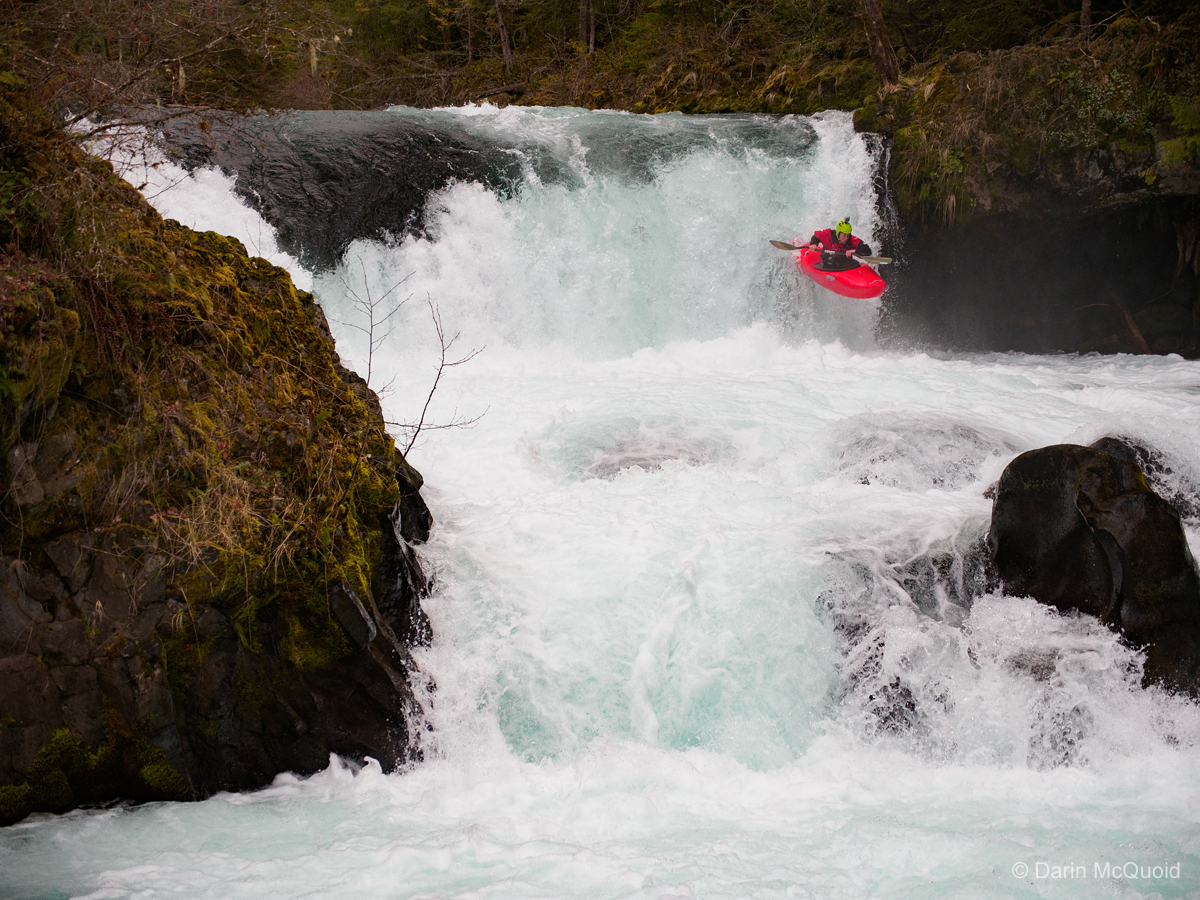 I fall into the Little White cliche and just get photos at Spirit Falls. Jonas Grünwald. 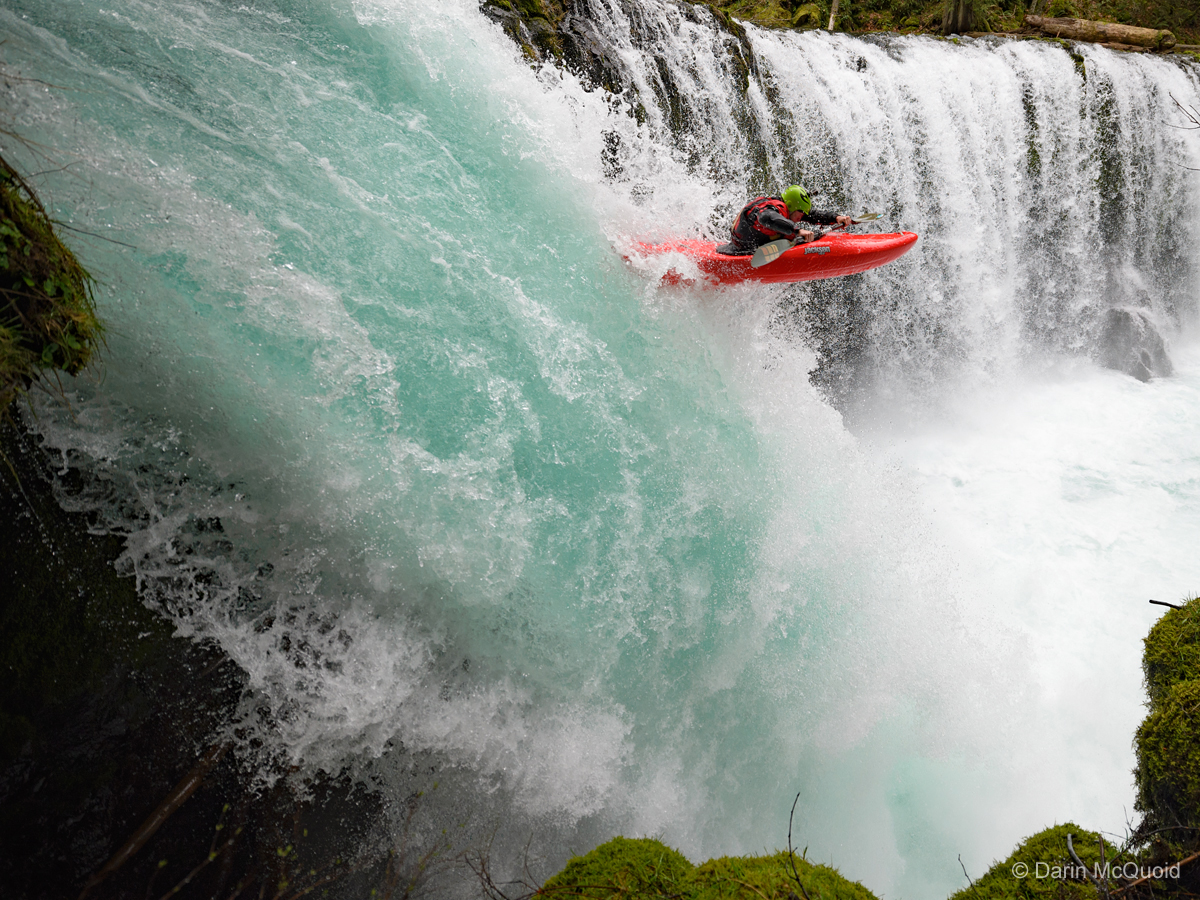 Spirit has some random luck to it. Jonas has boofed it 5/5 times running it, but the last one hurt his back. 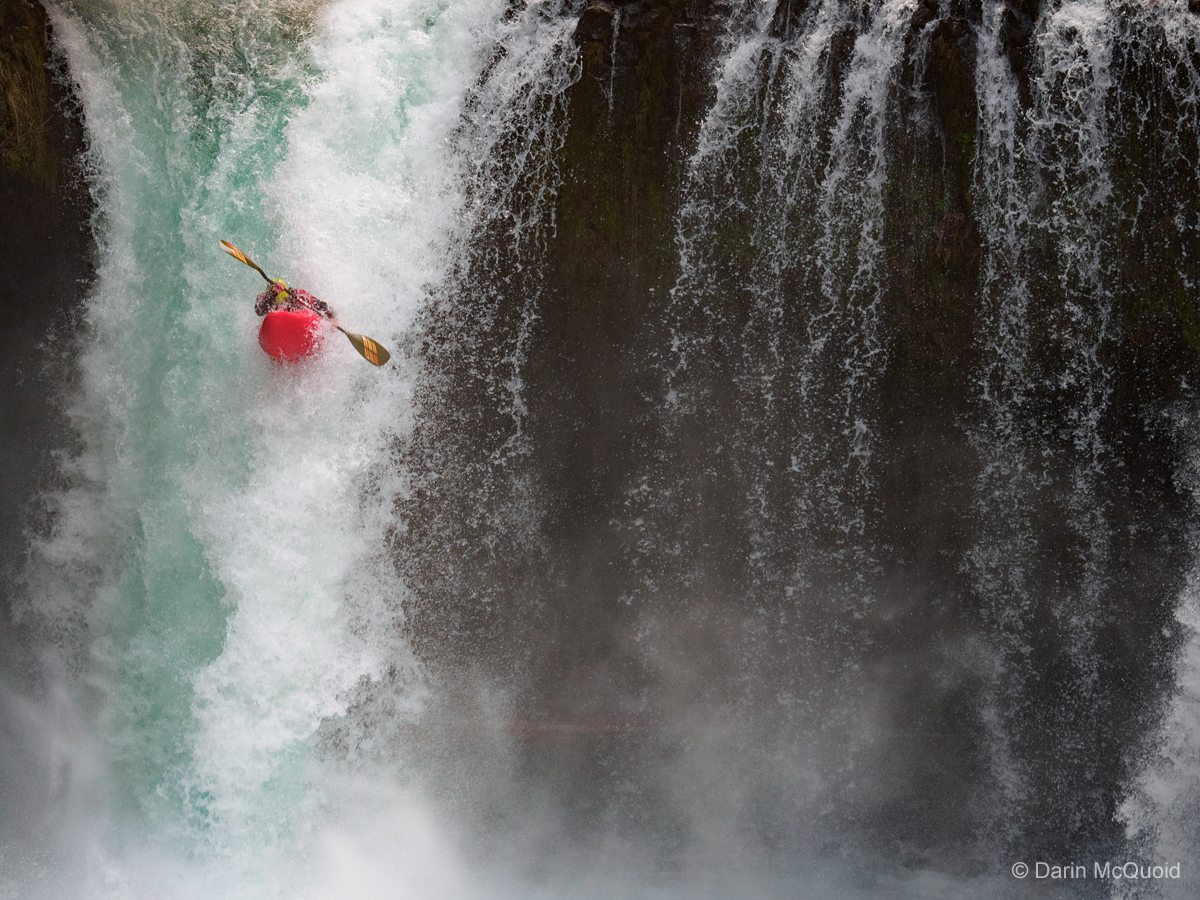 This day I made a commitment to never paddle too hung over again. Despite plugging, dropping my paddle, imploding my skirt and having the buckle on my helmet break everything worked out ok. I and my gear, minus an elbow pad, resurfaced on the left behind the falls and I was able to roll up on the rocks and put the pieces back together. 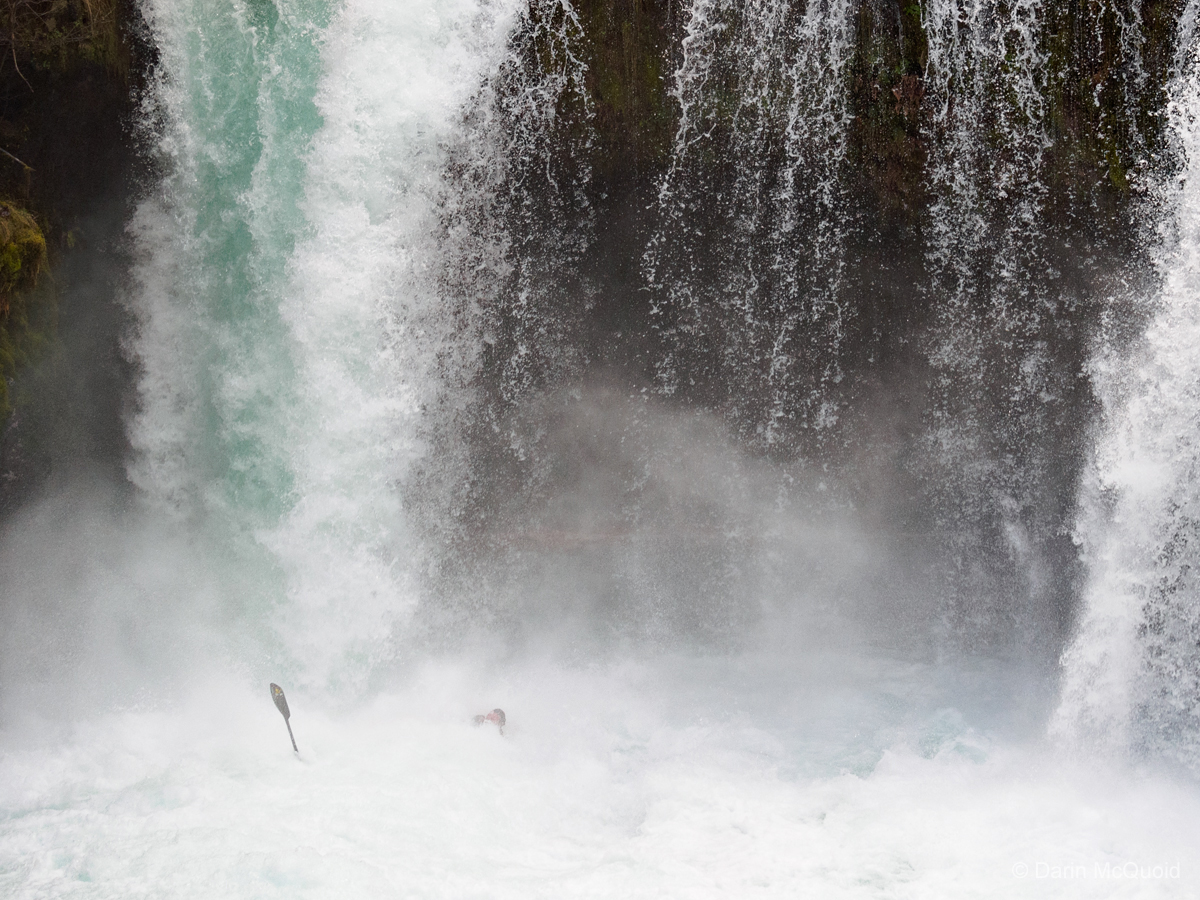 The scenery on this river really is quite breathtaking. The author catches the eddy above chaos. 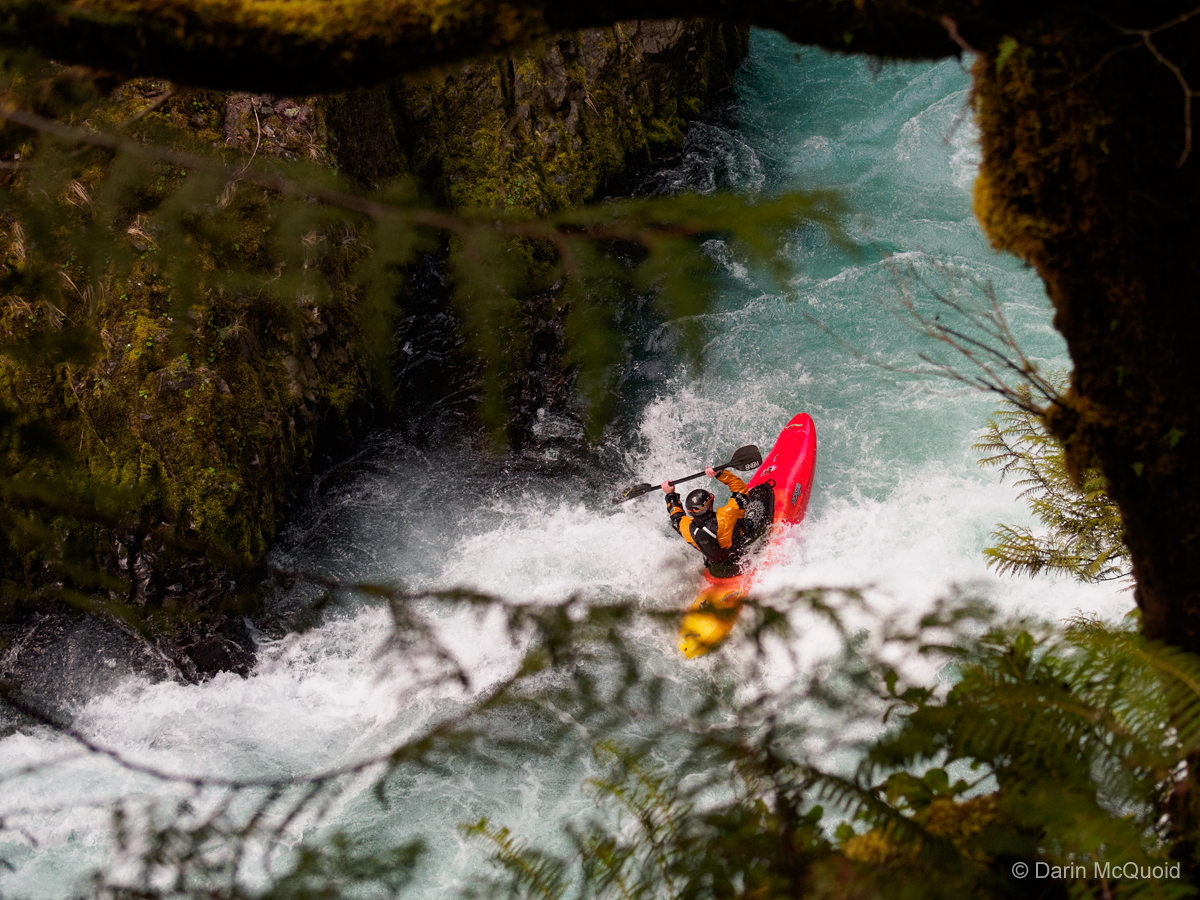 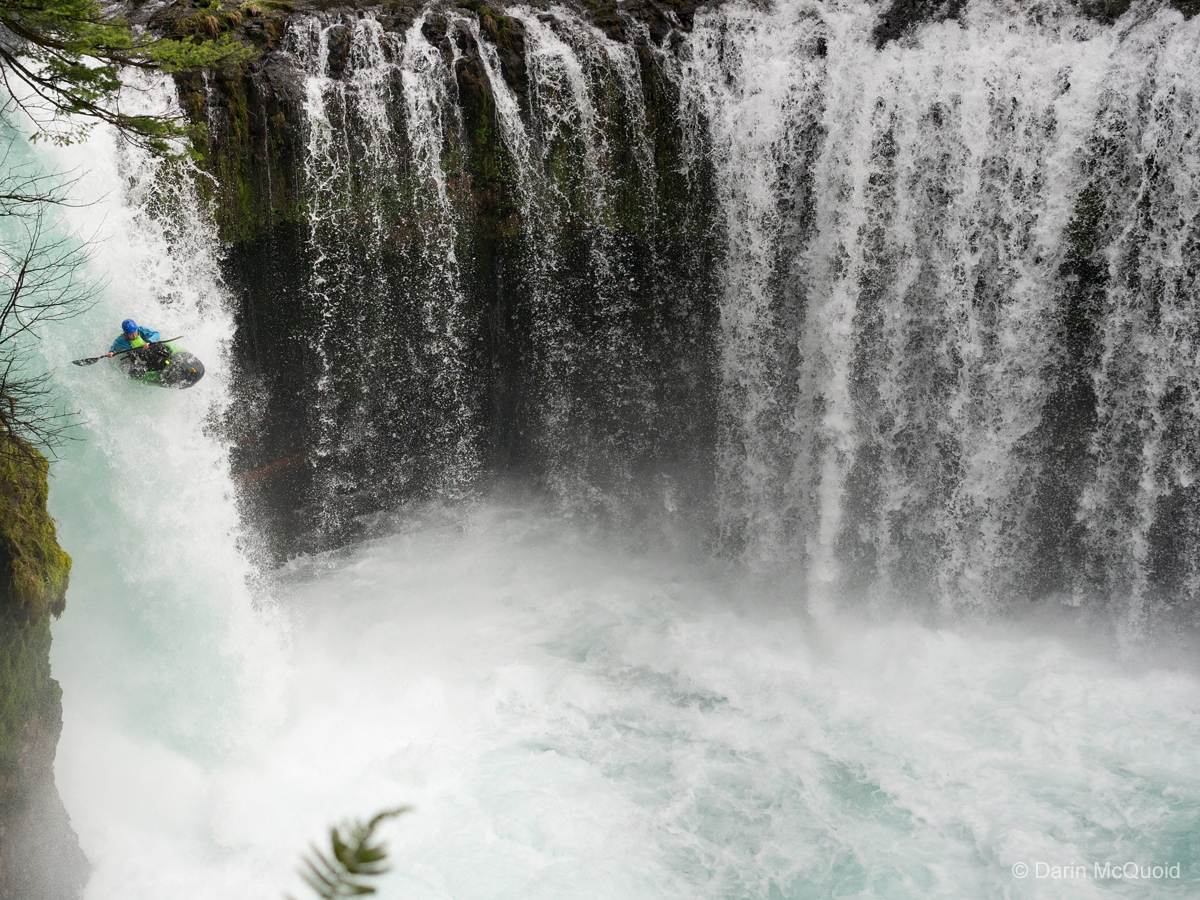 So much has been said about the Green Truss and Little White that I have nothing to add. They are fantastic rivers. Thanks to Heather Herbeck for loaning me a boat, and all the hospitality in White Salmon. We have just one more classic on our hit list while we're up here...Celestial Falls tomorrow.