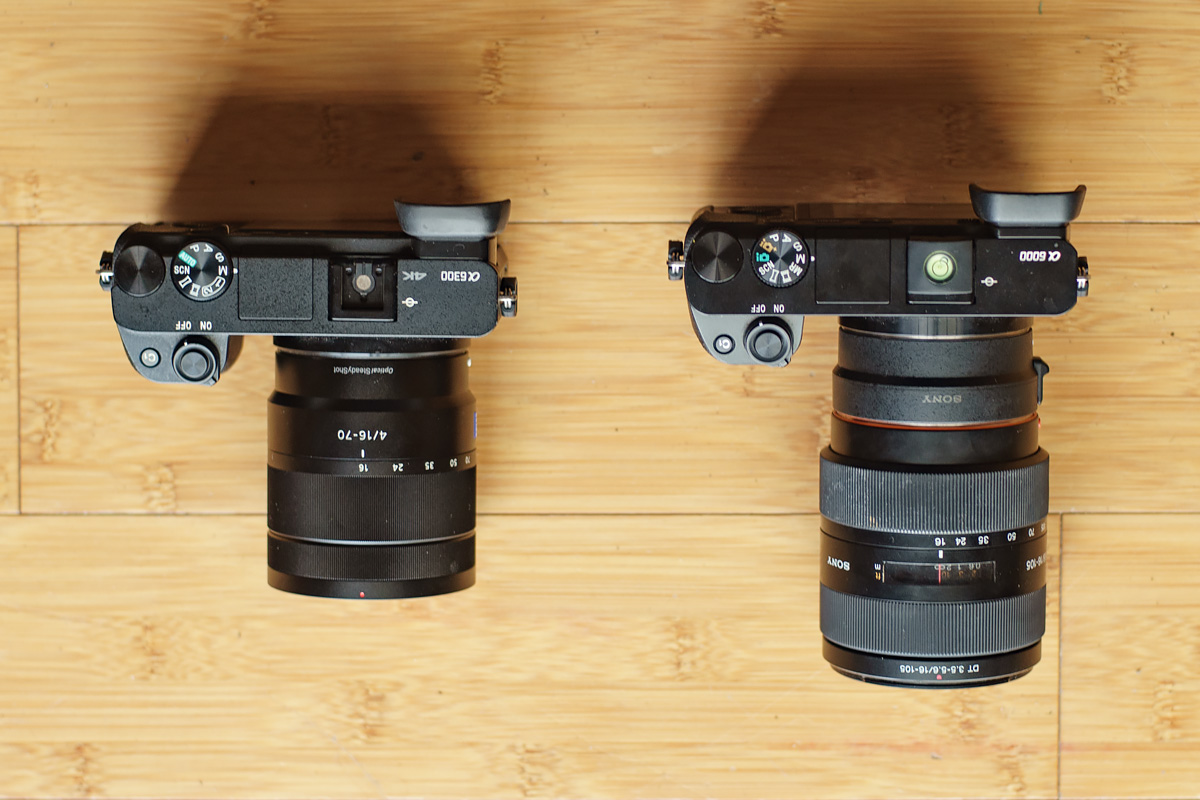 This is the second time I've owned the Sony Zeiss 16-70mm f/4. During my non-ownership period I thought the Sony DT 16-105mm might make a good, less expensive substitute. As the above image shows, the size is not really comparable, and the Sony DT 16-105mm has terrible handling on the A6000 or A6300. It's front heavy, and focusing is not that accurate on the LA-EA4, yet it is also a terrible manual focusing experience on the LA-EA3. It has a terribly short focus throw, and as will be seen here, has issues with focusing to infinity. Of course this side by side look is at one copy of each end, and Sony is notorious for poor quality control, so take everything with a grain of salt.

Don't care to read the whole thing? Performance is remarkably similar between the two lenses, yet out in the real world the Sony Zeiss 16-70mm produces more consistent results because of better auto-focusing. AF on the Sony DT 16-105mm with the LA-EA4 is often off, and manual focus is a dreadful endeavor. Typically stunningly sharp in the center wide open, the Sony Zeiss 16-70mm is no stunner in the corners, even stopped down. On the other hand it's light, handles well and is a beautiful match for the Sony A6000 series camera. Both cameras have very different white balance results, but in the modern world that's easy enough to fix. The Sony DT 16-105mm can also be prone to veiling flare at times, especially with highlights - not a lens for whitewater kayaking unless you can stop down at least one stop.

One can look at the Sony Zeiss 16-70mm f/4 OSS in two ways. In one light, it's rather unimpressive for an optic that has an MSRP of $1,000 - sharp in the centers yet never crisp in the corners. On the other hand you can look at it as a fine example of engineering; a combination of solid optical performance in 3/4 of the frame, useful focal range, constant aperture, OSS and silent focusing all fit into a package the size of a Canon or Nikon 18-55 kit zoom.

The Sony DT 16-105mm is surprisingly good optically for a lens that can be had so cheap, but crippled by an outdated and inconsistent focusing system.

Typical business; shot raw images on a Sony A6300, mounted on a  tripod, same shutter speed for each aperture, OSS off, identical white balance, focused to infinity in 10x live view at widest aperture and finally, converted via ACR with default settings for sharpening, the only non-standard setting if the camera profile being neutral. 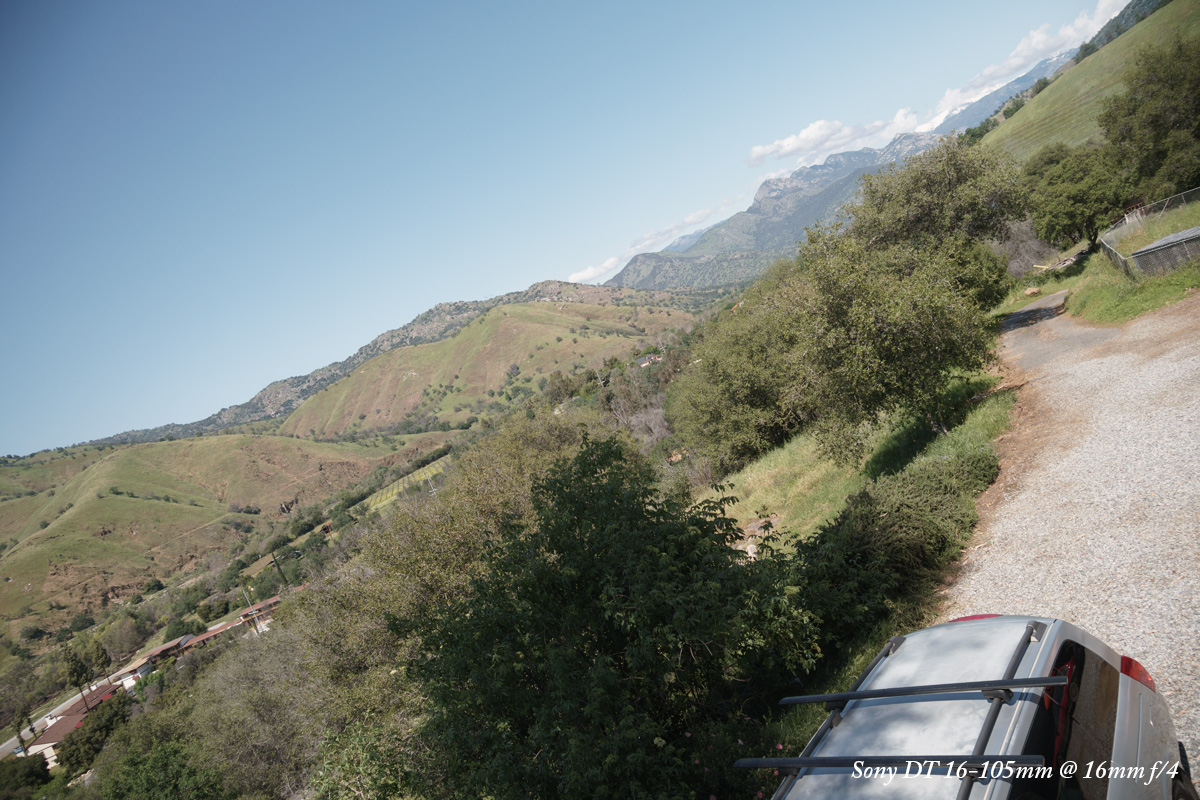 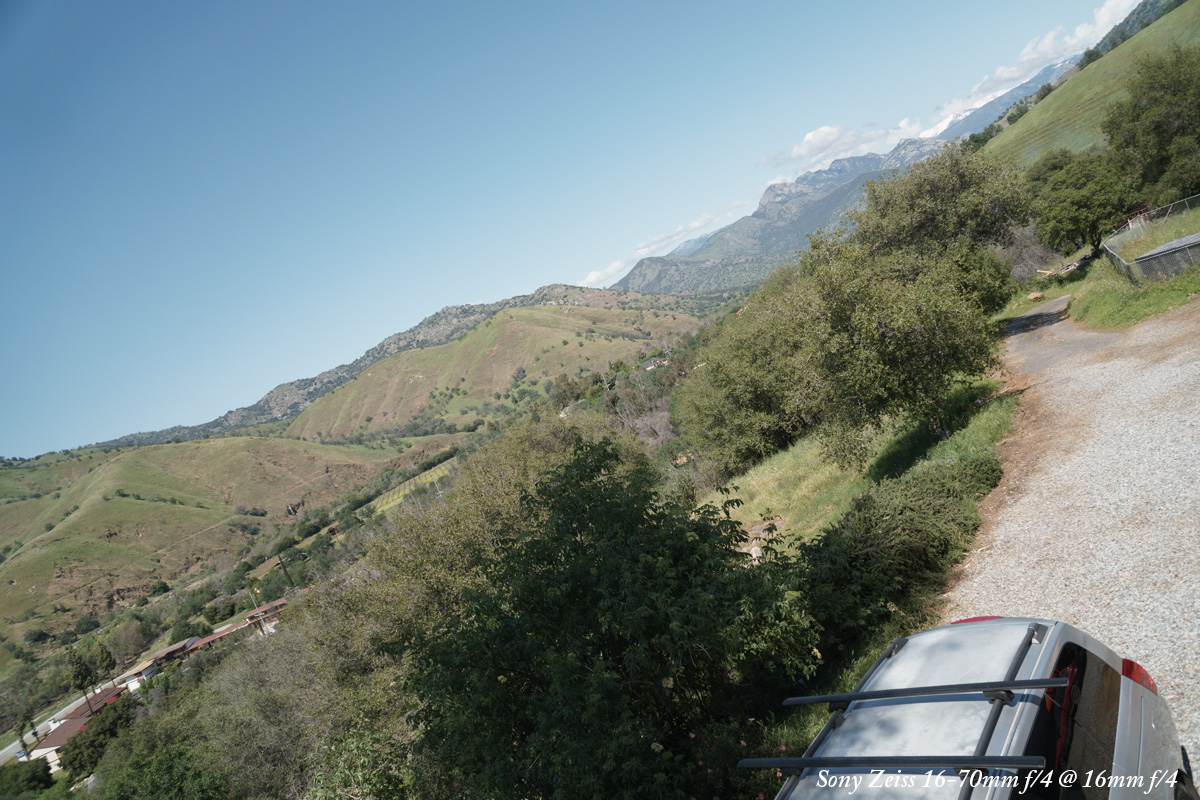 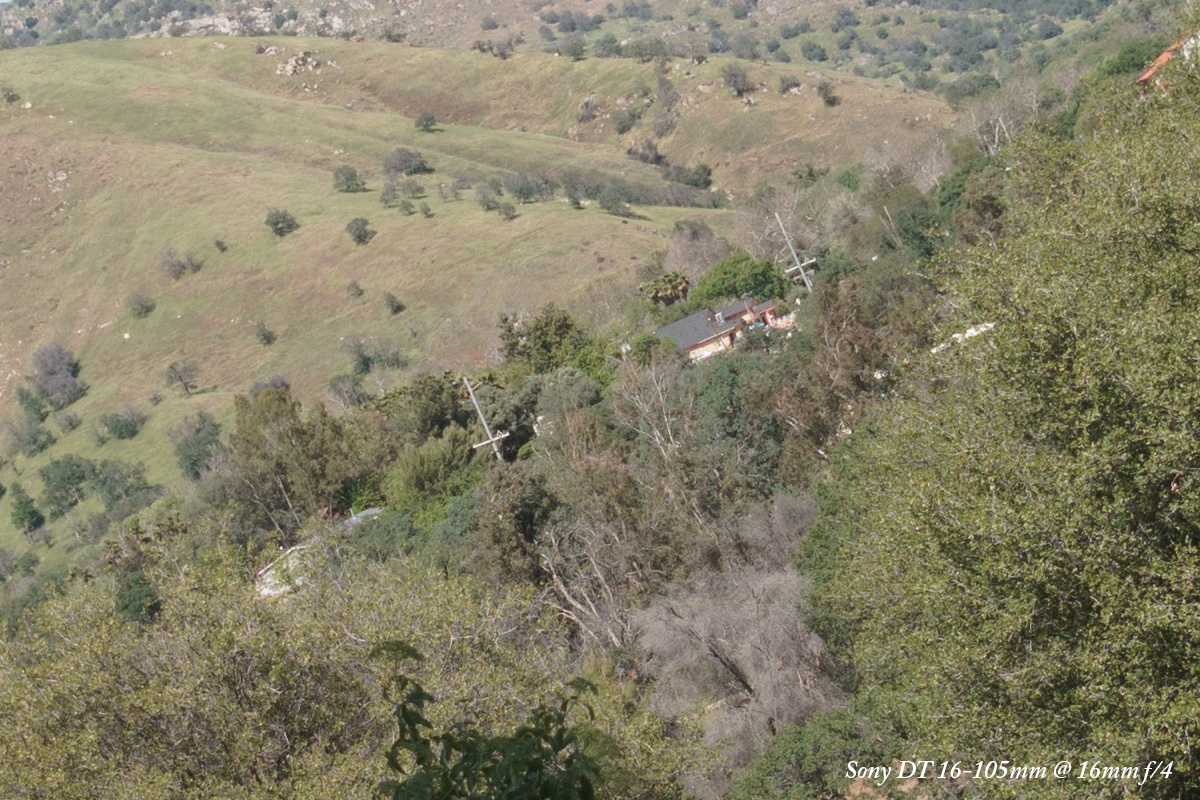 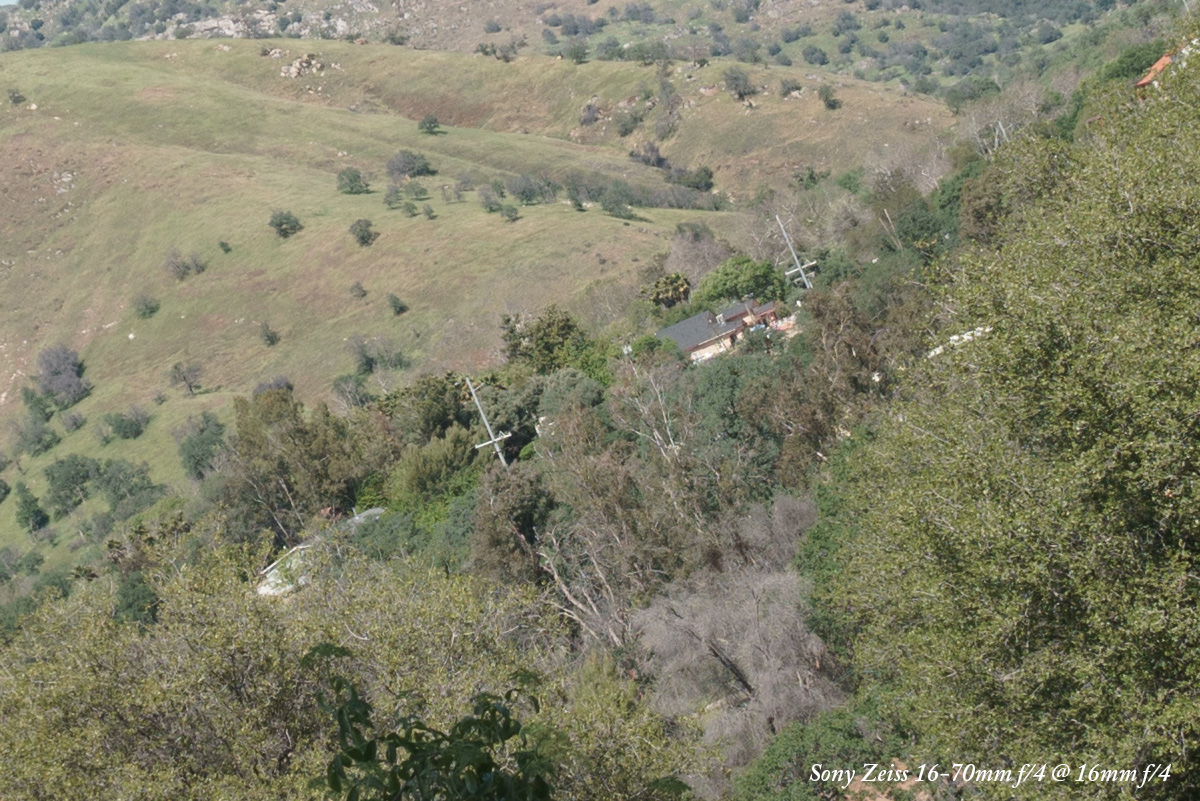 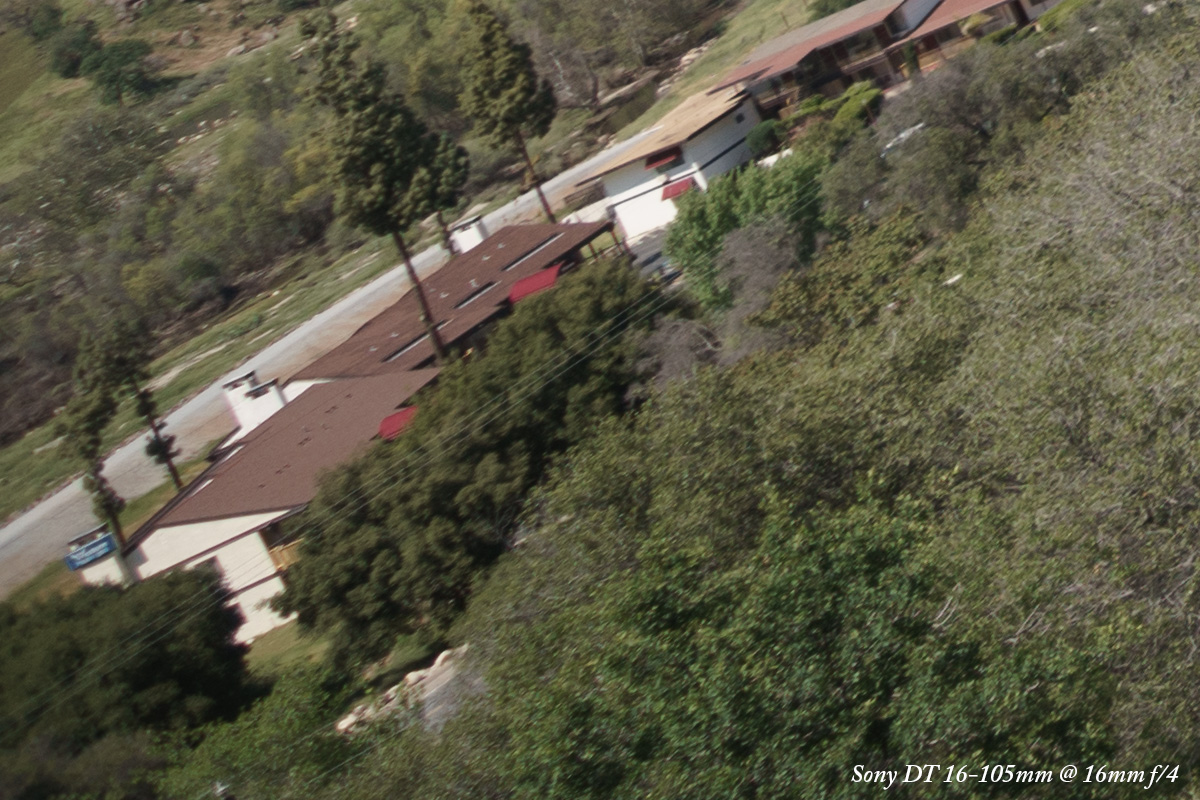 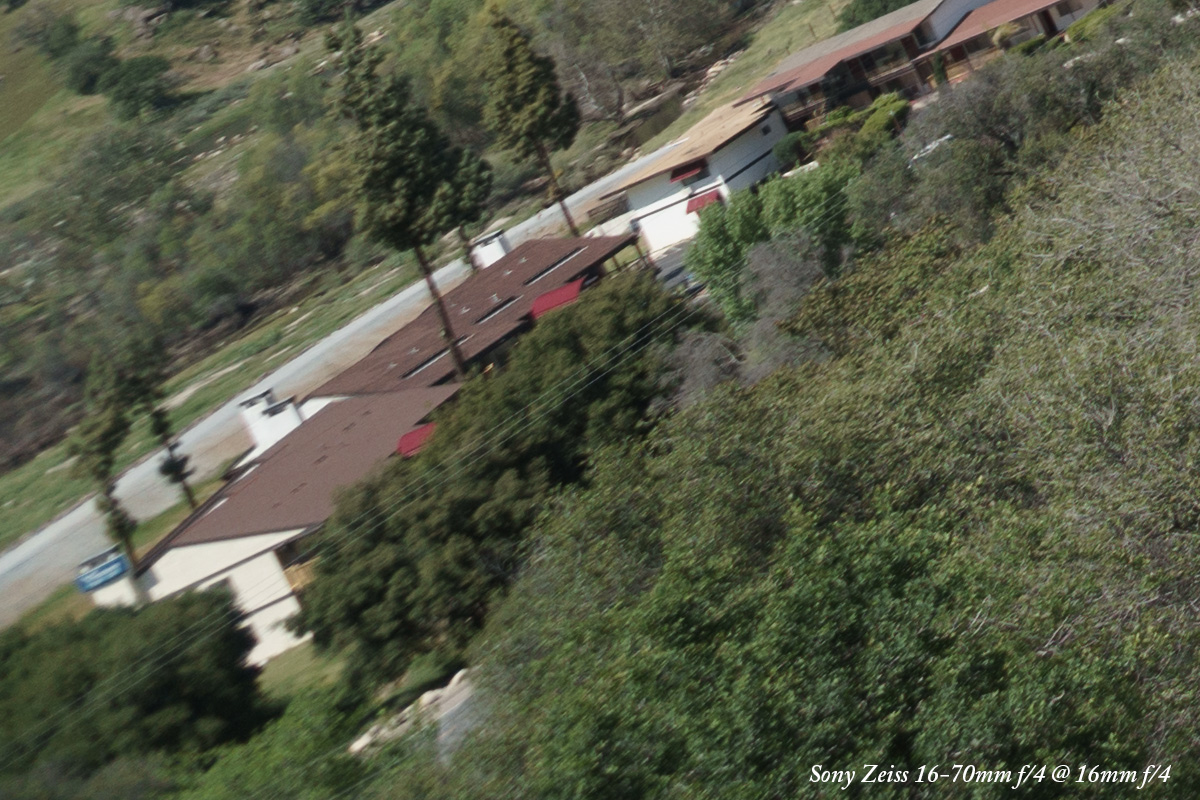 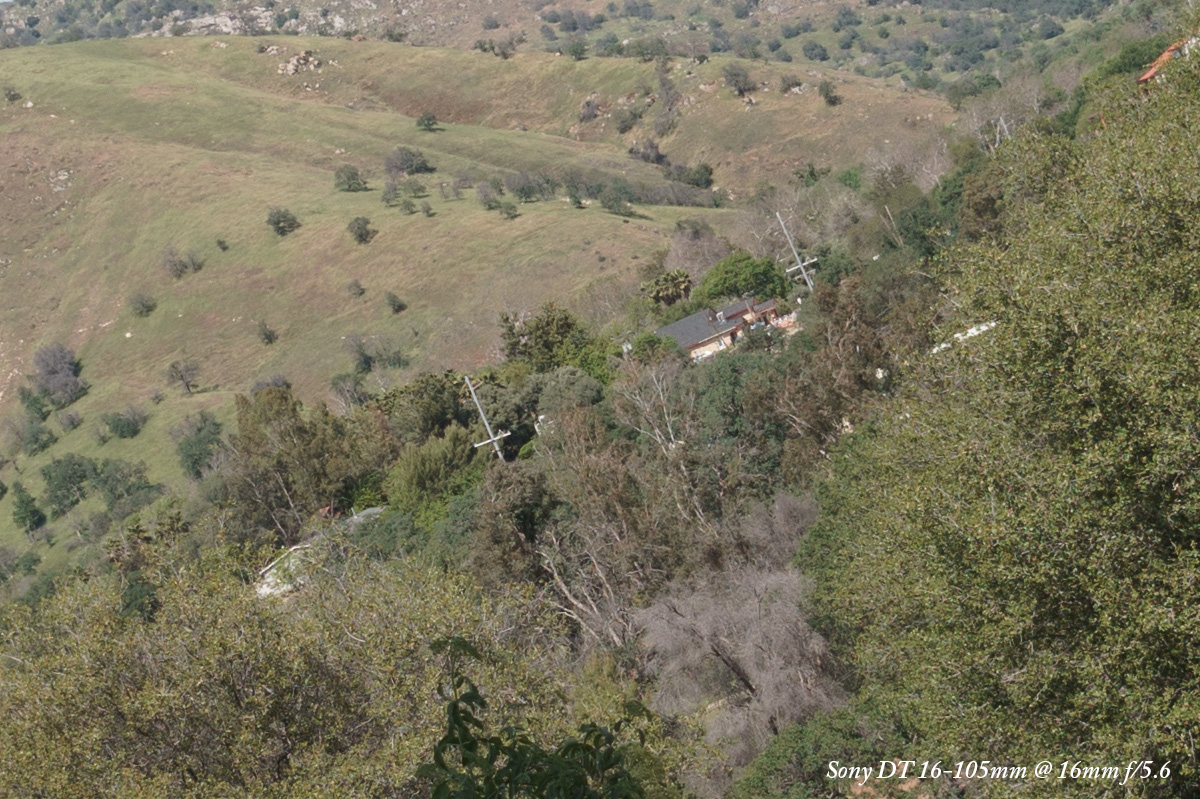 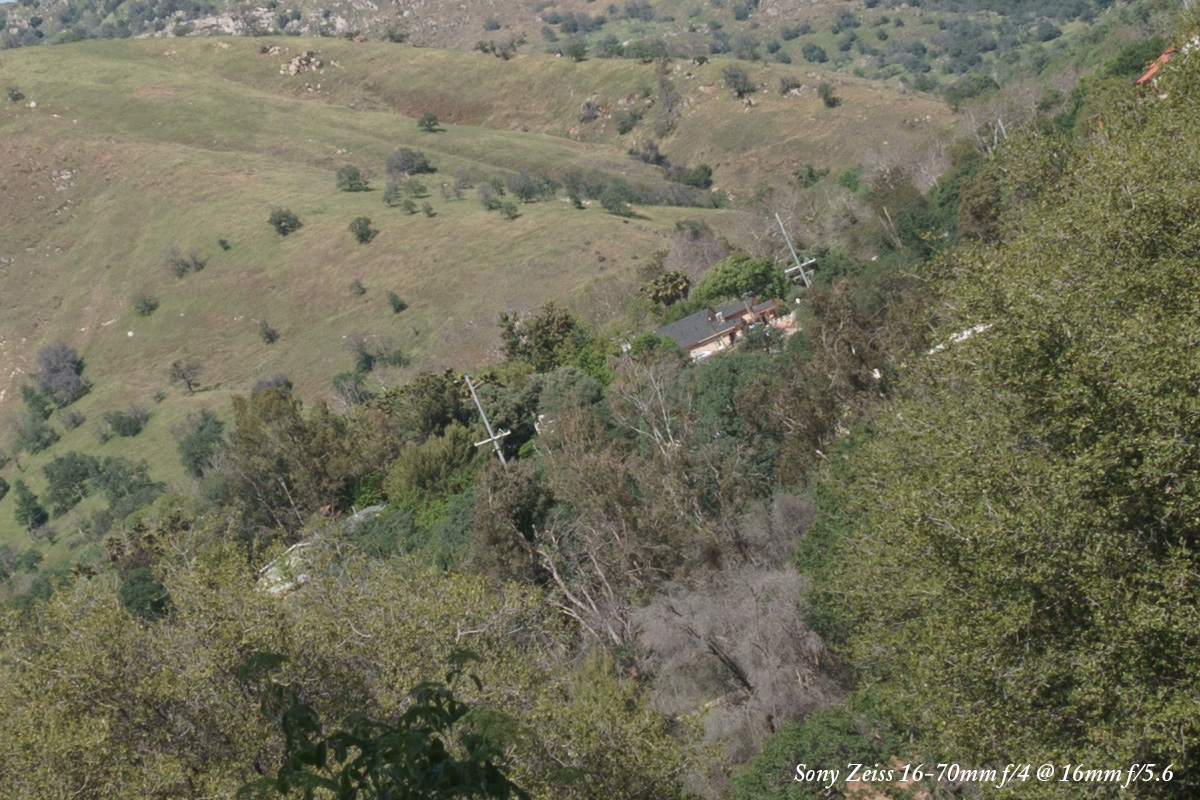 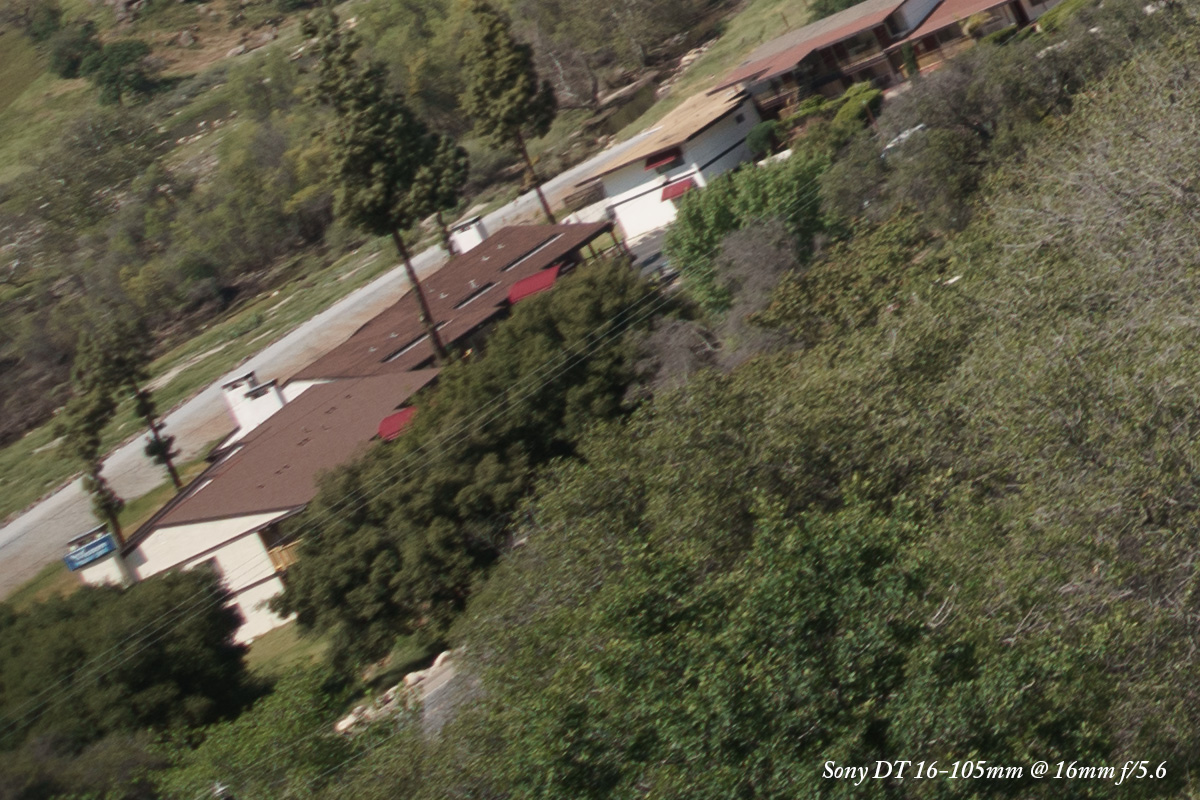 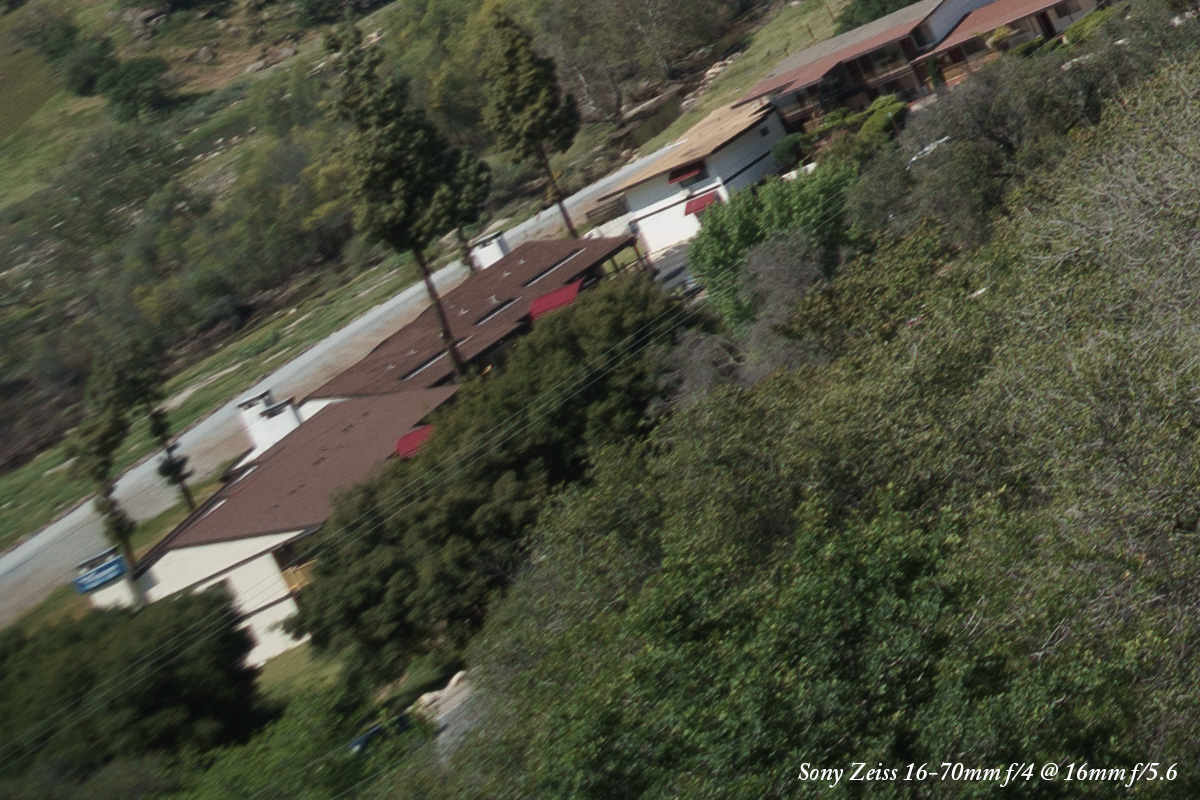 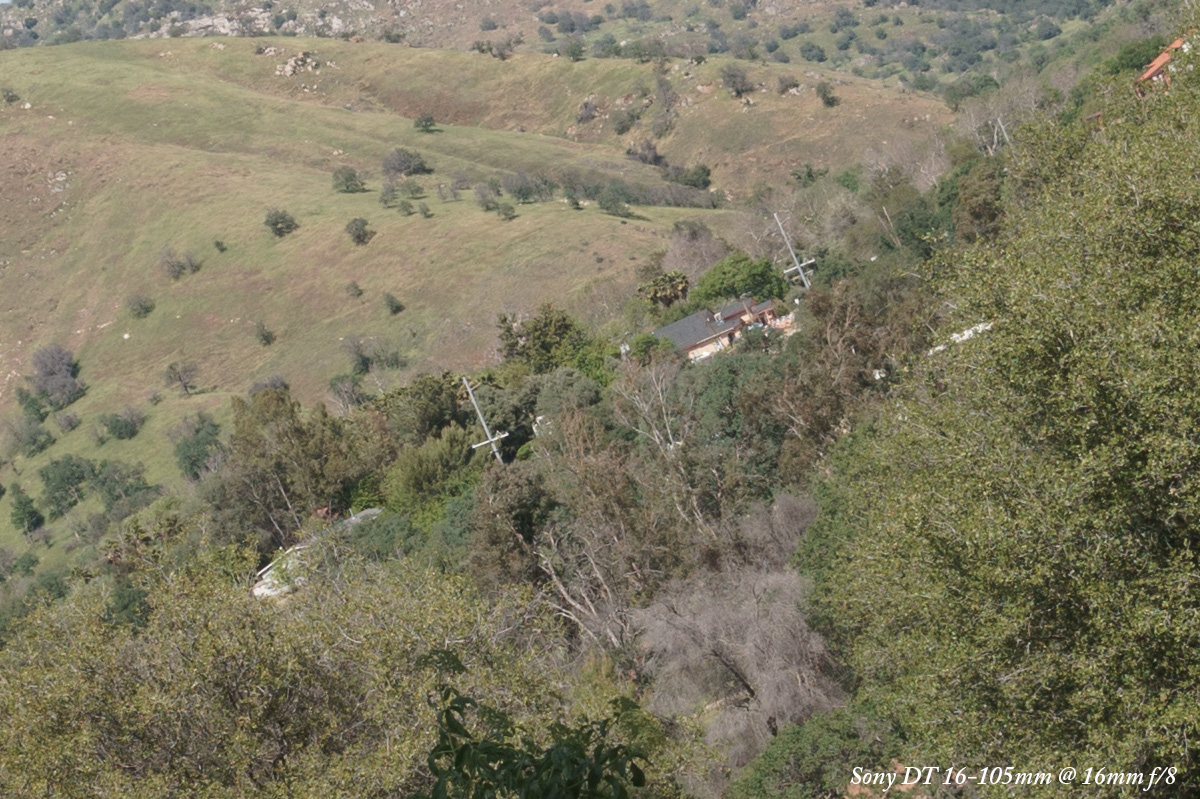 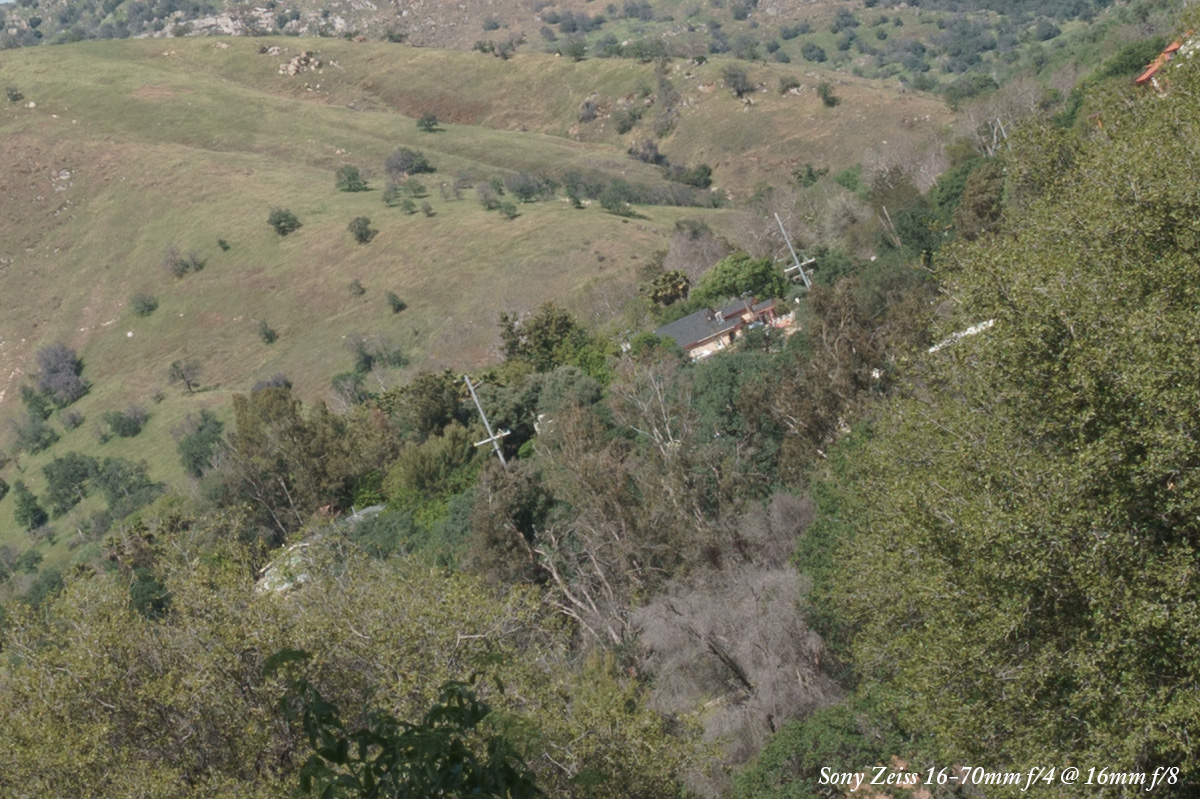 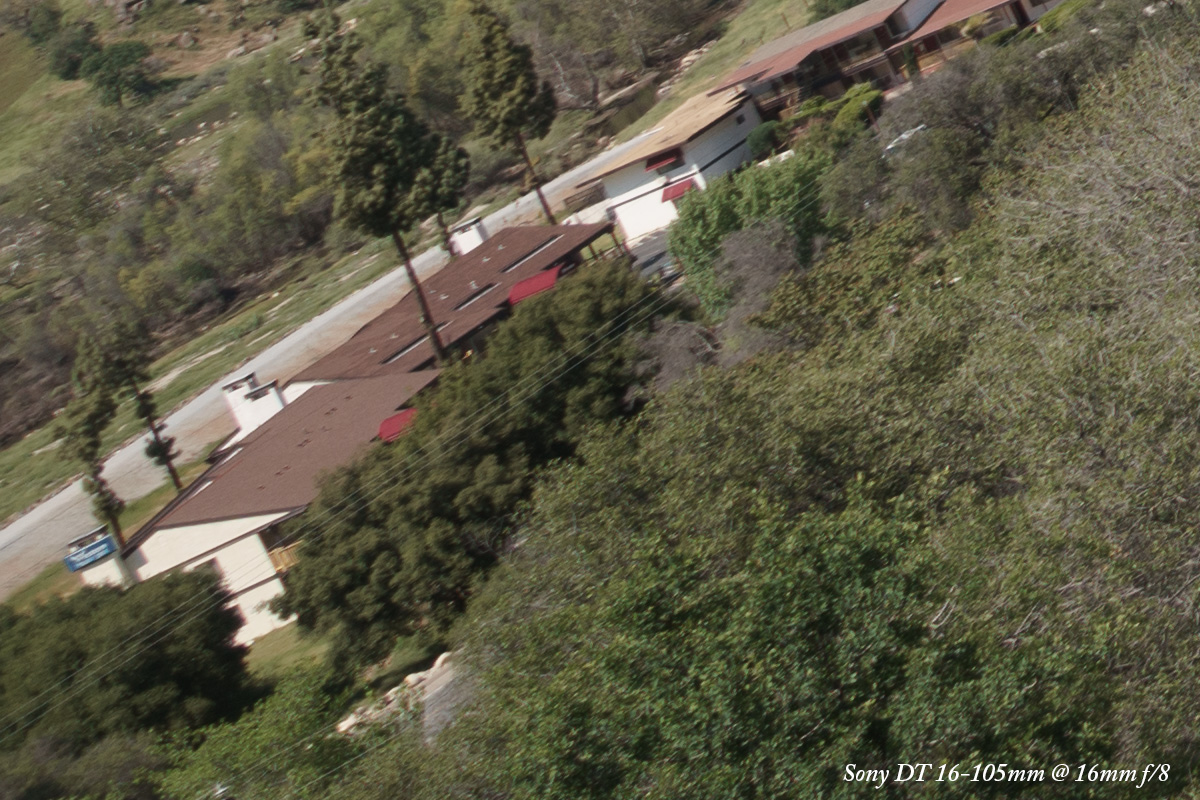 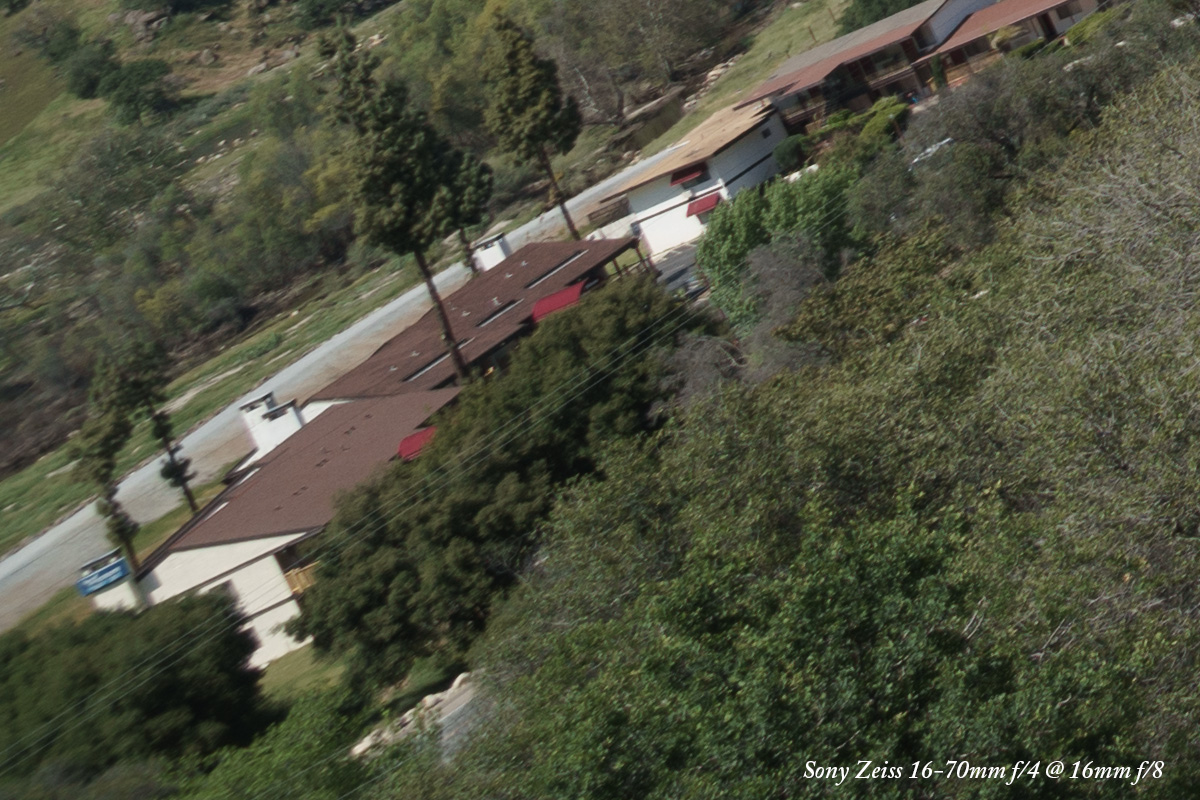