After a night at Snøheim we caught the morning bus to Otta and strolled around town. As we were strolling Manuel Köhler, Michael Wutti and Rok Sribar were just finishing the long drive up from Austria. Modern technology made it easy for them to pick us up on the side of E6 and we headed up to the Sjoa for dinner and a quick run. We spent some time outfitting our boats and at ten pm put on the Åmot gorge. What a great experience of great big water to start the trip off. Sorry no photos as it was so late and getting a little dark. In the morning it was decided we would run the nearby Store Ula, famous for Matze's Drop and some fun slides. I was along for the ride on this trip and didn't know too much about anything.

Store Ula put-in is a popular trekking destination and above tree line, while take out is down where the trees start, pretty darn cool. Despite what the images show there were people everywhere; the parking lot was complelty full with a mixture of hikers and boaters.


Michael Wutti hikes through the barren landscape of the Store Ula. 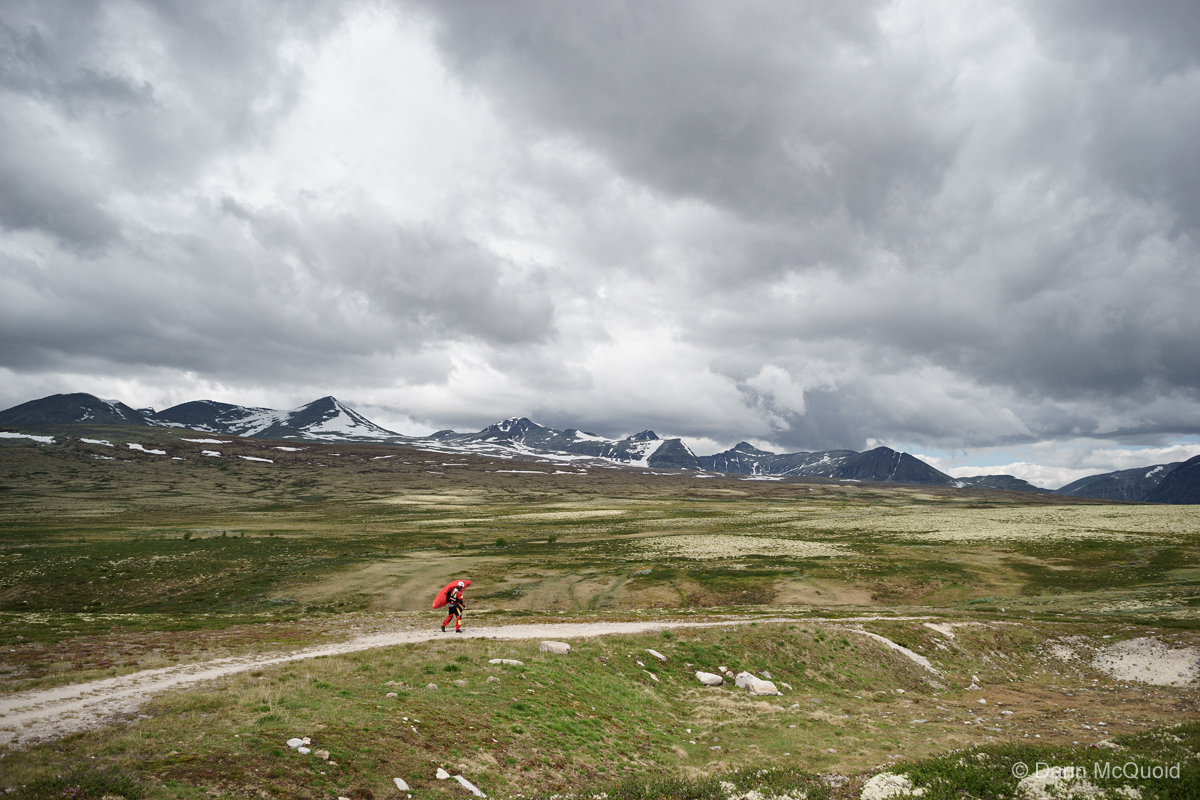 Manuel Köhler heads to the river, no bushwhacking up here. 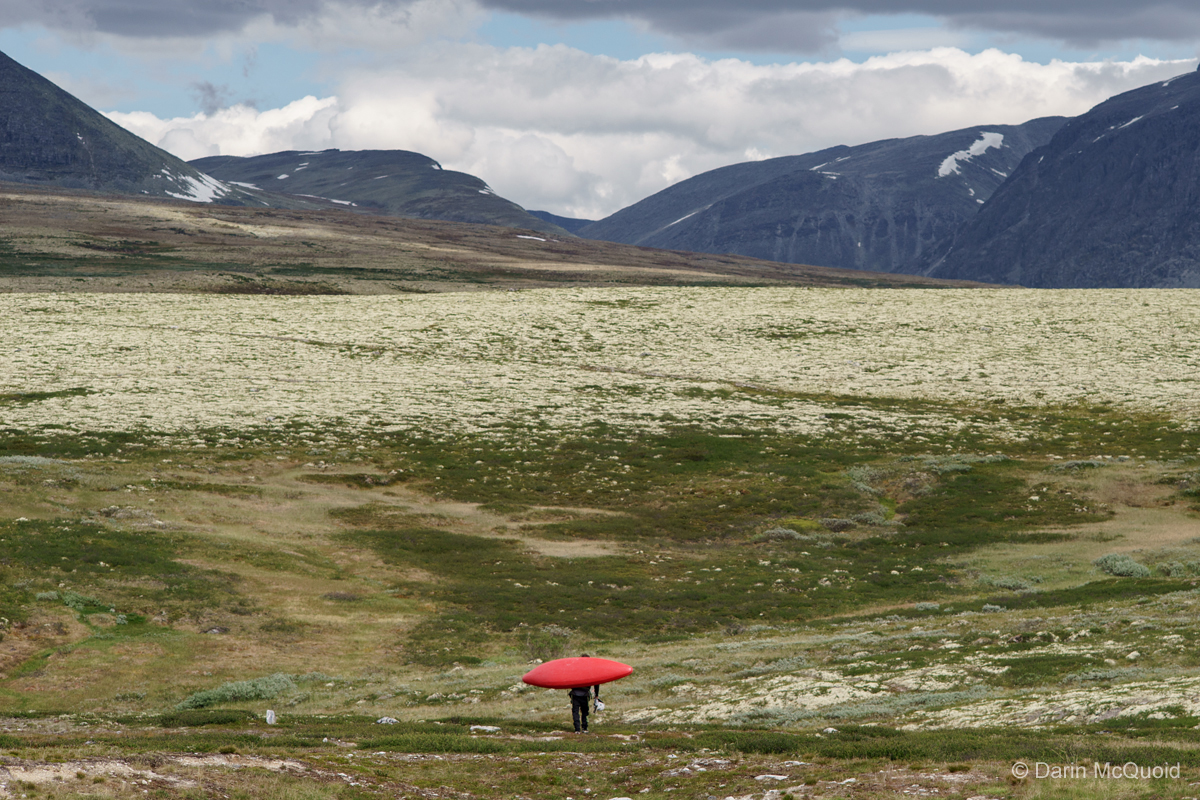 
High up it's just non-stop class II with a few ledges to keep things interesting. What scenery Michael Wutti paddles through. 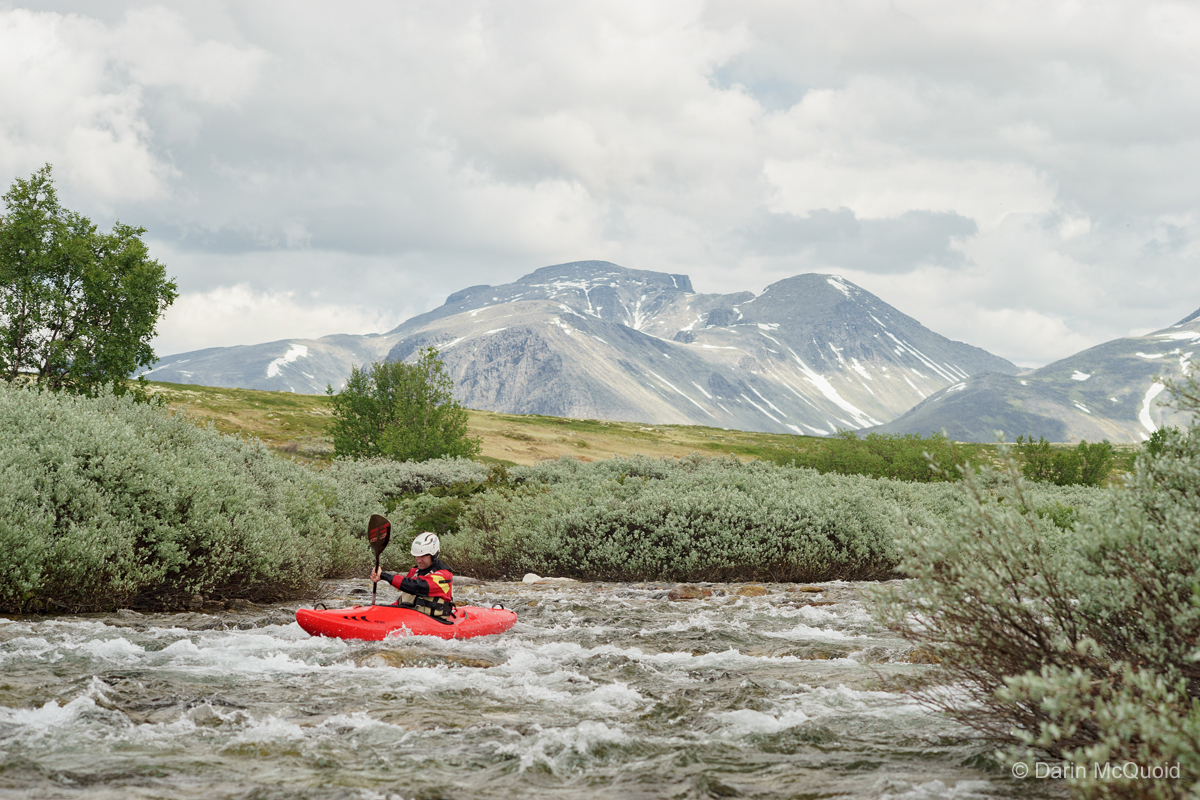 
We cruise through more class II then the river drops off an obvious horizon. We're at Matze's drop and flows are certainly too low for it to be safe, which makes the choice easy; portage on the left. Not sure how long the run is (hey I'm used to long California runs) I don't waste time taking photos and we move on downstream through a nice gorge with easy rapids. After a bit more cruising it's obvious that we're at the famous slides because there are kayakers everywhere. What a different scene than we're used to! We ran down for a quick scout as it's a long slide with easy to remember moves, but one final more important drop at the bottom.


Michael Wutti hams it up for me on the entrace move of the Store Ula slides. 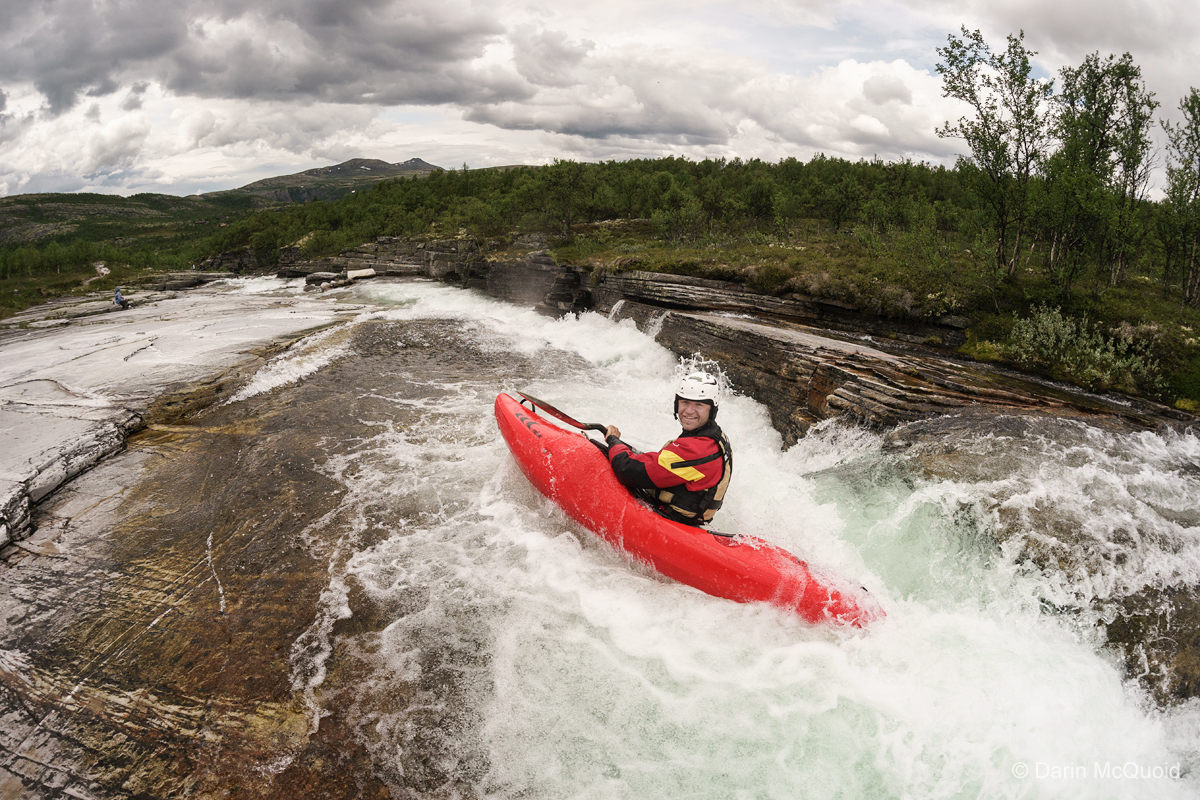 All the people, all the fun, another group comes down the slides. 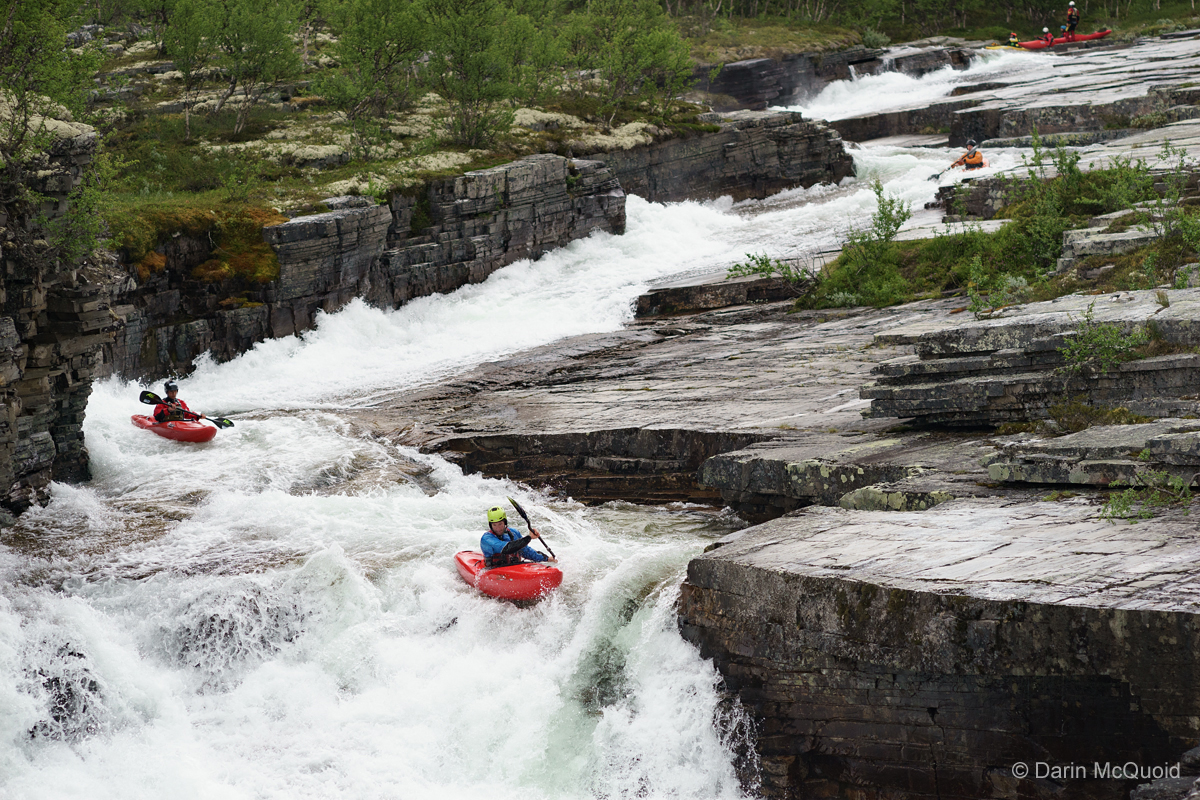 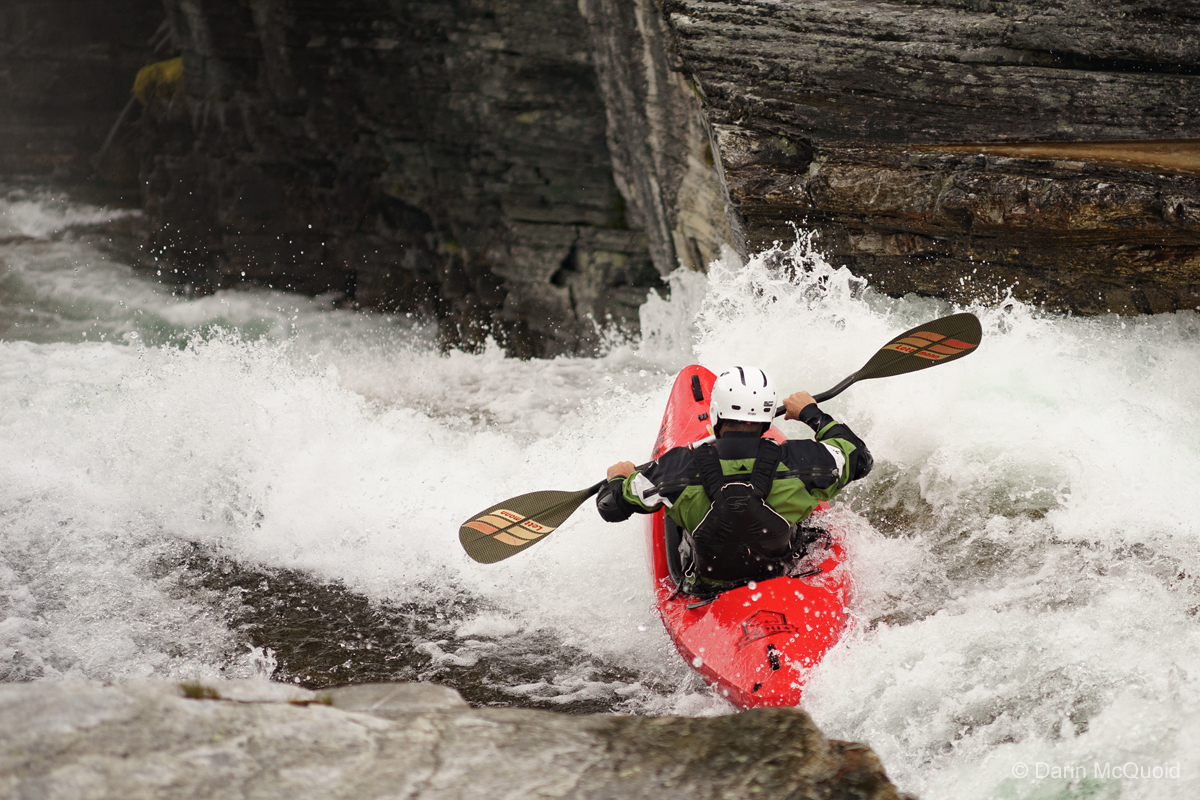 Rok Sribar lining up a good line down the final falls, not too boofed or too far left. 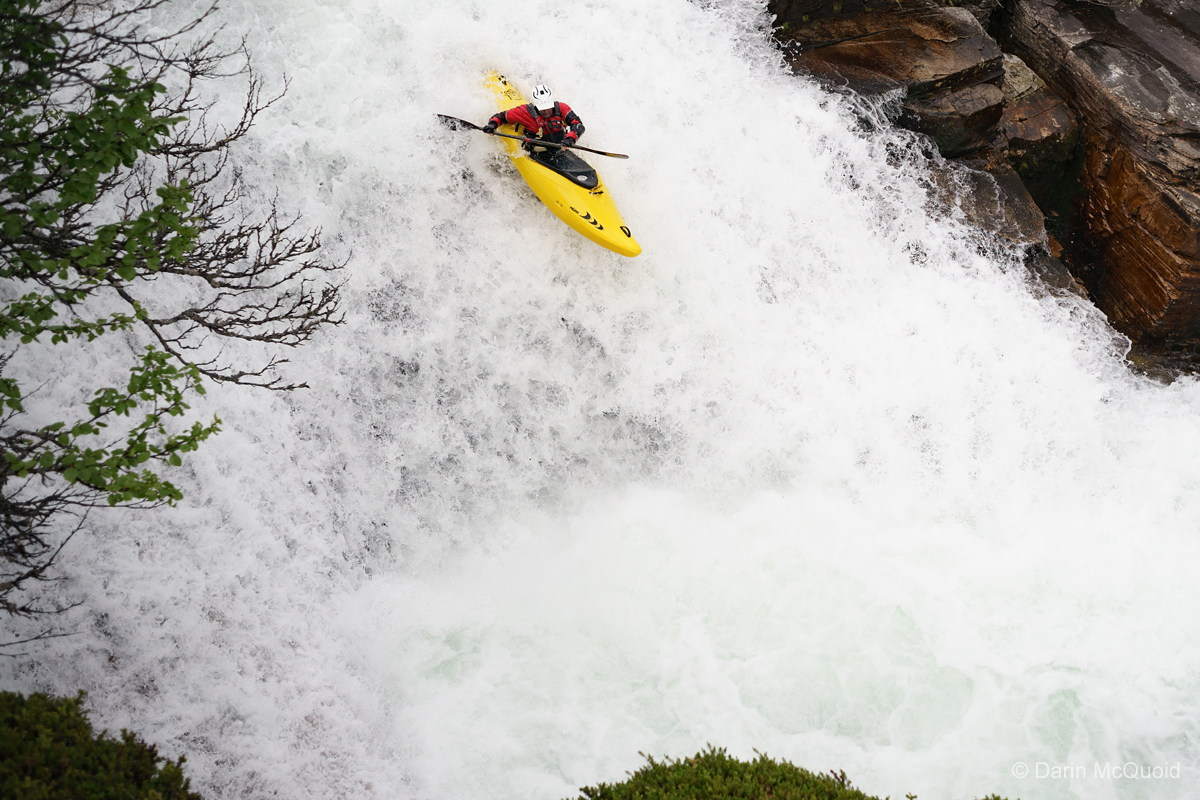 
Below the slide we cruised down through a few other ledges before arriving at the final set of waterfalls. They are often too high to run with a acceptable safety margin, but we seem to have the perfect flow and descend in teams of two for safety.


Lining up the top waterfall Michael Wutti with good form. 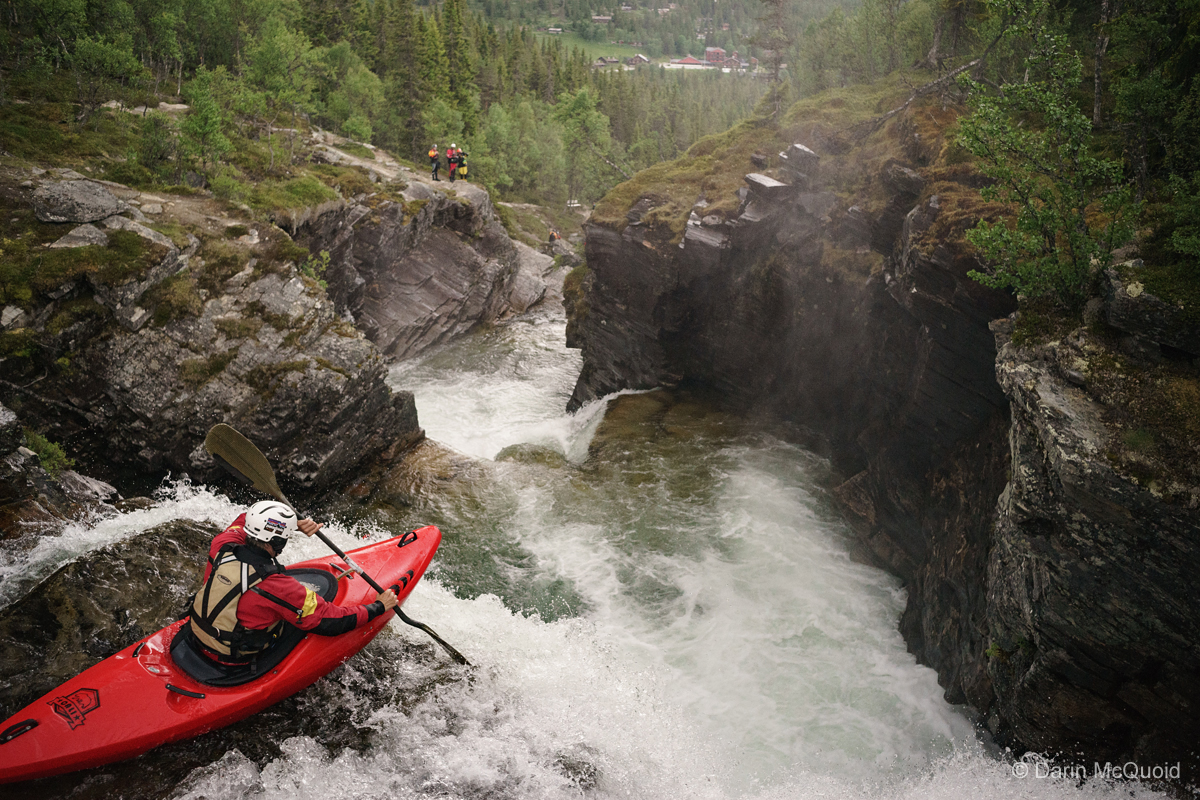 
Rok and I went last, he was kind enough to run it and wait in the eddy for me. 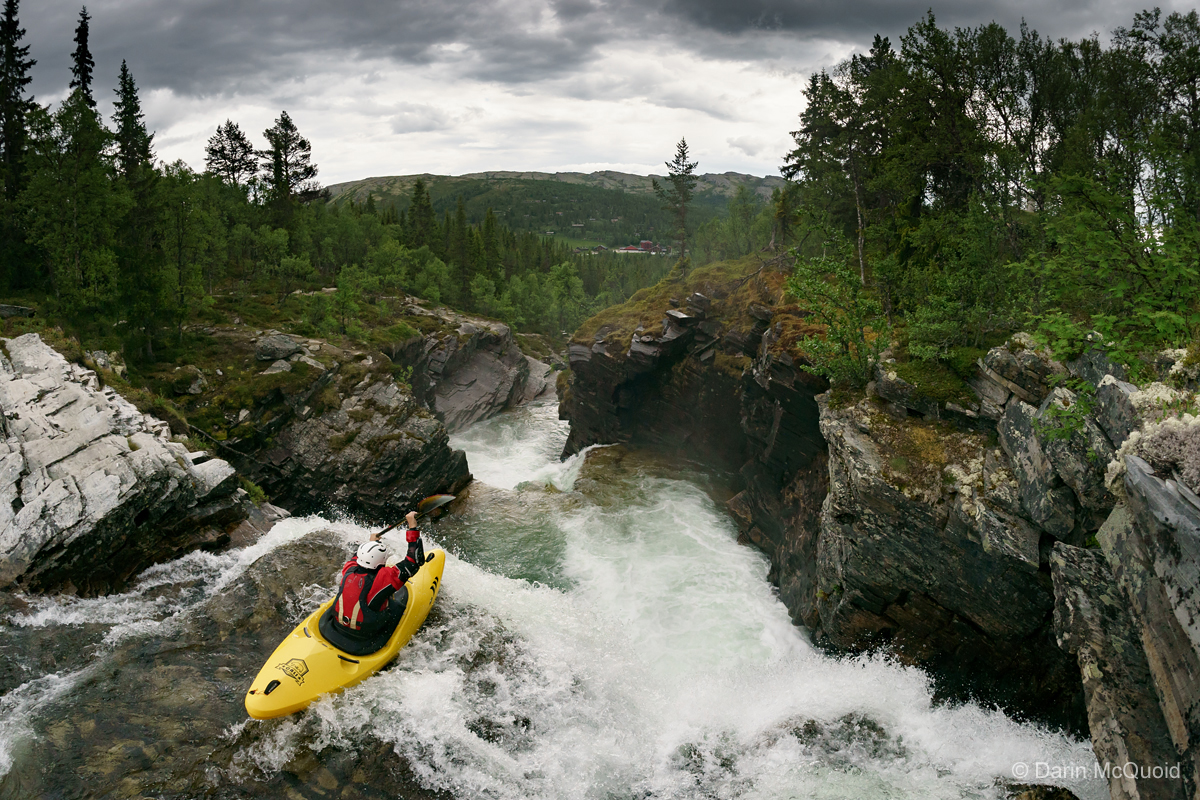 The final falls is the crux of the series, a lot of water goes into a hard to avoid undercut, and the next falls has been run but has also broken people. Rok Sribar stroking for the angle. 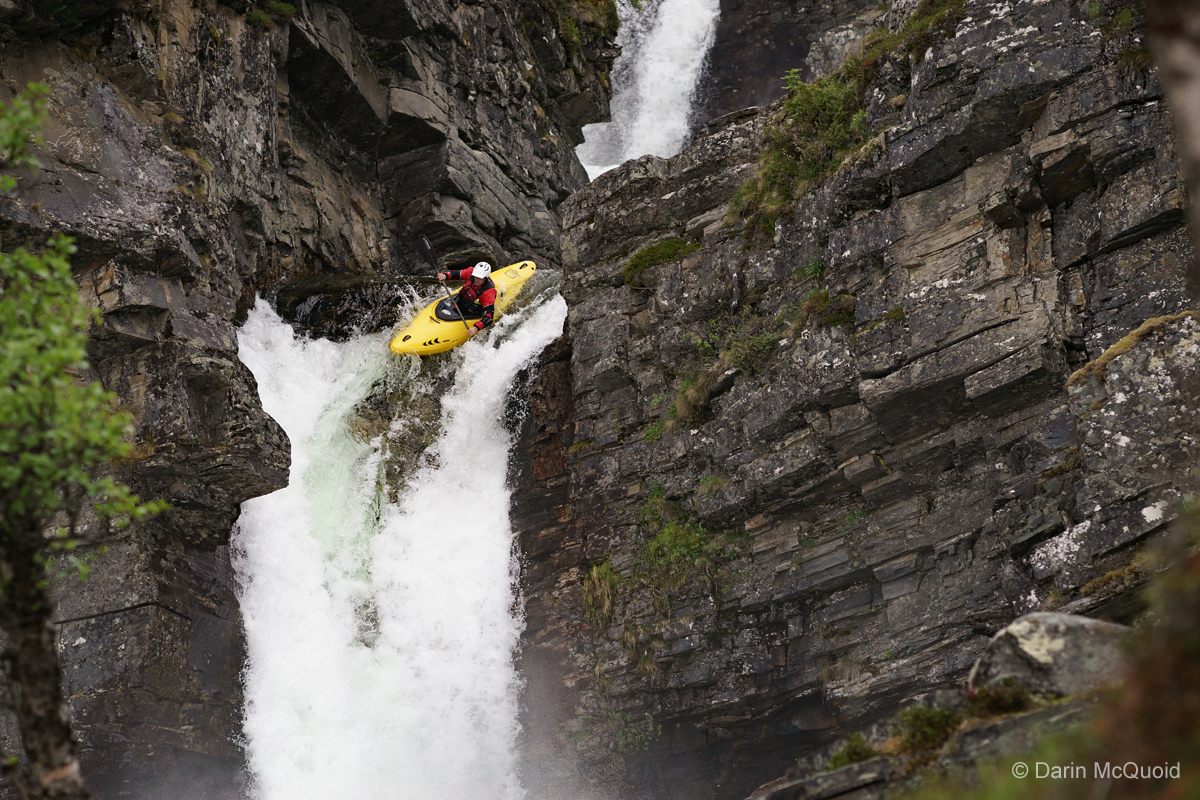 The grass roofs, they kind of blew my mind. 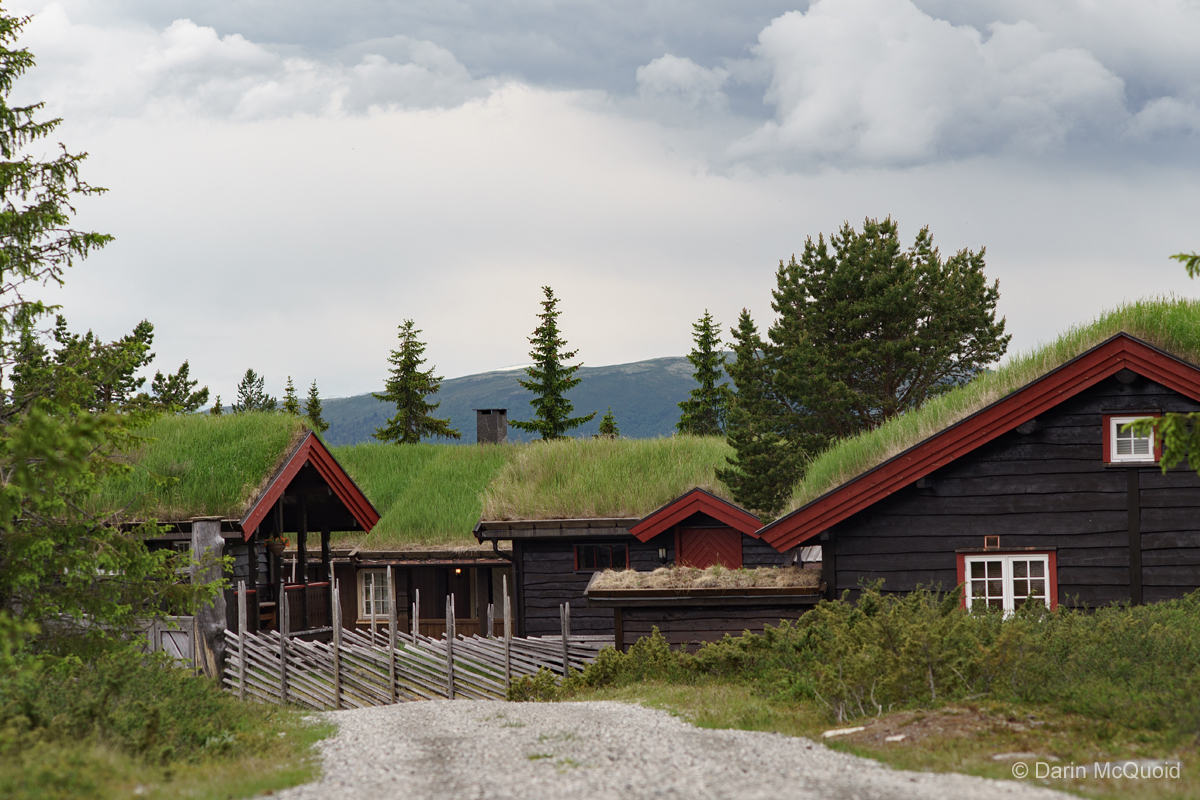 Off the water we loaded up and headed north for Trondheim and our continued journey into the far north. 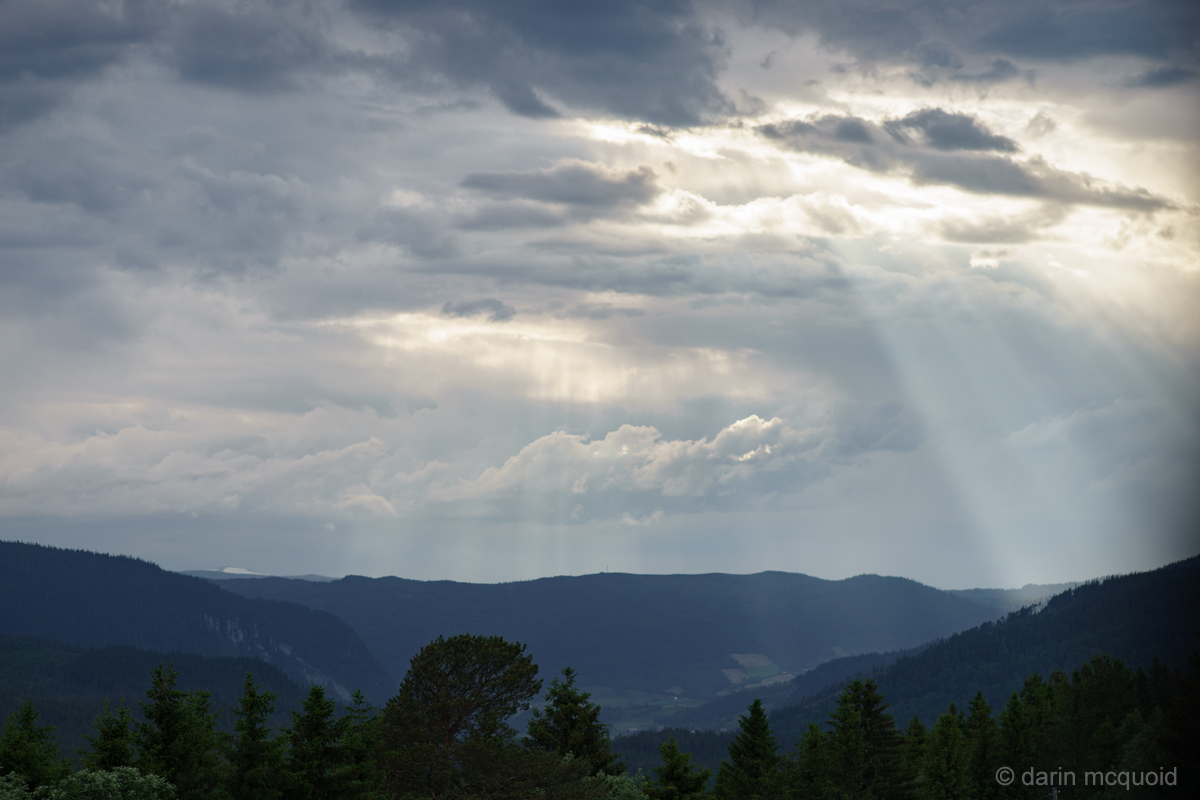