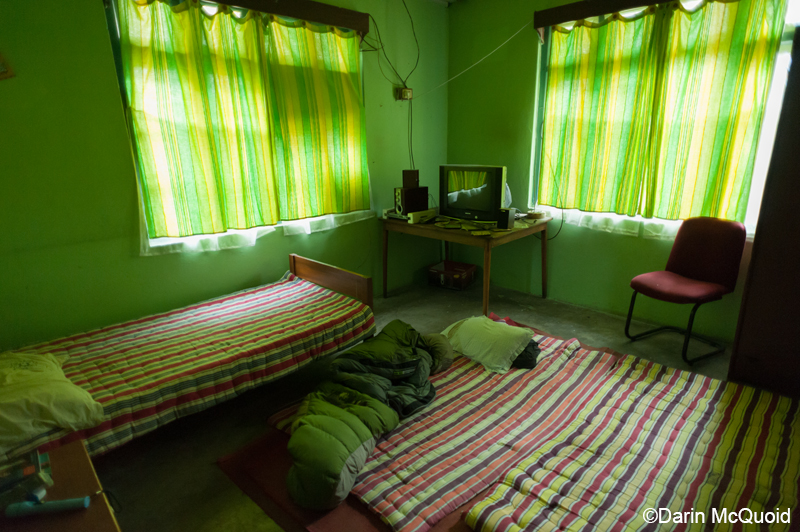 Finally a day without too much driving. Apparently the local hotel was unavailable, so we'd spent the night at a locals house. Waking in the morning it was good news that we didn't have too much driving to do, because we had a little delay. 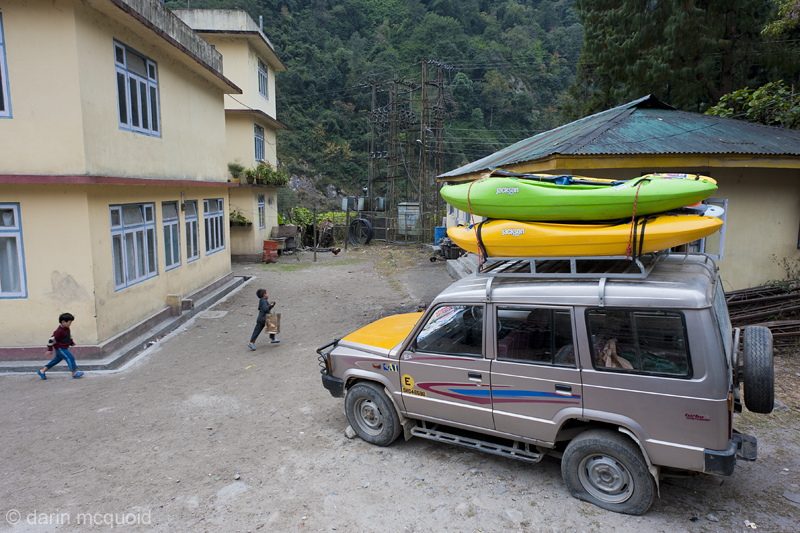 Judging the river from the previous days ending, I wasn't too optimistic. It didn't look like it went from the bridge, just a bit too steep for the volume. 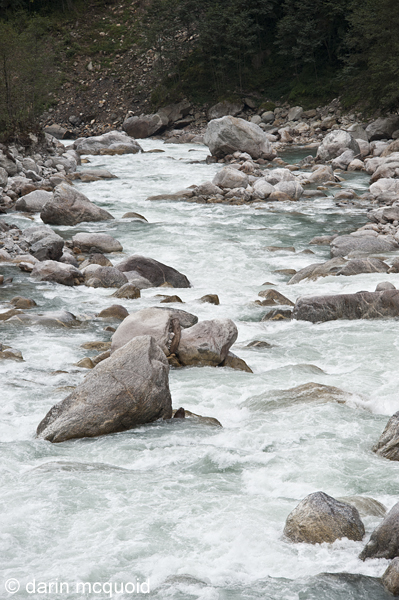 Of course there is no way to know without trying, so we put in and ferried across to start a portage on the left. At least the road was always within view of the river, giving us a decent escape option.


A little pre-portage boof to start the day. 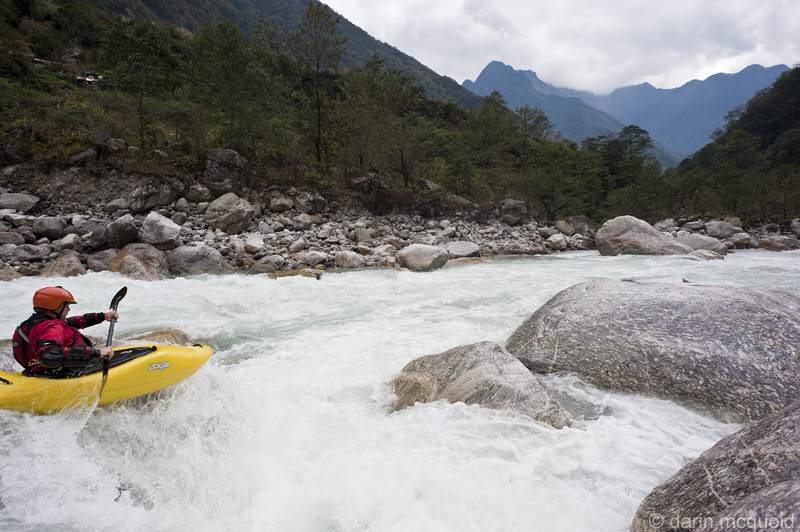 To our surprise after a hundred yard portage we were able to start picking the river apart. We'd have to scout and entire rapid and run down to the next eddy, but it was happening. 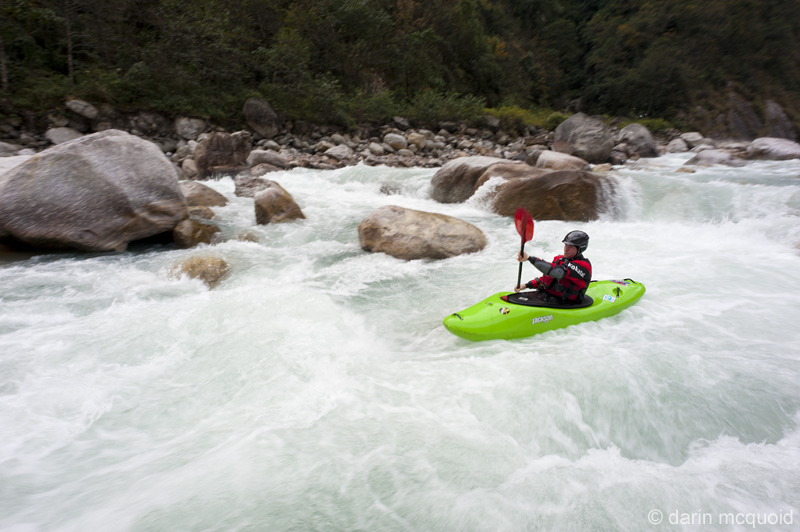 Scenery on a grand scale. 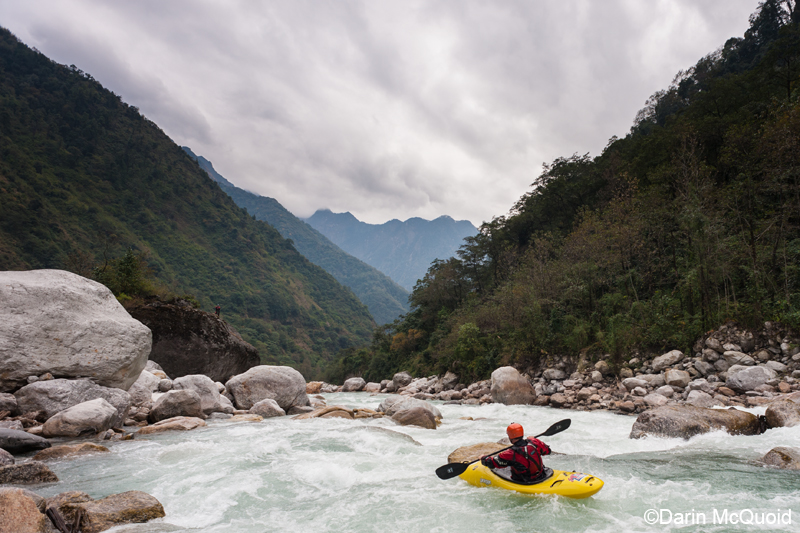 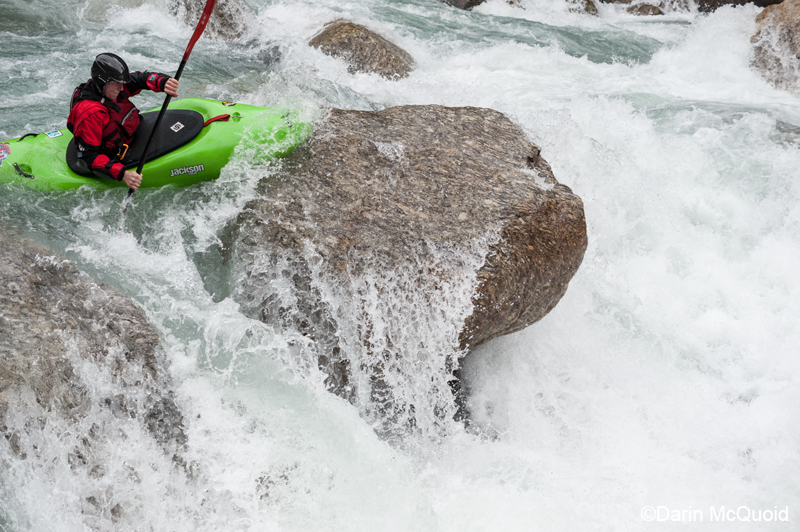 We scrambled for an eddy above this unusual feature, a nice ten foot plus boof in a boulder garden. 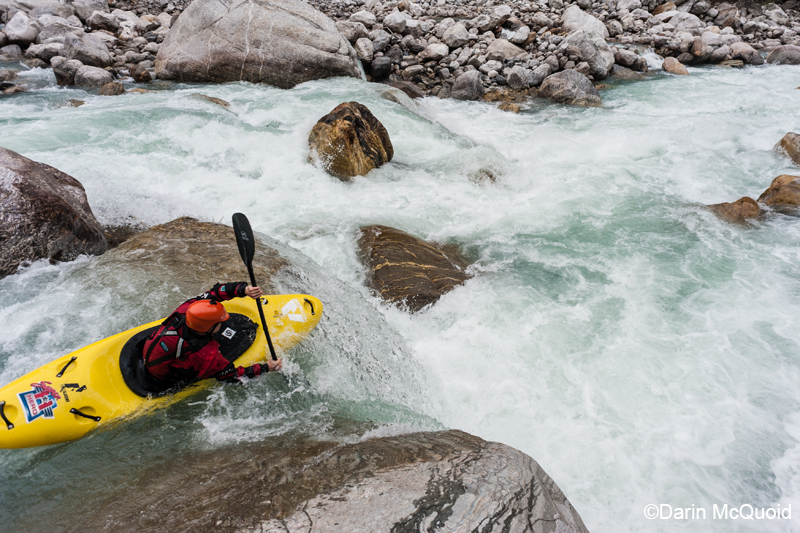 Stuck on the other side of the river, Chris opts for the center line.

Read and run on the Teesta River, still game on. 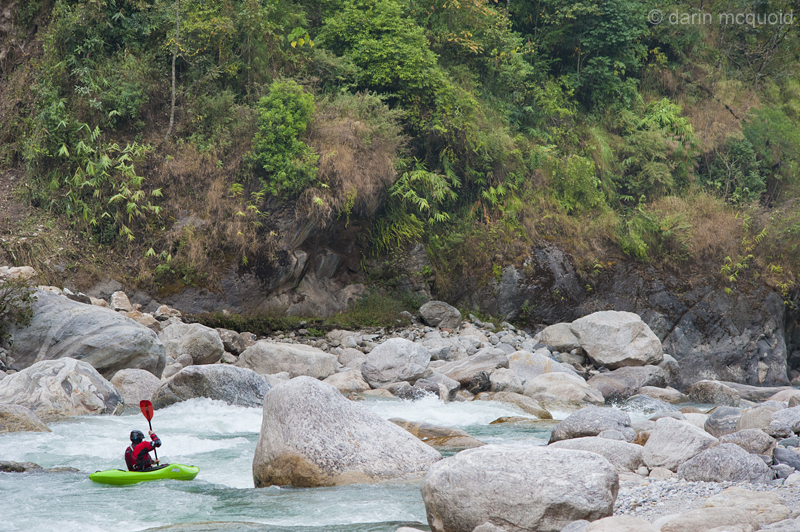 The constant gradient of the Himalaya is an interesting thing. Both hard and easy to photograph, because something is always happening but it doesn't have the shocking look of a waterfall. 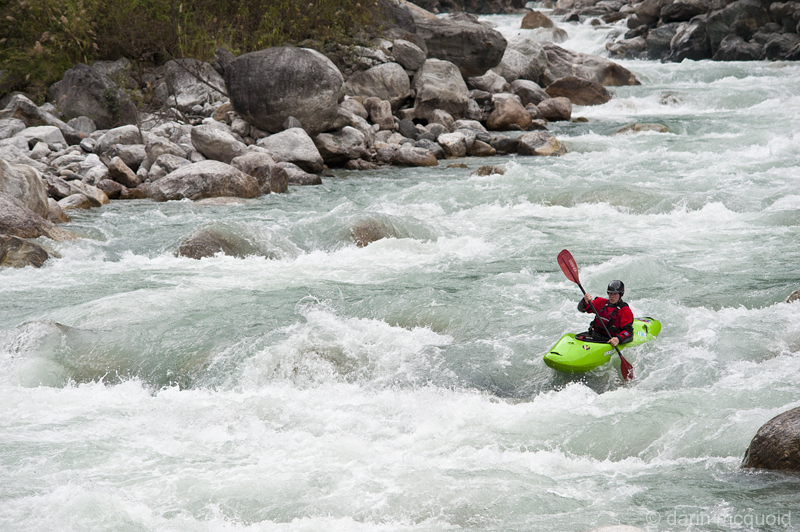 The bonus is that you just have to turn downstream to shoot the next rapid. 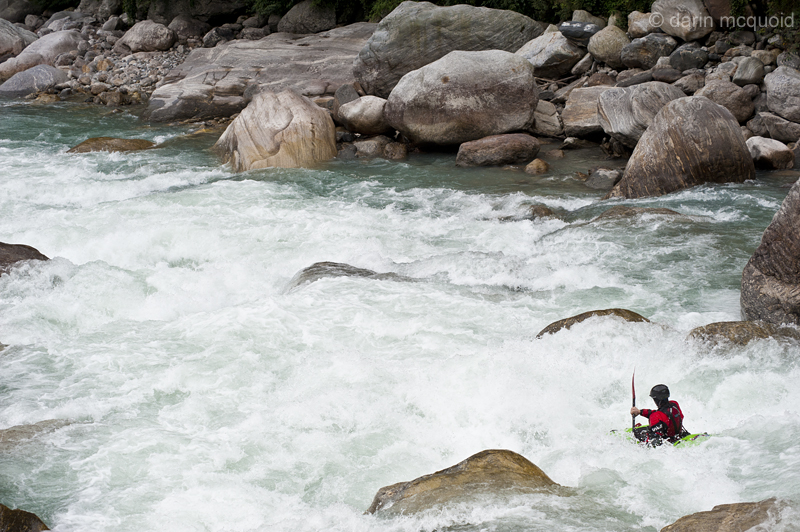 We neared town with only one portage and over a mile long rapid under our belts. As the river entered town it did something most unusual for the area, and dropped into a bedrock gorge. 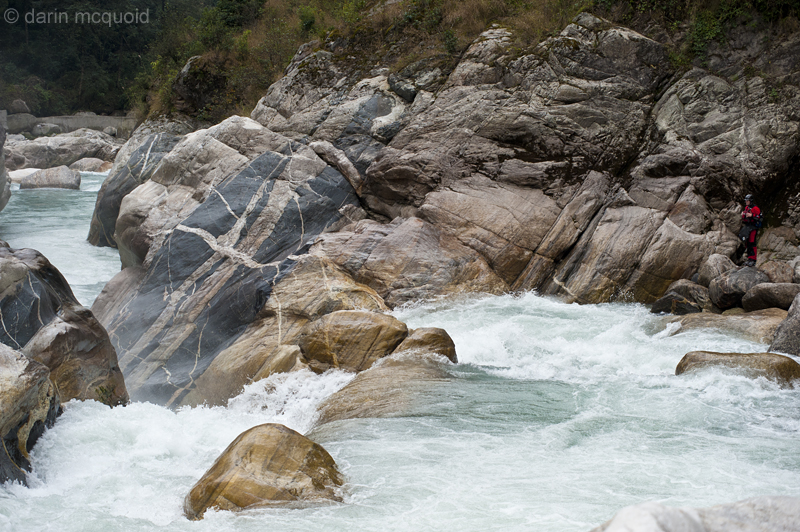 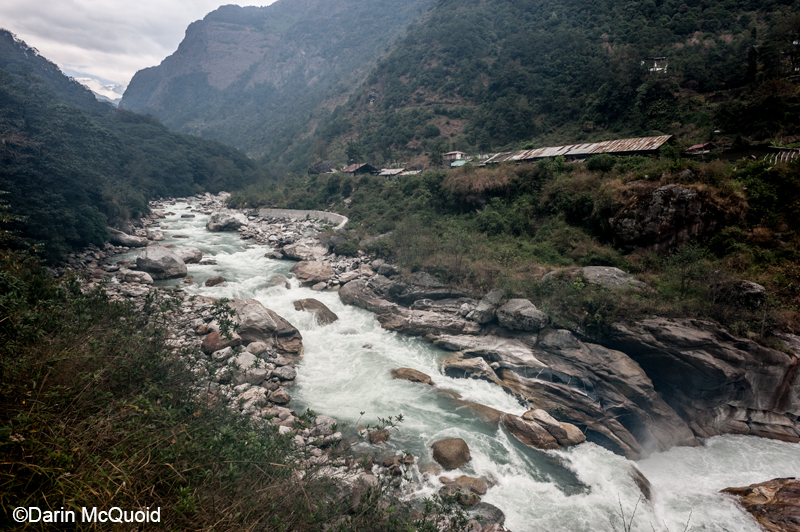 Down in the gorge things didn't look good. Totally walled in the river cascaded through a series of frightening hydraulics that are hard to give perspective to. 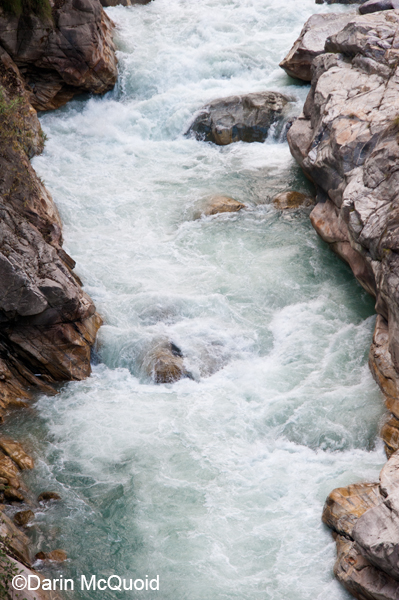 Not wanting to tempt fate or the loss of a boat, which would most assuredly happen with a swim, we decided to take out just above the gorge. 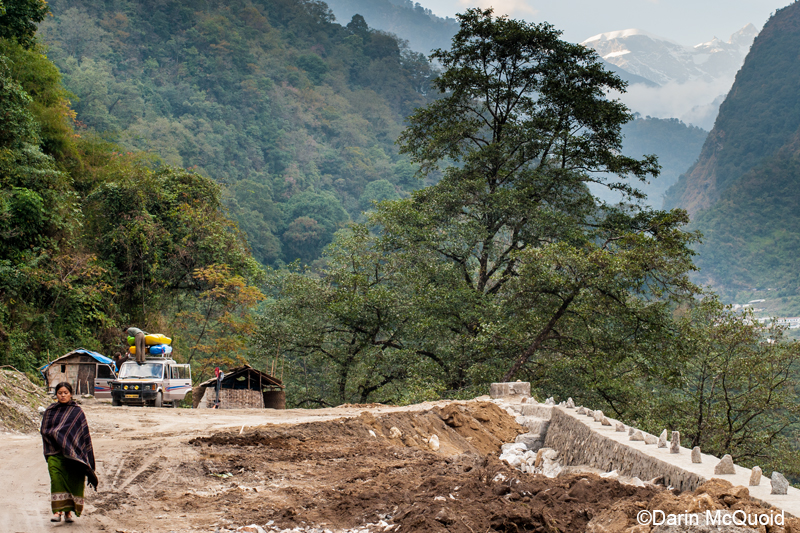 Taking out we were a little unsure what to do next. Below town was the first of many hydroelectric projects on the Teesta, and we would not be allowed access to the river. There was a major tributary coming it, but it was too steep and rocky to be of too much interest. Perhaps a relaxing afternoon in town would help our deliberation on the upcoming day.


To be continued in Teesta Five.