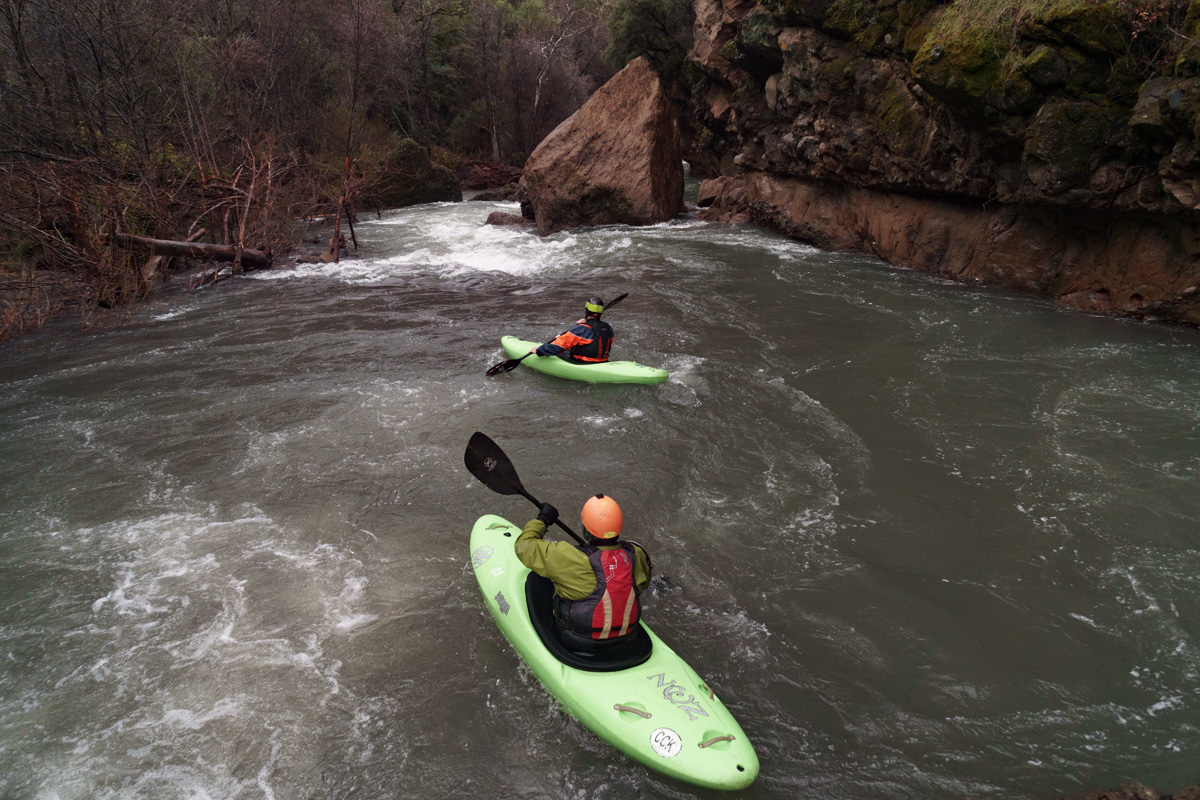 
Not as well known as Deer Creek or Mill Creek, Antelope Creek is one drainage to the north and while not part of the essentially abandoned Ishi Wilderness Area, it feels like it may as well be. The water cuts through similar geology yet has considerably less gradient and as a result it offers world class scenery with predominately class II rapids, the occasional class III and two distinct class IV rapids. Downed trees across the river are the largest hazard by far and large, giving thus run a solid class IV danger level if no one has recently done it. As of March 2nd 2019 there are no trees which require portaging.

Flows are best between 500 and 1,200 on the Dreamflows Estimate. Please note that late in the season this estimate will be off as Mill and Deer Creek continue to flow from snowmelt, while Antelope Creek has considerably lower elevation headwaters.


Scenery is pleasant at put-in with craggy outcropings towering over the Fisher Campground. 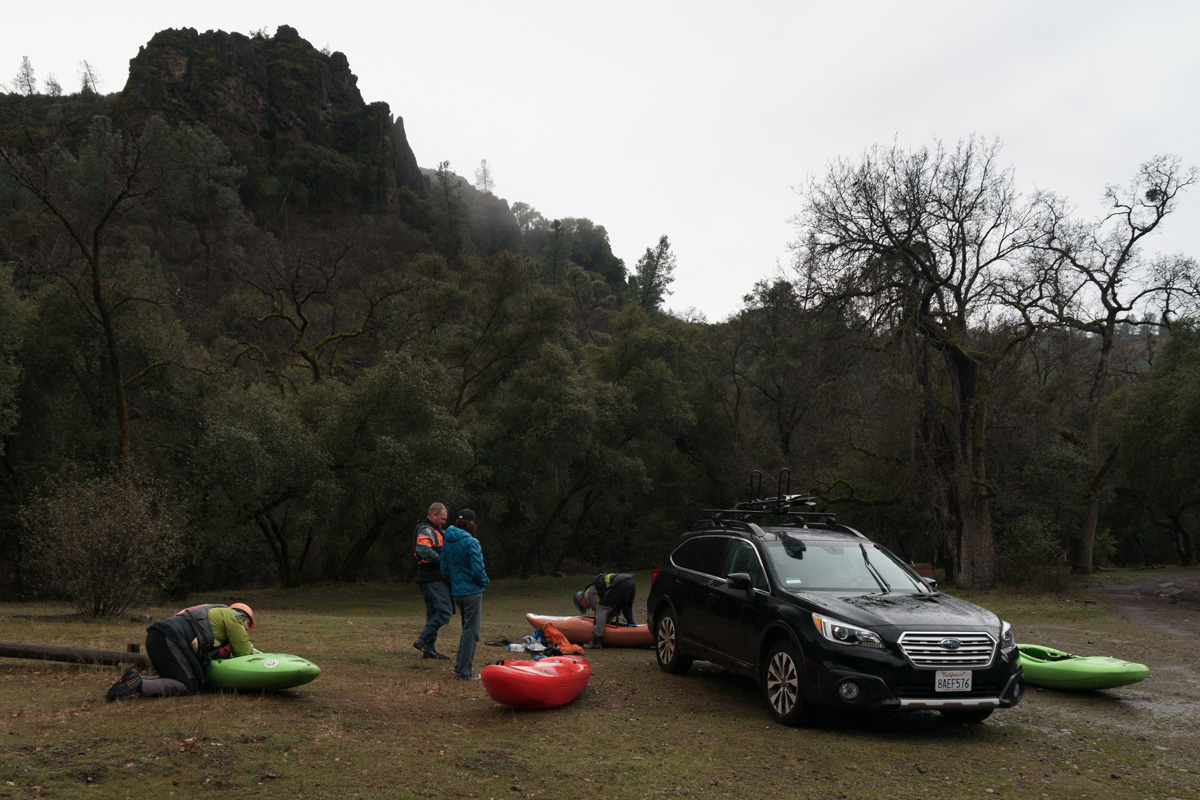 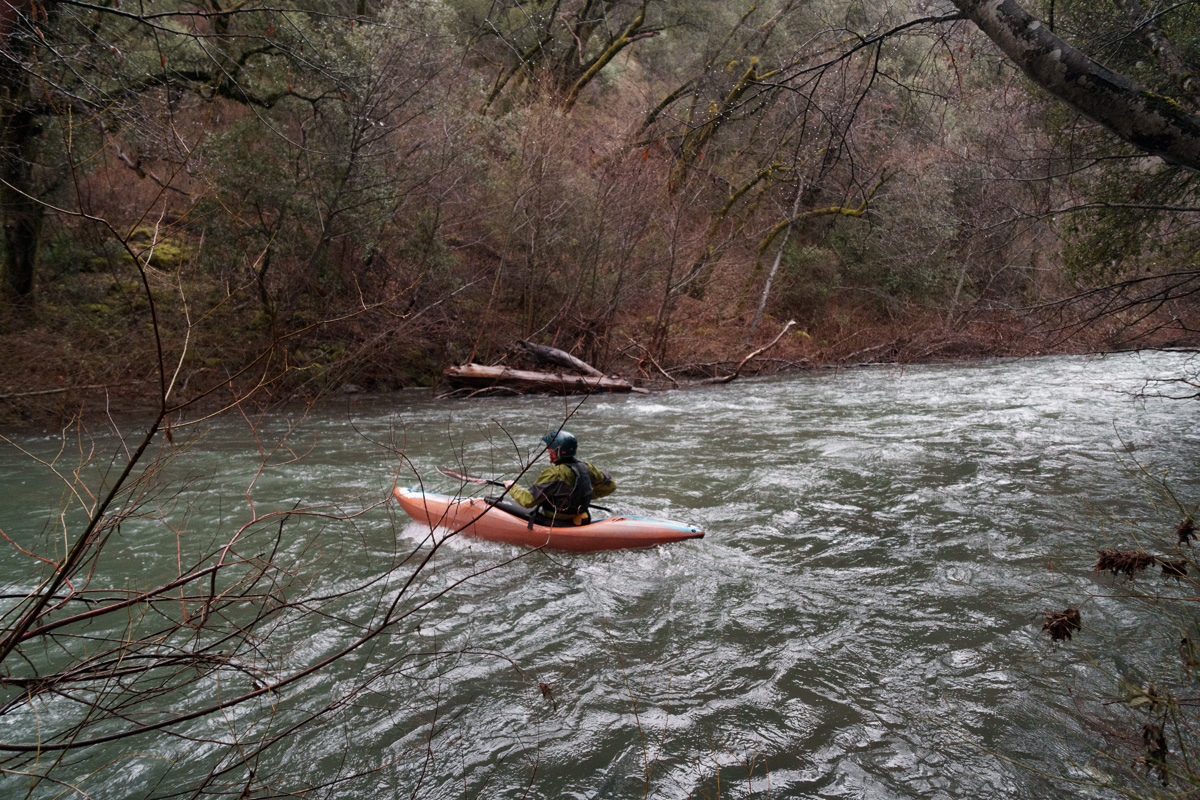 The first four miles breeze by without any significant rapids. Eventually power lines high overhead mark the start of the hard section, two class IV rapids. Some guides group them together, but there is a significant pool between the two rapids. They have been creativly named "Powerline". I'd suggest calling the first one "High Tension" and the second "Powerline" but naming rapids isn't my business. It's possible to portage either, but certainly no sidewalk as it's up and over large boulders.


Justin Wood runs the second rapid of Powerline with the first in the background. 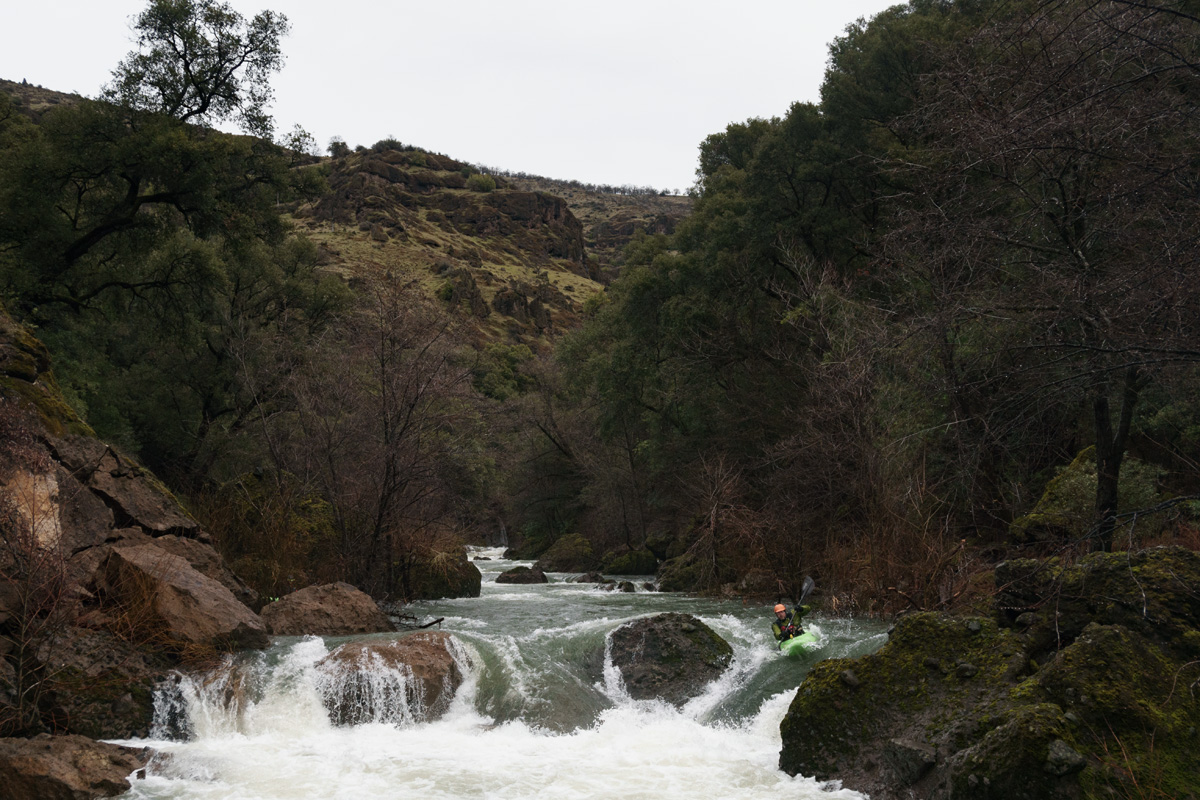 Scott Yoder getting a nice boof that can be surprisingly tricky to get. 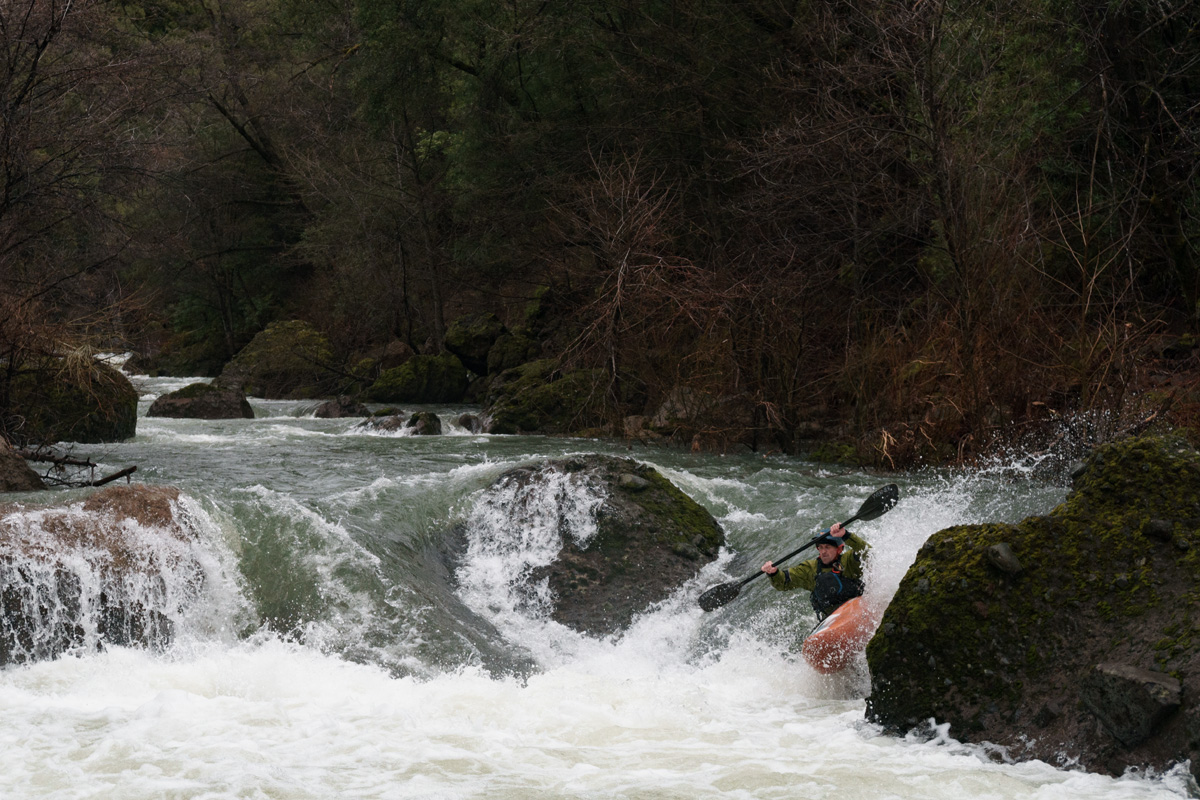 Downstream views show what a special place the Antelope Creek canyon can be. Scott Yoder. 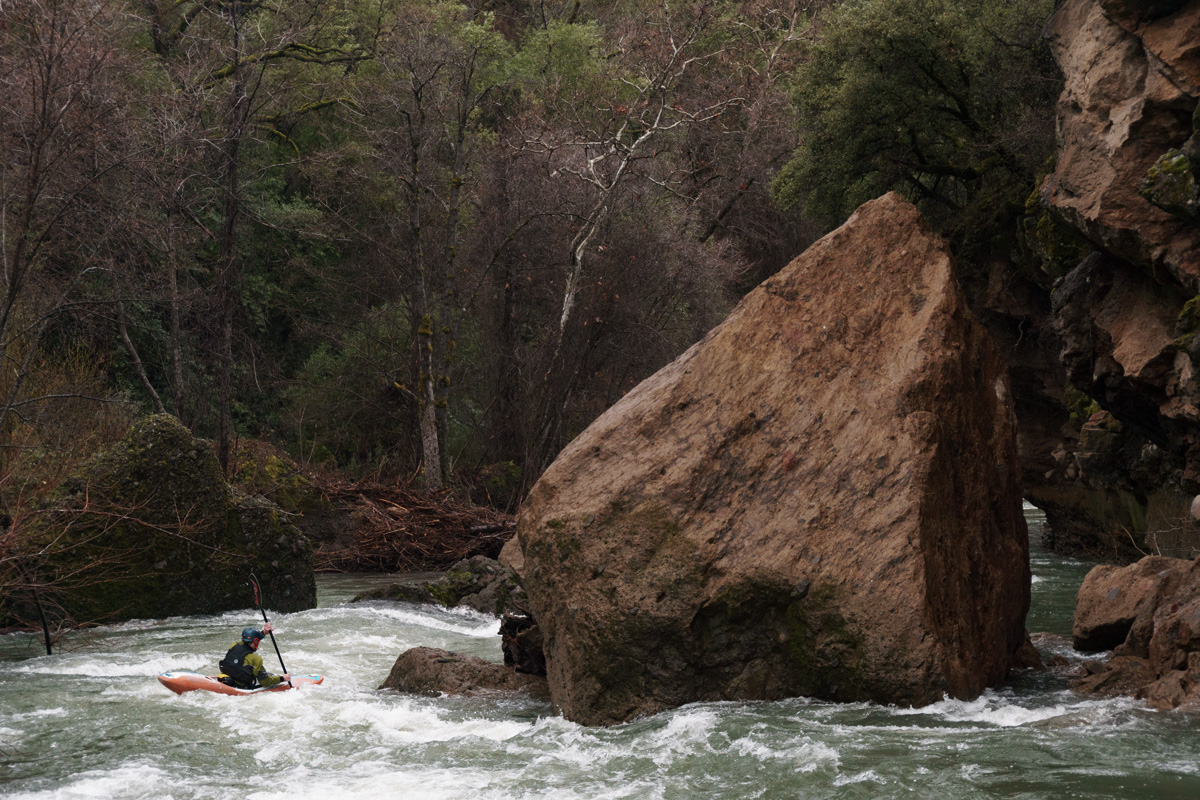 We floated many miles to take a lunch break just below Facht Place. 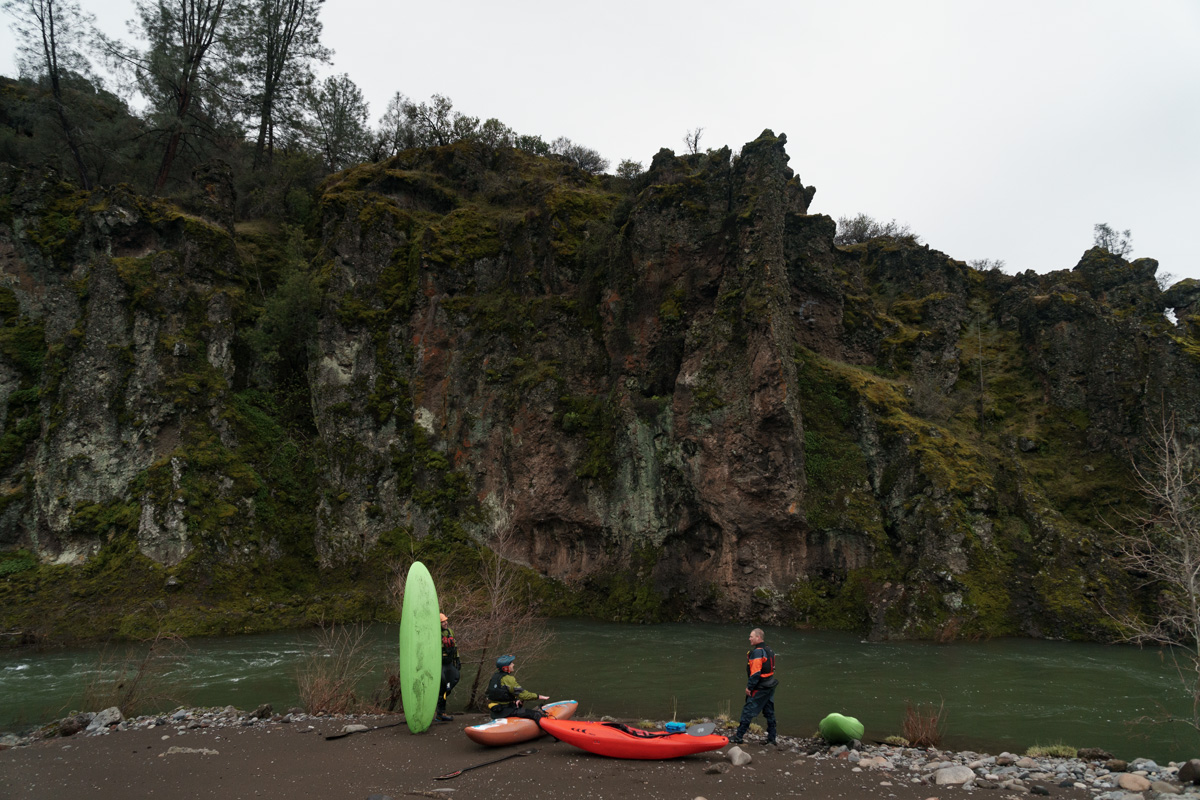 Really great views, the canyons continue much longer into the run than you'd expect. 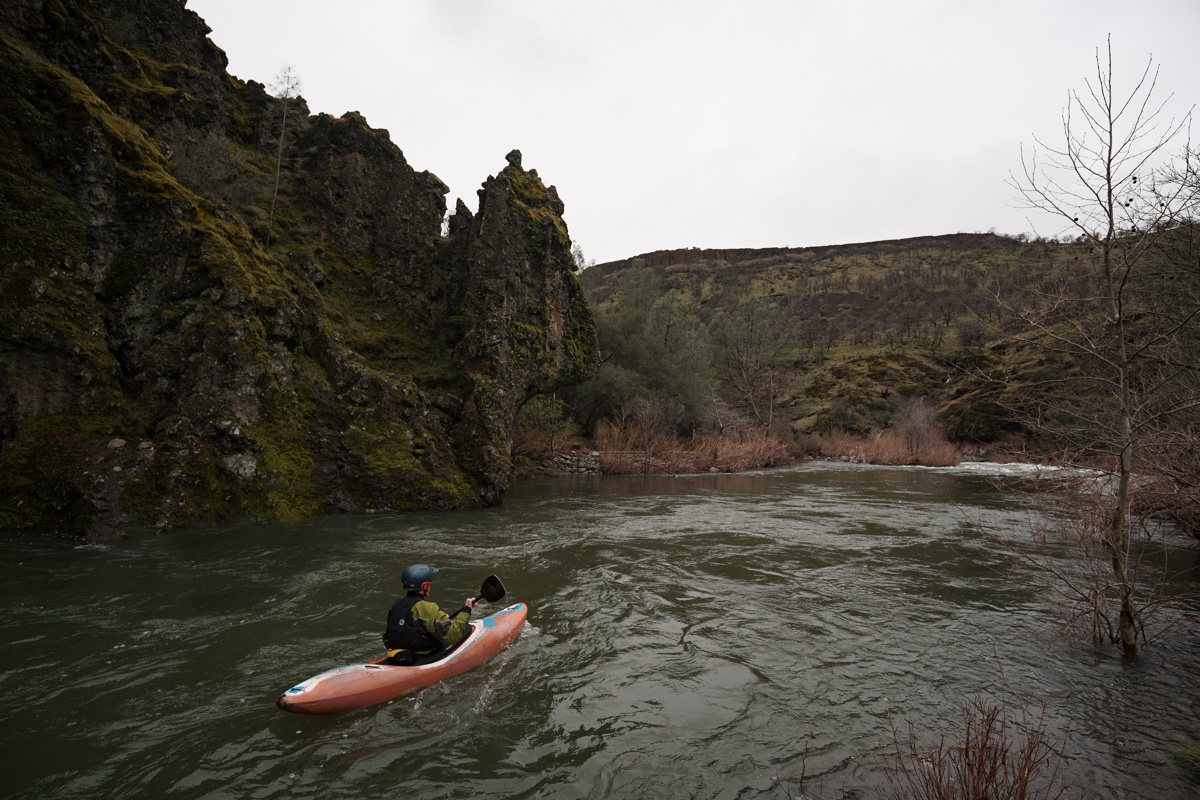 Most of the whitewater is nondescript class II wave trains with most paddling done to avoid willows and the occasional rock. There are a few blind class III lower down, prone to catching wood and making them dangerous. 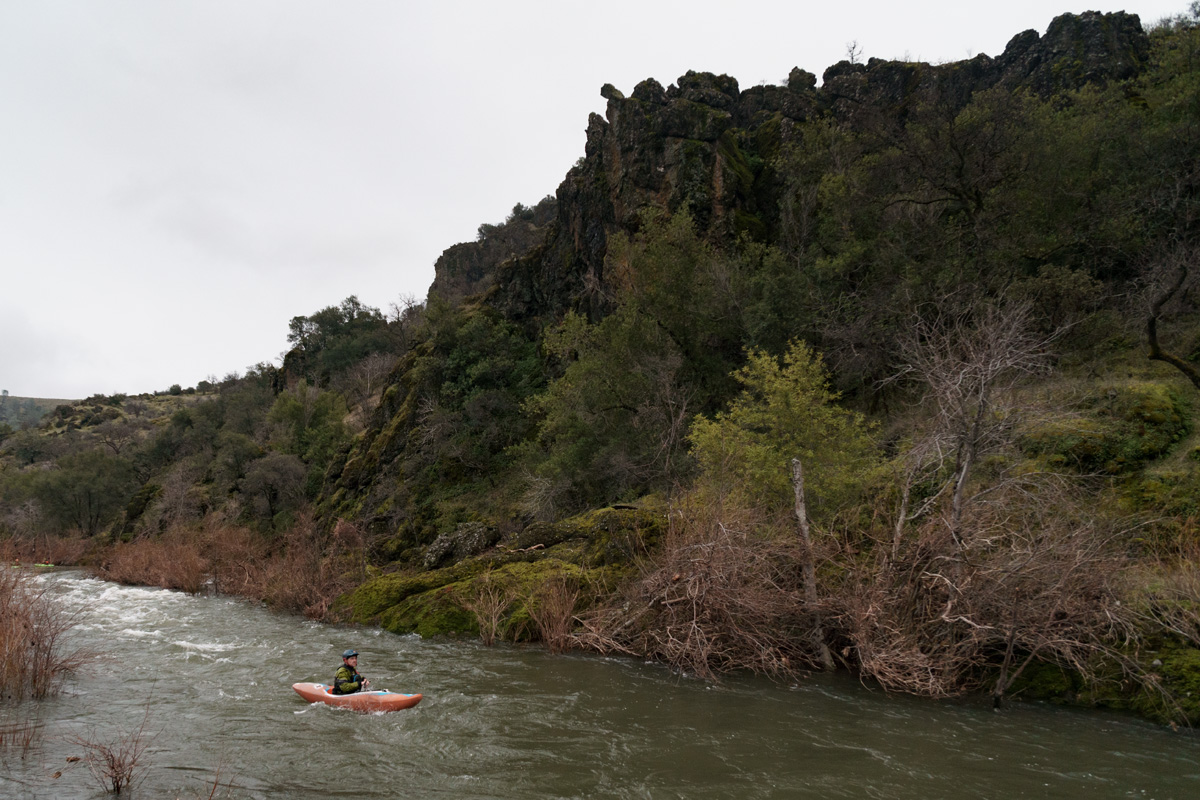 Because it only flows in the early, wet season, Antelope Creek will never have the draw of Mill and Deer which have water into the warm late spring months. As a 22 mile run, it's a long day trip, yet typically if the water is high enough for it to be in, there is rain, resulting in less than ideal multi-day conditions. Still it's a beautiful run, and with a 4x4 and some creative drive there are alternate put in locations to adjust the runs length. It's been compared to the North Fork Smith. Personally I'd give Antelope Creek the nod for scenery (I prefer tight, intimate canyons) while any day of the week the North Fork Smith has much better whitewater. It's a bit of an odd run in that class II-III paddlers will probably find it daunting to lead a 22 mile day with many blind rapids, while a IV-V paddler might find it tedious. Thankfully the scenery makes up for that. 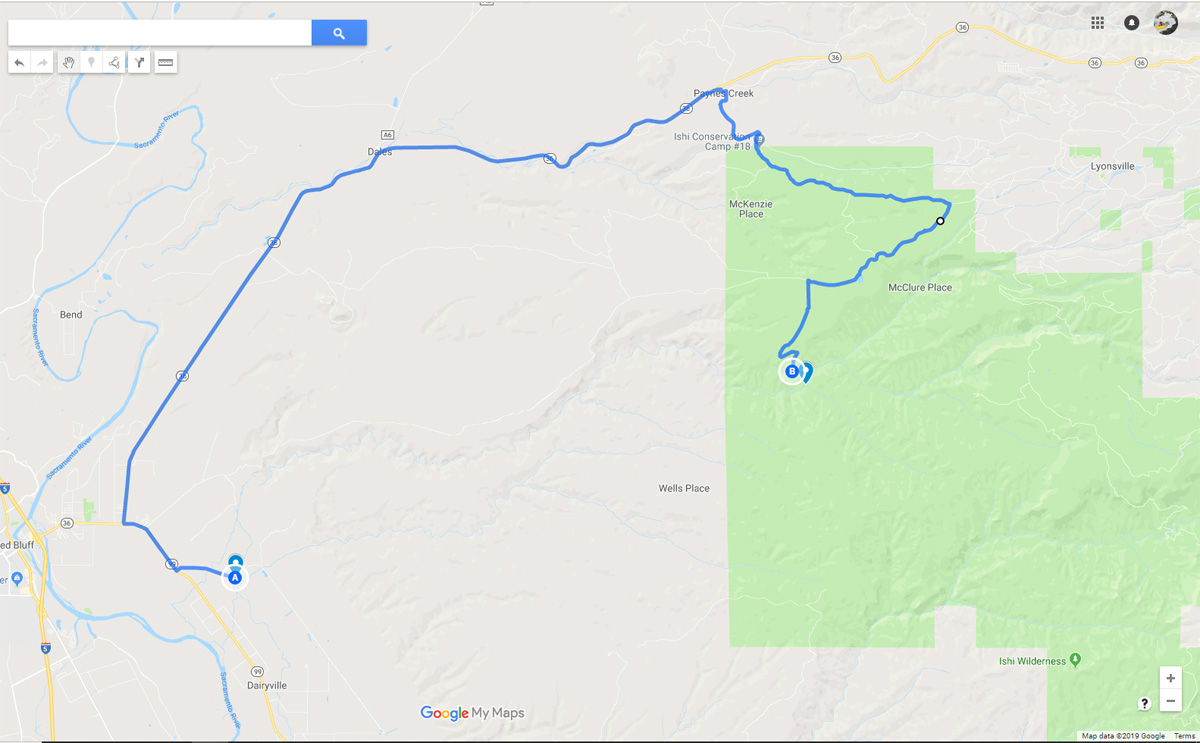