It doesn’t get much better than the morning of our third day on the Middle Kings. Perfect blue-bird California sky, and one gigantic slide to get the heart going.


Rolf Kelly gets a big skip. 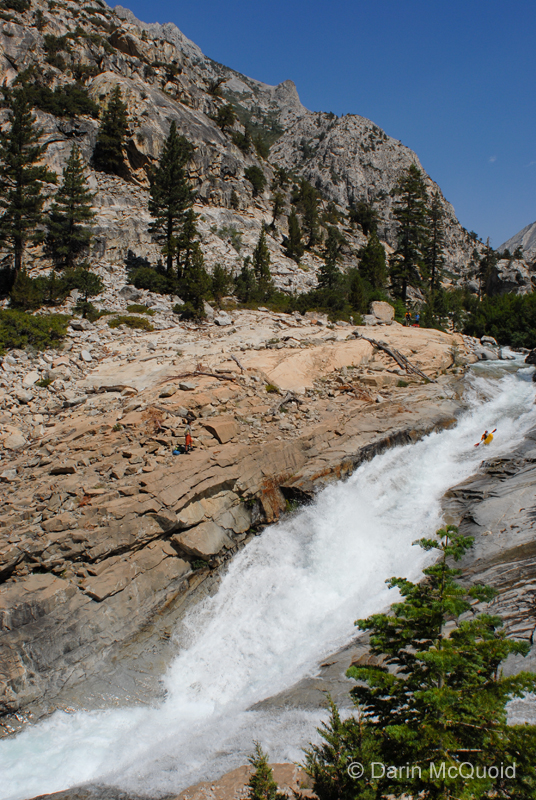 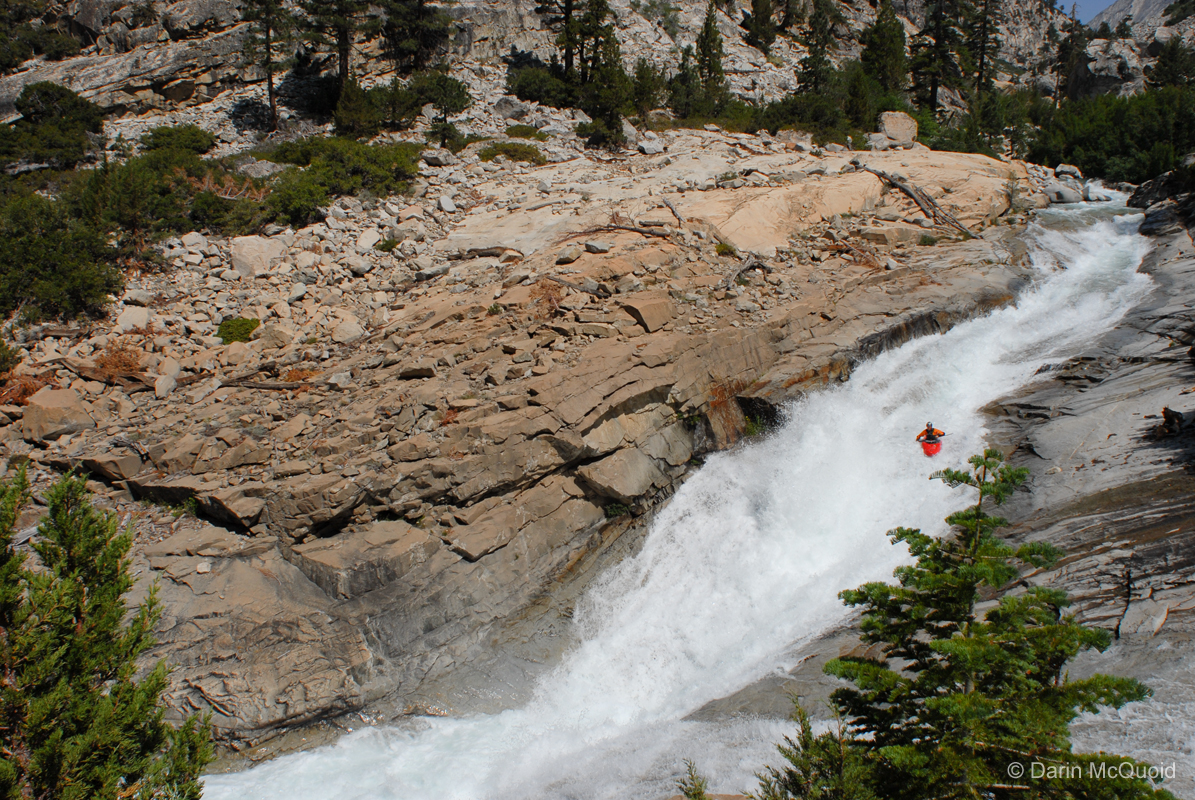 The slides continued for a short while, here Eric Seymour enjoys the slides and dramatic views. 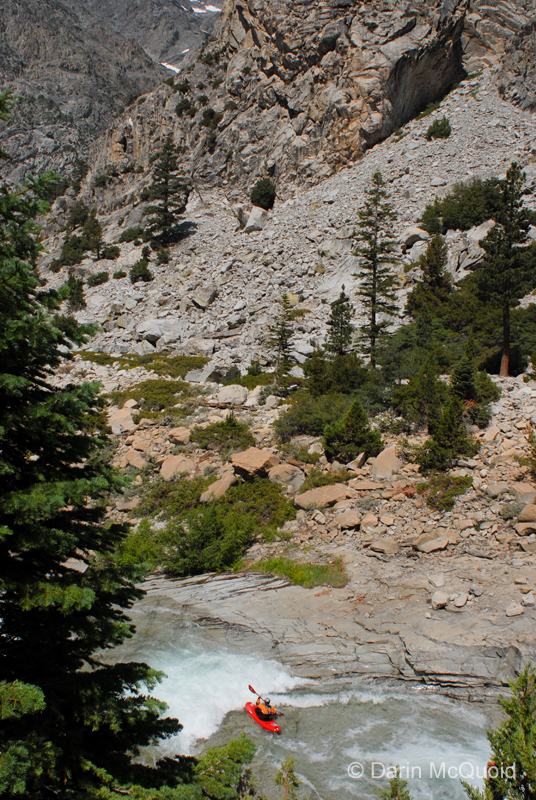 A mini gorge guards the exit of the slides, and sets the tone for the gorge section.

Jason Stingle heads into the gorge above the twenty footer. 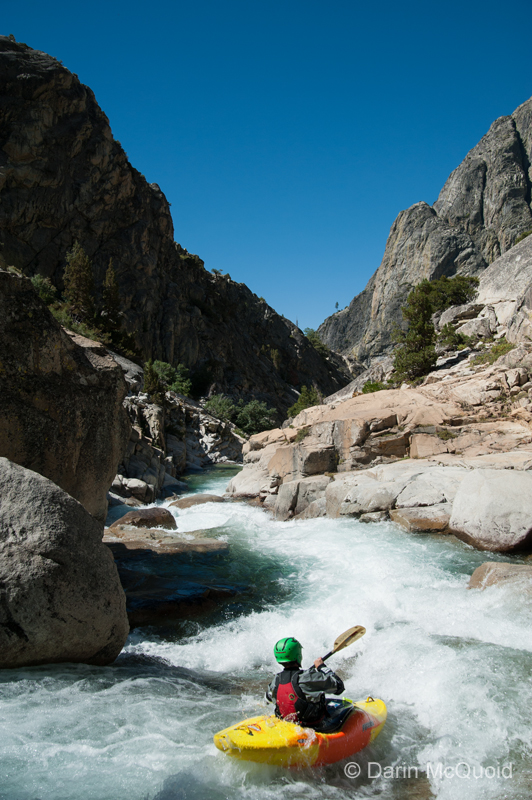 The first leads through several ledge holes to a twenty footer that has seen plenty of media exposure. This waterfall is incredibly clean, but just downstream is a portage, so it’s not quite as mellow as I had always imagined it.


At higher flows the gorge above the twenty footer can be a little stressful. 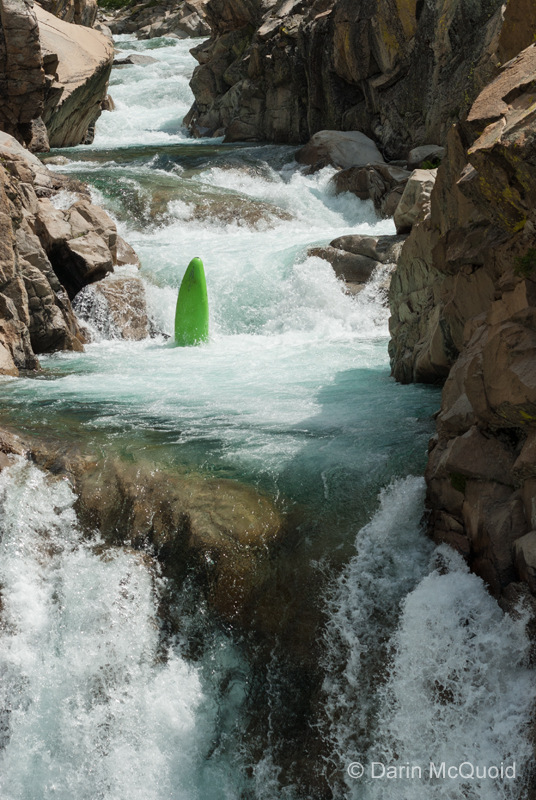 Gary Edgeworth shows how the falls is run. 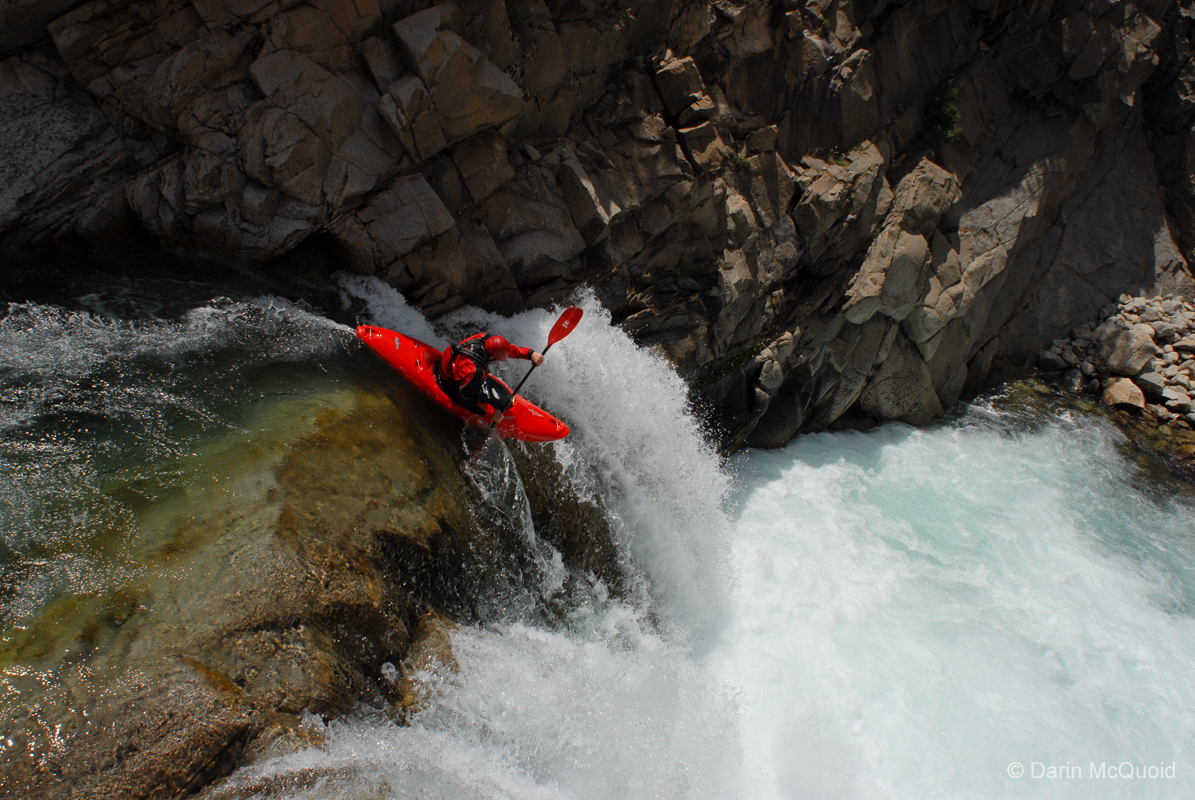 Tim Kelton runs a true gem on the Middle Kings. 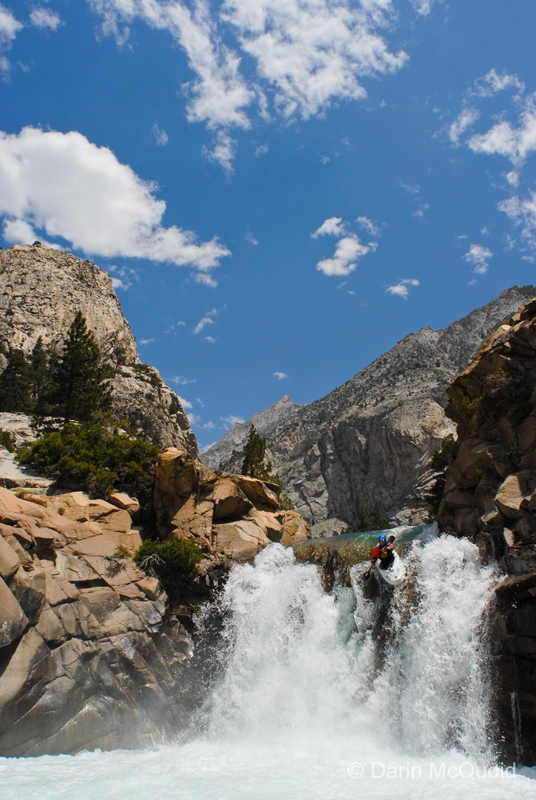 We made quick work of the steep climb to the trail, and most of us hiked about half a mile while Rolf and Ben pushed through at river level. Walking on the trail is actually faster than dealing at river level, but Ben said the effort was worth it.


Tim Kelton on the trail. 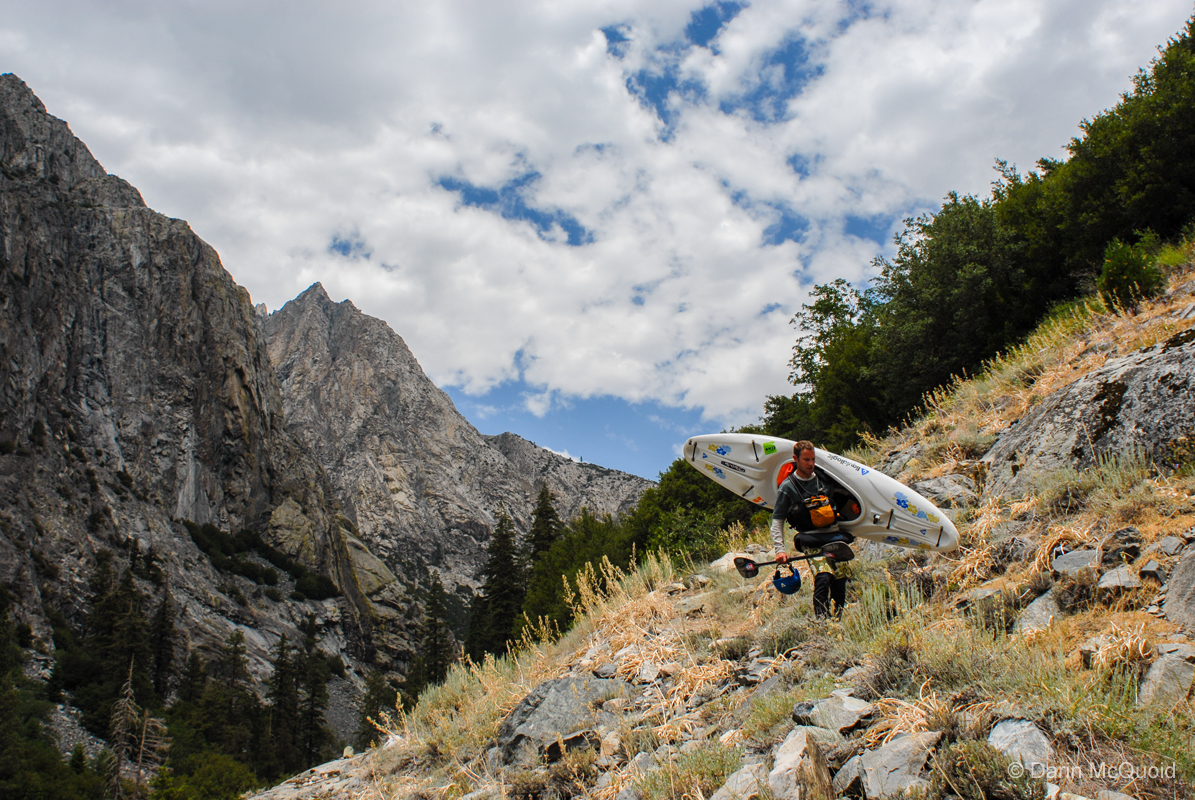 At river level it's a whole different story for the Middle Kings. This is the only section of river that's locked into a gorge with must run rapids.


Just below the pinch portage. 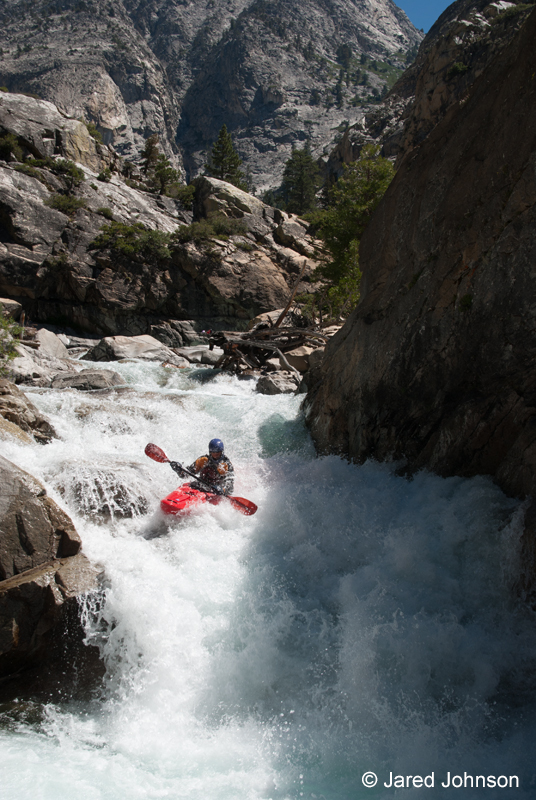 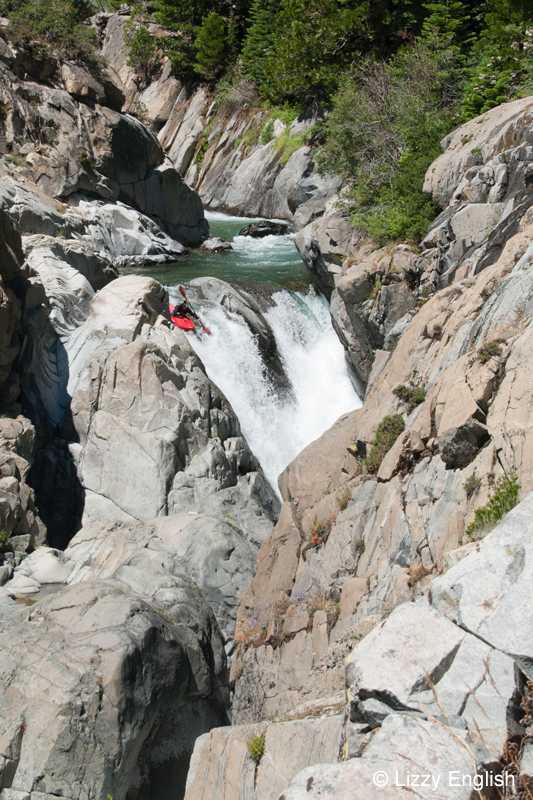 Justin Pat about to enter the mandatory section. 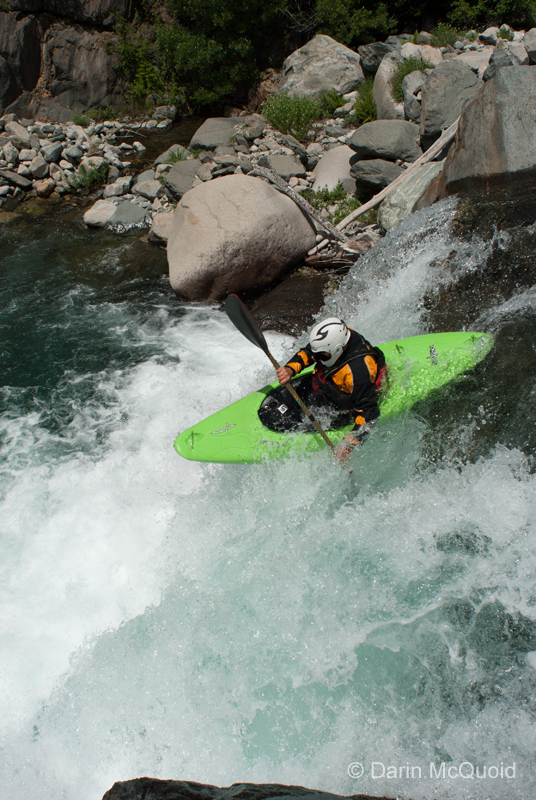 Mandatory gorge of the Milddle Kings. 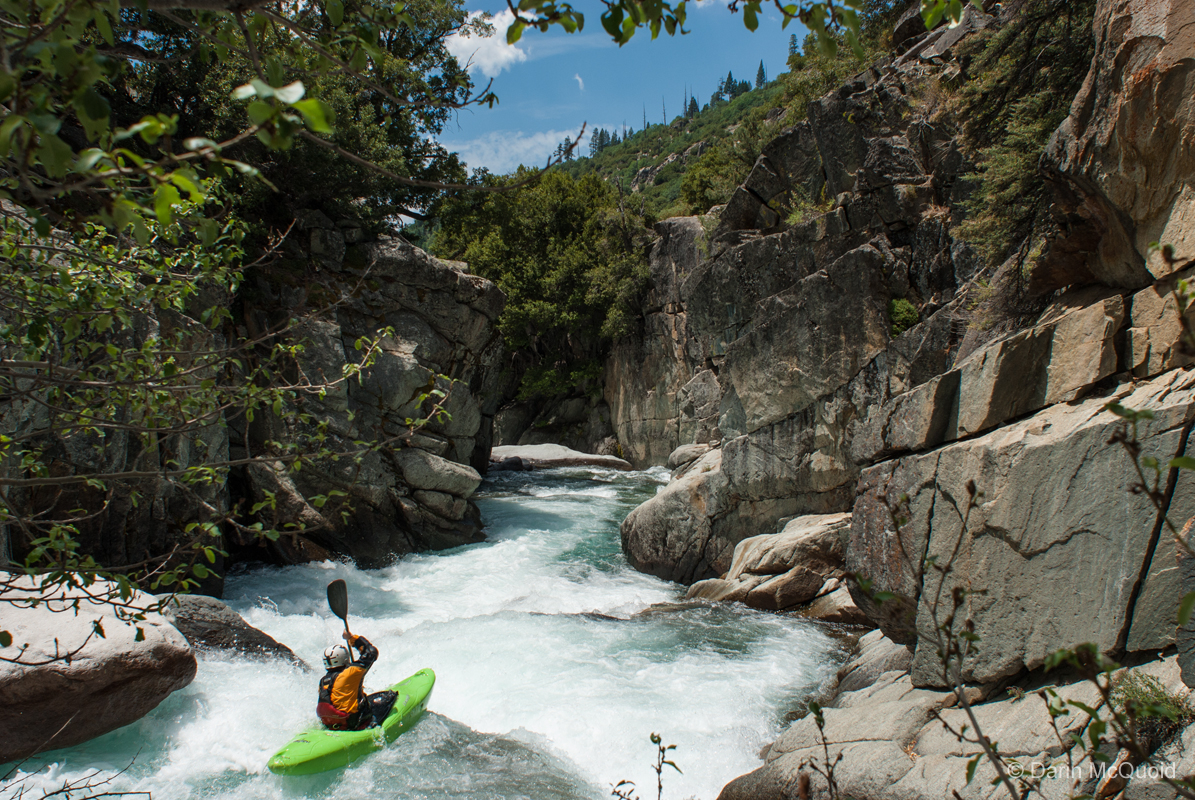 Perhaps the most dubious of the section. 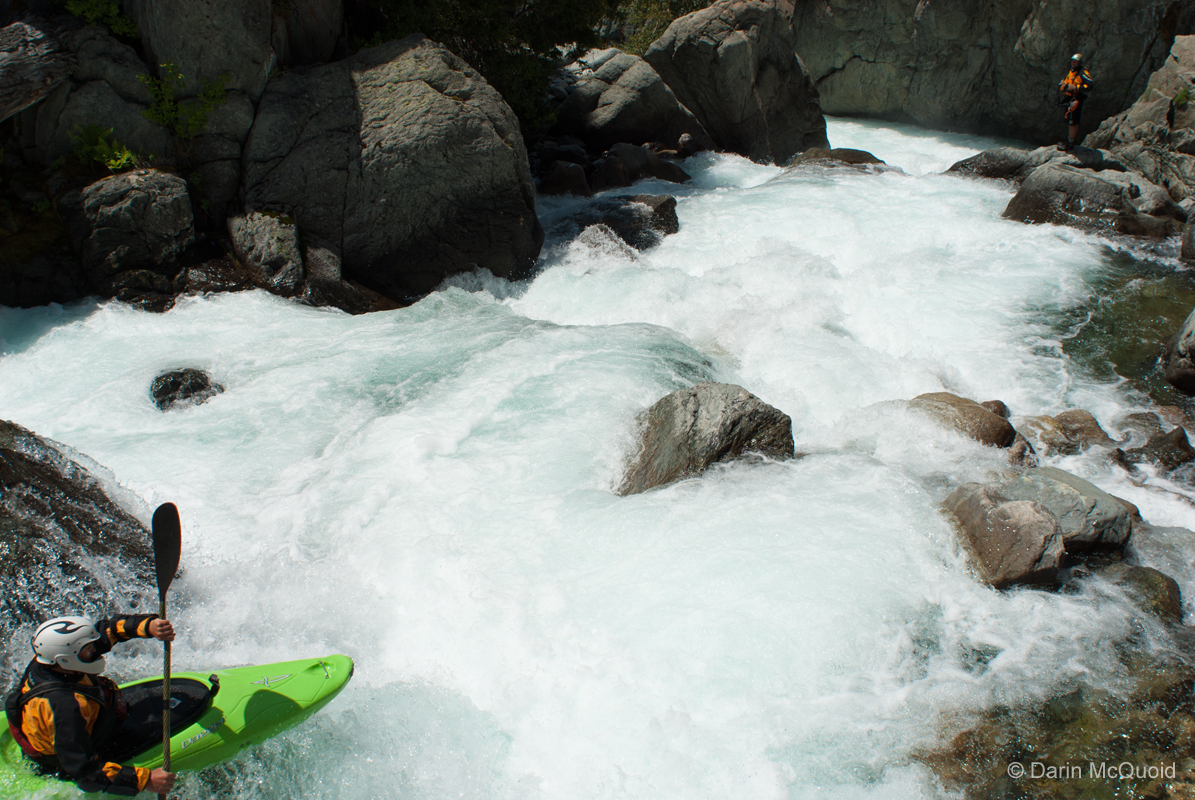 Corey Boux exiting the last rapid of the Mandatory Gorge. 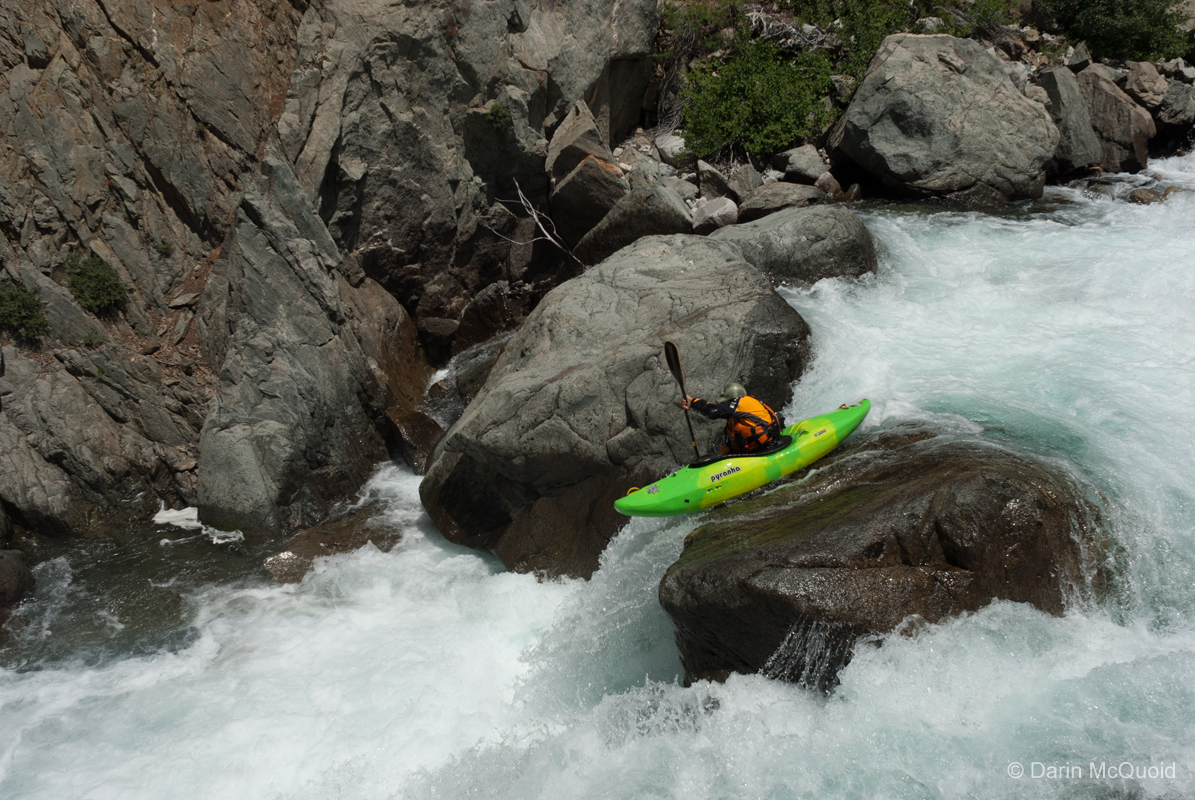 As the Kings exits the gorge, it turns into a good section of nonstop class III before emptying into Simpson Meadow. After a brief respite in Simpson Meadow, the river gets steep and the rapids come one after another for several miles. We dubbed this section the “Middle Four” in relation to the more infamous “Bottom Nine.” Rapids in the “Middle Four” aren’t as big as the Bottom Nine, but they are considerably more manky. We had hopes of making it to Tehipite Valley, but due to consecutive late starts were behind schedule and camped out in the midst of the Four. As someone said “all boulder gardens look the same”, and we were making time with aggressive boat scouting, so no photographs.